The Toyota Camry is free from imperfections, joy.

Charles Babbage was an English mathematician, philosopher, inventor and mechanical engineer from the mid-1800s and is considered by some to be the “father of the computer“.

Babbage is credited with having invented the first mechanical computer. All the essential ideas of what we would understand as a modern computer can be found in Babbage’s original Analytical Engine.

One of the benefits of the computer touted by Babbage was the unerring certainty of machinery. Meaning that Babbage theorized that because an operation was performed by a machine, it would be infallible—a perfect performance as the result of exact, unerring precision thanks to its freedom from human flaws.

To err is human. To be infallible is not.

The Toyota Camry has been with us for significantly less time than the computer. While Babbage’s original mechanical computing machine dates back to 1822, the Camry has only been here since 1982.

However unlike mechanical computers, the Camry is somehow still relevant today.

The Toyota Camry SE is a mid-size-ish sedan with modern-ish styling, middle-of-the-road equipment, reasonable gas mileage and which makes no real attempt to come off as “performance oriented” (outside of the new, top-line TRD trim). 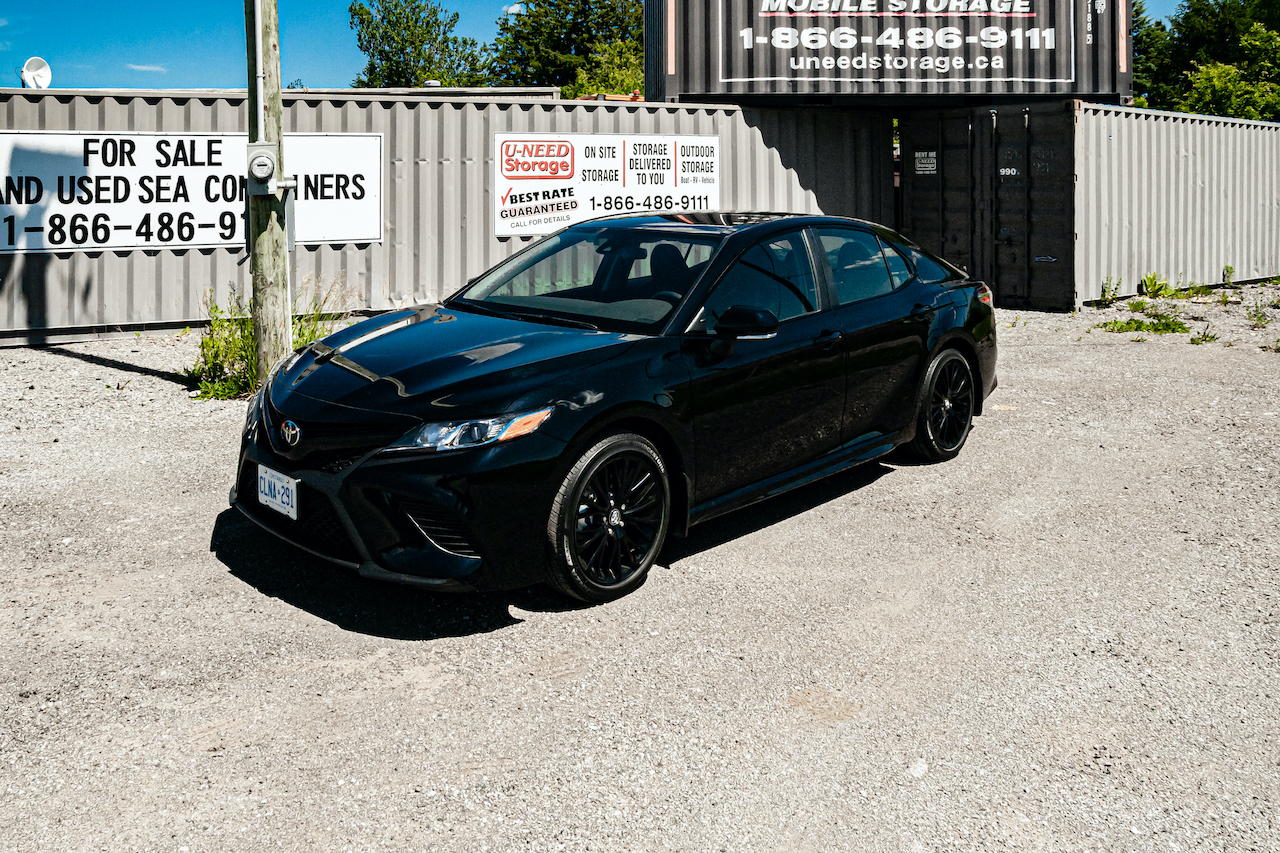 It is not a cheap-thrills sports saloon, nor is it pretending to be an upscale luxury sedan.

And that makes the Camry something of an anomaly in today’s marketplace. In the midst of crossover SUVs dominating the commuter market, here comes the Toyota Camry to shout about… absolutely nothing.

This is an entry level sedan, in the year 2020, that has absolutely nothing unique or interesting to offer the world. And yet it is still viable in the market. How?

Sure the exterior is more sporty looking than it’s ever been. You might think it kind of looks like a NASCAR stock car. But with its sensible 206 horsepower being produced by its sufficient 2.5-litre four-cylinder engine, as well as its cushy ride and feather-weight steering, it’s not sporty. At all.

The car accelerates to 100 km/h in about 8.3 seconds which is, in no uncertain terms, not fast. Some may call it slow by modern standards.

Because the car never bites you, even a little, you can drive it at 100% all the time and never scare or tire yourself out. And that is admittedly fun for a little while. You think to yourself, “Great, this is a 200-horsepower sedan that I can drive like I stole because it’ll never get me in any trouble.”

I drove this thing for an entire week like I was escaping a bank heist, and I still managed an average fuel economy of 7.1L/100 km.

But even that gets boring pretty quick. Danger is an imperfect state of being… but it is where excitement and fun come from. 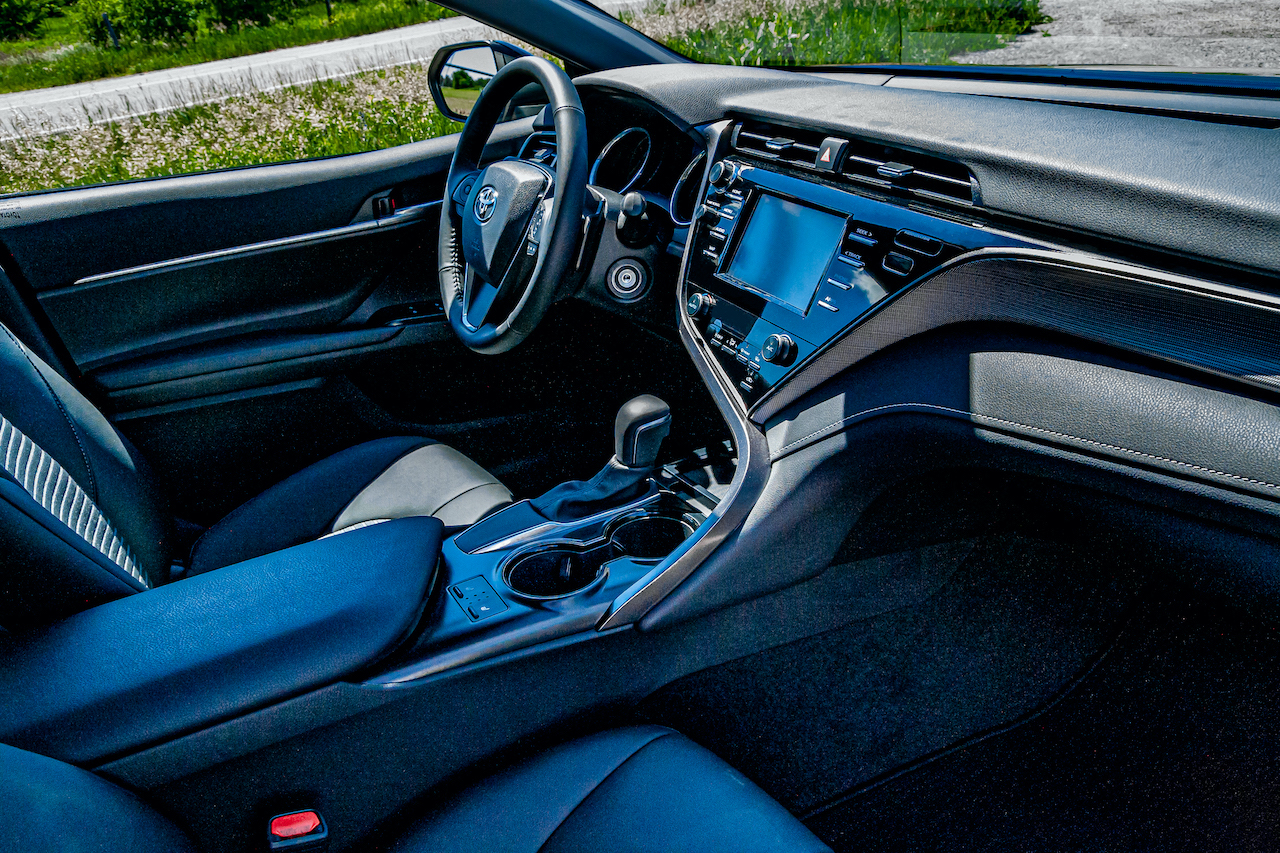 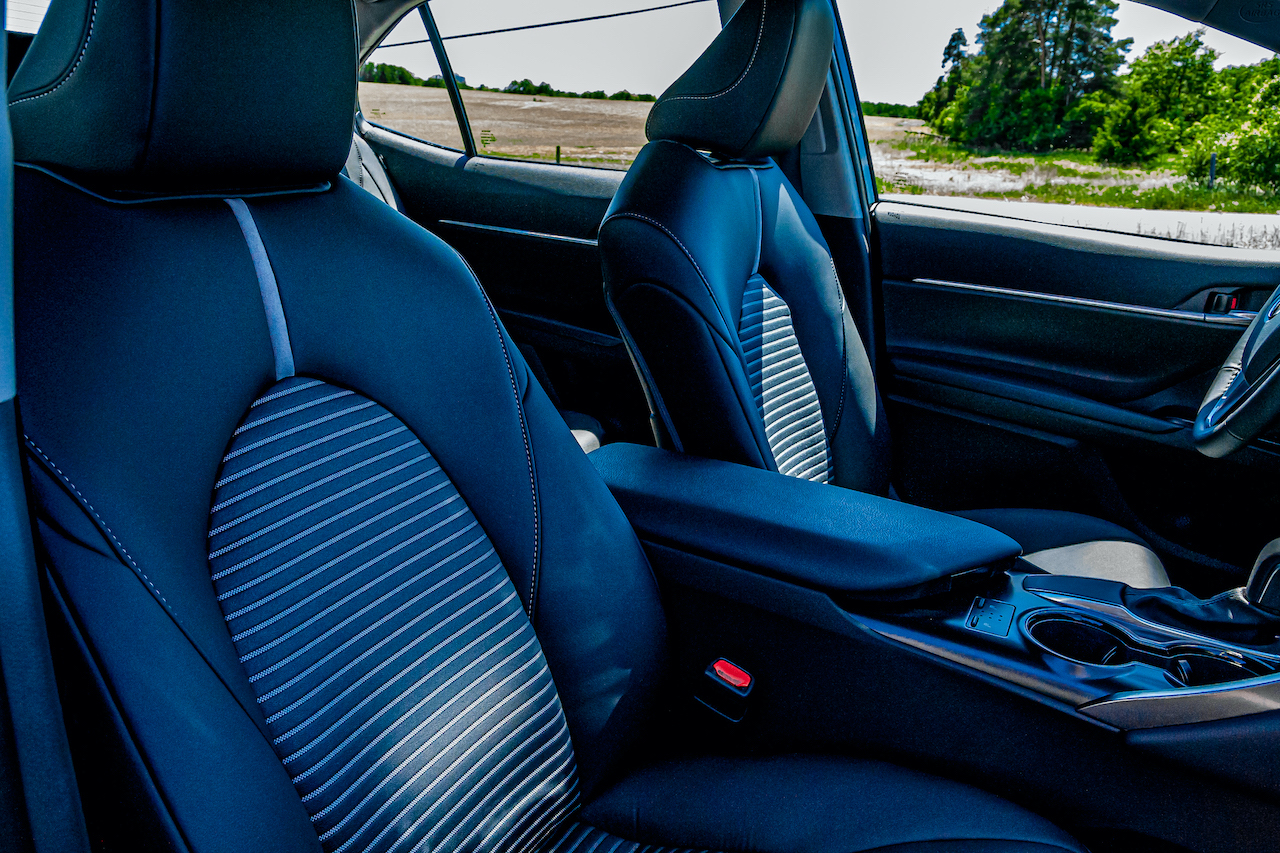 So “sporty” is out as a differentiator. What about luxury?

The Nightshade package does a lot to improve the Camry’s luxury cred, if only from a distance. For an extra $2,000 on top of the Camry SE’s starting price of $28,550 you get black window trim, side mirrors, door handles and a rear spoiler, as well as 18″ Black Alloy Wheels. Even the badges are all blacked out.

Get yours in Toyota’s Midnight Black Metallic (as featured) paint colour, and it will make your Camry look like it’s a much more expensive car than it actually is. Again, if only from a distance.

And I have to say, the whole Nightshade thing makes the Camry look sharp, sleek, dignified, even cool. I’d say it’s worth every penny of that $2,000 option.

In a lot of ways, the Nightshade package is all the luxury most people want anyway. Admit it, when you lust after a Mercedes, you’re dreaming of being wrapped in black-on-black, shiny and chrome. If that’s your priority, for $30,000, here’s the Nightshade.

“Nightshade” is also a great name. Sounds like an X-Men character.

However, it remains that the Camry is not a luxury sedan. The quality of the material is… sufficient, but certainly not anything you would classify as “luxurious”. The spec sheet says the interior is a “mixture of fabric and leather”, but honestly it feels more like a coach seat on an airplane. Not a bad coach seat, mind you. But certainly not first class.

Everything inside feels like your iPhone. Simple, to the point, ergonomic, easy to understand and use. The learning curve is exactly zero for all the Camry’s infotainment interfaces.

There are no strange quirks or surprises of any kind to be found inside, nor is there anything that will make you feel like you’ve somehow arrived at a higher status class. 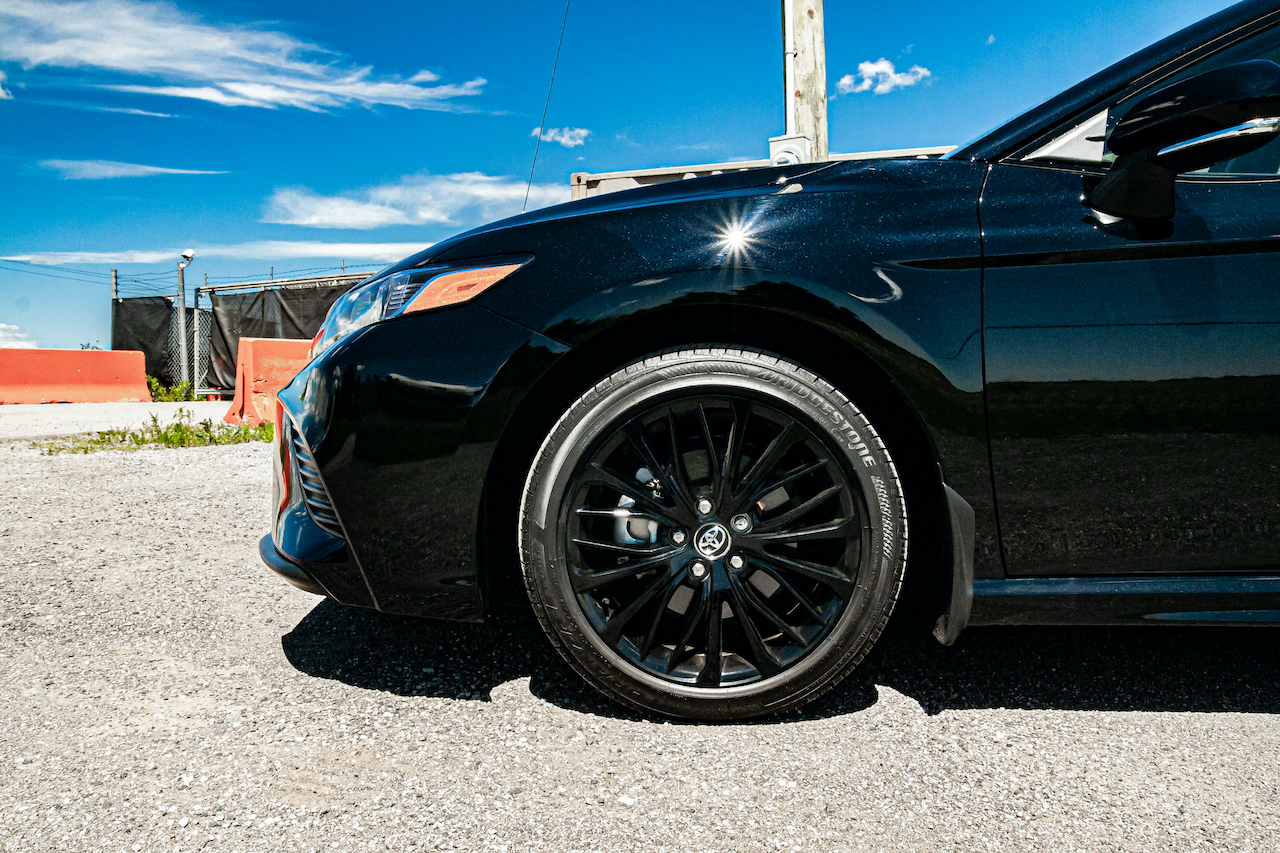 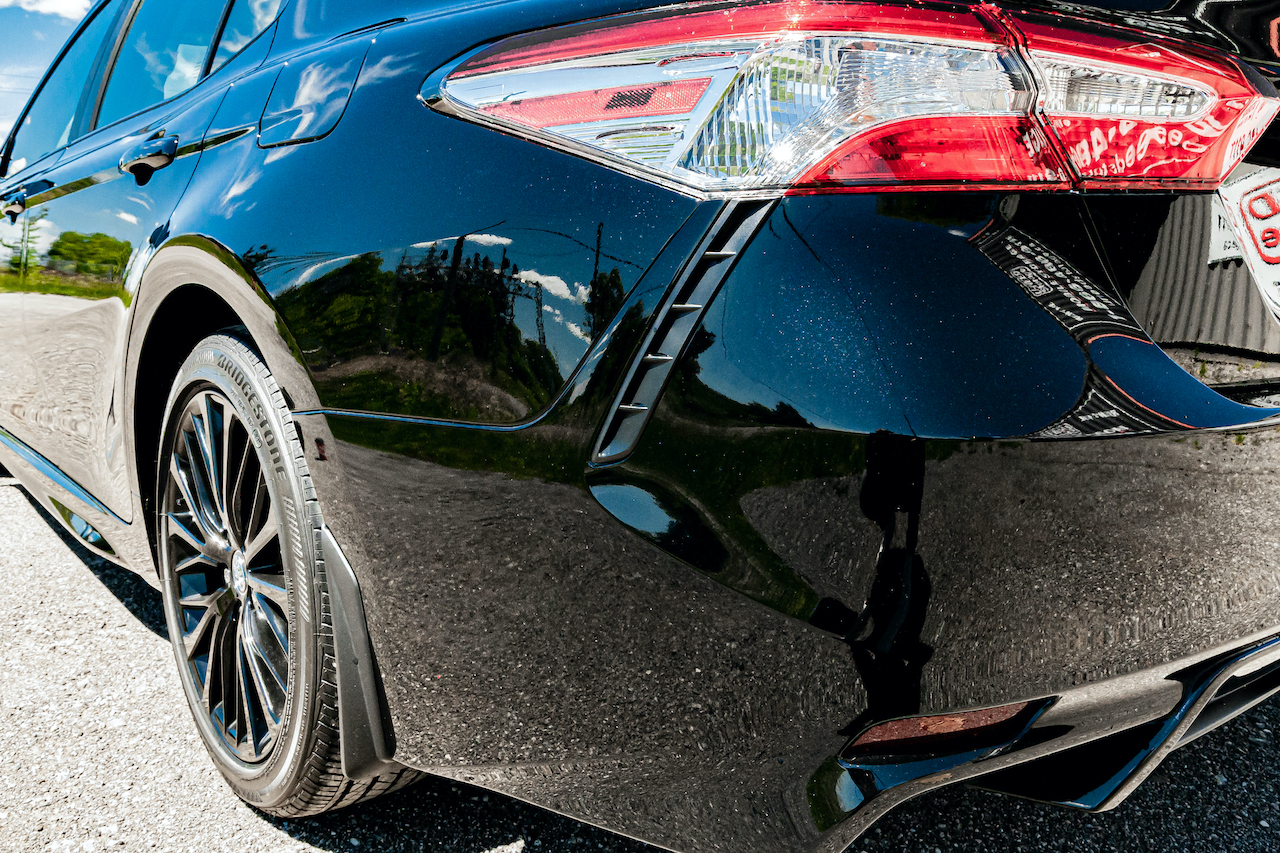 It is not sporty. It is not luxurious. It doesn’t offer any distinct advantages over an equally priced crossover SUV.

But let me be perfectly clear, there is nothing tangible to strongly dislike about this car at its price point. As a mode of transportation, this vehicle does nothing wrong.

If you bought a Toyota Camry, as something to use every day to get to work or school, you would be absolutely satisfied. It’s easy to drive, it’s easy to live with, its purchase and running costs are relatively low. There is nothing weird or unique about it. Nor does it do anything particularly quirky or exciting.

In fact, it performs each task with unerring mechanical precision just as Charles Babbage said it would.

And if that’s what you’re looking for in a car, the iPhone of automobiles, then I encourage you to buy a Camry. You will not be disappointed.

But I think if Toyota really wants this vehicle to appeal to a youth market, if they want the Camry to maintain and grow its cultural relevance as crossover SUVs devour the buyers who are really just interested in “a car”, then they’ve got to give the Camry some soul. Not just in top tier TRD trim, but in the SE model—the one kids can afford to drive to college.

I’m not saying it needs a million horsepower or an interior made out of hand-raised alligators, but something small to make it imperfect. Maybe even a little fun.

I think a noisier exhaust would work. It doesn’t have to be anything crazy. Just a little burble to trick me into thinking the Camry has a personality—that it’s more than just a cold, calculating, infallible machine.

The Camry is a great car. It’s fantastic value for money. It is as close to perfect as a car gets in that it commits no sins. 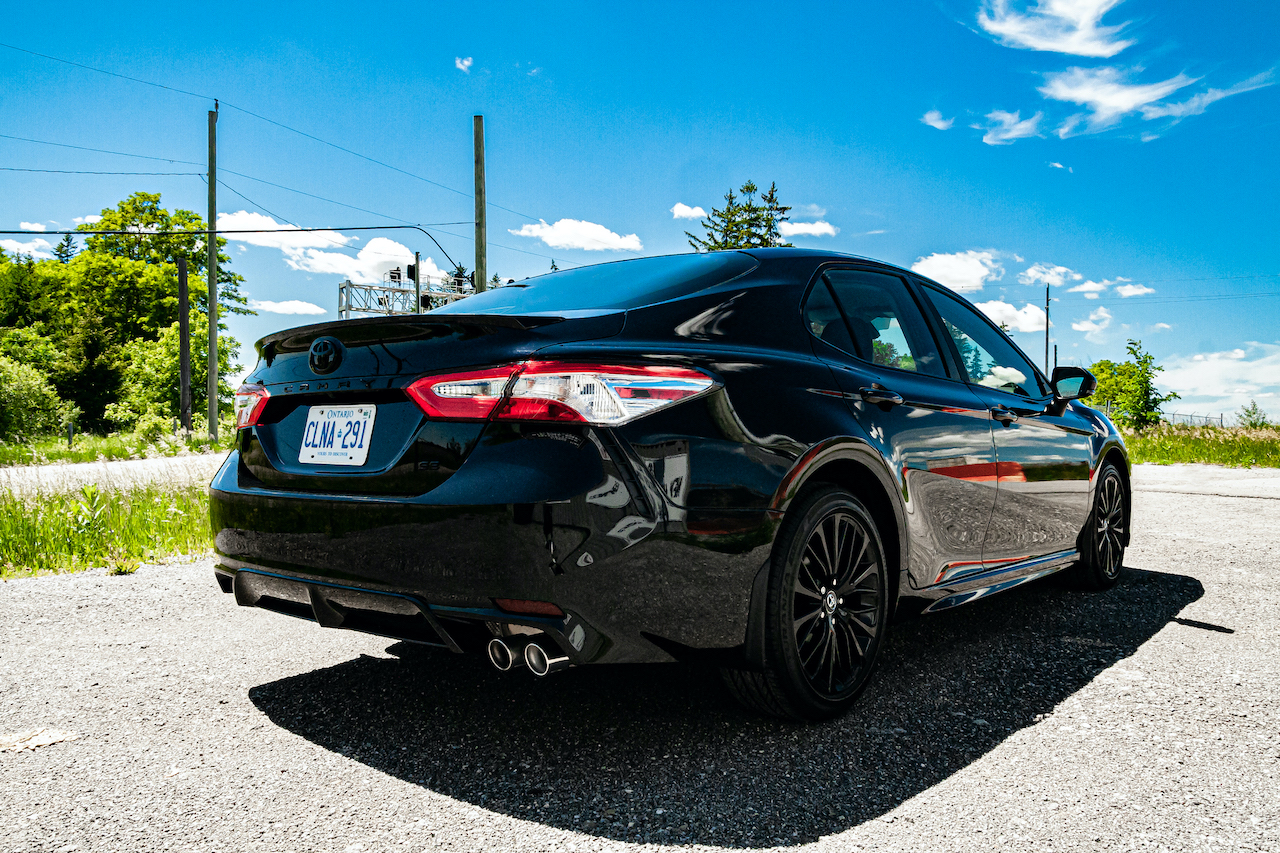 And I think it’s that last part, the promise of infallibility— to be without sin— that’s the thing which currently differentiates the Camry in the marketplace. Its nameplate still carries that promise for its dedicated buyers.

But… who really wants to hang out with someone who commits no sins? I’m not saying we have to light the school on fire, but jeez, let’s maybe smoke a joint under the bleachers and live a little.

The Toyota Camry’s absence of flaws and character mean that it doesn’t feel human, and so I can’t develop a relationship with it. Like my iPhone, Charles Babbage’s mechanical computer  or some other piece of unerring technology, I may be impressed by it, but I will never love it. 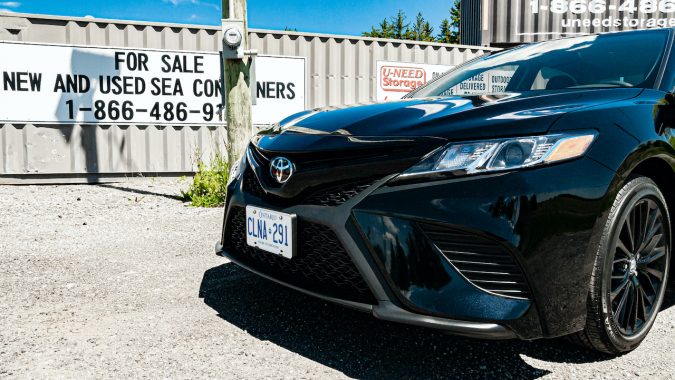 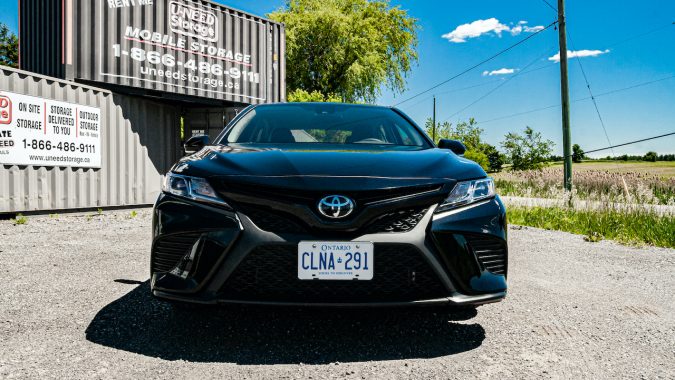 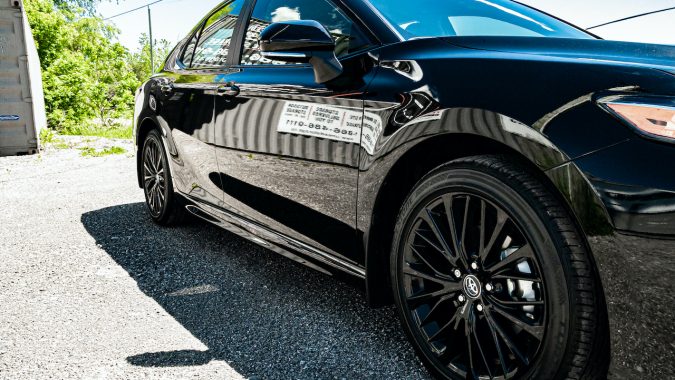 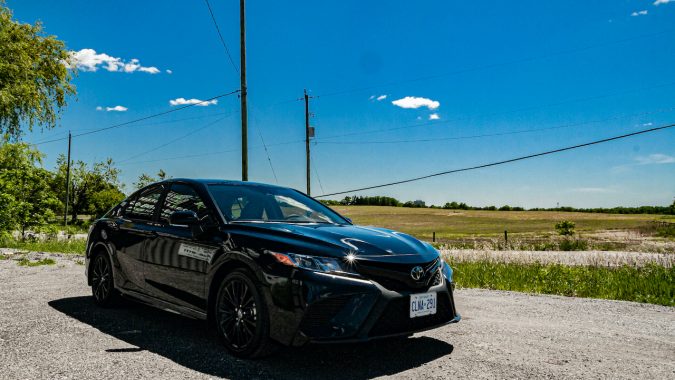 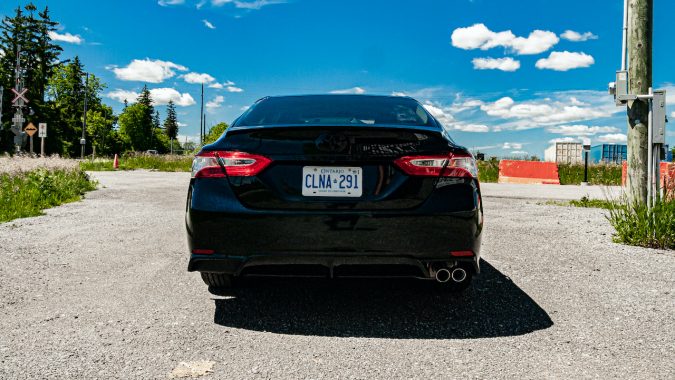 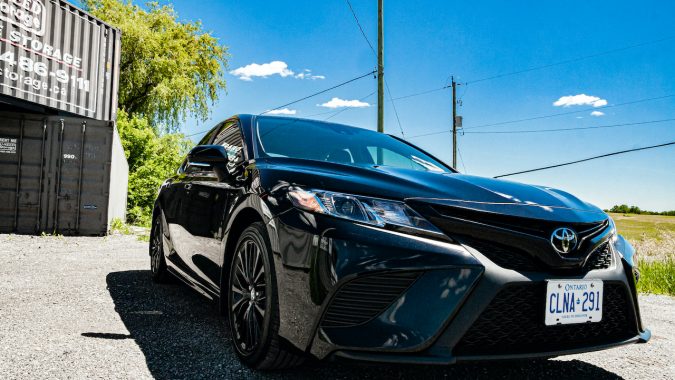 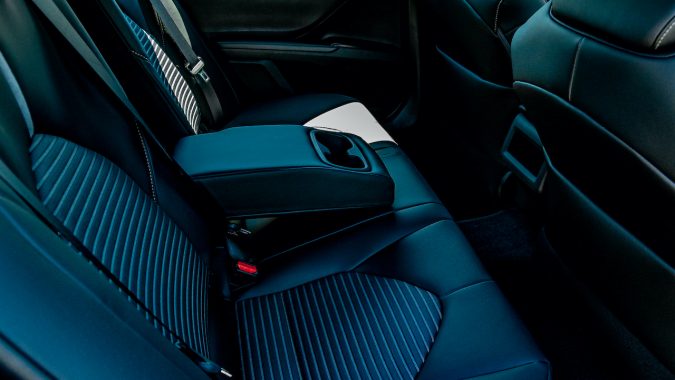 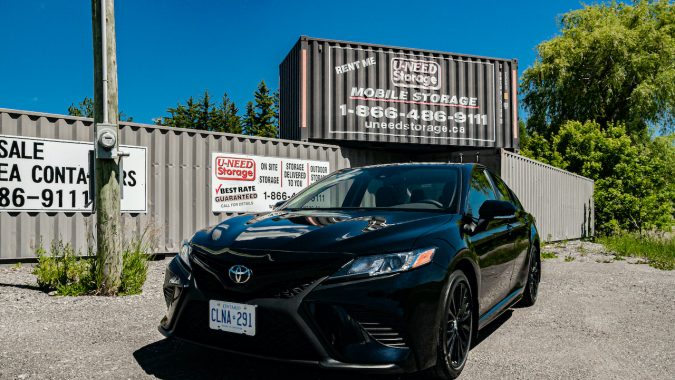 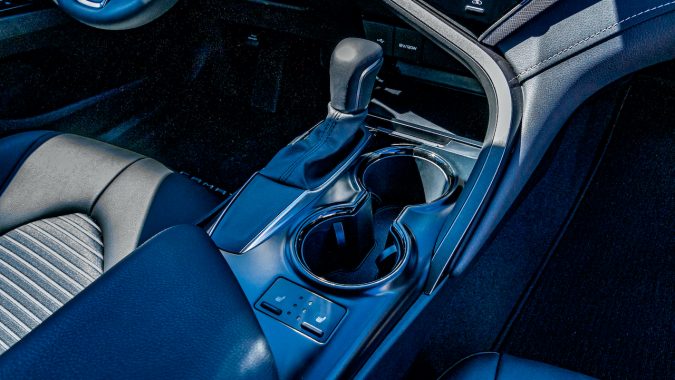 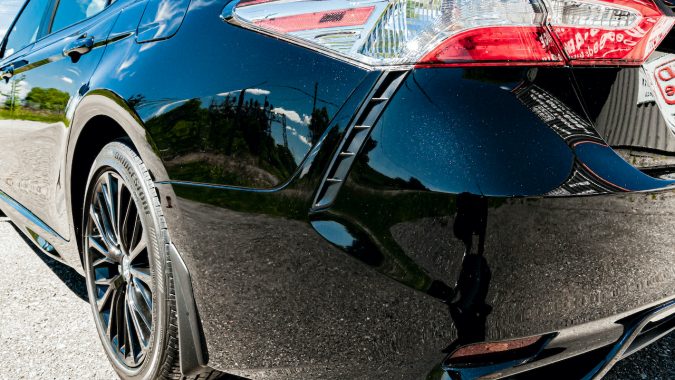