Pop quiz, hotshot (can you tell I just watched an old Keeanu Reeves movie?): What model is touted as the best-selling plug-in hybrid SUV in this country? You are excused if you think it is built by Toyota, a wholly reasonable answer given the brand’s EV knowledge garnered through years of Prius sales. Tesla? No; the House of Elon technically sells pure electric vehicles, not hybrids. The answer is – are you ready? – Mitsubishi.

Yes, that Mitsubishi. The company which used to be known for its Fast n’ Furious lineup of cars and coupes but is now better recognized for selling a raft of family-friendly crossovers. Hey, if that’s what the general public wants to buy (and there’s plenty of data to support that they do) who are we to argue against stacking one’s deck with profitable metal?

After enduring a dearth of new product, sales of the Diamond Star brand have been on a steady rise. A quartet of crossover-style SUVs inhabit Mitsu lots, along with the diminutive Mirage subcompact. For a brand some talking heads had written off for dead just a few short years ago, they’re doing remarkably well and plunging ahead with expansion plans. In fact, there is a spanking new Mitsubishi dealer in your author’s hometown, selling RVRs and Outlanders since the beginning of this year. 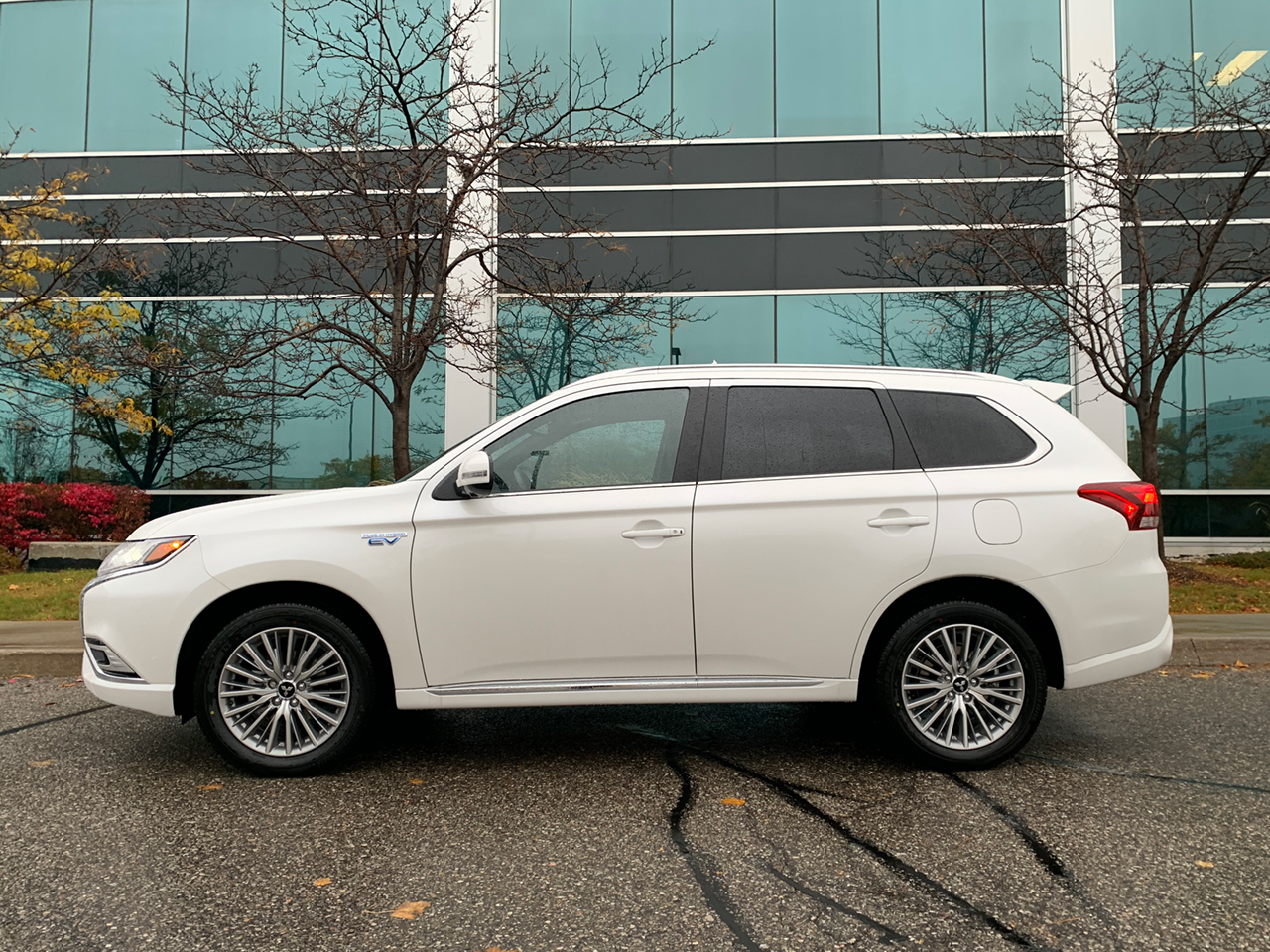 Crossovers with a hybrid powertrain sans plug-in capability are easily found – look no further than new offerings from high volume brands like the aforementioned Toyota. Ones which permit a healthy amount of electric-only driving thanks to a large battery and the ability to juice the thing from a wall plug are notably thinner on the ground…unless you’re at a Mitsu dealer. The Outlander brand sold 10,701 units; of that number, 4341 were plug-in hybrids. Those numbers – and the proportion of PHEVS in terms of total sales – is nothing to sneeze at.

Twin 80 horsepower electric motors are linked to a 12kWh lithium-ion battery and a 2.0L gasoline engine, the latter good for 117 ponies. Thanks to different power peaks, simply adding all those numbers together to arrive at the Outlander PHEV’s total power output is futile. Mitsu will say there is approximately 250lb-ft of torque on tap. Suffice it to say the car never felt terribly underpowered while cruising Ontario’s rural roads though drivers who are accustomed to a torquey turbocharged gasoline mill may be left wanting. Still, it had no trouble keeping up with traffic on the province’s soul-killing 401 highway.

Mitsubishi endows the Outlander PHEV with a trio of driving modes. Around town, it can deploy a Greta-pleasing mode called ‘EV Drive’, a setting which uses the lithium-ion battery to power the electric motors for a quiet and clean drive with zero fuel consumption and no CO2 tailpipe emissions. Expect to use this around town, as wind resistance and a number of other factors scupper this mode at highway speeds. The Outlander can travel 35 kilometres on electricity alone and, here’s the kicker, it can do so while providing traction to all four wheels. It makes sense why they heavily market this thing in the Great White North, then. 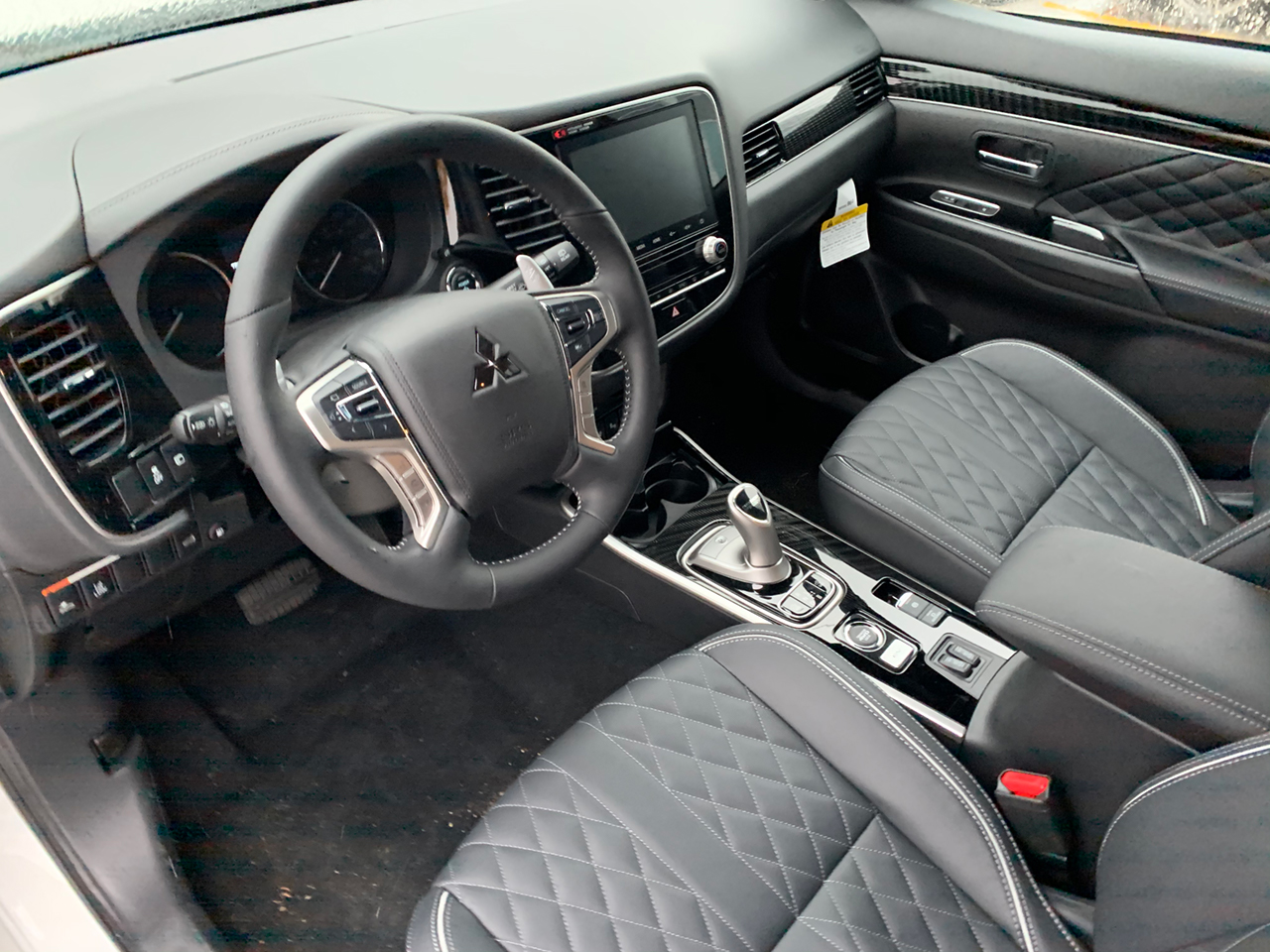 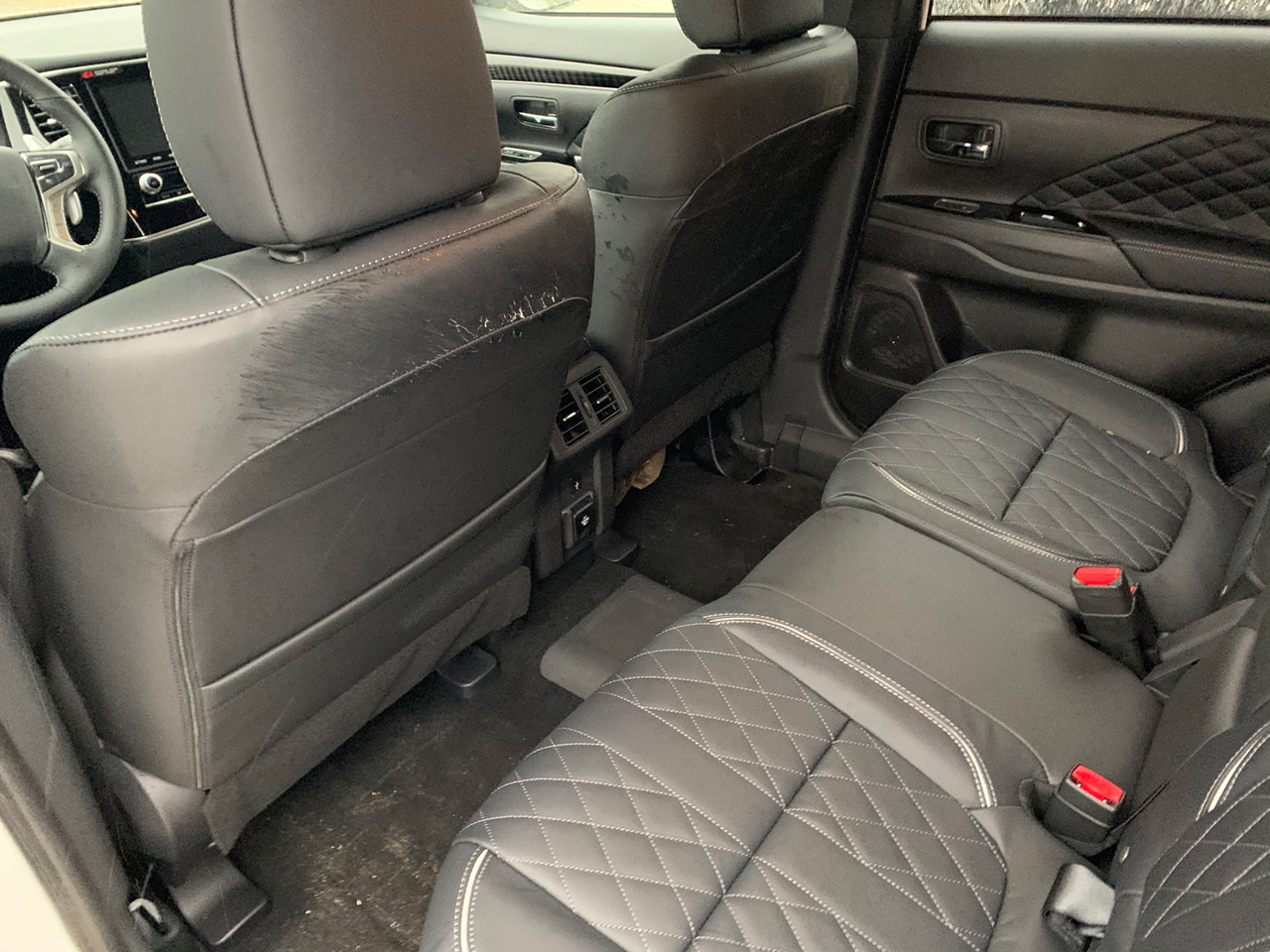 Your author fully admits he is easily confused between the concepts of series and parallel operation of hybrid vehicles. The full technical explanation would take Ontario’s entire internet bandwidth to explain but our editors did permit us to make the following observations. Series Hybrid mode uses engine-generated electricity to power the electric motors, providing an additional boost when more power is needed, including when driving uphill and accelerating. Parallel Hybrid mode employs the engine to power the wheels of the car, with assistance from the electric motors when extra power is needed, dumping excess energy back into the lithium-ion battery.

The upshot of all this tech wizardry is this: save for pressing a large and easy-to-find button when one desires to ride in EV-only mode, drivers of the Outlander PHEV don’t need to worry about selecting anything. Examining the driving conditions with the frequency of a teenager checking their TikTok account, the car automatically figures out what’s best and does the work for you. All you have to do is drive around and enjoy saving fuel.

For 2020, Mitsubishi has paid attention to some areas of the Outlander’s cabin that needed a rethink. Critically, the infotainment system has been the recipient of a major overhaul, binning the PlaySkool graphics and cluttered interface which made the whole thing look like an overcrowded PowerPoint slide. The screen now measures an acceptable 8 inches and includes the likes of Apple CarPlay and Android Auto, while the Rockford Fosgate branding has vanished. 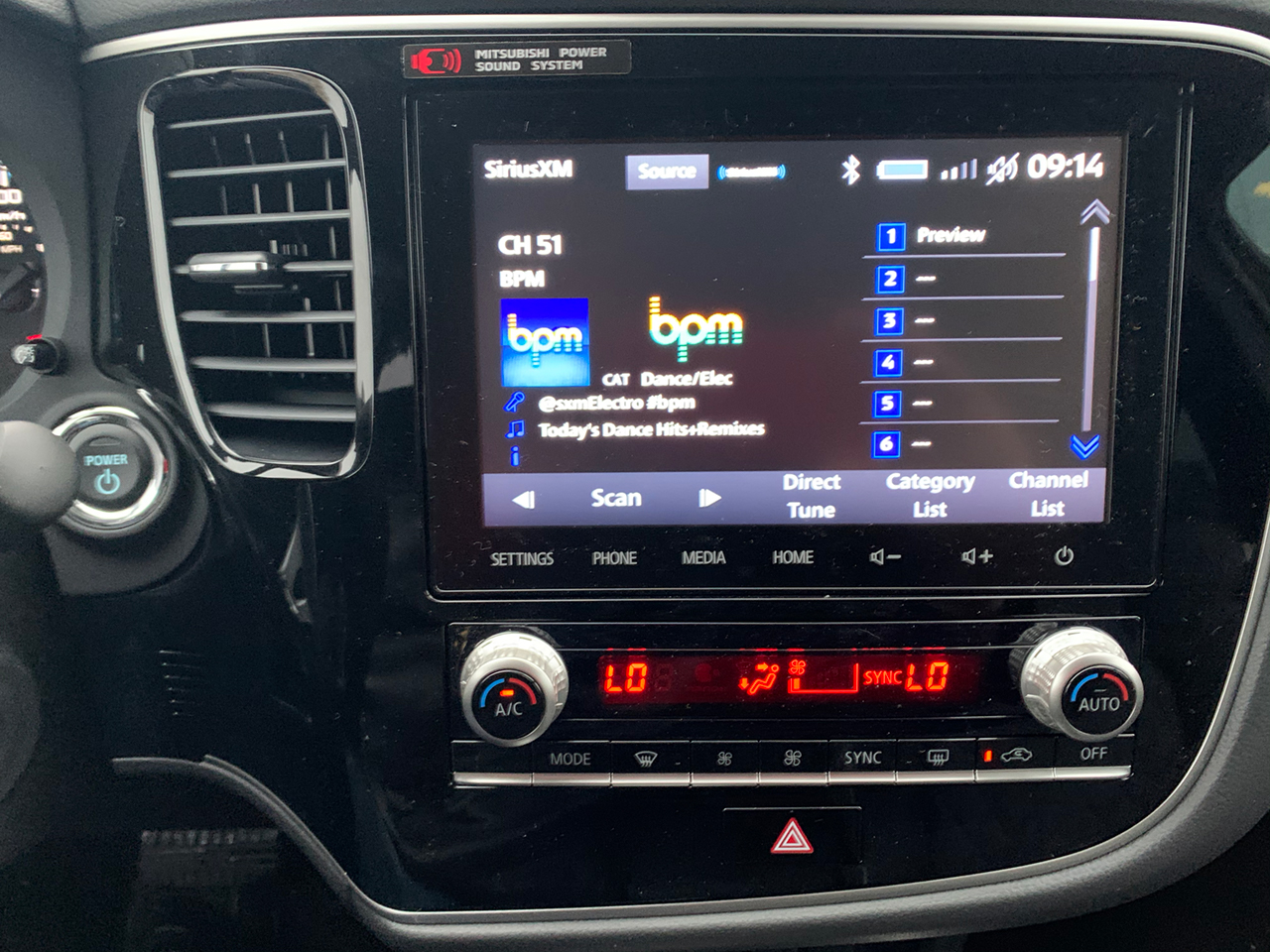 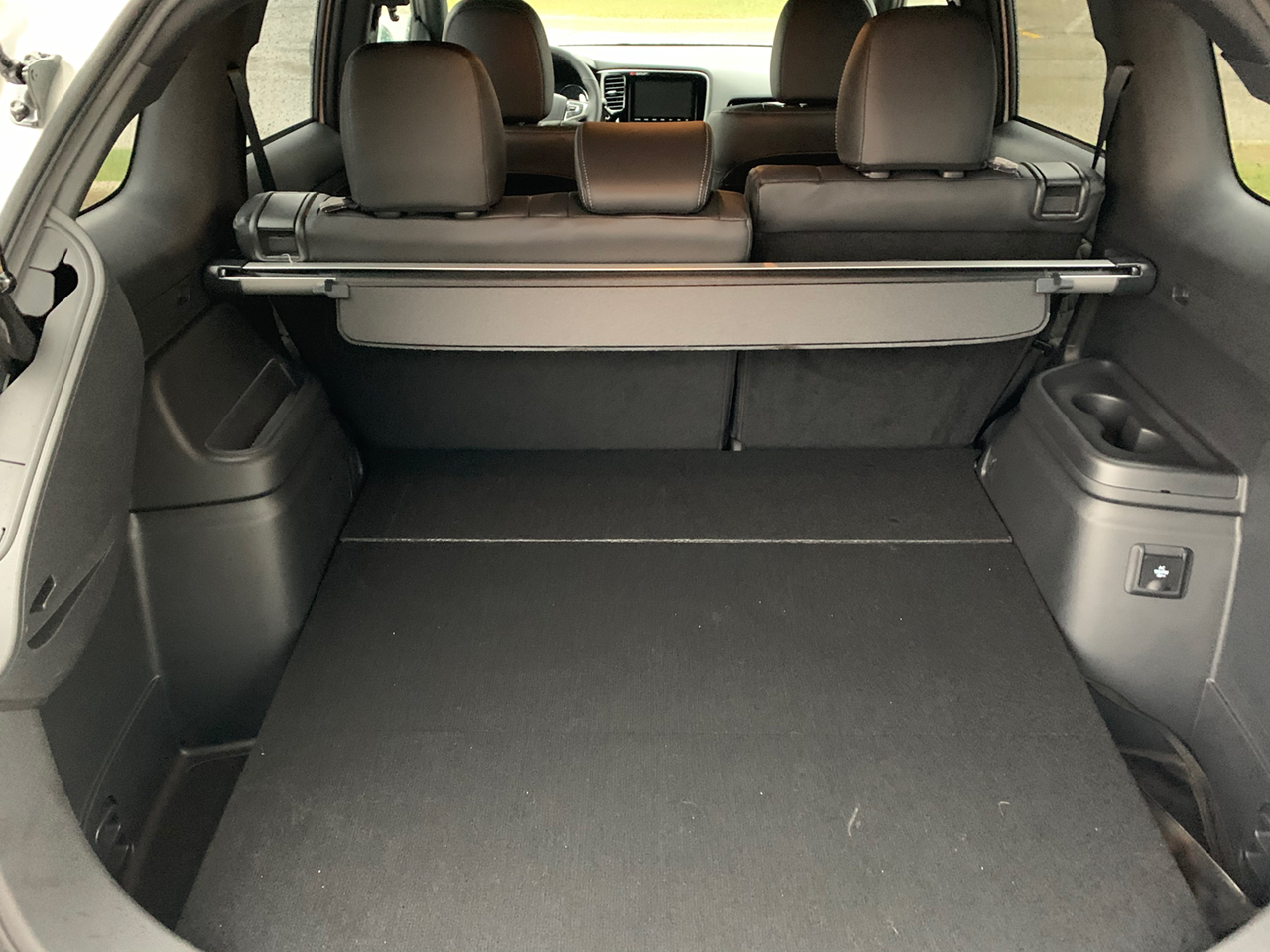 The joystick-like gear selector remains and takes a bit of getting used to. While these types of electric shifters are popping up with alarming regularity, this unit is very slight and offers no feedback whatsoever. In fact, a sullen teen will probably give you more information about their day at school than this shifter will provide about what gear it’s in. Be sure to study the large set of clear gauges to make sure you’re in the right gear before setting off.

Taking advantage of a driver’s propensity to be Always Connected, a smartphone app called Mitsubishi Remote Control lets owners pre-heat or pre-cool the Outlander’s cabin, check the vehicle’s current status, and set charging times to take advantage of any time-of-day electricity rates that may be available in your area.

Speaking of charging, the Outlander PHEV will accept a plug from DC quick charging Level 3 units, meaning its battery can hoover up an 80% charge in less than half an hour. More commonly found (and often free to use) Level Two chargers will take about 3.5 hours to perform the same trick, while plugging this thing into a 120V wall socket at home using the car’s supplied cord set means you’re on the hook for 8 hours of charging time. 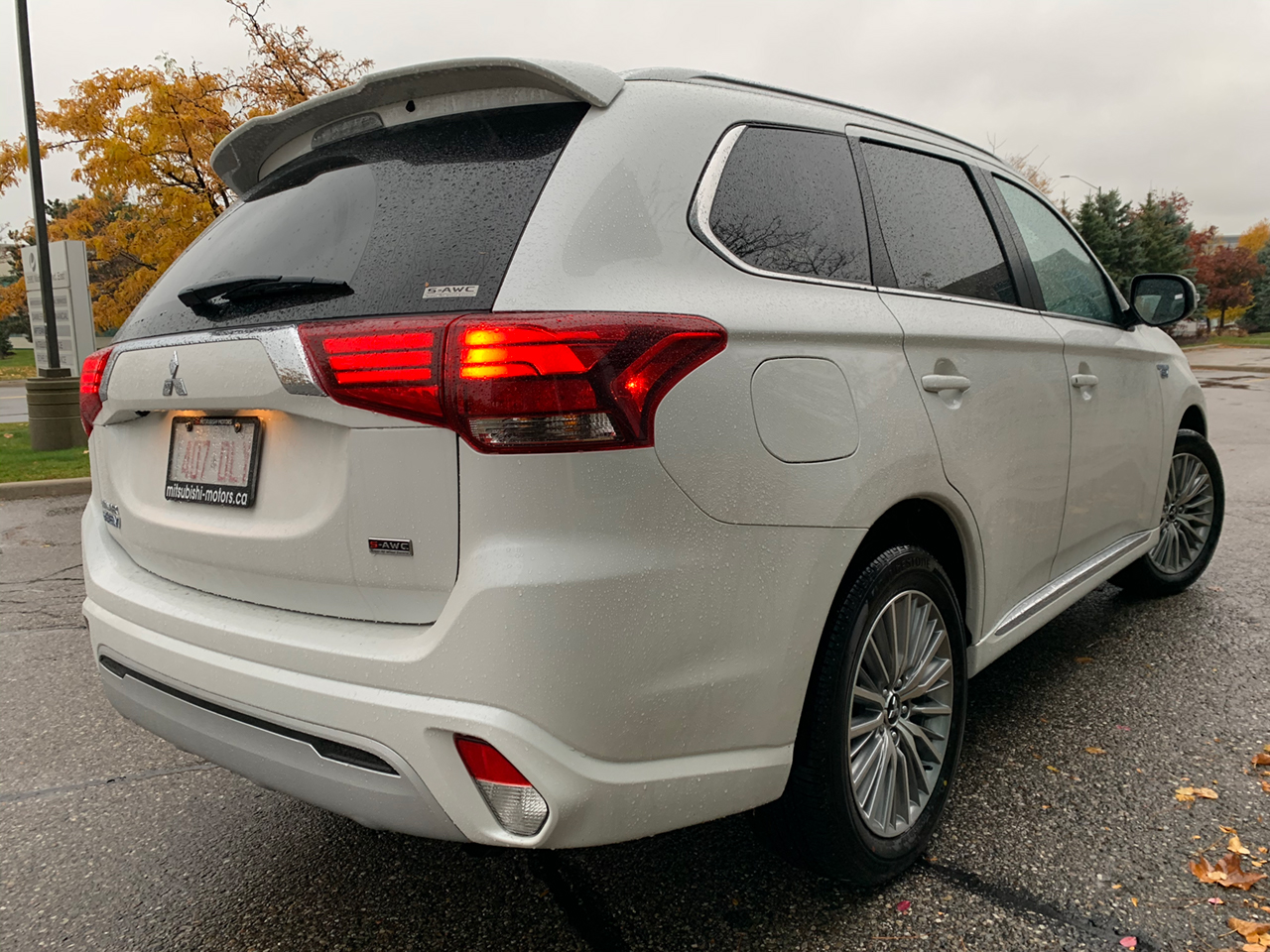 Our test rig was the top-spec model, priced at $51,998. This trim is an $8000 premium from the entry level SE, adding features such as a sunroof and the quilted-style leather seats you see in these images. There are also several driving aids, like adaptive cruise control and a multi-view camera system that are only found on the GT. Our advice? Stick with the entry-level model, especially since all the extra cheddar doesn’t buy you any further power or – more importantly in this segment – electric-only range.

It also matters not what Outlander trim one selects when applying for the federal EV incentive program. All four of them qualify for a $2500 stipend on a purchase or 48-month lease. This number steps down through $1875, $1250, and $625 for 36-, 24-, and 12-month lease terms respectively. Other provincial incentives may be available depending on where you live in Canada.

Mitsubishi reported 25,535 Canadian sales in 2019, surpassing a sales record from the prior year. In fact, the company has achieved three record years in a row, aided by the launch of a redesigned RVR and this Outlander PHEV. Surprised? Well, with a good plug-in hybrid crossover and a few supporting actors bolstering the lineup, we probably shouldn’t be.

Even Speed-era Keanu can figure that out. 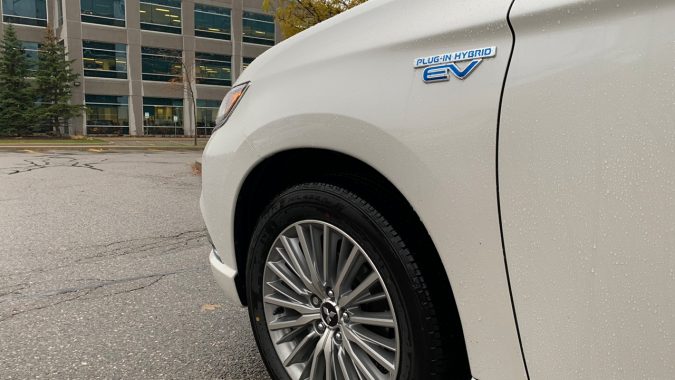 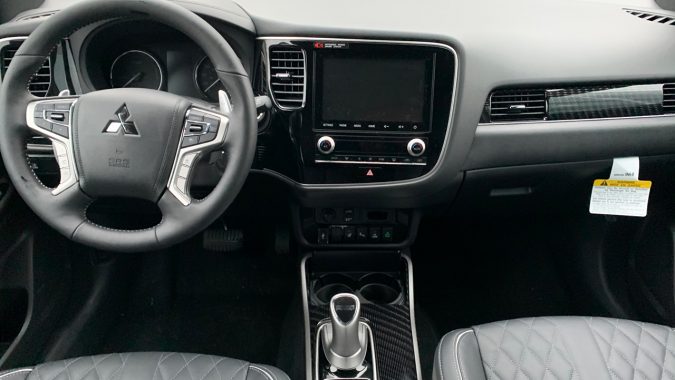