The “just right” cute-ute for driving enthusiasts and those looking for utility.

It’s no secret that many automakers are abandoning sedans – and now hatchbacks – in favour of the more popular, and therefore more lucrative crossover.

Mazda, the Japanese producer of mainstream yet engagingly sporty vehicles, is not ready to give up on the passenger car yet. But what they have done is expand their lineup to offer an increasingly diverse array of crossovers.

You love your Mazda3 hatchback but feel constrained by its compact size and ready to move up to a crossover? The CX-3, basically a lifted, all-wheel-drive Mazda3, is just too small; and the CX-5, too large? Slotting in between the two is the all-new 2020 Mazda CX-30, the just-right cute-ute for the driving enthusiast who yearns for the utility of a small crossover. Goldilocks? Here’s your car.

What doesn’t seem quite right is the awkwardness of its nomenclature. Why not just name it the CX-4 to help ward off confusion? Apparently, there’s a completely separate vehicle in China that already goes by that name, so we’re stuck with CX-30.

While the CX-30 has only marginally more interior space than the Mazda3, it offers the clearance and raised seating position favoured by today’s driver. Best of all, since it’s based on the Mazda3 platform, it still retains the sporty driving dynamics that have made the hatchback one of the most award-winning small vehicles on the market.

Under the hood, the GS and GT models feature a 2.5 litre naturally aspirated engine producing 186 horsepower and 186 lb-ft of torque. 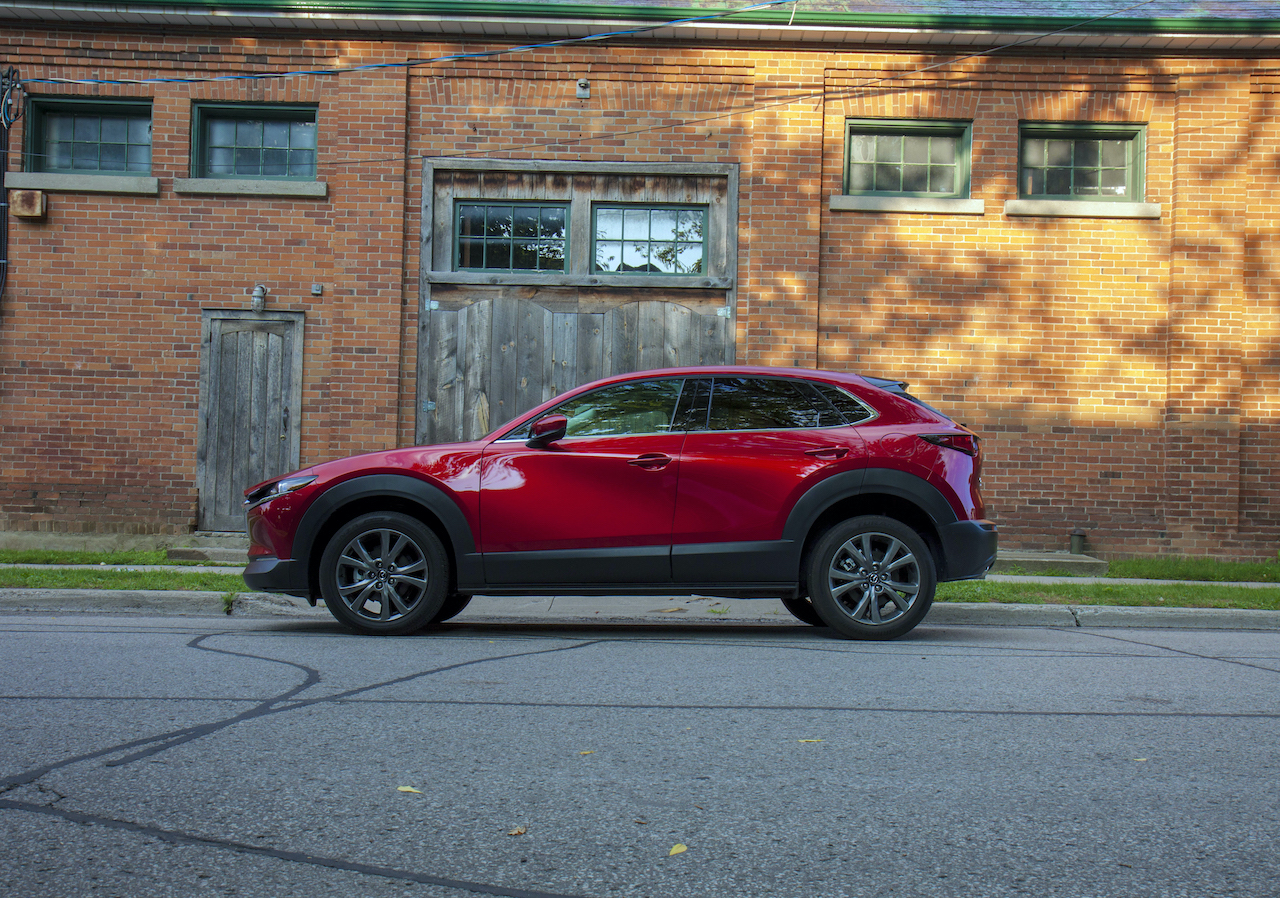 Unlike the increasingly common turbo-charged units used by other automakers, the four-cylinder’s maximum delivery doesn’t arrive until 4,000 rpm. Acceleration isn’t blistering fast but feels quick thanks to a quick-shifting six-speed automatic instead of the unfortunately ubiquitous continuously variable transmission used by more fuel-conscientious offerings. Wheel-mounted paddle shifters let the driver decide when to access the engine’s power band. Thanks to cylinder deactivation when the engine’s under light load, I averaged 8.2L/100 km over a week’s mixed driving.

We love the CX-30’s sleek, upscale lines, strikingly embellished with a candy-apple red paint so slick it appears wet. Inside, the CX-30’s design is as clean and uncluttered as its elegant exterior. Instead of endless cascading screens, there’s a central command centre between the front seats to control the (non-touch) dash-mounted screen. Simple controls not only lessen frustration, they help reduce driver distraction – their tactile operation keeps the driver’s eyes on the road rather than a touch-screen. 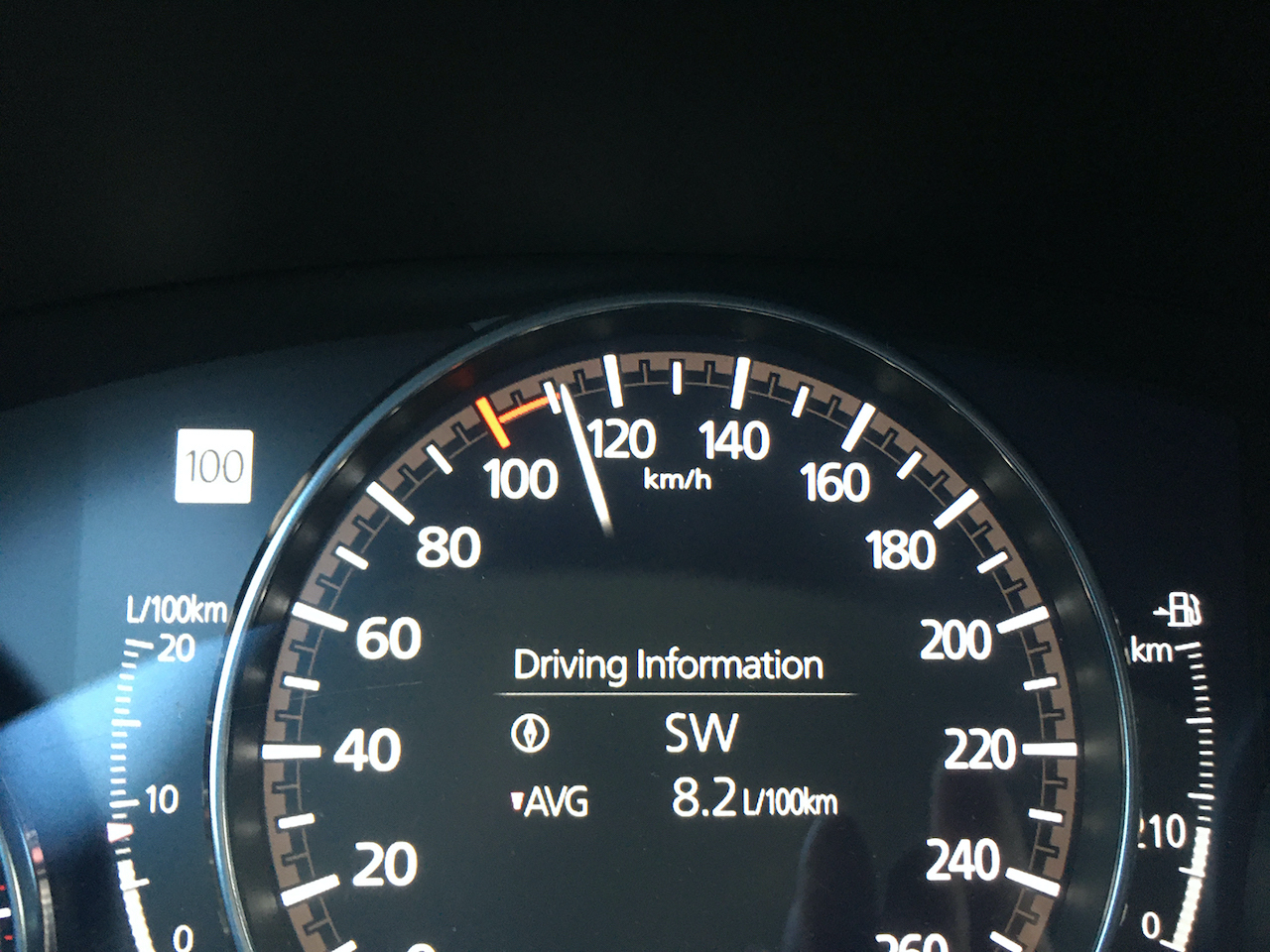 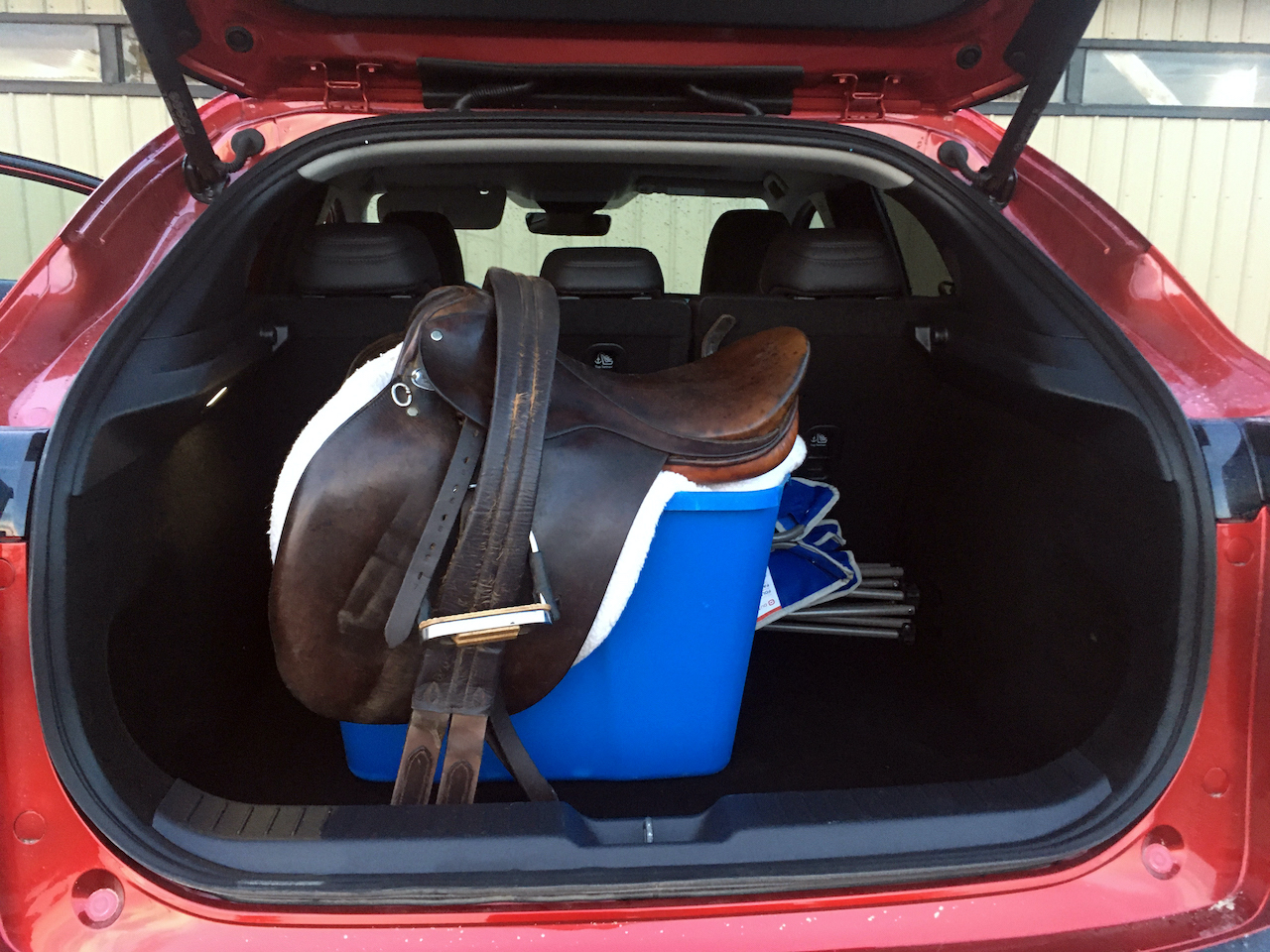 Seating is comfortable, although rear passengers aren’t as generously accommodated as the front. Cargo space at 572 litres is only 3 litres more than the Mazda3. Personally, I gauge a trunk’s usefulness on whether it has the height and depth to carry all of my horse gear – without having to put a smelly saddle on the rear seat. Unlike the previously driven Toyota CH-R and Porsche Macan, the CX-30 easily accommodated it all.

For me, a driving enthusiast who loves a peppy hatchback, yet appreciates the versatility of a crossover, the Mazda CX-30’s size and practicality strike just the right balance. 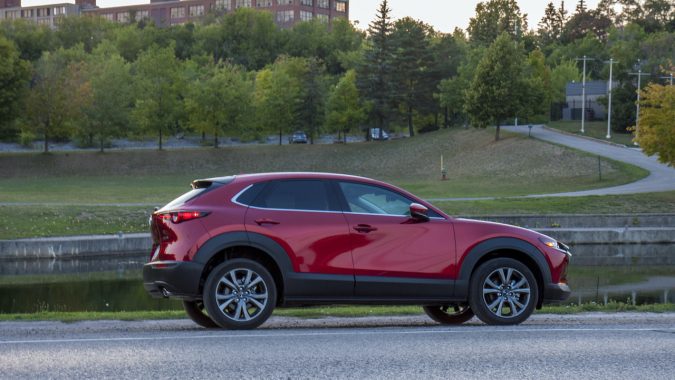 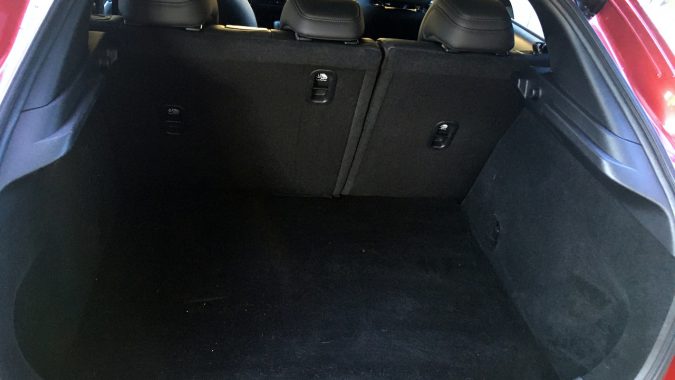