The Sportage’s rapid evolution since it first set foot on our shores two decades ago shows just how much the Kia brand has changed. What started life as a cheaply made, body-on-frame adventure machine that would often get mistaken for a Russian-built Lada Niva, the Sportage has transformed into a refined, peppy, and quirky looking urban runabout.

Perhaps, more importantly, is how much the product’s overall build quality has grown in such a short time, giving more established brands a solid run for their money.

Yes, the Sportage is yet another compact crossover, but it goes about doing its thing in its own unique way. For starters, it looks sort of cool, as long as you’re ok with your car looking like Yoshi’s egg (Google Super Mario World for reference).

The current-generation Sportage does not try to beat its rivals with cargo space statistics and fancy fuel economy claims, but rather comes out of left field as something fresh and a little funky. And for 2020, that formula has been massaged to near perfection.

Now in its fourth generation and with us relatively unchanged since the 2016 model year, the Kia Sportage underwent a mid-cycle update for 2020. Exterior changes are subtle, but substantial enough to make a difference, giving the Sportage a fresher and more assertive look than before. There are new standard and optional features, new wheel designs and a slightly upgraded interior by way of new materials and styling updates. There is also more driver assist systems across the board. 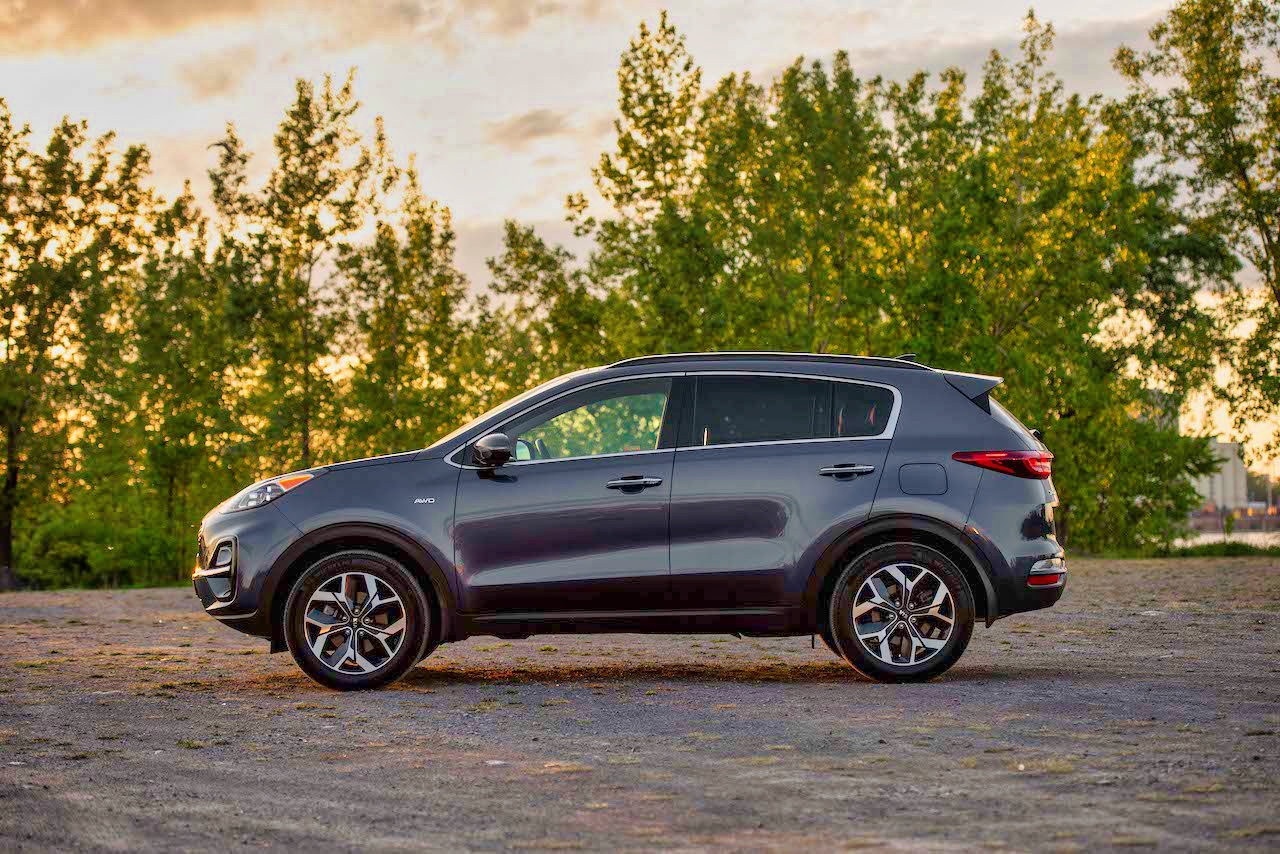 Powertrains, which have always been a Sportage strongpoint, remain unchanged. Base models make do with a tried and proven naturally-aspirated 2.4-liter four (as tested) good for a class-competitive 181 horsepower and 175 lb-ft of torque. It powers either the front or all four wheels via a six-speed automatic transmission.

Performance junkies will be happy to know that the surprisingly quick off the line turbocharged Sportage is still available, boasting a force-fed 2.0-liter four which pumps out a healthy 237 horsepower and 260 lb-ft of torque. In this configuration, a Sportage will sprint to 100 km/h from a standstill in just under 6.5 seconds, fast enough to embarrass some hot hatchbacks. 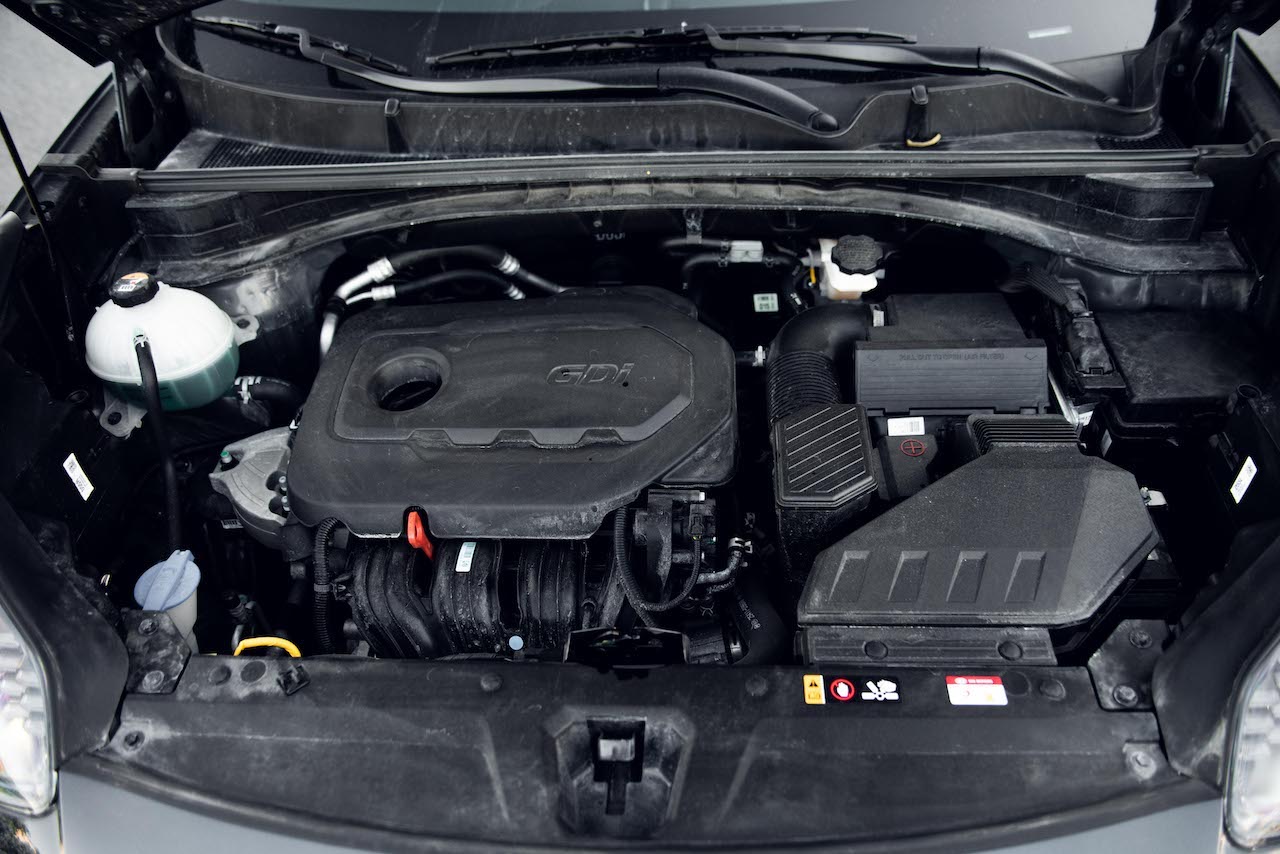 Our tester was a Sportage EX with all-wheel-drive, Kia’s mass-selling model that sits right smack in the middle of nine of available variants. Final price for the cute and frankly very well-equipped crossover you see here is $33,605.

The immediate standout feature when driving the Sportage, or any recent Kia product for that matter, is the straight-forwardness and impeccable build quality of its interior. Volume knobs have a solid, springy feel to them, gauges are big, clear and easy to read, and the infotainment system’s large icons and well-thought out menus allow it to remain up there as one of the industry’s best.

The Sportage simply gets the job done. Shift its six-speed automatic transmission into gear via a conventional gear lever, smash the throttle, and this little rascal gets up and goes in an urgent and energetic, yet efficient matter.

Of course, if it were up to us, we’d opt for the optional turbocharged engine, but that powerplant is unfortunately only compatible with the top-tier SX model, which stickers for a staggering $41,905. We wish Kia would offer this engine as a standalone option across the model range.

That being said, the base powerplant isn’t an entirely disappointing affair. If anything, it provides the right amount of power and torque for the Sportage’s intended purpose. Acceleration is modest at best, and the engine note is a little thrashy, but the six-speed transmission does a fantastic job of maximizing the power on tap. We particularly appreciate the fact that it only has six gears, allowing it to kick down faster when requesting more power. 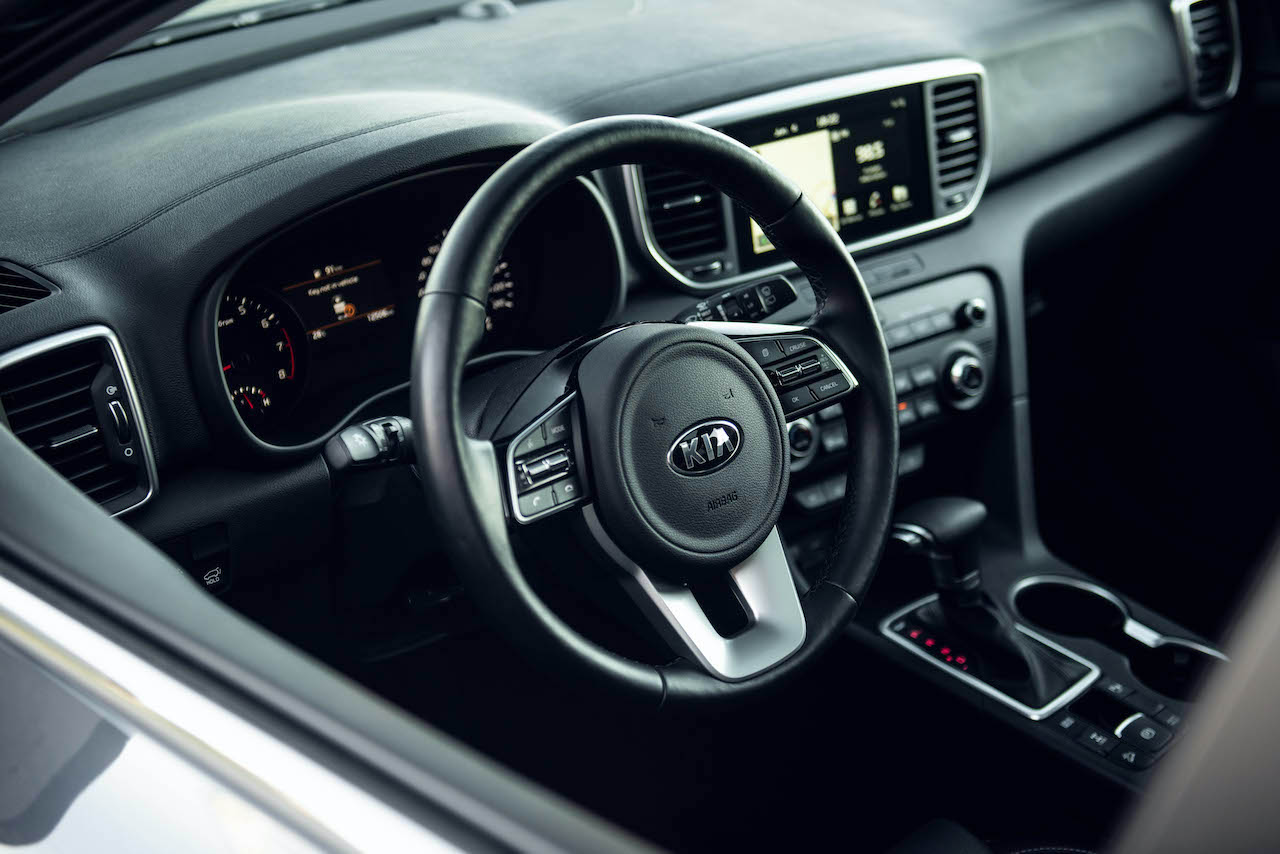 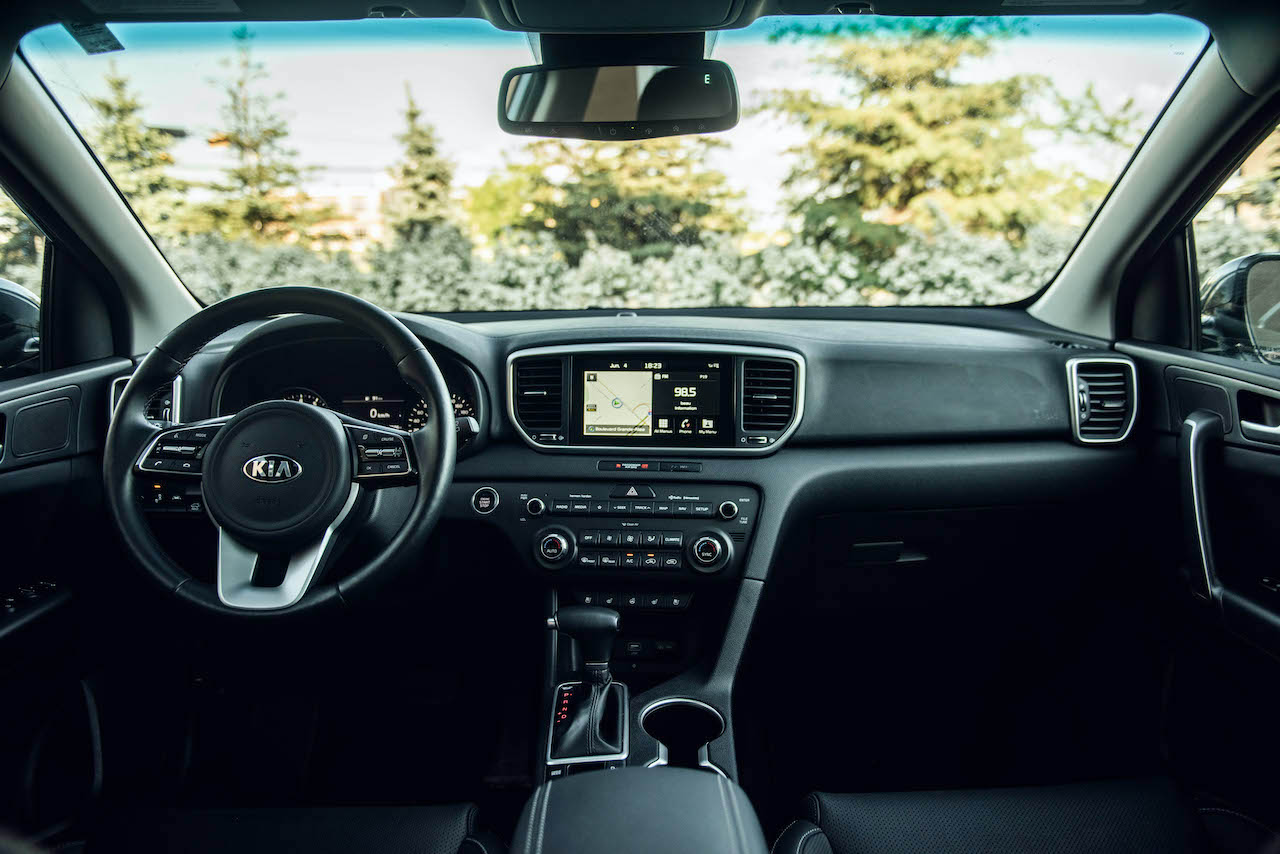 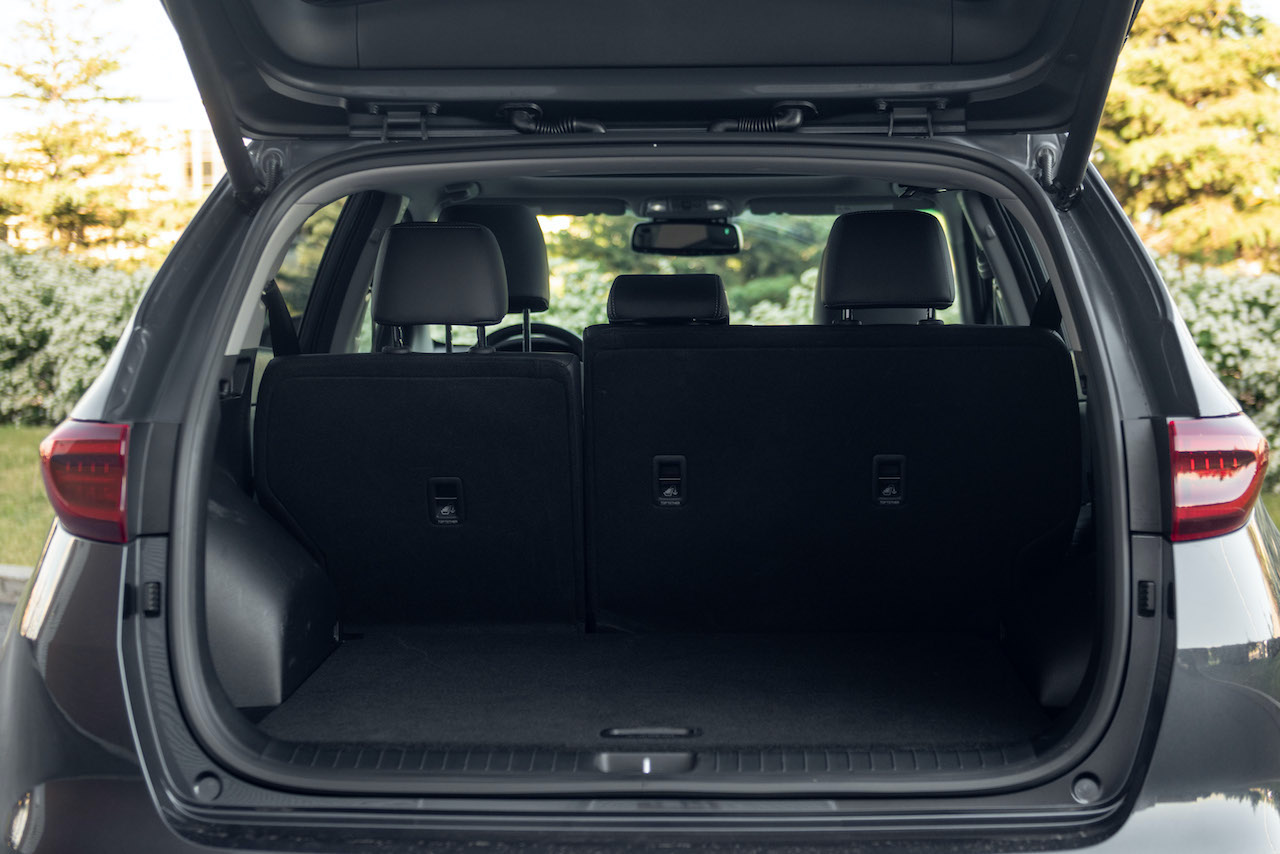 On the downside, however, the Sportage’s engine/transmission combination doesn’t help its frugality at the pump. While we had a blast thrashing it off highway offramps, we also had a hard time keeping our Sportage under the magical 10L/100 mark during casual driving. Many of the Sportage’s rivals get away with considerably better numbers.

Of course, you can’t have it all, and what the Sportage loses in efficiency it makes up for through a down-to-Earth approach of making its driver feel good behind the wheel. The chassis is super solid, road noise is surprisingly low during highway cruising and handling is, dare we say it, spirited and fun, allowing you to carry speed effortlessly without too much drama.

Where the Sportage might disappoint is in its amount of available cargo space; the main argument for choosing the crossover over the midsize sedan. Total cargo space with the rear seat folded flat is 1,701 liters which, while still ample for most hauling needs, remains low compared to class-leading rivals like the Honda CR-V (2,146 liters), Toyota RAV-4 (1,976 liters) and Nissan Rogue (1,951 liters), just to name a few.

Sure, that minor drawback could motivate some buyers to flock to a Japanese showroom instead of signing Korean, but in our book, the Sportage is by far a better value proposition than anything in this class. You don’t need to climb up the trim ladder too far in order to find yourself behind the wheel of a fully loaded model, complete with leather seating surfaces, 18-inch wheels, power sunroof, upgraded sound system and a slew of semi-autonomous safety technology. 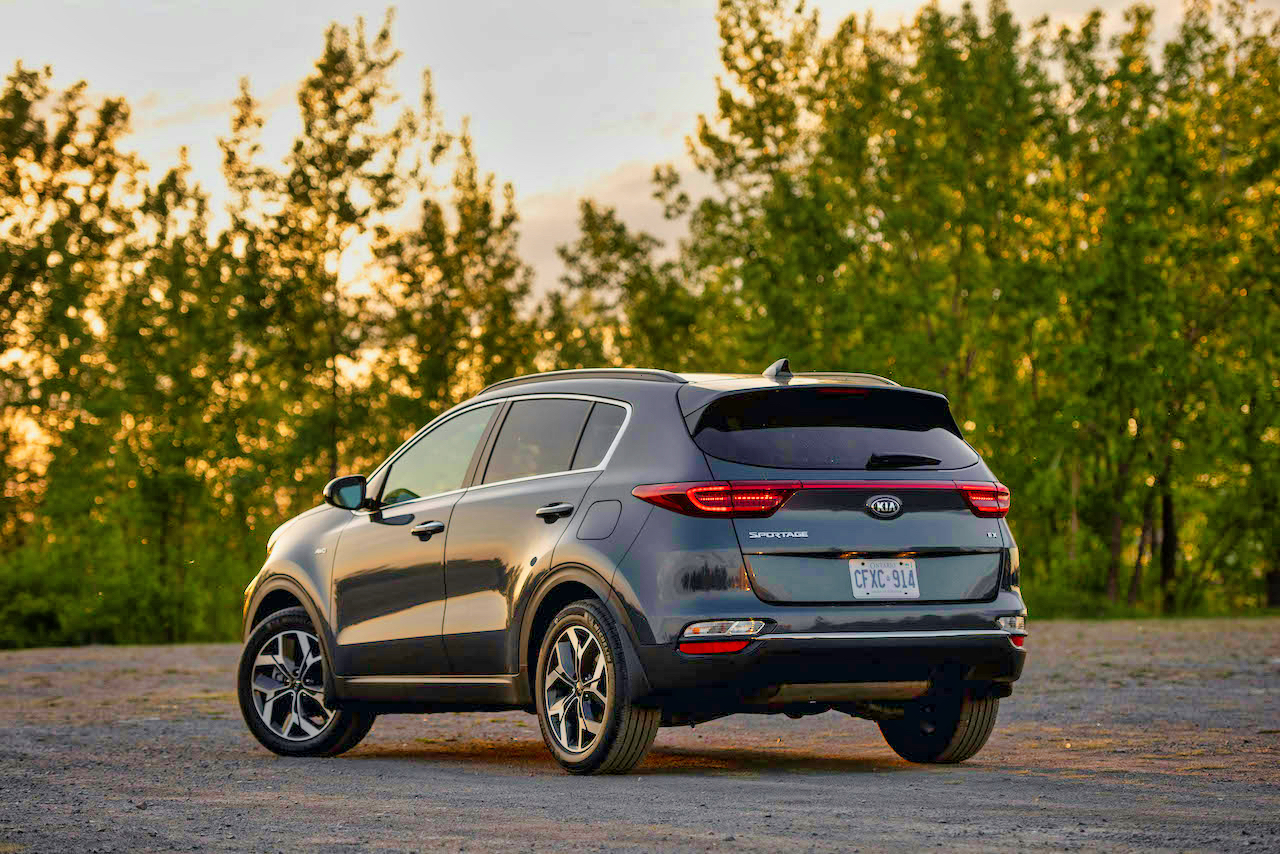 From where we’re sitting, we can excuse the Sportage’s cargo disappointments due to its endearing character and simplicity of execution. In our book, a vehicle is mostly about how it makes you feel behind the wheel, something Kia engineers have understood before many. 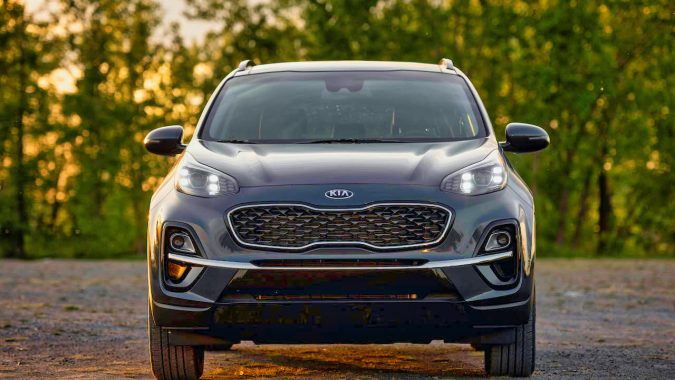 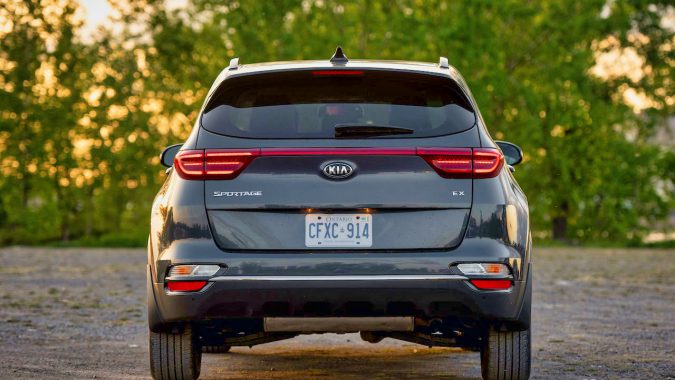 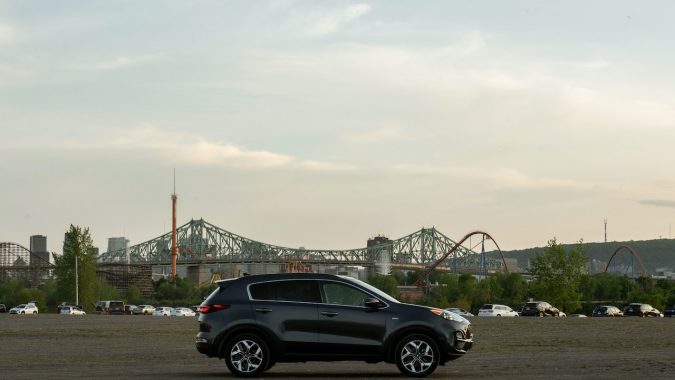 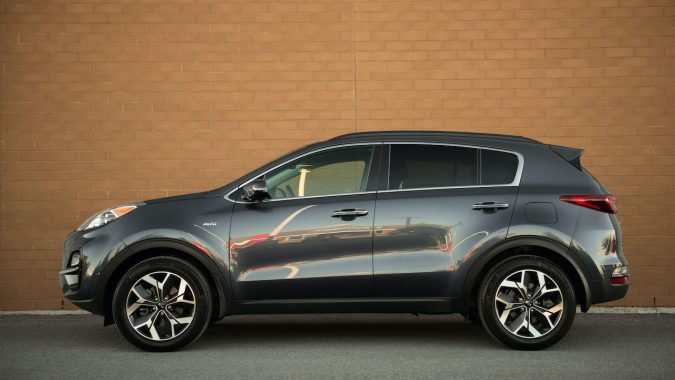 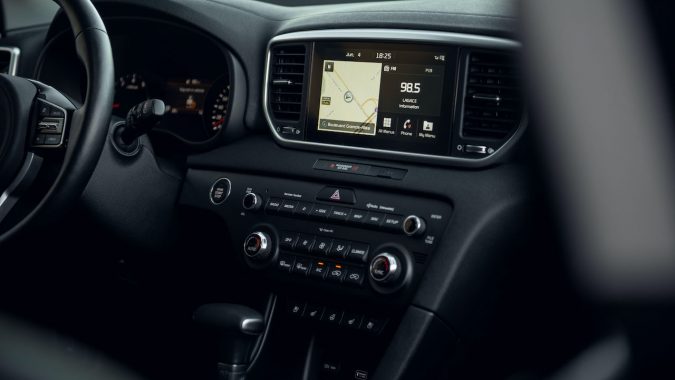 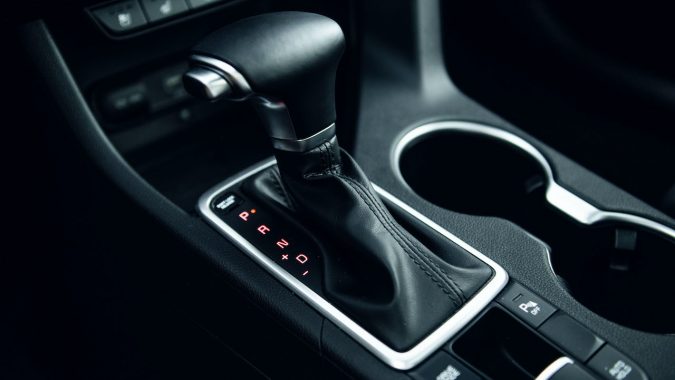 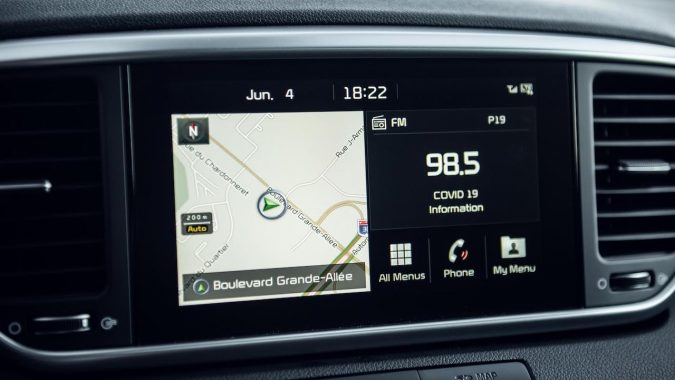 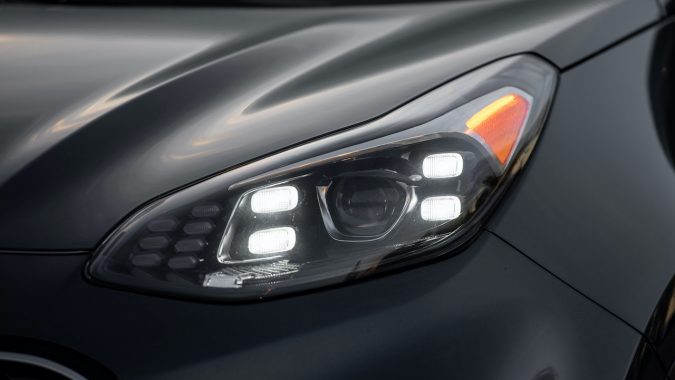 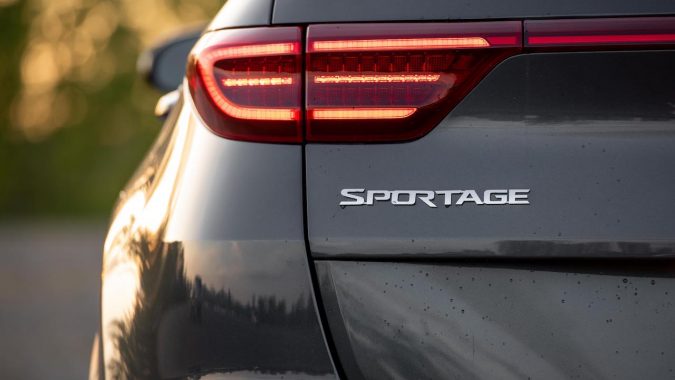 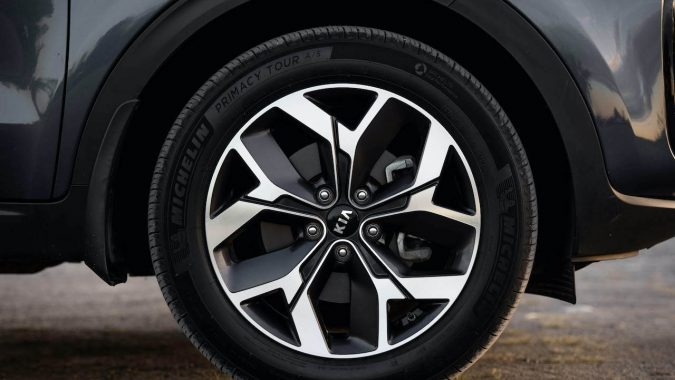