Yet another engineering homerun from the Korean machine

As we write this, the Hyundai group currently possesses the largest electric car offering on the market, even more so than the almighty Tesla. Hyundai, which also includes Kia and Genesis, currently counts four electric vehicles in its portfolio: the Hyundai Ioniq, the Hyunda Kona electric, the Kia Soul EV, and now this; the 2019 Kia Niro EV.

The funny thing is, the three most recent ones; Kona, Soul, and Niro, are all powered by a 64 kWh battery pack and 201 horsepower (291 lb-ft) electric motor, and all ride on the same architecture. But while the Kona and Soul are near dimensional clones, the Niro gets a wheelbase stretch and a longer overall length.

Like its siblings, range is in the vicinity of 400 km. At least, that’s what the onboard computer showed us after a full charge in early November. And while all the attention seems to be turned towards Tesla lately, we found it was important to shine some light on the spectacular level of engineering the Koreans have injected in their recent EVs. See them as the dark horse in electric propulsion.

For instance, not only does the Niro offer one of the highest battery ranges in its segment, rivaling the Chevrolet Bolt EV and Tesla Model 3, Kia Canada has priced it right smack at a $45,000 entry price so it can be eligible for the $5,000 federal Canadian rebate for electric cars. If you’re in BC, add $3,000 to that amount. Québec, currently the highest EV-subsidized province in the country, gives you a full $8,000, for a total of $13,000 off. 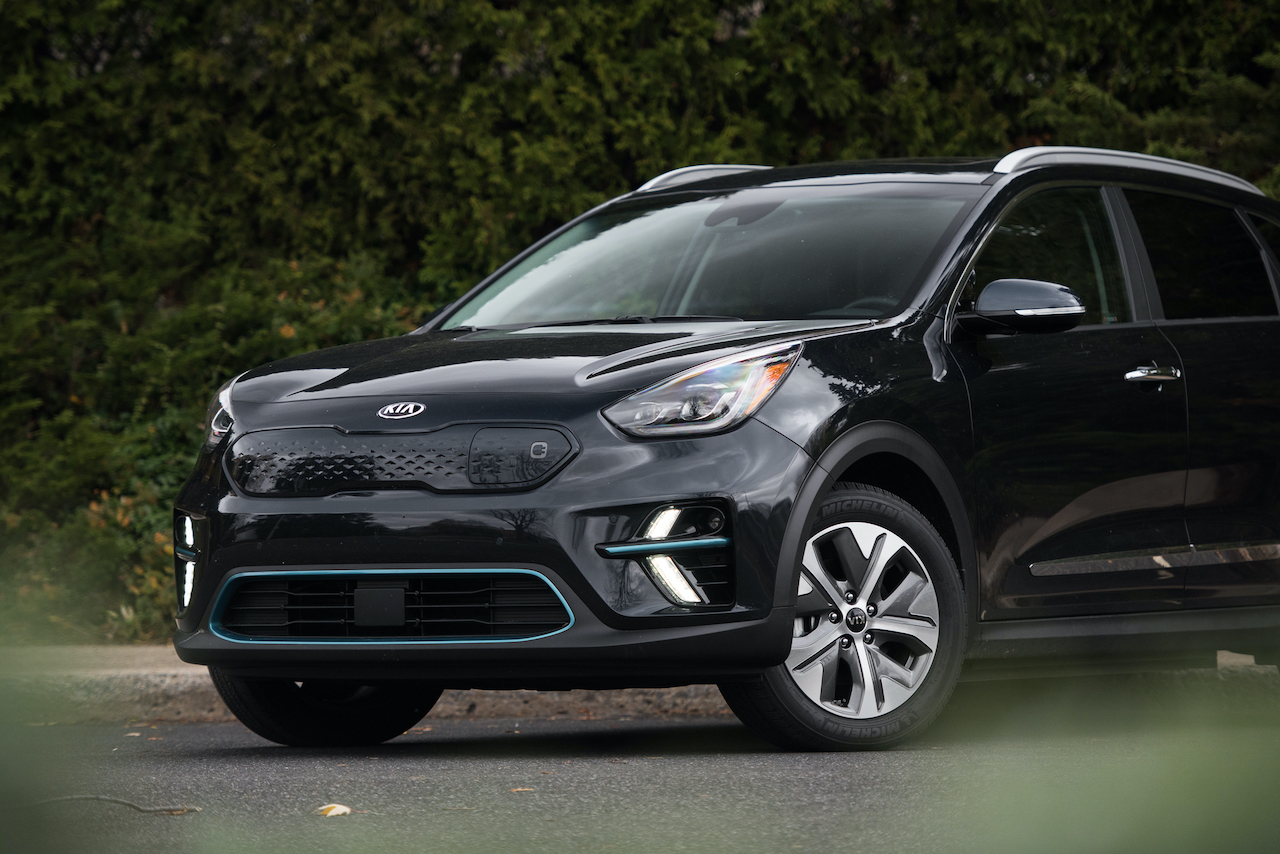 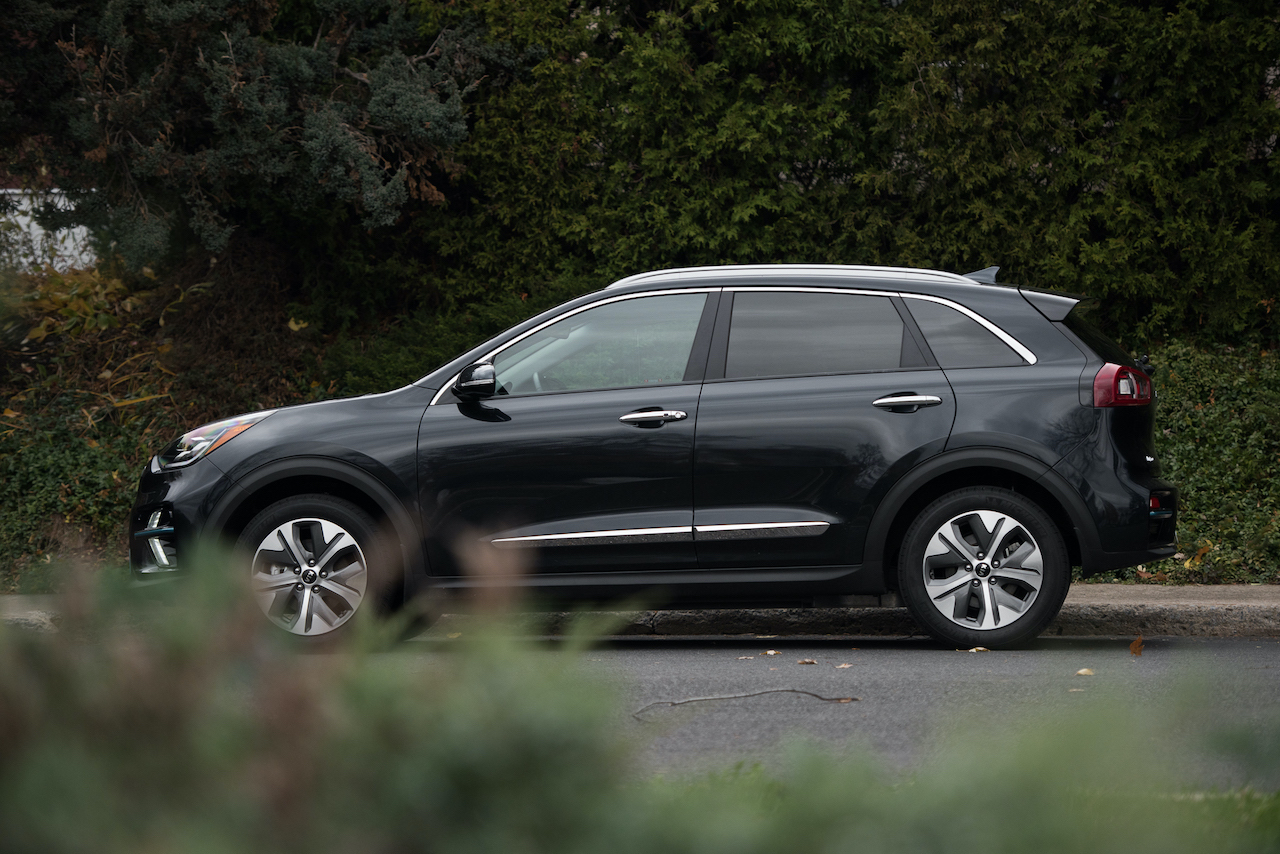 La Belle Province was also where we were able to sample the Electric Circuit infrastructure network, which, from a free mobile app, will help you find its 3,000-plus public charging stations scattered around the province.

In my case, a 240V public charger was just two streets away from my home at the cost of 1$ an hour. It would take 11 hours for my Niro to charge overnight. If my apartment complex had been equipped with a home charger, filling up the Niro would have cost me approximately $3.00 on Hydro Québec’s renewable energy grid.

Another interesting fact is that during the time we had our Niro EV, the province of Québec was affected by some nasty hurricanes, severely blacking out a large chunk of the province for several days. Even without power, we were fine, as the Niro’s large battery allowed us to continue our daily commutes without range anxiety. We lasted three days without charging the thing.

Aside from range, we were immensely impressed by how solid and composed the Niro EV feels on the road. It’s a nimble urban runabout that makes scouting from one boulevard to next a blast. Furthermore, the Niro feels solid and sturdy, with impeccable build quality you can’t exactly find in a Bolt. We also adored the enormous centre console storage which allowed us to toss in everything from water bottles to small bags. 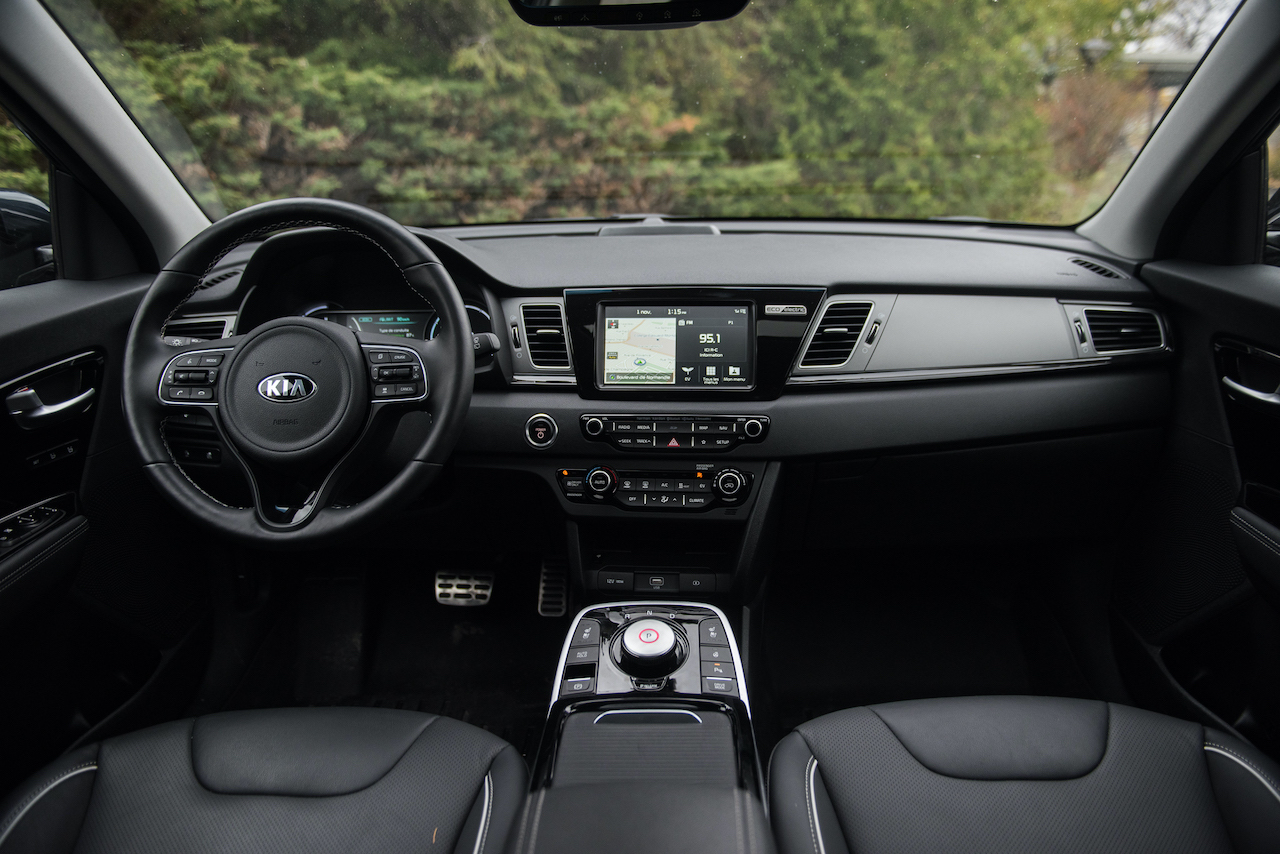 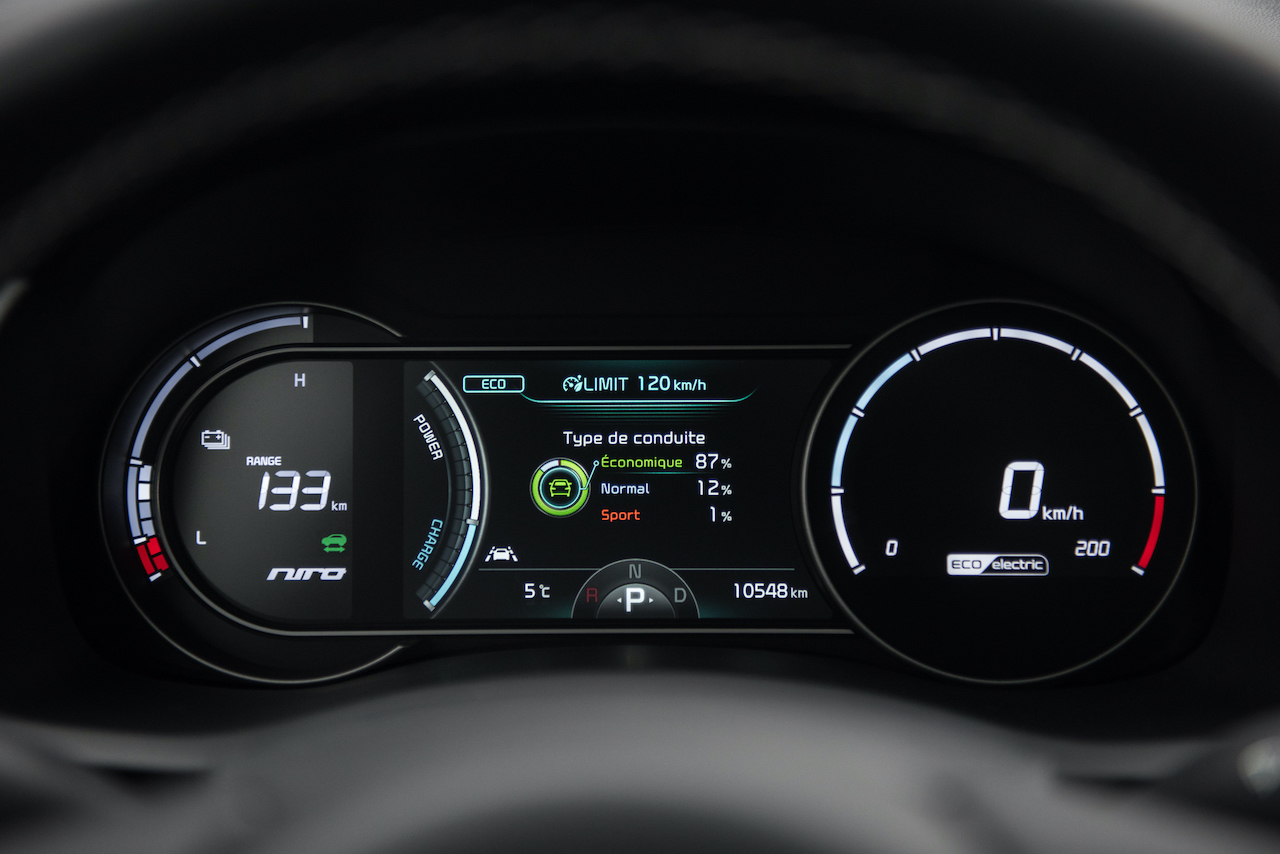 To nobody’s surprise, torque is massive and instant the moment you gun the throttle, but unlike a Kona EV which quickly defaults to excessive wheelspin, the Niro’s more mature motor tuning led to a more civilized drive.

While quick, it’s not as urgent as its corporate cousin, giving it an entirely different character and driving feel. That maturity carries over to the Niro’s overall driving experience, where the front seats pamper and wind and road noise are more hushed than in the Kona, but also the Chevrolet Bolt and even the Tesla Model 3.

We particularly enjoyed the three-stage regenerative braking feature which can be modulated via the steering-mounted paddles, like what you get in a Mitsubishi Outlander PHEV, for instance.

Except, Kia went a step further by allowing you to slow down the entire car by pulling back on the left paddle, the same way you would in a Bolt EV. Such a feature cleverly combines the entire industry’s (including the Nissan LEAF’s e-Pedal) regenerative braking functions into a single, smarter package. 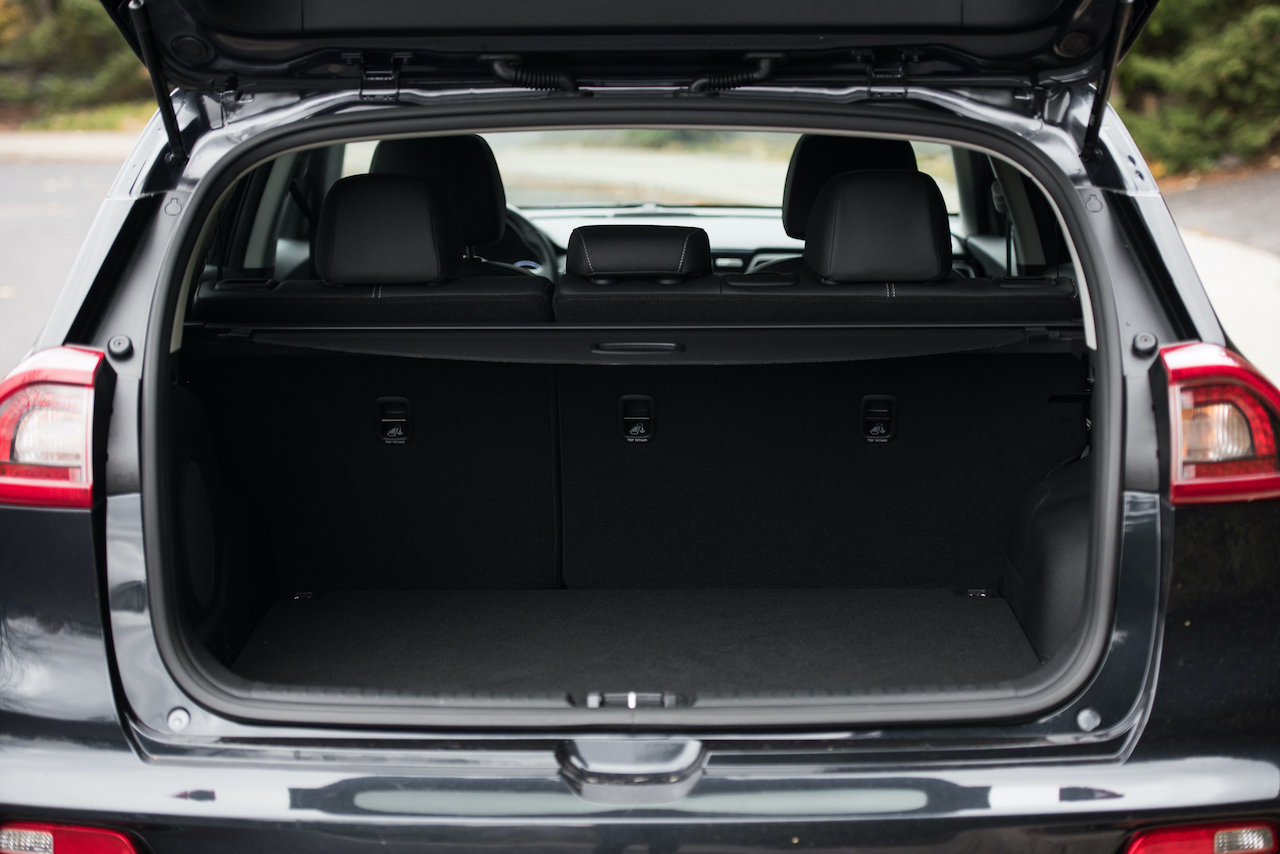 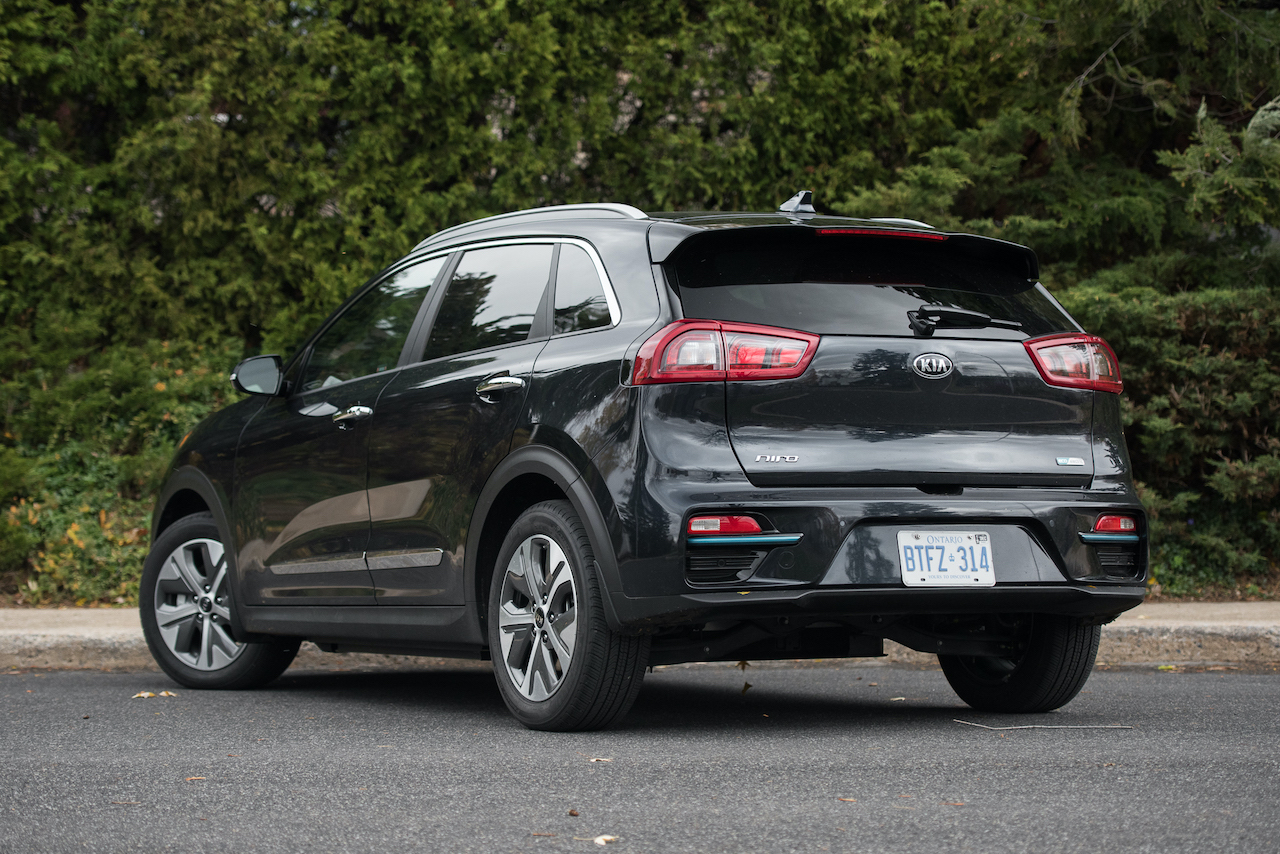 As for the rest, the Niro EV inherits all the endearing crossover traits of its standard hybrid variant. Rear leg and head room is decent given its compact dimensions, quite superior to a Kona, actually. There is, however, a slight sacrifice in floor space due to battery packaging.

Total cargo space is not bad nevertheless. Lower that rear seat flat and you’ll be getting a respectable 1,543 liters of room, which hangs near subcompact crossovers like the Honda HR-V with its innovative magic seats (1,583 litres). The Niro cargo area, however, remains smaller than its main wagon competitor, the Volkswagen Golf SportWagen (1,880 liters).

What it loses in practicality, the Niro makes up for with a lot of value. Standard EX trims come with Android Auto and Apple CarPlay compatibility, front and rear climate control and Kia’s UVO connected car services. Sadly, it doesn’t get simple features you’d expect in this price range, like blind spot monitoring or heated seats.

That’s reserved for the SX Touring trim which suddenly fills up the Niro with a slew of technological toys, like wireless phone charging, adaptive cruise control, lane keep assist, and a driver attention alert system, just to name a few. There’s even a heat pump to prevent range loss when the climate control system is running.

The only problem we’re seeing with the SX Touring model is a considerably inflated price tag of $55, 905, which could turn some badge-addicted consumers away and towards a Tesla Model 3 instead. That would be a shame, really, as these consumers would be missing out on one of the best-kept secrets in electric car transportation. 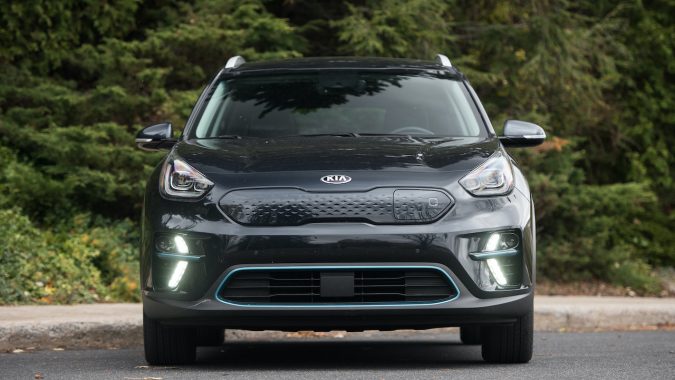 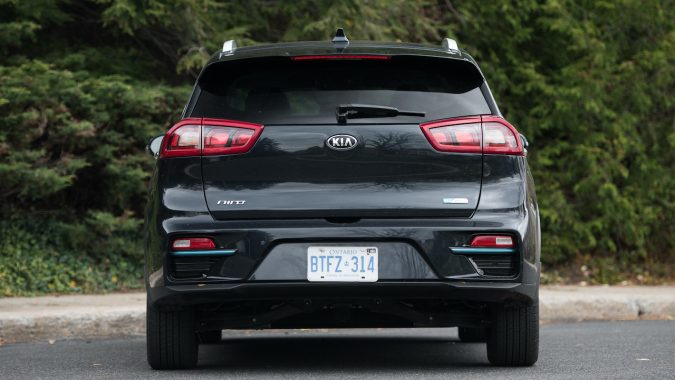 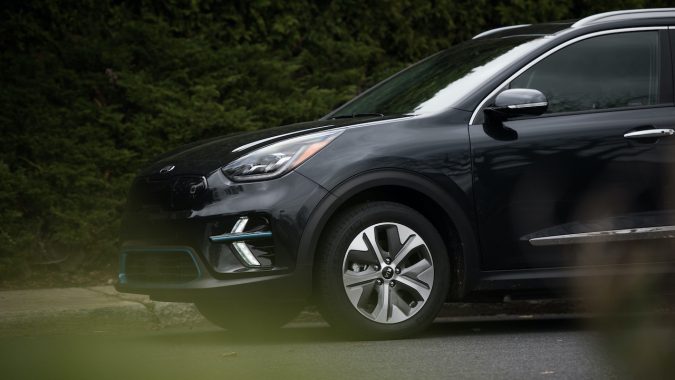 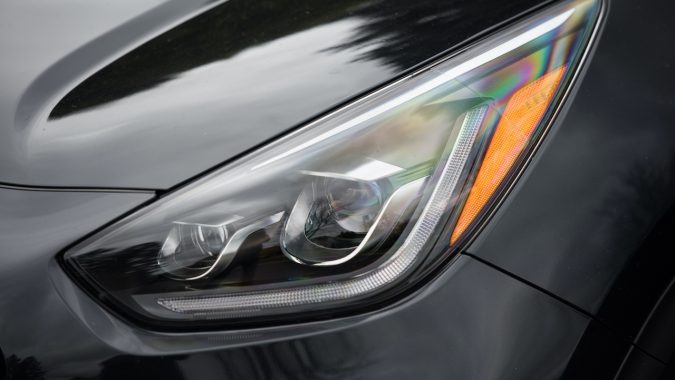 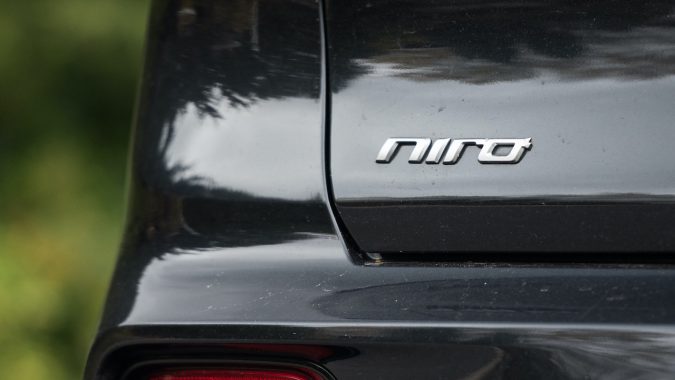 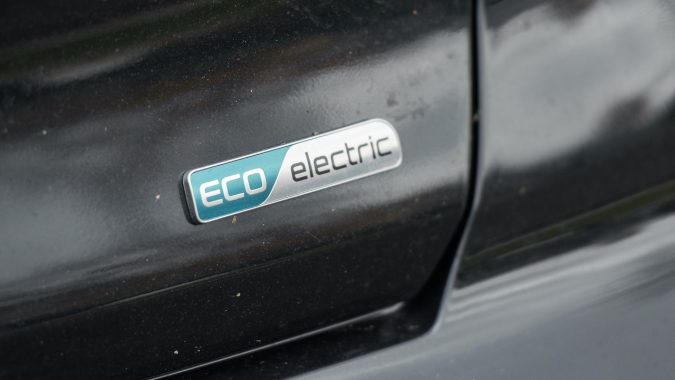 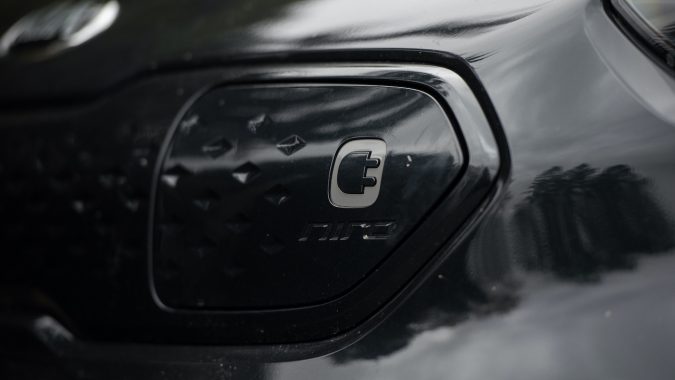 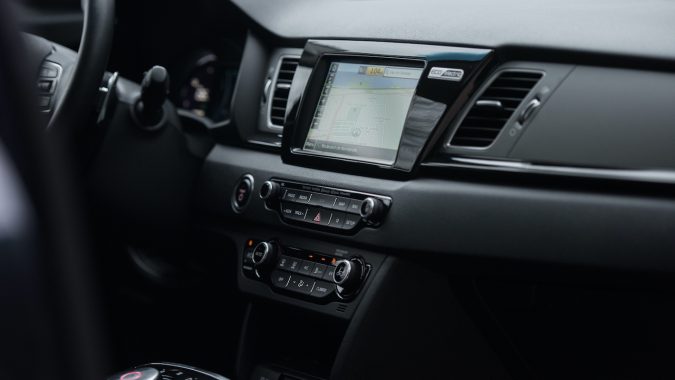 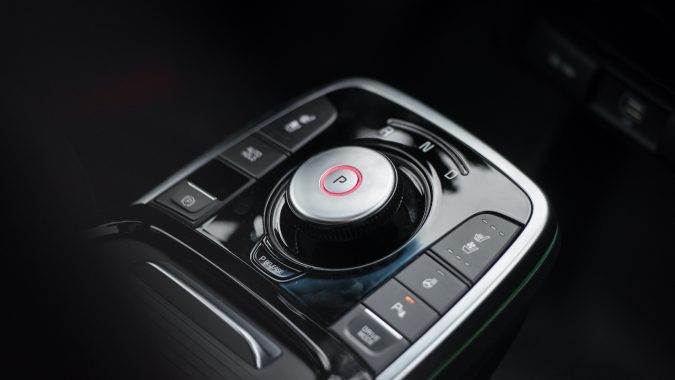 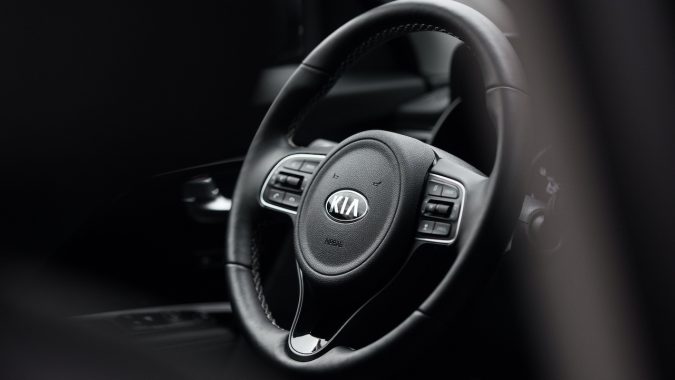 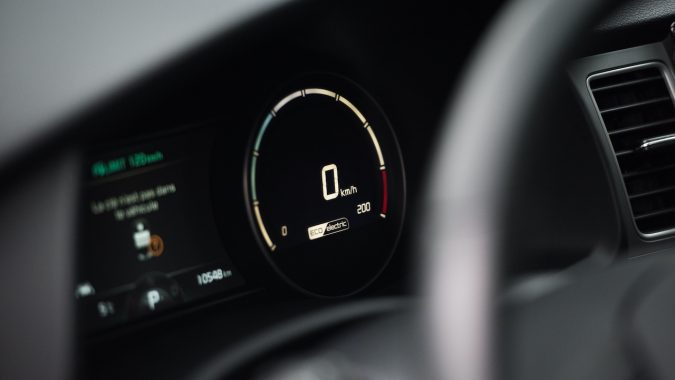 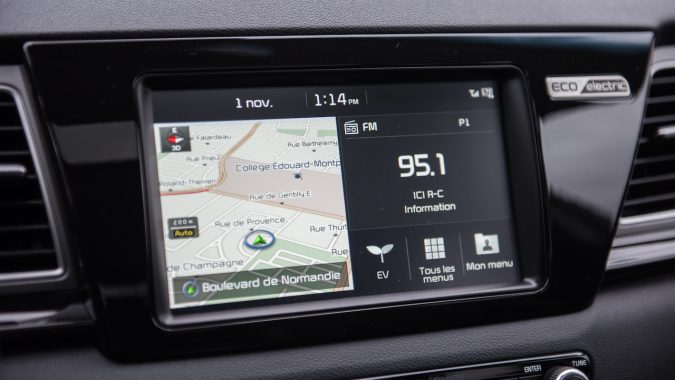 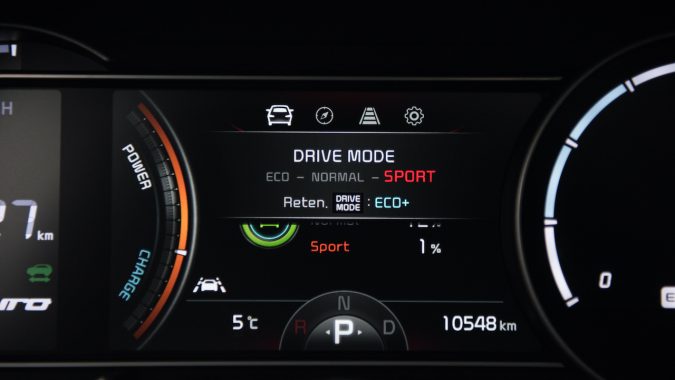 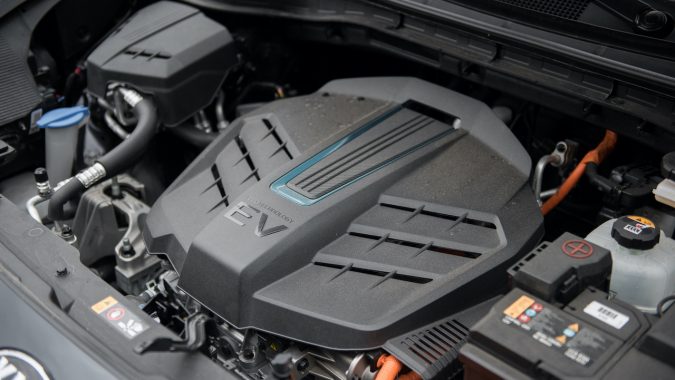