Although it represents only a tiny proportion of overall F-Pace sales, I’m glad Jaguar Land Rover (JLR) has made an SVR option available because the driving experience is simply delightful. But I’ll get to that.

For those unaware, the F-Pace is a mid-size, five-passenger SUV that’s based on an aluminum platform shared with other JLR products, among them the Jaguar XE and XF sedans, and the Land Rover Range Rover Velar SUV.

Mechanically, the F-Pace is offered with three gas engines, one of which (Ingenium 2.0-litre turbocharged 4-cylinder) has two performance profiles. In addition to the Ingenium, a 3.0-litre supercharged V6 and a 5.0-litre supercharged V8 round out the engine lineup. All are paired with a ZF-sourced 8-speed automatic transmission and standard all-wheel drive. 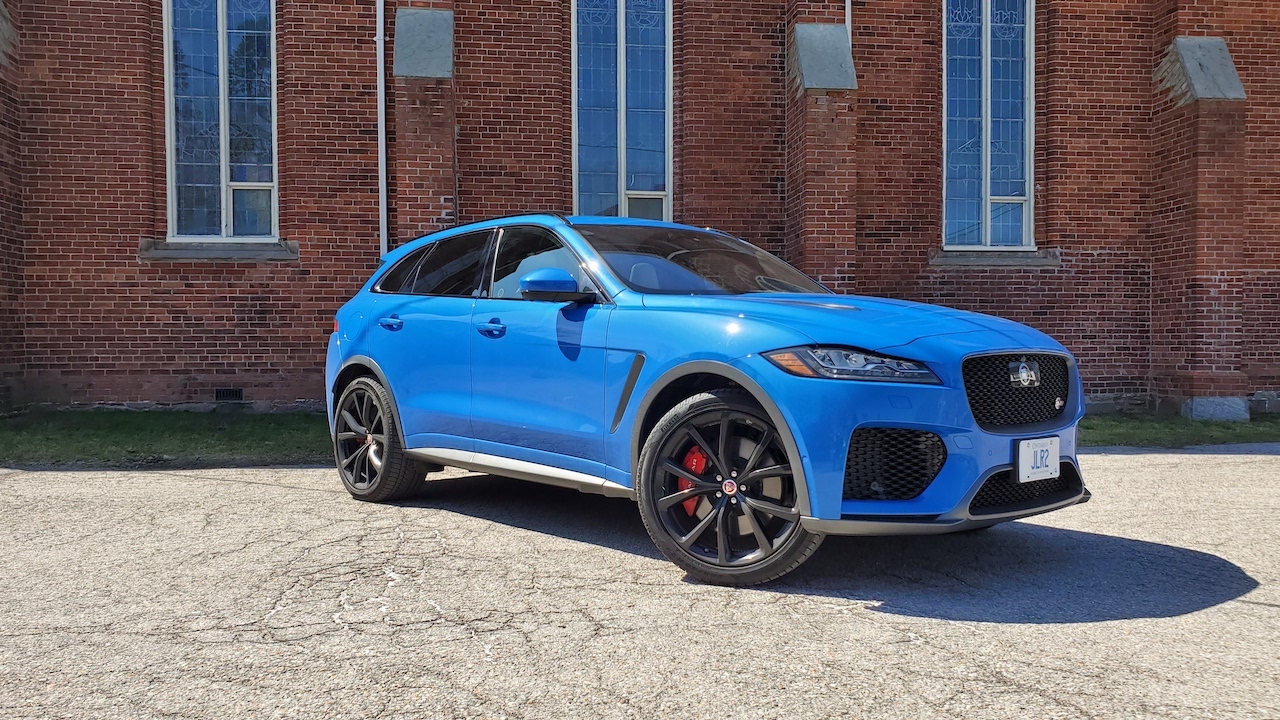 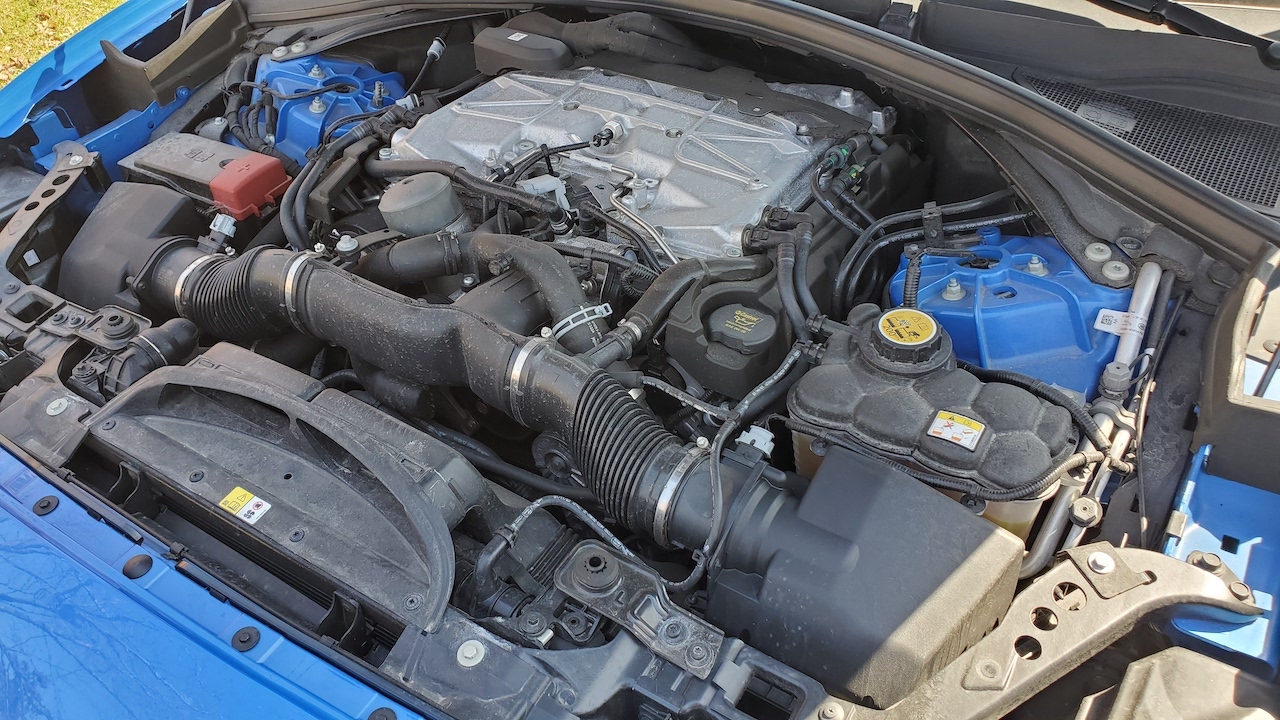 In Canada, eight models are available: Premium, Prestige, Portfolio, R-Sport, S, Checkered Flag, 300 Sport and SVR. These are listed from low to high in terms of standard equipment, performance and price (Premium base MSRP: $52,500). Checkered Flag and 300 Sport are special editions that are new for 2020. The supercharged V8 is, as you may have guessed, available only in the SVR.

It wouldn’t be an exaggeration to call the F-Pace Jaguar’s rainmaker. Since going on sale in 2016, it has been firmly entrenched as the British marque’s bestselling car in North America, a trend that continues to this day. In 2019, Jaguar moved 15,491 F-Pace units in the U.S. and another 2,311 in Canada. To put these numbers in context, the second-best selling Jaguar in the U.S. is the E-Pace, which represented just over one quarter (4,782) of the F-Pace’s sales volume in 2019. 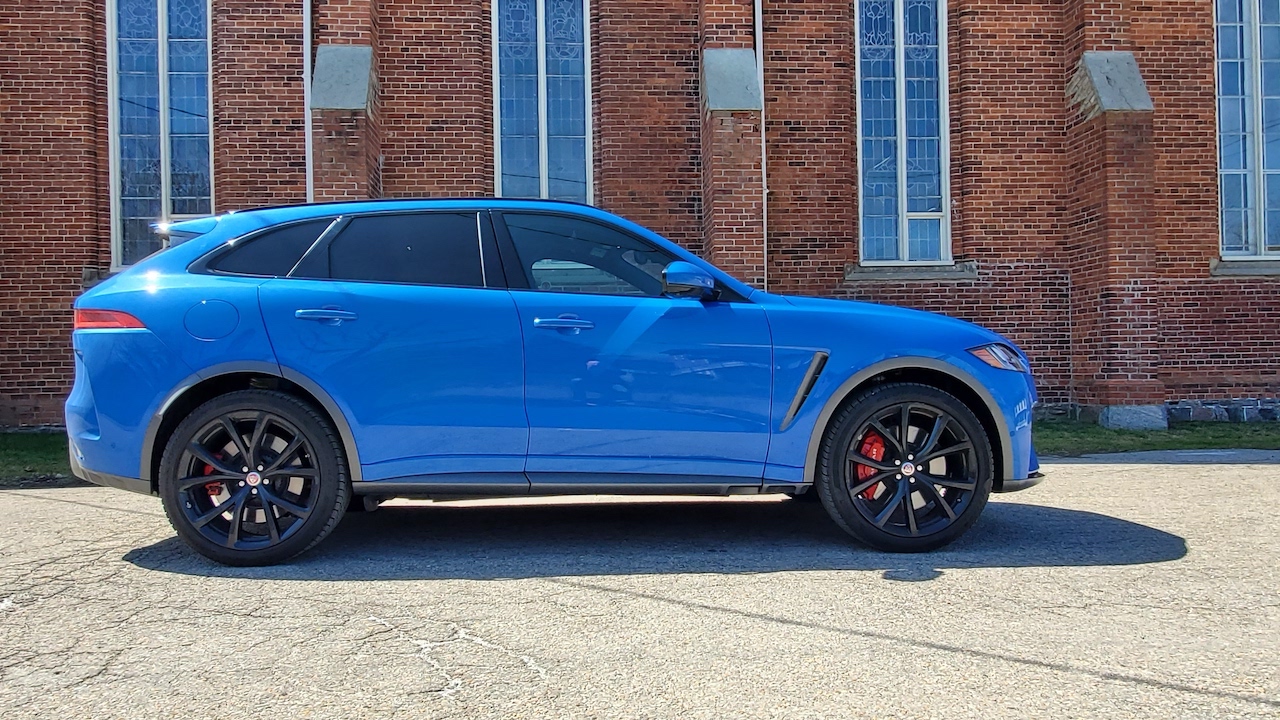 JLR doesn’t break out its model sales by trim, so it’s hard to know how much SVR accounts for exactly, but it’s likely not more than five percent. Given its relative rarity those able to get their hands on one are fortunate indeed.

The F-Pace SVR is just like a regular F-Pace in terms of wheelbase, interior volume and general architecture, but the difference lies in the high-performance kit the former receives thanks to JLR’s Special Vehicle Operations (SV) division. This collection of designers, engineers and executives are responsible for the company’s über performance cars of late such as the F-Type SVR, Range Rover Sport SVR and XE Project 8, to name a few. 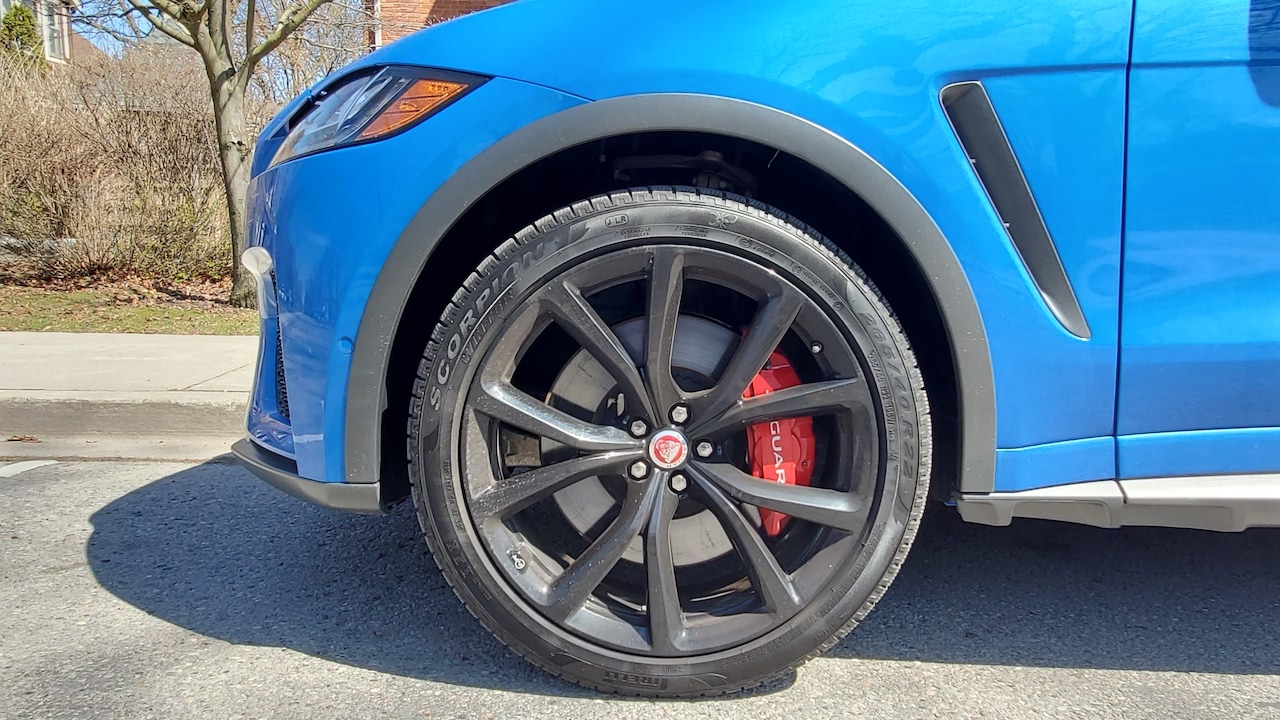 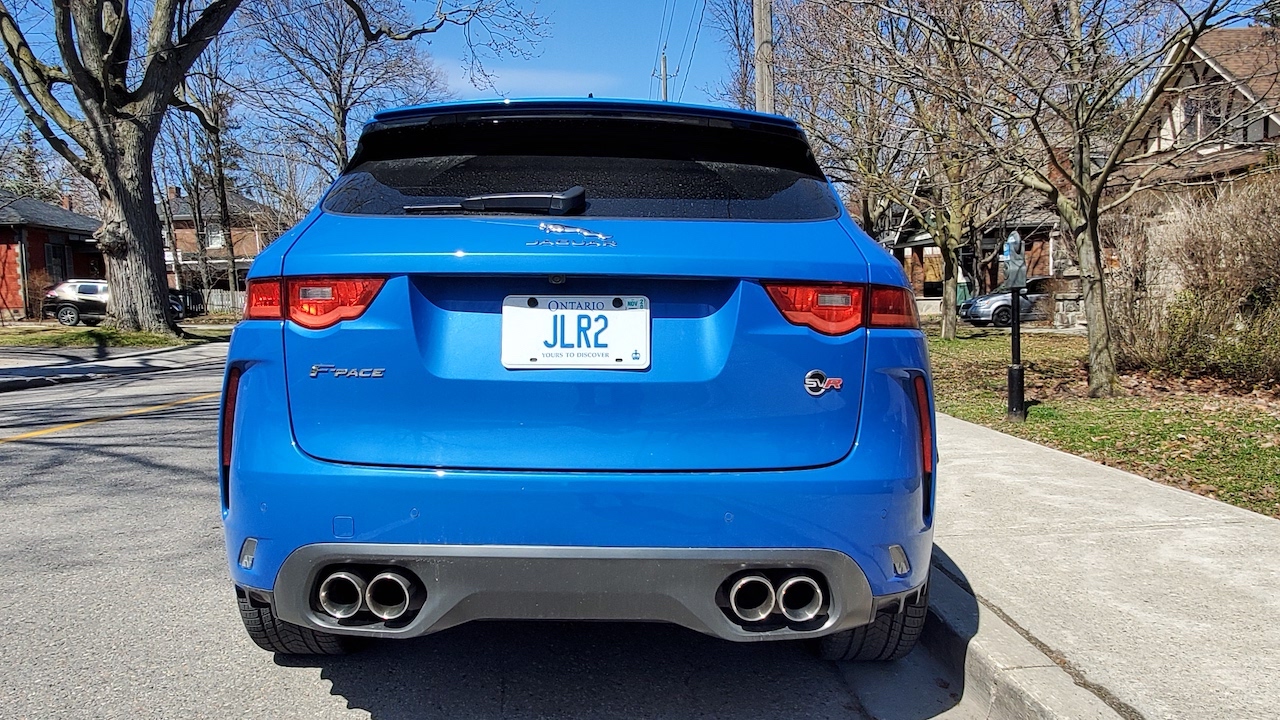 And that’s just on the outside. Inside, the performance seats are finished in quilted Windsor leather with integrated front headrests with SVR embossing, SportShift gear selector, aluminum gearshift paddles, hearted and cooled front seats, and heated rear outboard seats.

Oh, and under the hood is a 5.0-litre Supercharged V8 that produces 550 horsepower and 502 lb-ft. of torque that’s paired with an 8-speed automatic transmission and standard all-wheel drive. That translates to 0-100 km/h in 4.3 seconds with a top speed of 283 km/h.

Recently, courtesy of Jaguar Land Rover Canada, I spent a week driving an ultra blue tester finished in ebony and light oyster. Like many press vehicles, this tester is loaded with optional kit – $10,095 worth, to be exact. Among the extras are 22-inch gloss black wheels ($2,550) shod in Pirelli Scorpion winter tires, head-up display ($1,020) and Driver Assist Pack ($3,600) which comes with blind spot assist, intelligent emergency braking, adaptive cruise control and more.

The F-Pace SVR sports a traditional two box SUV design that doesn’t break any new ground, but the allure here isn’t in its basic shape, but rather in its many model-specific details. From its massive 22-inch wheels and quad-tip exhaust finishers, to its quilted sports seats with custom stitching and unique bodywork such as hood extractors and rear diffuser, the SVR treatment drives this F-Pace’s appeal. Interestingly, as unsubtle as some of these cues are, they’re subtle enough so as not to attract much attention. If my tester were black instead of bright blue, I doubt it would turn many heads. 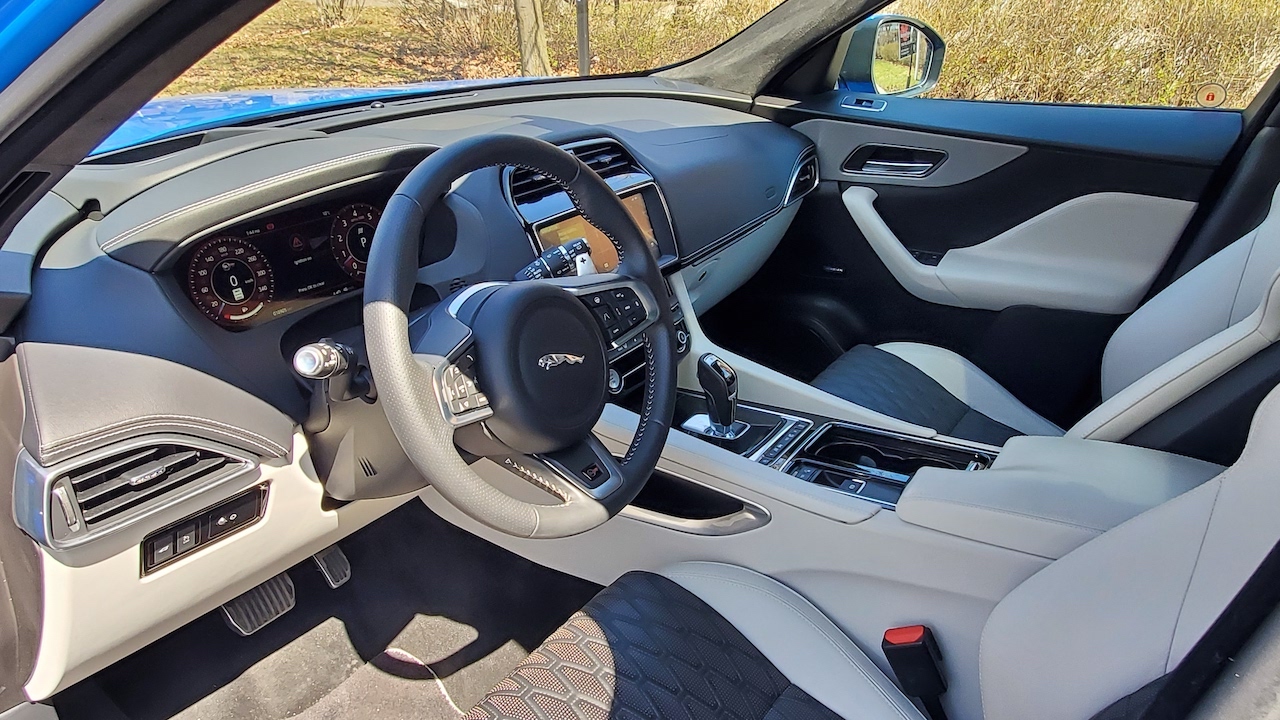 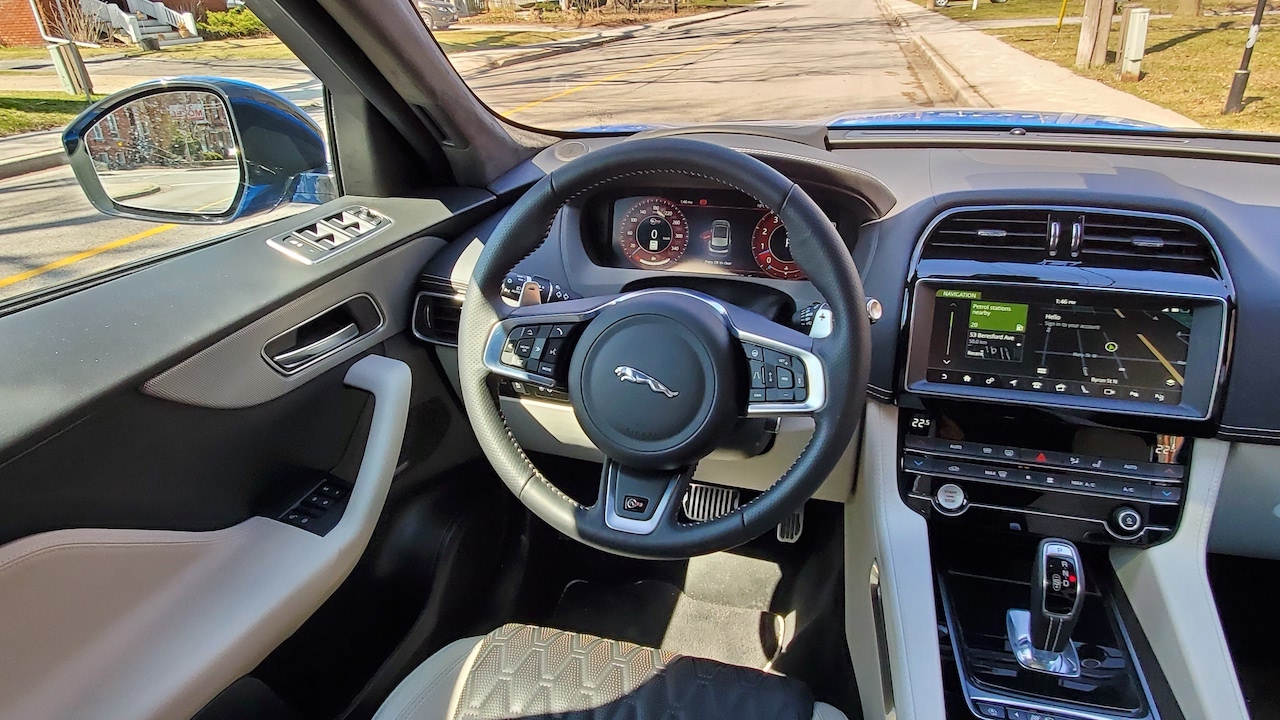 Inside, my tester has some light SVR badging and a few extras, such as head-up display and a Meridian surround sound system, but these don’t stand out nearly as much as the light oyster and black-trimmed quilted performance seats. The two-tone treatment, which extends to the rest of the cabin, screams SVR. You won’t find these seats on lower trim F-Paces, and they do a great job of communicating exclusivity, while also providing a great deal of comfort and support.

Generally, my tester’s cabin is well-finished, smartly designed and not overflowing with undue amount of gadgetry for its own sake. Much of the climate functionality (seats and air flow) runs through a touchscreen which I don’t love, but it’s straightforward to use and there are still a few hard keys located where they belong in the centre console. Room for passengers is a bit tight thanks to a low roofline, but cargo space is generous especially with the rear seatbacks folded down.

As I said off the top, the F-Pace SVR is loads of fun to drive. Acceleration from the 5.0-litre Supercharged V8 is hair-trigger, steering is firm and body roll is very well controlled for an SUV. And when the transmission is toggled to sport and the drive mode selector is dialled to dynamic, watch out – this Jag is on the prowl and it doesn’t tread lightly.

The furious sounds of the supercharged V8 are sublime from ignition to shut off, regardless of speed and driving mode. The proceedings are a bit muted in normal and eco modes, but not by much. In dynamic, the loud exhaust button light switches on, transmission shift points wind up the revs and throttle response can be neck-snapping if you’re not used to 550 horsepower and 4.3 second acceleration times. In short, it’s barrels of fun. 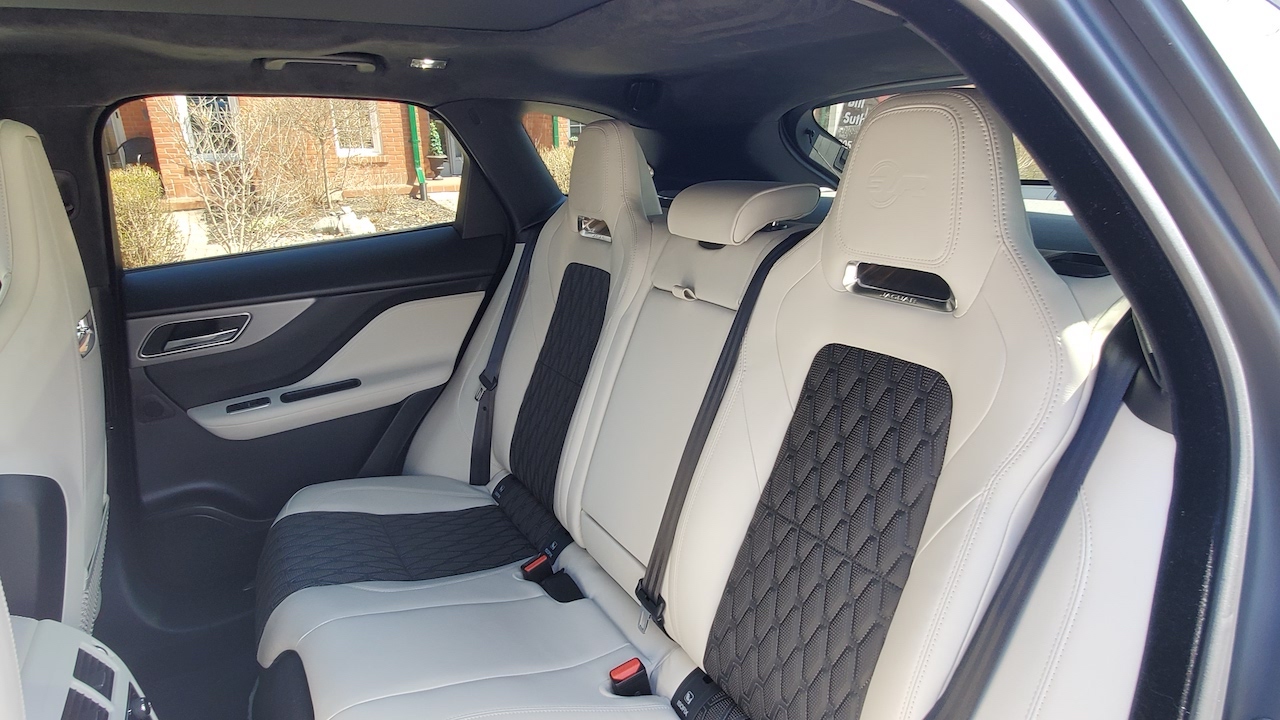 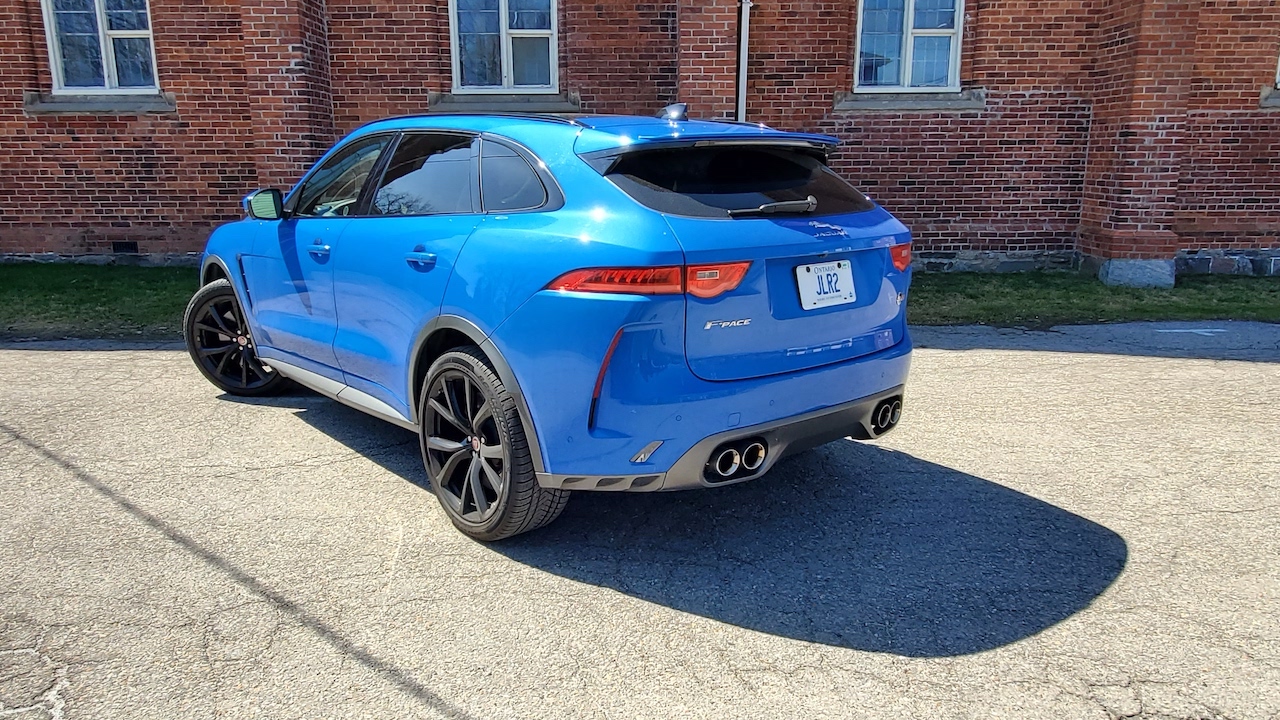 I sampled my tester’s other drive modes, but let’s get real, you’re not spending $100K-plus on an F-Pace SVR so it can serve as a daily driver fuel sipper. No, this thing is meant to driven loud and proud in Dynamic, so your friends, neighbours and loved ones hear you before they see you. Sure, you’ll consume more premium fuel in the process, but you won’t care because once you hear the V8’s low-register symphony, your brain will want more. Mine sure does.

The Jaguar F-Pace SVR is a delight to drive, a feeling that only grows with more seat time. It isn’t cheap by any means, but the $92,000 MSRP is reasonable based on its performance profile and intended (German) competition. Much of its appeal, in my view, boils down to the sensory stimulation one experiences not only with the immense thrust of the supercharged V8, but the magnificent sounds it makes while doing so.

Simply put, there aren’t many engines that can deliver a performance so memorable. And when you wrap that powerplant in Jaguar style, sophistication and technology that is mainstream, but not mainstreamed, the result is a highly desirable product.

In that way, the F-Pace SVR is indeed for those who know. 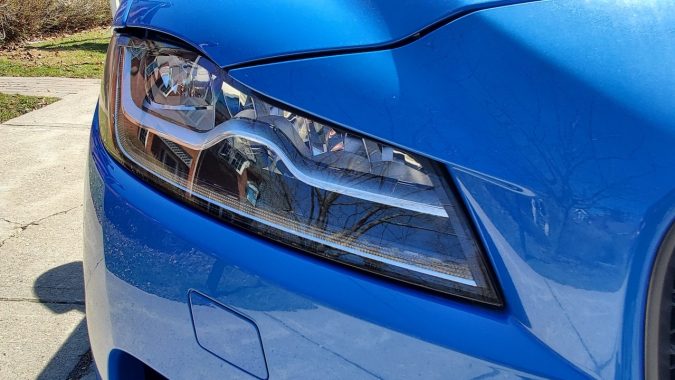 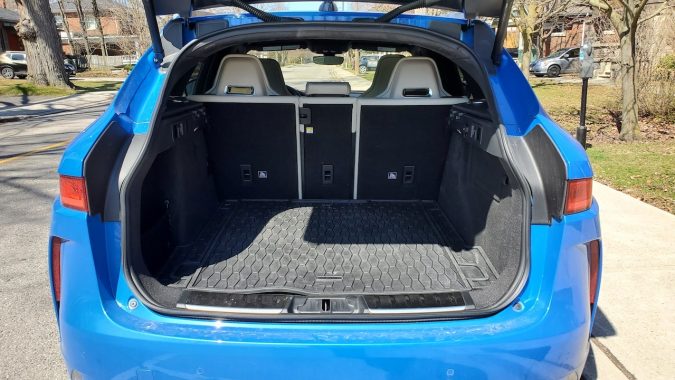 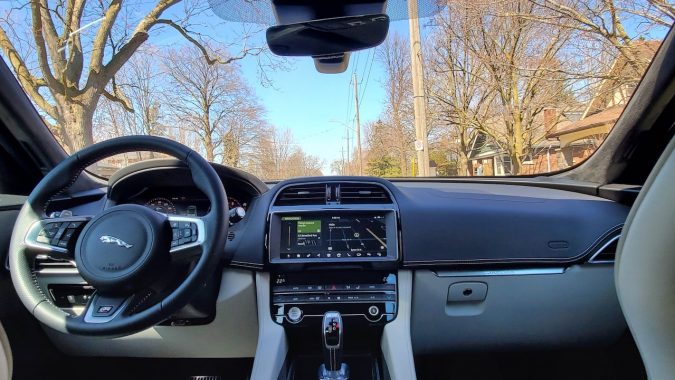 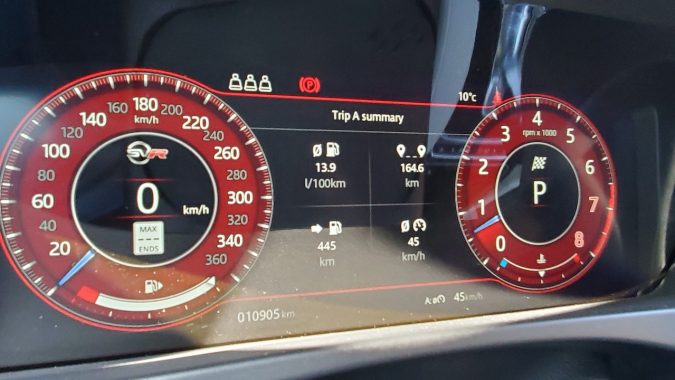 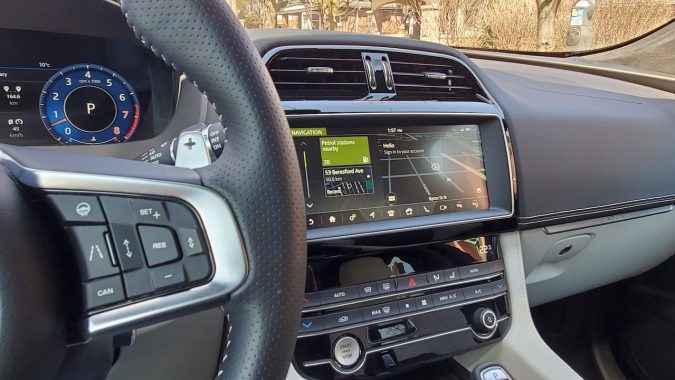 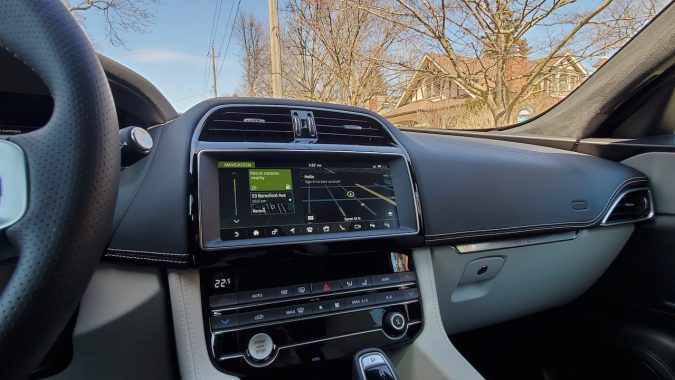 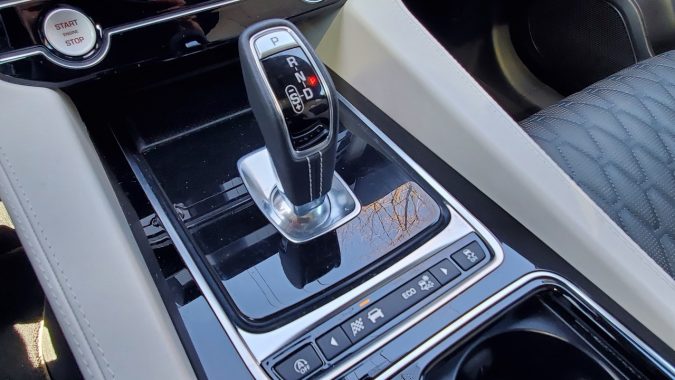 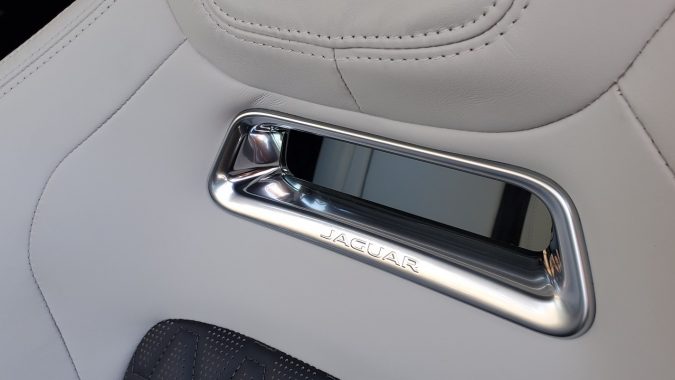 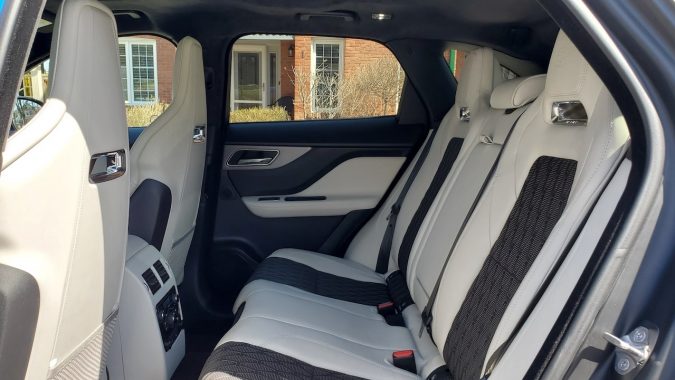