Great usability, but drive feel and price are compromises.

Count Honda among the brands bolstering their line-ups as drivers seek out SUVs in ever-growing numbers. The Honda Passport, which was reintroduced for the 2019 model year, marks a return to the two-row mid-size SUV segment for the brand after the nameplate was retired back in 2002. It introduces a more rugged, off-road-ready look than most Honda SUVs, and its interior has several of the well-designed usability points to which Honda owners have become accustomed. But the price tag on this Touring model crosses that critical $50,000 barrier to land at $51,676 including delivery fees. On a two-row SUV, this creates a measure of sticker shock.

Regardless of trim, the Passport is offered with Honda’s 3.5-litre VTEC V6, which produces 280 hp and 262 lb-ft of torque at 4,700 r.p.m. These engines are known for their balance between fuel efficiency and smooth power output, which is also the case here. However, the nine-speed automatic transmission it’s paired with – also the only option – feels indecisive and slow to react on heavier throttle input or downshifts at speed. The shifter’s push-button operation doesn’t instill confidence, particularly with the trigger-like reverse.

All-wheel drive is standard across the line-up, and while the base towing capability is 1,588 kg, this can be upgraded to 2,268 kg on all trims when properly equipped.

The Passport’s handling comes across as typical of the body style in that the suspension has some give to it for improved off-road capability. This does translate to some body roll in situations like highway off-ramps, however, which makes it somewhat less planted than other SUVs in this class. 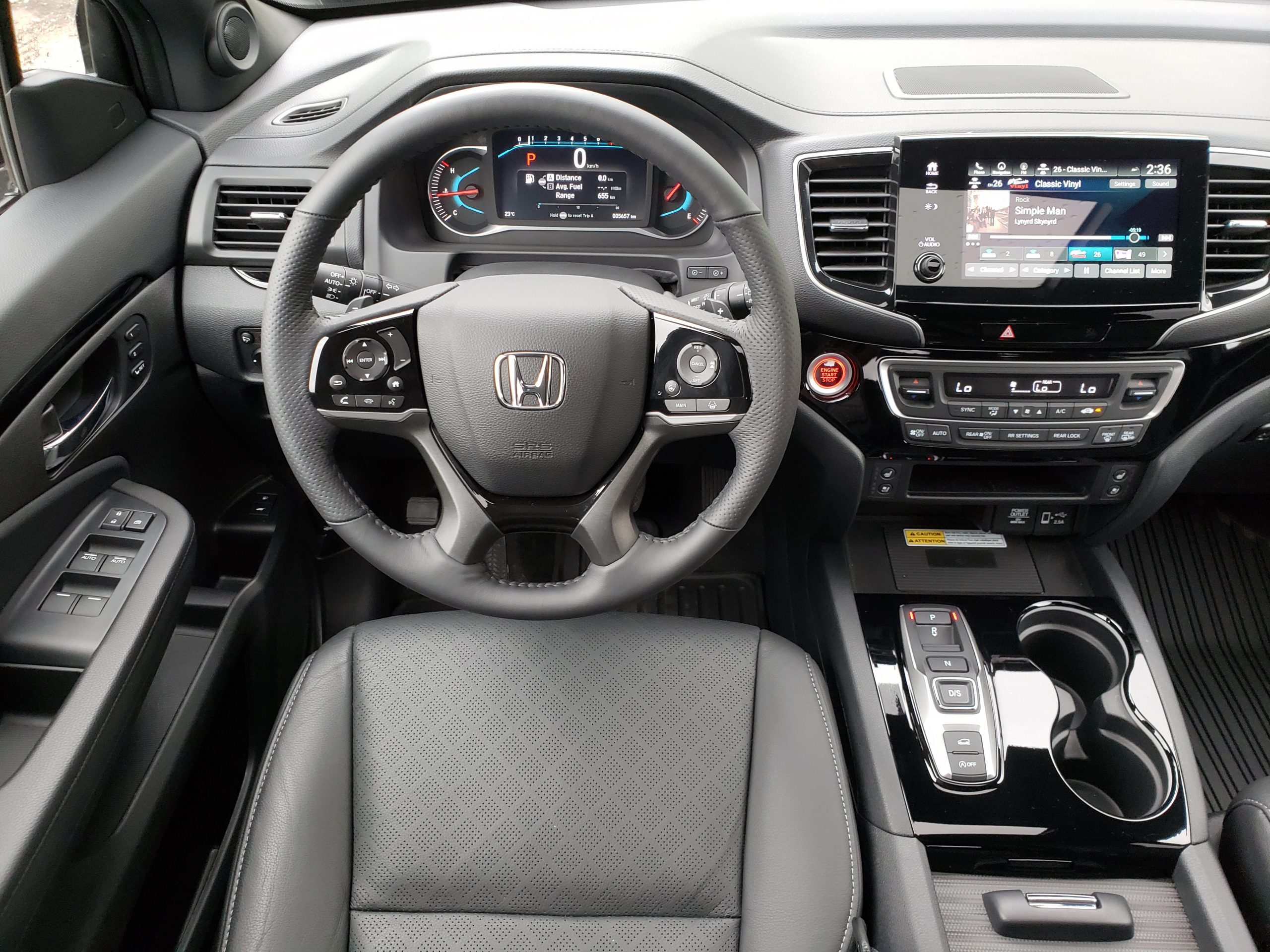 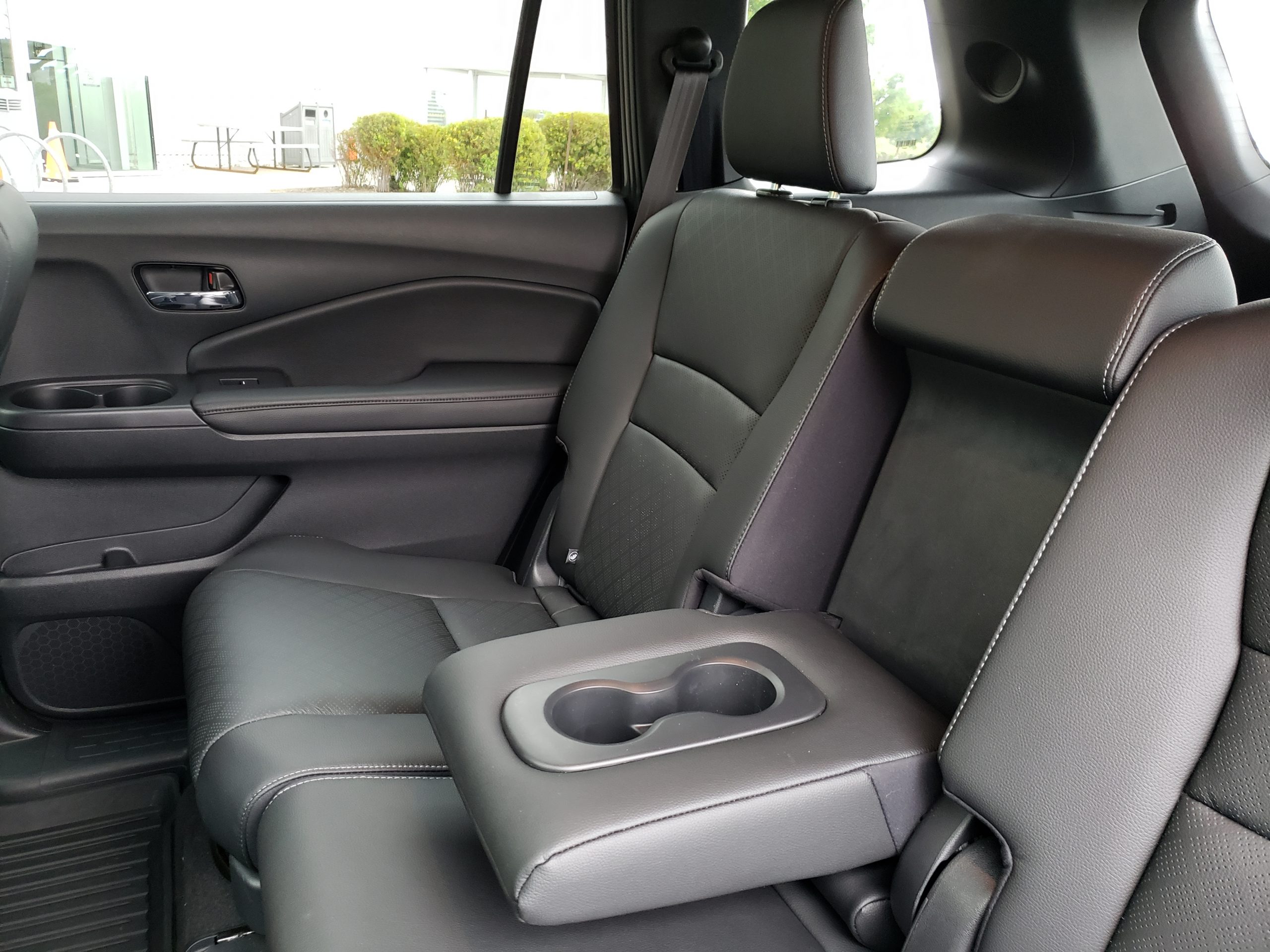 Natural Resources Canada rates the Passport’s fuel consumption at 12.5 L/100 km in city driving, 9.8 on the highway, and 11.3 combined, which is more or less on par with the segment average for an all-wheel-drive V6. The observed figure over this week of testing is promising after a fully loaded trip up north, landing at 10.2 L/100 km.

All of the safety technologies that are included with the Passport come as standard equipment on every trim level as part of the Honda Sensing suite: collision mitigation braking, forward collision warning, lane departure warning and road departure mitigation, active cruise control, and lane keep assist. The automatic emergency response system, which can automatically alert emergency services if a phone is connected and occupants are unresponsive after a crash, is included as well, as are automatic high beams. The only feature that requires an upgrade is the blind spot information system with rear cross-traffic monitoring, which is included only on this Touring grade. It’s worth noting that the forward collision warning system can be so intrusive with its loud beeping and large flashing graphic, which is startling and distracting enough in itself that some drivers may tend to disable it and lose its benefits.

As with many Honda products, the Passport includes several thoughtful interior elements. Rear-seat passengers have access to a total of eight cupholders, and the ones mounted on the door armrests are especially useful for children. The second-row seats are heated in the outboard positions in all but the base grade and also fold very flat to create a level load floor for a total of 2,854 litres of cargo space with the seats down and an impressive 1,430 litres with them up. That said, the space back here is relatively dark due to the all-black interior and the smaller sunroof.

Front row occupants enjoy standard heated seats and a heated steering wheel, while ventilated front seats are added at the Touring grade along with wireless charging. The centre console is roomier than in some larger SUVs and would easily fit a small handbag. 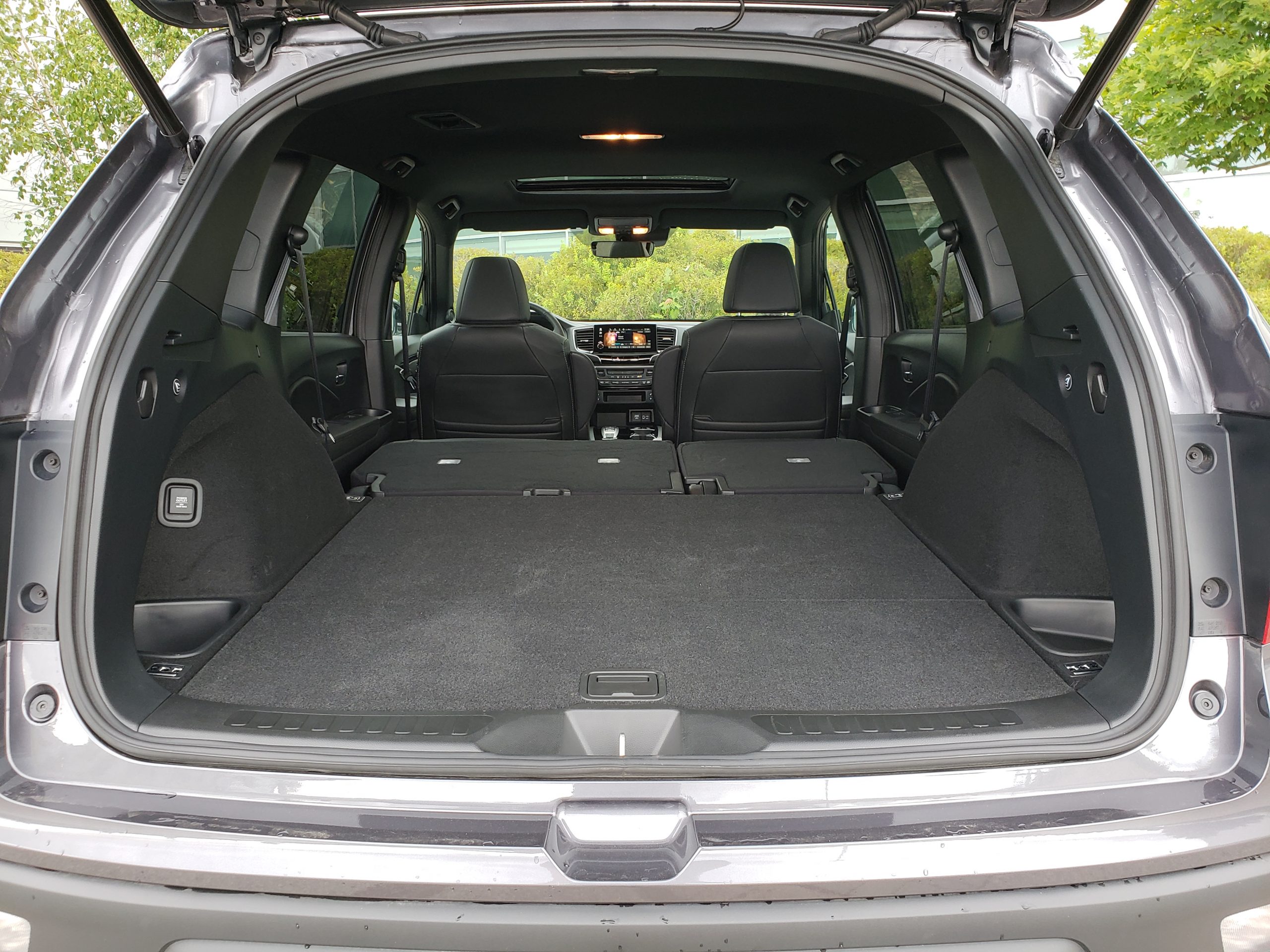 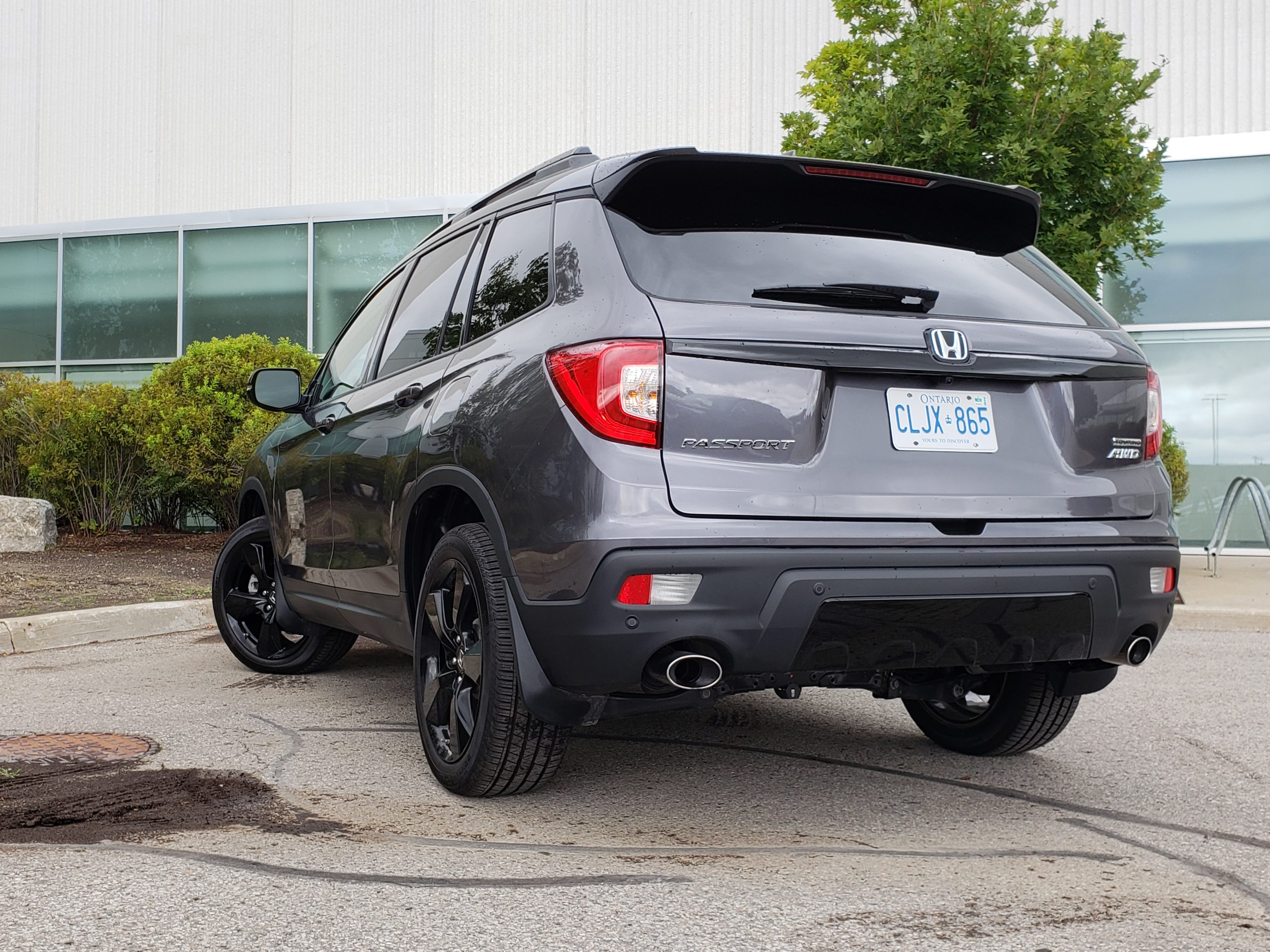 The infotainment system shown here, which is Honda’s latest, is exclusive to the Touring trim. This system’s functionality is far more intuitive than previous generations with a home screen that operates more like a mobile phone and clearly indicated touchpad positions for the home screen, back button, and brightness adjustments. Android Auto and Apple CarPlay are included as standard equipment. The screen itself can be busy, although it’s nice to have buttons like the tuning selector closer to the driver on the layout, but some buyers will inevitably prefer a system with hard buttons.

After initially needing a bit of time to come around to the overall design, the Passport grew on this reviewer over time, particularly with how well the interior design serves families. The cargo space swallowed up enough luggage to get four people up north for a cottage getaway without leaving anyone sitting on backpacks. The Passport’s feature content is very good at all grades, and its tendency to lean toward the efficient end of its fuel consumption estimates is another benefit. However, the touchy transmission takes away from the drive feel, but the most important consideration is the price: paying more than $50,000 for any non-luxury two-row SUV, even in a well-equipped top grade, feels like a big ask.