The Koreans have done what the Japanese never could.

If there’s one thing the Japanese brands have learned from their 30 plus years of selling premium vehicles, is that getting a consumer out of a German showroom is no easy task. Except for maybe Lexus who’s been doing alright lately; Acura and Infiniti are still working overtime at convincing target buyers that their vehicles are a better alternative to an Audi, a BMW, or a Mercedes-Benz.

Yet, barely five years in, the Koreans seem to have cracked the code.

We’re not saying the 2020 Genesis G70 is outselling a BMW 3 Series or an Audi A4. Far from that, actually. But the car is good enough to give them a few lessons in driving dynamics, and substantial enough to have them rethink the way they sell cars.

In case you haven’t been keeping up, Genesis is no longer a model sold within the Hyundai brand. It’s now its own bespoke entity. And while it currently only sells three sedans – the entry level G70, the midsize G80 and the flagship G90—it’s been hitting a few homeruns by way of impeccably well put together vehicles, a lot of value and performance for the price, and a completely re-imagined business model.

Still don’t believe us this car is up there among the best? Then go have a chat with the juries of the North American Car of the Year. They gave the G70 a gold medal last year.

Introduced for the 2019 model year, the G70 carries over relatively unchanged for 2020, except for the addition of the 3.3T Prestige trim level; the model you see here. 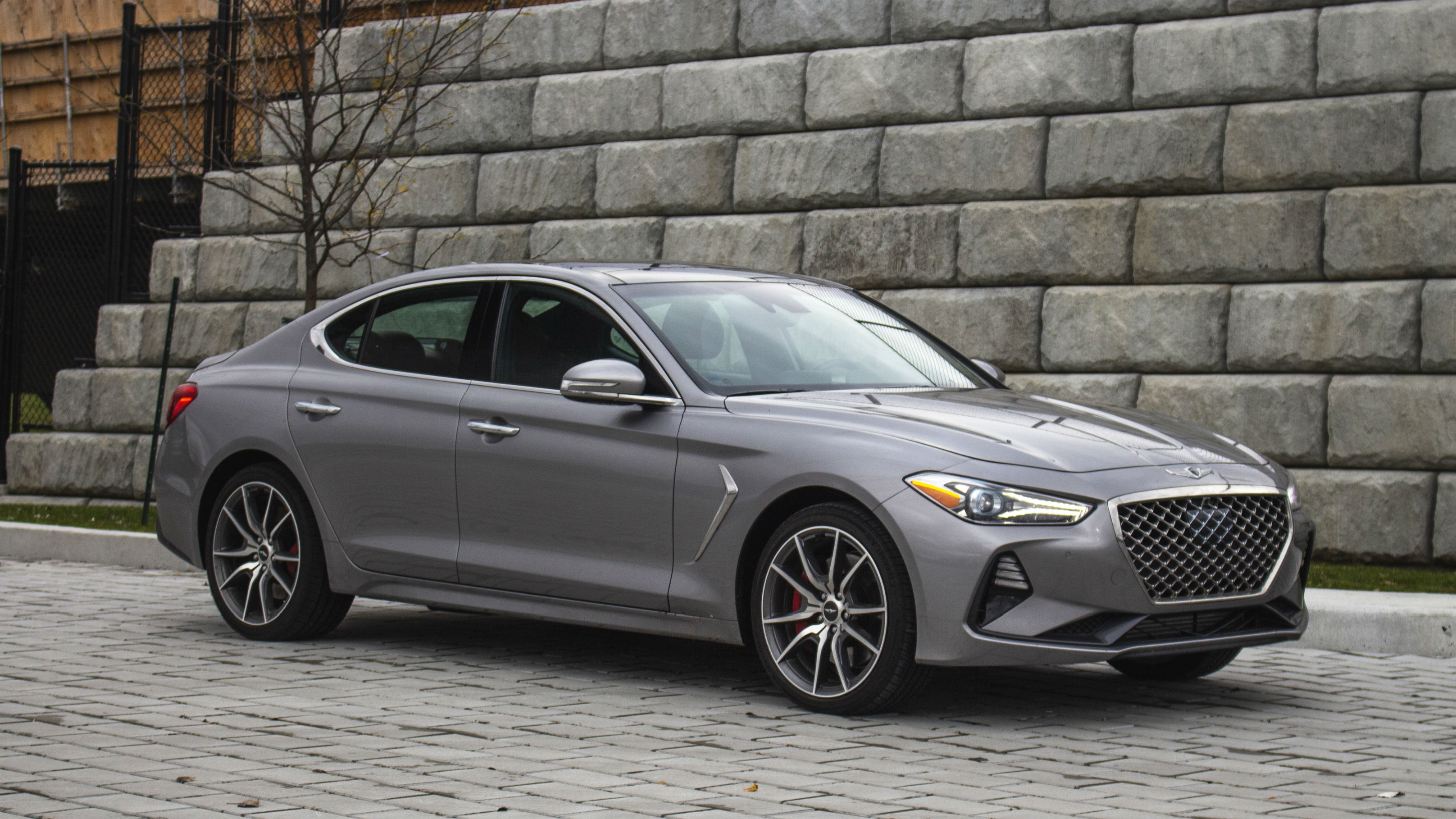 Genesis claims that its customers were complaining about the fact that the top trim level, powered by the twin-turbocharged 3.3L V6, was exclusive to a Sport AWD. If you desired, for instance, the more luxurious Prestige trim level, you were stuck with the 2.0L turbo four, which also opted out from the Brembo brake package and the variable gear ratio steering rack.

Now, Prestige can finally be combined with all the goodness of a Sport, including its adaptive dampers and other performance enhancing goodies.

Power for the V6 remains unchanged at 365 horsepower and 376 lb-ft of torque, which is exactly the same as the Kia Stinger GT. That’s because both cars share the same drivetrain, the same eight-speed automatic gearbox and the same platform. However, the G70’s wheelbase was shortened a full 46 mm. It’s also a considerably lighter car, weighing in at 3,774 lb (1,711 kg) versus 4,023 lb (1,824 kg) for the Kia. All V6-powered G70’s sold in Canada come standard with all-wheel-drive.

It was interesting to drive the 2020 Genesis G70 right after the Kia Stinger GT 20th  Limited Anniversary Edition. We were impressed at how different these cars look and feel given their shared components.

The G70 is obviously the sportier ride due to its smaller dimensions and lighter overall mass, which in turn gives it tighter proportions as well. But that doesn’t prevent it from being just as, if not more comfortable than a Stinger. If anything, we found long highway rides to be even more enjoyable in the Genesis. 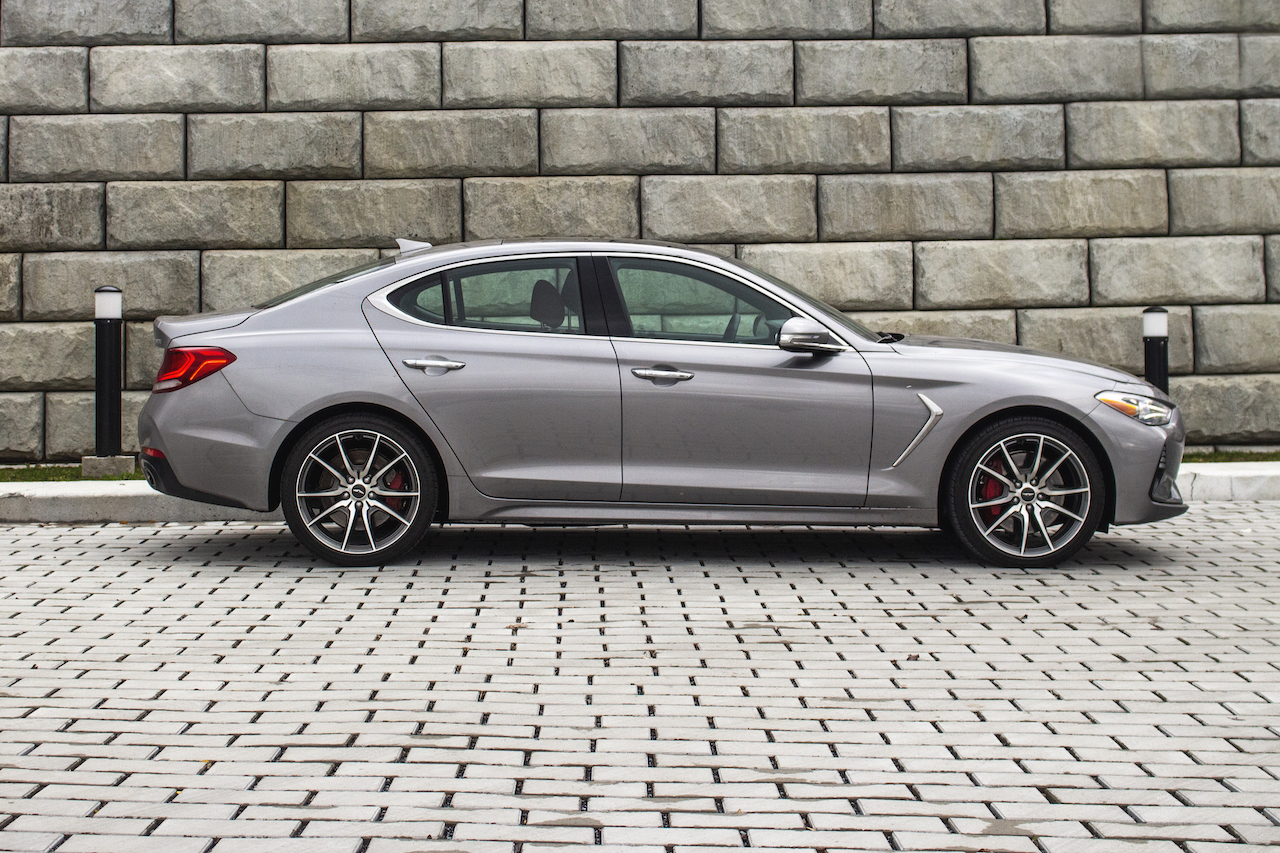 A lot of it has to do with its plush leather seats, composed ride, and quiet cabin. We’d know, since we drove the G70 from Montréal to Toronto to take part in AJAC’s annual Test Fest event.

The only area where the G70 trails behind the Stinger is in overall rear seat room. If the front passengers happen to be taller than average, leg clearance is all but non-existent. It’s the same story for cargo space where the smallish G70 can only engulf 297 litres versus 659 litres under the Stinger’s hatchback.

That said, when used as a compact business-oriented sports sedan, and not a family vehicle, the Genesis G70 is a wonderful machine to drive. Chassis rigidity is rock-solid over uneven ground, suspension tuning in all modes is up there among the best, and acceleration is strong, constant, and linear.

There’s also a direct, yet smooth feel in the way its steering was calibrated. The G70 changes direction with little hesitation, but will always execute its motions with grace and impeccable composure. We were also pleased with the engine’s enhanced sounds, which are less intrusive and, well, less annoying than in a Stinger.

Punch the accelerator out of a corner with traction control off, and even with all-wheel-drive the G70 will kick out its rear in a butter-smooth and controllable manner, easily regaining its trajectory at the slightest steering input. It’s all so easy to grasp that the car disappears from underneath you. It’s the kind of mechanical precision normally only found in European cars. 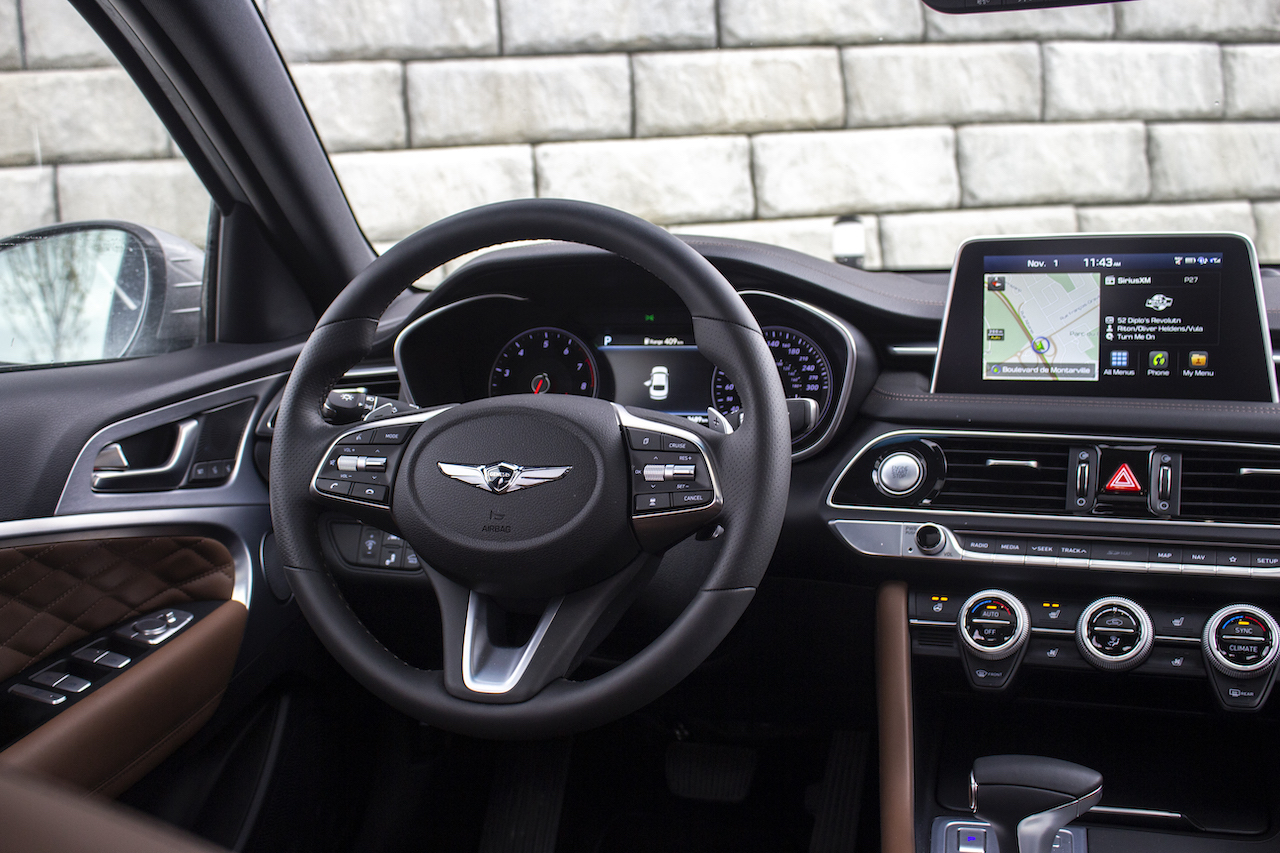 As with all the latest Korean products out there, the G70’s interior ergonomics are spot on, but we continue to be disappointed by its Spartan and rather simplistic cabin design. We wish the car had a bit more character, both inside and out.

That said, while its presentation isn’t as graceful as a Mercedes-Benz or technically savvy as a BMW, not forgetting some shared switchgear with a Kia Rio, the G70 nevertheless teaches the Germans a lesson in downright common sense. Information is displayed in large, easy to read fonts. Knobs are big meaty components that not only feel expensive and of good quality, but can also be used while wearing a pair of gloves in winter.

And while all of its super-intuitive infotainment features can be accessed via the eight-inch monitor, redundant physical controls remain neatly stacked underneath it in case screens aren’t your thing. 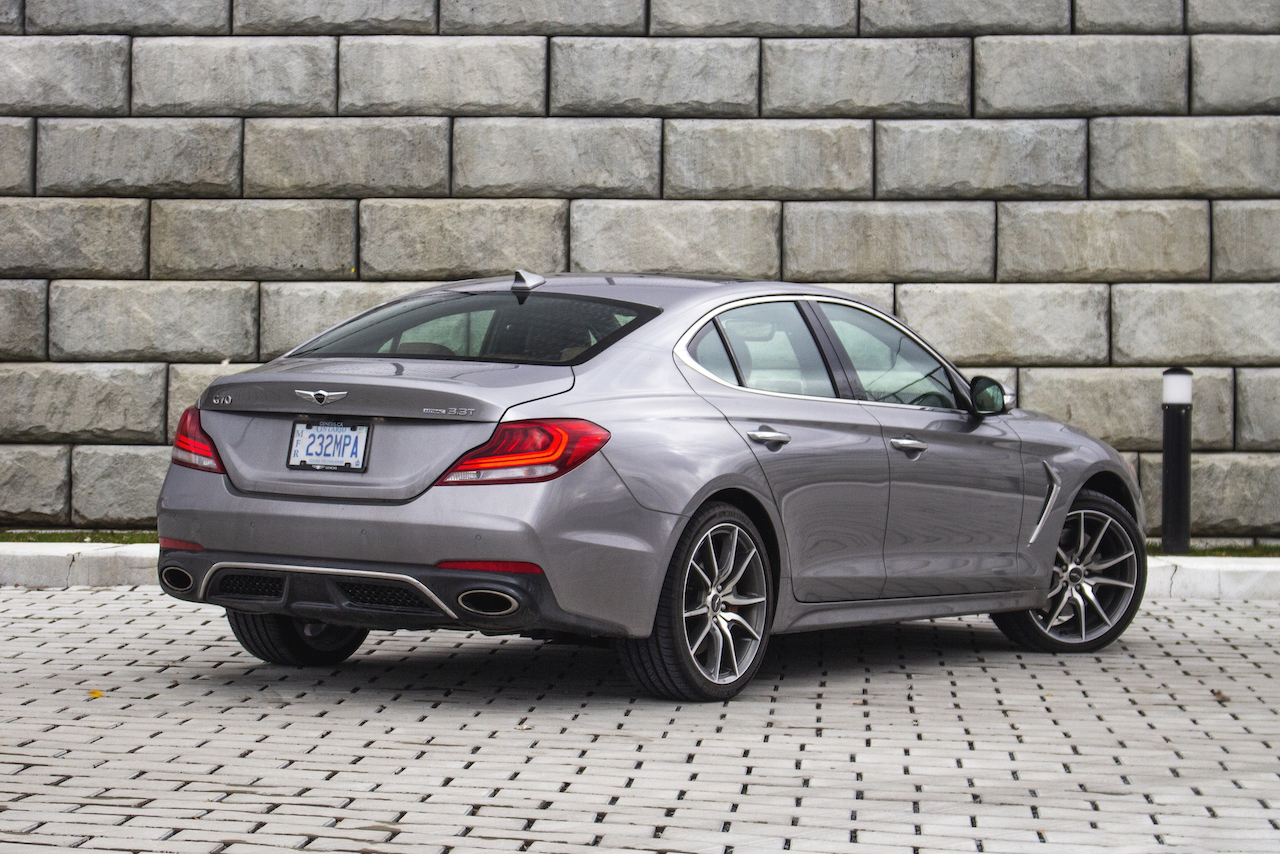 Genesis is well aware that it won’t outsell the competition overnight with its G70, but this is a strong enough start to give the brand the recognition it needs if it wants to be taken seriously by ever-so-picky luxury car crowd. With a starting price of $42,000 for a frankly quite loaded 2.0T AWD, and never really going over the $60,000 for a top-spec 3.3T Sport AWD, the price is certainly appealing. You can even get one with rear-wheel-drive and a six-speed manual gearbox, a configuration that’s all but non-existent in this day and age. Heck, you don’t even need to leave your home to buy one, as the entire process can be done online.

If you can get past the name, the 2020 Genesis G70 is definitely a sports sedan we recommend. 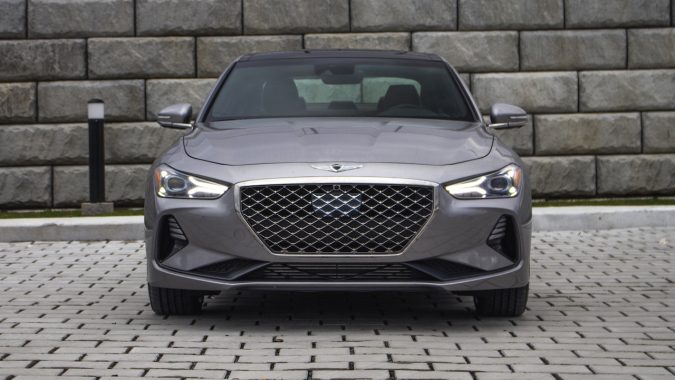 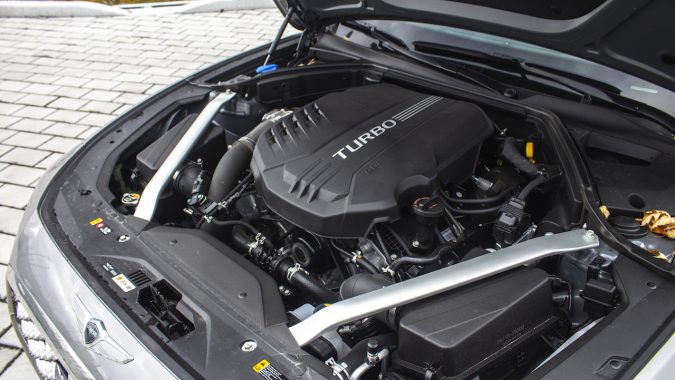 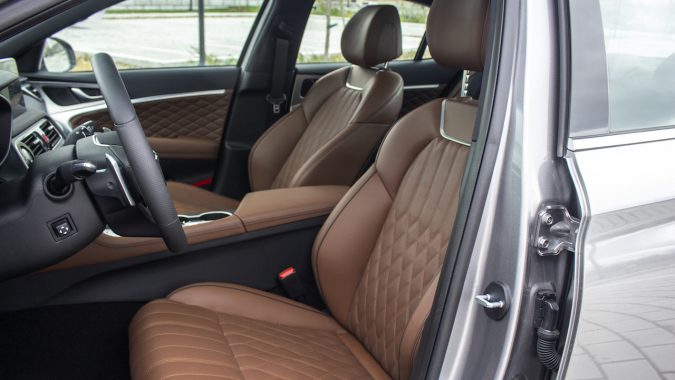 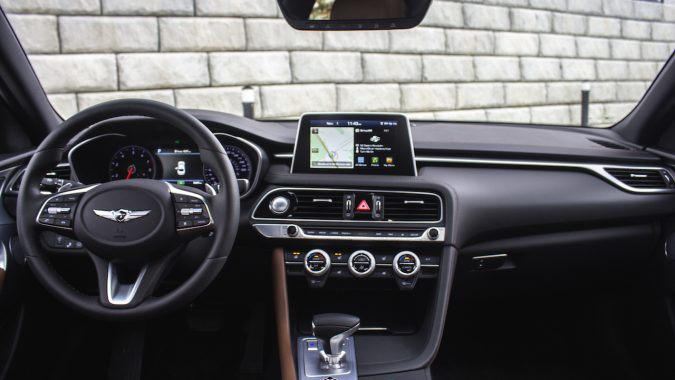 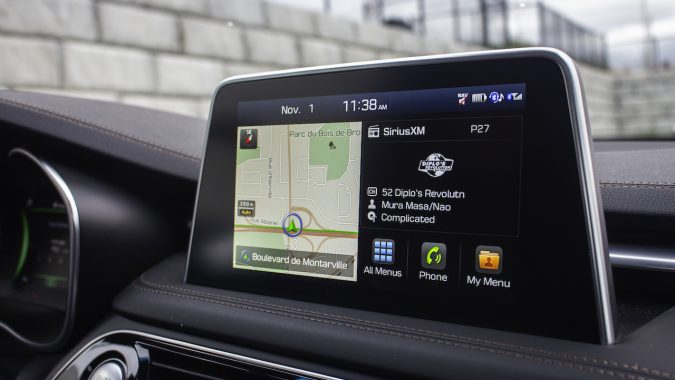 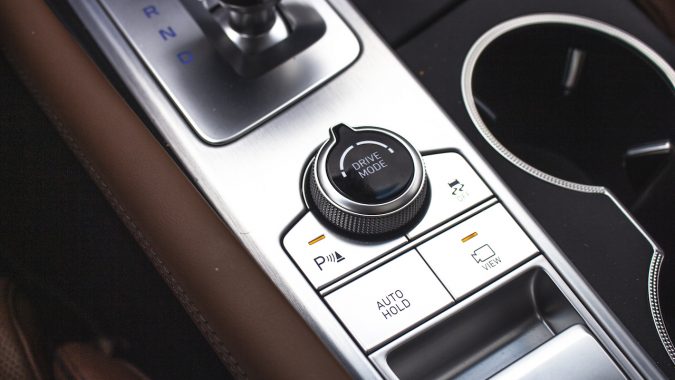 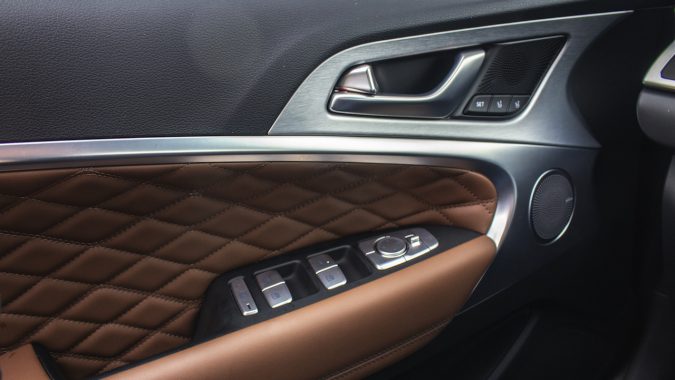 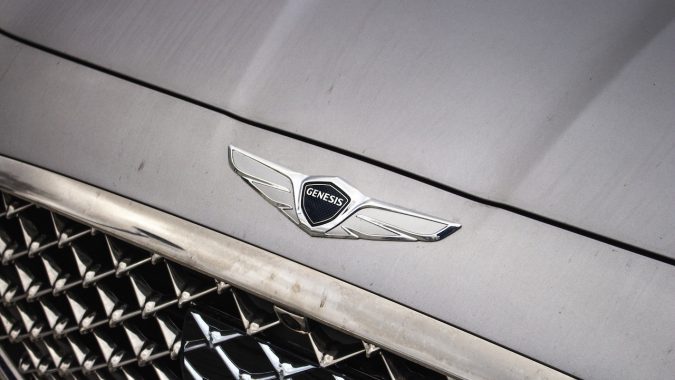