The Acura ILX A-Spec is a great daily driver that's more than just a luxury Civic.

Which might be as much of a surprise to you as it is to me. After all, I was thoroughly underwhelmed by the ILX’s big brother, the TLX A-Spec. The TLX has more power, better handling, more “luxury” features… and I think it’s much worse than the cheaper, slower, less-equipped ILX.

I thought the TLX was too fat and lumbering. It’s a big lazy sedan with too many driver assists, seemingly determined to remove you from the experience of driving. And while its 290 horsepower was sufficient for everyday driving, at its price point, it just feels thoroughly yawn-inducing compared to its competition. Not luxurious enough to be a luxury sedan and not sporty enough to be a sports sedan. It’s a confused car that doesn’t know what it wants to be. Also, it looks boring.

It boggles the mind how the ILX can be such a far cry from that. It’s a motivated, handsome machine that’s so much more car than you get from other vehicles in its price range. As a daily driver, something to live with every day, I’m hard-pressed to think of something I’d recommend over the ILX Tech A-Spec.

Which, you probably assume means I’m displeased. I ragged on the TLX for feeling slow, even though it reaches 100km/h over two seconds quicker than the ILX. If you’ve been keeping up with anything I’ve been writing on Wheels, it’s pretty clear I like power and speed and I often give reasonably quick cars a big fat, “meh”.

I fall firmly under the James Pumphery camp of, “Mo Powa Bebeh!”  If a fast car is a good car, then a faster car is a better car.

But I sincerely believe the ILX doesn’t need a single horsepower more.

Unlike the actually faster TLX, the ILX feels “peppy” and motivated. Jam your foot into it at any speed, and the little four-cylinder wakes up and urgently hustles into its peak power zone. 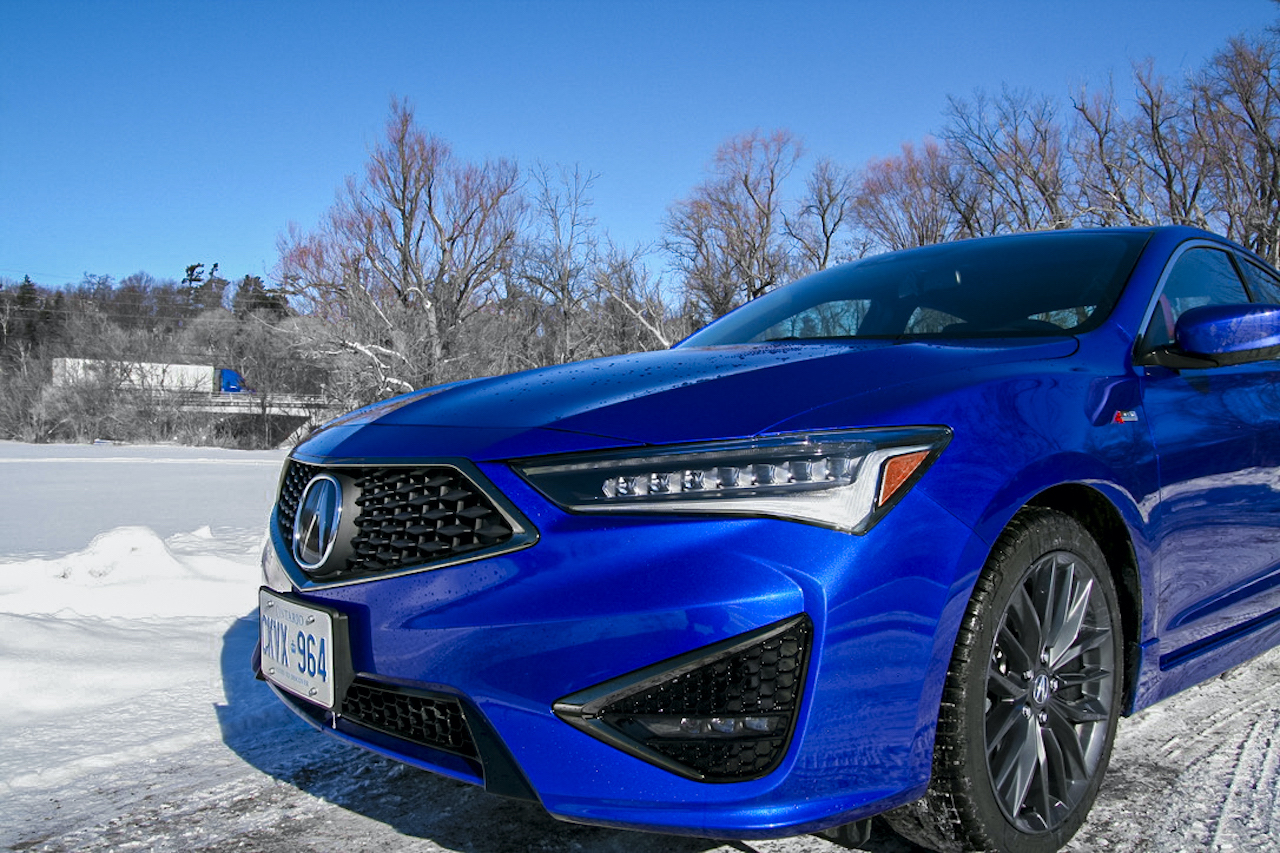 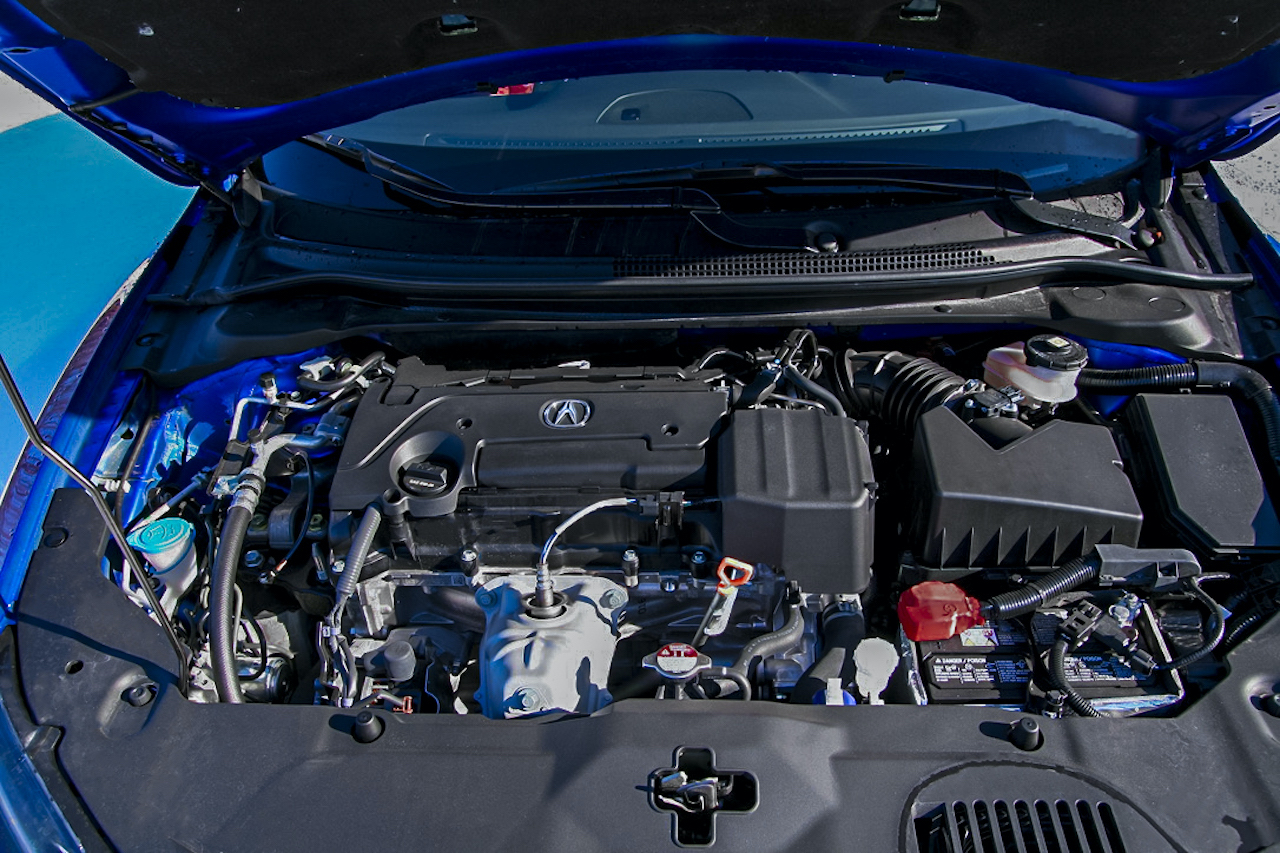 This engine is like a small dog—a Yorkshire terrier that goes berserk every time somebody walks by the window. It’s not actually dangerous, of course. But it barks its head off in a frenzy at the slightest provocation—giving you 100%, even if the occasion really only called for 30% .

The ILX’s dual-clutch 8-speed transmission is phenomenal. Its buttery smooth shifts are immediate and seamless. Downshift it yourself and the response is noisy, surprisingly torque-dense and timely.

Slip the car into “sport mode”—which is unbelievably simple using its mercifully traditional shift lever, and the computer just holds the engine revs right around 3,500 rpm at cruising speed. Even though I was down on power, I found myself blowing off BMW 320is and Golf GTIs with ease on the highway—because I was always in the powerband. Which is really what matters in a car you’re going to live with every day. All you really need is good passing power.

It feels fast. And fun. And that’s enough for this car.

It’s noisy too. However, I’m not unconvinced that these issues were not all down to this particular ILX A-Spec’s equipped, P225/40R18 Michelin Pilot Alpin winter tires.

They look great and even hook up well on the highway (for a winter tire), helping out with that urgent sense of performance I mentioned earlier. But they really spoil the ride quality. 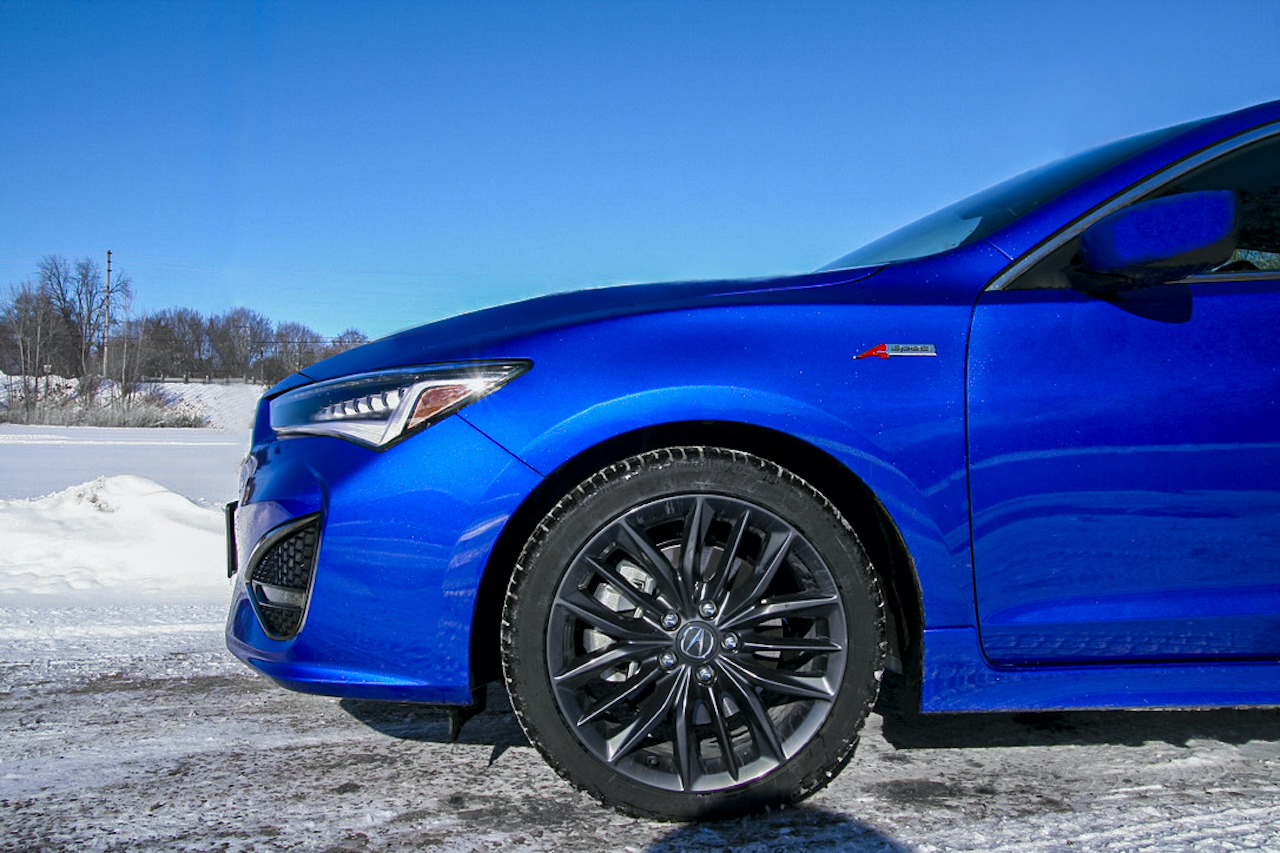 Most troubling, they left much to be desired in the snow. To compare to the TLX’s confidence-inspiring AWD system, I took the ILX down an unpaved snowy backroad with an 80 km/h limit. I wouldn’t call the experience “scary”, but you really had to be awake. I certainly wasn’t adjusting the radio or taking a sip of coffee as the tires floated and slid around under the thick snowy roads.

Still, the steering is light, the brakes are good, the car is easy to see out of and oversteer, as well as torque steer are minimal.

My recommendation? Test drive one yourself with all-season tires just to be sure you’re satisfied with the ride quality.

My as-tested ILX Tech A-Spec was equipped with a red-leather interior and I have to say, it won me over immediately. It’s different, it’s interesting, and compared to a similarly optioned Honda Civic Si, it definitely seems like a “luxury” upgrade.

If nothing else, the steering wheel itself is very hard to not like. It’s thick, leather wrapped, feels great in your hands and its buttons are out of the way, while still easy to use. Ferrari should take notes.

Everything you touch inside feels soft, ergonomic, and of quality. Like the TLX, the ILX interior is superbly finished and is just an overall nice place to spend time.

The interior is laid out almost identically to the larger TLX with its prominent dual-screen interface. While your navigation constantly running eventually becomes a welcome convenience, the entire system simply isn’t as intuitive or user-friendly as the one found in a new Honda. Which is sort of baffling why Acura would continue to opt to use a worse system. Maybe the logic is that two screens seems like more of a “luxury” option versus the Honda’s single screen. Which is unfortunate, because Honda’s interface is very, very good. 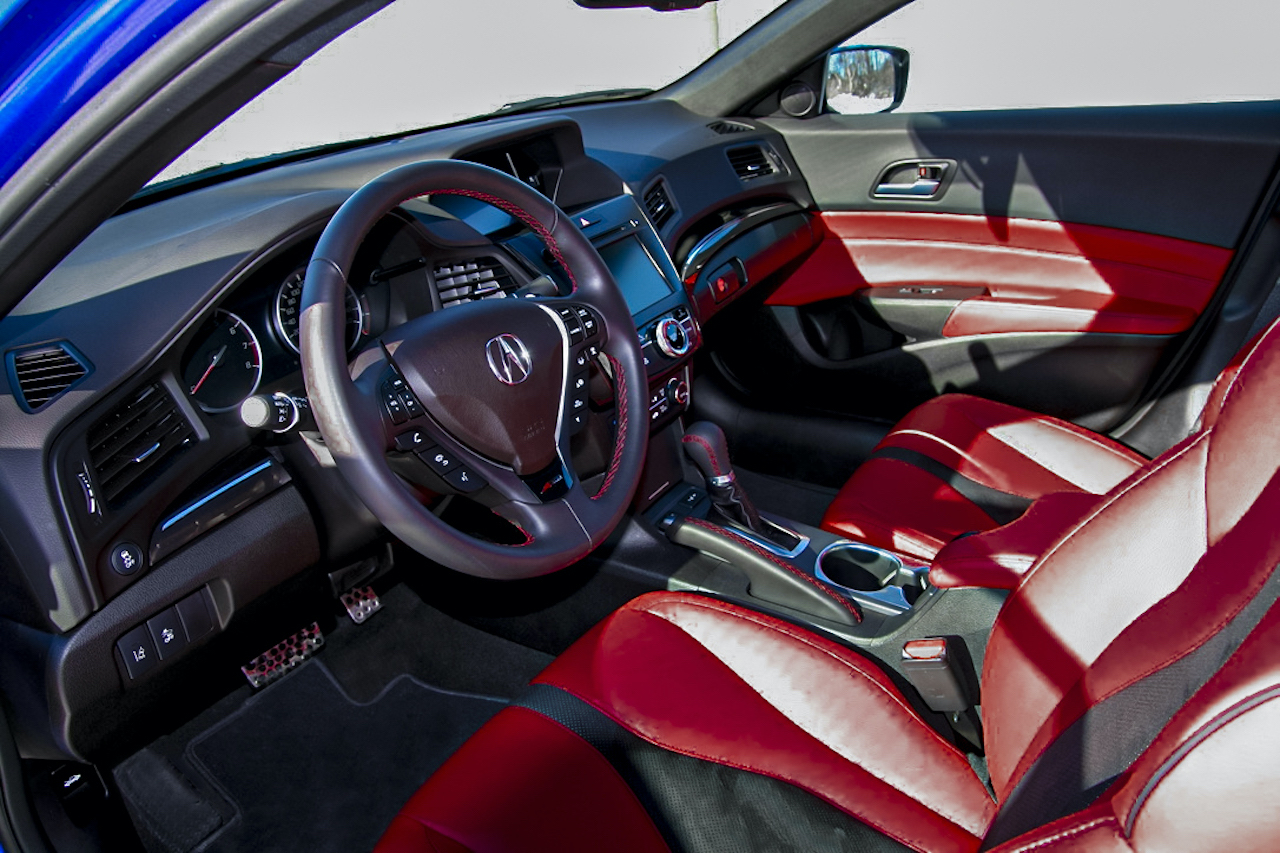 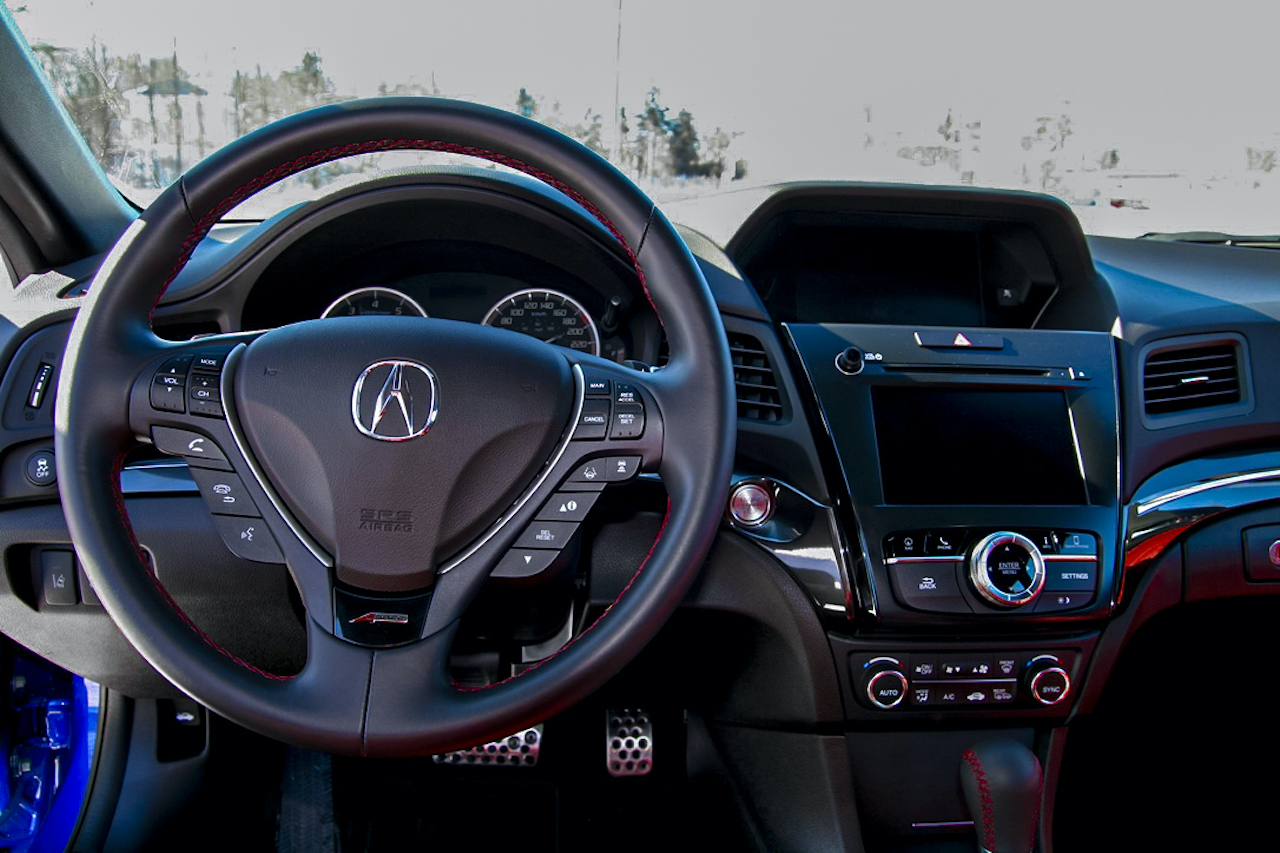 Mercifully, the ILX uses a conventional shift-lever instead of the frustrating push-button shift system. Additionally, turning off the prison warden that is the lane departure assist system is as simple as pushing a button on the steering wheel.

The simplicity continues to other features, such as seat warmers — they’re a simple on/off switch located ahead of the shifter. Switching on sport-mode is as simple as dropping the shift-lever out of “D” and into “S”. Also, joy of joys, the ILX features a traditional handbrake.

While I welcome the simplicity, I could see some bemoaning it, particularly when you purchase a car with “Tech” in the title. More selections for the driving modes may be a welcome feature. Additionally, the rear seats lack a USB plug in or any climate controls of their own.

The instrumentation is also dated. It uses traditional gauges, and while I love that, I could see some wondering why the “Tech” model hasn’t moved into the 21st Century with digital, customizable gauges.

It also has to be said that ILX feels a little small inside. At least, for a 6’3’’, 180lbs dude. I simply could not get my seat low enough to not prevent myself from constantly feeling a little claustrophobic. The back seat is cramped too.

Again, I ragged on the TLX for being uninspired and boring—for not looking sporty or luxurious enough. But that car costs $50,000 and is a proper-sized sedan. For some reason, when you’re talking about a car which starts at $15,000 less, with a shorter wheelbase, that same design language totally works.

Parked next to a VW Golf or an Audi A3, the Acura ILX looks striking and sharp. It looks sporty, but dignified. You’d be as comfortable showing up to the opera in this thing as you would a cars and coffee event. It’s the kind of car you could pick up a first date in and not be judged for being too boring or too much of a try-hard.

I love it. And I really love it in the “Apex Blue Pearl” colour that our test car came in. You can find it in a parking lot with ease, but never get tired of it. 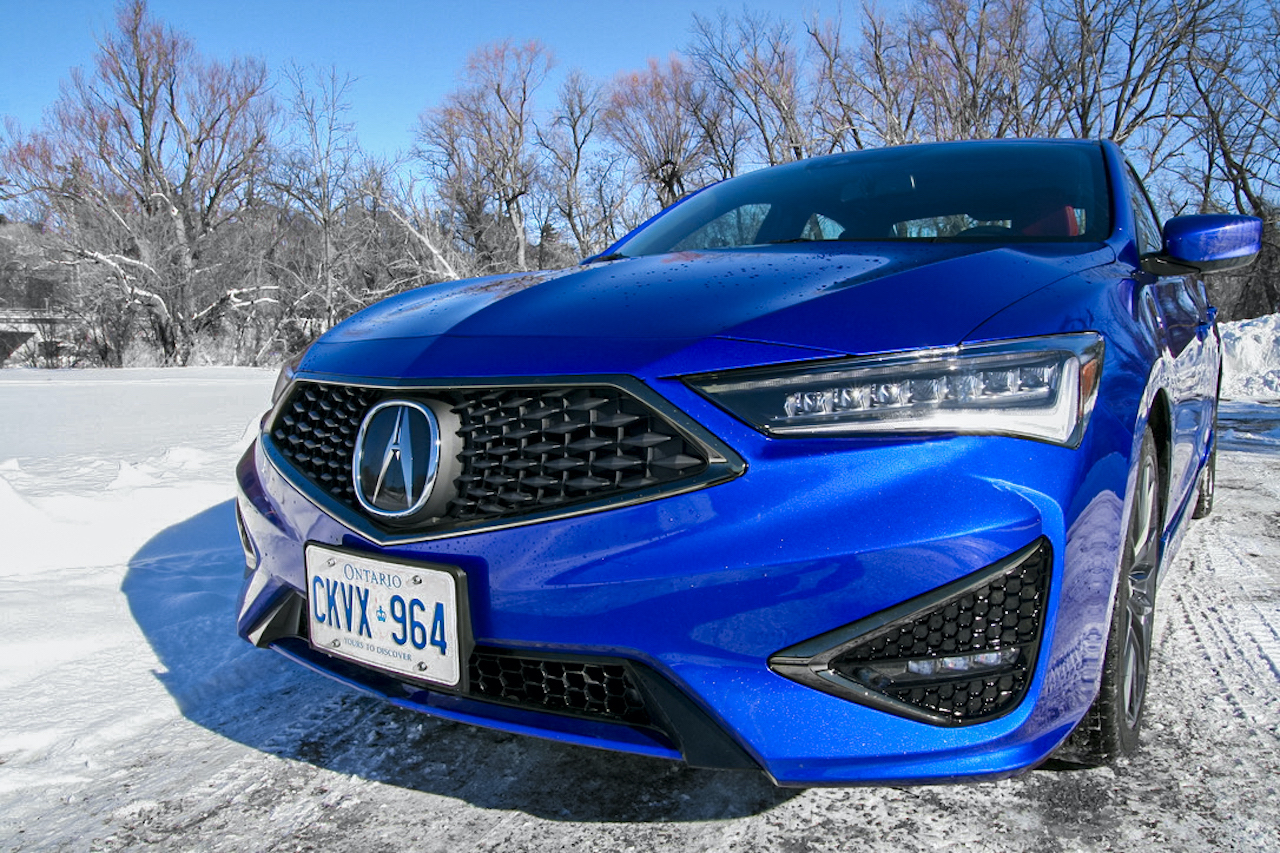 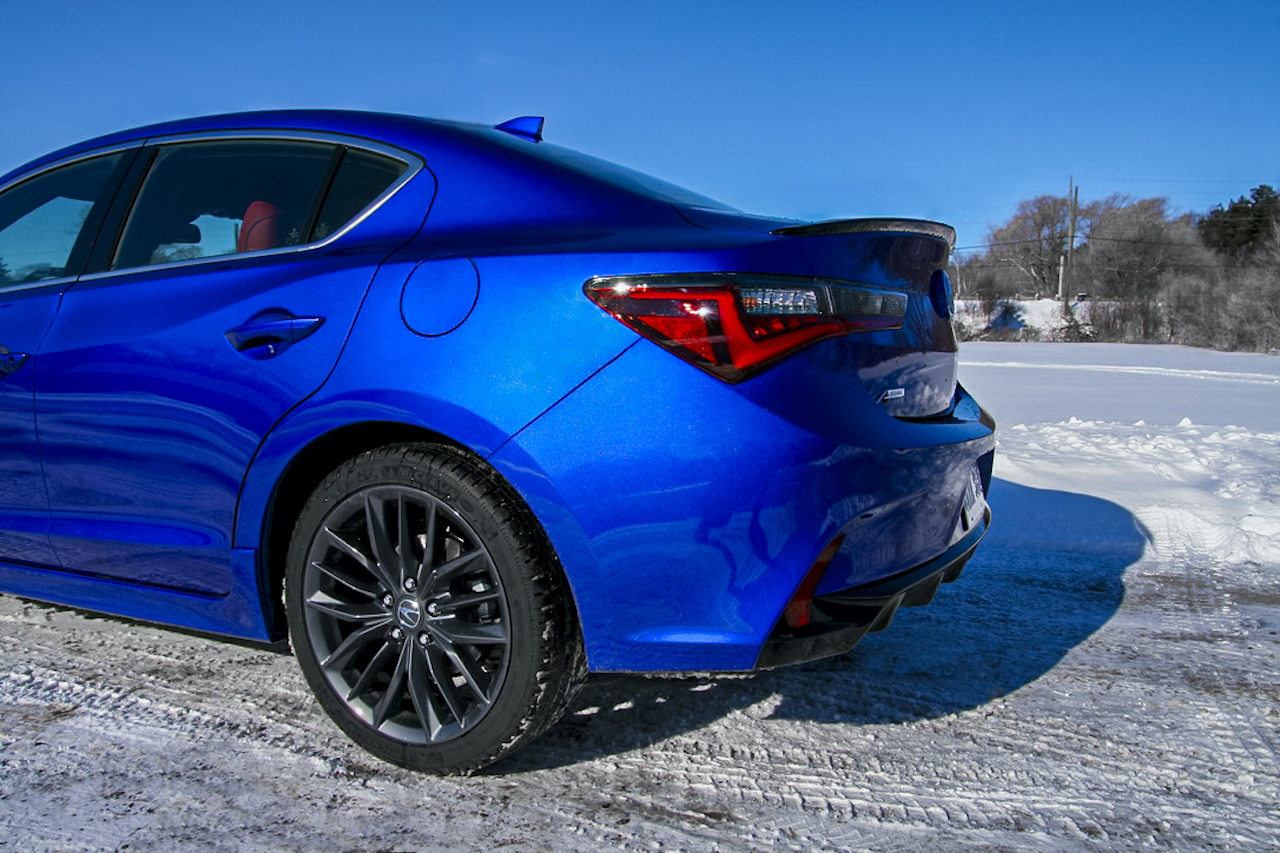 It’s easy to brand the ILX as simply a Honda Civic with a luxury badge on it. But it really is more than that. The interior comforts and quality alone are enough to distinguish it and justify the higher sticker price. However, I think the real difference is in how the ILX presents itself to the world. It has a level of equity and self respect that a Civic can’t match.

It looks like a car for a grown up. It’s hard to say exactly what that’s worth.

As a daily driver, for the money, I’d have one of these with no questions asked. The TLX is an underperformer in its category, but the ILX is an overperformer at its price point.

Would it be more exciting with a six-speed manual transmission and the engine from the Civic Type R? Of course. But I don’t know if I would buy that car. It would probably cost at least $10,000 more than it currently does. And if that were the case, I would probably just buy the Type R instead—or think very seriously about an Audi S3 or BMW 330i.

This isn’t the car you buy to win drag races or impress your friends or make people assume you have an extensive gold watch collection.

The ILX is the automotive equivalent of a pair of Stan Smith sneakers. Well-made, but not the most expensive option. Sporty, but dignified. Casual, but it goes with everything. Stylish, but very livable for everyday use. 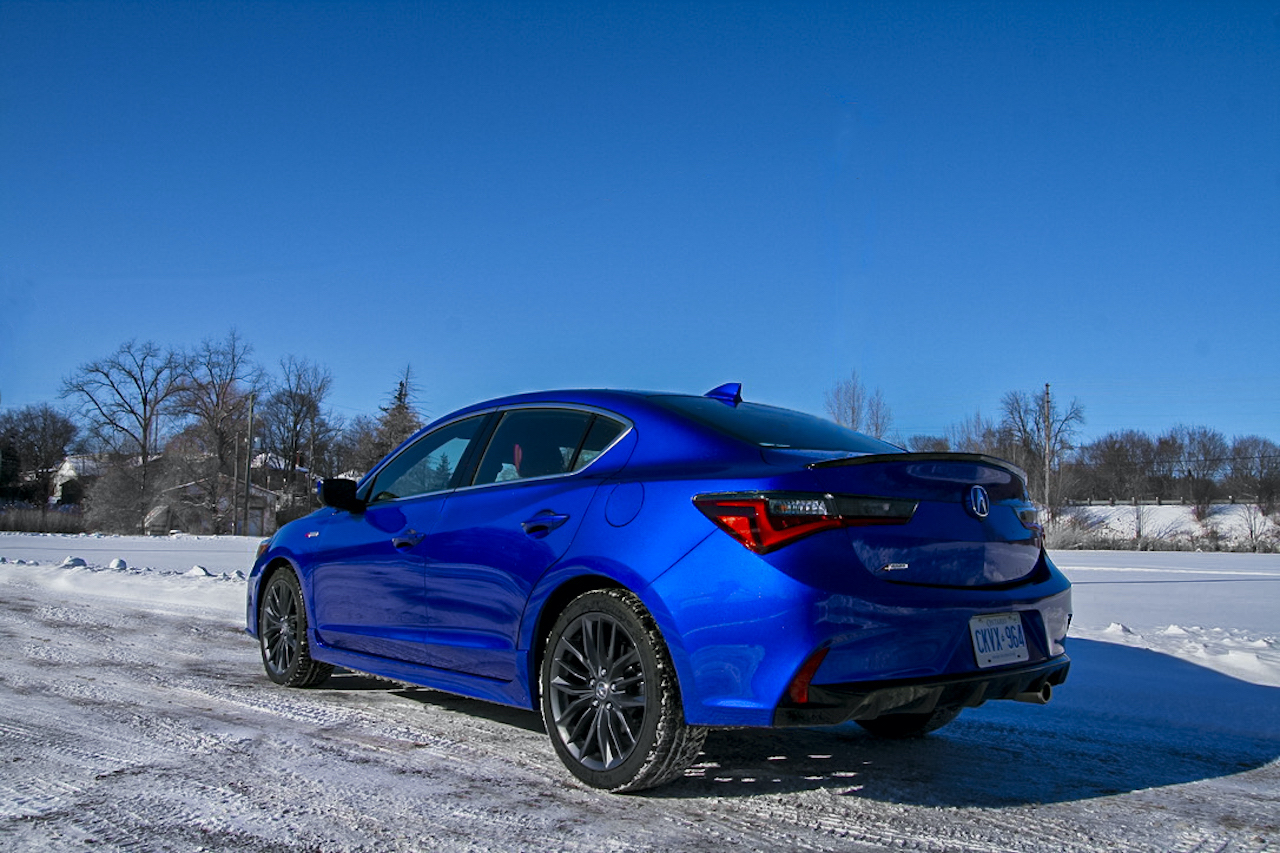 Sure Air Force 1s are trendy right now—they’re what the kids are into. But you can’t show up to a job interview or go on a date with someone older than 22 in Air Force 1s.

I usually judge if a car is good or bad on whether I want to give it back at the end of a test period. And I have to confess, I didn’t want to give the ILX back. It’s something I wish I had for when I needed to take a drive, rather than when I just wanted to.

Looking for a great daily driver starting under $40,000? Here are our picks for the best. 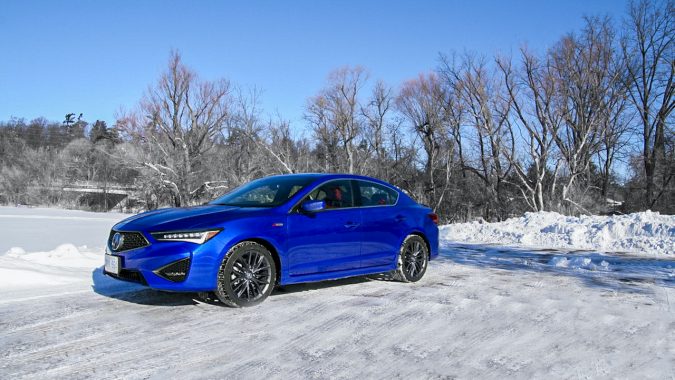 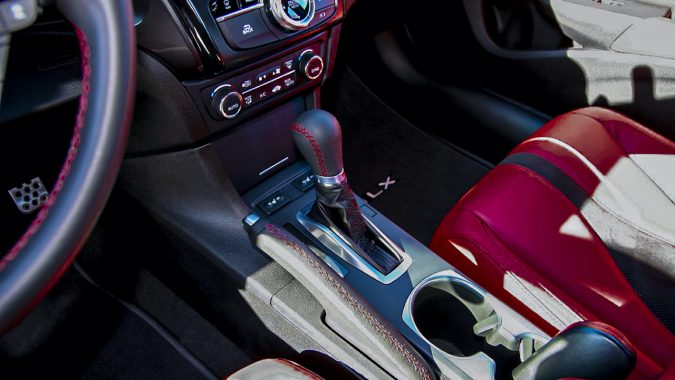 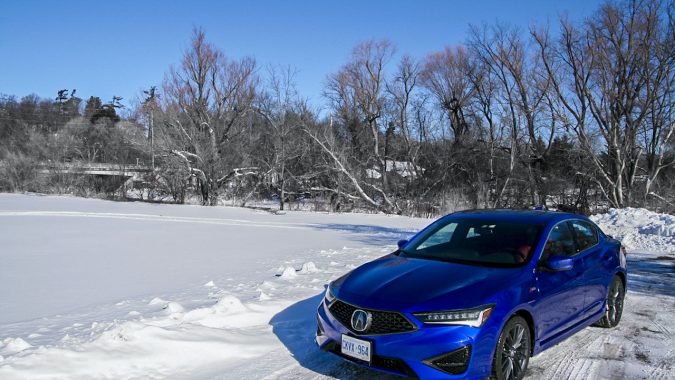