It’s a curious tic that inflames just about every family on the planet: two (or three, or four) siblings who grow up in the same household in the same environment with the same parents emerging with completely distinct personalities. Greg’s a metalhead who wears leather jackets, Peter hits up the skate park to practice a 360 toe flip, while Howard’s captain of the hockey team and plays Xbox in his spare time. The only common thread – besides walking upright – are their parents.

The advent of a common vehicle platform has allowed this evolutionary quirk to jump species from human to car. Many manufacturers are realizing huge savings by developing a single platform and then modifying it to fit the machine they are tasked to create. At McLaren, it’s the Monocell. Toyota calls it the TNGA. And at VW, one of the world’s largest carmakers, engineers have come up with the MQB.

Like all good German words (and German machines, too, if we’re being honest), the actual spelling is overly complex and longer than it needs to be. Standing for Modularer Querbaukasten, it loosely translates into Modular Transversal Toolkit. We simply call it brilliant.

This technology underpins three of our favourite cars from VeeDub and, like our fictional band of brothers, each have a personality all of their own.

The Golf GTI is a fun-loving little thing, advertising its sporty intentions like a cheerleader. The Golf R, on the other hand, is a fantastic rocket with the personality of an ice cube – driving one is like dating a really hot chick but you just know she’s not that into you. Then we arrive at this Jetta GLI, a seemingly sober sedan that cribs a few parts from its siblings while leaving the driver with a smile on their face. 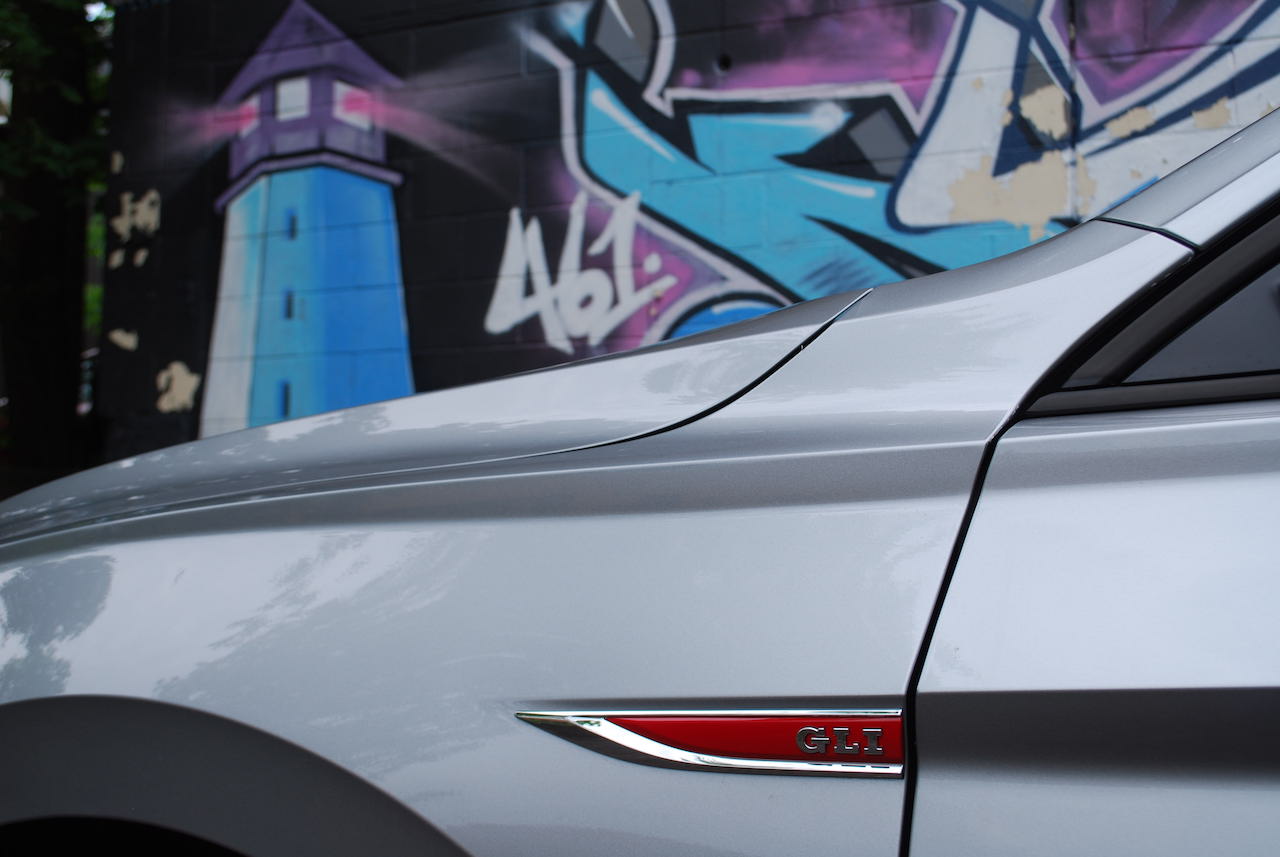 How I just switched from brothers to sisters I don’t know. Surely someone will yell sexist remarks in my general direction for such a faux pas. But you get my point.

Under the hood of the 2019 Jetta GLI is a turbocharged 2.0L four pot making 228 horsepower and 258lb.-ft of torque. If this sounds familiar, give yourself a gold star. It is the same engine found in the GTI hatchback. Comparing this GLI to the old one, it finds itself packing 18 more horses and 41 more units of twist. It’s the latter that you really feel, providing a punch when merging onto a highway or accelerating out of that long left handed sweeper.

This amount of power is, as the eggheads in Coventry used to say, adequate. Perhaps your author is spoiled by steriodal small cars like the Civic Type R and VW’s own Golf R but I could never shake the feeling that I wanted more oomph. Our tester was equipped with a delightful six-speed box, so keeping the 2.0L on the boil was a too-fun act of manual labour. Brakes nabbed from the Golf R whoa things up quite smartly.

Sure, the optional seven-speed DSG is a world class unit – and likely changes gears faster than most human drivers – but, unless your commute involves a soul crushing amount of stop-and-go agony, it recommended to pass on it in favour of the stick. And even then, a weekend blitz of your favourite stretch of tarmac will be enough for those three pedals to get back in your good graces. 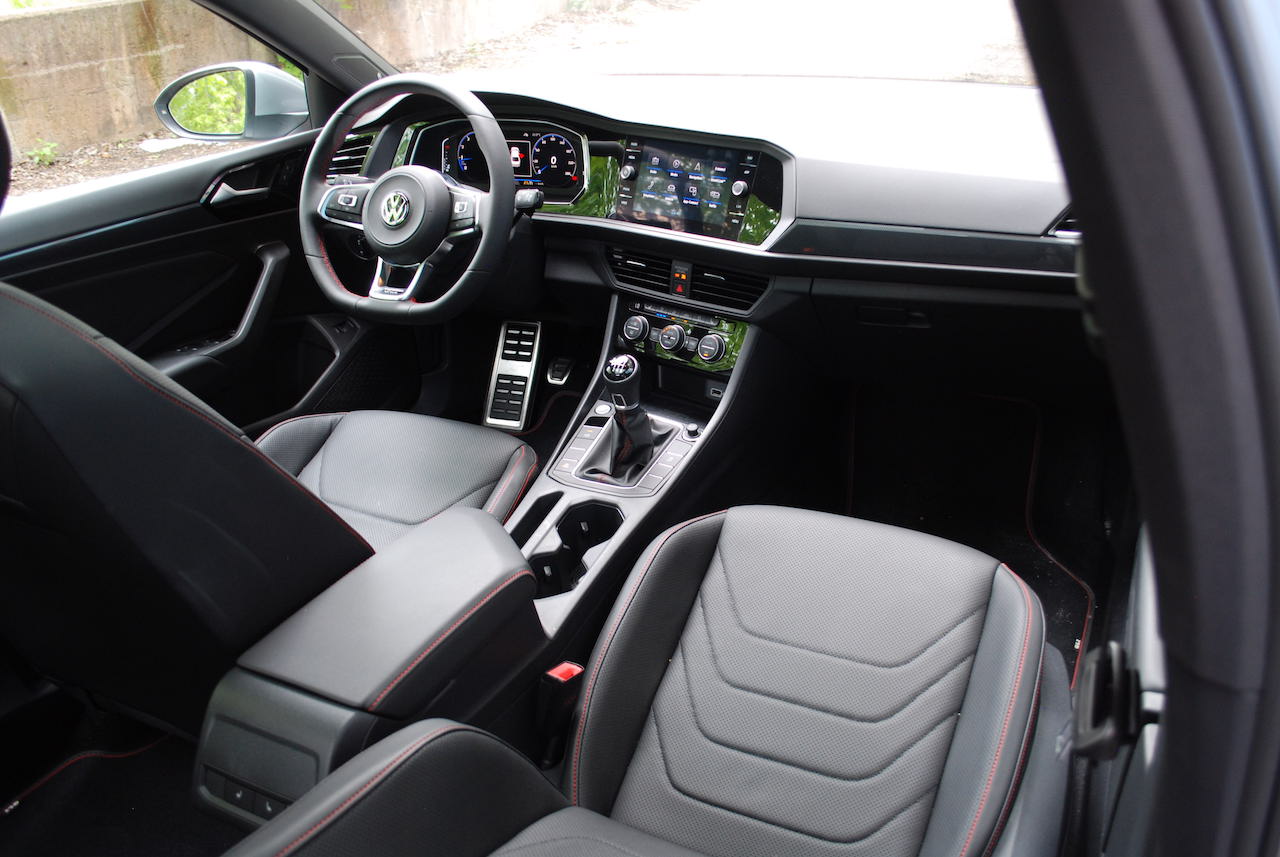 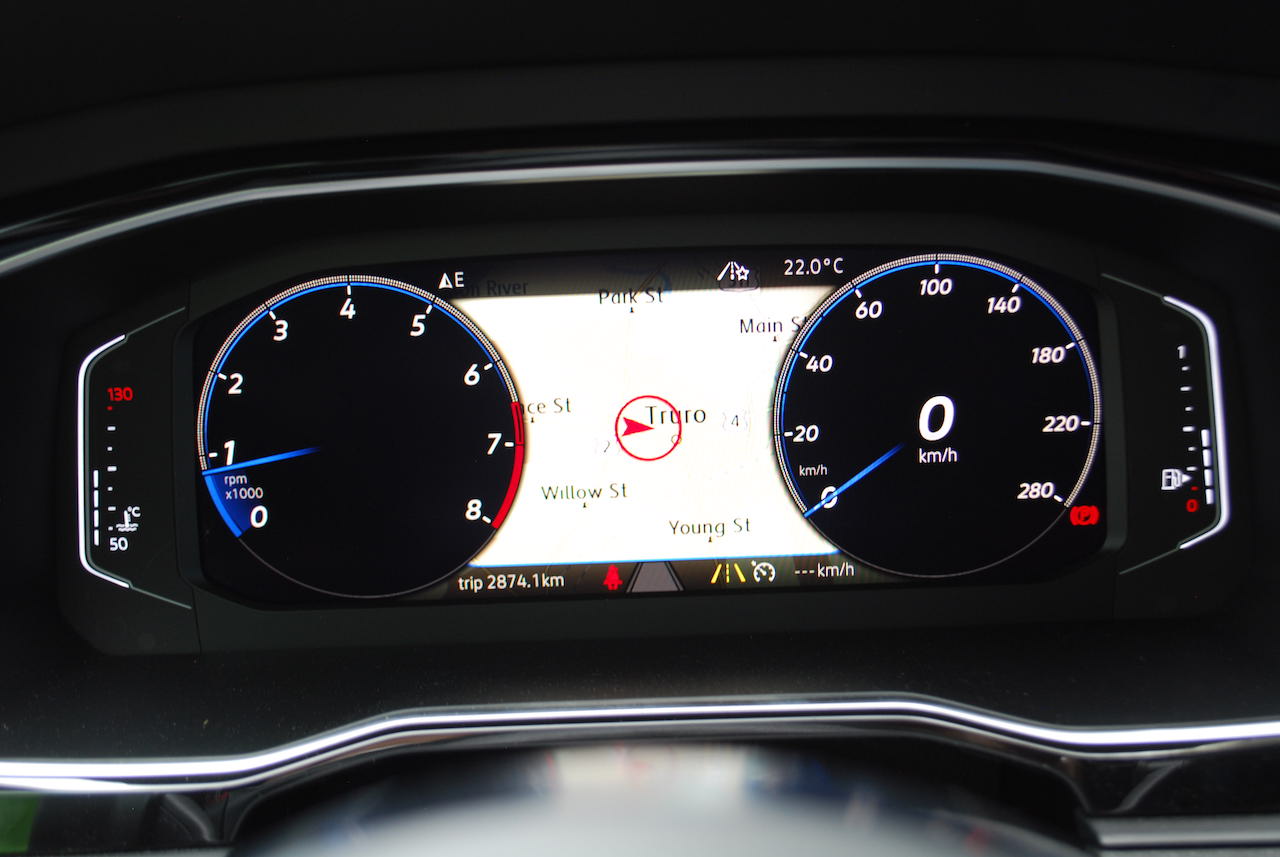 Spotting a GLI in traffic will take an eagle eye but those in the know will recognize a set of bumpers that are more aggressive than those found on a regular Jetta. In fact, upon exiting the GLI after a particularly satisfying back road blast, your author discovered a discarded paper bag had wedged itself into the GLI’s front lip. This car cleans up, both literally and figuratively.

Also like the GTI hatchback, this car is equipped with an electronically controlled, torque sensing limited-slip diff, a piece of kit that helps eliminate understeer, a common problem among front-drive cars with decent amounts of horsepower. Drivers can select from a trio of pre-set driving modes but your author preferred to mix and match like he does at the Chow Family buffet in his town. This individual mode allowed steering and suspension to be placed into ‘Sport’ but left the exhaust note in ‘Normal’. Why? On highway trips, and occasionally around town on occasion, the most aggressive exhaust setting droned like a long-winded accountant.

The interior of this GLI is a masterclass is German stoicism with a dash of class. Brightwork peppered around the interior on places like the steering wheel and around the shifter allow the cabin to avoid providing the feeling as if one has fallen into a deep well of black ink. The infotainment system has a sensor bar located along its edge, allowing it to know when a hand is approaching so it can pop up the appropriate menu buttons. This is a dandy solution to cluttered screens.

Luddites in the audience will scream bloody murder about the inclusion of gauges that are very similar to the tremendous Virtual Cockpit found in snazzy Audis. Configurable to the nth degree, this wide span of screen can serve up an enormous map or any number of interactive infotainment options. When the going gets serious, calling up a tach and speedometer is just a button push away. 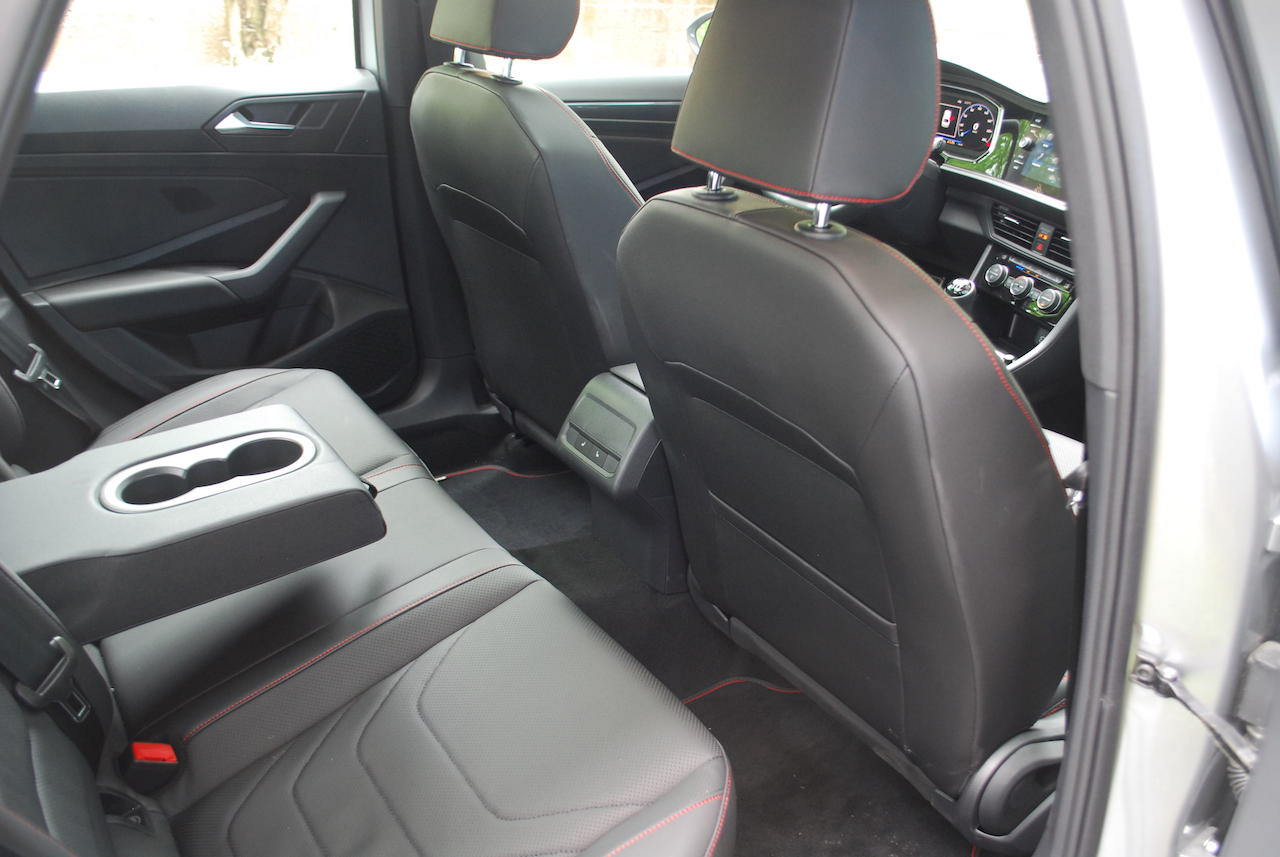 GLI sedans have often been described as a GTI with a trunk and we’re pleased to report this statement is more true than ever. Front seat accommodations are typical VW, with a firm but comfortable set of chairs and great sightlines. There is room in the back seat for two children and room in the trunk for two more.

Given the base Jetta’s value proposition, and the relative lack of visual drama provided by the GLI, this car’s starting price of $31,695 might raise your neighbour’s bushy eyebrows. In reality, it’s right in line with its GTI brother but is a three grand walk from the 205hp Civic Si sedan. There are but two options on the GLI – the DSG mentioned earlier and a Driver Assistance Package that ladles on needless safety nannies. Our tester was devoid of both and we did not miss them. After spiritedly spinning the odometer up 363km over the span of seven days, we burned but 26 litres of go juice, arriving at a more-than-reasonable weekly economy of just 7.2L/100km.

We think the new MQB common platform fits the GLI quite well while giving the car a personality distinct from its two siblings. Really, though – with parents like VW, you already knew these kids were going to grow up and be successful, no matter how different they are. 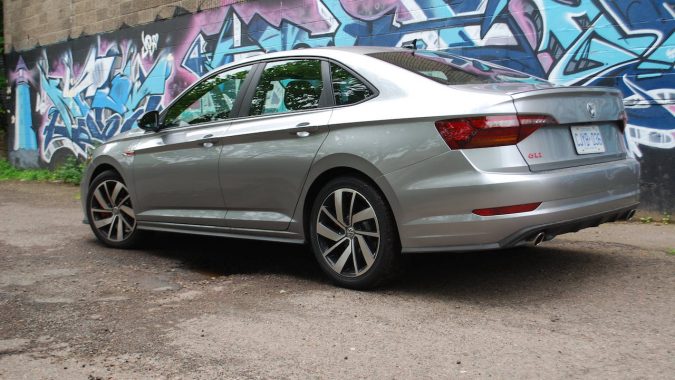 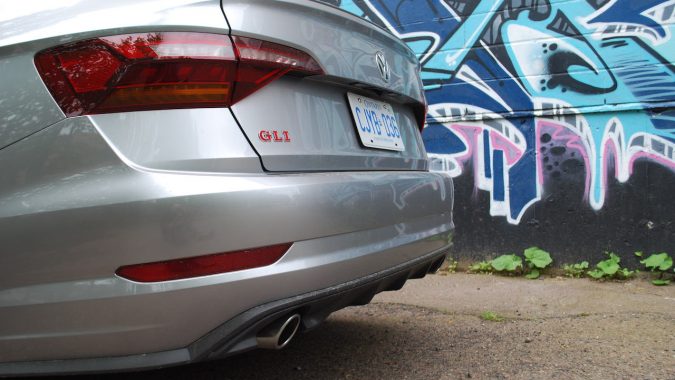 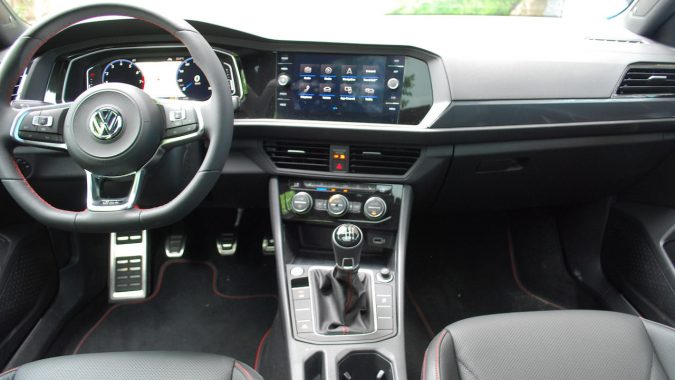 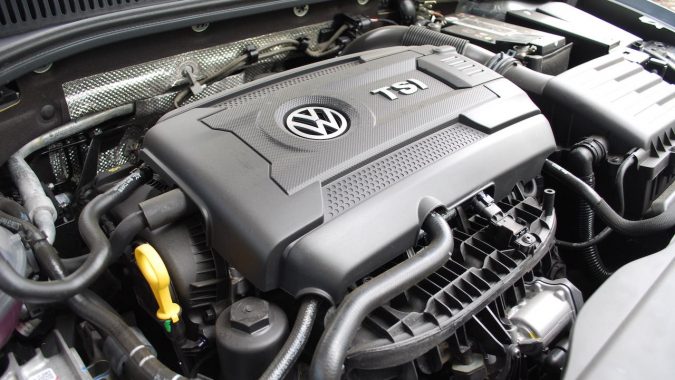 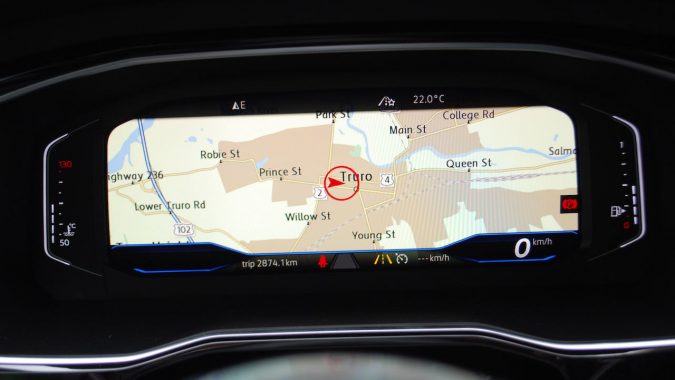 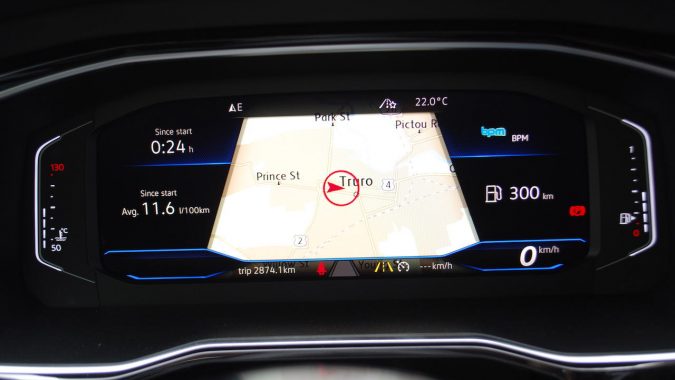 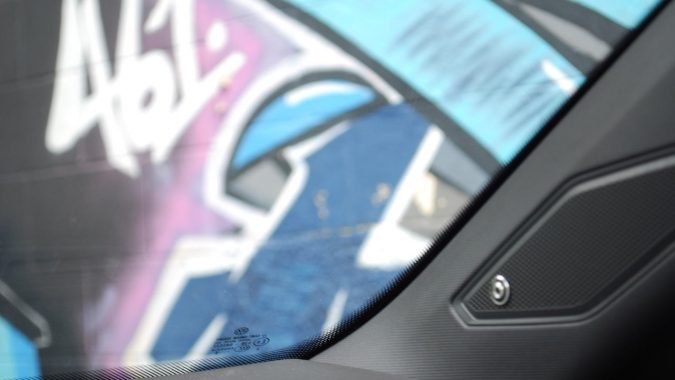 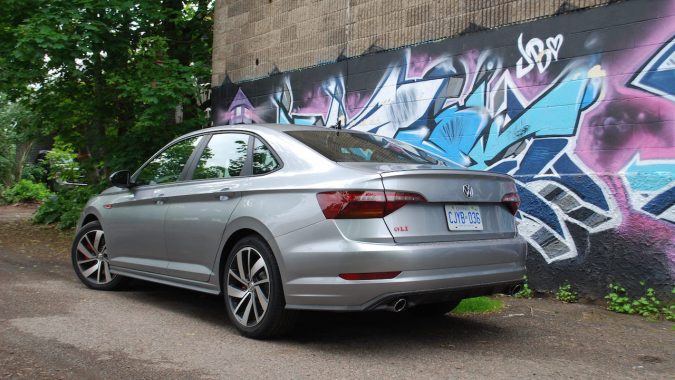