Last ride in the last Beetle.

PUEBLA, Mexico: It’s strange to be writing about a new car launch for a model that is already being discontinued, but that’s the story of the 2019 VW Beetle Wolfsburg Edition.

Arriving soon in Canadian VW dealerships, the Wolfsburg Edition comes with the announcement Beetle production worldwide will cease next year.

This makes it the least expensive four-seat convertible you can buy in Canada.

For the 2019 Wolfsburg Editions (called Final Edition in the U.S.), there are two main colour choices. 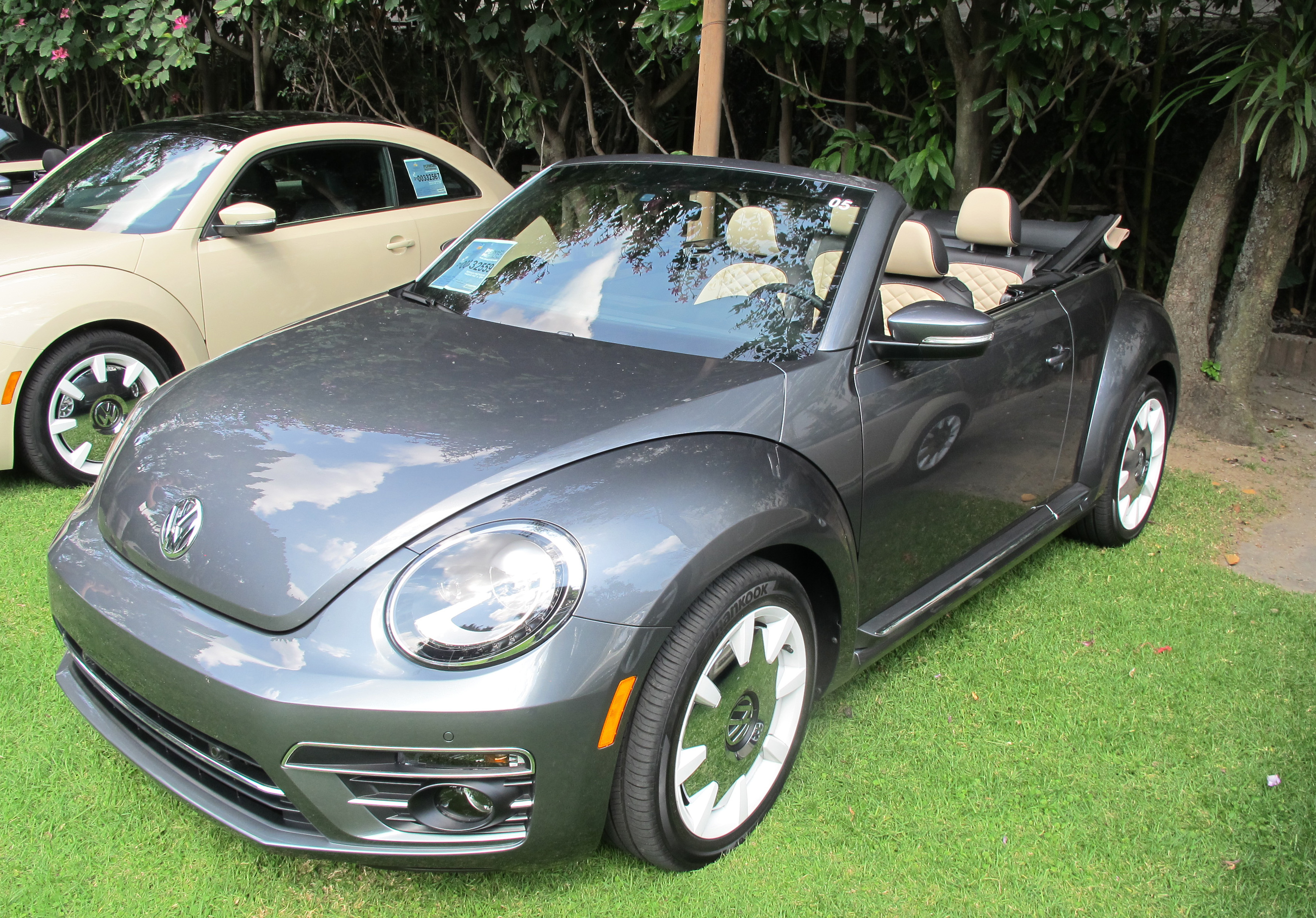 The first is Safari Uni, which is derived from VW’s Harvest Moon Beige. The other is Stonewashed Blue, which harkens back to the much-loved 1970 Jeans Bug (remember that?) and, more recently, the 2016 Beetle Denim.

And for those who want something a shade (pun intended) different, the Wolfsburgs can also be had in in Pure White, Deep Black Pearl or Platinum Grey.

Both models will have a “Wolfsburg Edition” badge on each front fenders. U.S. models don’t have a badge except “Beetle” on the rear.

Amenities are numerous, including body-colour side mirrors, 17-inch alloy wheels and heated washer nozzles. Coupe models include a sunroof, while convertibles include a one-touch power top.

Keyless entry with push-button start is standard, yet a heated steering wheel is not available, even though it is leather-wrapped and multi-functional. 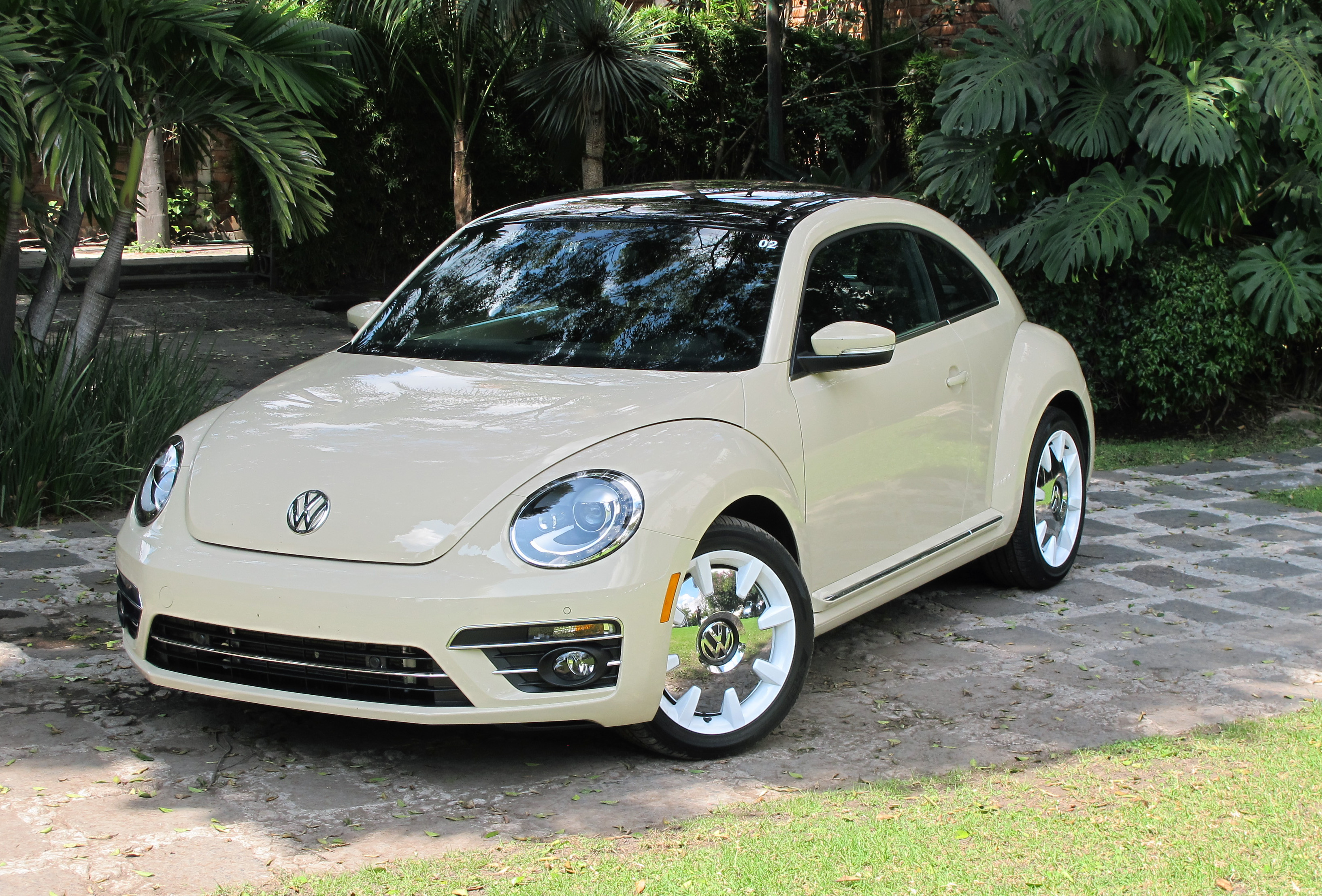 All 2019 Beetle models are equipped with a 2.0-litre direct injection inline four-cylinder turbo engine, producing 174 hp and 184 lb/ft of torque driving the front wheels through a six-speed automatic transmission. There is no manual transmission available nor VW’s 4Motion all-wheel-drive.

In short, this is truly a limited edition, but it’s not barebones either.

The venue for this final drive was Puebla, Mexico, the home of VW’s vast production plant where vehicles such as the Tiguan, Jetta and Beetle are built and sent around the world.

It’s so big the only way to do the plant tour was to load the media into Beetle Convertibles and drive through the several buildings, as walking on foot would have taken a day.

Driving both the Coupe and Convertible, I was immediately reminded the driver’s seating position is sort of in the centre of the car, so setting the mirrors was important especially in the Convertible with the top up. 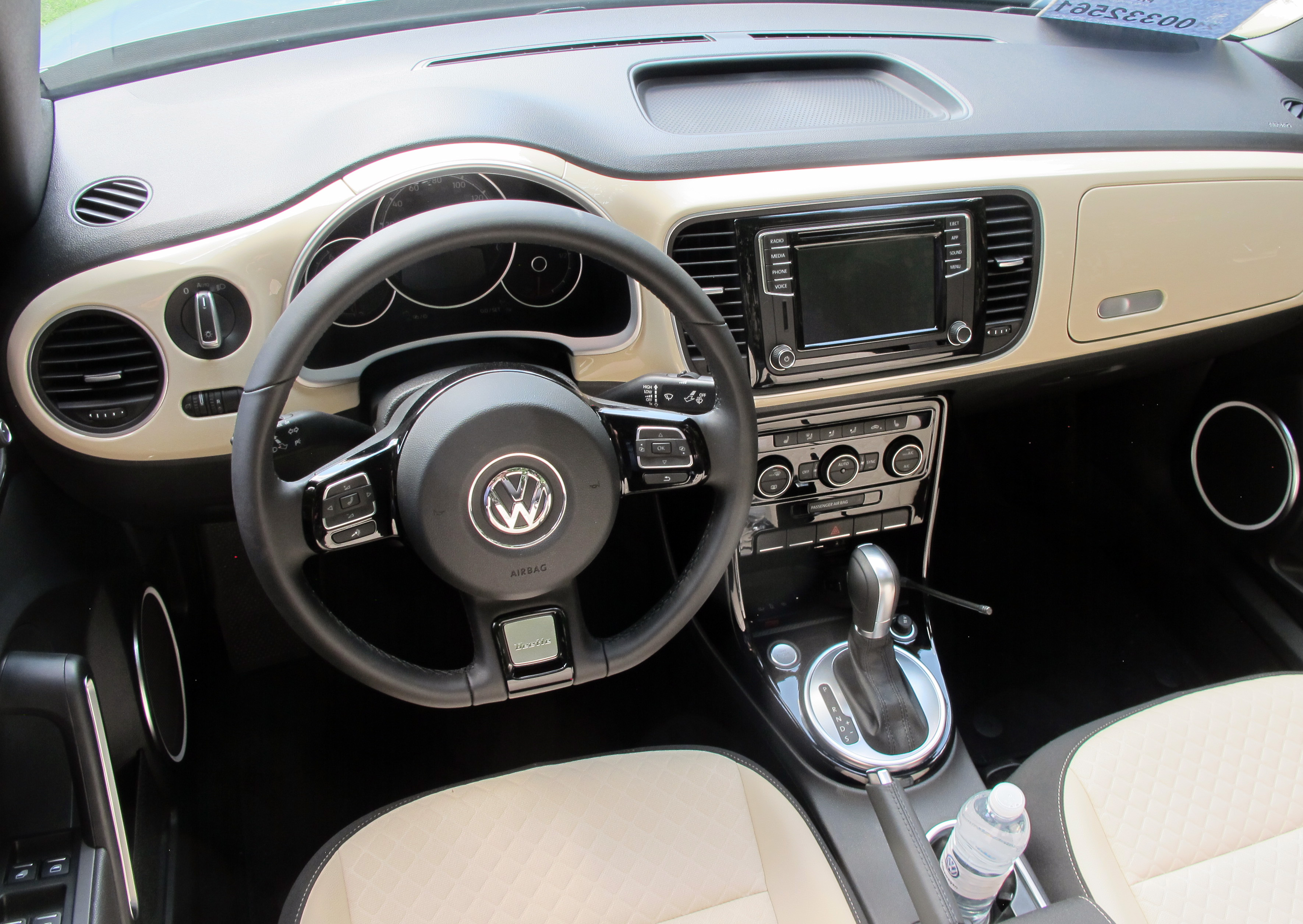 If you think traffic jams in Canada are frustrating, wait to you get a load of Mexico, Puebla in particular, where it’s either full bore ahead or a bumper-to-bumper crawl along a three-lane highway for 15 km for no known reason.

So the steering and braking got a serious workout, with the top down outward vision on the Convertible an absolute blessing.

The 2.0-litre turbo that replaced the 1.8-litre turbo in 2017 feels relatively the same and my co-driver said he sensed the 1.8 was a tad quicker.

I found the new engine sharp from rest, which came in mighty handy for the darting and diving I had to do in the Mexican traffic. 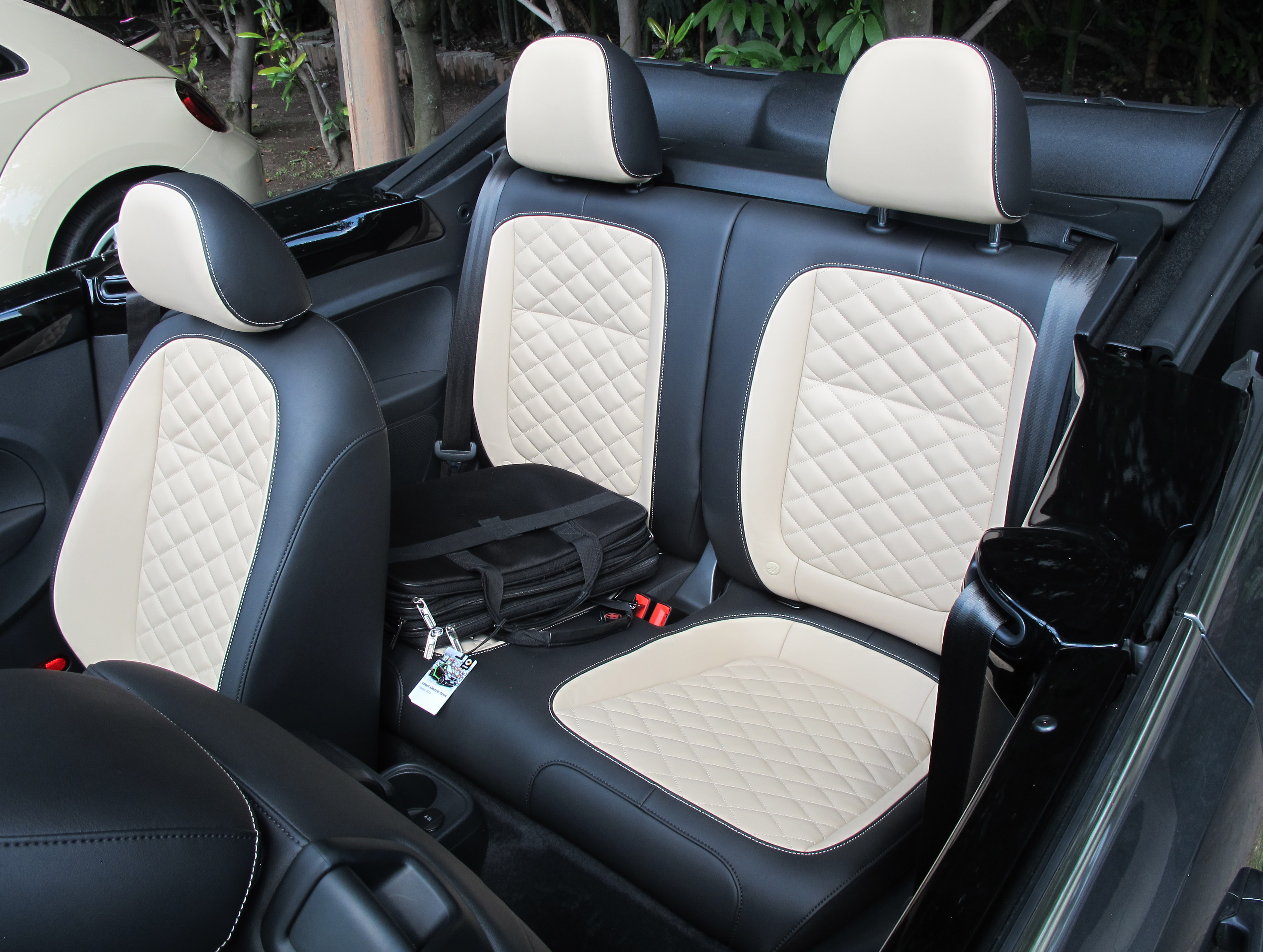 However at speed on hilly sections, the Beetle Convertible lost momentum quickly, which resulted in prodding the pedal to maintain my pace. It was not as frequent with the Coupe for some reason.

All controls were correctly placed for quick recognition, with the jaunty trim including a piano black centre console, Safari Uni colour dashpad and classic kaeferfach (Beetle Bin) glove box adding to the effect, not to mention the three-color ambient lighting.

Puebla is the one source worldwide for the last Beetle so, depending on demand elsewhere, they could be readily available or in short supply here.

It’s highly doubtful in a near future world of soulless, appliance-like vehicles we will see cars with character like the VW Beetle ever again.

The 2019 VW Beetle Wolfsburg Edition is your last chance to grab a piece of history and freedom. 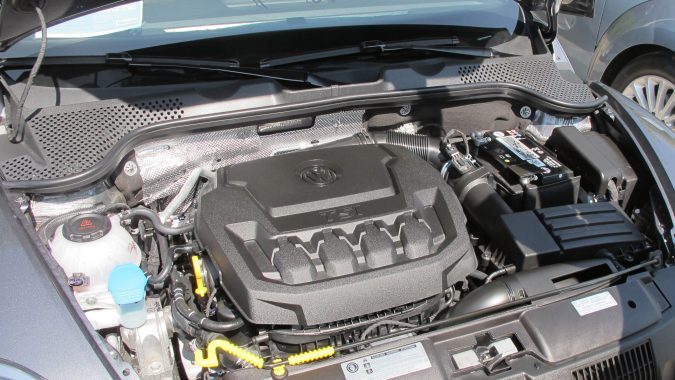 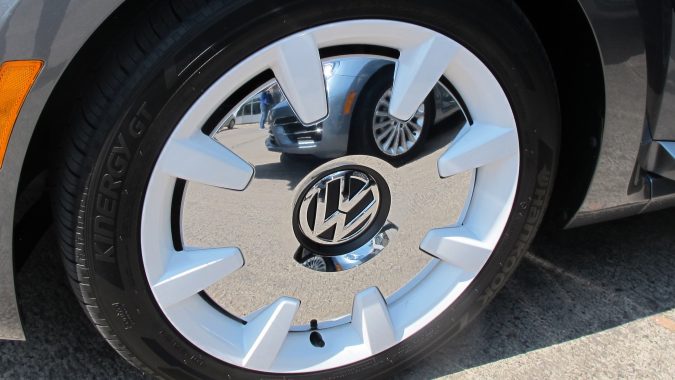 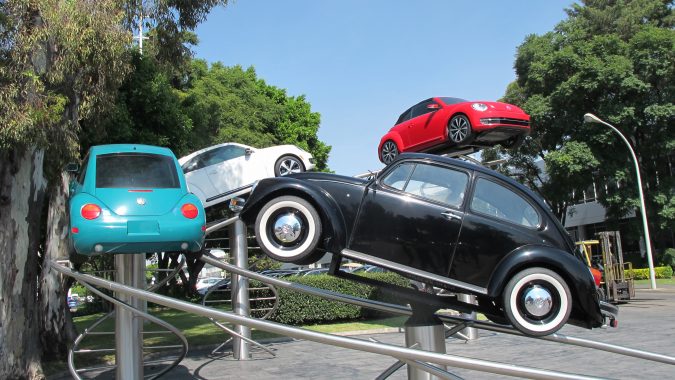