Atlas a down to earth people mover.

‘Are you putting that up for sale?’

I had just pulled into the parking lot and lined the Volkswagen Atlas up to take some pictures when the woman driving a minivan approached me.

‘Are you taking pictures to list it for sale?’ she asked again as she stared at VW’s seven-seater SUV.

‘I’m not,’ I replied. ‘I’m talking some pictures because I was doing a test drive of the Atlas this past week,’ I replied.

‘Too bad,’ she replied as she drove away.

In all my years of test drives that was a first for me.

As I took my photos I wondered if Volkswagen would notice if I didn’t return the vehicle.

She was very interested and I’m sure I could have made a pretty penny. I got the sense it wouldn’t have taken much to get her to part with her money.

But she wasn’t the only one who showed interest in the Atlas that week.

Normally, I draw a crowd at work when I pull into the parking lot in something a little more exotic, sleeker and faster.

But the Atlas drew a crowd with lots of questions and comments about the look of Volkswagen’s largest SUV.

The Atlas has only been on the road for two years but if my week in the SUV is any indication, it should stick around for a good long time. 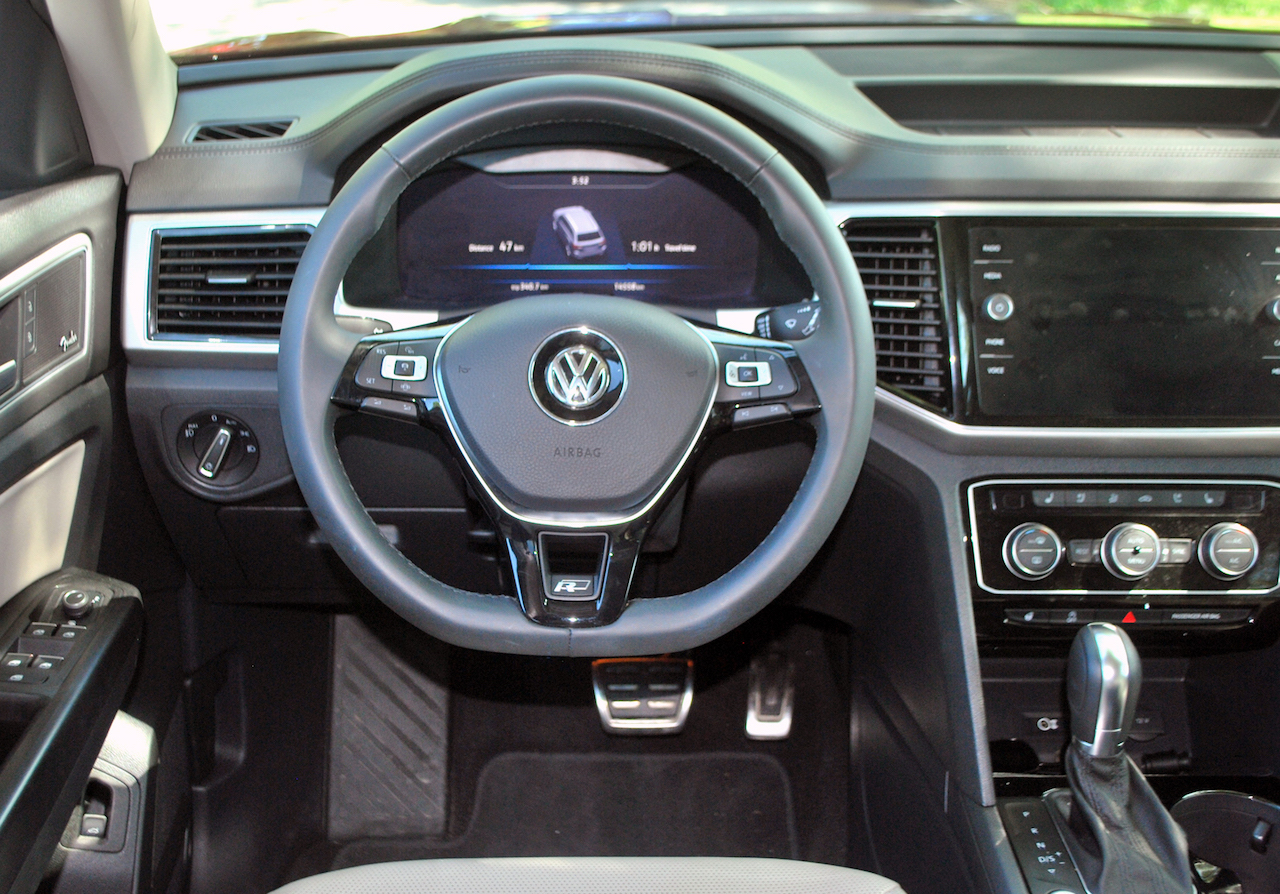 The Atlas comes in various trims starting with the Trendline, then Comfortline, Highline and my tester for the week, the Execline. The two lower trims feature a 2.0-litre TSI four-cylinder engine that produces 235 hp. You can throw a 3.6-litre VR6 engine that produces 276 hp into the lower trims and that engine comes standard in the two higher trims. The engine is matched with a Tiptronic 4Motion eight-speed automatic transmission.

I found the 3.6-litre engine to be more than enough to get the Atlas up to speed which makes me wonder about the less-powerful four cylinder. If looking at the Atlas it would be wise to consider the more powerful engine.

The Atlas is a big SUV but it doesn’t feel that way when you are behind the wheel. It’s more car like with quick acceleration and smooth transition between gears.

Like all Volkswagens, the Atlas shines on the inside.

There is more than enough room for passengers of all sizes. My tester had a Captain’s Package which swapped out the second-row bench seats for two heated bucket seats which made it even easier to access the third row.

During a drive to Parkwood Estates in Oshawa to see a production of Shakespeare’s A Midsummer’s Night Dream performed by Driftwood Theatre, there wasn’t a peep from anyone about a lack of leg or headroom.

And getting in and out of the Atlas was a breeze.

The dashboard of the Atlas doesn’t require a PhD. Everything is where you need it to be, to reach safely while driving.

The eight-inch infotainment system is a breeze and the controls for air conditioning and heat are large round knobs which are easy to use.

I’ve written before about my love for the digital cockpit on Volkwagens which can be adjusted for different looks. The Atlas continues that tradition, one other car manufacturers should follow.

One of the nice features on the Sirius radio on VW vehicles is a choice to hit like when a certain song or artist is playing. When that artist or song is played on another station, the system will let you know so you can quickly tune to that station. That’s a great feature for us Pink Floyd fans who don’t get a lot of radio play.

My Execline Atlas had a lot of other features which pushed the price to $54,975. This included a $760 R Line package that added special badging, park distance control, 20-inch alloy wheels and power adjustable heated mirrors.

The Captain’s Package added $625 to the price. 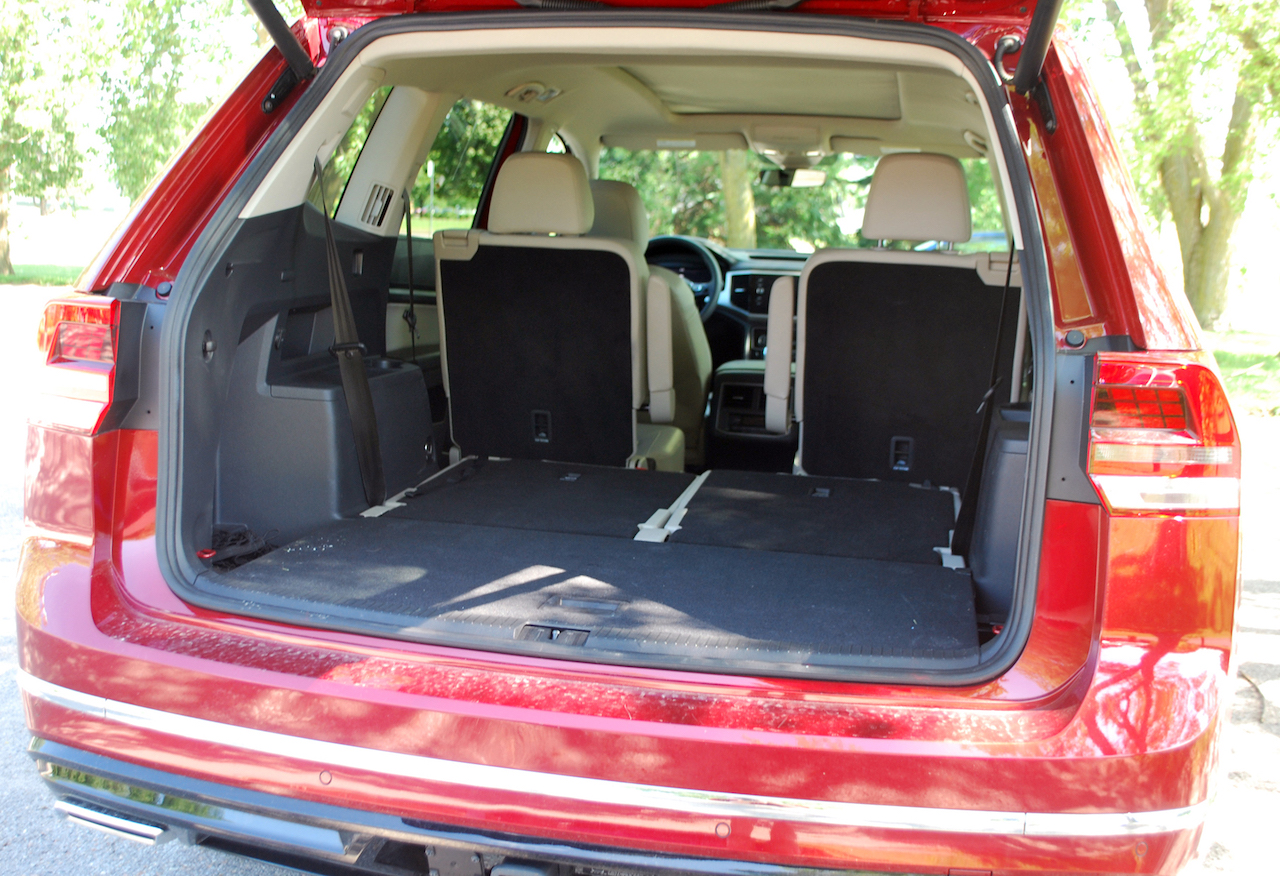 The Atlas has all the safety features Volkswagen is famous for. Those include rear-traffic alert, blind spot detection, front assist pedestrian monitoring and automatic post-collision braking which automatically tightens the seatbelts and triggers emergency braking when an accident is detected.

Add a panoramic sunroof and great style and it’s easy to see why the Atlas has become such a popular family mover in just its second year on the road. 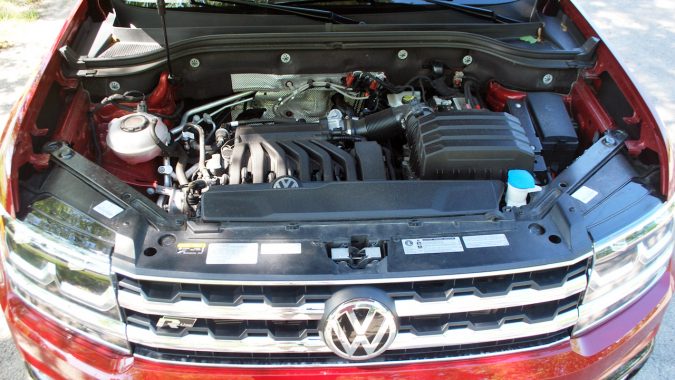 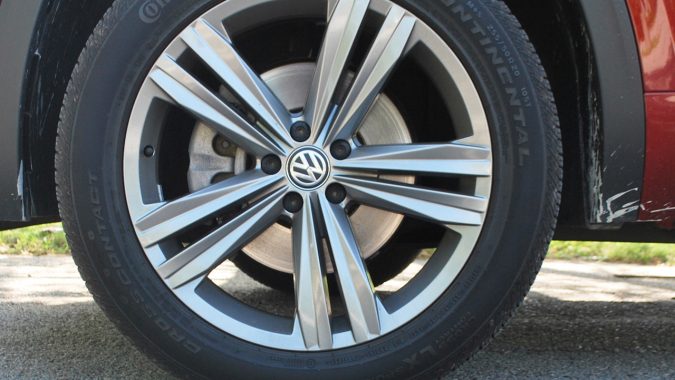