No truck out there sounds quite as good as this at the stock level.

Long ago – well, not that long ago, really – there was a pickup.

It was a full-size jobby with either two- or four-doors, a single short bed length and it was available as rear-wheel-drive, and real-wheel-drive only. It was called the Ram SRT-10 and it was possibly the most bananas pickup ever to leave the factory and yes, that includes the Ford F-150 Raptor. It had a transmission and engine shared with the Dodge Viper of the era, it made 500 hp and 525 lb-ft of torque and it even had a rear spoiler. Of course, one might debate the logic of having a spoiler span the opening of your pickup and Dodge eventually reneged, making it fairly easy to remove. Even the wheels were styled to look like those on the Viper.

Either way, it was an indication of just how far pickups had come, how they were now pretty far away from being simple workaday tools. Of course, there had been fast factory pickups previously – the Chevy 454 SS, the Ford SVT Lighting and Dodge’s own Lil’ Red Express. None of them, though, came anywhere close performance-wise to what the SRT-10 provided.

We’re over a decade down the road from that truck, though, and in a quest for compliancy and so forth, there isn’t a lot of room for V10 powered maniacs with RWD anymore. If you’re Ram, though, there seems to still be room for something with a slight performance bent and here it is: the 2019 Ram 1500 Sport. 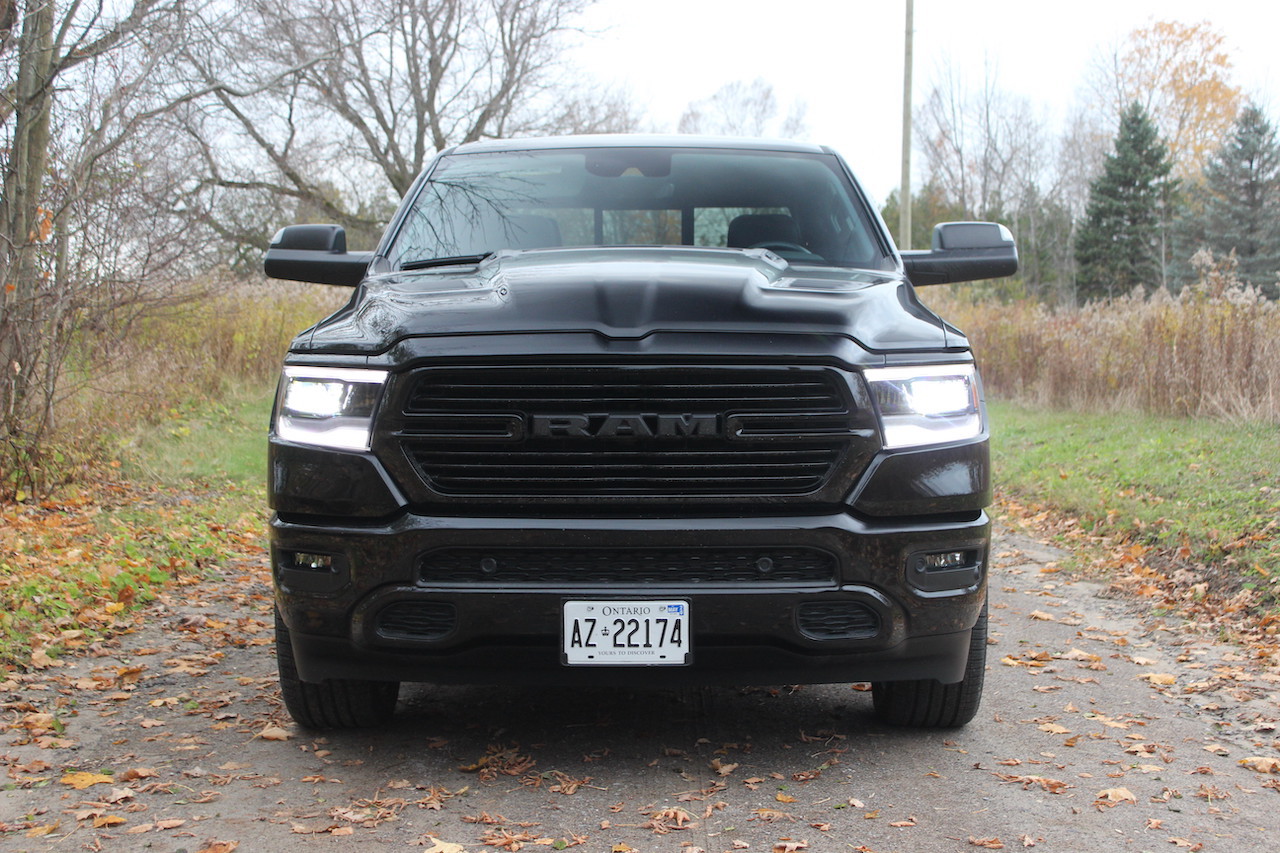 Available only with a 5.7L HEMI V8 – no V10 here, possibly because Ram doesn’t have access to a non-diesel one, probably because it wouldn’t really do in this day and age anyway—good for 395 hp and 410 lb-ft of torque, fed to all four wheels or just two this time through an 8-speed auto transmission. A transmission, meanwhile, that’s manipulated by a dial as opposed to a shifter, whether it be console- or column-mounted. Yes; that’s a little down on the “hardcore-ness” of the truck, but is something that would make more sense in a performance car. Here, what it does is make for an uncluttered centre console that gets a pair of storage bins and cupholders instead.

Also unlike the SRT-10, it’s available only with a four-door cab although both the smaller Crew and large Quad cabs are both available. My tester was the latter, and it makes for a massive rear seat that’s complimented by folding seats and a flat load floor. In addition to that nifty bit of clever storage, my tester also had the optional Rambox storage system which adds sealed storage bins to the both sides of the bed. They can be used to store wet/dirty items, or as coolers. Yes, as coolers – I’ve done this before and it’s great.

In addition to the very un-trucklike gear selector was my tester’s optional 12” Uconnect touchscreen infotainment. You read that right; my display screen was as long as a footlong sub, and it dominates the dash like nothing else this side of a Tesla. You may be able to make an argument for it not being quite truck-like enough in that it could be tough to operate with gloves on, but as much room as that screen occupies, there’s still some left for traditional buttons for your climate controls either side of it, plus a bank of toggle switches below for tow mode activation, ride height control, and park assist. The one thing I really wish it had, however, were buttons for your steering wheel and seat warmers; those can only be adjusted via the screen. 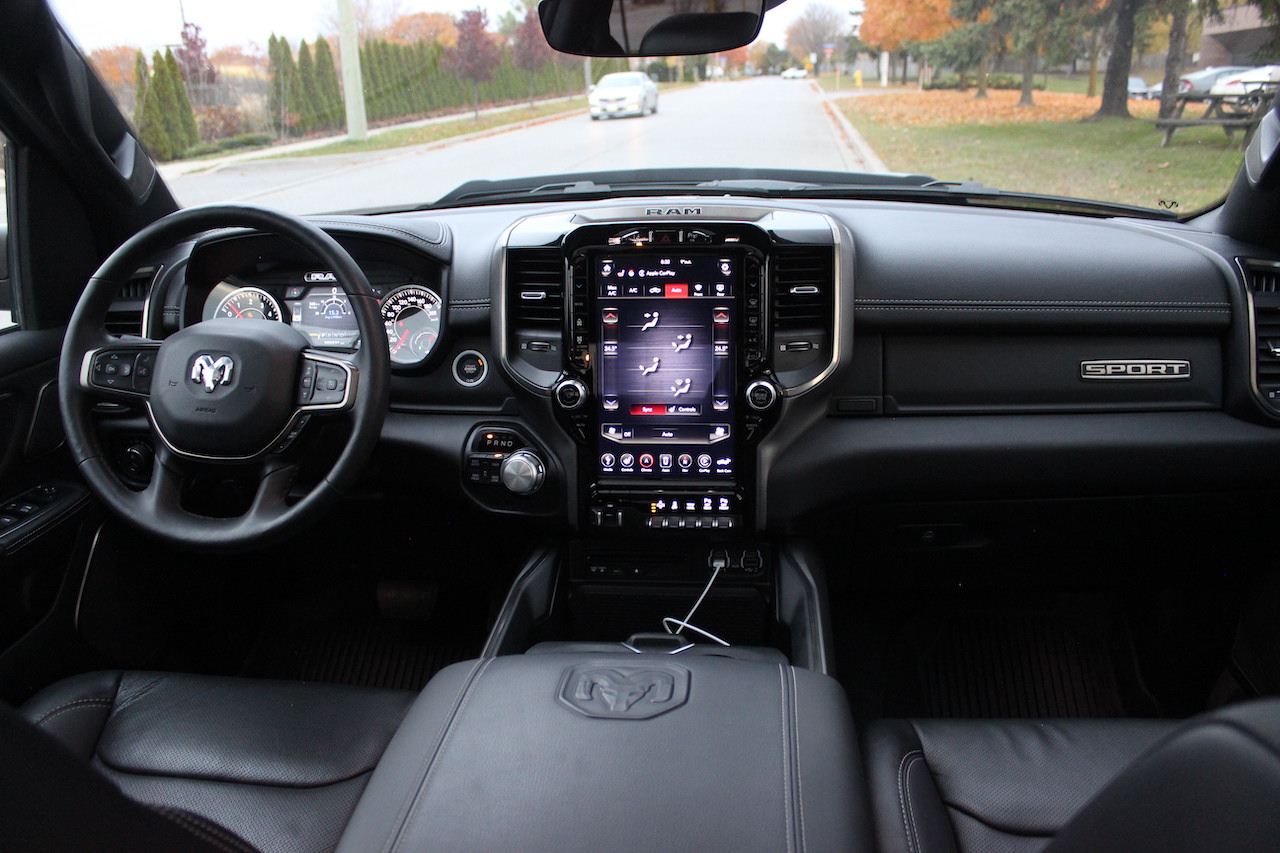 The screen is an interior highlight to be sure, but the materials used for the seats and other surfaces, the stitching and the use of brushed aluminum-look details all point to this Ram taking things far beyond the work truck. It’s properly luxurious in here, and it’s not even the top luxury trim, a spot reserved for the Longhorn edition. That’s a stark contrast to the old SRT-10, which had all sorts of cheap switchgear and panels, all wrapped in ultra-scratchable plastic. Not anymore, as the 1500 Sport continues to benefit from FCA’s penchant for well put-together interiors.

On the outside, the all-black look to my tester is certainly sinister, though I’m unsure of how I feel about the headlight and the DRL strips atop and below the main bulbs. Has a bit of a “Family Guy character squinting” look about it, but I doubt that will trouble too many. The 22” two-tone wheels, blacked-out grille and blacked-out bumpers succeed in making the Sport muscle car-like and worthy of the name.

The sound from the big twin tailpipes is worthy of the name, too, as they emit a healthy, deep-throated growl that sounds like something powered by a Hemi should. No truck out there sounds quite as good as this at the stock level. 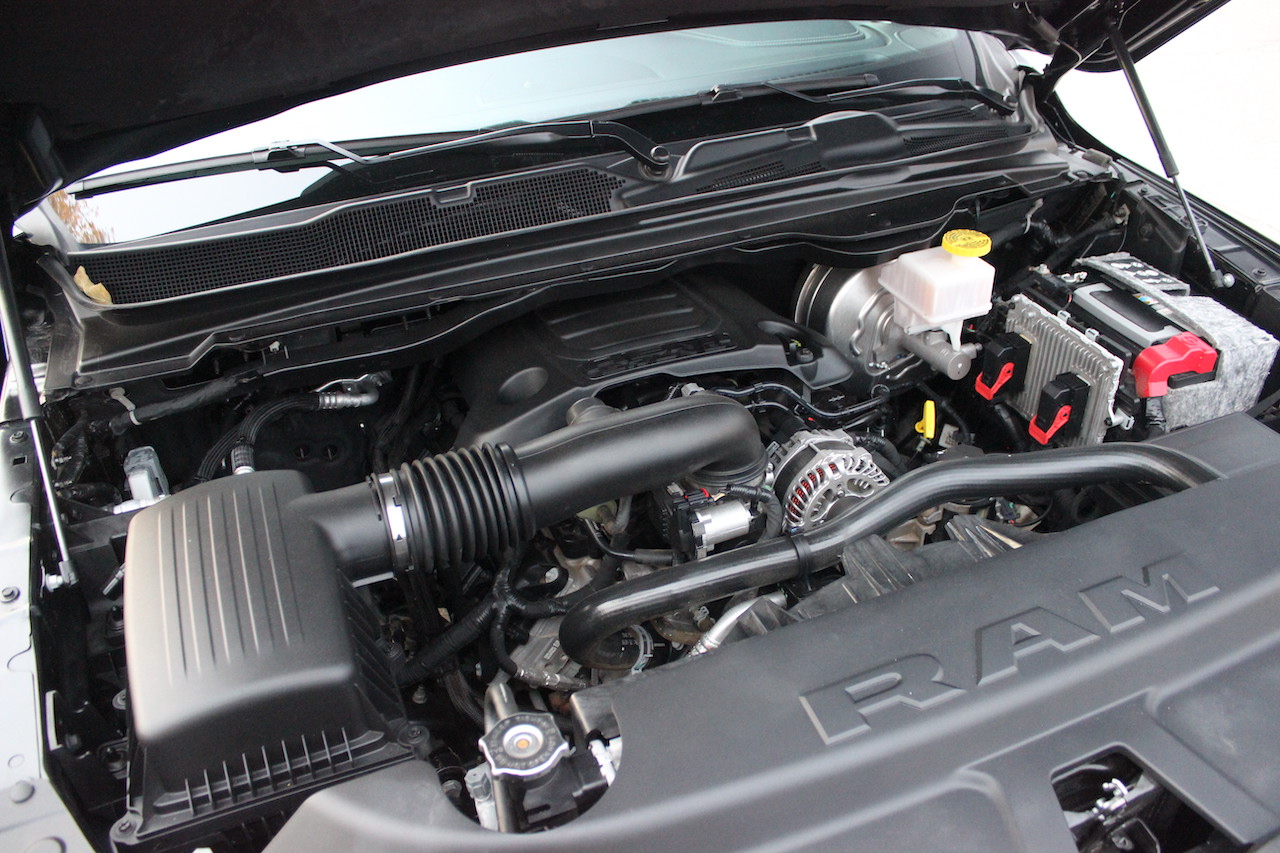 Of course, when unladen, all that power means a quick sprint at launch and while no Hemi-powered Challenger driver will feel all that intimidated by it, the 1500 Sport does a masterful job of really making one feel like they’re driving a properly sporting truck. Heck, I even had a few slightly-unexpected wheelspin moments during my test as it was damp and cold, which can have you feeling somewhat skittish with so little weight over the rear wheels.

It’s something that the optional four-corner air-ride suspension my truck had couldn’t fully eliminate but that’s about all it can’t do; otherwise, it does a great job of keeping the rear end from bobbing up and down too much over repeated bumps, often an issue with pickup trucks. It keeps the rear end mostly controlled so you don’t get that feeling that the truck is rocking back and forth on its haunches when you come to a quick stop. While the extra maintenance associated with the set-up may give some pause to those that are really planning on working their truck, I figure that most that buy the Sport version will be happy to take that risk as they may end up using it more readily as an everyday driver. 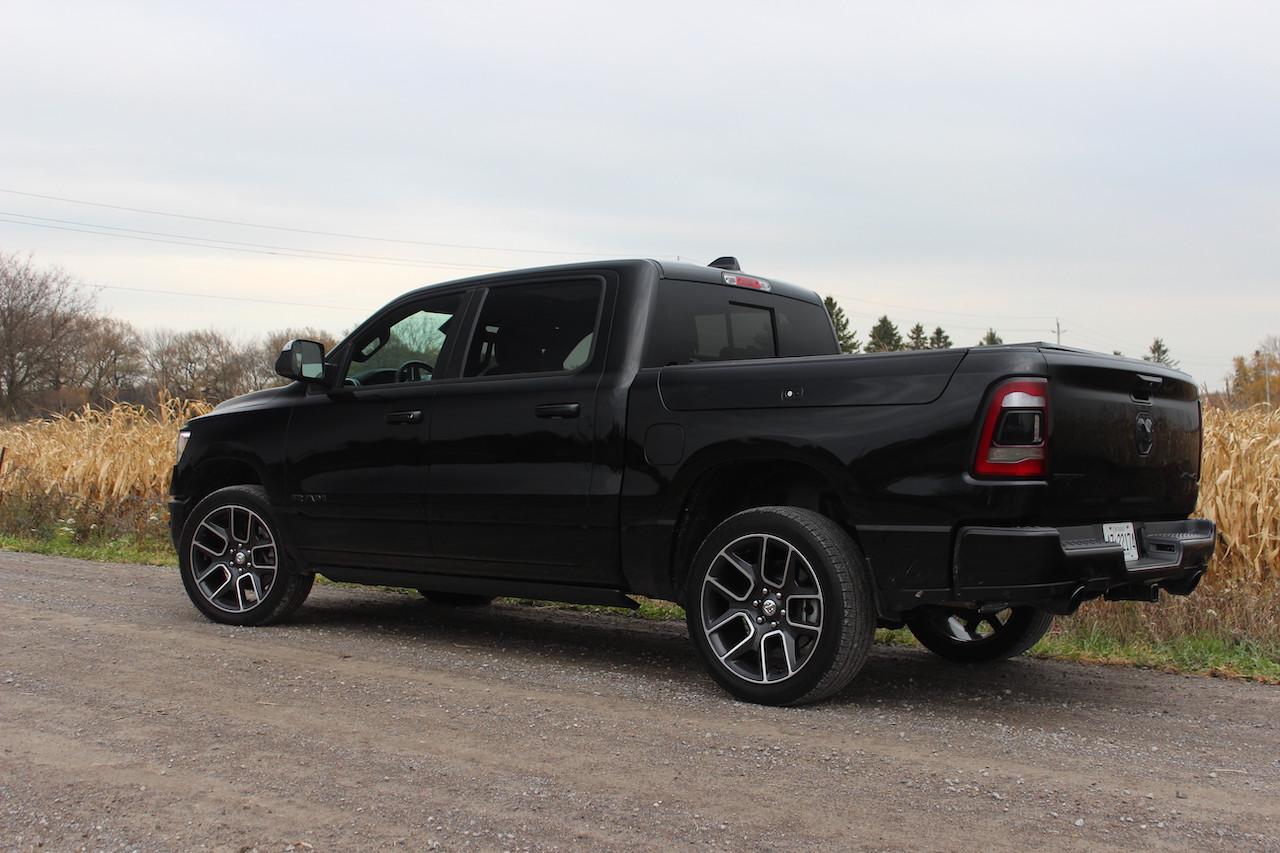 Not that it isn’t ready for some work; my truck had an optional retracting step off the rear bumper to make the bed easier to load, spray-in bedliner, trailer brake control, tow mirrors, and adjustable tie-down hooks so hauling or towing a pair of dirt bikes or Sea-Doos – or even an RV trailer – are tasks it’s perfectly capable of doing thanks to a 3,738 kg tow rating.

That’s not why I’d buy it, though. I’d buy it because I wanted a Challenger but needed the practicality, or because maybe I already had a Challenger and wanted a second vehicle that could do much more. Either way, the 1500 Sport is a great addition to a stable that likes its Hemis, its loud pipes and its style. It may not be an SRT, but it’s darn close. 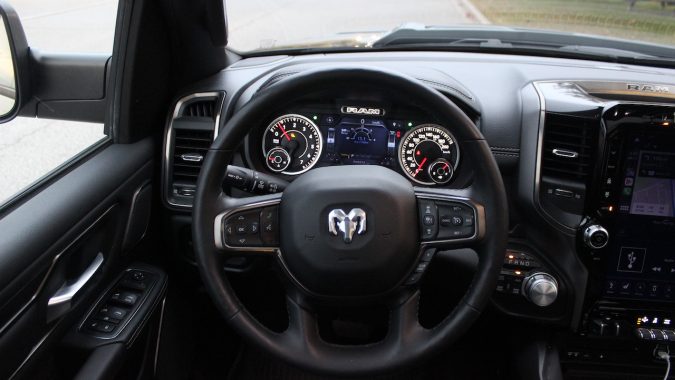 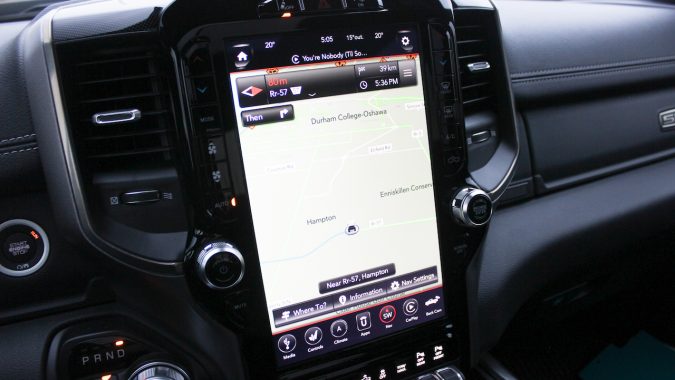 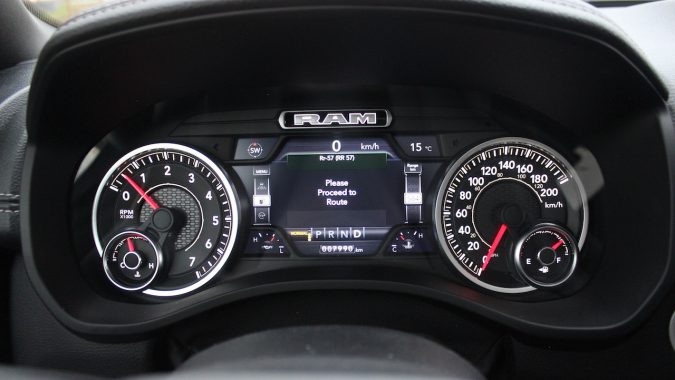 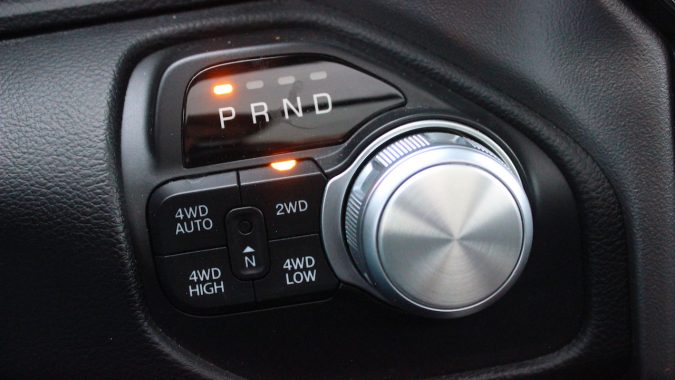 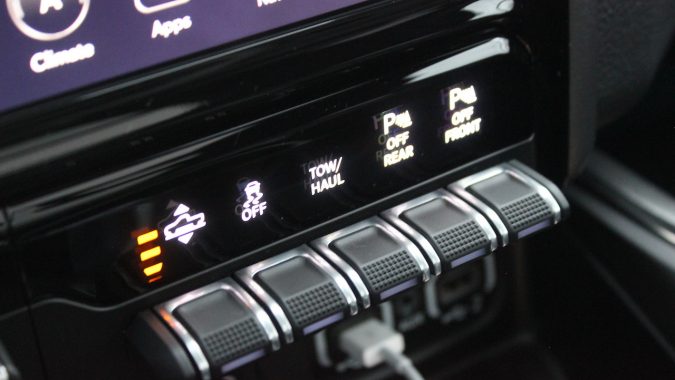 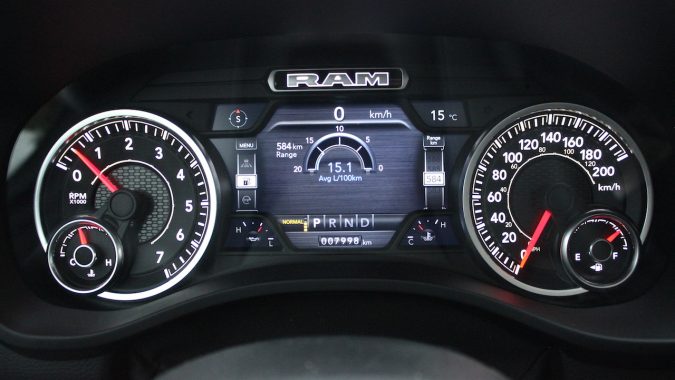 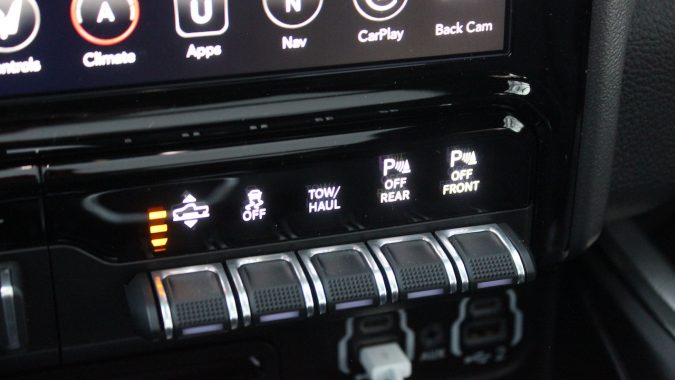 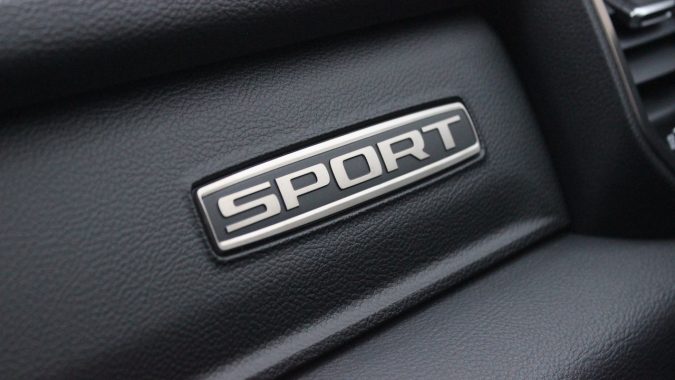 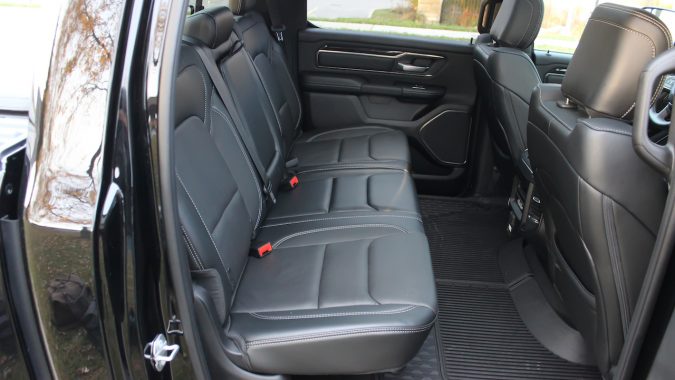 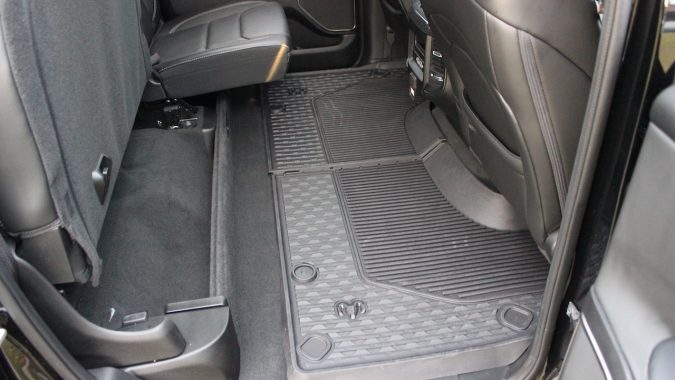 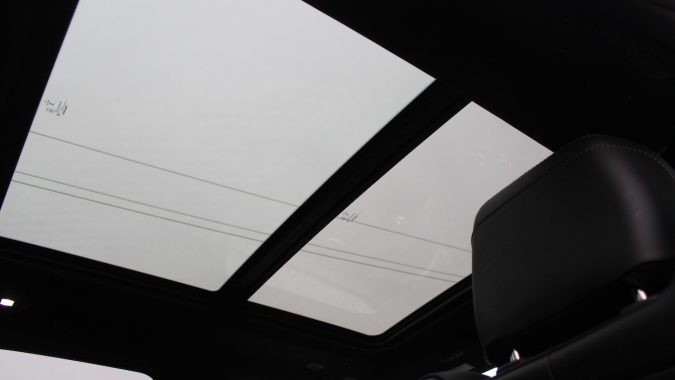 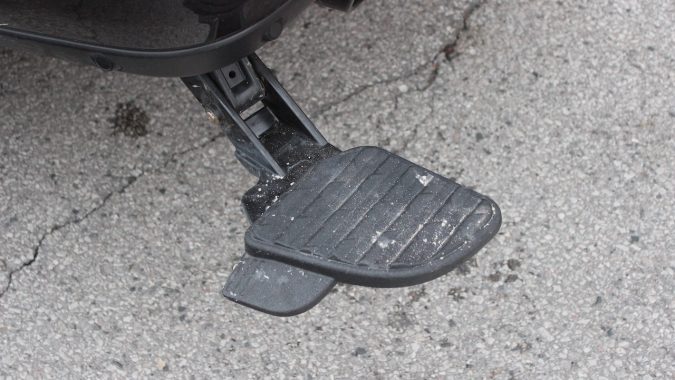 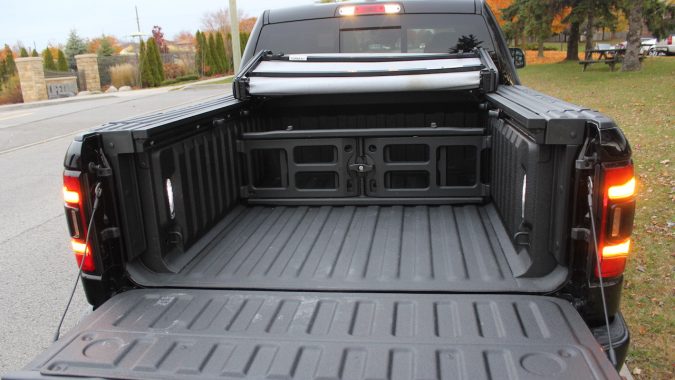 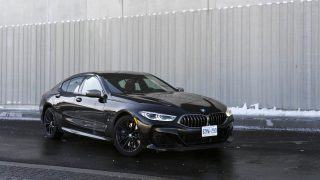 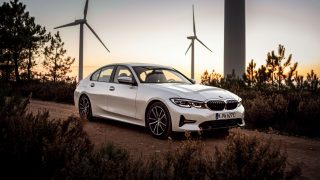 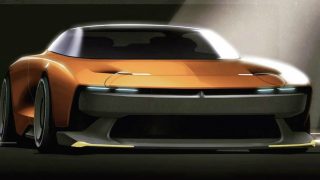 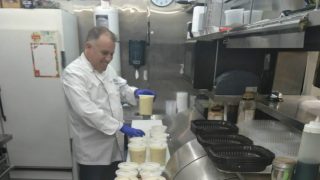 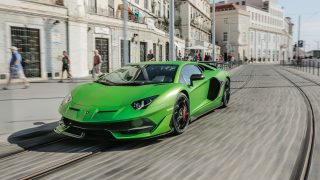 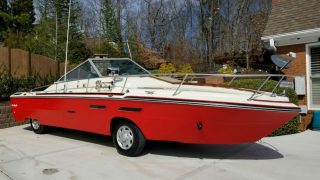 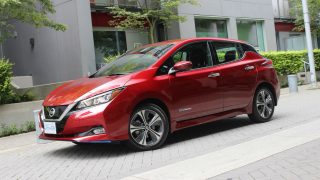 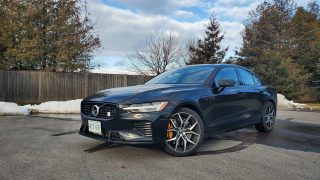 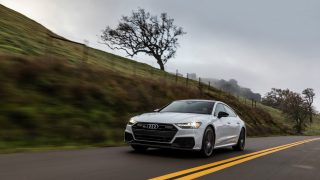