Okay before we go any further, it’s pronounced CASH-KAI.

I know, it’s a weird car name with a strange spelling but it really isn’t hard to say or remember once you’ve seen it and said it a few times. The name, by the way, is drawn from the Qashqai people who live in the mountainous region of Southwestern Iran.

At any rate, the Qashqai was originally introduced in 2006 for markets outside North America, and quickly became one of Nissan’s bestsellers in Europe. The second-gen model came along in late 2013 for the 2014 model year and arrived in North America in 2017. Of note, the Qashqai is called the Rogue Sport in the U.S. and is closely related to the mid-sized Rogue SUV. It’s also built on the same Alliance common module family (CMF) platform.

Like the Rogue, the Qashqai has performed quite well in Canada from a sales perspective. While the Rogue is still Nissan’s bestselling nameplate by a wide margin, the Qashqai is solidly number two with 19,662 units sold in 2018, it’s first full year on sale. It’s on track to break that mark in 2019 with 6,295 sold through April 30, a 21 percent gain over the same period in 2018.

Three Qashqai grades are available for the Canadian market – S, SV and SL – all of which are powered by a 2.0-litre 4-cylinder engine (141 hp / 147 lb-ft.) that is paired with either a 6-speed manual (S only) or Nissan’s Xtronic CVT, which is standard on both the SV and SL and optional on the S. As for all-wheel drive, it is standard only on the top SL trim, but can be had as an option on the S and SV. Front-wheel drive is standard on the latter two.

For the purposes of this review, Nissan Canada supplied me with a SL model finished in a gorgeous deep red known as scarlet amber. As is the case with most press vehicles I drive, this tester comes with some extras, notably the Platinum Package ($2,100) which includes, among other things, a Bose 9-speaker audio system and LED headlights. The scarlet amber finish also adds $300 to the price tag.

The Qashqai is SUV-handsome, especially in SL trim, which brings with it larger 19-inch wheels, wider low-profile rubber (225/45R19) and, in the case of my tester, scarlet amber paint and LED headlights.

With this extra kit, the Qashqai’s smaller proportions and clean lines give it a sleekness other SUVs in the class lack, apart from the Hyundai Kona. And while it has Nissan’s corporate V-Motion grille and other family design cues, it possesses a more athletic stance than its siblings, especially the Rogue.

On the inside, the Qashqai is comfortable, spacious and well-appointed. Given the loads of content my tester comes with, it’s worth pointing out that buyers needn’t opt for the SL if they want features such as heated front seats, 7-inch colour infotainment touchscreen, and Bluetooth. These items, and others, are standard issue on all trims. 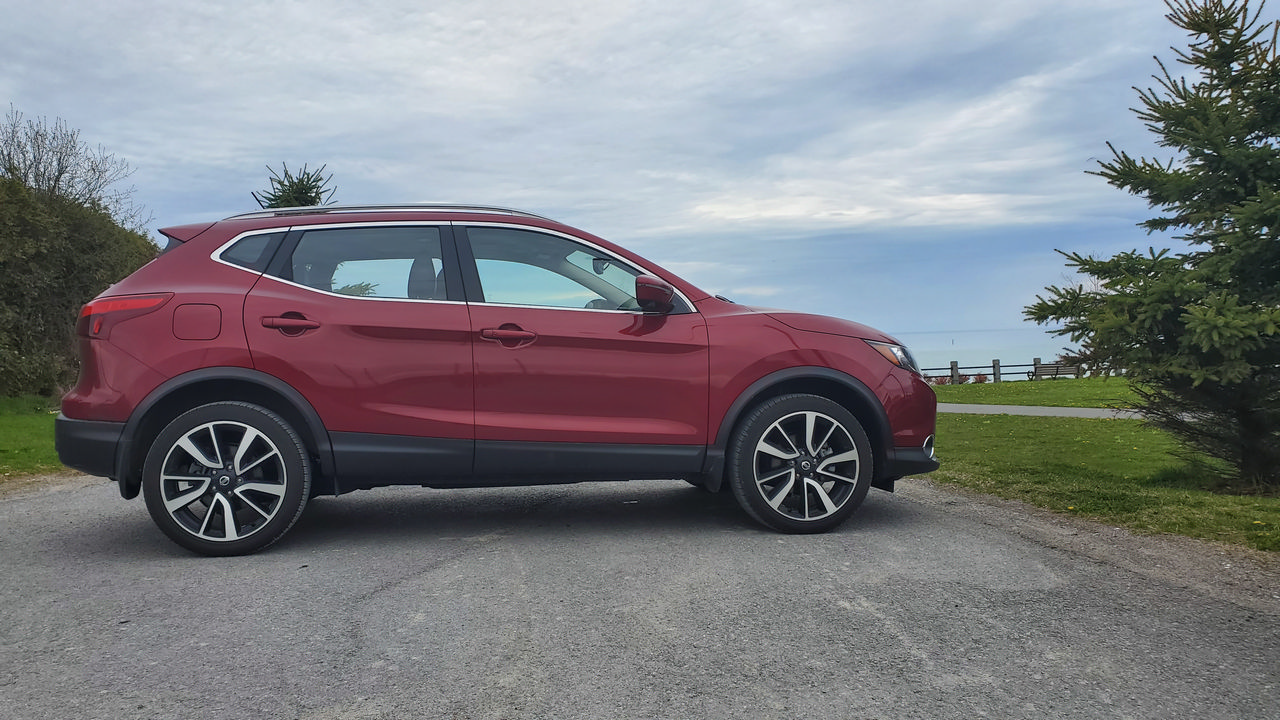 I’m not going to list all the stuff the SL comes with, but leather-trimmed seats, shifter and steering wheel stand out, as does a heated steering wheel, navigation, push-button starter with remote start, 6-way power driver’s seat and Nissan’s ProPILOT assist.

Generally, the interior is well designed, and everything works as it should. The touchscreen sensitivity in my tester was a little inconsistent at times, and the heated steering wheel button’s placement on the lower left of the dash isn’t ideal, but neither are deal-breakers. One persistent annoyance, however, was the climate control fan which emitted an audible whine. It was quieter at lower settings but could still be heard.

At any rate, the Qashqai offers good forward and rearward visibility, and its cabin is roomy. The Divide-N-Hide cargo system, which allows for items to be stored separately in compartments underneath the main cargo floor is handy and is standard on all trims. 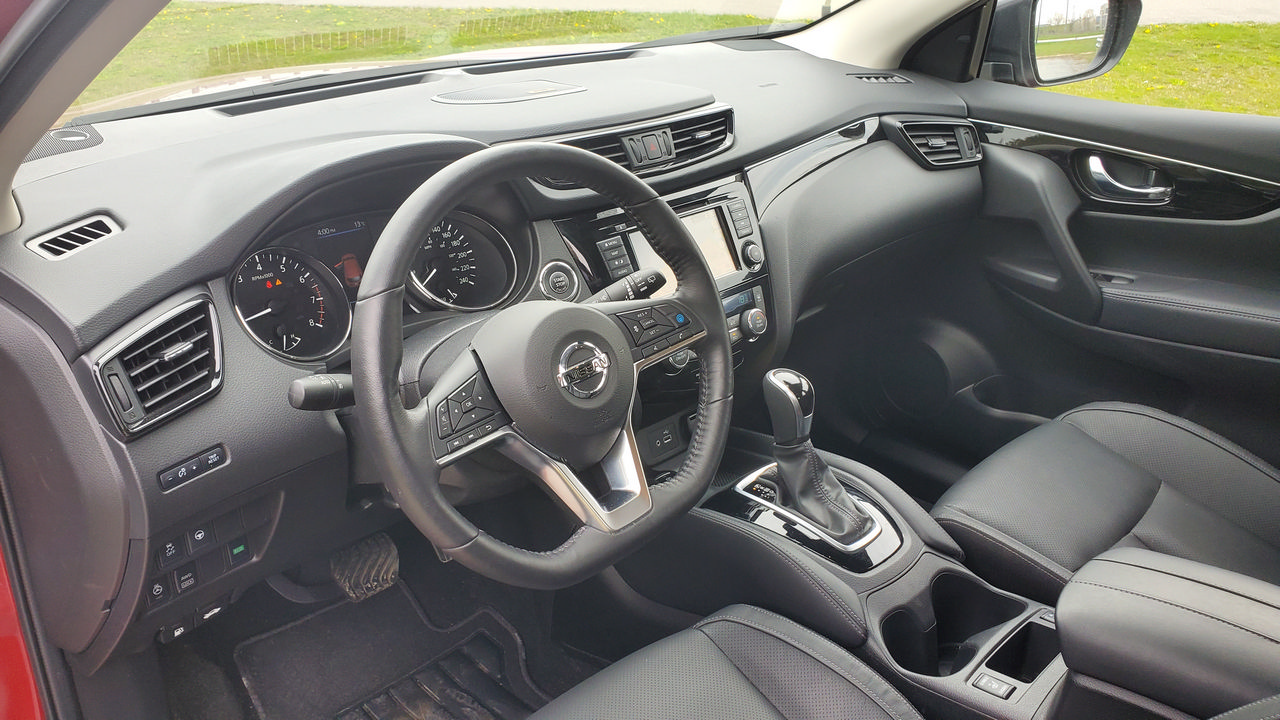 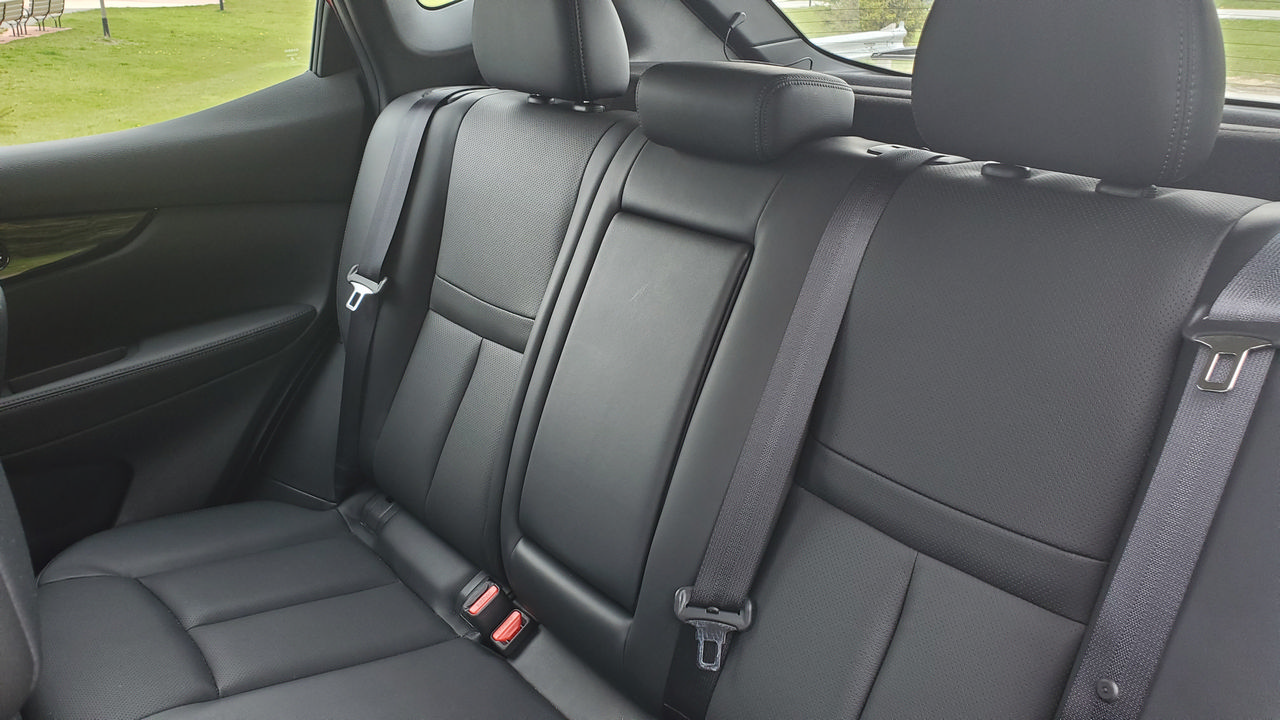 On the road, the Qashqai offers a reasonably comfortable and composed ride, but it can become quite noisy under acceleration. The Xtronic CVT emitted a very noticeable whine as it let the 2.0-litre 4-cylinder engine’s revs climb before finally ‘shifting’ to a different gear ratio. The whine was not as noticeable as my week of driving wore on, but I’m not sure if that was due to the sound going away or me becoming more used to it. I honestly don’t know.

As for my other driving notes, I’m generally lukewarm on the 2.0-litre four, which delivers mediocre acceleration and has most of its power socked away so high in the rev range that most owners won’t tap into it unless they really mash the accelerator. If they do, the power will be there, but the Qashqai won’t be leaving other cars eating its dust at a stop light. Bottom line, it’s adequate for day-to-day driving but it won’t knock your socks off.

More impressive, however, is Nissan’s ProPILOT driver assist package. Part of Nissan’s Intelligent Mobility initiative, ProPILOT is activated via a steering wheel button to keep the Qashqai centred in its lane via Steering Assist and following at a consistent distance. Once enabled, the Intelligent Cruise Control feature can be easily adjusted with the speed of traffic and the system will bring the vehicle to a complete stop. It can also accelerate autonomously from a complete stop via steering wheel controls provided the driver’s hands are on the wheel. 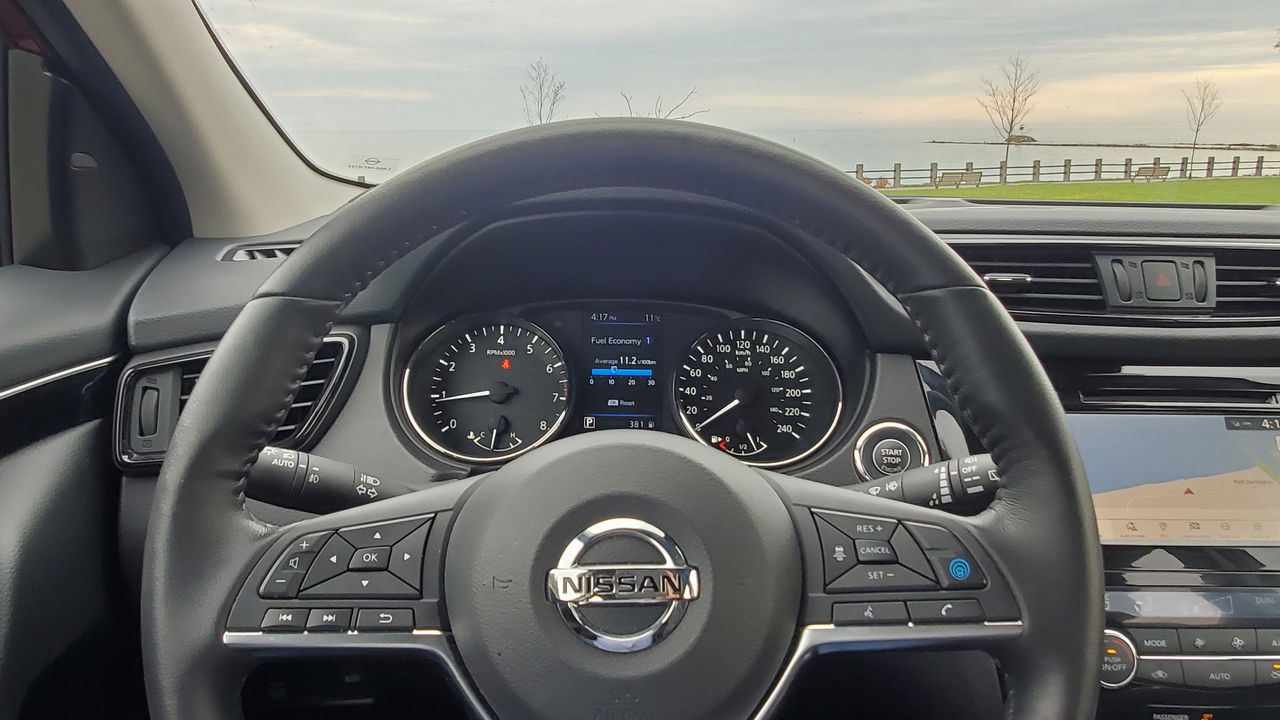 The ProPILOT system worked beautifully in my tester and it’s a real selling feature for the Qashqai. It’s only available on the SL, however, so interested parties will have to shell out if they want it. Given the sheer amount of stuff the SL comes with, however, the value proposition it offers is an attractive one.

Overall, the Qashqai impresses. The noisy CVT, climate control fan and sluggish performance are definite lows, and I’m not sure why LED headlights are optional on the top trim when they’re standard on high-end trims on competitor vehicles, but these minuses don’t outweigh what is a very compelling vehicle. If you’re in the market for a compact SUV, the Qashqai should be on your shopping list. 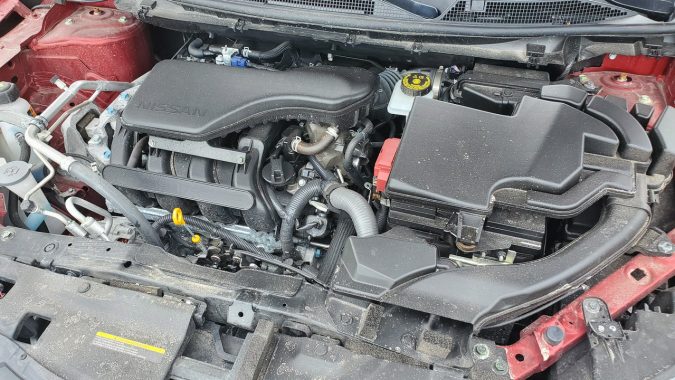 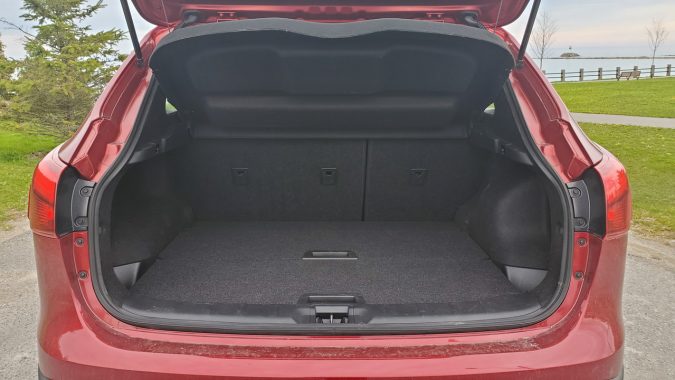 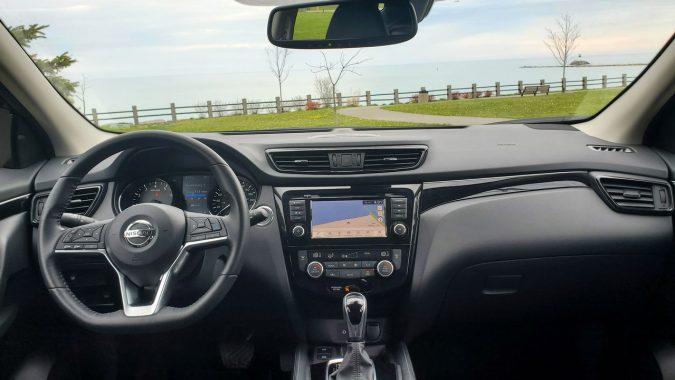 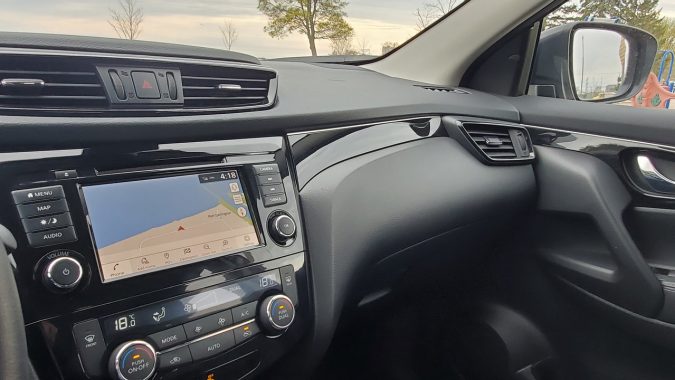 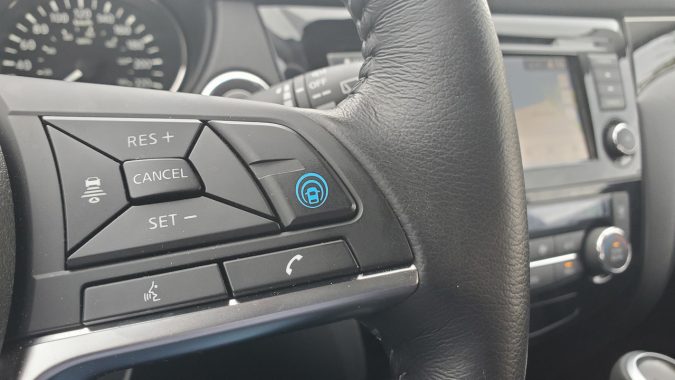 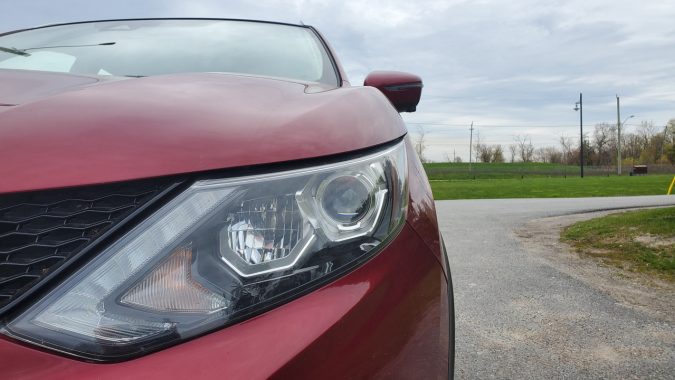 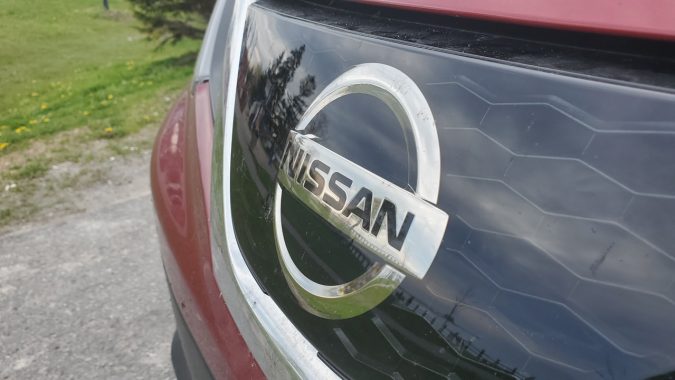 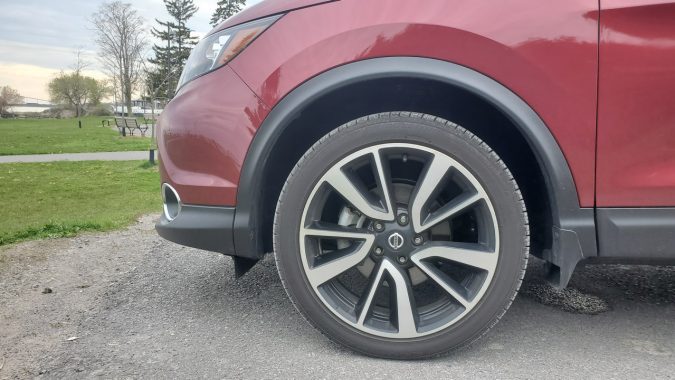 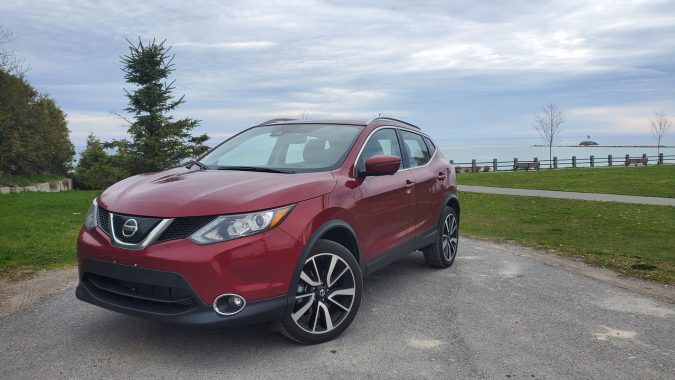 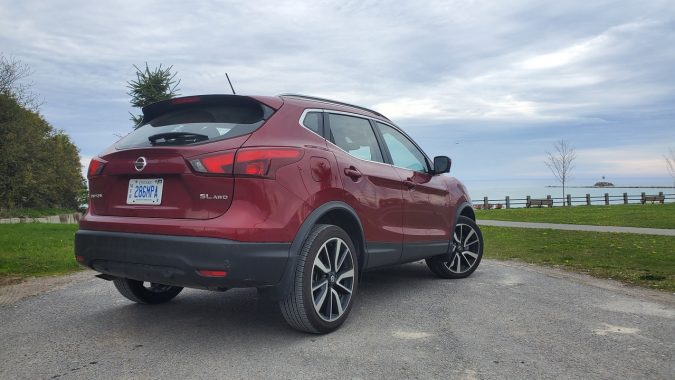