The diesel powertrain. Is it worth it?

Believe it or not, they’ve finally done it.

After what seems like years of speculation, Mazda has finally been able to bring their SKYACTIV-D diesel motor to market – and here in Canada, to boot.

There are a plethora of stories as to why it’s taken this long; Dieselgate is one, the tightening of regulations another, and on and on. The bottom line here, though, is that even though they only just added the turbo-four shared with the Mazda6 and CX-9, the diesel has arrived. And though it’s late in the model year – another regulations issue, I’m told – I was asked to try it out. Which, as someone who remains a fan of diesel power even after all that rigmarole, I was happy to do.

The torque the diesel provides speaks to the performance car fan in me, while the efficiency it provides – and the fact that it’s usually cheaper per litre than regular gas – speaks to my frugal side.

That’s a side that’s likely going to be the most prominent among diesel buyers as that really is where it’s hard to make an argument against diesel in favour of gas. There’s little question that even as transmissions get smarter and turbochargers reign supreme, the natural strength and efficiency of diesel continues. Typically with a diesel, less revs are needed for power to be made, and that’s the long and short of it. 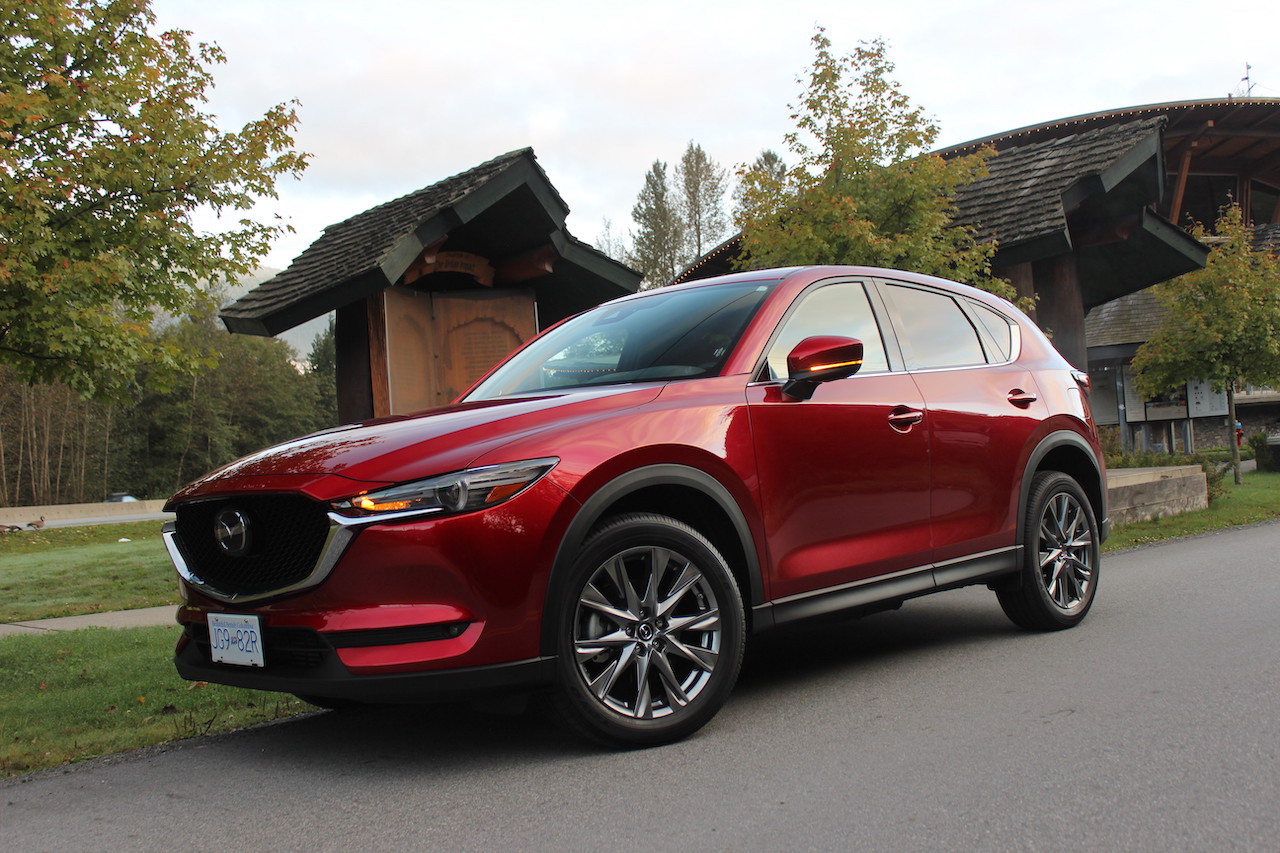 On the surface, you really wouldn’t be able to tell that it has anything other than the usual gas engine underhood; all that hints to its turbo diesel underpinnings is a “SKYACTIV-D” badge on the rear tailgate and a single exhaust outlet as opposed to two – that’s it. Same sparkly 19” wheels, same gorgeous Soul Red metallic paint, same slightly aggressive front clip. That’s a good thing, because even though its refresh came back in 2016 for the 2017 model year, the CX-5 remains one of – if not the best – lookers in the segment. The headlight lenses are the real kicker; they’re narrow and aggressive without looking like they’re trying too hard, and the lines that surround them start the show as we move down the side and ‘round back.

Inside, like other CX-5s, my Signature trim tester means all the bells and whistles: Nappa leather upholstery, real wood inserts, a new 7” LCD gauge display (just the central gauge; gauges on either side remain analog) and little chrome touches throughout. This is top grade stuff, right here, and it’s demonstrative of Mazda needing its top models to compete with the other guy’s luxury arm because, well, Mazda doesn’t have one. 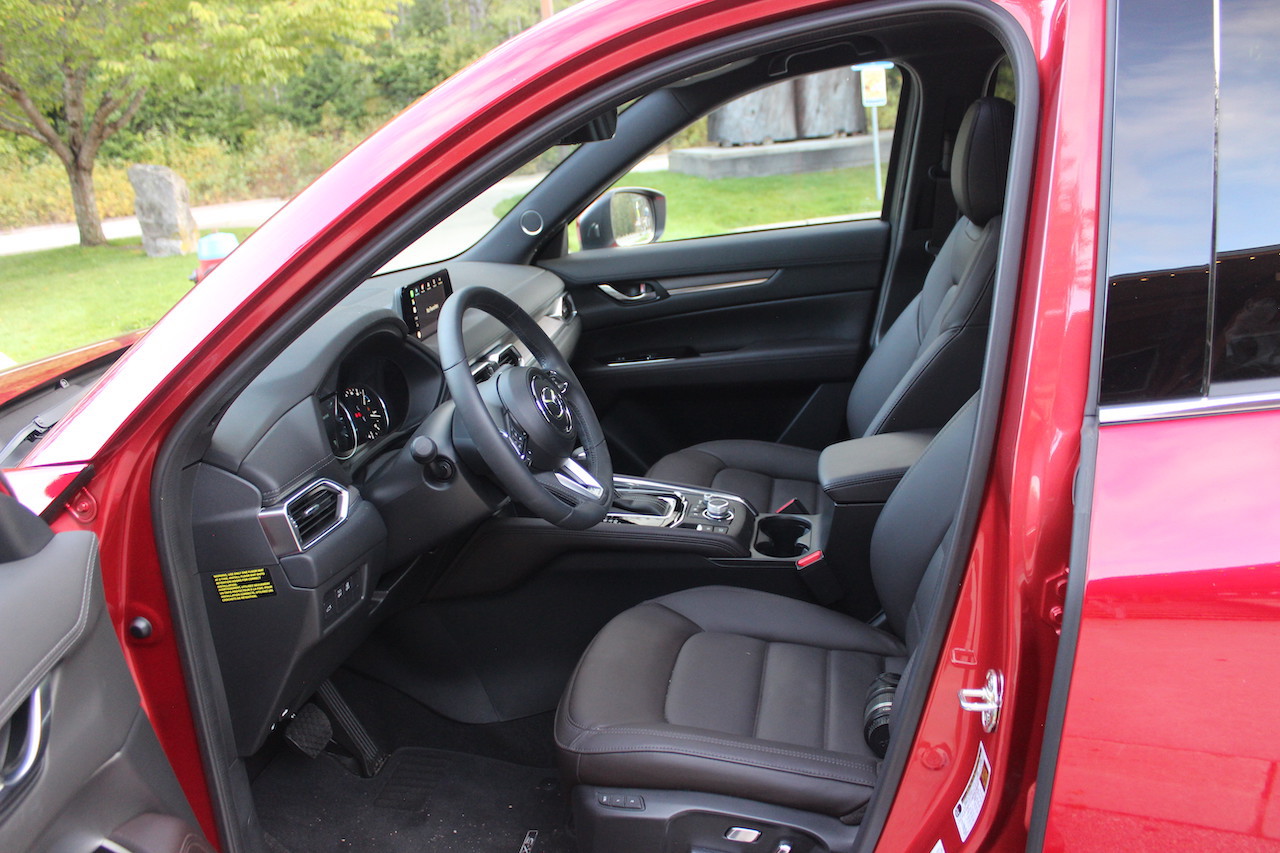 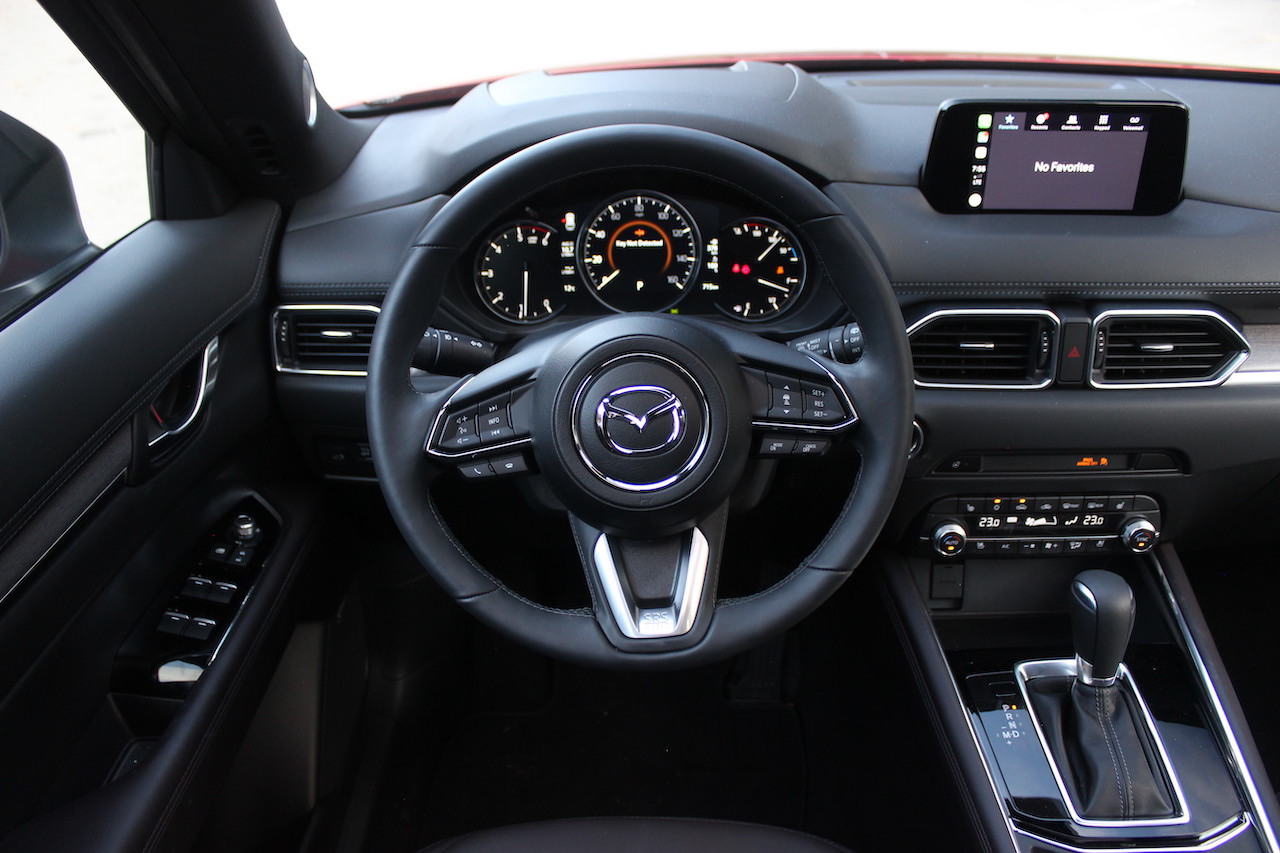 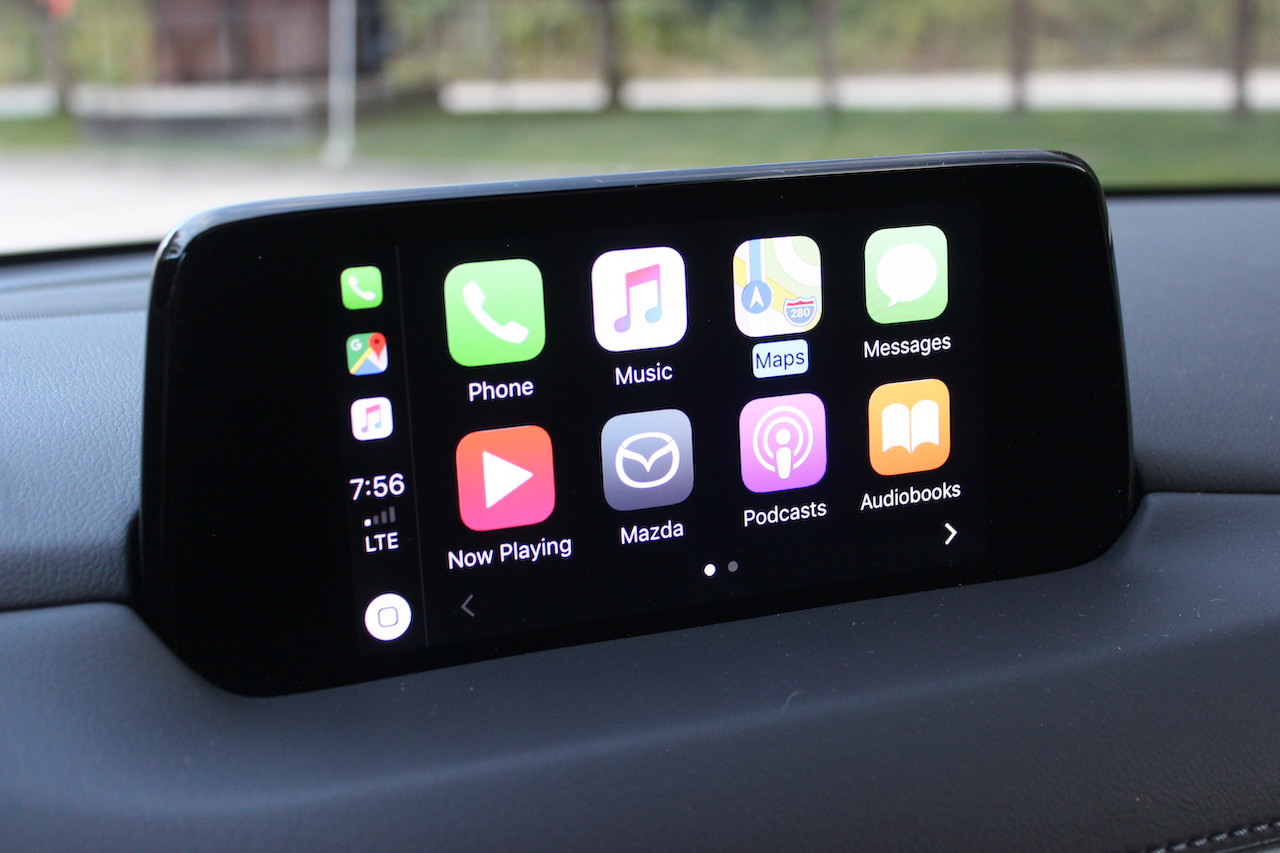 While the main infotainment screen itself hasn’t changed as it still sticks out from atop the dash rather awkwardly, 2019 brings both Apple CarPlay and Android Auto compatibility. It’s a wired set-up, which is fine as there’s no wireless charging, and hooking my iPhone6 to the system was a far more stable experience than it was when I sampled it earlier in the year on a different CX-5. That was an experience rife with crashing apps and even one instance of the entire system crashing back to the native interface; none of that happened here, though Google Play Music was still problematic. The more I test that app in different cars, however, the more I’m starting to realize that it’s likely a problem with the app itself as opposed to the systems it’s pairing with. When it did work, though, the sound was crisp and clear.

Plus, you need that music because while you may not be able to tell from the exterior styling that there’s a diesel underhood, you will be able to tell by the sound it makes. I understand that the diesel rattle is hard to get away from, but a little more sound-deadening in the front firewall may have been just the ticket.

Thing is, I’m a firm believer that if you’re interested in a diesel, you’ve either had one before and are used to its various quirks, or if you’re considering one for the first time, you probably knew what to expect. As long as it walks the walk, then, some noise can more easily be forgiven.

It does walk the walk – but in a certain way.

Allow me to explain:

Well, yes and no. You see, while there may be a little more power offered by the gas engine, that’s not the buyer Mazda is targeting with the diesel. Rather, what Mazda’s doing is trying to lure buyers away from the hybrid powertrains manufacturers like Toyota (and soon, Honda) are using for their compact CUVs. While the diesel may make less power than the gasoline turbo, it makes more than the likes of the Toyota RAV4 hybrid while using less fuel than the CX-5 turbo. 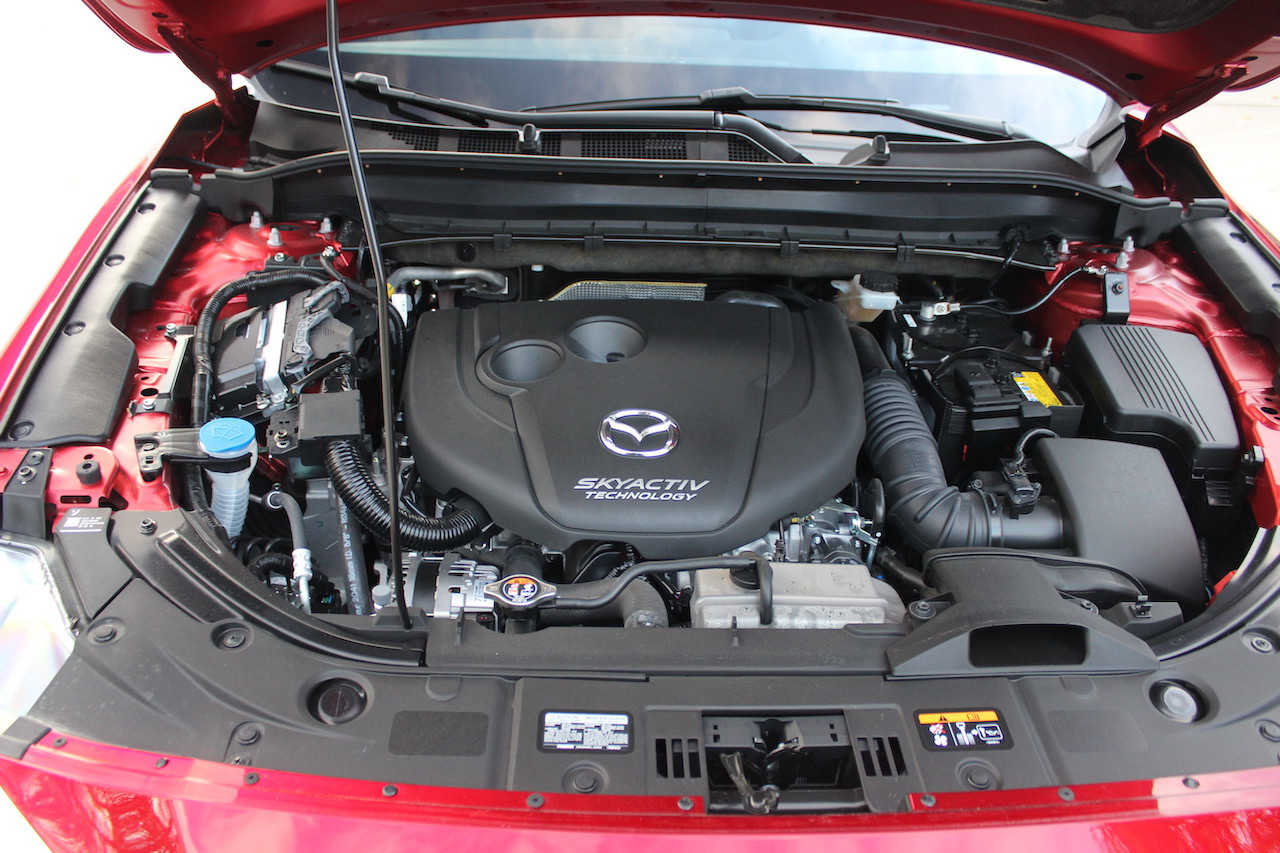 Plus, it’s not like the diesel left me wanting at highway speeds, where diesels are meant to excel. Since torque is available from such low revs, there’s almost always power required for passes and so forth on-tap. The six-speed auto shared with other CX-5 models, meanwhile, pairs well with the new engine although I’d still like to see some paddle shifters in here. Like any good diesel, you really do get the feeling that you’re riding a wave of torque as you tip in and carry on. It works as advertised for easy highway cruising. It does that well, and it does it pretty efficiently; I saw 8.8L/100 km in combined driving, which is about what Mazda claims.

Plus, the test wasn’t entirely fair to the fuel economy count because this is a Mazda, and Mazdas are meant to handle the bends with gumption so I had to push it a little to see what’s what.

And “what’s what” is a crossover that, while a little heavier than its gas-powered brethren, is still able to hang with the best in the biz when it comes time to tackle the twisties.

It starts with the steering rack, which is ultra-direct and leads to quick turn-in. The suspension tuning, meanwhile, keeps body roll to a minimum and Mazda’s patented G-Vectoring Control uses subtle computer intervention to meter out your throttle inputs, helping ensure the body is kept neutral through turns. You can’t really feel it but then, that’s the point: the whole goal is for you to not be affected by what the car’s doing. It’s neat-o stuff, and it points once again to Mazda’s wont to always make sure that the drive is not forgotten, whether we’re taking SUV or hatchback. 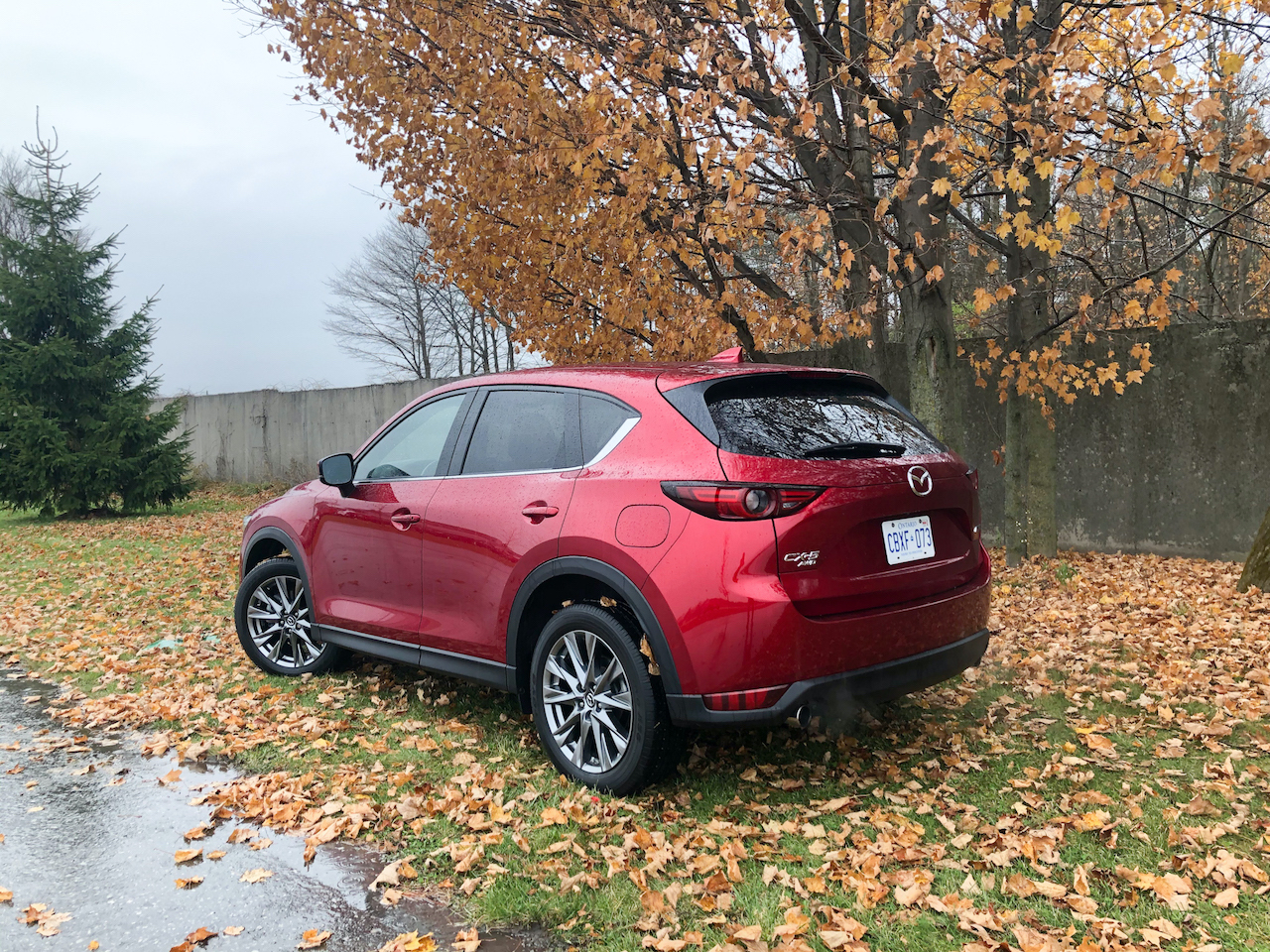 It’s a really, really tough call – let me tell you. Even as a diesel aficionado, I know five grand is a lot of cake, especially when the engine you’re upgrading from is so darn good. Fuel prices are high and getting higher, though (they routinely hit $1.60/litre in my home Province of British Columbia), which is a bit of a carrot to go the diesel route as diesel is cheaper in the first place, and more efficient afterwards. So there’s that working in its favour.

For the answer, then, you really have to turn back to the argument not of diesel v gas turbo, but diesel v hybrid. If that’s your argument, then the diesel is easier to consider as it makes more power than a hybrid would, and for similar money when similarly equipped. Plus, since the diesel is only available on the top-sec Signature trim, you get all the niceties I mentioned earlier. Then there’s that great ride and handling package.

There’s a place for the SKYACTIV-D, then. But the question remains. How many will be willing to visit it? 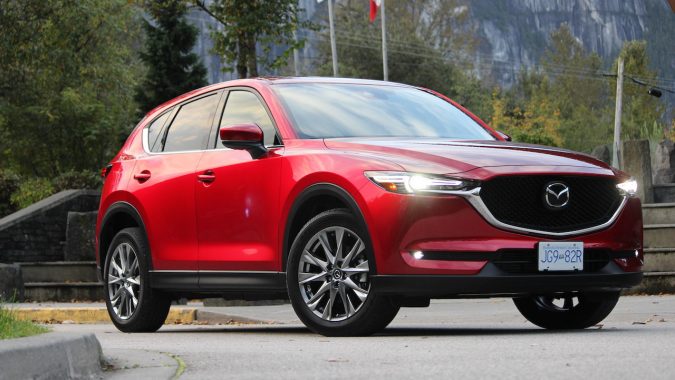 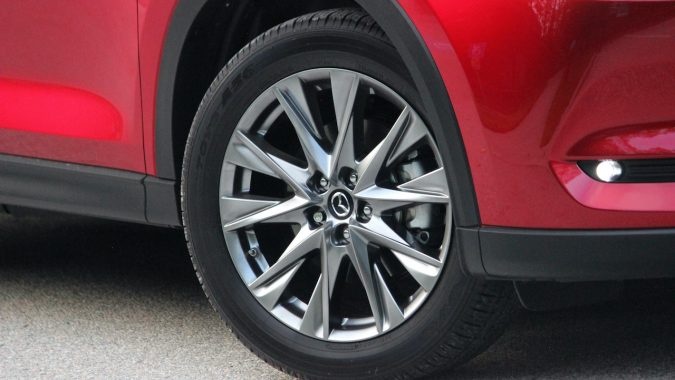 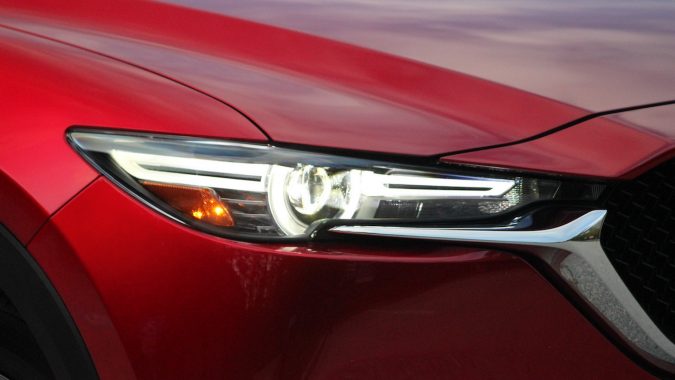 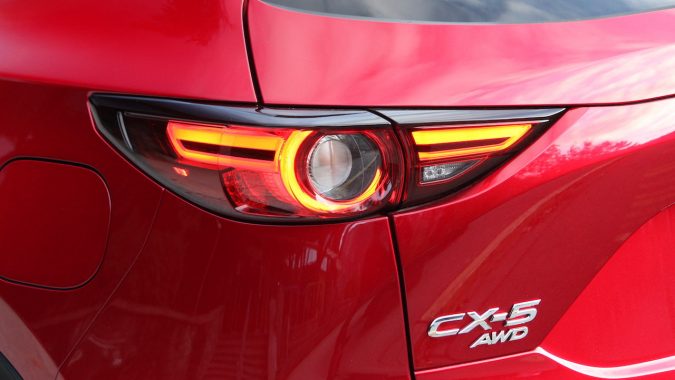 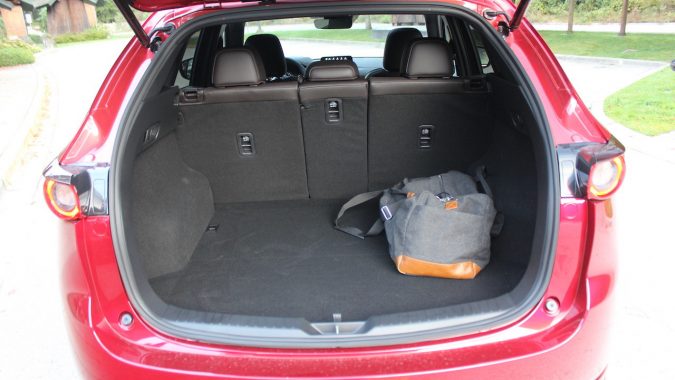 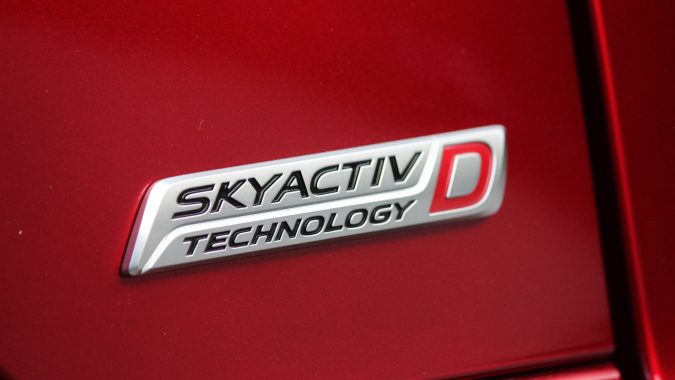 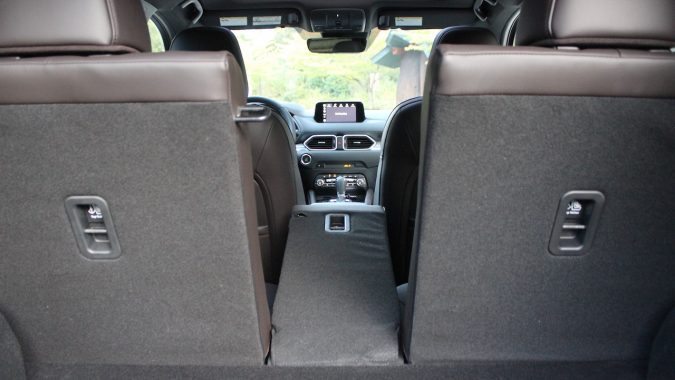 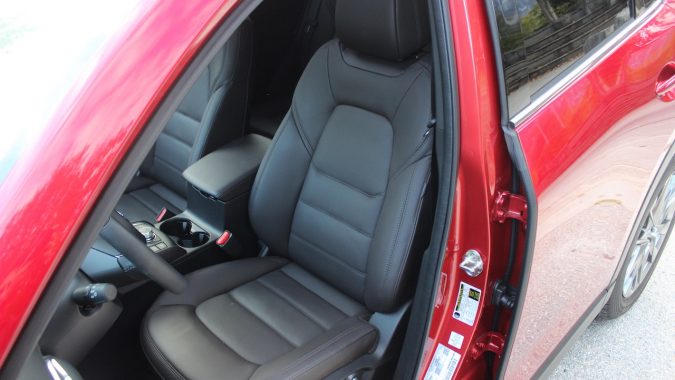 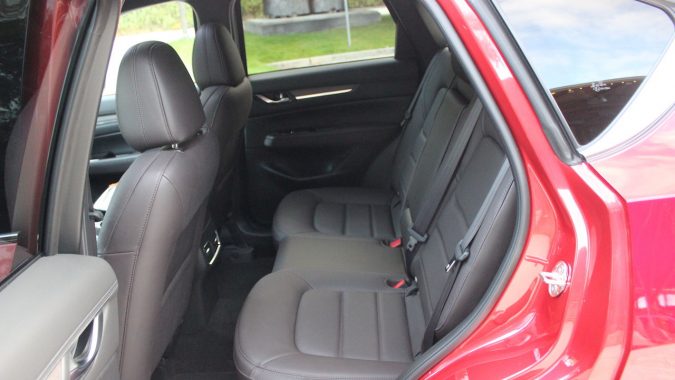 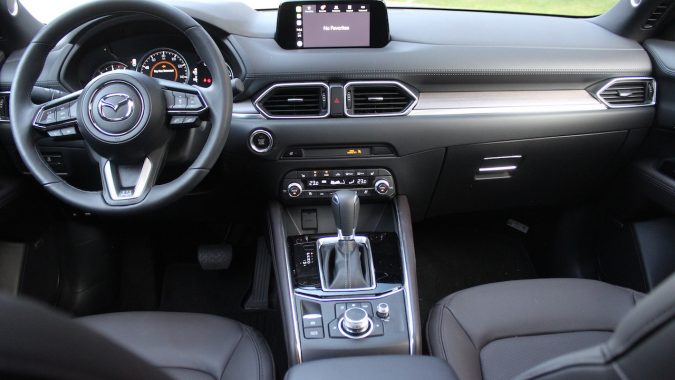 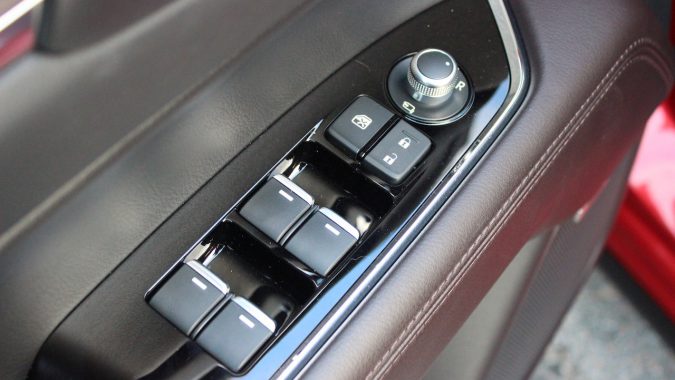 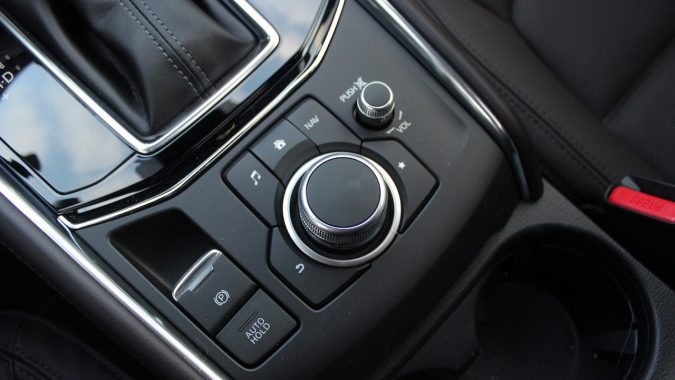 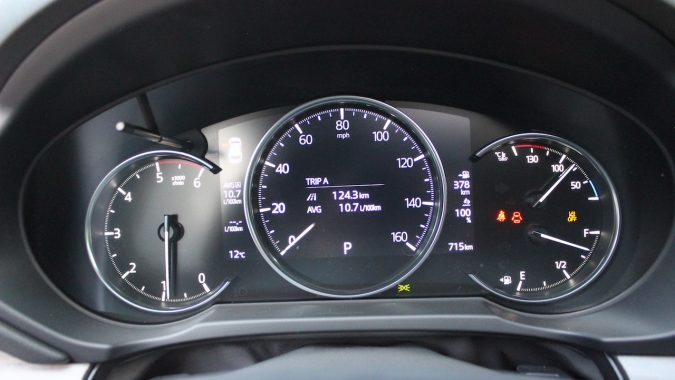 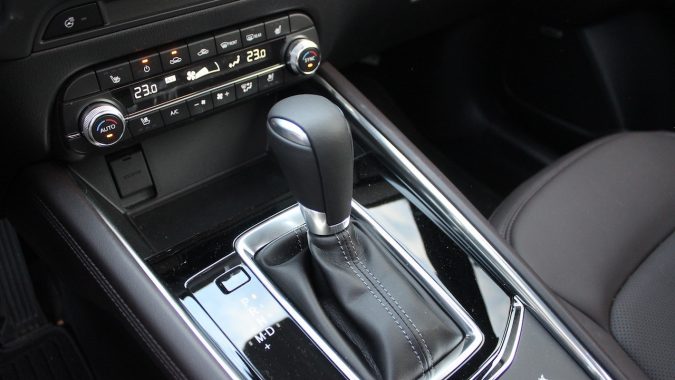