Canada has often tended to be a bit more smitten with Mazda than our neighbours to the south.

Could it be that more of us appreciate attention to styling detail or refined driving dynamics? Or maybe it’s just that we don’t mind Mazda’s smaller cargo spaces because we haul less stuff around.

Either way, it’s no wonder that the CX-3 tends to be a hot seller for the brand. It was one of the earlier of the current crop of subcompact crossovers to hit the market, but it’s still one of the most visually attractive and pleasant to drive. And for the 2019 model year, a few minor tweaks have been added that make the CX-3 even better.

A Dash More Pepper in the Powertrain

The CX-3’s 2.0-liter four-cylinder Skyactiv-G engine gets an extra dash of pepper for 2019, up from 146 to 148 hp. But that’s not the end of the story. While peak torque remains the same at 146 lb-ft, fully available at 2,800 rpm, there’s a low-end torque increase of 6.2% as a result of some minor engine upgrades to reduce internal friction and improve fuel efficiency. 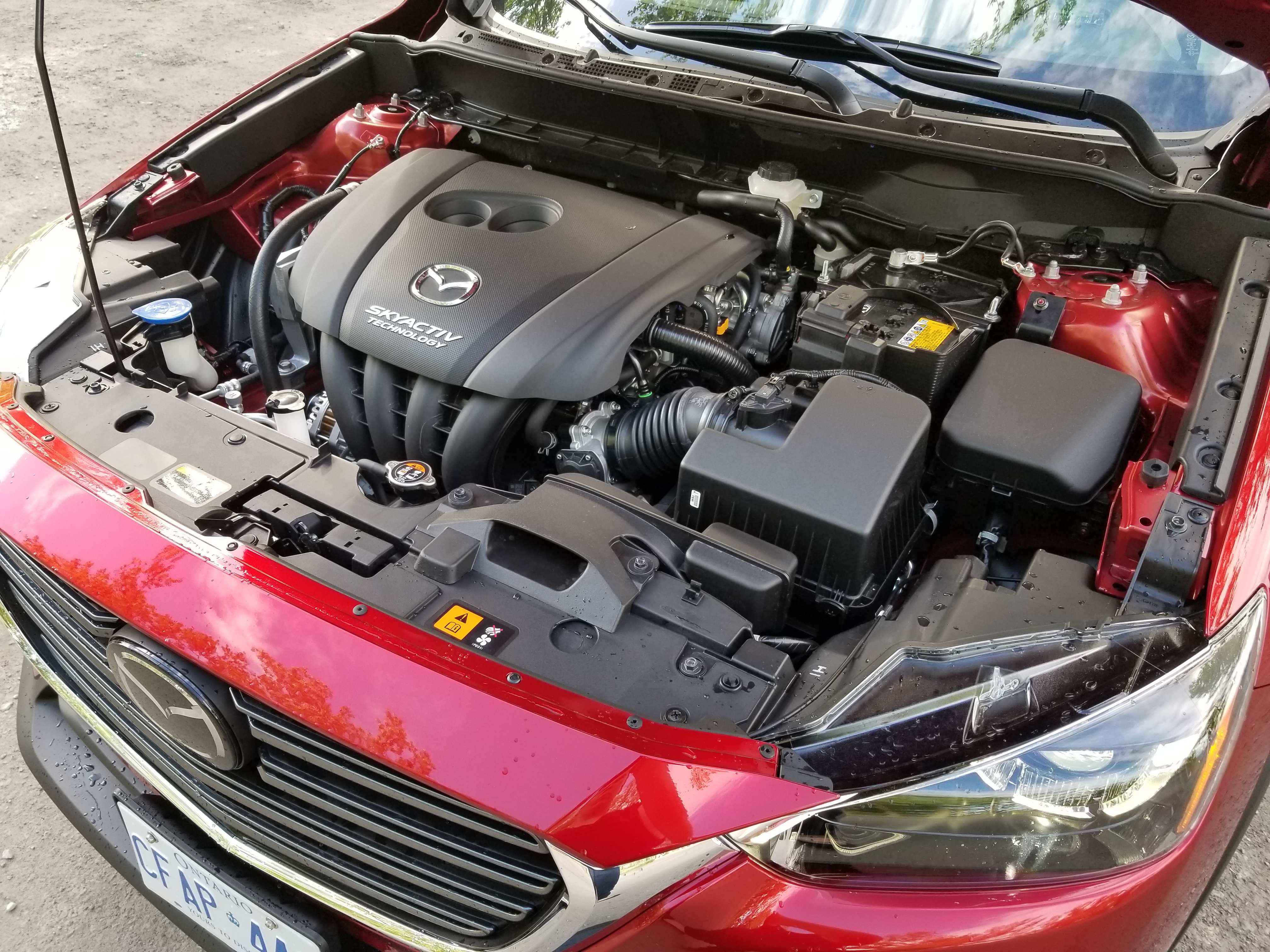 This last change is where the biggest improvement lies. You would never think that something that looks so small on paper could make such a difference in real-life drive feel, but it does. The updated CX-3 gets going noticeably more quickly from a standstill and has an extra bit of jazz to it as it gets up to speed. It would be nice to see it have that same energy available at highway speeds, but there are precious few mainstream cars in this class that really do – maybe the new Hyundai Kona with the 1.6-litre turbo, but nothing else comes to mind.

Handling is also excellent thanks to Mazda’s G-vectoring control system that uses torque control to distribute load between the front and rear wheels to minimize pitch and roll. Unfortunately, the steering isn’t quite as sharp as in, say, Mazda’s car line-up since crossover buyers apparently tend to prefer it to be more relaxed.

There are a few things that are unchanged about the 2019 CX-3, one of them being ground clearance, a trait well worth considering for Canadians. In this segment, there’s a lot of variance: while the Subaru Crosstrek and Jeep Renegade both measure up at 22 cm, the new Ford EcoSport comes in at 19.8 cm, the Nissan Qashqai at 18.8 cm, and the Hyundai Kona at 17 cm, the CX-3 offers only 15.7 cm. (That’s still more than the 15 cm of the Toyota C-HR.) If you live on a well-cleared city street, that may well be enough. If not, give your typical winter driving experiences some extra thought.

As far as styling is concerned, there may not be a better-looking subcompact SUV out there. Its long headlights are complemented by an updated grille for 2019 to go with its clean angles and floating roof. Head inside on higher trims such as this tester, the top-of-the-line GT, and you’ll find suede accents and body-colour vent inserts.

You’ll also find the tachometer front-and-centre in the instrument cluster with a digital speedometer in the bottom right corner of it. While you’ve got to love Mazda for their commitment to driving over all else, it would be nice to have the speed readout a little larger and more prominent. Similarly, the GT trim has a flip-up head-up display, which is nice to have but not quite as easy to focus on, I find, as the type that projects directly onto the windshield. 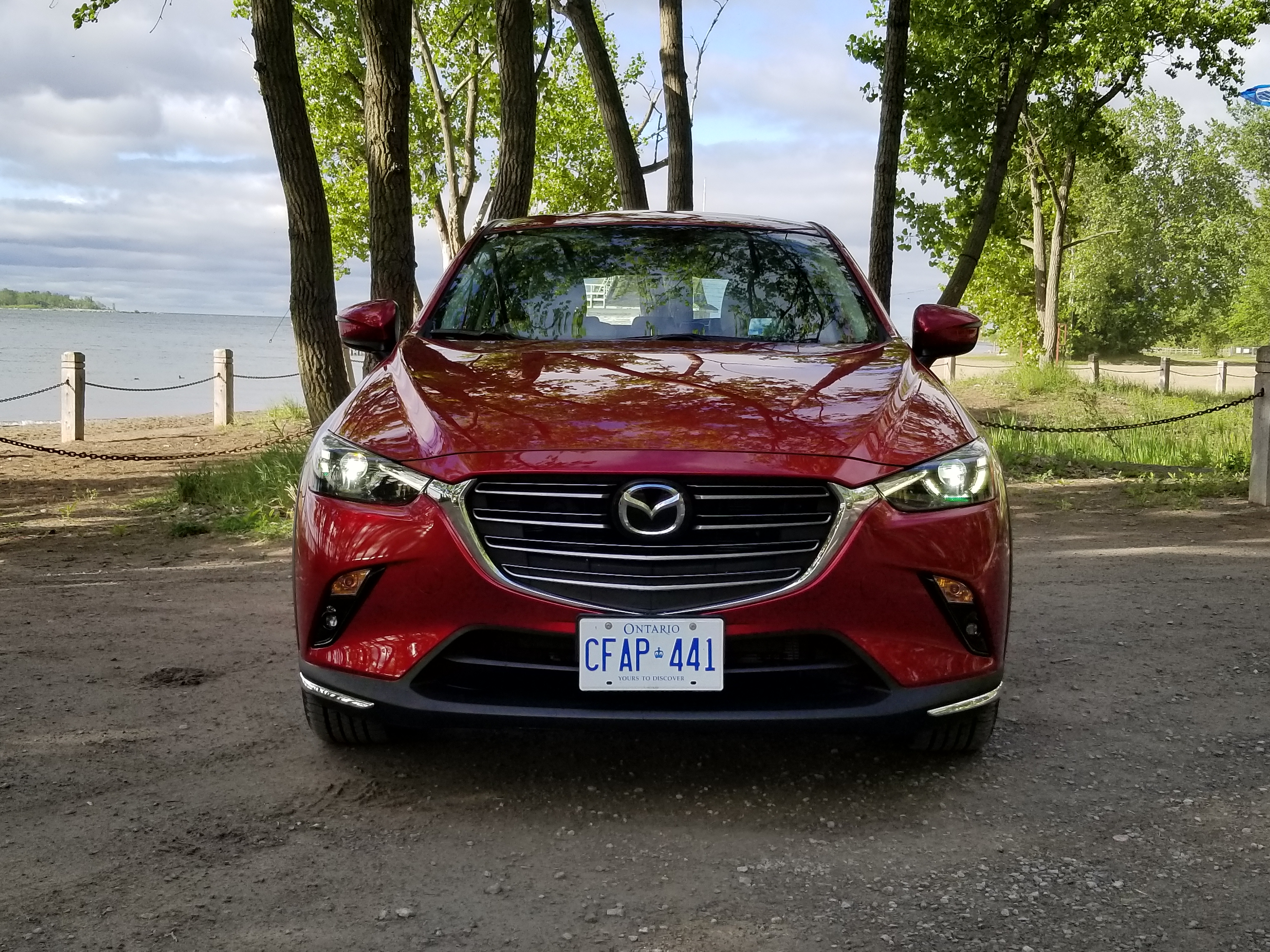 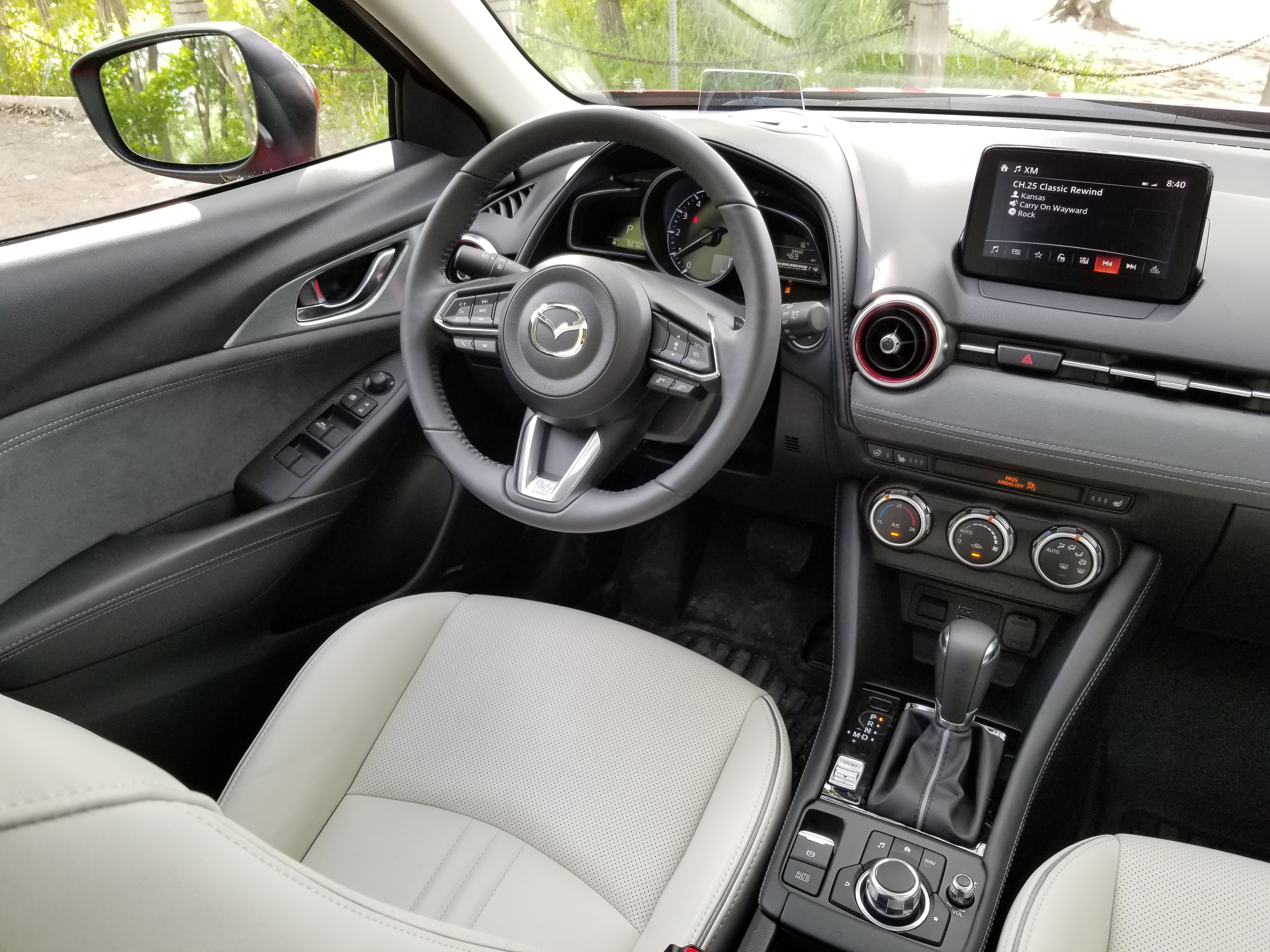 Taller drivers may find that they’re not an excellent fit in the CX-3, particularly if they have shorter limbs like I do. The driver’s seat is comfortable in the hips but is positioned quite high, leaving less head room than average. More uncomfortable is the slight forward lean in the headrests that I find forces me to slouch when I sit back, which it doesn’t seem to be possible to adjust away.

While I’m griping, I might as well point out the primary cupholder, which is accessed by flipping up a small plastic panel in the front section of the centre console. It means that the space can be used for other things from time to time, but it’s also less sturdy than a purpose-built cupholder. I pretty much always have a drink going in the car, so this wouldn’t take long to start getting to me.

The second row is plenty roomy, probably leaving enough leg room for most grown-ups – although pulling the headrests up to use them would obstruct the already-small rear window a fair bit – but that extra space is taken from the cargo area, leaving behind 408 L of space. That seems very small, but on further examination is actually above average for the segment. However, it is a little harder to use than average thanks to a relatively small hatch width and high load floor.

The 2019 CX-3 has an electric parking brake instead of a mechanical one, which afforded a little more room to rearrange the centre console and put the infotainment interface dial in a more comfortable position.

The system itself hasn’t changed and still doesn’t have Apple CarPlay or Android Auto functionality, but the features that are there are well laid out and fairly easy to use, apart from the fact that some key ones like browsing radio stations take too many twists and pushes to reach. I wish every car equipped with a built-in navigation system would show the name of the upcoming cross-street no matter which screen you’re in, as Mazda’s does.

Shoppers have a lot more choice in the subcompact crossover segment than they did when the CX-3 launched just three years ago. And today, they demand features like the latest technology and usable cargo space, which are things this model leaves on the table. However, on things like attractiveness, driving enjoyment, and fuel economy, the CX-3 continues to be an excellent choice. 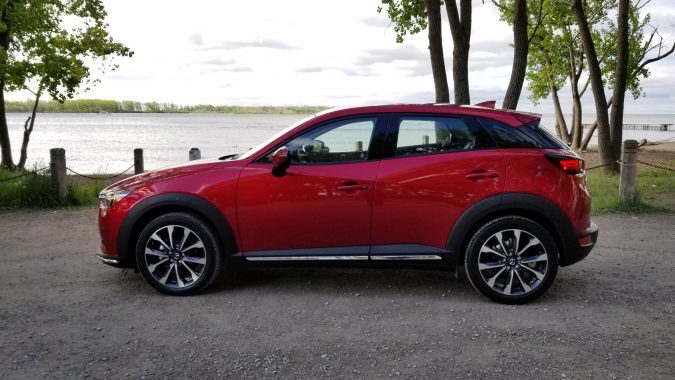 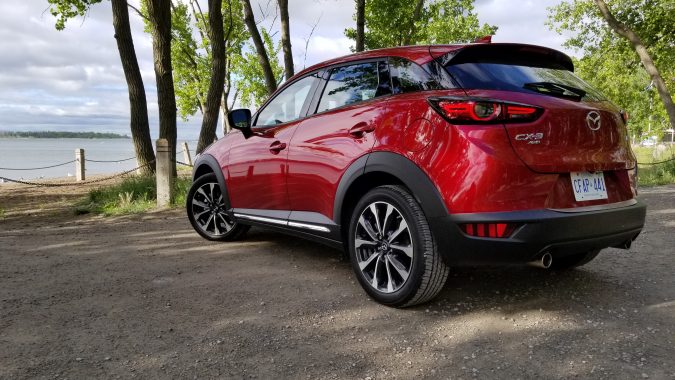 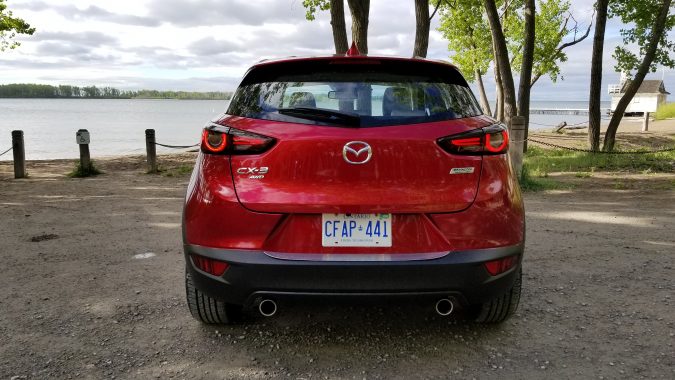 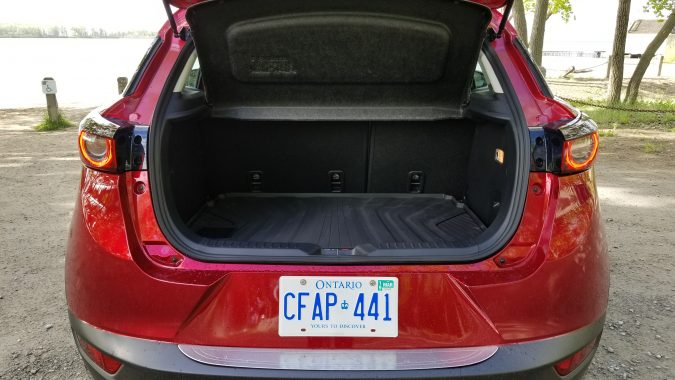 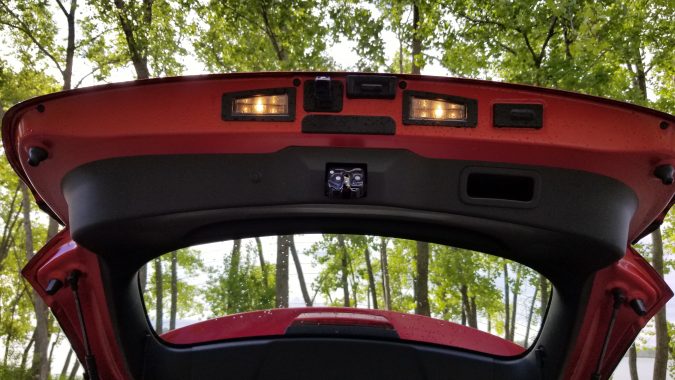 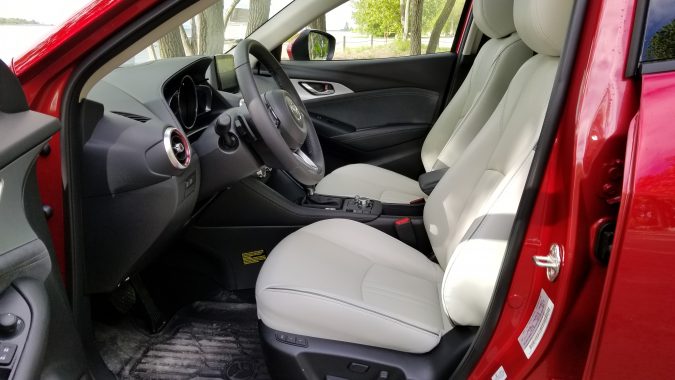 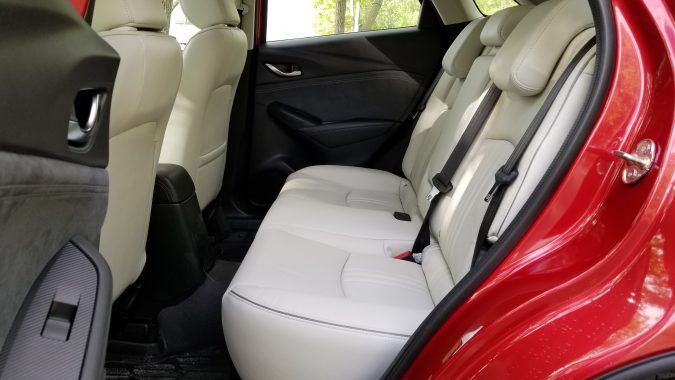 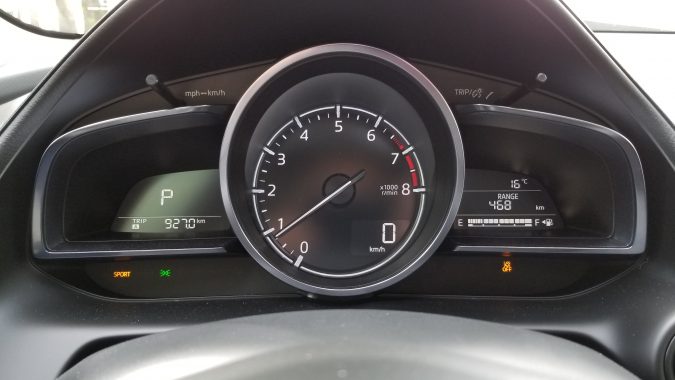 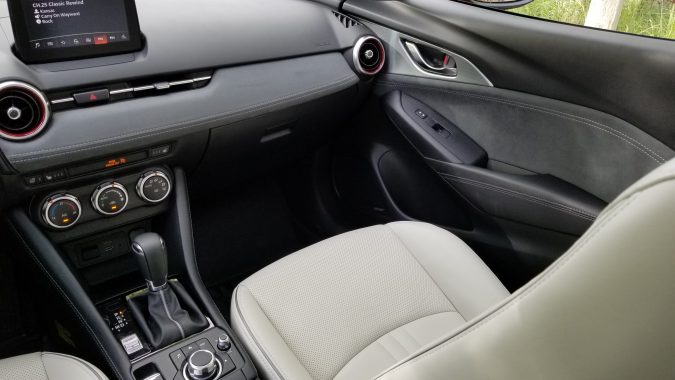 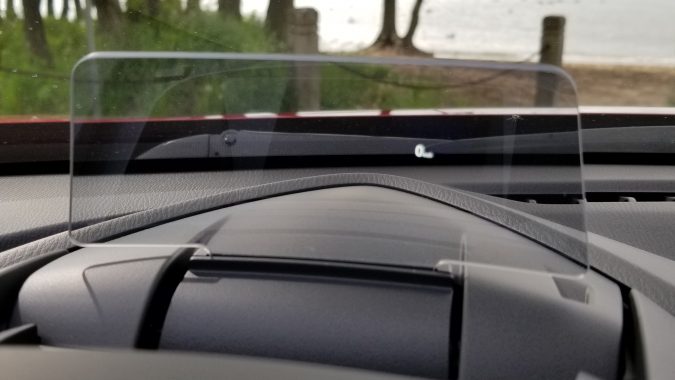 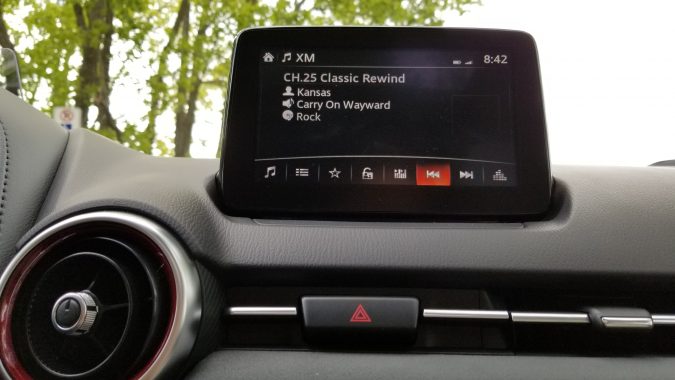 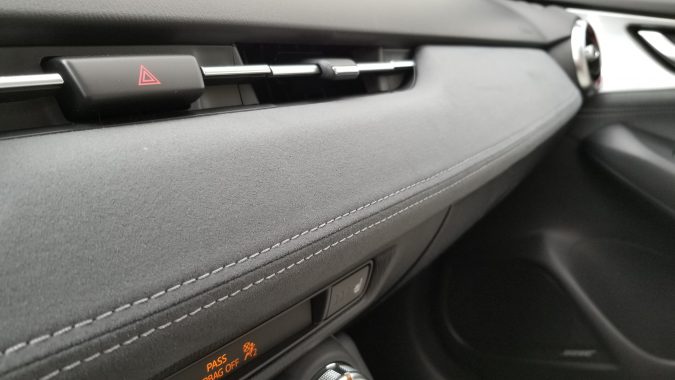 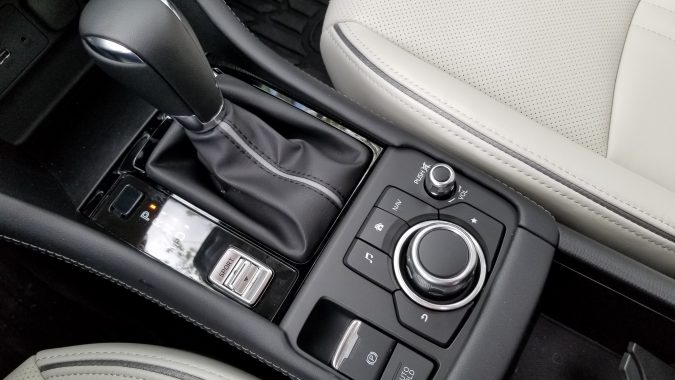 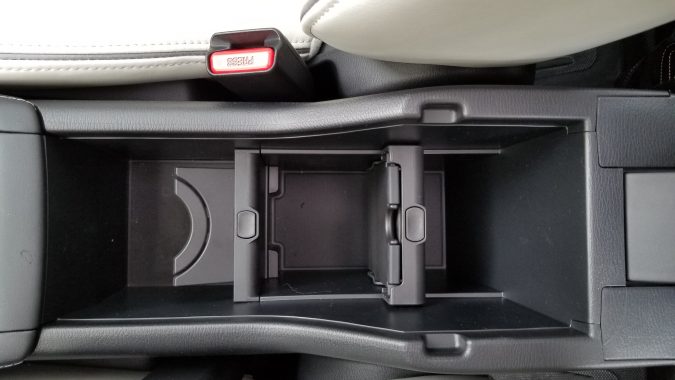 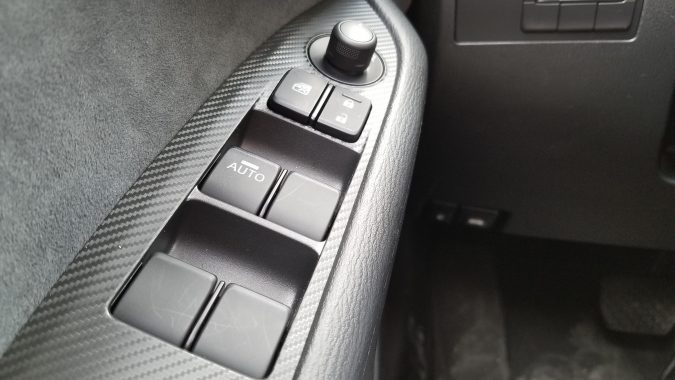