New kid on the block

The baby of the Lexus SUV / crossover family, the UX is not only the smallest such offering from Toyota’s luxury brand, it is also the newest as 2019 marks its first model year.

Built on the TNGA-C (Toyota New Global Architecture-C) platform shared with the Toyota C-HR, Corolla and Prius, the UX (which stands for urban explorer) was first revealed at the Geneva Motor Show in March 2018 and went on sale this past spring. It’s available in Canada in two basic offerings: gas and gas hybrid.

The focus of this review is the gas model, the UX 200, which is available in front-wheel drive only. Power is sourced from a 2.0-litre naturally aspirated inline 4-cylinder engine that produces 169 horsepower at 6,600 rpm and 151 lb-ft. of torque at 4,800 rpm. The only transmission on offer is a direct-shift continuously variable transmission (CVT). By comparison, the hybrid UX 250 h produces 181 hp and comes equipped with standard all-wheel drive. 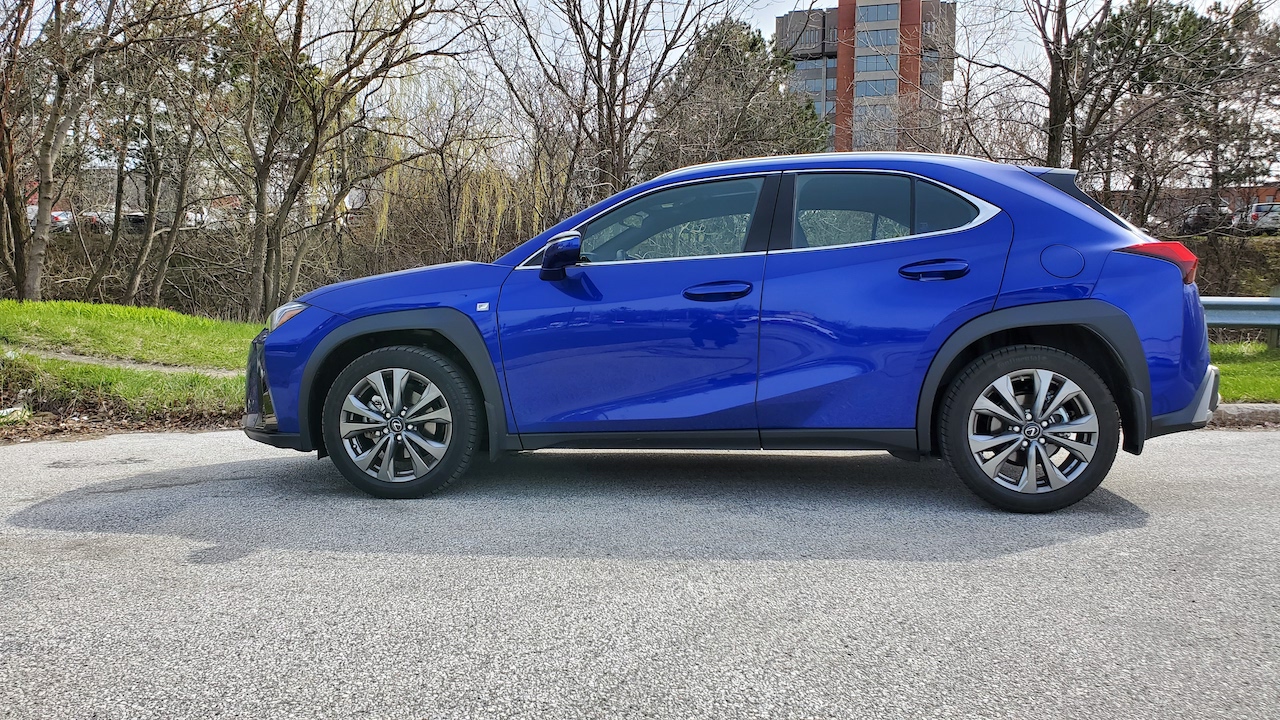 It’s still early, but so far Canadians seem to be warming to this little Lexus crossover. Through June 30, 1,619 copies of the UX have been sold, which places it third behind the RX and NX on the Lexus sales chart in Canada. Impressive for a vehicle that’s only been on sale for a few months and further underlines how a manufacturer can’t have too many SUVs in its lineup in 2019.

In the looks department, the subcompact UX bears a strong resemblance to other members of the Lexus SUV family, particularly the NX and RX. Like its larger siblings, the UX’s styling leans into Lexus styling hallmarks, with prominent creases spread over its surfaces, notably in the beltline and on the hood. The spindle grille is also very much in keeping with the brand, although it looks a bit too big on the UX.

Inside, the UX is very much contemporary Lexus. The sheer volume of F Sport gear makes for a more comfortable and luxurious environment, but in base form, the UX still comes with a lot of stuff, such as a leather-wrapped steering wheel, dual-zone climate control with dust and pollen filter, heated and ventilated front seats and push button starter. In terms of interior space, the UX feels reasonably spacious for a small SUV. Considering its small size, the UX’s 614 litres of cargo space is impressive. 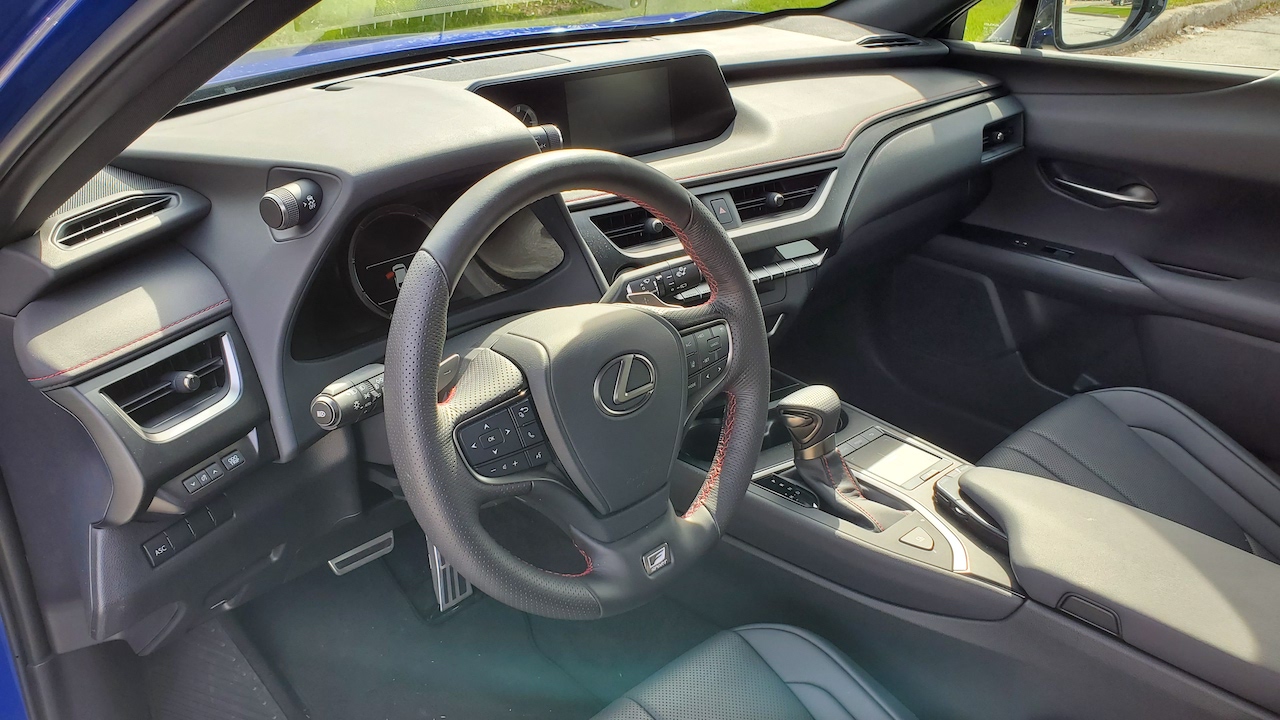 On the road, the UX 200 acquits itself well for a subcompact SUV that doesn’t boast a great deal of power. Acceleration is acceptable in normal mode but toggling the drive mode selector to sport sharpens throttle response significantly and makes the UX 200 a much more engaging vehicle to drive. The CVT has a manual mode and steering-wheel mounted paddle shifters for those wishing to ‘shift’ their own gears. But high performance really isn’t the UX’s bag. It feels much more at home as a quiet, comfortable and composed daily driver.

Of note, the 10.3 L / 100 km fuel economy average I posted in mixed driving was quite disappointing although, as conventional wisdom says regarding fuel economy, your mileage may vary. My poor return is worth pointing out, however, given the UX 200 is a small vehicle and doesn’t bring a great deal of performance to the table. 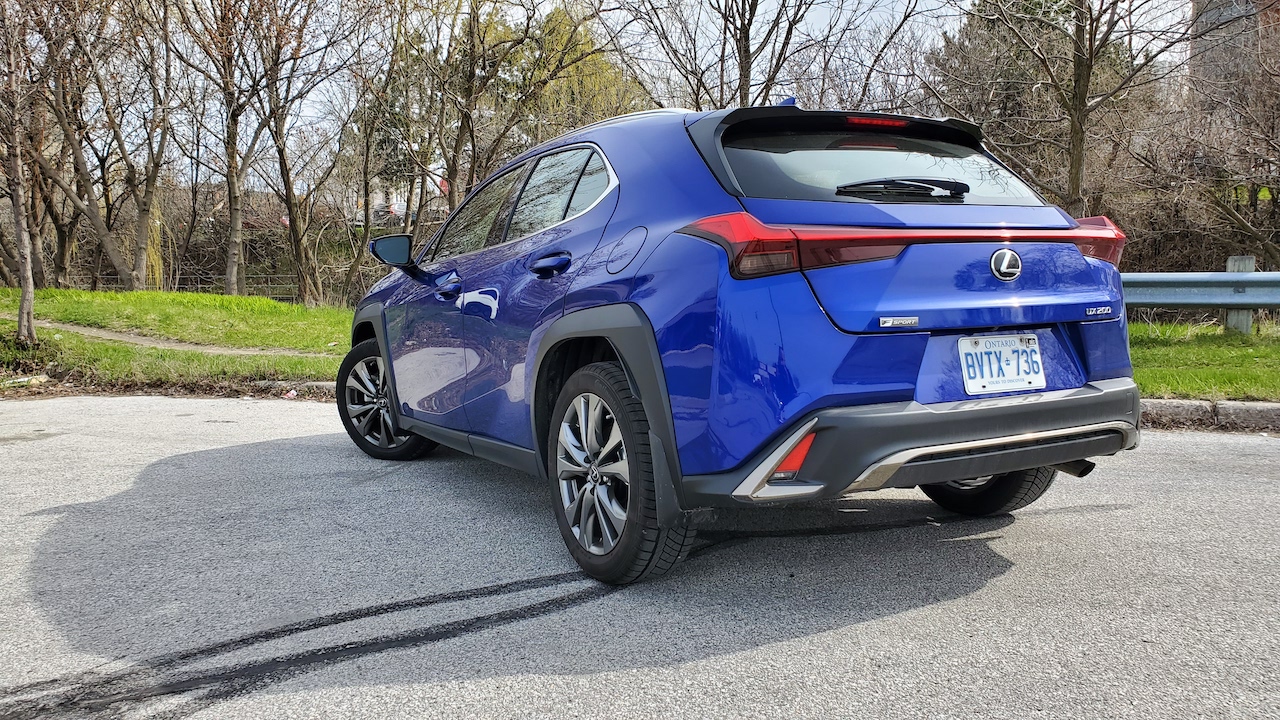 Overall, the UX 200 represents a decent value play for those wanting an urban vehicle that offers Lexus refinement and SUV versatility. With a $37,100 base MSRP, the UX 200 feels like it’s priced right, and while the F Sport package adds some extra visual appeal, one needn’t tick that box on the order form in order to experience the best the car has to offer. 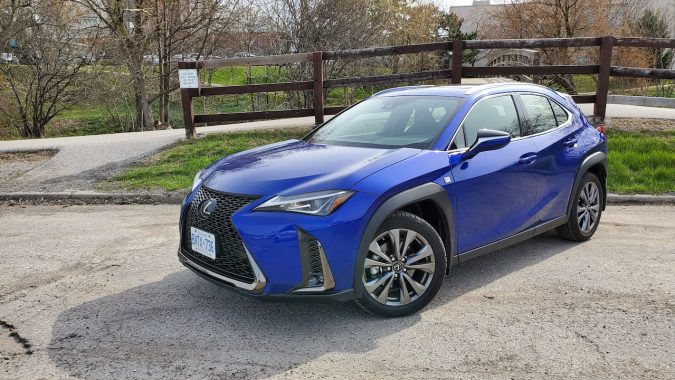 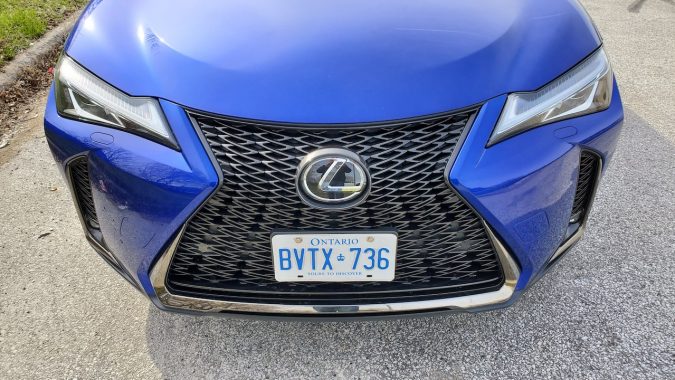 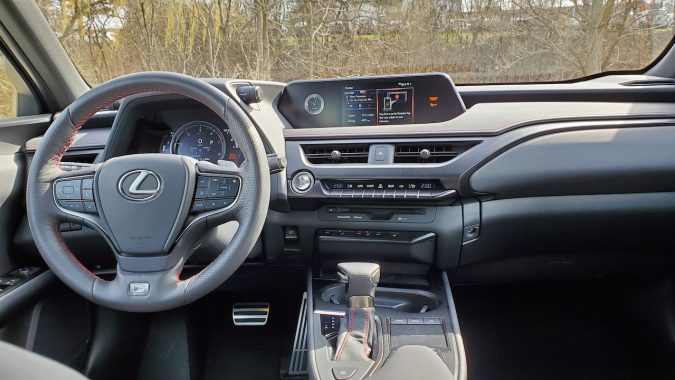 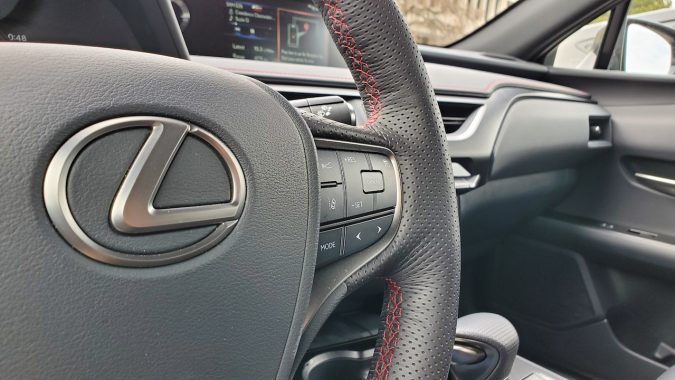 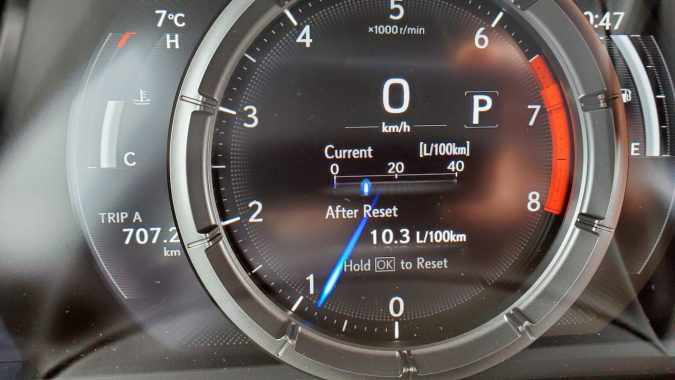 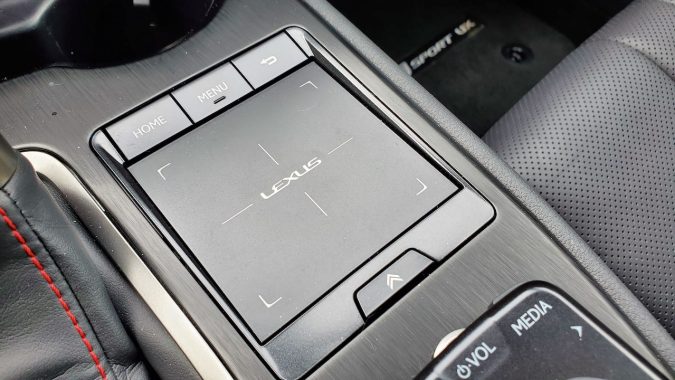 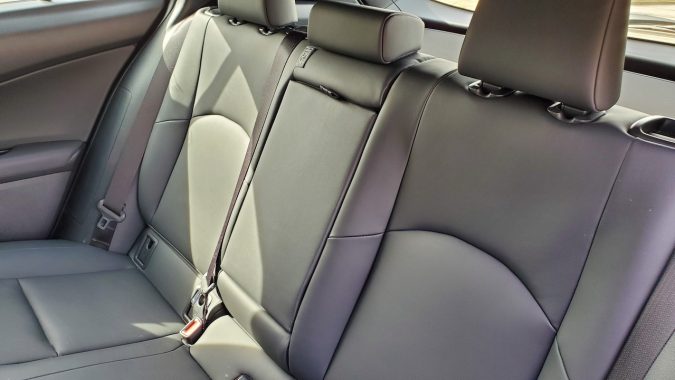 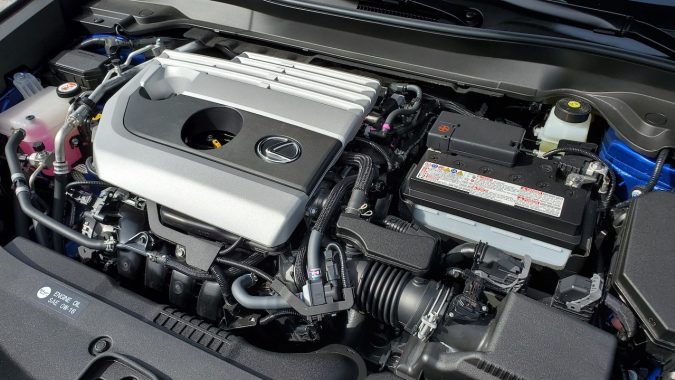 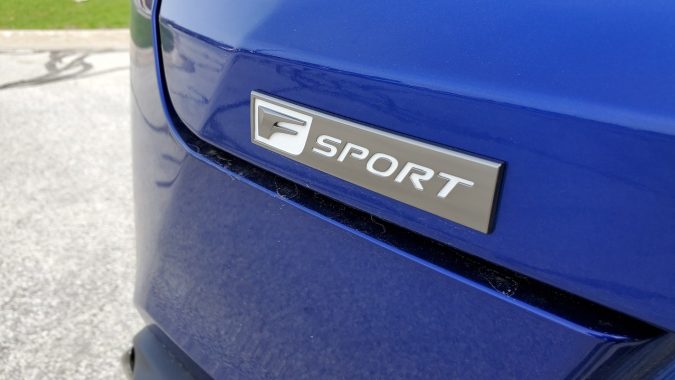 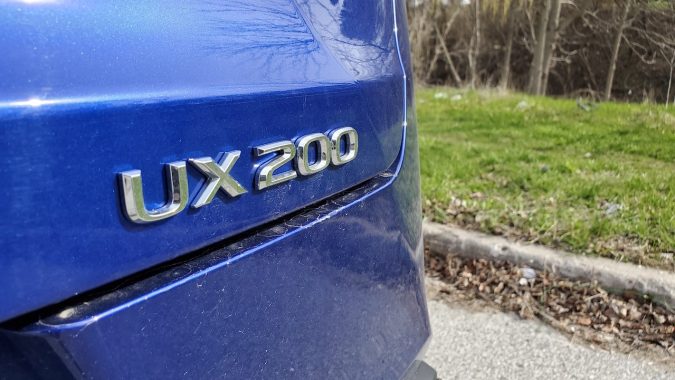 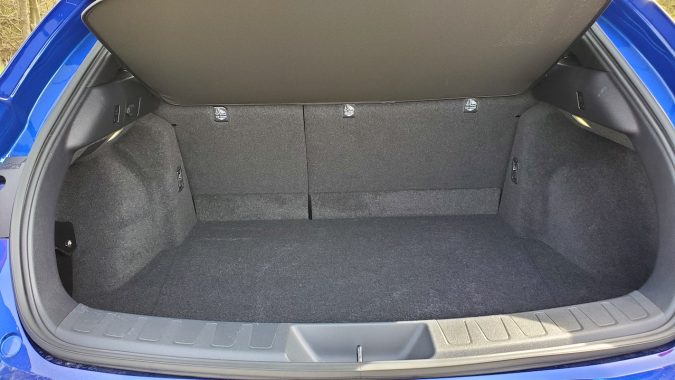 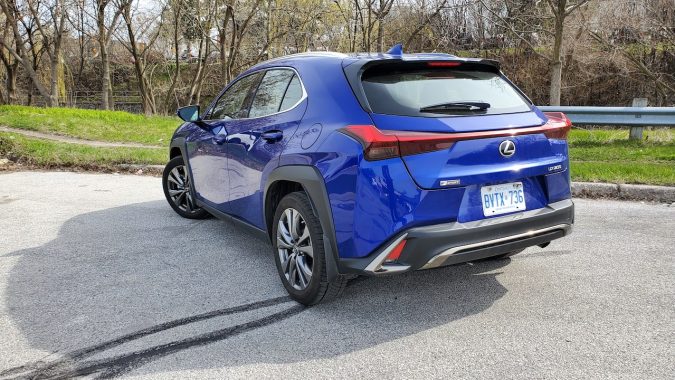