Kia Canada has chosen to take weather into account and the Stinger is only available with AWD and a crisp shifting automatic transmission.

You could say that we are living in a strange time in automotive history. Once upon a time, North American consumers had a passion for super-sized sedans, ones which boasted living room sized interiors and trunks that would hold the proverbial 4 golf bags. The bigger the better. Today’s motorists prefer the upright seating position and perceived added utility of crossovers, which has resulted in such massive declines in sales that both Ford and General Motors are abandoning cars, performance halo models aside, altogether.

It is interesting then, that in 2018, Kia brought to market a new car which is arguably one of the most attractive sedans ever created.

Based very closely on the GT concept, which first made an appearance way back in 2011 at the Frankfurt Motorshow, it continued to wow journalists when shown here in North America.

The introduction of the production model as a 2018 set the enthusiast world abuzz, with stunning good looks that were remarkably close to the concept, the Stinger GT boasted performance to back up the sporty looks. In some markets, the Stinger GT is available with rear-wheel drive and a six-speed manual transmission. Here in Canada, Kia has chosen to take weather into account and the Stinger is only available with all-wheel drive and a crisp shifting automatic transmission. 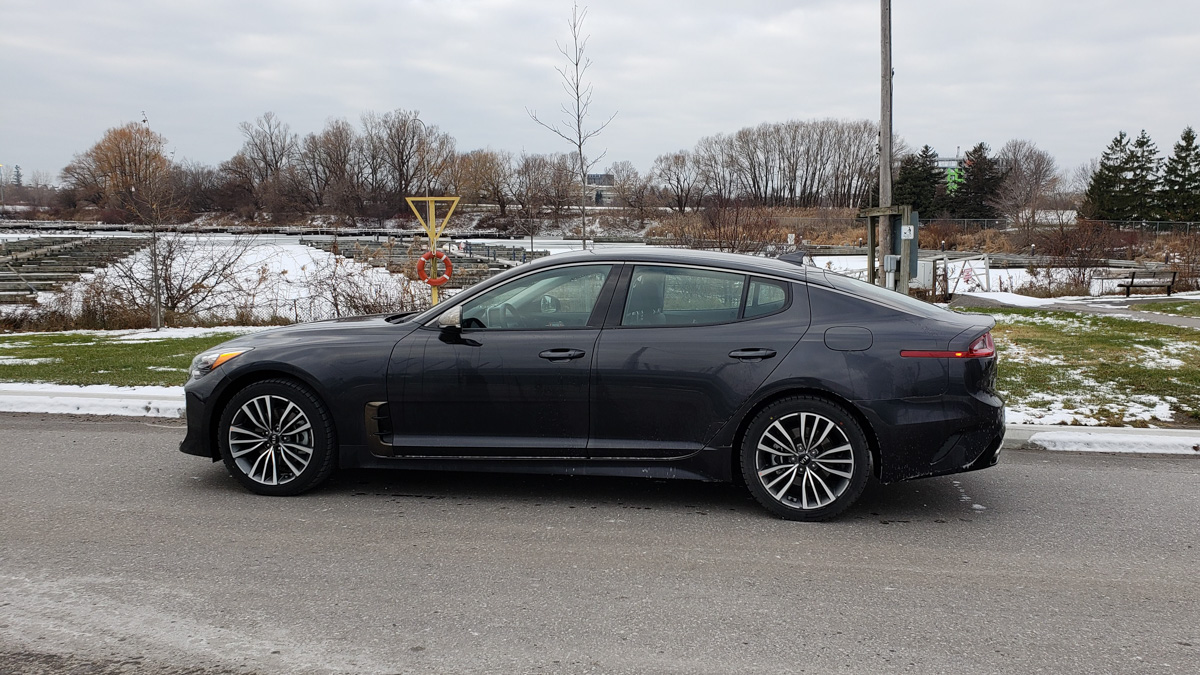 Just as the big players are backing out of the sedan segment, Kia is kicking up a storm in what could now be best called a niche market and are doing it with a bit of a twist.

While the Stinger looks like a traditional sedan, it actually offers a hatchback layout rather than a trunk lid. Same visual impact, but offering some of the utility that crossover buyers enjoy.

While enthusiasts and auto journalists always cry for more horsepower, the reality is that not every driver wants or needs a track ready weapon with close to 400 horsepower, so for 2019, Kia has created the Stinger 2.0L GT-Line.

The new model features the same stunning good looks inside and out, paired with a 2.0 L turbo four cylinder which creates a healthy 255 horsepower and 260 lb-ft, sent to all four wheels via an 8-speed automatic transmission. For those who want the feeling of greater control, paddle shifters are included. 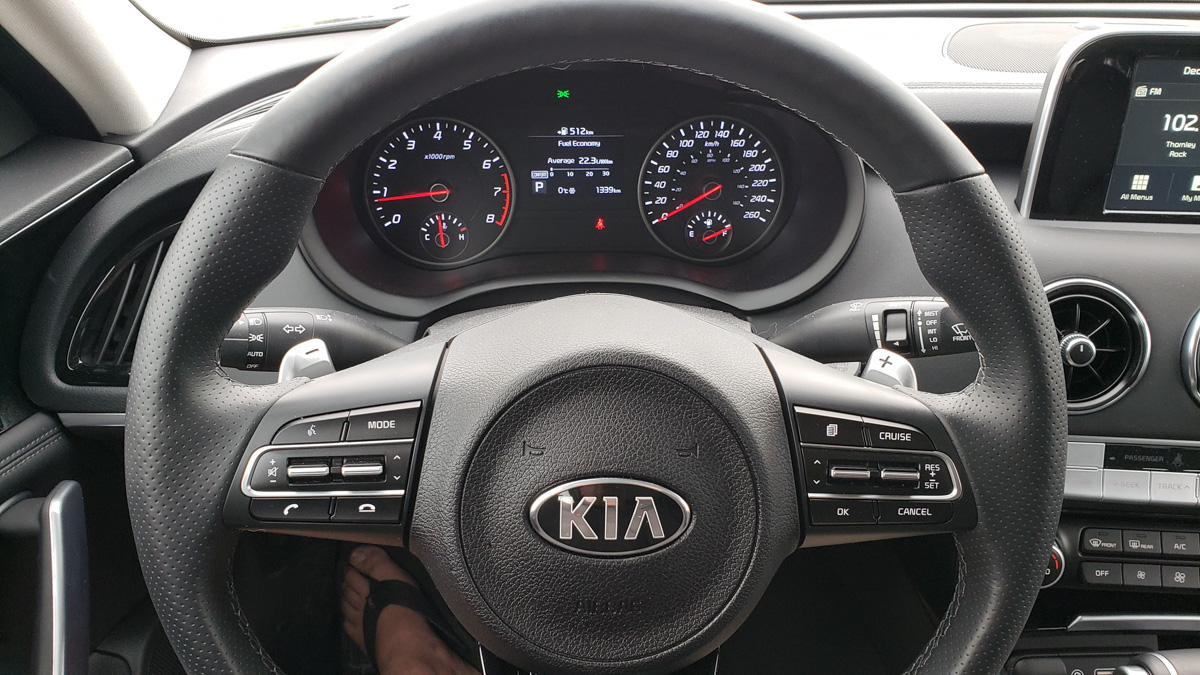 Kia has been building interiors which not only belie any notions that Kia is a bargain manufacturer for years now, so it is becoming a bit of a cliche to comment on the “wow, this is a Kia” factor. Honestly though, my reaction when I opened the driver’s door the first time was Holy @#$%&!

The interior of the Stinger GT-Line combines leather surfaces, bright trim and quality plastic surfaces which would easily be acceptable in a German sport sedan costing twice as much.

I’m going to go out on a limb and suggest that the traditional North American manufacturers should be looking at this vehicle and ask themselves why they can’t create this level of interior quality in vehicles costing substantially more.

Front seat occupants will be comfortable in the sporty leather bucket seats, while several adult passengers commented on how spacious the aft cabin is. 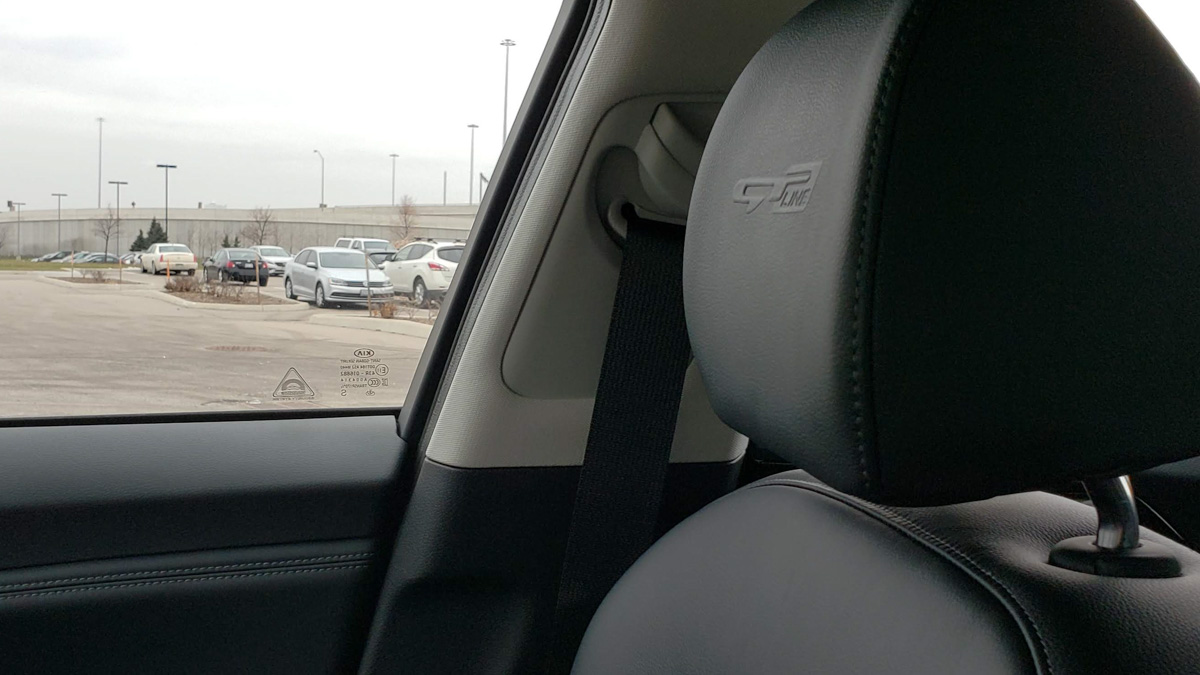 Like other Kias, the Stinger is chock full of electronic creature comfort features, pretty much everything you can think of. I was particularly happy to find a wireless phone charger which actually works with my Samsung Galaxy S9. This is a big deal for me, as several other vehicles I have driven will not charge my phone.

With the level of finish and features, I was a bit surprised to find that the GT-Line does not come with a sunroof. To let the sun shine in, buyers will have to step up to the V-6 powered GT or GT Limited packages.

It wasn’t so long ago that entry level, four banger versions of sports sedans felt like an almost-ran, with performance that simply wasn’t up to par. Nothing could be further from the truth in the case of the GT-Line spec Stinger. The four pot version of the Stinger has more than enough power to create a lively and engaging driving experience, if not setting the quickest lap times like its more powerful sibling. 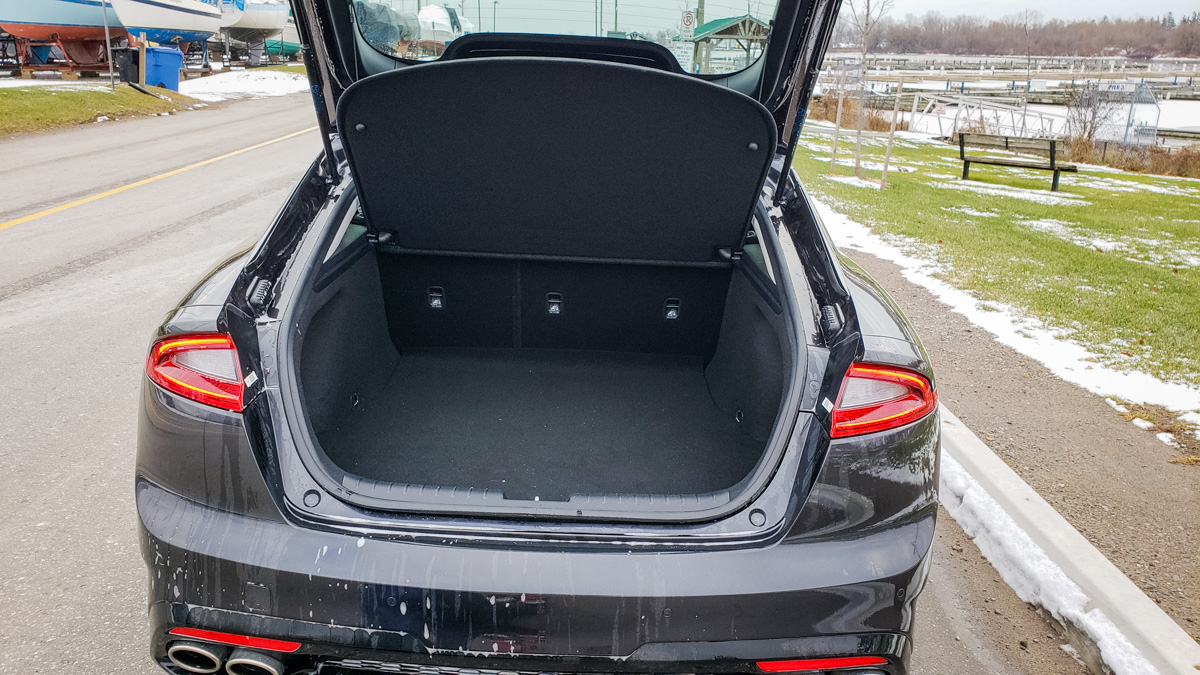 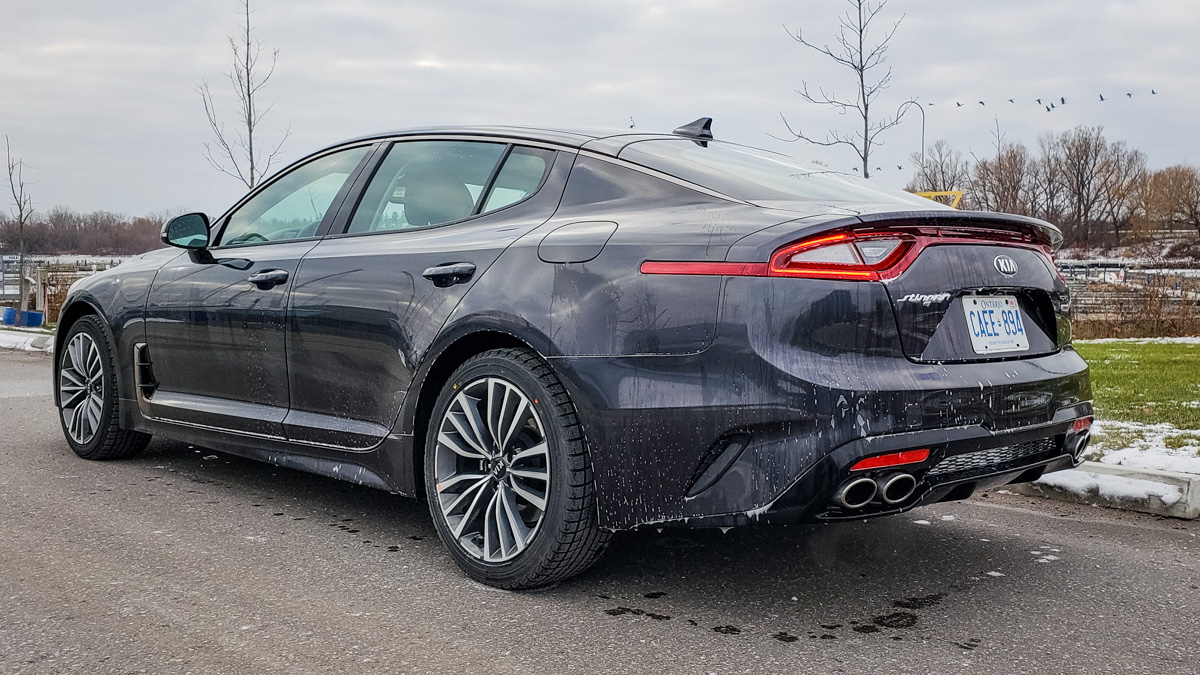 That being said, like other manufacturers, Kia has chosen to offer an electronic exhaust note enhancer to make the car feel more sporty. While pressing the button does change the exhaust note within the car, it isn’t enough to inspire any notions of motorsport grandeur. It seems like a bit of a wasted effort.

With all-wheel-drive and winter tires, the Stinger is as confident as one might expect in snow. That being said, the Yokohama ice Guard Winter tires which were fitted to our tester were considerably noisier on dry pavement than we have come to expect from modern Winter rubber.

For an all-wheel-drive vehicle of this size, fuel economy is more than respectable, as we saw mid-8 L/100 km on the highway, and high 11s around town. While this number is a smidgen higher than the government ratings, our tester was brand spanking new, with no real break-in time and the cold temperatures we experienced during our drive do lower fuel economy.

During our week with the Stinger, I saw lots of people stop and stare as they tried to figure out what the gorgeous machine was, but possibly the most blatant one was my butcher. Sean Kuzenko from Buckingham Meat Co. in Brooklin came barrelling out of his shop, saying “Dude, that car is gorgeous! What the ^%#$ is it?”

That right there might be the Stinger GT-Line’s crowning achievement. As a new entry in a niche market, few people know what it is, but it just looks so $#@% beautiful! 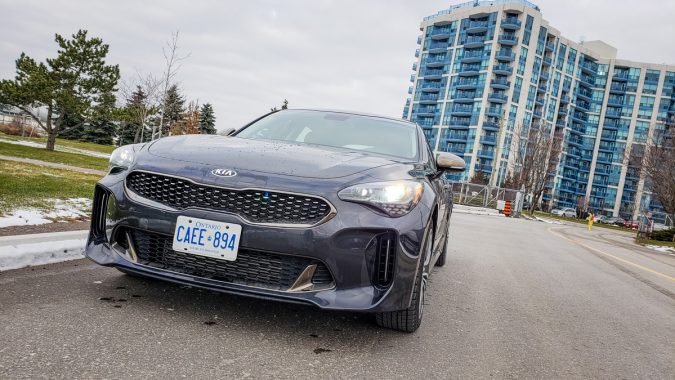 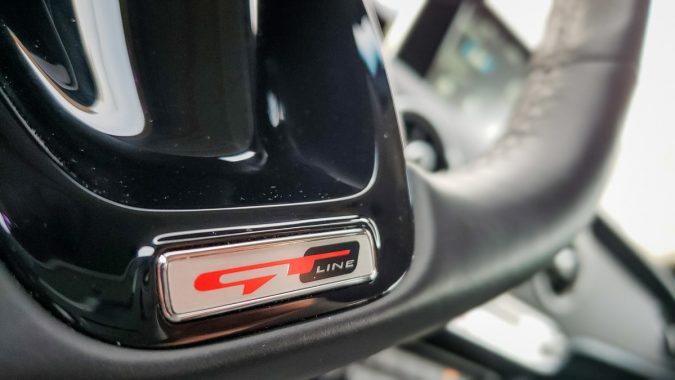 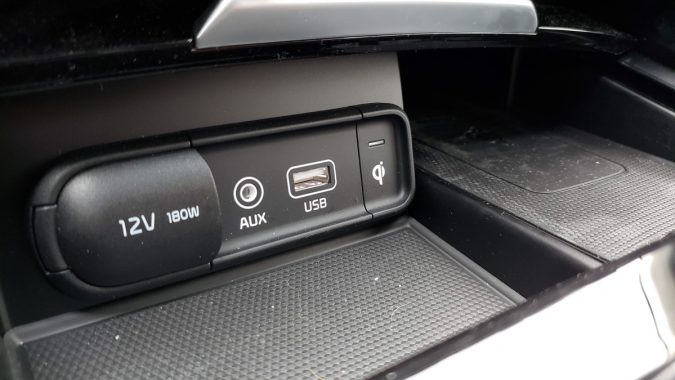 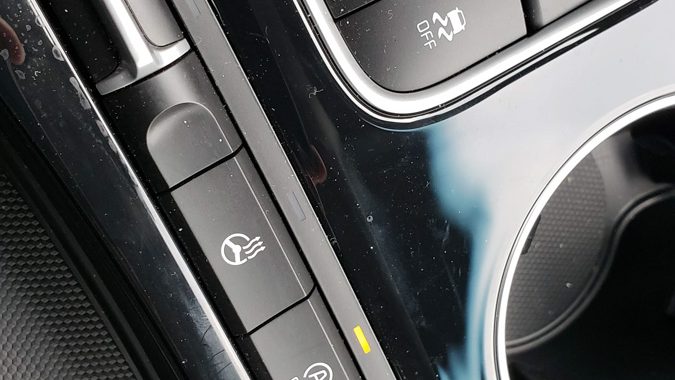 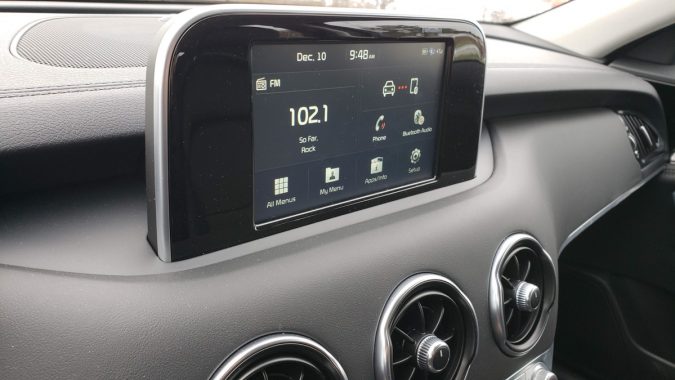 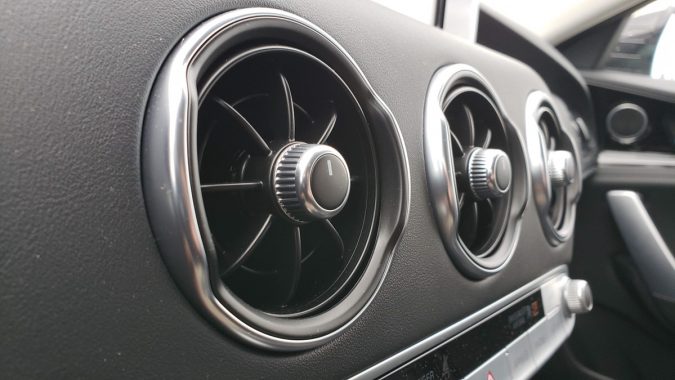 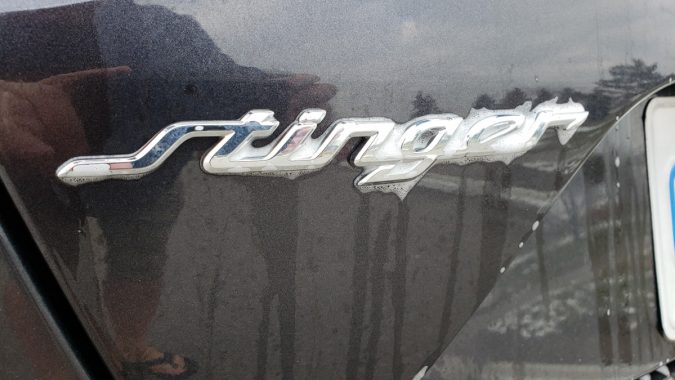 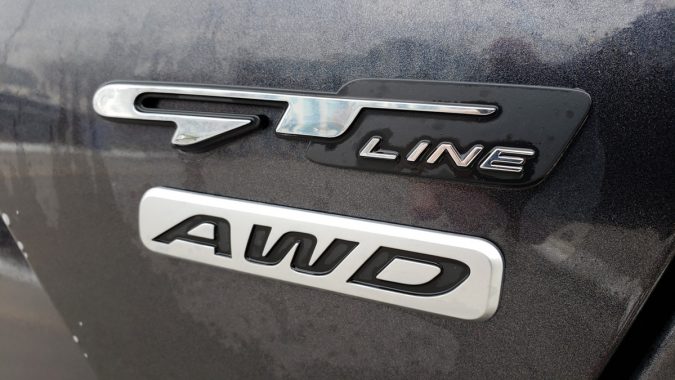 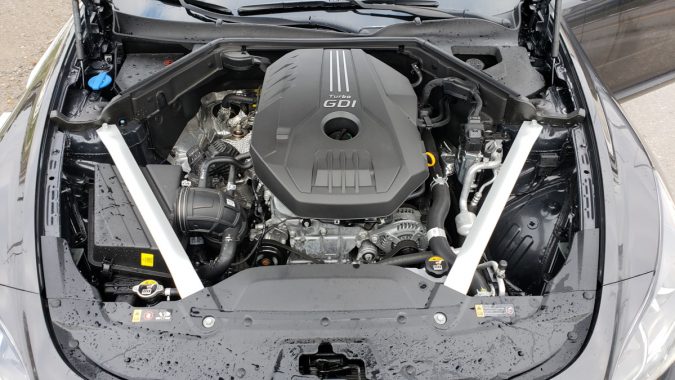 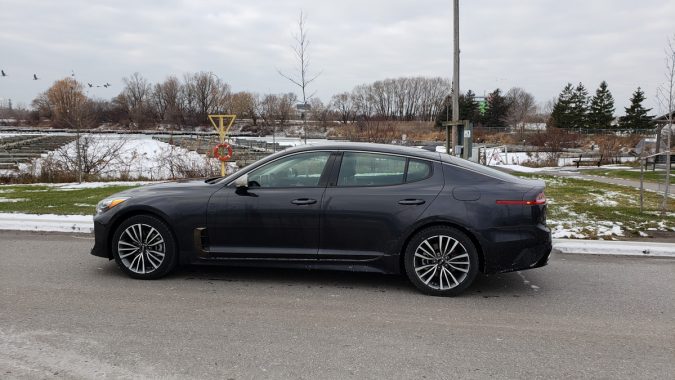 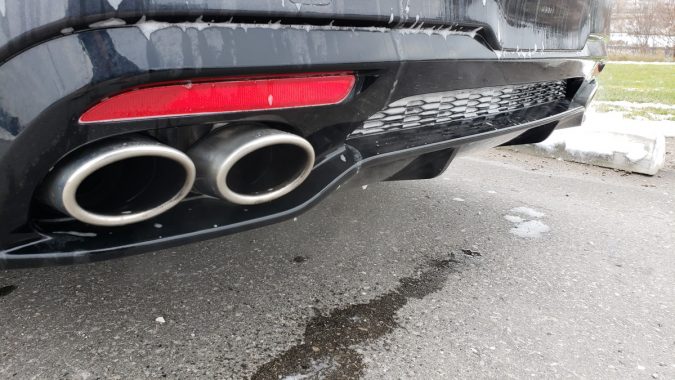 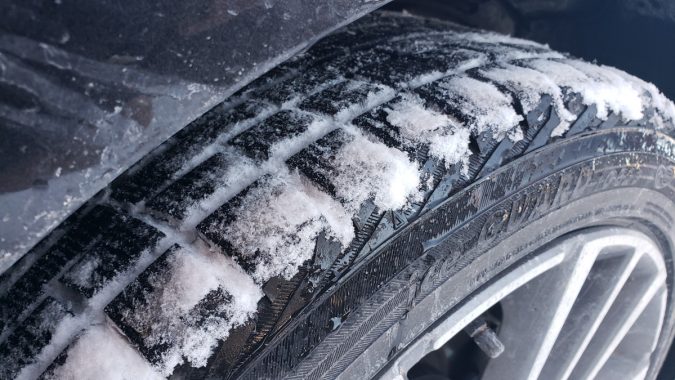