F-Pace sets the pace for Jaguar, it's a radical departure from the luxury sedans Jaguar is famous for.

Much like Porsche did when it brought the Cayenne SUV to market, Jaguar has had similar success with its mid-size F-Pace luxury crossover SUV.

When it was introduced here in the summer of 2016 as a 2017 model and the first SUV in the Jaguar lineup, I happened to be among the auto journalists attending the launch in Aspen, Colorado.

Since then, Jaguar has expanded its SUV footprint with E-Pace compact SUV and the new I-Pace, Jaguar’s first all-electric performance SUV.

But it’s the F-Pace that continues to lead the way for Jaguar, accounting for approximately half of their overall sales.

It’s an important vehicle for Jaguar because it helps bring a younger demographic into the showroom, in part because the F-Pace lineup offers something for everyone. 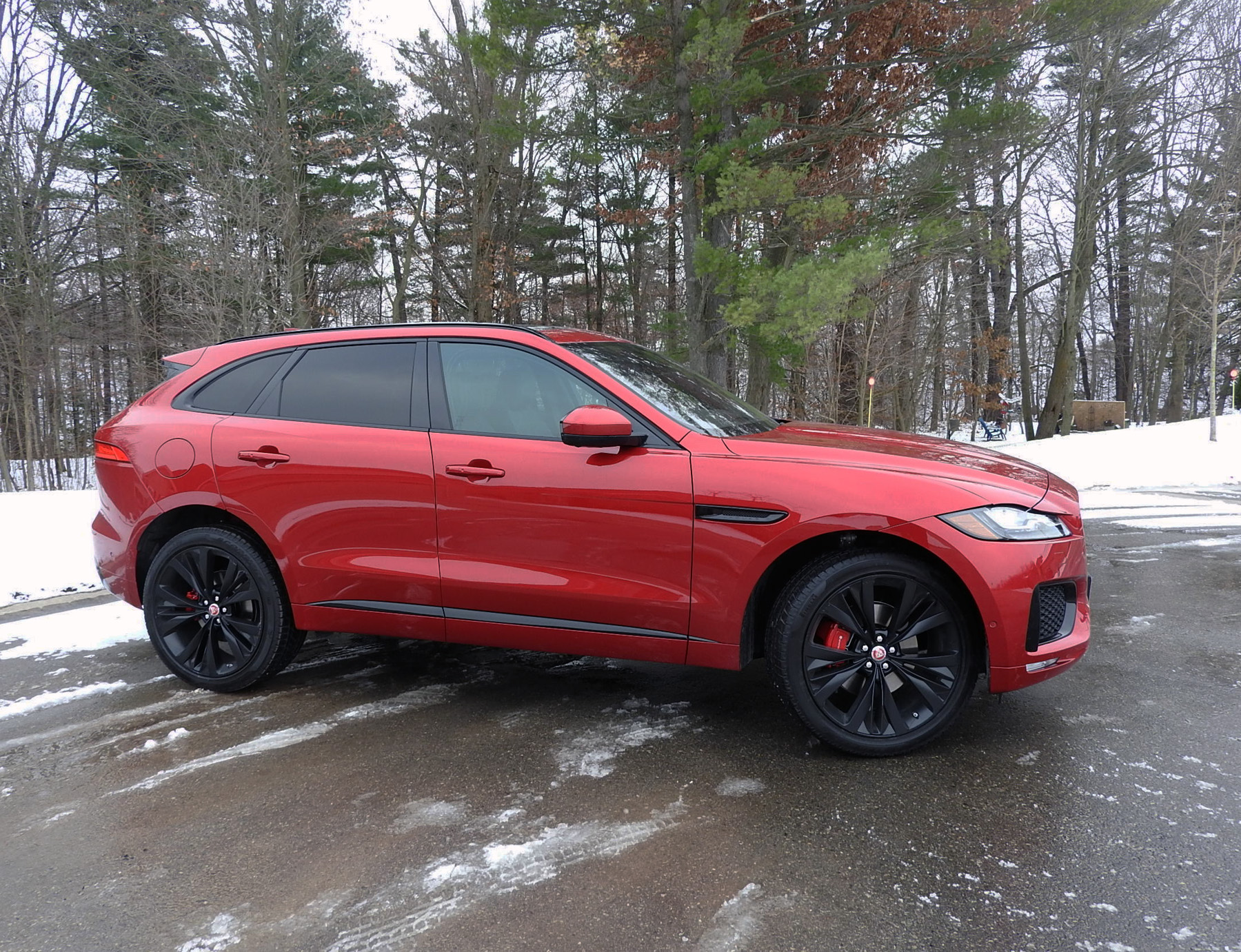 Built on the same platform (Lightweight Aluminum Architecture) as the entry-level XE sedan and the more upscale XF sedan, the F-Pace for 2019 is offered in six distinct trim levels.

Our tester was the upmarket F-Pace S, featuring a 380 hp 3.0-litre V6 engine, mated with an eight-speed ZF automatic transmission that is used throughout the lineup.

And for those who want the ultimate in performance, the SVR trim with its 550 hp 5.0-litre supercharged V8 is the vehicle of choice. This model has a top speed of 283 km/h and 0-100 km/h acceleration time of just 4.3 seconds.

But for most buyers, the S-trim model that is the subject of this test will satisfy the need for performance, luxury and utility. 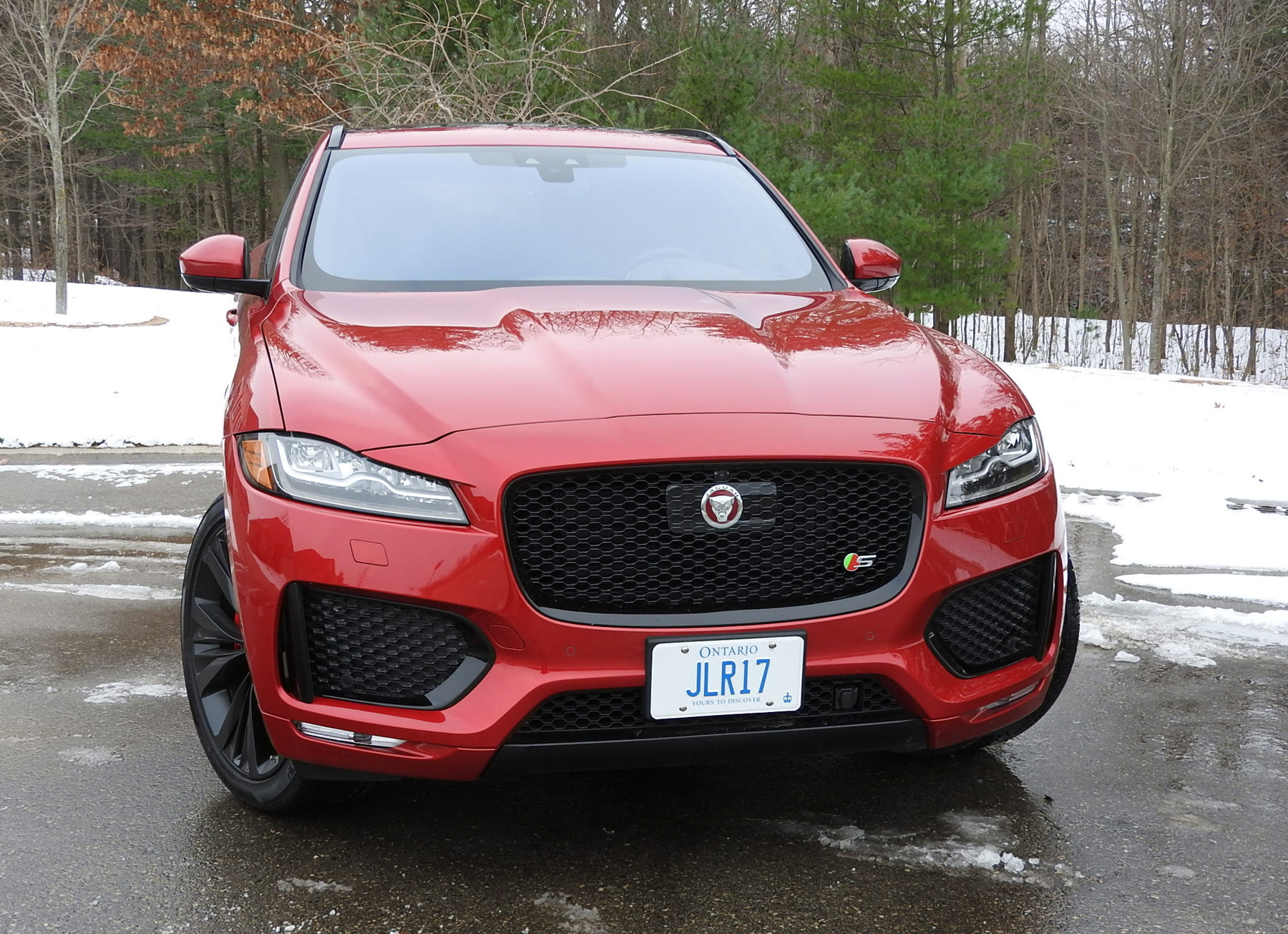 Sitting on 20-inch, five-spoke alloy wheels and sporting red brake calipers, the S looks every inch the sporty ride that it is. Several wheel packages are available as options including the 22-inch, 15-spoke gloss black wheels on our test vehicle.

The S-branding on the outside sets this model apart from the other trim levels and the Adaptive Dynamics system allows the driver to modify the response of the vehicle to conditions and driving style.

The F-Pace S weighs in at a hefty 1,861 kg (4,102 lb), but with a body made up of 80 per cent aluminum, it is a manageable weight that allows the vehicle to corner and handle well.

For those who really enjoy driving, our F-Pace S model is the one to get. It feels more car-like than many competing SUVs on the market and the supercharged 380 hp V6 gets it up to speed in a timely manner. 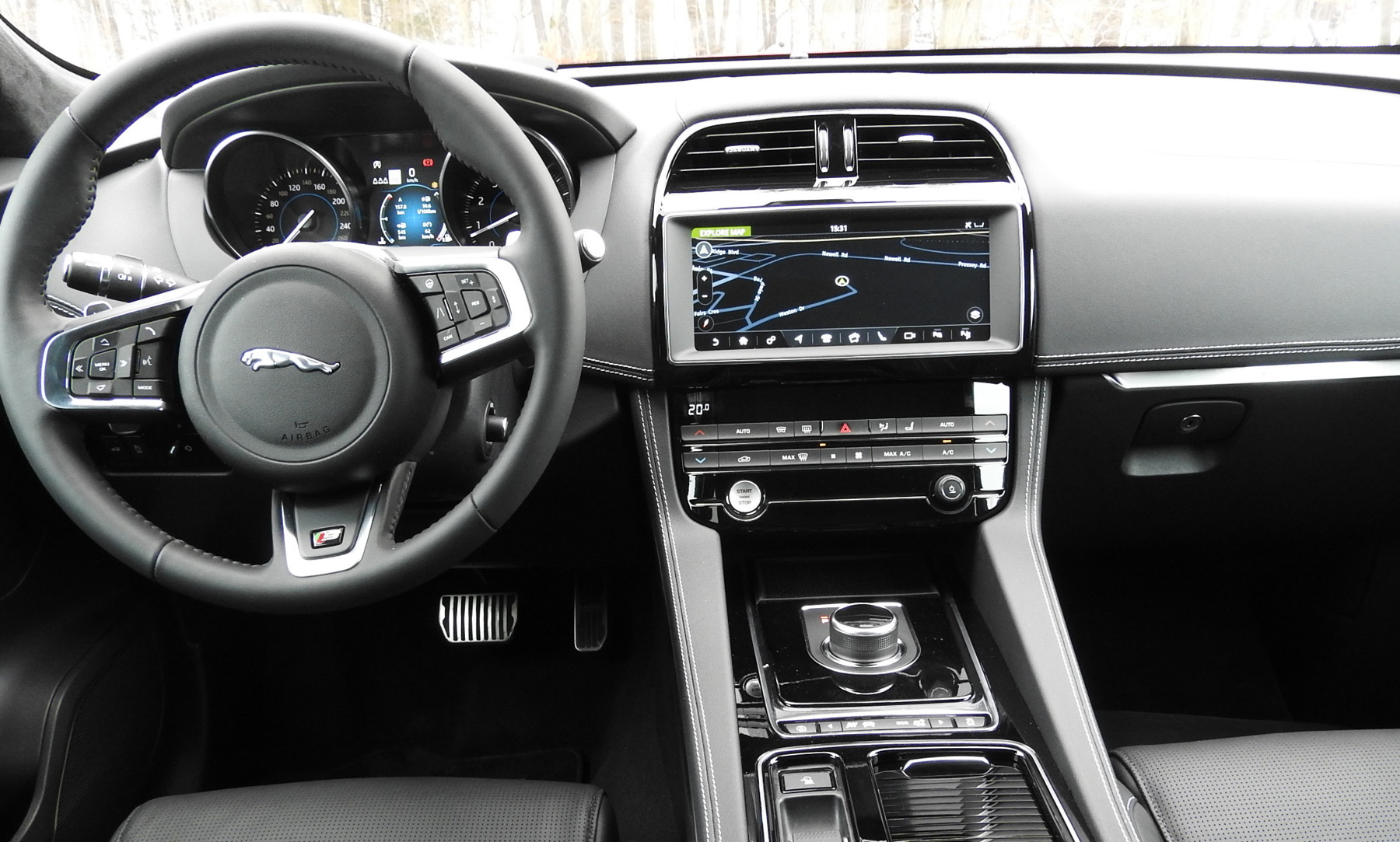 The front suspension is double wishbone with an integrated link system at the rear.

All-wheel drive in the F-Pace is on-demand. The system sends all of the engine’s torque to the rear wheels under normal driving conditions, but on low friction surfaces such as grass or mud, the torque is balanced 50:50 front and rear.

When conditions are changeable, torque can be distributed from the rear wheels to the front. The system acts so quickly that the switch from rear- to all-wheel-drive is done in 165 milliseconds.

Inside, the F-Pace is roomy and comfortable, front and back with space for five people. 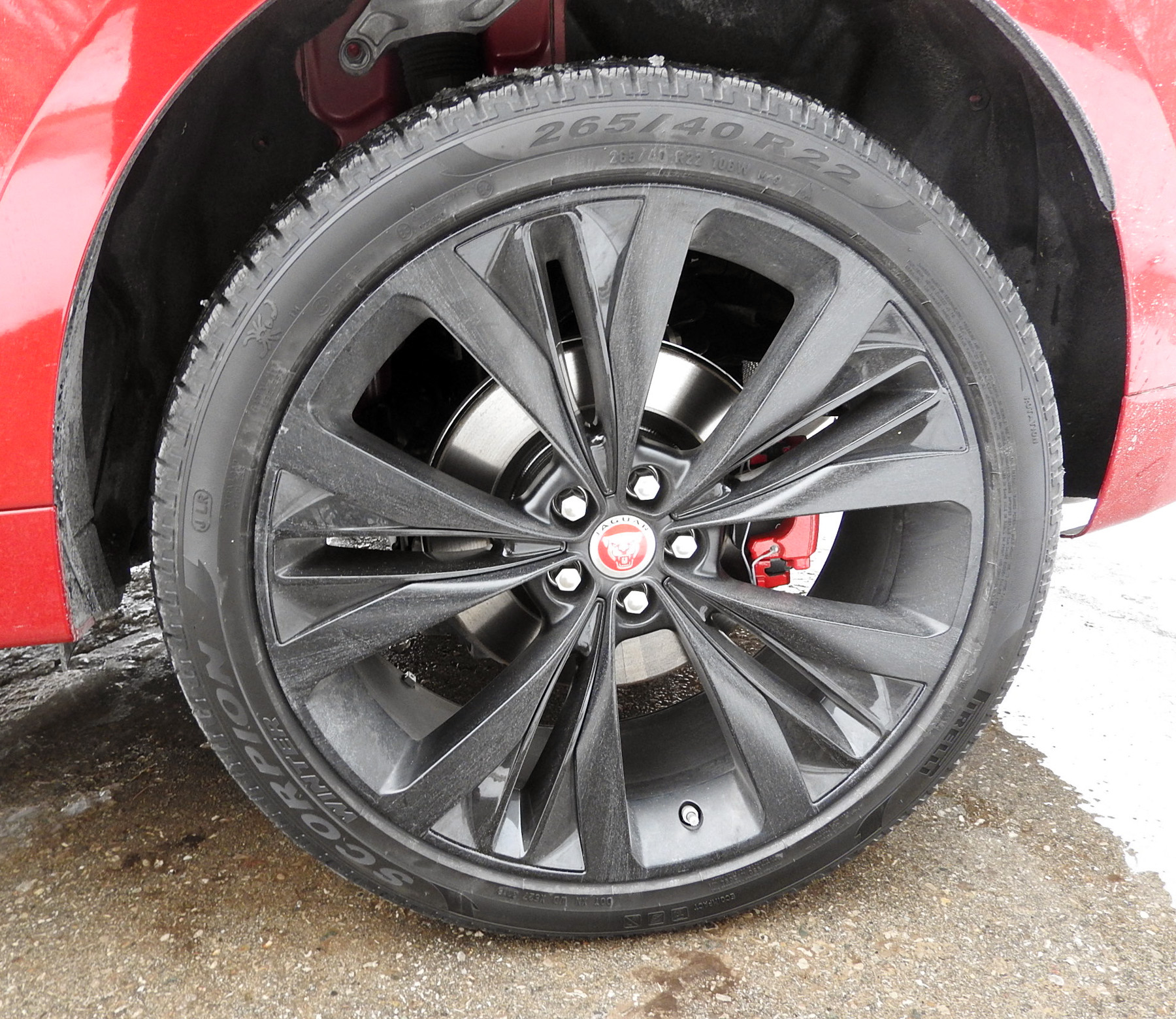 Legroom in the rear is generous even for a six-footer like myself. The rear seats are 40/20/40 split folding and they can enlarge on the 650 litres of cargo space when they are folded.

Outside, the F-Pace is every inch a Jaguar with styling that has been influenced by the F-Type sports car, according to Jaguar design director Ian Callum.

It has a firm, planted stance and handsome bodylines that make it a head-turner in any crowd.

No wonder the F-Pace has been a success story for Jaguar from the get-go. 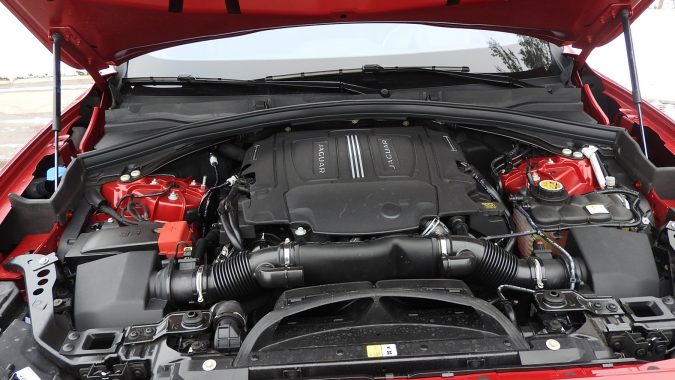 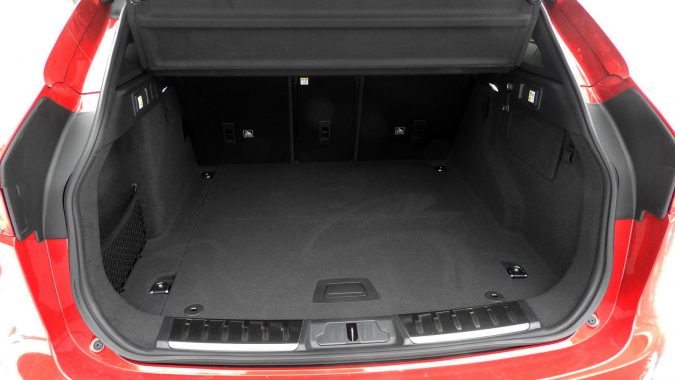