The Hyundai Veloster, among all sorts of rumour and innuendo that it may no longer be a thing after a 2018 hiatus, is back and all-new for 2019. It’s wider and longer than it was previously, comes with a turbo engine option from the get-go (the previous gen Turbo arrived a year after the car debuted) and gets the added pedigree of being the basis for the North American debut of the N Performance brand; the car you see here isn’t the Veloster N, but having sampled both vehicles in close succession, I can say that the Turbo model is a very good start.

Starting with the looks, we see a hatch that while larger than before, actually looks a little smaller and more taut thanks to some well-shaped fenders and bumpers as well as a bit of a chopped top; where the last car was kind of cool at first but became actually a bit bulbous as you spent more time looking at it, the ’19 version remained easy on the eyes throughout my week with it. The black wheels sure help, as do the red highlights on the front splitter; I wish there was a little bit more of this, actually.

Inside, it should be said, is typically Hyundai-ian in that while it has its pieces of flare here and there, it’s overall a pretty monochromatic place, especially on the dash. The heavy use of black plastic does take some getting used to, but the controls on the centre stack are well-aligned, easy to read, and easy to reach. Yes, there are the red highlights on the seat and steering wheel, but I never could quite shake the feeling that Hyundai slapped them on there just to say they did, as it would be a very dark place indeed otherwise.

The driver seating position is right on; the seats look well-bolstered and they are, but they’re only part of the equation. I liked the way the wheel fell into my hands even though I had to move my seat back to better accommodate my legs, and the same can be said for the gear lever (my car had a six-speed manual; a 7-speed dual clutch auto is also available). I especially like how they decided not to copy the red stitching found on the seats for the gear knob; I’ve always found that to be uncomfortable to the touch on longer drives. Instead, they’ve decided to match the red band found on the wheel (I wish this were at the 12 o’clock position as opposed to 6 o’clock, however) with a similar detail on the shift knob.

While it’s nice to have a third passenger door, the back seat is not a place I would ever imagine shoehorning in an adult for any length of time. It should be reserved for kids only, so the door does come in handy when it comes to fitting a child’s seat. You’ll find much more room in the Civic hatch (even the smaller Fit felt roomier to me, regardless of what the figures may say) or a Mazda3, however, so best keep that in mind.

It’s a good show that the driving position is so right on, though, because once out on the road, the Veloster is a fun place to be.

Being that I had the turbo 1.6L four on my car, I had 201 hp and 195 lb-ft at my disposal, which most will realize is right around what you’ll get from your Civic Si Coupe or…well, nothing else, really. This side of more luxurious stuff like the Mini Cooper, VW GTI or upcoming Mercedes-Benz A-Class, there isn’t much else that gets the turbo-four hatch formula now that the likes of the Ford Focus ST and Mazdaspeed3 no longer exist.

With just 1,355 kg to haul around, the Veloster gets up and at ‘em in short order, turning in what feels like a much sportier sprint from stop than I originally expected. I wouldn’t say it does it in a civil way, however; when you’re really on it, the engine and exhaust note – which aren’t bad, it should be said – will make sure you know it.

While initial shove is good, the Veloster does run out of breath a little as you reach higher revs; try as I might with different gear selections, shift times and so forth it never felt quite as linear as the Civic Si, or even the Si’s Sport sibling. The Veloster’s is a fun powertrain, if one that could still use a little tweaking – the Veloster N, for its part, is bonkers in the powertrain department so it’s pretty clear Hyundai wanted to differentiate between the two.

Less differential is the steering rack, especially if you’ve selected “Sport” mode via a press of a button mounted just ahead of the shift lever. Doing so plays with the throttle mapping, yes, but the steering is where you can really feel the difference.

At the outset, the steering rack is perfect for most hatchback buyers that will be spending their time in town doing slow, round town-y type movements. Activating “Sport”, however, changes the steering weight and response more perceptibly than I’ve ever felt at this level, the Veloster even giving some more performance-specific vehicles from Germany and Japan something to think about. Turn-in becomes that much quicker and while you can overload the chassis enough to reveal some significant body roll, that only really happens if you’re doing repeated weight transfer moves, such as when on an autocross track as I was for a portion of this test.

Out on the open road, however – even a slightly bendier one with more severe cambers – the Veloster’s handling dynamics are crisp, precise and above all, quite fun. This is a proper sporting hatch that can walk the walk.

Once you’ve managed to get all of that out of your system, the Veloster’s equipment allows you to sit back and enjoy it a little; I’m a big fan of Hyundai’s infotainment system as while it may not be the best-looking graphically, it is intuitive, has support for Apple CarPlay and Android Auto and is let down only by its somewhat low-res back-up cam. It’s no big deal, but as these items get more prevalent (and clearer) across the board, buyers will start to take notice of little things like that.

Not I, though. I’ll happily accept the blurry backup cam for what it is, and just thank Hyundai for providing a genuinely fun hatchback that gets a little added practicality with that third door and deep trunk, but above all provides the kind of performance and driver involvement hitherto restricted to more performance-specific sports cars or more seasoned entrants from the likes of Honda, Volkswagen and Mazda. 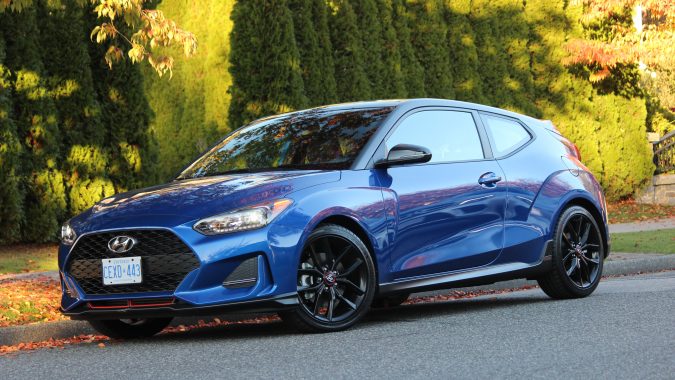 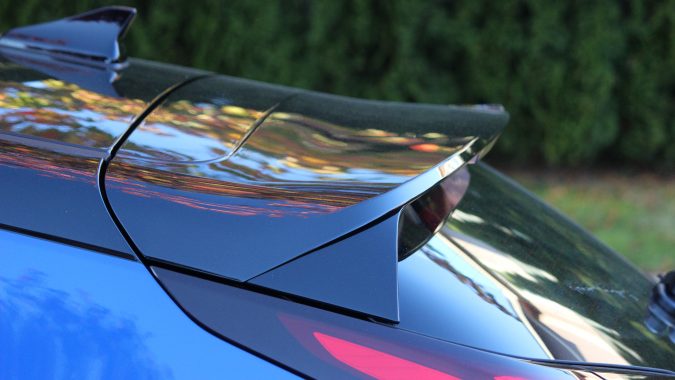 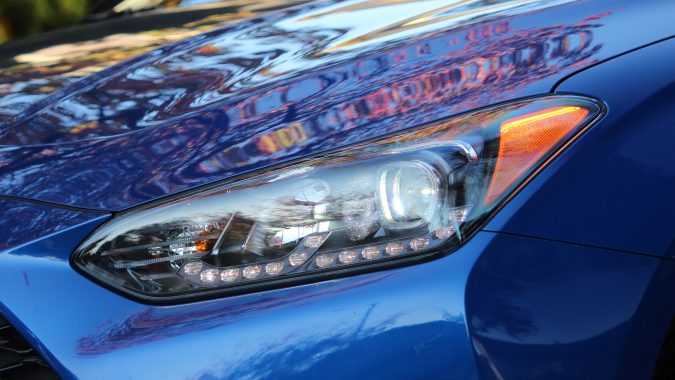 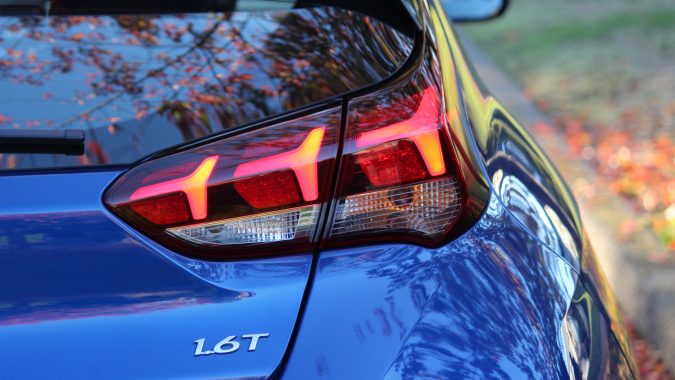 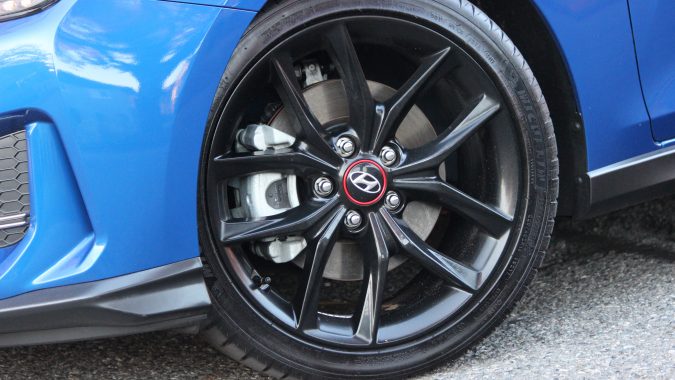 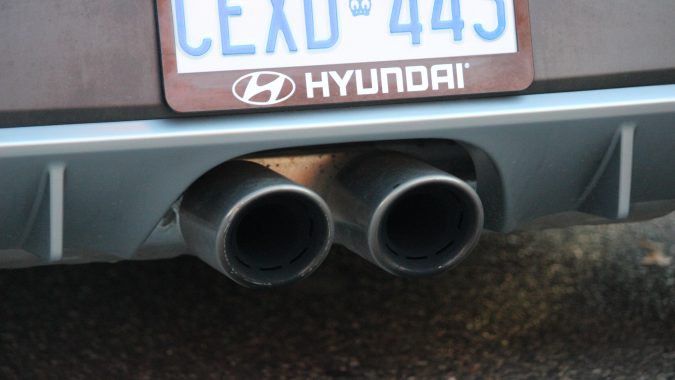 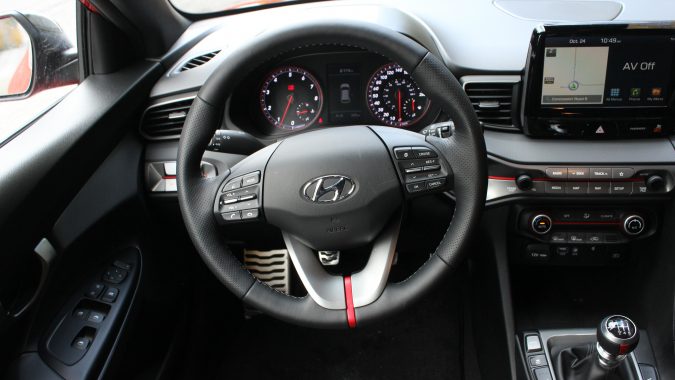 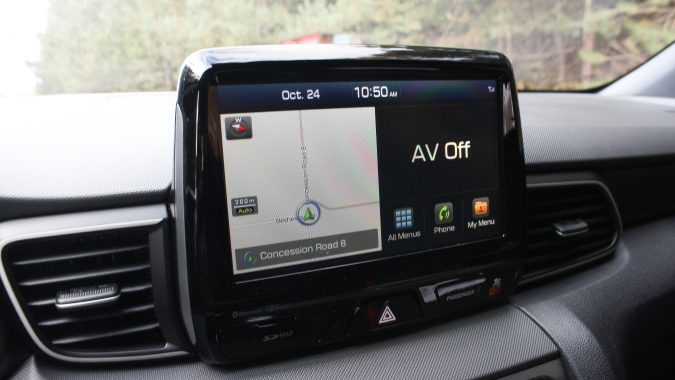 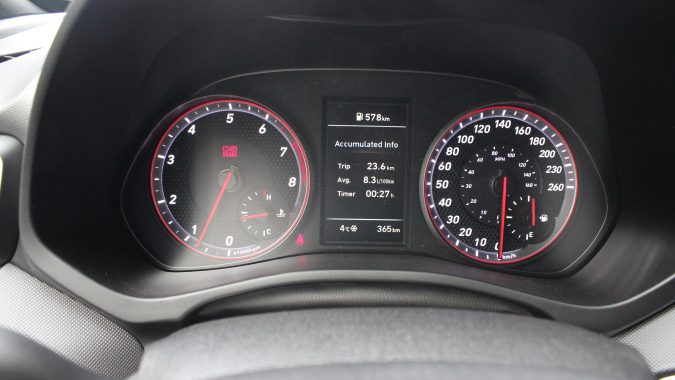 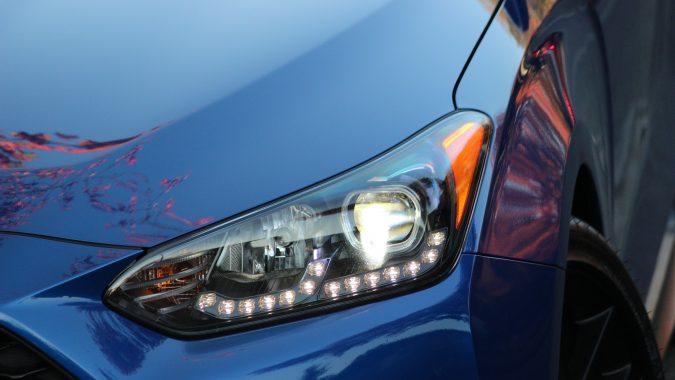 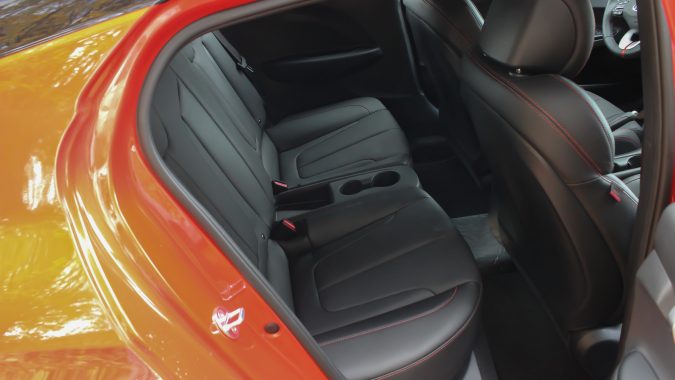 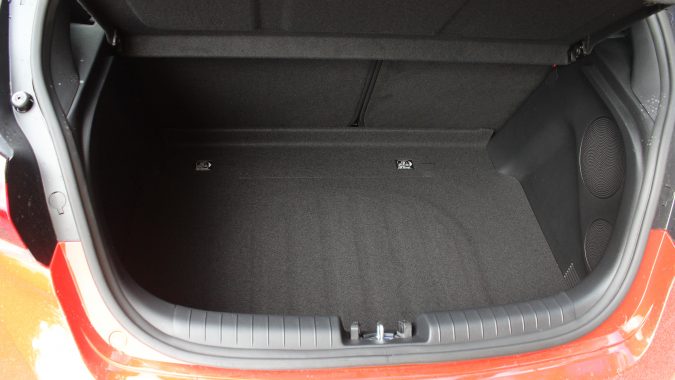