You may be looking at this shiny dark red SUV with the Honda badge and think, ‘hey, nice Pilot’.

Sure, it really looks like it, but no, it’s not a Pilot. It’s a Passport.

And if you don’t know what I’m talking about, don’t worry, it’ll all make sense soon enough.

If the Passport name sounds vaguely familiar, it’s because we’ve been down this road before.

Honda sold a mid-size Passport SUV over two generations between 1993 and 2002 that was essentially a rebadged Isuzu Rodeo built in an American Subaru plant and sold only in the U.S market. When production of the second-gen Passport ended in 2002, it was replaced with the first-gen Pilot which debuted in the same year as a 2003 model.

Not a Pilot, but close

Despite the differences in seating capacity, the Passport and Pilot are close in size. The Passport rides on a slightly shorter wheelbase (3 mm) and isn’t as long (152 mm) or as wide (17 mm), but it’s taller (41 mm) and a bit lighter than the Pilot (54 kg). Ultimately, the Pilot has more interior space, which makes sense as it is a seven / eight-seater, but the difference is relatively small: 3,072 litres of maximum cargo space for the Pilot versus 2,852 in the Passport. 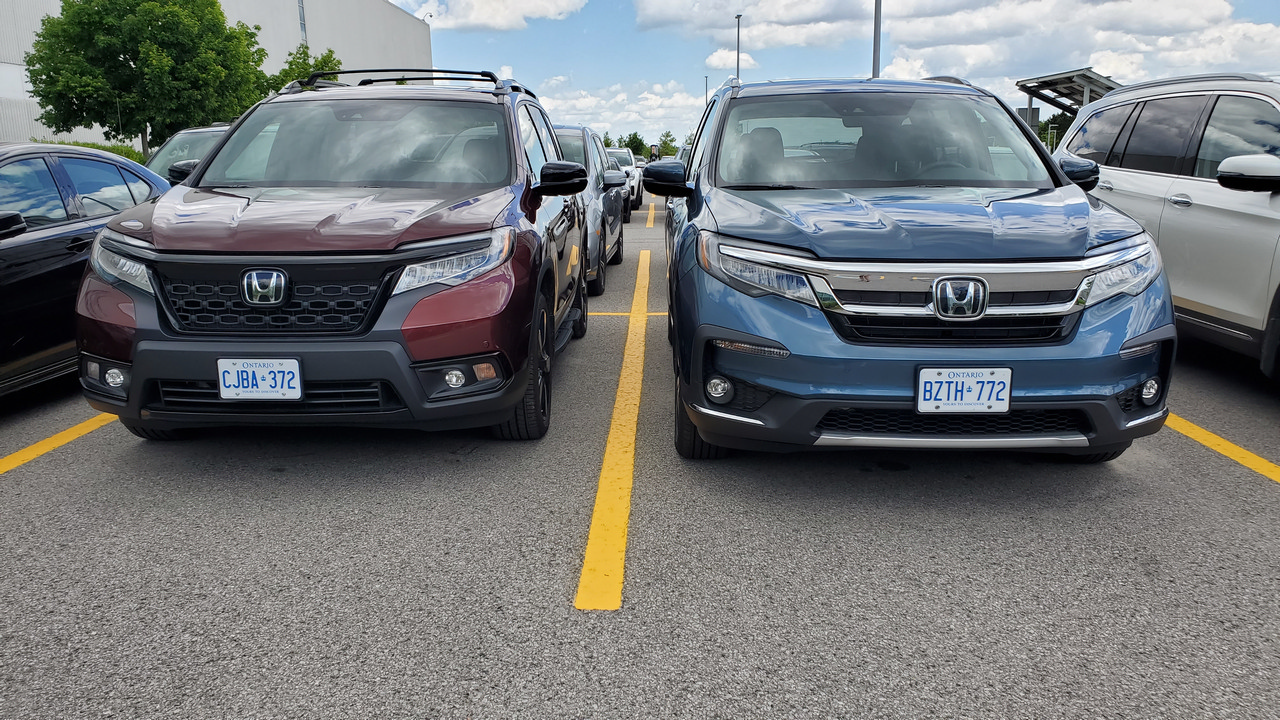 Slotting into Honda’s SUV lineup between the CR-V and Pilot, the Passport is available in three trims for the Canadian market: Sport, EX-L and Touring. For the purposes of this review, Honda Canada furnished me with a fully kitted-out Touring model finished in a burgundy shade of red known as Deep Scarlet Pearl. Standard equipment includes leather seating, heated and ventilated front seats, Wi-Fi hotspot, navigation, hands-free power liftgate, and more. Of note, Honda Sensing, the company’s suite of advanced safety tech is standard on all trims. 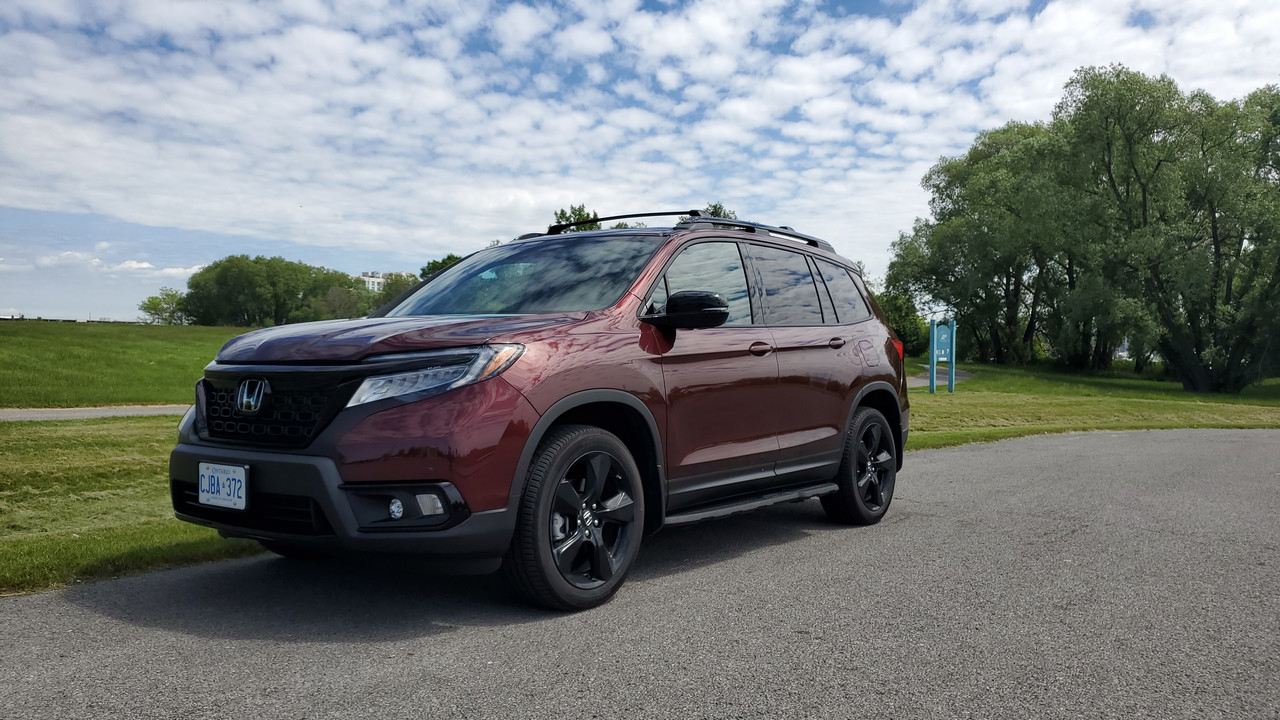 As mentioned, the Passport looks a like the Pilot, but if you see them parked beside one another the differences are noticeable. This was the case when I picked up my tester from Honda Canada, and I soon noticed the Passport has a boxier, more upright appearance than the Pilot. It also has a sportier look with its abundance of blacked out trim (grille, mirrors, wheels, etc.), whereas the Pilot has more chrome finishes.

I like the Passport’s rugged looks, which Honda says are aimed to appeal to active, outdoorsy consumers who like to go cottaging, hiking, and biking and need a vehicle that can carry and tow their gear. Bullseye for the Passport on that front.

On the inside, the Passport is comfortable, roomy and loaded with equipment and clever design touches. Its boxy design affords acres of headroom, while knee and legroom are also generous. The driving position, with its 10-way power adjustable seat, is ideal and visibility is very good due mainly to big windows that aren’t pinched off by a sloping roofline, another boxy advantage.

As for the overall design aesthetic, I generally like Honda interiors because logic usually wins out. Controls and switches are well designed, organized, and can be adjusted with a minimal amount of fuss. I’m not sure what else one could ask for, to be honest. Functionality should be job one with a well-sorted dash layout, not entertainment, and I’m pleased to see Honda hasn’t forgotten. 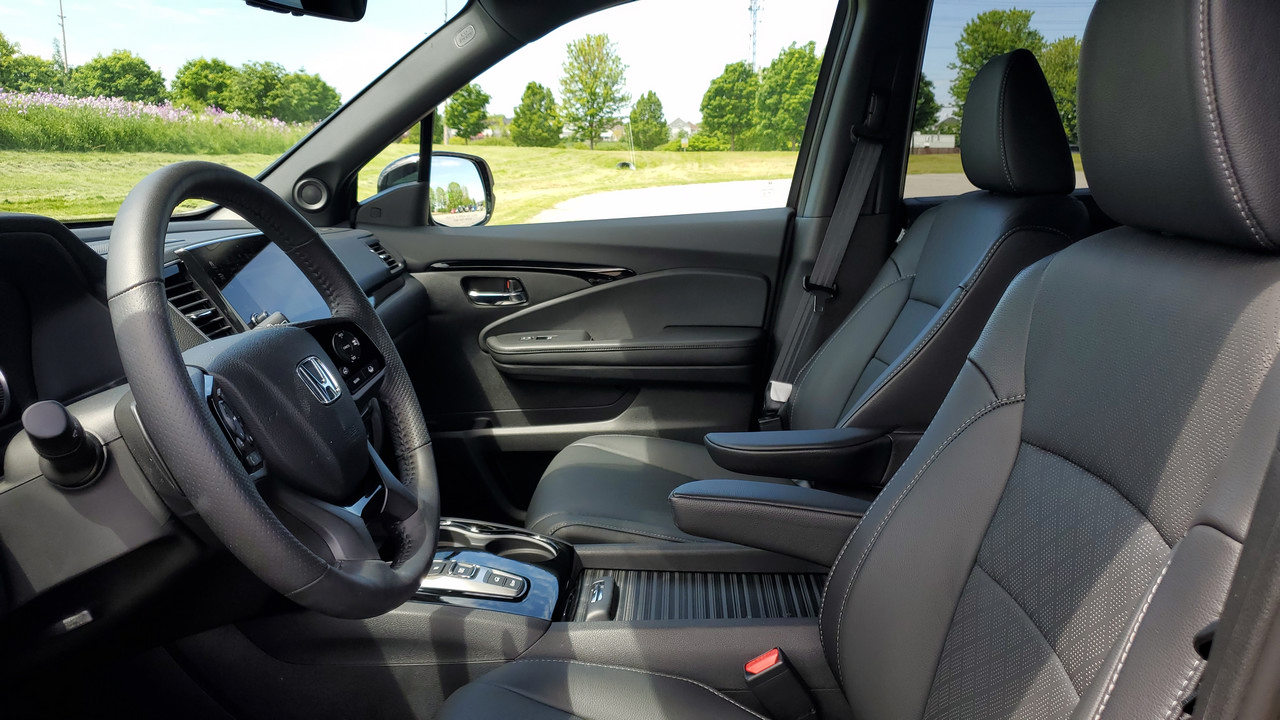 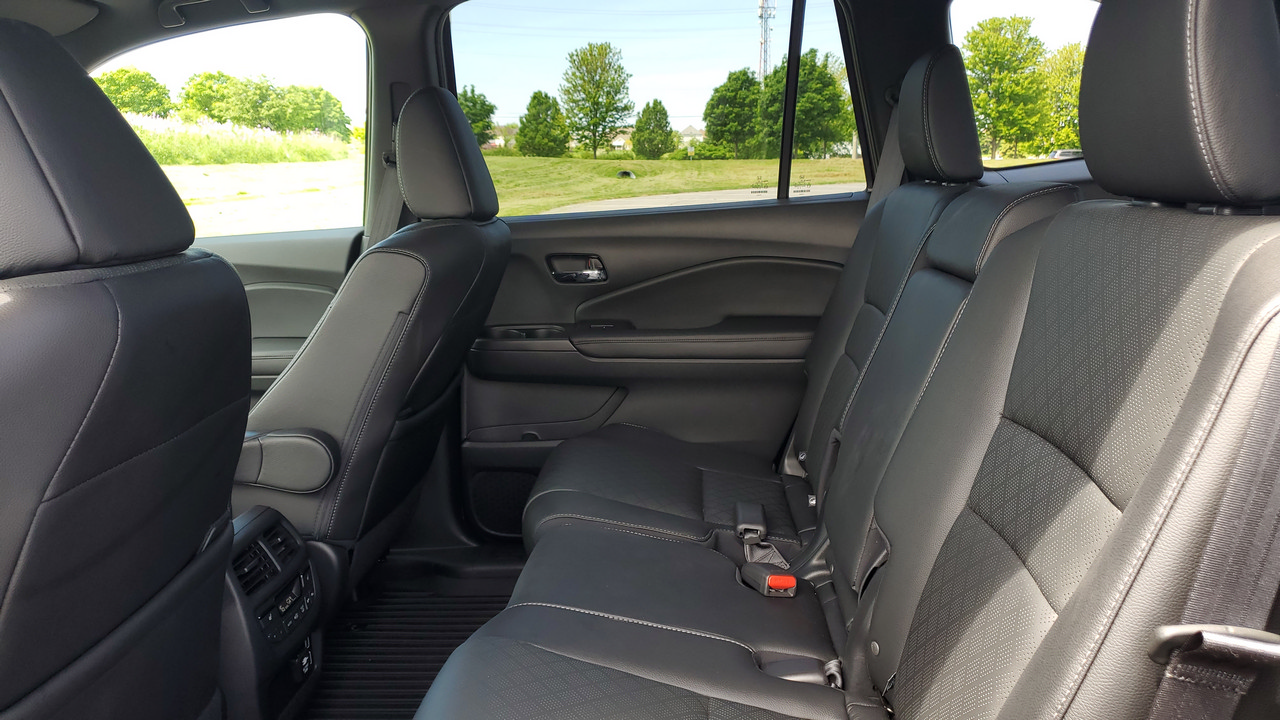 But don’t worry, the Passport still has a pretty, pin-sharp infotainment display, wireless phone charge pad, 7-inch driver information screen, Android Auto and Apple CarPlay, up to four USB charge ports and a whole lot more, especially in Touring trim where it’s all standard. Point being, if you want fancy tech, the Passport has it. But it also has hard-key climate controls, which I appreciate.

The Passport also scores well in the versatility department with its 60/40 split-folding rear seatbacks, and generous assortment of pockets, cubbies and various other storage options. The removable and washable storage bins located in the floor of the cargo area are especially thoughtful.

The Passport drives much like Honda’s other V6-powered offerings, the Pilot in particular. Smooth and comfortable, with enough power in reserve when you need it. A sport mode is available for the 9-speed autobox for those who want a sharper throttle response and a sportier shift pattern. Same goes for Honda’s ever-present Econ button if your priority is fuel economy over performance.

I left my tester in regular drive for most of my time with it and I found the ride to be quite enjoyable. The serene environment is aided by an acoustic windshield and side front glass, which is standard on Touring models. 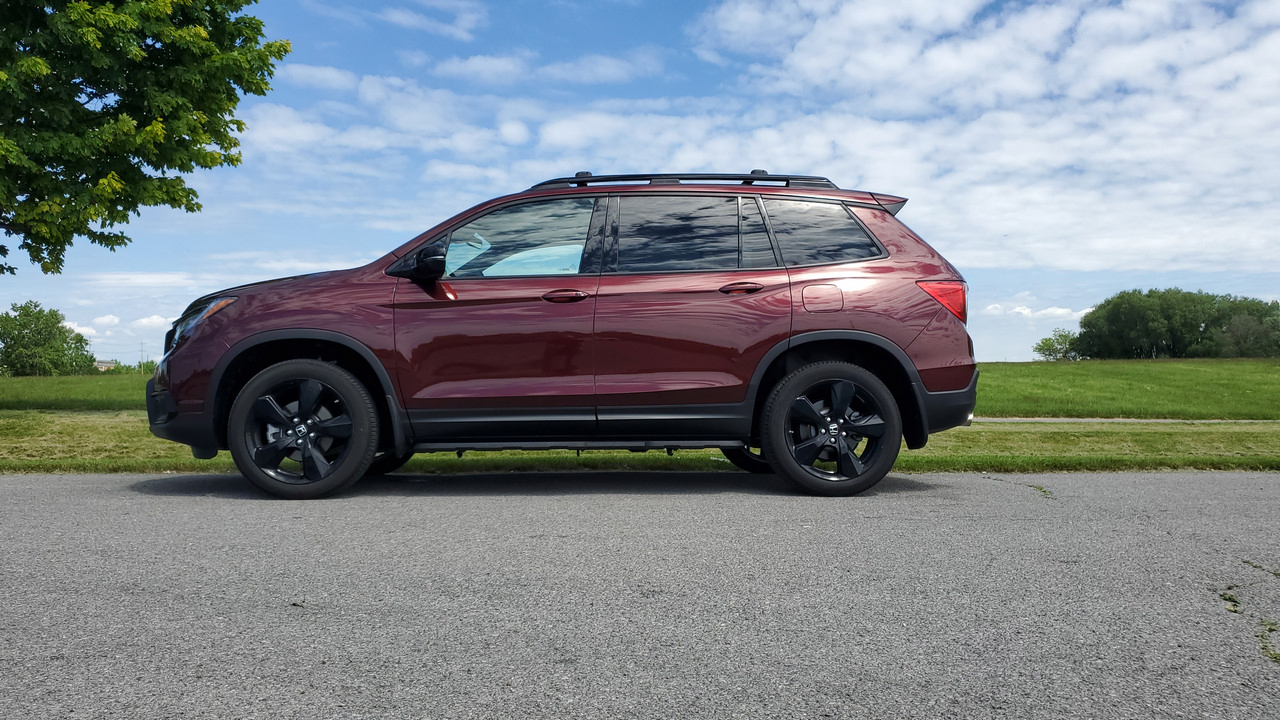 There’s not much else to say about the drive because it’s a mid-size SUV designed for routine driving situations. No one’s buying a Passport for acceleration, steering feedback, and turn-in response, although I thought all were in the acceptable range for a vehicle of this type.

As for capability, all Canadian-market Passports have a standard tow rating of 3,500 lb., which can be increased to a maximum of 5,000 lb. I didn’t tow anything during my test drive, but those figures should serve the needs of most in the Passport targeted audience.

After spending almost two weeks in the Passport, I came away impressed. I quite like its rugged character, well-equipped interior, versatility and generous, but not gargantuan, proportions. Credit Honda for sticking with a proven platform in that regard.

On the downside, I think its barrier to entry is a bit high (starting MSRP $41,990) and it looks a bit too much like the Pilot, but I concede these points are subjective.

Honda had a big hole in its lineup between the CR-V and Pilot that was bound to be filled eventually given North America’s seemingly unquenchable thirst for SUVs, and with the Passport, they likely have another sales leader on their hands. 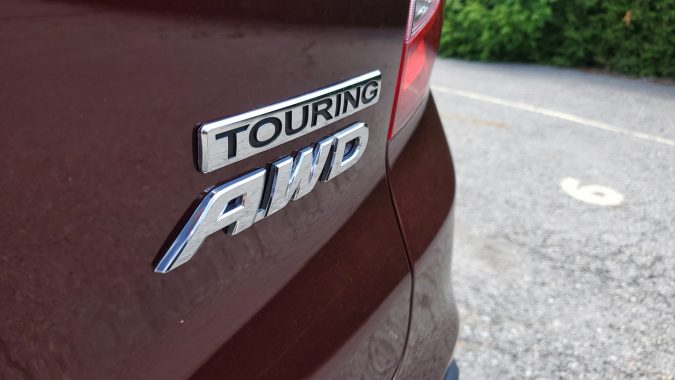 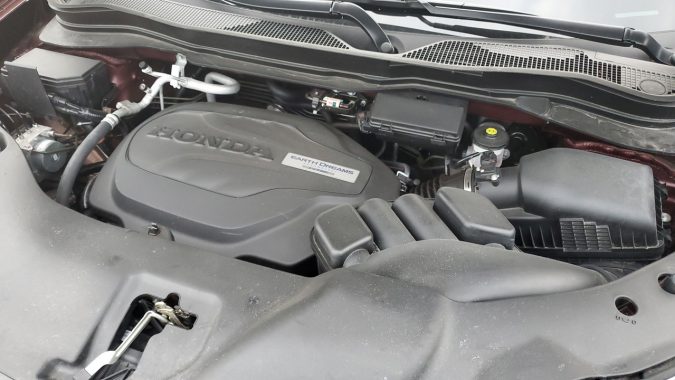 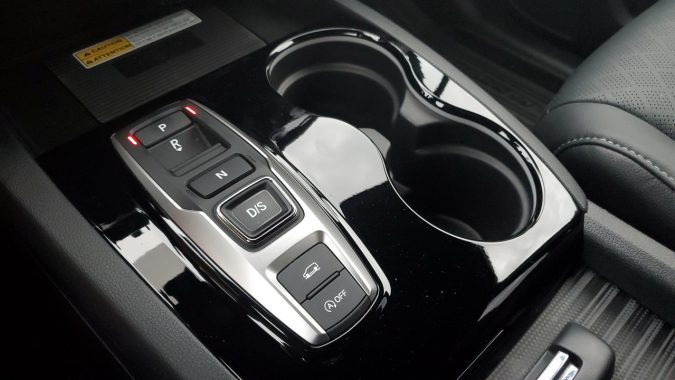 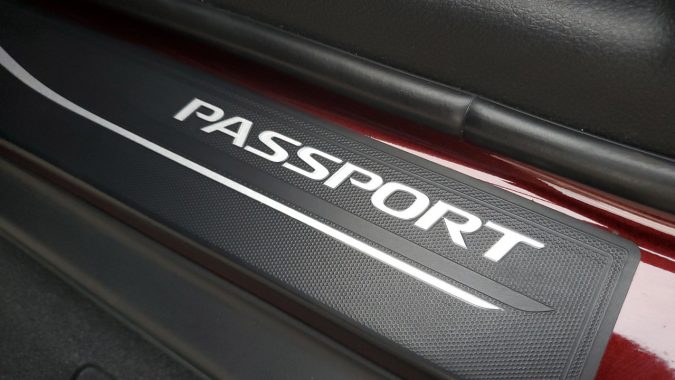 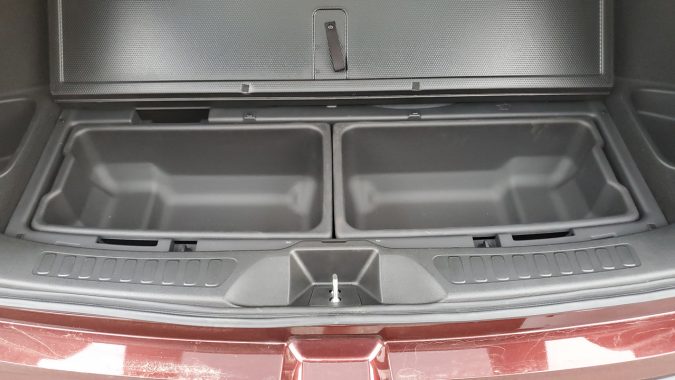 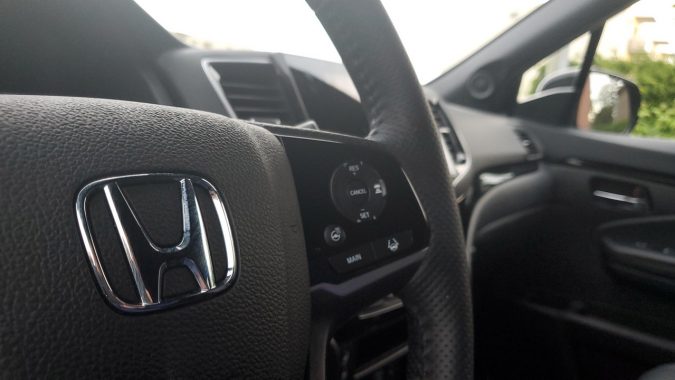 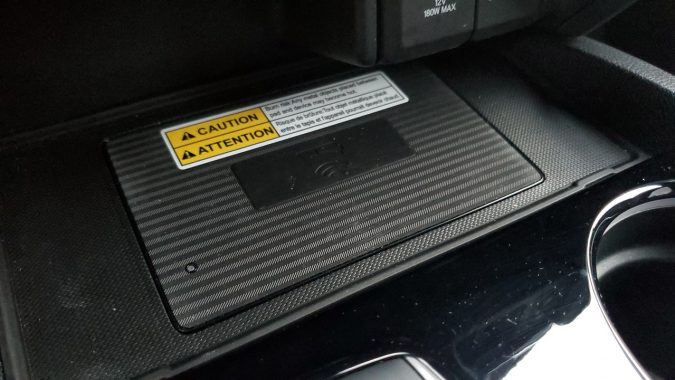 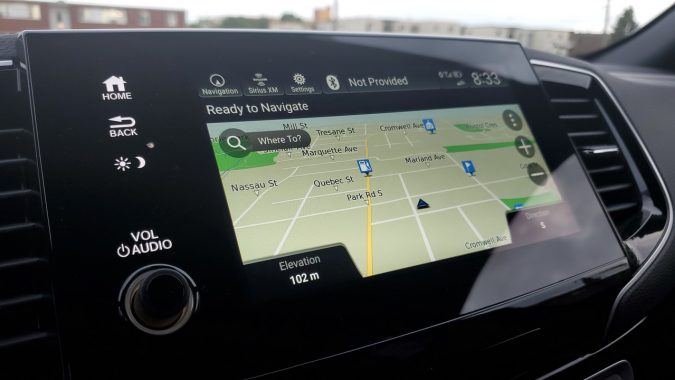 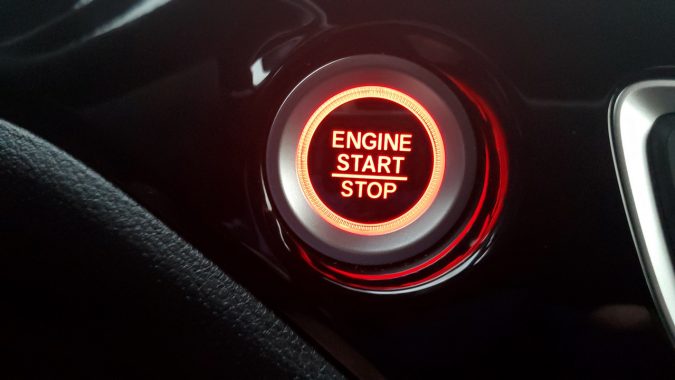 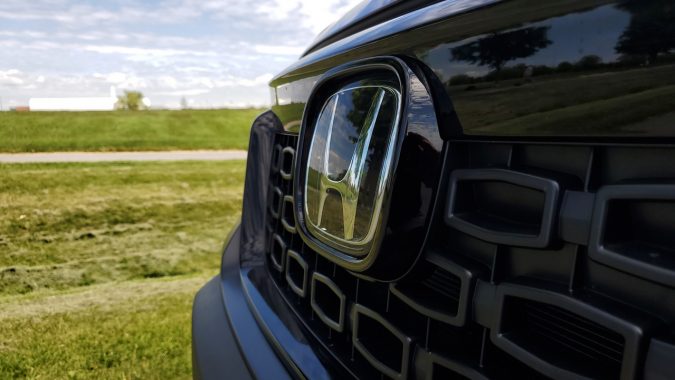 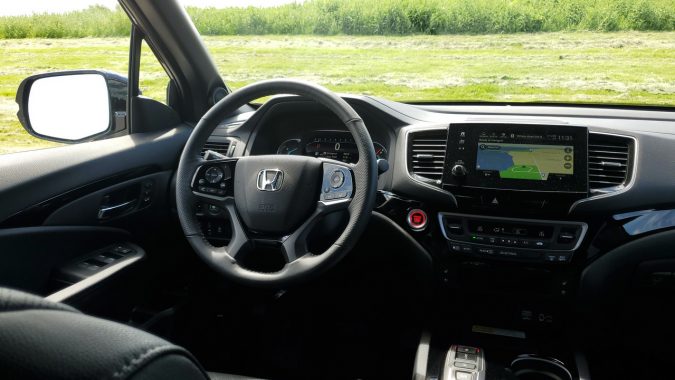 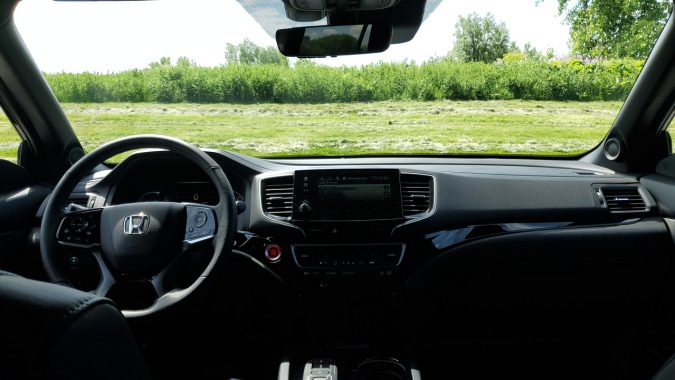 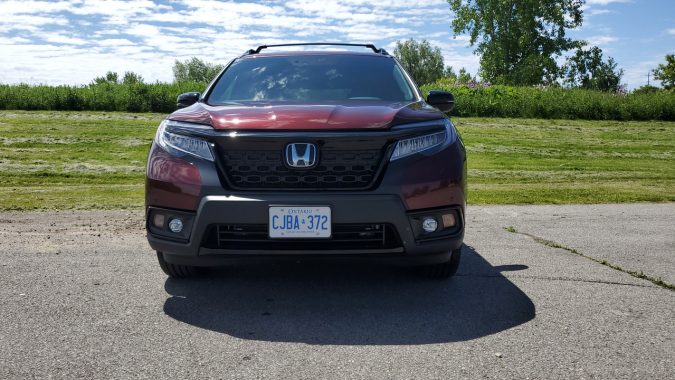 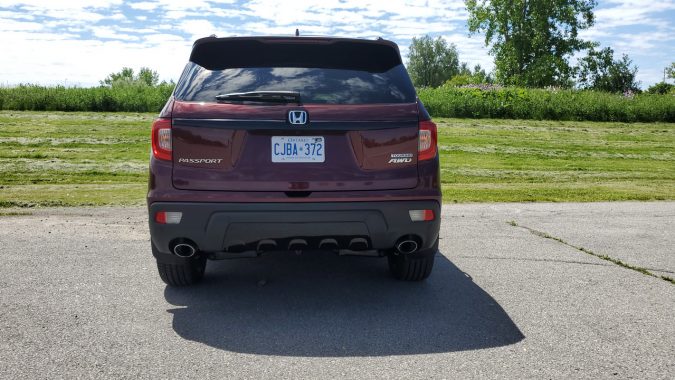