Off the Road Again

Pickup trucks have long usurped the luxury coupe as the vehicle of choice for extroverted personal expression. The selection of trims and features available on these Cowboy Cadillacs rival the variety found in the sprawling pre-packaged foods aisle at Costco.

Gearheads have been modifying pickup trucks for ages, adding lift kits and bigger tires in an effort to out-bro their trail buddies. Manufacturers, keen to exploit any new avenues of profit, have latched on to the idea of factory trail busters with the tenacity of a German Shepherd latching on to their favourite soup bone.

First out of the gate was Ford, of course, with the F-150 Raptor. Not long after, Ram saw seized on the opportunity to offer a truck that had a portion of the Raptor’s off-road cred but much of its swagger. It’s the latter segment in which the Silverado Trail Boss finds itself, offering a dose of off-road aggression without tearing a Raptor-sized hole in your bank account.

Trail Boss, itself one of eight trims available on the 2019 Silverado, is offered in two flavours: Custom and LT. Eagle-eyed car spotters will easily be able to tell them apart, with the Custom deploying stacked halogen headlamps while the snazzy LT draws from the narrow-eyed Camaro school of styling. The cheaper Custom starts at $46,200 when equipped with a 4.3L V6 engine (that’s the one you don’t want) while our LT-grade tester started at $54,500. 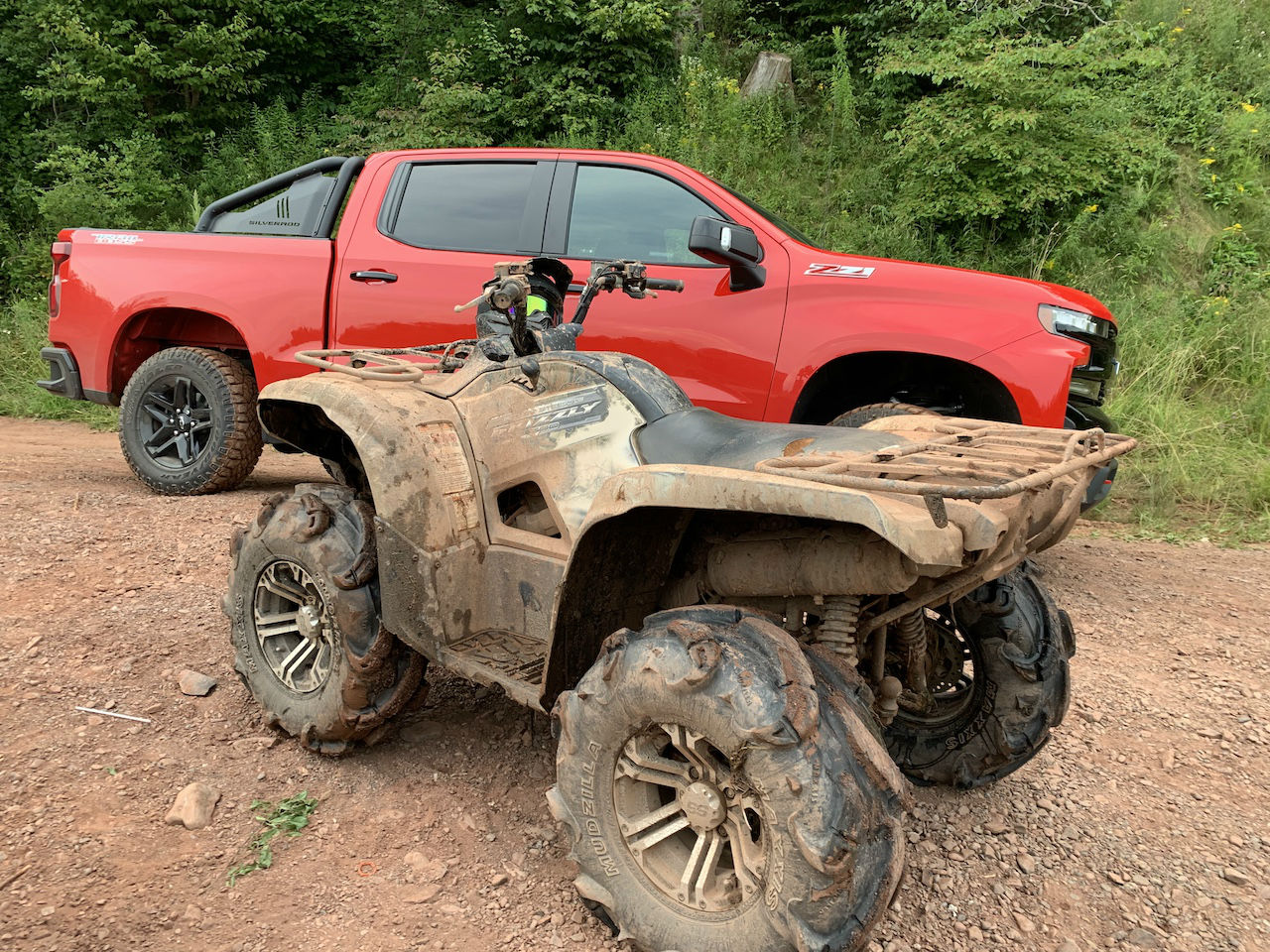 We’ll take this opportunity to inject a modicum of buying advice and explain why it is important for shoppers of the 2019 Trail Boss to know there are two significant powertrain differences between V8-equipped Custom and LT trucks. The cheaper Custom has the 355hp 5.3L V8 with Active Fuel Management (AFM) and a six-speed automatic. LTs get the same displacement and horsepower but with Dynamic Fuel Management (DFM) and an eight-speed box.

What’s the diff? AFM allows the engine to shut down half its cylinders in a bid to save fuel. DFM, on the other hand, can halt cylinders in a variety of combinations, which, combined with two extra cogs in the gearbox, makes for even further fuel savings.

Speaking of, fuel economy is about what one would expect for a full-sized pickup that spent most of its week bounding over off-road obstacles. Swilling 101L of regular test over the span of 700km equates to an economy figure of 14.4L/100km, a sum that is in line with its official nrCan rating of 13.7L/100km in combined driving conditions.

You’ll need the extra pocket change, as this is a spendy truck, checking in at an eye-watering $71,845 including options and a destination charge. Big ticket items include a $3195 performance upgrade package and a $3555 off-road appearance group. The former, which includes a performance air intake system and cat-back performance exhaust, provides the guttural growl which makes this truck sound like Chewbacca on a bad fur day. The latter is completely superfluous, adding the bed-mounted sport bar and running boards you see in these pictures. 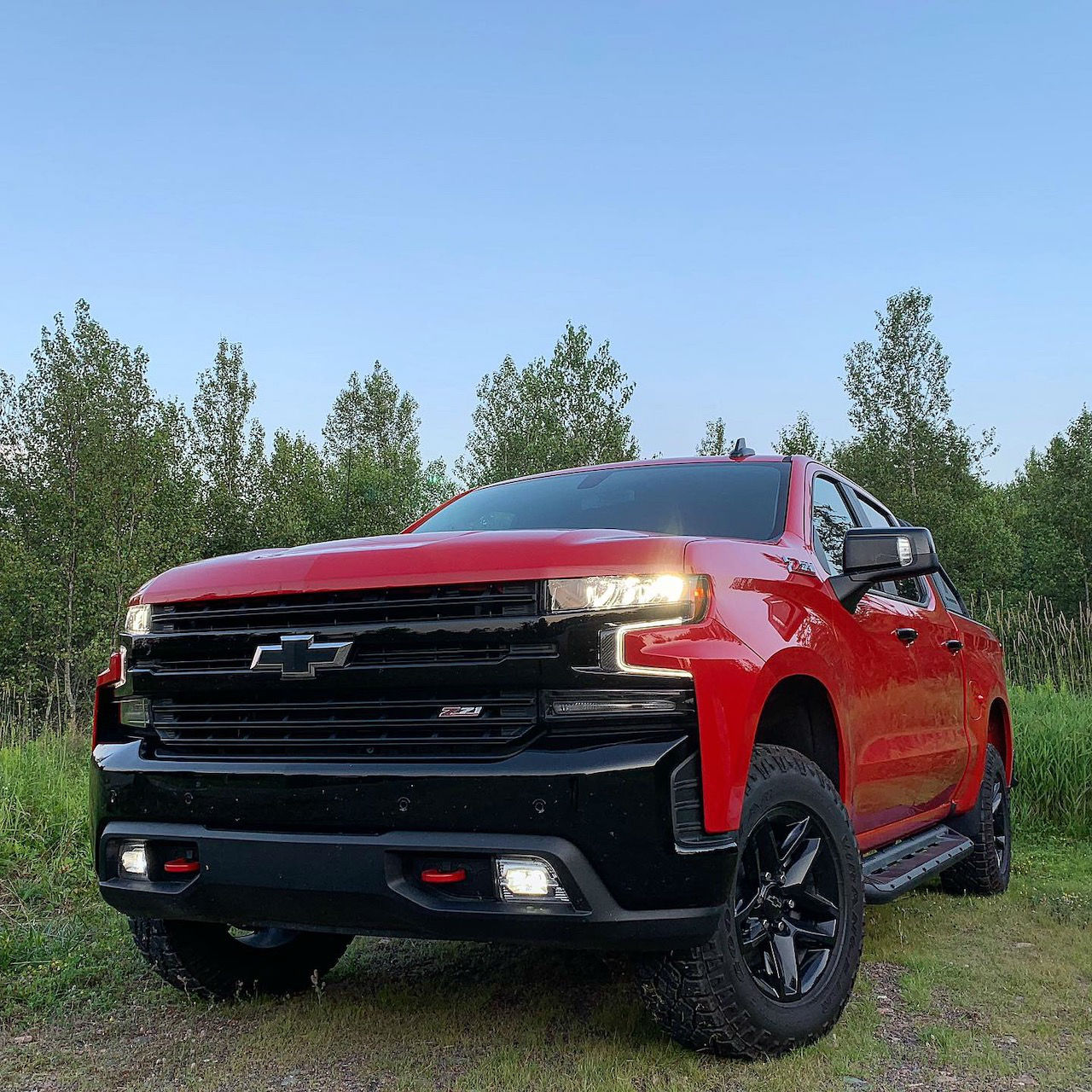 The smart buyer will leave both these options on the cutting room floor, especially since Chevy will be offering the hand-of-god 6.2L V8 in the LT Trail Boss for model year 2020. Given the same amount of cash, your author would take this bigger engine every day of the week and twice on Sunday. All 2020 LT Trail Bosses will also get the brand’s excellent 10-speed automatic, yet another reason to select it in the upcoming model year.

This current eight-speed is an agreeable ‘box, much better than the old six cog unit but that’s damning with faint praise. Why? Well, other things that are better than the 5.3L V8/six-speed combo in GM trucks include having Ebola and being on fire. Your author should know; his 2018 Sierra on which he agreed to send GM 24 lease payments is equipped with that drivetrain. The new eight-speed shifts smoothly, compared to the six-speed which executes a two-one downshift with the subtlety of being attacked in the head with a claw hammer. Next year’s ten-speed should be several orders of magnitude better again.

Silverado’s interior is, with the best will in the world, familiar. There are no gee-whiz Jumbotron screens or oh-wow trailer backup assists on board in this LT Trail Boss. Instead, one will find a logical and sober set of gauges, sensible centre stack with responsive infotainment, and a steering wheel that’s finally centred in front of the driver. What one won’t find in our tester is wireless charging and power pedals, inexcusable omissions for a truck priced north of seventy large. The rumour mill is rife with speculation that a new cabin will appear in 2021.

Carping has also been recorded in various dusty parts of the internet about Silverado’s styling but you wouldn’t know it based on the attention this thing received during its week with us, which could be just as much an indictment of the demographics of my town as it is on Chevy’s design choices. Your author is a fan of the Trail Boss look, especially in this Red Hot hue. 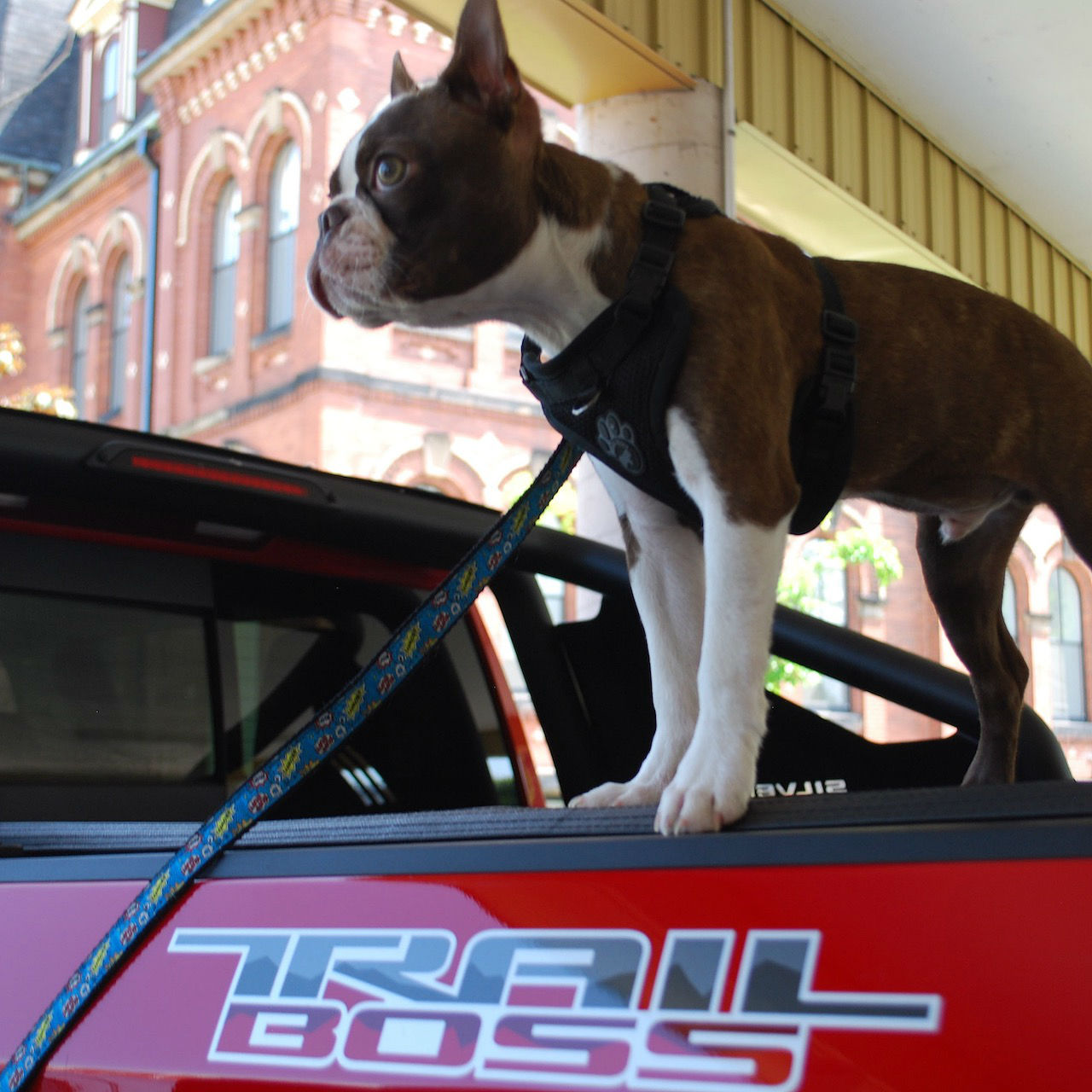 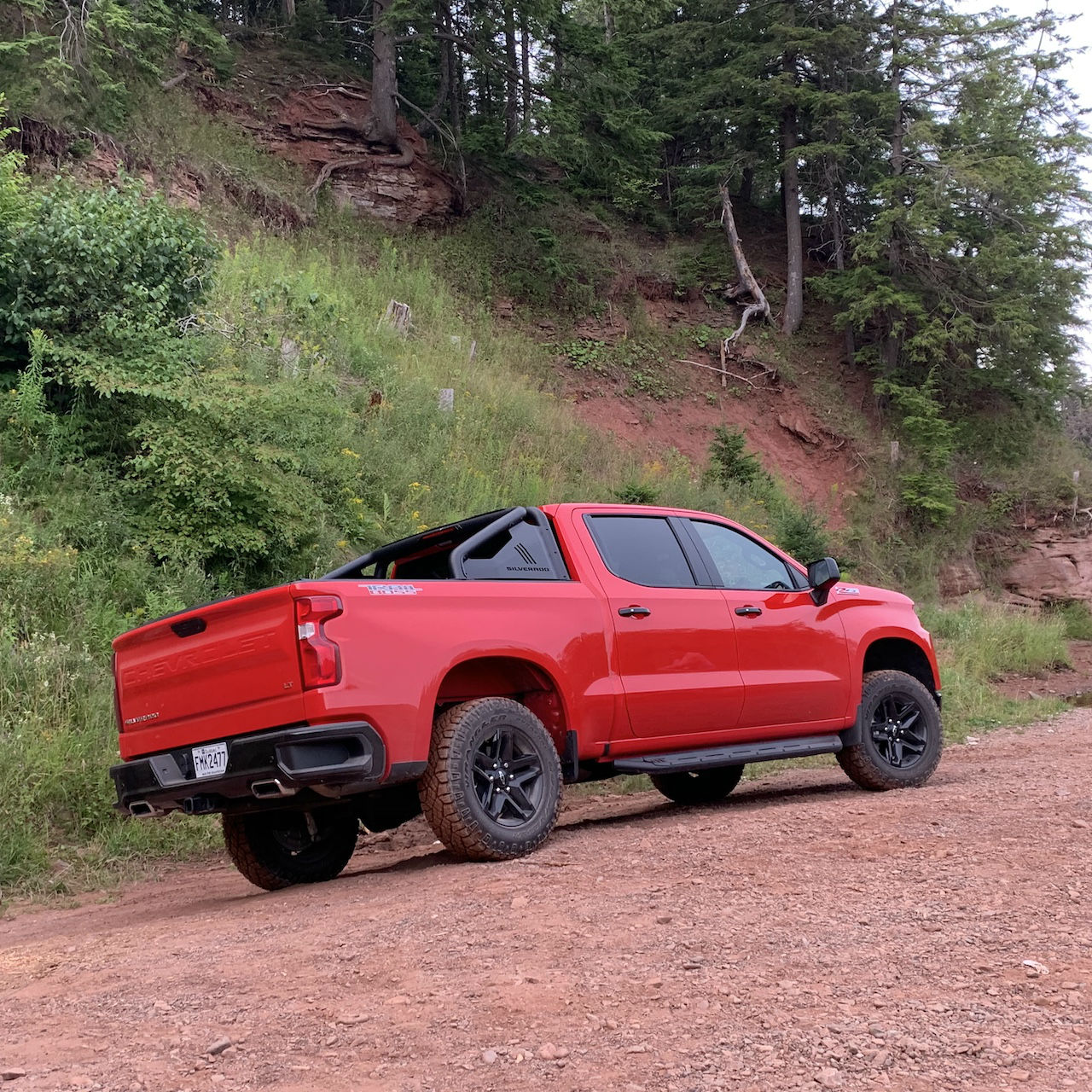 That off-road sport bar might be pricey but it won lots of friends, including a couple of locals out for a rip on a pair of well-worn four wheelers. Those aggressive Duratrac tires, Rancho shocks, and factory two-inch lift give the thing a mean stance well in line with Ram’s popular Rebel. This is a good looking truck.

Fun fact: Chevy engineers told me last year at the truck’s launch that it is possible, though not advertised, to have the Trail Boss off-road equipment installed on any trim in the Silverado line. The thought of a High Country Trail Boss appeals greatly to this author, as I’d imagine it would to many other well-heeled truck buyers. Memo to Chevy: do it.

Don’t expect to find a trick tailgate on this Silverado, as corporate cousin GMC is currently refusing to share its toys. Knowing this cool feature resides in the company pantry but not being able to access it is like visiting a BBQ restaurant while on a physician-ordered vegan diet. You know the good stuff is there but you can’t have it.

With the addition of the mighty Corvette-derived 6.2L V8 and 10-speed automatic on the LT Trail Boss trim for 2020, the truck will finally have a mouth to match its trousers. That option will give the truck a good power advantage over the Rebel and, despite the latter’s high-zoot interior, will be more than enough for some extroverted gearheads to select it as their off-road display of personal expression.

The lease on your author’s Sierra ends early next year. 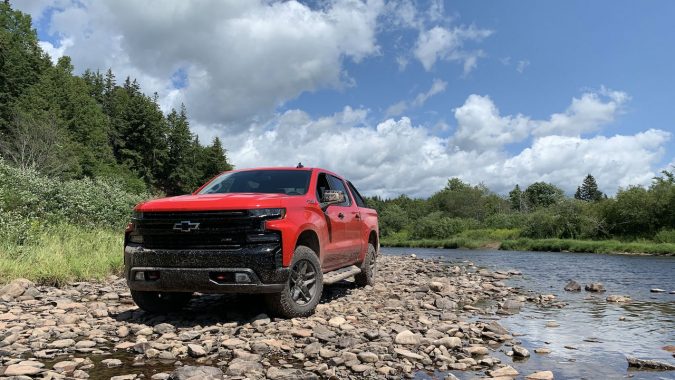 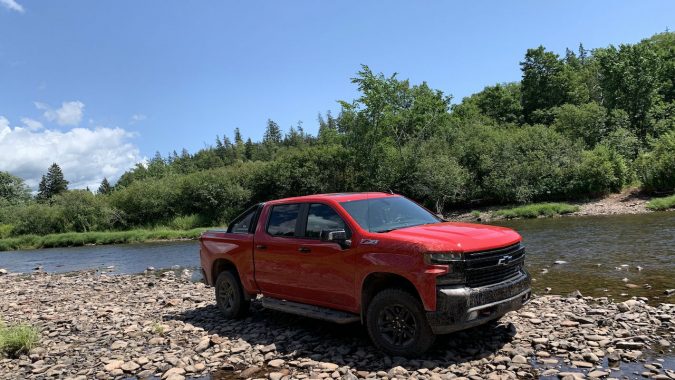 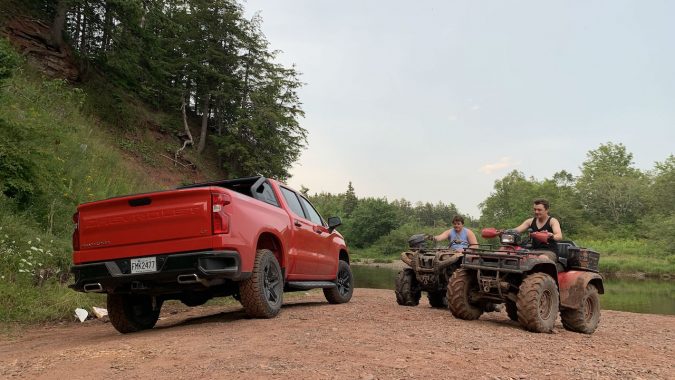 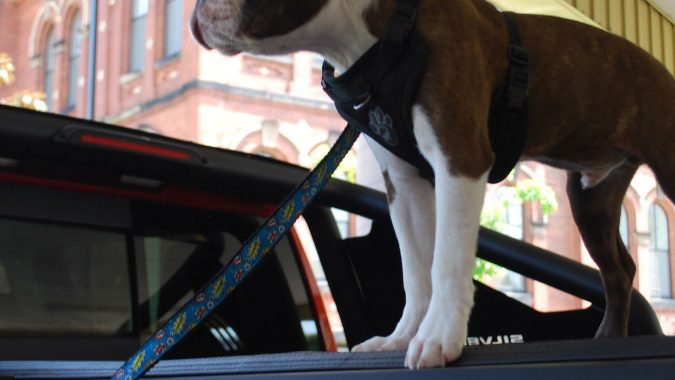 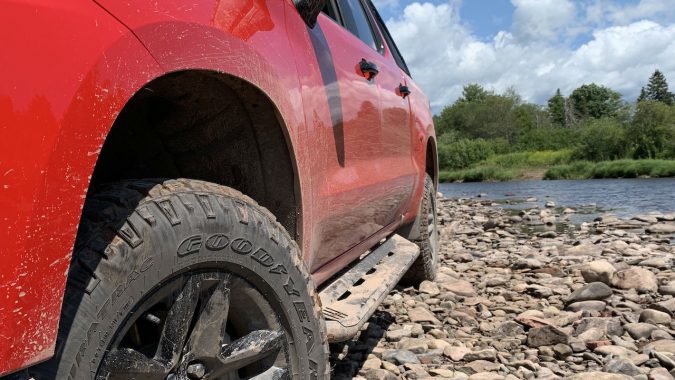 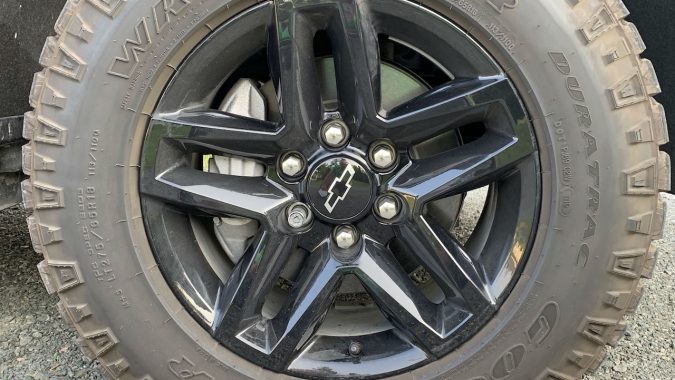 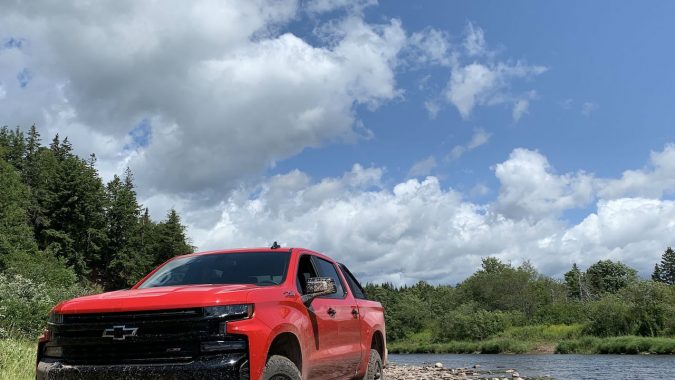 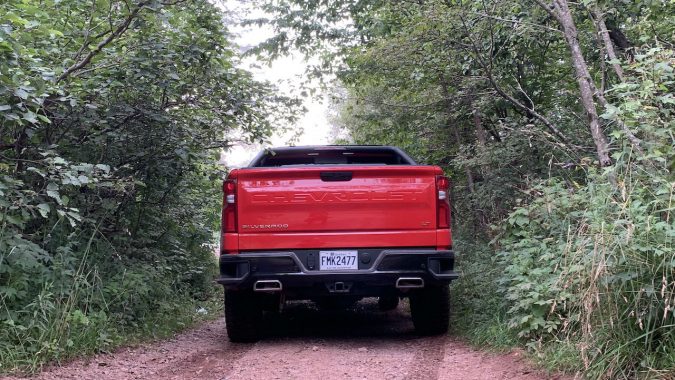