Another one bites the dust.

Just 10 years into its life, Chevrolet’s small sedan has met what some would consider an untimely end, borne at the hands – er, wheels? – of the increasingly almighty SUV.

Perhaps, like that bit of misremembered Shakespeare I just employed, it was always poorly understood.

I mean, it had an available diesel, for goodness sake. In a small car at a reasonable price point, that’s basically unheard-of. You’d think that the scorned Volkswagen devotees would have converted in droves.

Plus, the whole thing feels premature, doesn’t it? Small car sales were down around 8 percent in Canada in 2018, depending on how you count, and the Cruze was the segment’s fourth-best seller, losing only 2.4 percent. It was ahead in a downturn; plenty of automakers see this as a good thing. And we keep hearing that SUVs are going to be branded as old-people cars any time now and sedans will make a resurgence with a flourish.

But, sadly, right now the Cruze is driving off into the sunset anyway – most equipped with underpowered 1.4-litre turbocharged gasoline engines and sluggish six-speed automatic transmissions – and other automakers are left to sweep up the confirmed small car buyers that GM and Ford have set adrift.

And what if there are deals to be had as a result? It’s possible. Dealerships aren’t going to want to have these sitting on their lots forever. If that’s your line of thinking, there are a few things you should know before you sign.

The RS Package is Entirely Visual 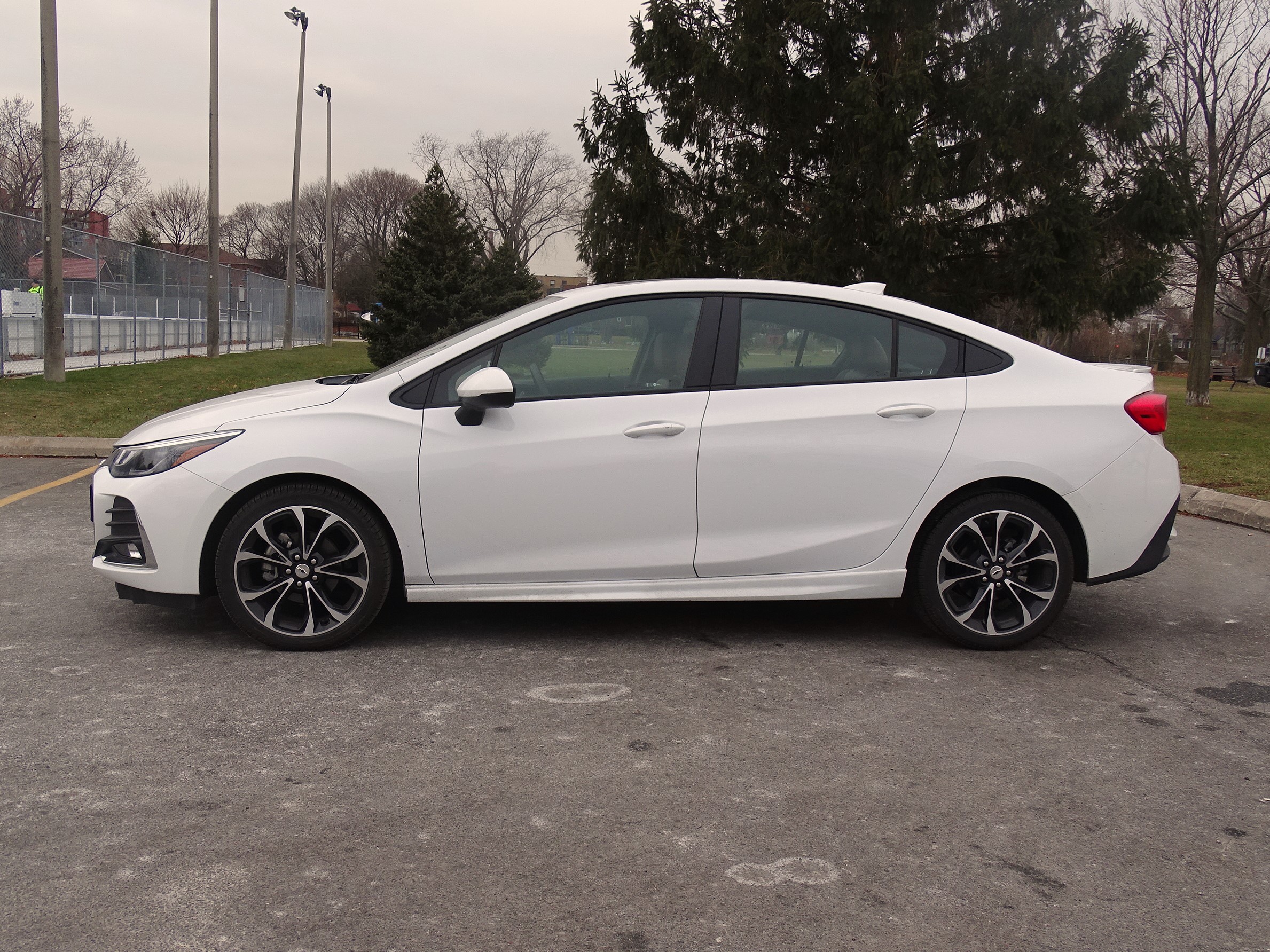 There’s an RS package available that can be equipped with the LT or Premier trims. For $1,095, it gets you a wheel upgrade – and on the Premier model shown here, that means 18-inch tires with machined black aluminum wheels – plus unique front and rear fascias and rocker mouldings, front fog lamps, a rear spoiler, black Bowties all around, and an upgraded rear suspension with a Z-link compound crank if you opted for something below a Premier model, where it’s already standard.

This is all well and good, and it does look sharp on walk-up. But in terms of actually enhancing performance in any meaningful way, in this case, the RS badge doesn’t do much. A Honda Civic Si, it is not.

The Gas Powertrain Isn’t the Greatest 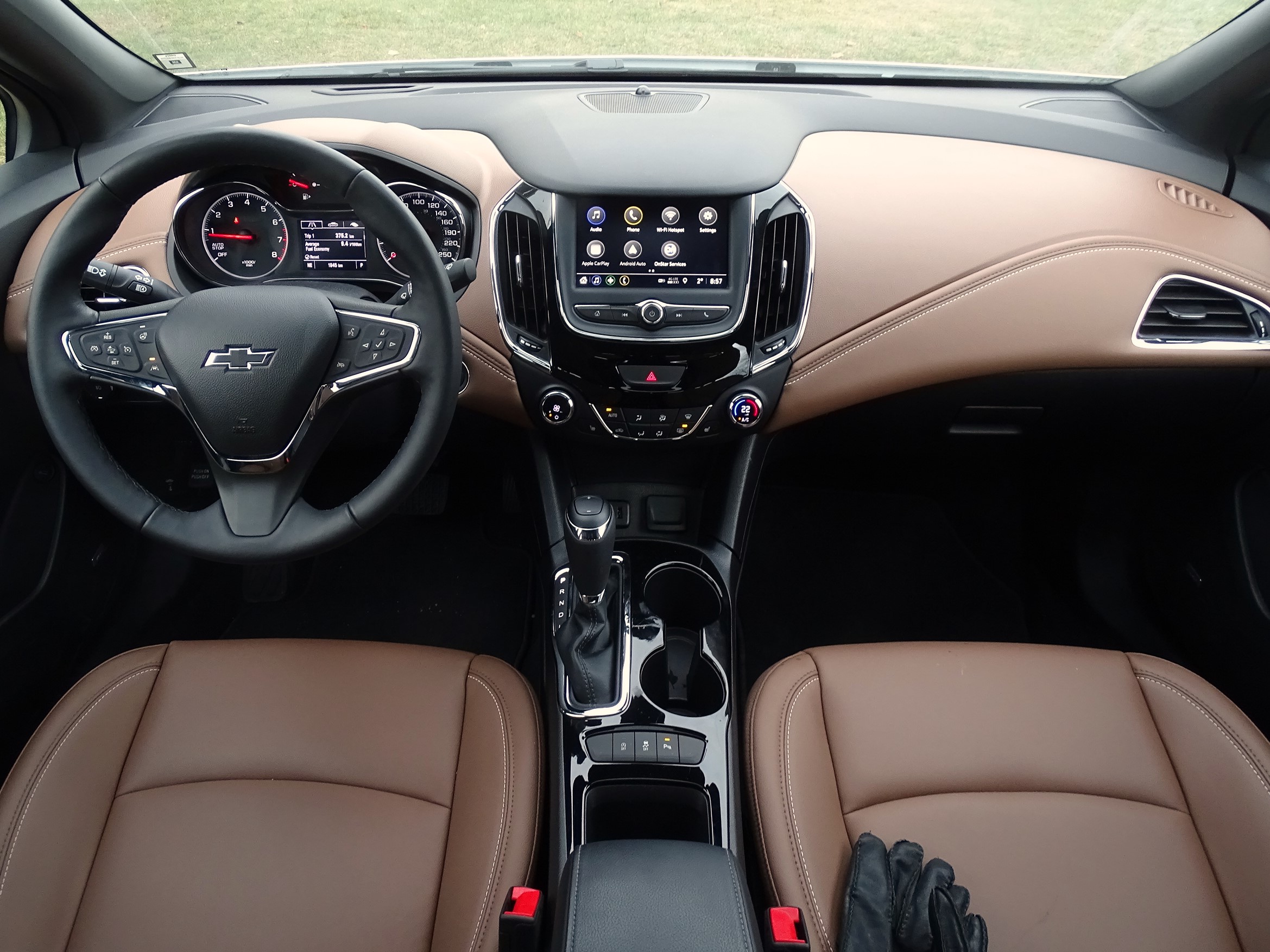 If you prize torque figures, as one should, those aren’t terrible numbers when stacked up against the competition. The issues arise with the fact that it’s paired with a six-speed automatic transmission that’s just not particularly responsive. (The diesel comes with a nine-speed, so there could have been options. I’m just saying.)

Plus, it’s not that front-wheel drive small sedans aren’t exceedingly common. They are. But Mazda recently announced an all-wheel-drive Mazda3 to compete with the Subaru Impreza, and it seems like bringing two-axle power down into cars might be just what the doctor ordered to stem the Canadian SUV tide. The Cruze shares a platform with the Chevrolet Equinox and GMC Terrain among other crossovers, so in theory it should have been possible. But at almost 3,000 lbs. or just over 1,350 kg., one supposes that for its smaller engine it was already heavy enough.

The Interior Is Outdated 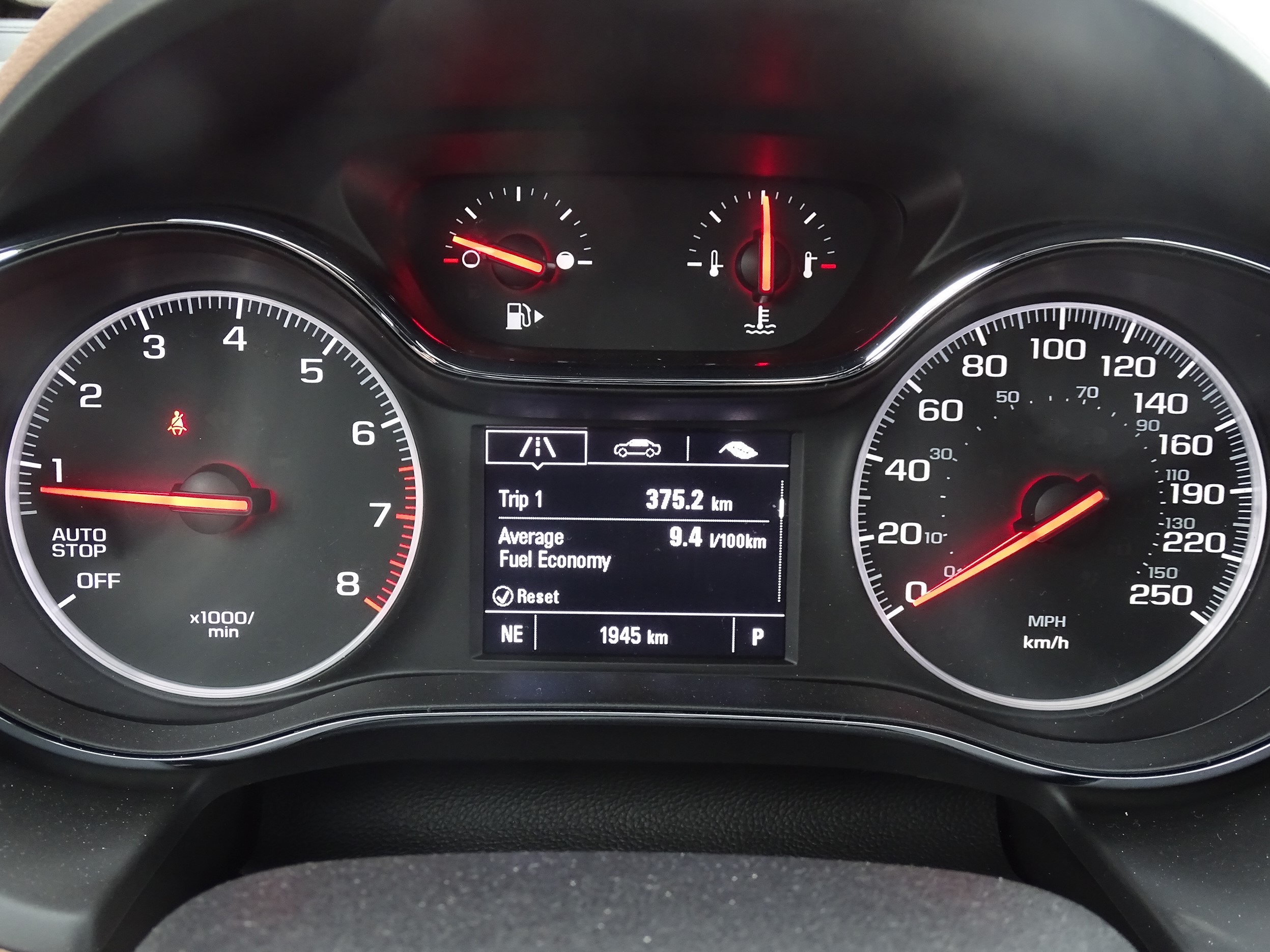 The brown-on-black might have swayed me a little too much here; that’s a colour combination that I’ll admit I’ve never especially enjoyed. But when I checked out the black and grey combination on the configurator on the Chevrolet Canada website, I wasn’t very smitten with that, either. Black-on-black is probably the best choice, especially with the RS package, but that’s not especially exciting, is it? Although it needs to be said that the stitched detailing in the top models looks nice any way you slice it.

There are other things that competitors are doing differently, too, such as pretty digital-integrated gauge clusters and nice, big infotainment screens with fancy input devices. Perhaps if you’re not fussy, though, you might not notice the absence of these things.

But Actually, the Features Offered are Pretty Good 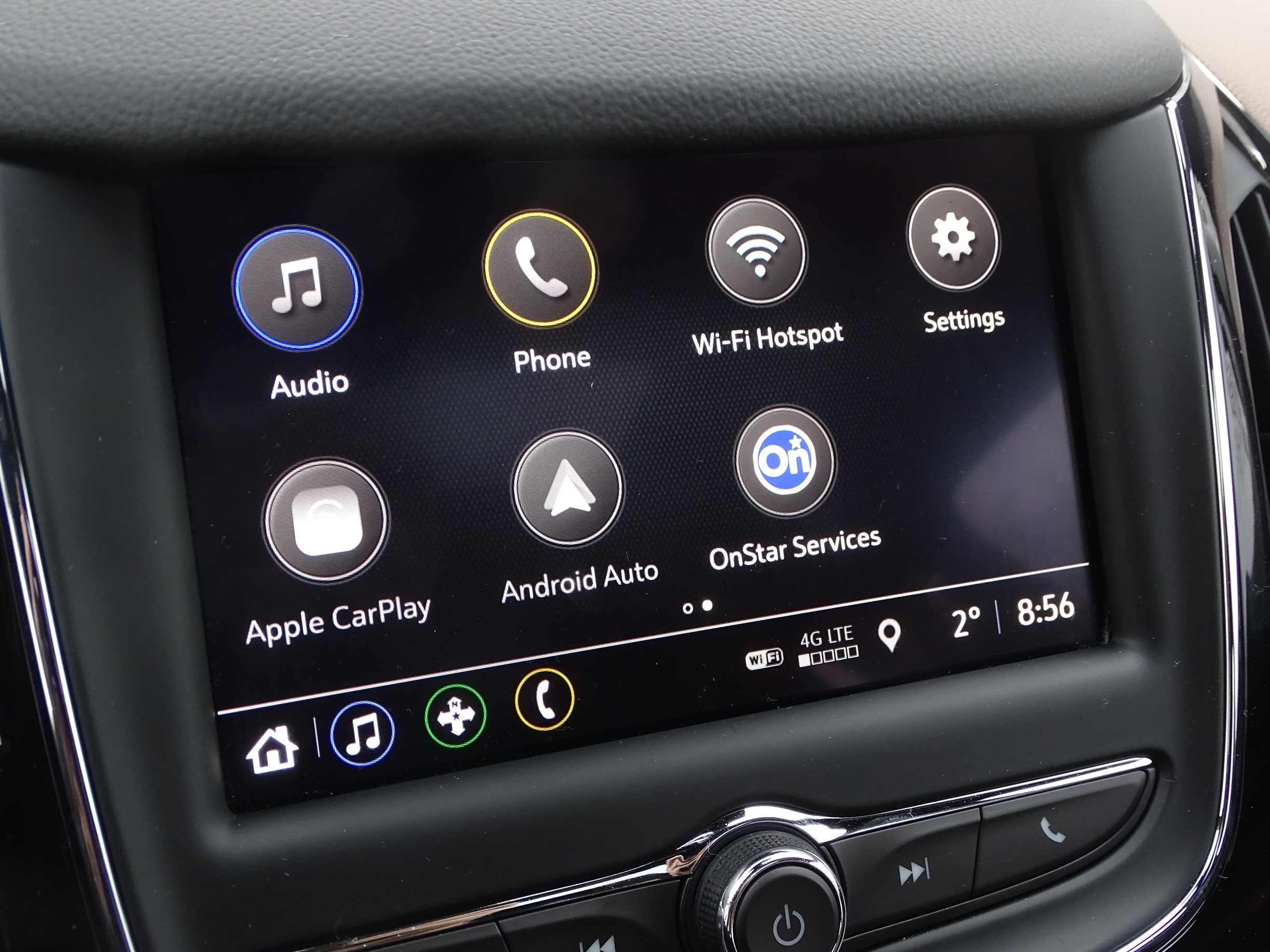 And it handles not too badly, too, which may be the one performance-related by-product of choosing a Premier model or RS package that makes it worth considering.

Standard Apple CarPlay and Android Auto are a definite plus, and although it’s almost entirely touch-driven – which I don’t mind myself, people are beginning to realize that essentially having a tablet built into a car’s dashboard can be a bit distracting – the infotainment system is, by and large, easy to learn and use. GM’s other tech features like its subscription-based in-car WiFi hotspot capability, rear seat reminder, and teen driver feature are popular draws for family-minded buyers.

If you’re willing to spend some more, the feature list includes heated front seats, a heated steering wheel and exterior mirrors, a performance braking package, a power sunroof, a Bose 9-speaker sound system, and two driver confidence packages, one with rear park assist, lane change alert with blind zone alert, and rear cross traffic alert, and another, more expensive one that adds low-speed forward automatic braking, front pedestrian braking, lane keep assist with lane departure warning, following distance indicator, automatic high beams, and forward collision alert. (This last feature is so loud and aggressive that I immediately turned it off, which completely negates the point of having a safety feature installed in the first place. I was unimpressed enough to be inclined to skip the entire package.) 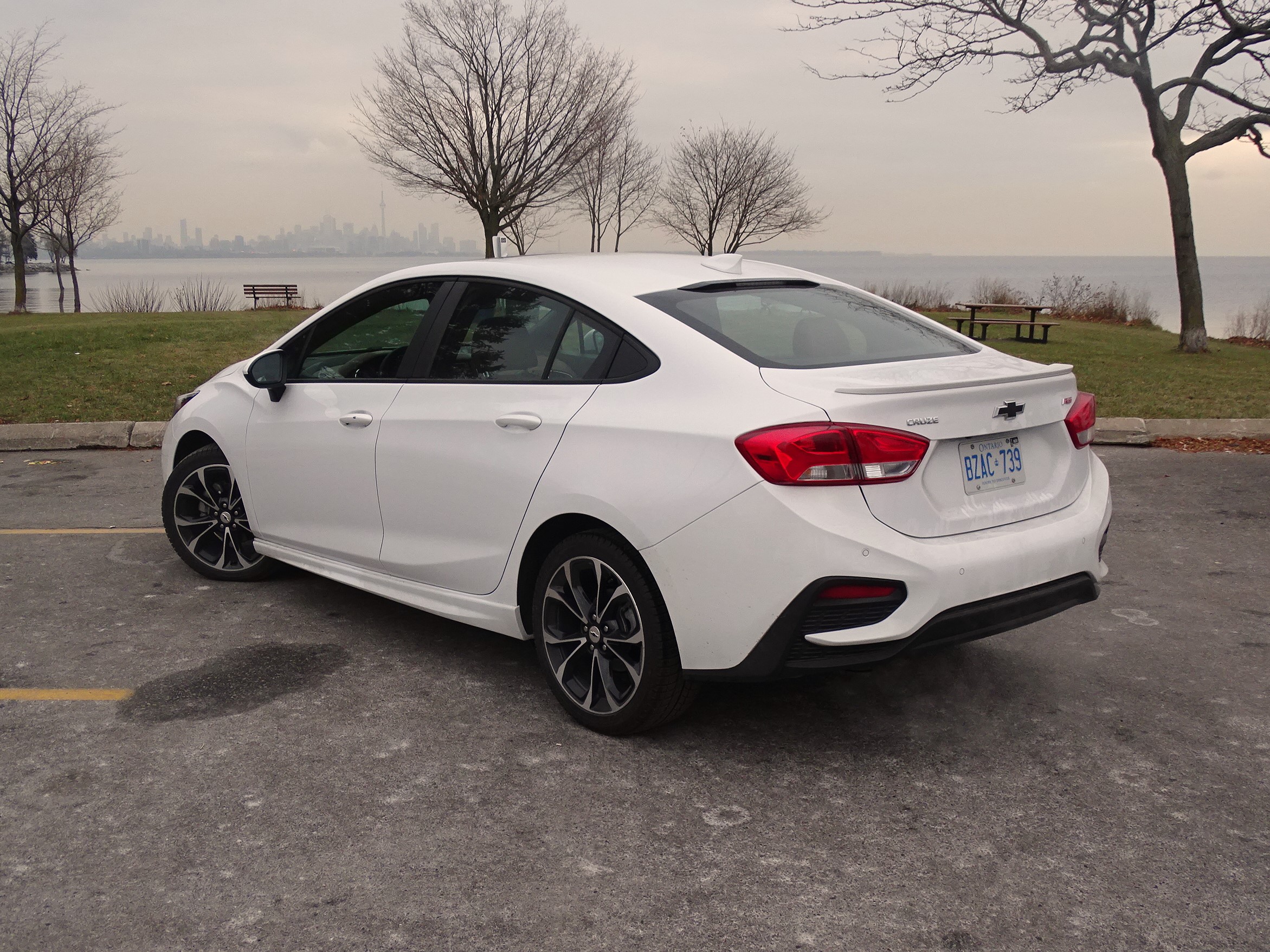 With a little bit of extra love, I maintain that the Cruze could’ve been a contender. As it stands, it’s not the car I’d choose, especially not at $30,000 – unless I really wanted a diesel, which would change the game entirely. But even with the gas engine, for the right shoppers it just might present an opportunity to score a pretty solid deal. 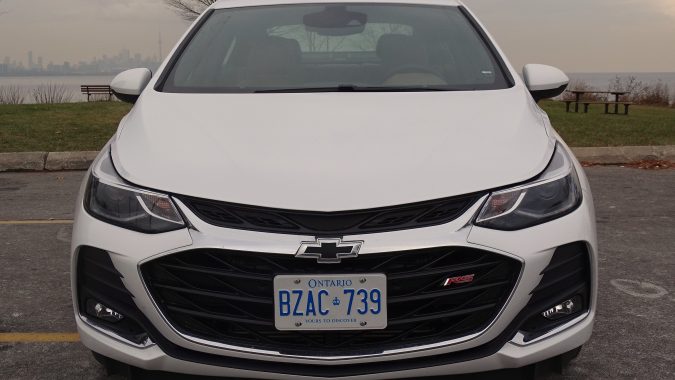 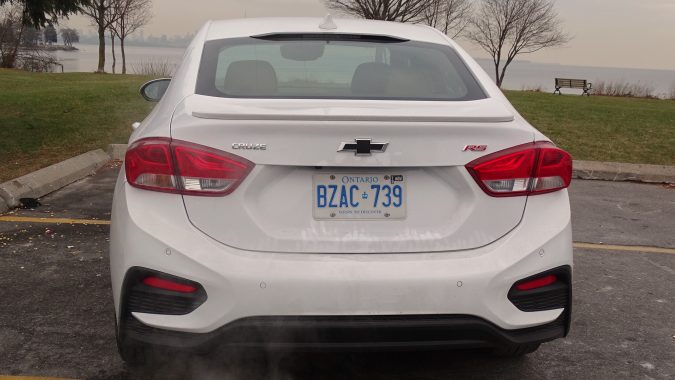 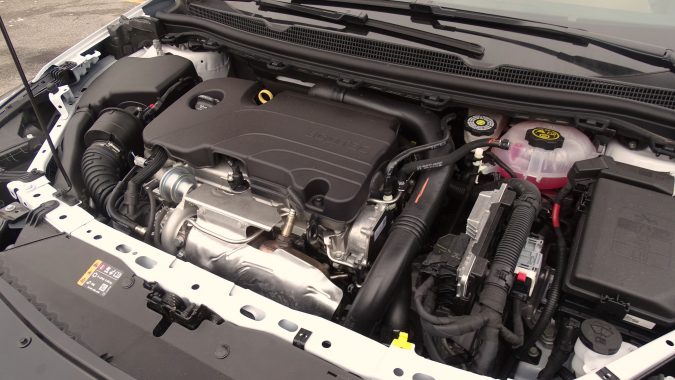 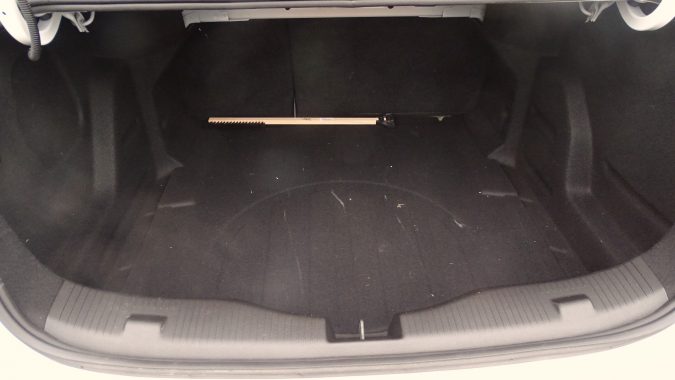 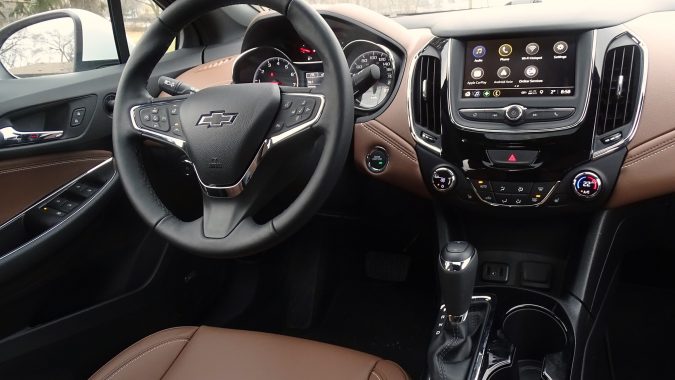 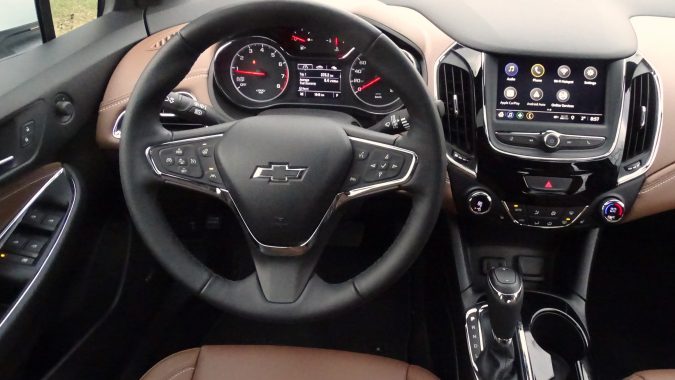