I’m old enough to remember when the Blazer nameplate was attached to some serious off-road SUVs in the Chevy lineup, both large and small.

These were rugged, old-school, body-on-frame utilities derived from truck platforms that were powered by truck engines. The S-10 designation on 1980s and ‘90s Blazers clearly established its link to the S-10 compact pickup upon which it was based. It, along with its badge-engineered twin, the S-15 GMC Jimmy, included both two and four-door variants and were sold over two generations spanning from 1983 to 2005.

Further back in the lineage was the full-size K5 Blazer, which was based on GM’s full-size truck platform and was designed to compete with the Ford Bronco. It spawned two generations between 1969 and 1994, in two and four-door models and affixed with Blazer and Jimmy nameplates. Interesting fact: in 1995 the full-size Blazer was renamed the Tahoe, which was preceded by the GMC Yukon (1992). Both vehicles carry on to this day.

If you see the 2019 Blazer and immediately think, ‘hey, I remember that name’, my response is this isn’t that. And if that strikes you as a bit off-putting, I have more bad news because the Trailblazer will return to Chevy’s lineup next year and it probably won’t be what you’re expecting either.

Confused? Allow me to clarify. 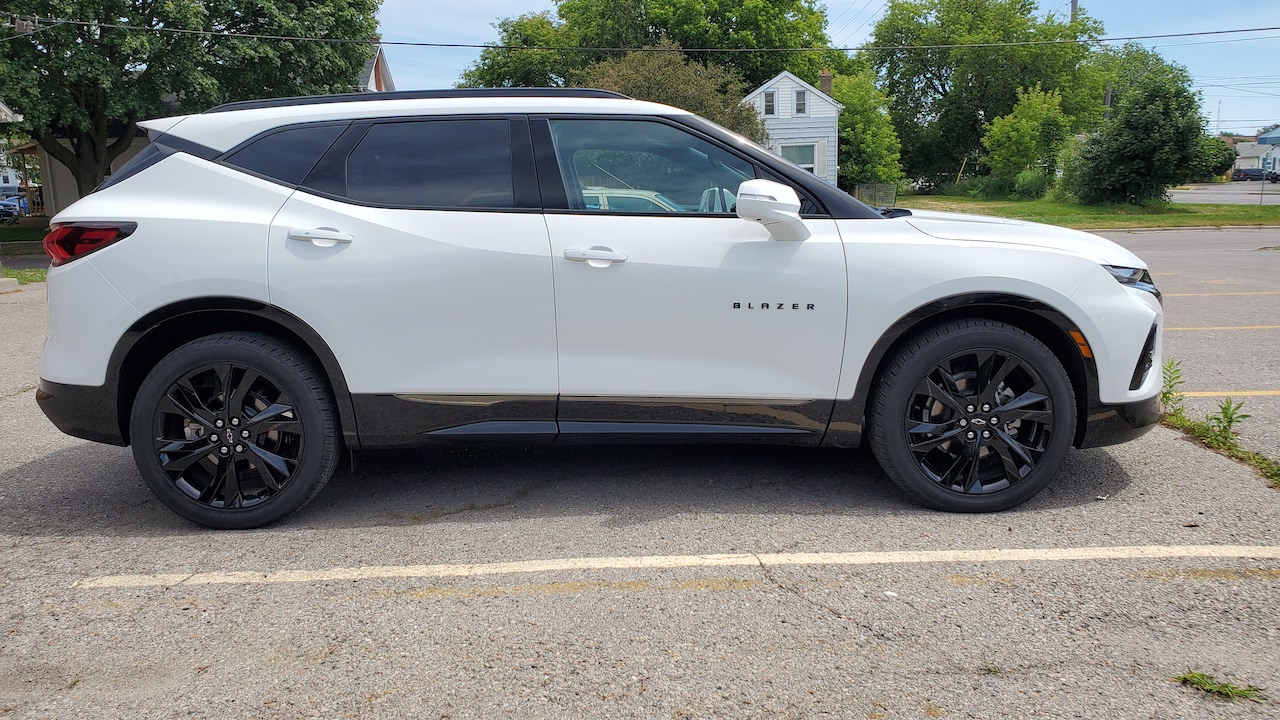 The 2019 Blazer is a mid-sized, five-seater SUV that’s based on a front-wheel drive platform (C1XX) shared with the Cadillac XT5 and GMC Acadia. Designed to fill a hole in Chevy’s SUV lineup, the Blazer slots in between the compact Equinox and three-row Traverse.

The Blazer has unique styling inside and out but shares both engines (2.5L 4-cyl., 3.6L V6) with the Acadia, and its V6 with the XT5. Both engines are paired with a 9-speed automatic only, and like its corporate cousins, the Blazer can be had in either front or all-wheel drive.

For the purposes of this review, GM Canada set me up with a Summit white RS model ($46,300 base MSRP) that has been optioned to the hilt. The RS Plus package ($4,395) adds items such as adaptive cruise control, rear camera mirror, forward automatic braking, embedded navigation, Bose speakers, ventilated front seats and a lot more.

Unlike their blocky and boxy forebears, the 2019 Blazer is much more stylish. No Chevy egg-crate grille and right-angle A-pillars here. Sure, it’s a two-box SUV design at its core, but GM designers have done their best to amp up the Blazer’s visual appeal with steeply raked A-pillars, sharp character lines and a front end that’s much more aggressive than those found on a typical mid-sized SUV.

The Blazer draws a lot of its design inspiration from the Camaro (more on that shortly), and the wide trapezoidal grille and slim LED headlights really drive that point home, especially with the blacked-out trim RS models come with. With massive 21-inch black wheels and an upswept rear body line that pinches off the rear windows and finishes with a rakish tailgate window that’s topped with a spoiler, my tester has a much sportier feel than many of its contemporaries. 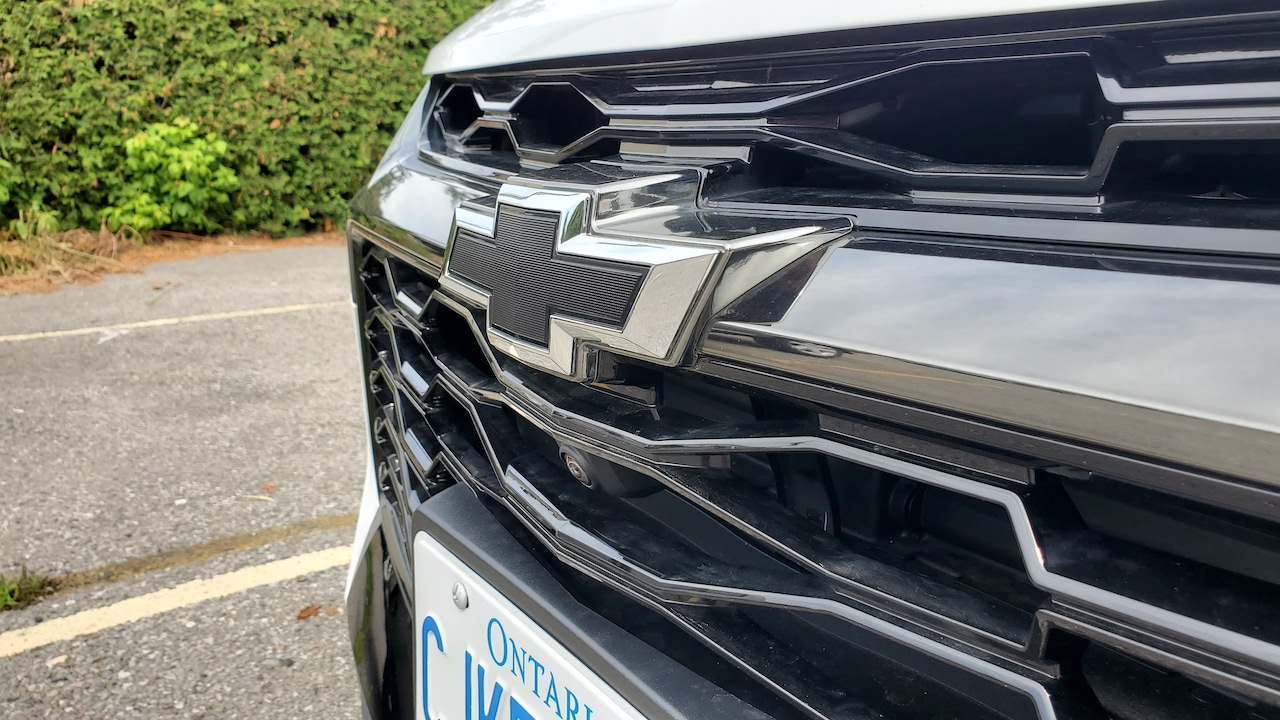 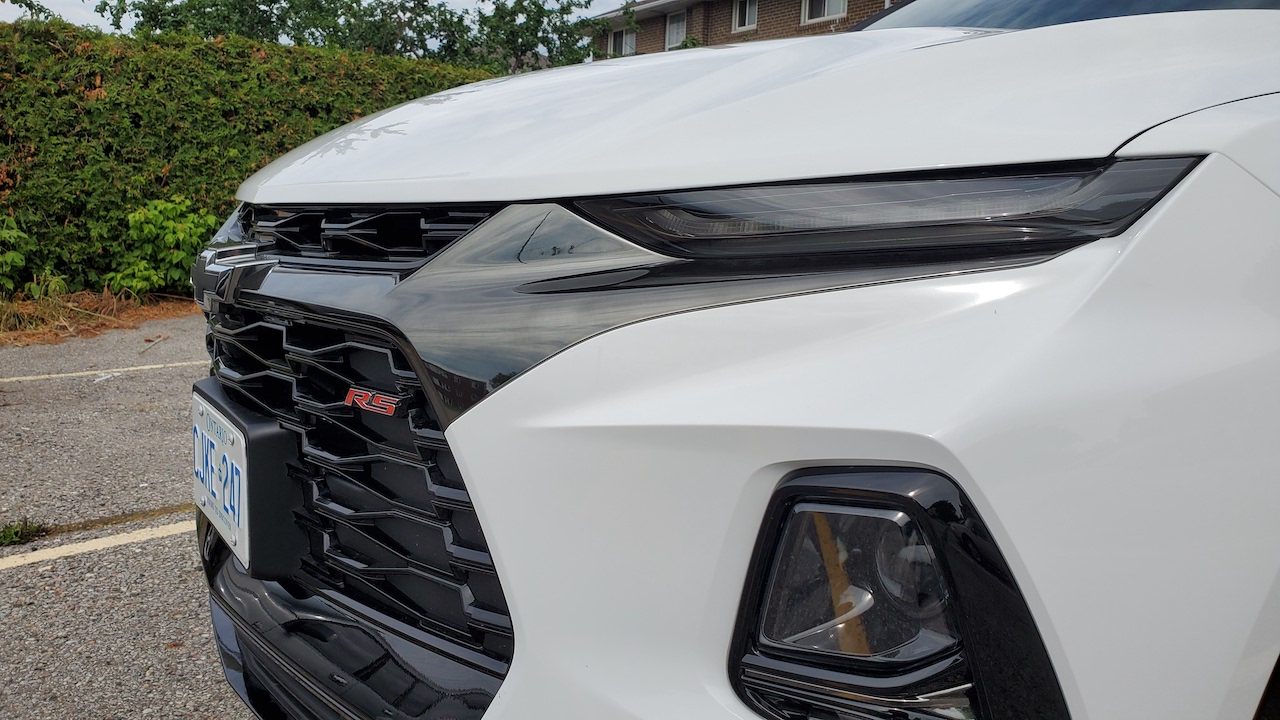 Inside, it’s more of the same, as Camaro-inspired design elements abound, from round, red-ringed air vents to red stitching in the steering wheel and seats, and red inserts visible through the perforations in the seating areas. The content level of the RS, even in base form is quite luxurious (standard leather seating, heated front seats, heated steering wheel, 8-inch infotainment screen and more), and I am impressed with my tester’s comfort, and the logical, user-friendly nature of its cabin.

As mentioned, the Blazer is designed to be driven primarily on pavement, and I can say that it performs well on tarmac. Power delivery from the 3.6L V6 is linear and acceleration is peppy off the line despite its peak output coming high in the rev range: 308 hp @ 6,700 rpm, 270 lb-ft. @ 5,000 rpm. A sport mode livens the proceedings up a bit with a sharper throttle response, but I find the Blazer responsive in normal FWD mode.

The ride quality is a bit stiff thanks to massive 21-inch wheels, but is generally acceptable for a mid-sized SUV, and the MacPherson strut / five-link independent suspension setup provides for decent handling although I didn’t have the chance to drive my tester on a closed handling course. In daily driving situations, however, the Blazer’s handling feels secure. 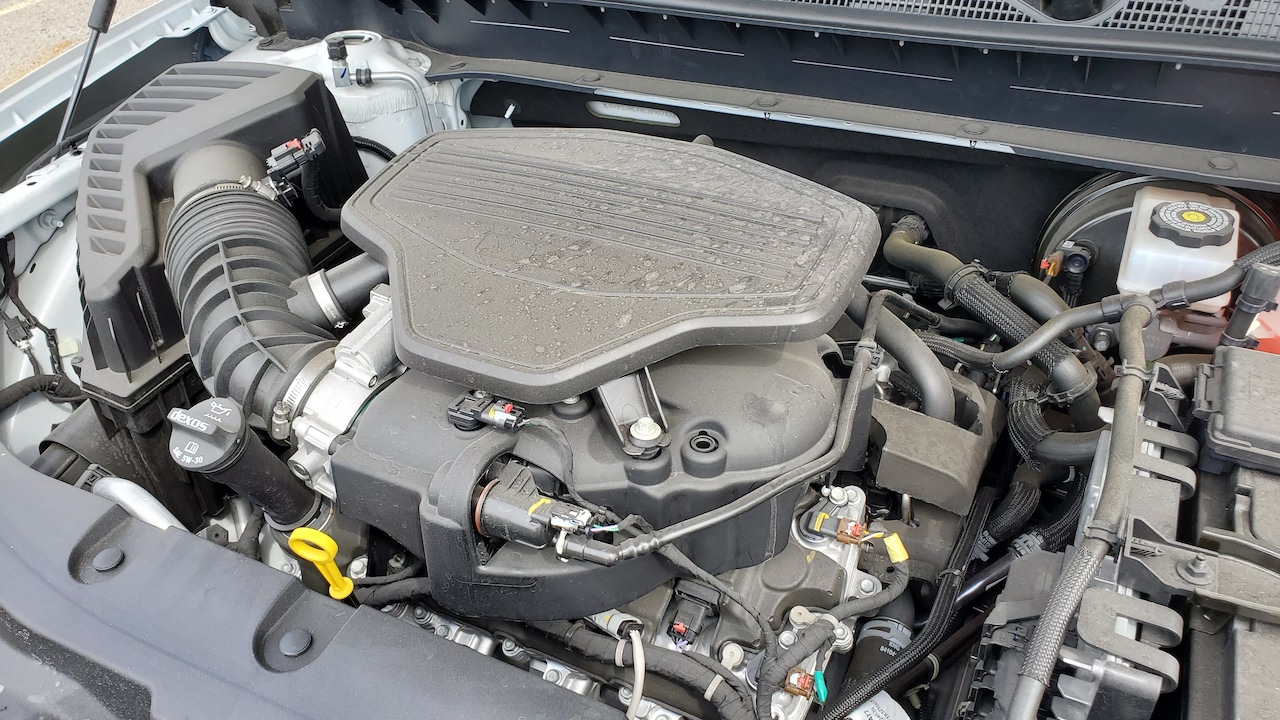 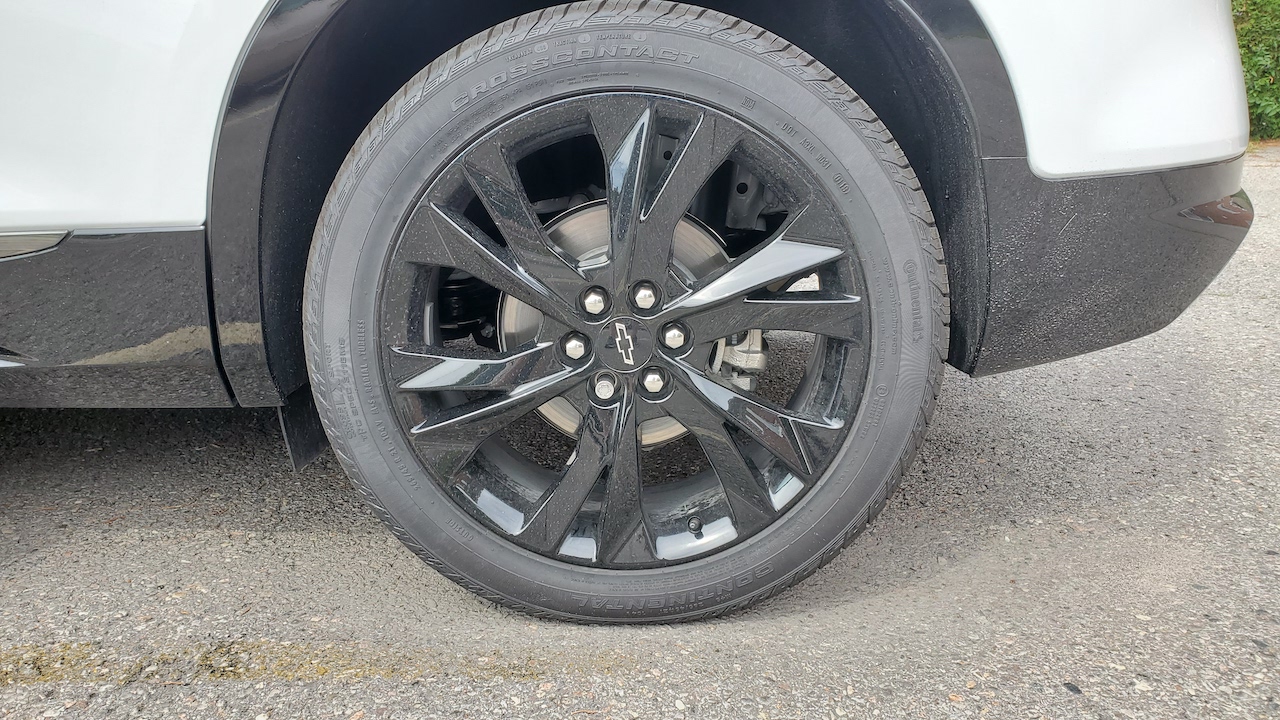 I didn’t take my tester off-road, but I should mention that it comes equipped with a dedicated AWD mode for dirt and gravel roads and other non-paved surfaces. This Blazer isn’t optimized for off-roading, but it will be interesting to see if GM brings a more rugged variant to market in the years ahead more in keeping with Blazers of old.

Finally, my fuel economy return was quite disappointing, although as I mention often, your mileage may vary. Personally, I think 18.1 L / 100 is rather inexplicable given the Blazer’s size, but the bulk of my driving was local so that likely had a negative impact. I’m sure as a commuter vehicle the average would be quite a bit better. As I said, it varies.

The 2019 Blazer is a pretty compelling package overall, especially in RS trim which adds a more sporting character. The barrier to entry is not insignificant, but GM has counterbalanced its cost with a high degree of standard equipment, good V6 performance, handsome styling and lots of utility. Handling, cabin comfort and general road manners are quite good, and when properly equipped, the Blazer can tow up to 4,500 lb. 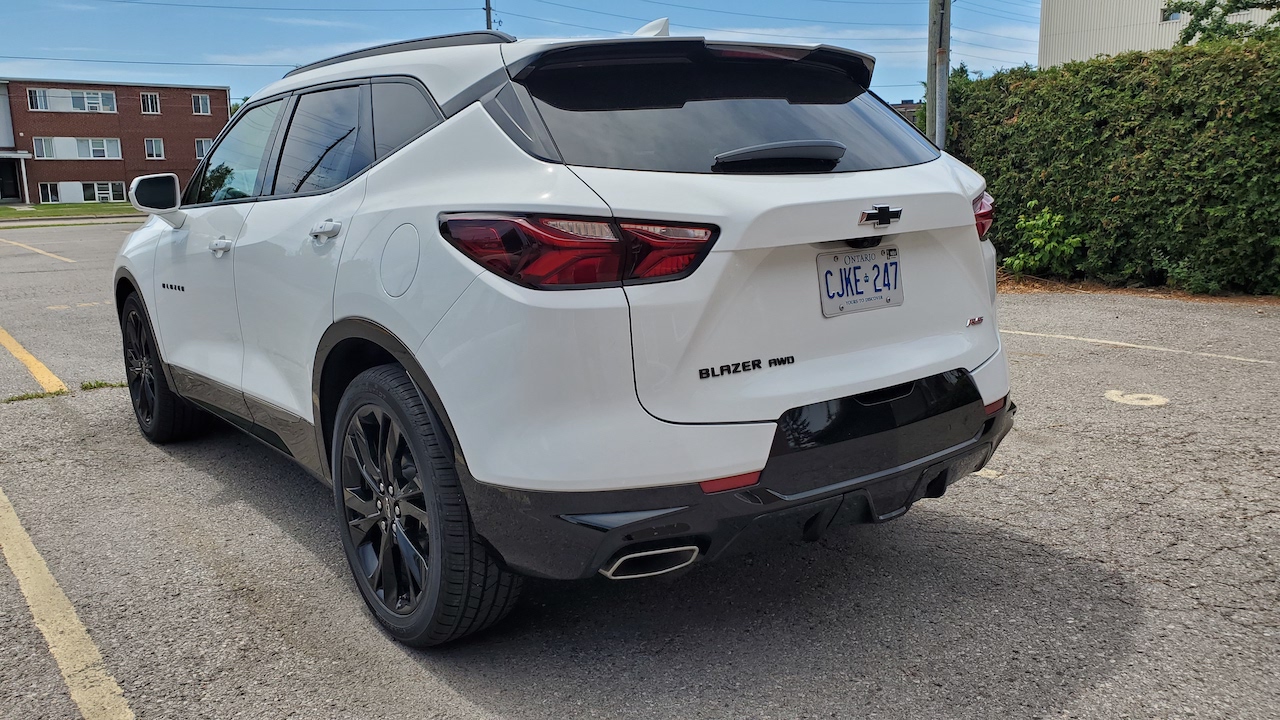 On the downside, poor fuel economy is concerning for a vehicle of this size, and $53,715 as equipped puts the Blazer RS firmly in Acura RDX, BMX X4 and Lexus RX territory. To be successful, I think the Blazer needs to transact below premium rivals like these and others.

Nevertheless, it’s good to see the Blazer return. It’s nothing like it was, but that’s the price of progress. 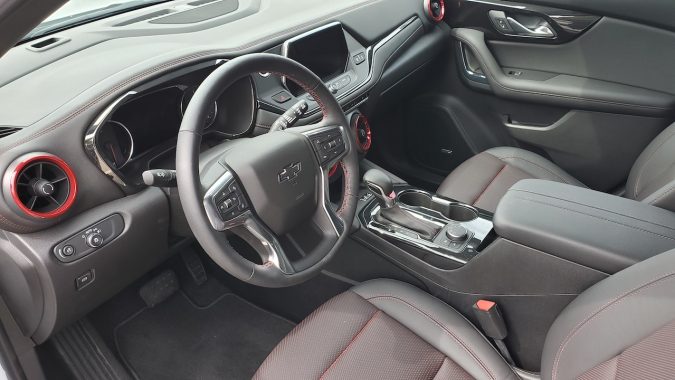 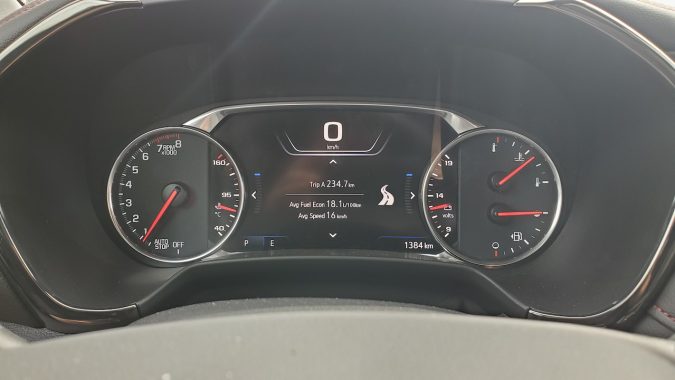 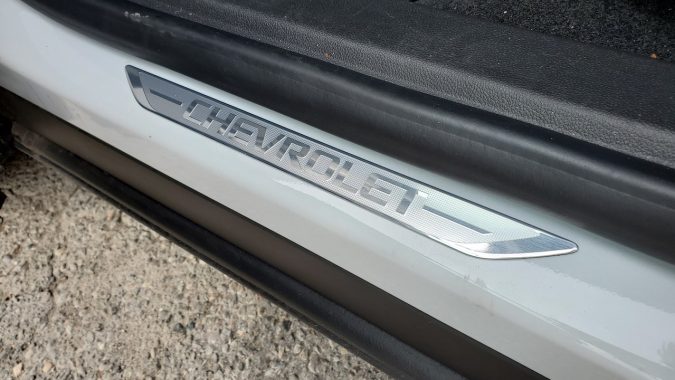 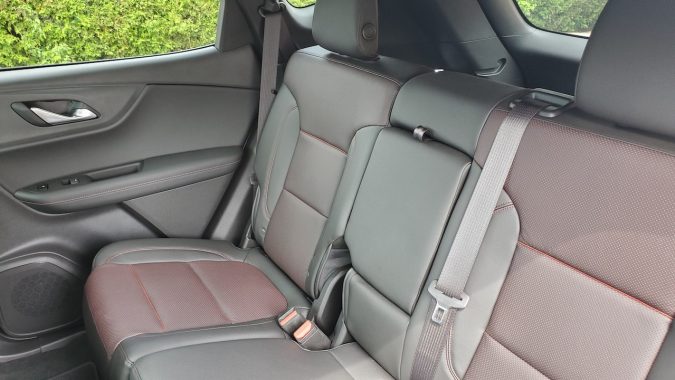 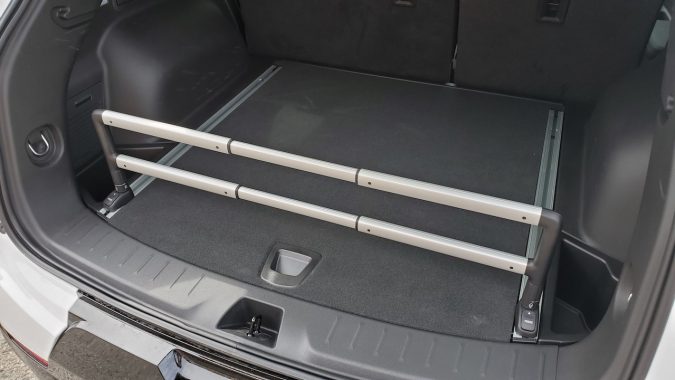 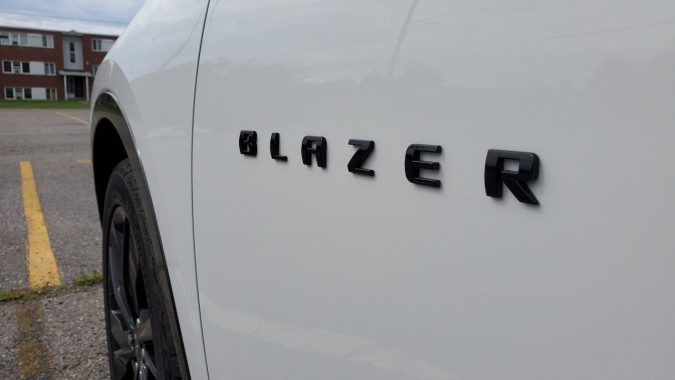 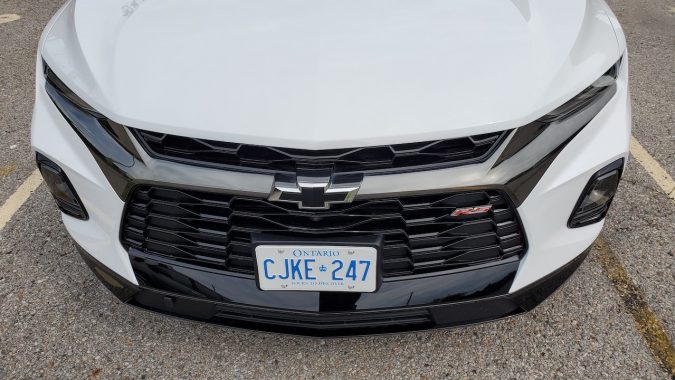 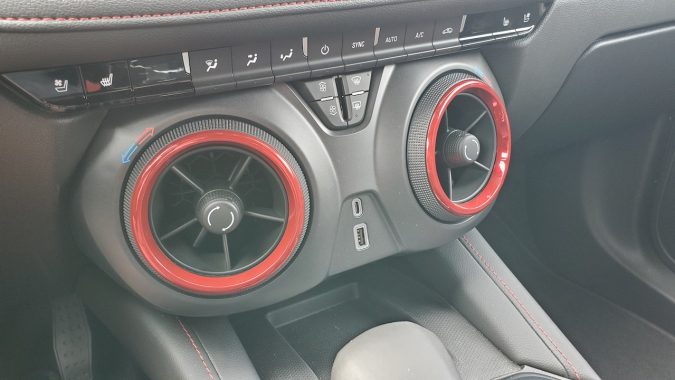 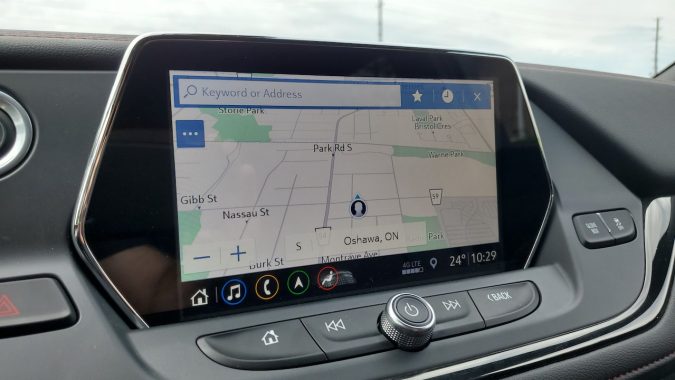 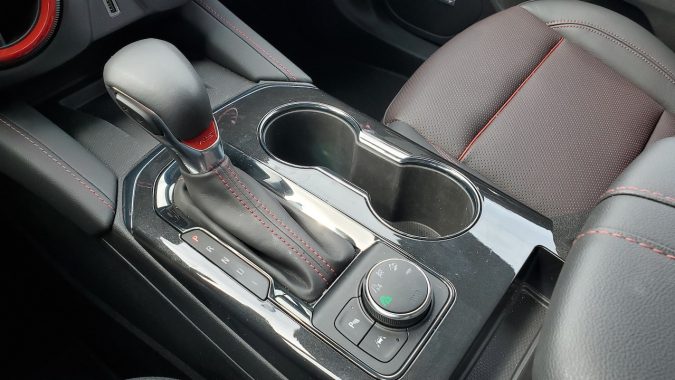 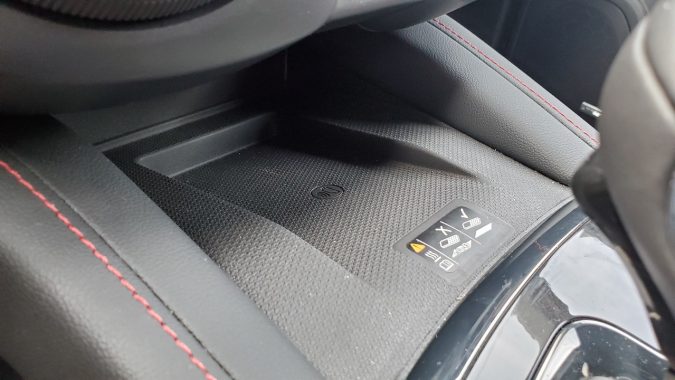