I’ll admit I was somewhat surprised to learn that the subcompact Encore SUV is the bestselling Buick not only in Canada, but in North America as well.

In 2018, Buick sold 93,073 Encores in the U.S., a figure that almost doubles the second-best seller, which happens to be a large SUV (Enclave – 49,647). The disparity was even more pronounced in Canada, where the Encore (10,637) tripled the sales of the Enclave (3,511). Put another way, the Encore accounted for almost two thirds of Buick’s Canadian sales last year. 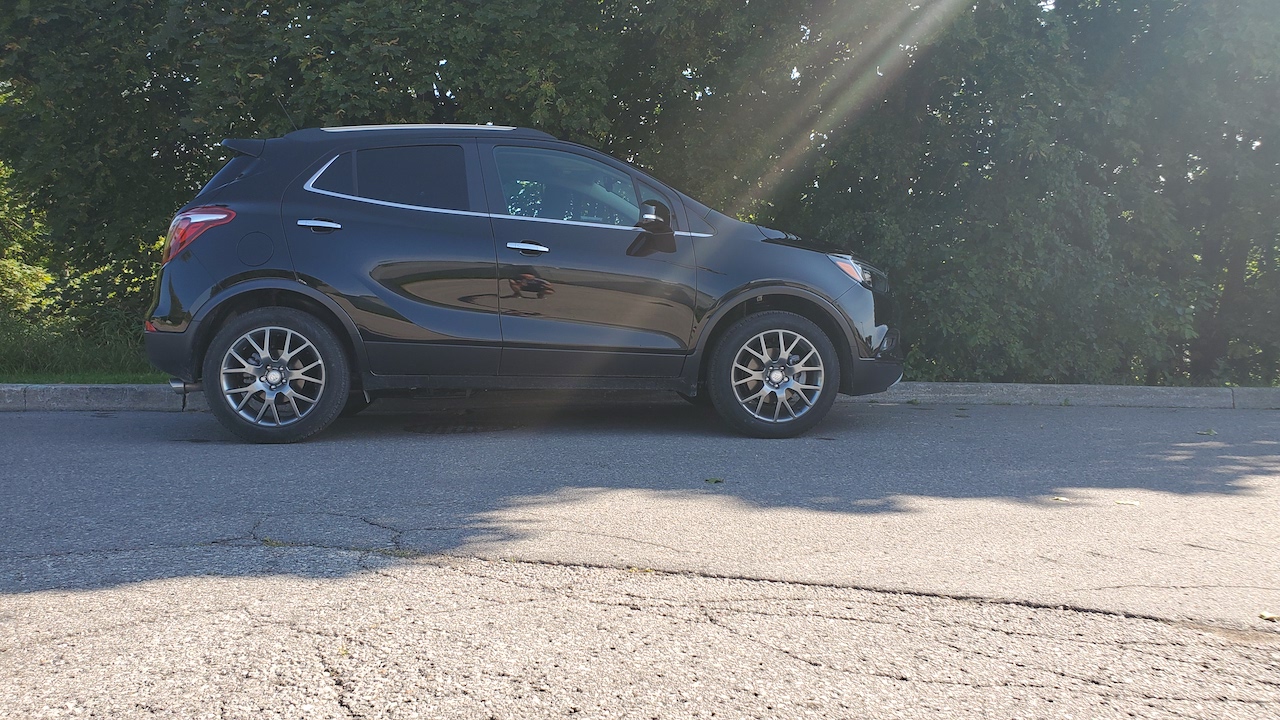 The Encore is one half of GM’s subcompact crossover portfolio in North America; the Chevrolet Trax is the other. Both are based on the Opel Mokka and were first shown at the 2012 North American International Auto Show in Detroit.

The Encore is available in three trims in Canada: Preferred, Sport Touring and Essence. All models come with a standard 1.4-litre EcoTec turbocharged 4-cylinder that produces 138 horsepower and 148 lb-ft of torque and is paired with a 6-speed automatic, the only transmission available. A more powerful 1.4-litre EcoTec turbocharged 4-cylinder engine with variable valve timing and direct injection (153 hp / 177 lb-ft.) can be ordered as an option for Sport Touring and Essence models. Front-wheel drive is standard across the range, but all-wheel drive is available on all trims. 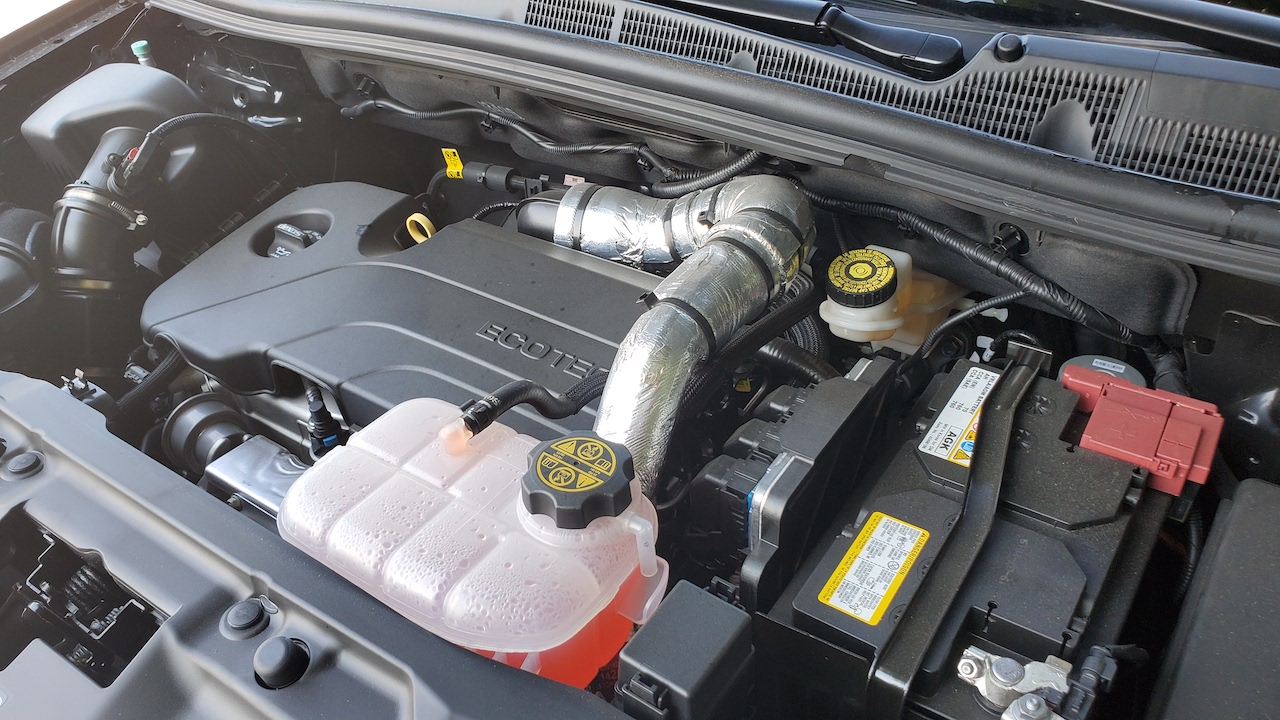 The Encore range will expand in 2020 when the slightly larger Encore GX joins the Buick lineup. Interestingly, the second-gen Encore revealed at the Shanghai Auto Show last April is intended for China and other emerging markets only. For the time being, the first-gen Encore will continue to be sold in North America.

For the purposes of this review GM Canada loaned me a Sport Touring AWD model finished in Ebony Twilight Metallic with a Medium Titanium (tan) / Ebony interior. Like many press vehicles I drive, my Encore tester is well-optioned. The two biggest tickets are the more powerful 1.4-litre turbocharged engine ($1,030) and sunroof ($1,150) on a list that also includes navigation ($795), premium Bose audio ($685), Ebony Twilight paint ($495), and automatic dual-zone climate control ($405).

Some good, some bad

In the looks department, Buick designers have done a good job of shaping the Encore in an attractive fashion despite its short proportions. The 2017 facelift replaced the bulbous headlights and giant grille found on early Encores with smaller, sharper looking versions of both. Combined with the upsweep of the beltline towards the rear, rakish windshield angle and 18-inch aluminum wheels, the Encore is reasonably handsome. Not drop-dead gorgeous exactly, but not ugly either.

The cabin gets mixed reviews, however. On the plus side, the Encore offers easy entry and exit, and its seats are comfortable. The mixed leather / cloth seating surfaces feel good to the touch and have a tasteful appearance. Same goes for the leather-wrapped steering wheel and gear shifter and most of the knobs, switches and buttons on the dash and centre stack. While some of the harder trim materials aren’t the most luxurious, they (piano black, satin finish plastics) at least look good. 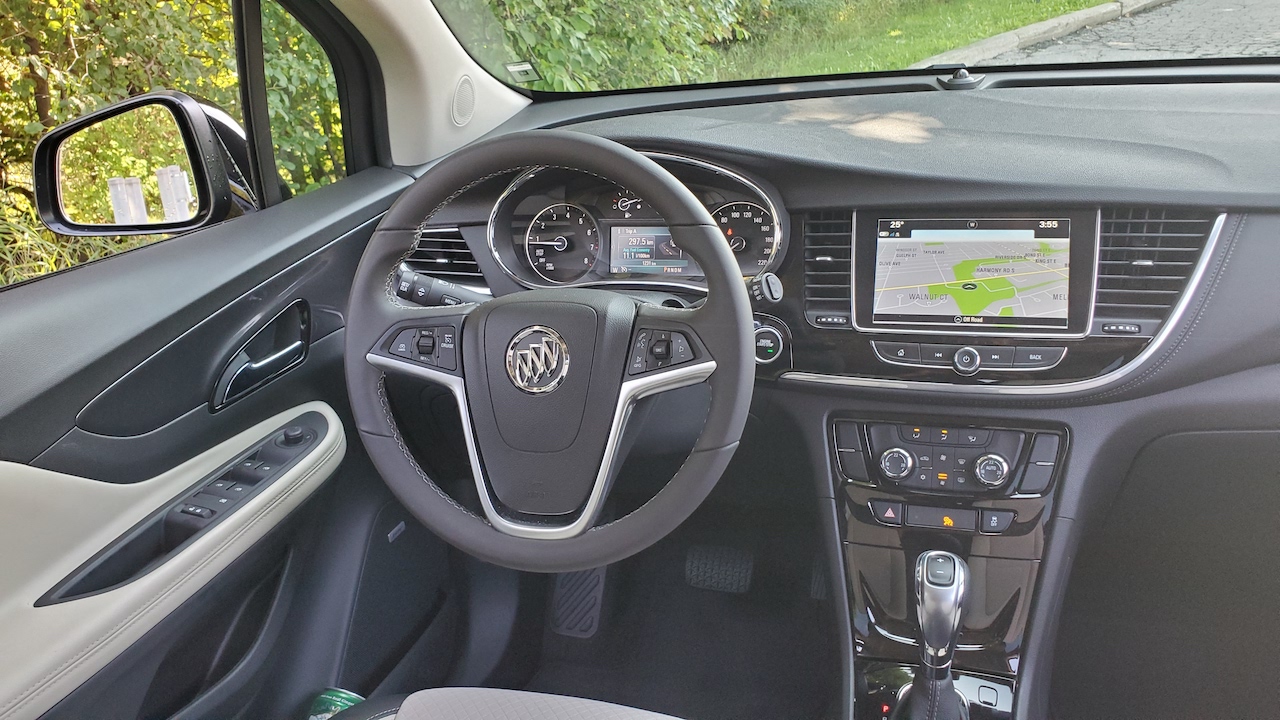 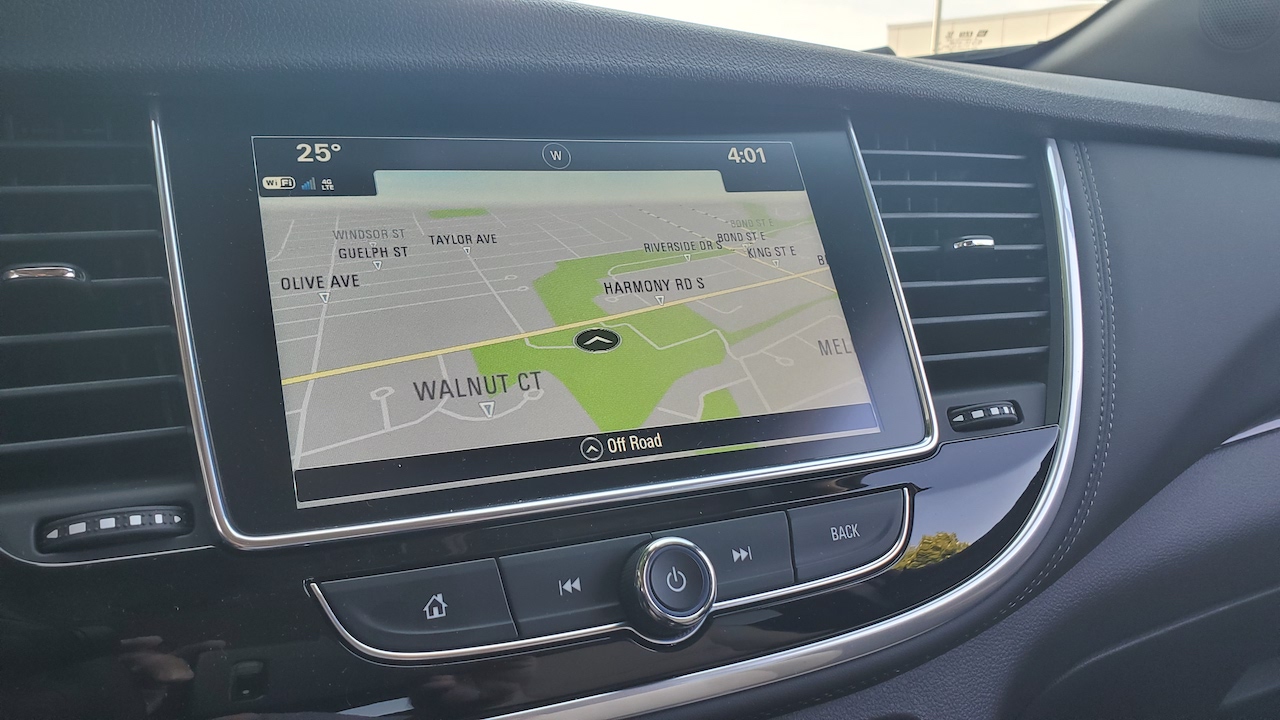 On the downside, the Encore’s confines are cramped. Don’t get me wrong, my head doesn’t touch the headliner and I’m able to find a good driving position that allows for the proper extension of my legs, but generally there’s a feeling of everything being a bit too close: the dash, the opposing door skin, the space between the A-pillars. There just isn’t a great deal of room here, a feeling that’s really driven home in the back seat and cargo area. Yes, the rear seatbacks fold down, but it doesn’t make the Encore feel much bigger.

The blanks in the centre console where buttons for heated / cooled seats and a heated steering wheel would be is also a bit disappointing for a (near) luxury vehicle with $5,000 worth of options and an MSRP approaching $40,000. 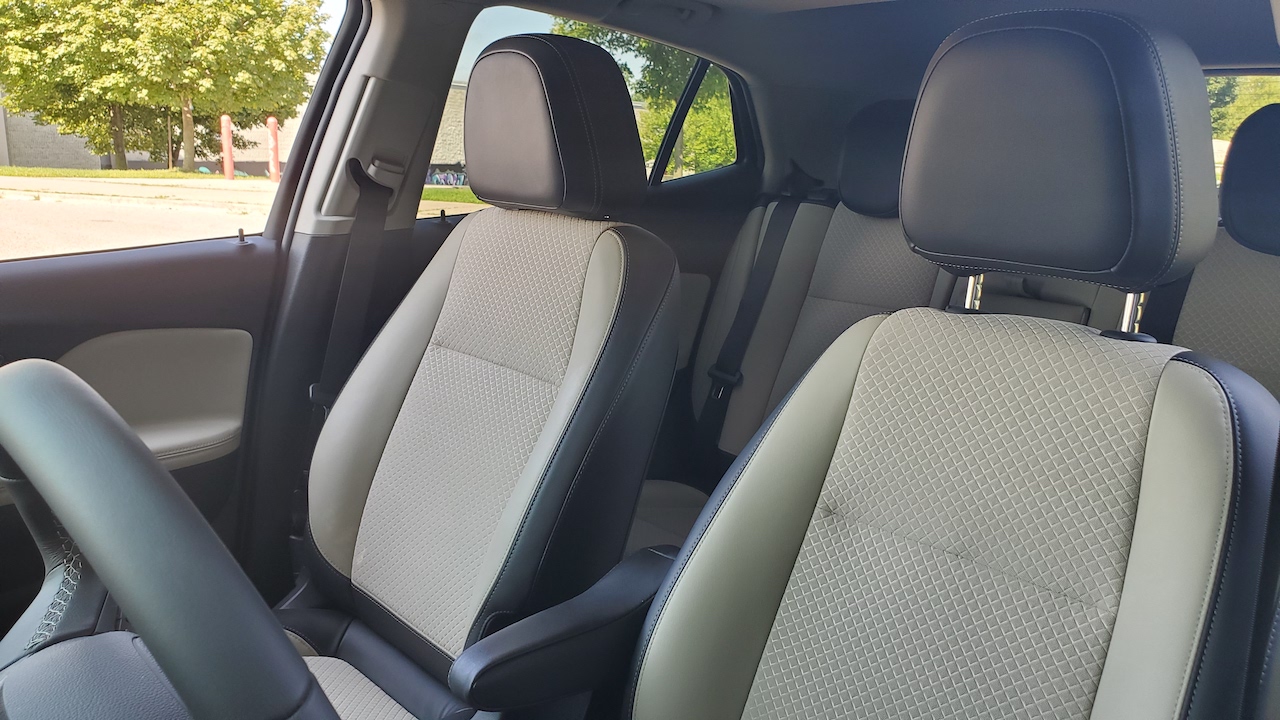 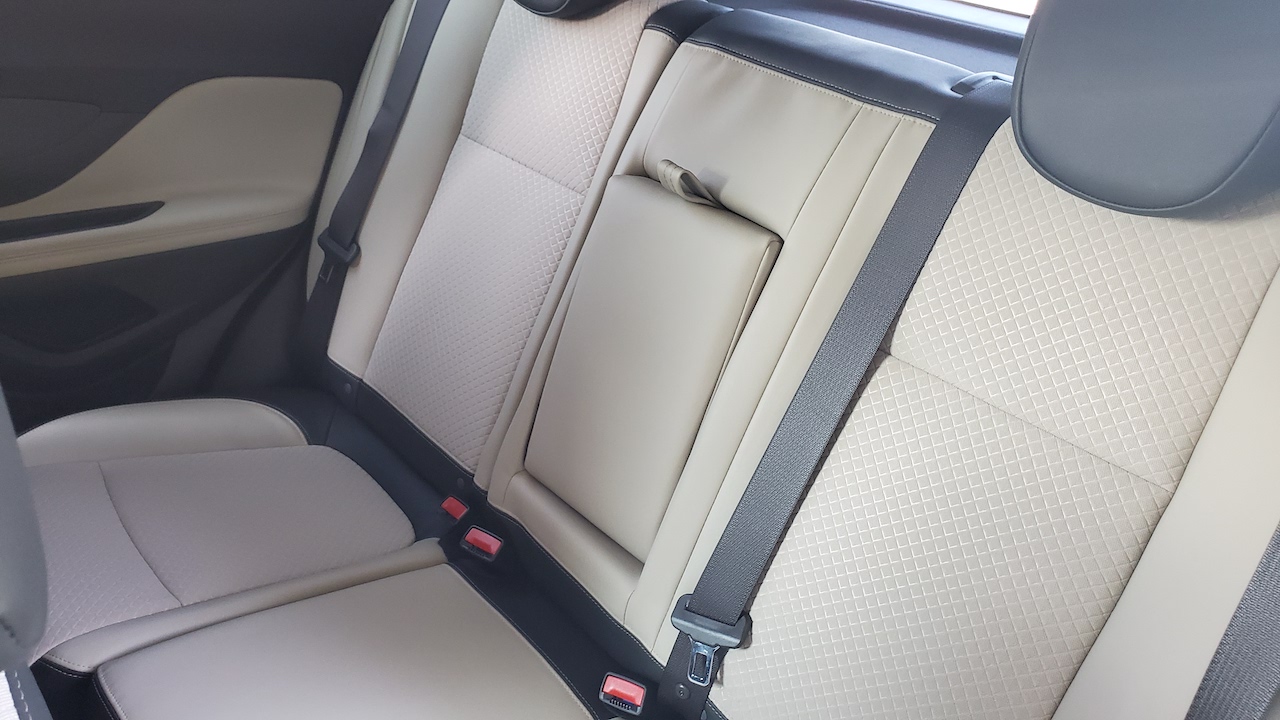 Despite a cramped interior, the Encore is pleasing enough to drive. The upgraded 1.4-litre turbo really is the way to go, but it doesn’t offer a great deal of power, nor is it very quick unless the throttle is mashed. A manual mode (+ / -) on the shifter allows for manual shifting but I didn’t mess with it much as it doesn’t impact the driving experience in a meaningful way. For normal driving situations, however, the uprated 1.4L turbo is adequate, although like other GM cars I’ve driven of late, it didn’t return a sparkling average fuel consumption number (11.1 L / 100km).

The Encore is a pleasant vehicle to cruise around in however, thanks to a comfortable, well-sorted ride and a quiet cabin. The latter is due to the presence of Buick QuietTuning technology with Active Noise Cancellation that brings sound insulation features to the table such as triple door seals, acoustic laminated windshield and front side window glass. All do a fine job of generally keeping outside noise outside. 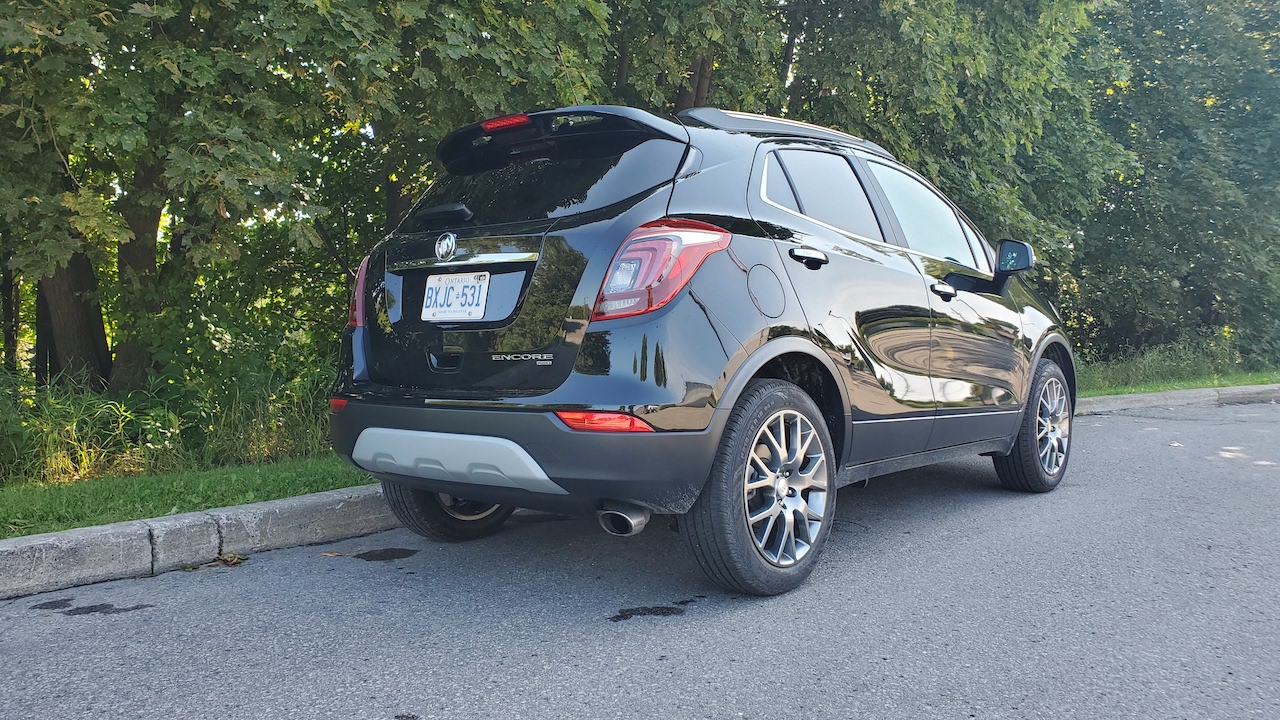 In sum, it’s not hard to see why the Encore is so appealing. It’s handsomely styled, comes with a decent level of content for money, and costs less than offerings from other premium brands. For consumers, these factors seem to outweigh the negatives of a cramped interior, so-so performance and subpar fuel efficiency.

One thing seems certain: Buick’s fortunes moving forward, in North America at least, will be closely linked to that of the Encore. 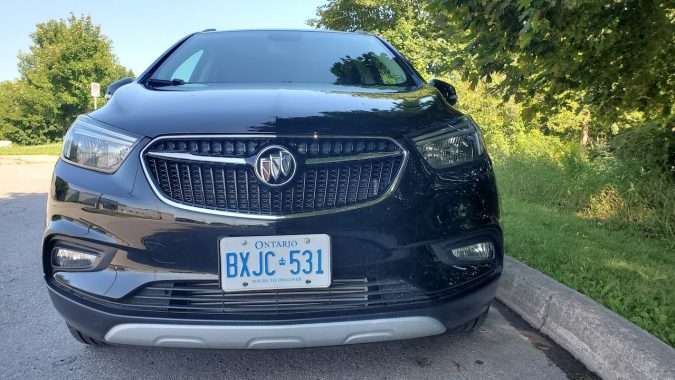 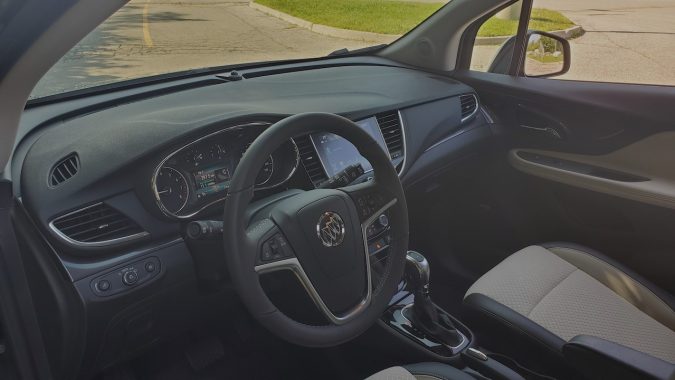 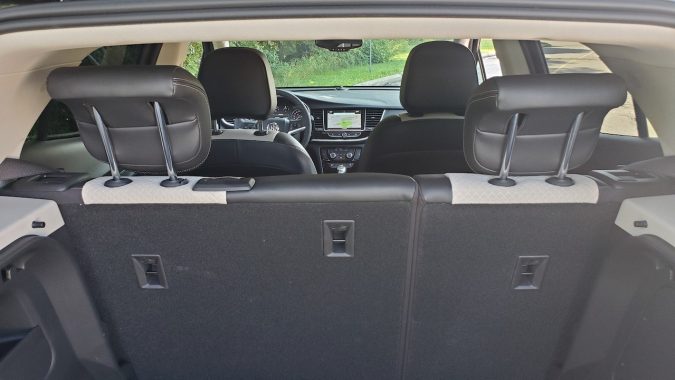 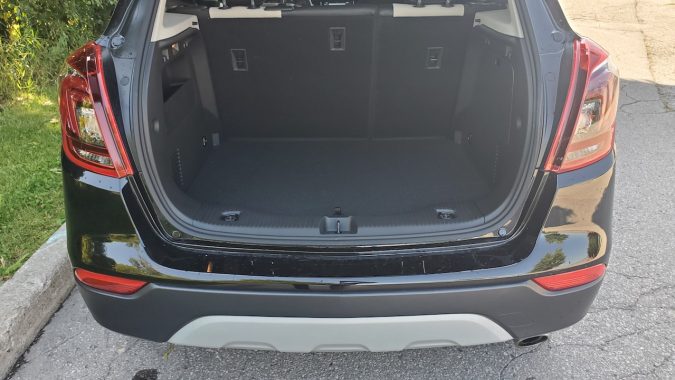 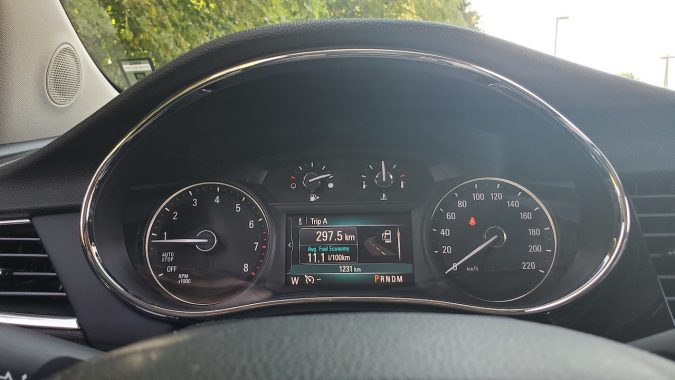 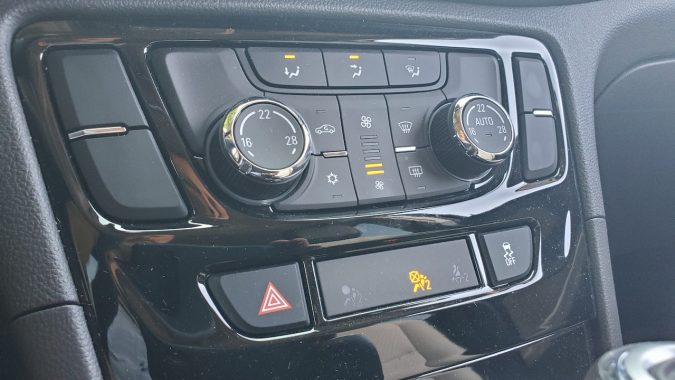 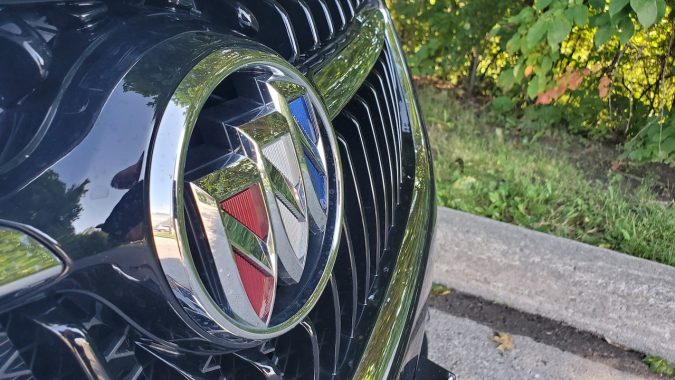 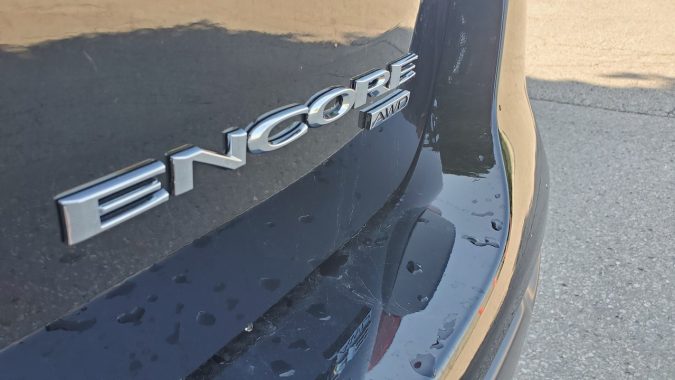 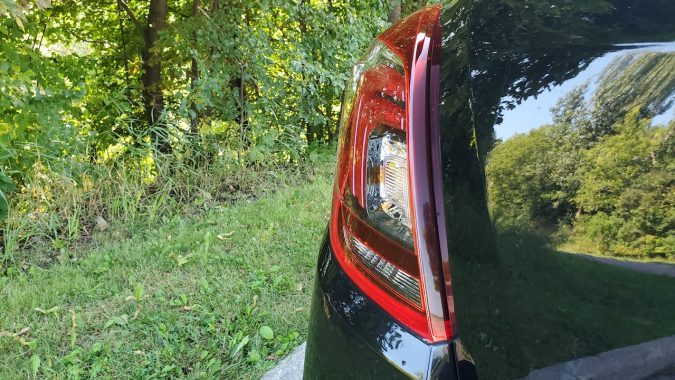 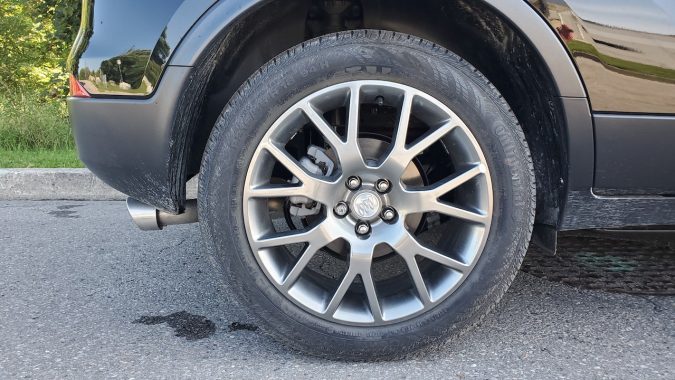