Saying goodbye to an old friend.

BMW has officially announced that its charming little electric car, the i3, will not be replaced. While no concrete end date has been confirmed, it’s clear that BMW has other plans for its electric cars, with vehicles like the upcoming i4 sedan which will inherit an all-new architecture and battery, spawning an entire new breed of BMW electric cars and SUVs.

Until then, the quirky i3 remains the brand’s only EV, challenged only by the plug-in hybrid i8 supercar.

The i3 therefore carries over to the 2019 model year relatively unchanged. Its battery is still 42.2 kWh, allowing this tiny runabout to drive on pure electricity for up to 246 km. Our tester was equipped with a range extender, or as BMW likes to call it the Rex; essentially a miniscule 647 cubic-centimeter two-cylinder gasoline engine which kicks in when the battery runs out of juice.

Total horsepower is rated at 170 horsepower and 184 lb-ft, with an available i3s which cranks things up to 181 hp and 199 lb-ft. Our tester was a standard i3 with a slew of optional packages added onto it, with a total sticker price of $62,245. Not cheap.

That’s actually why BMW is presumably re-evaluating its EV offering; the fact that the i3 now has trouble competing with the wave of battery powered cars. Back in 2014, the i3 was revolutionary, one of the first of its kind. Today, you can walk out of a Hyundai dealership in a Kona EV that will get you more range at a much more affordable price point.

Also, the i3 misses out on the available $5,000 federal rebate for electric cars. It does at least retain the $8,000 offered in Québec and $3,000 in British Columbia but both those are about to change. In other words, the i3 is not long for this world. If you want one, don’t see it as a way to save money, but more as a funky way to not burn fossil fuels. 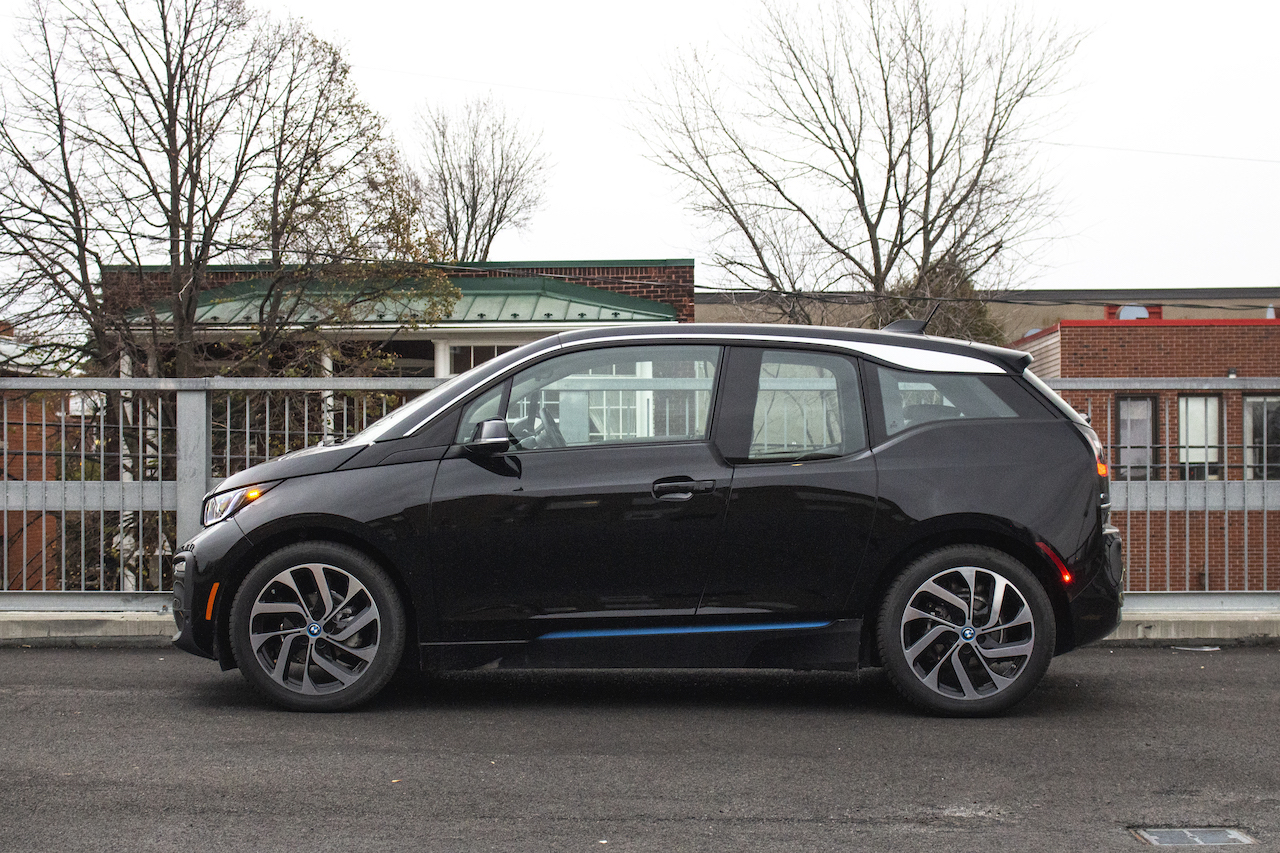 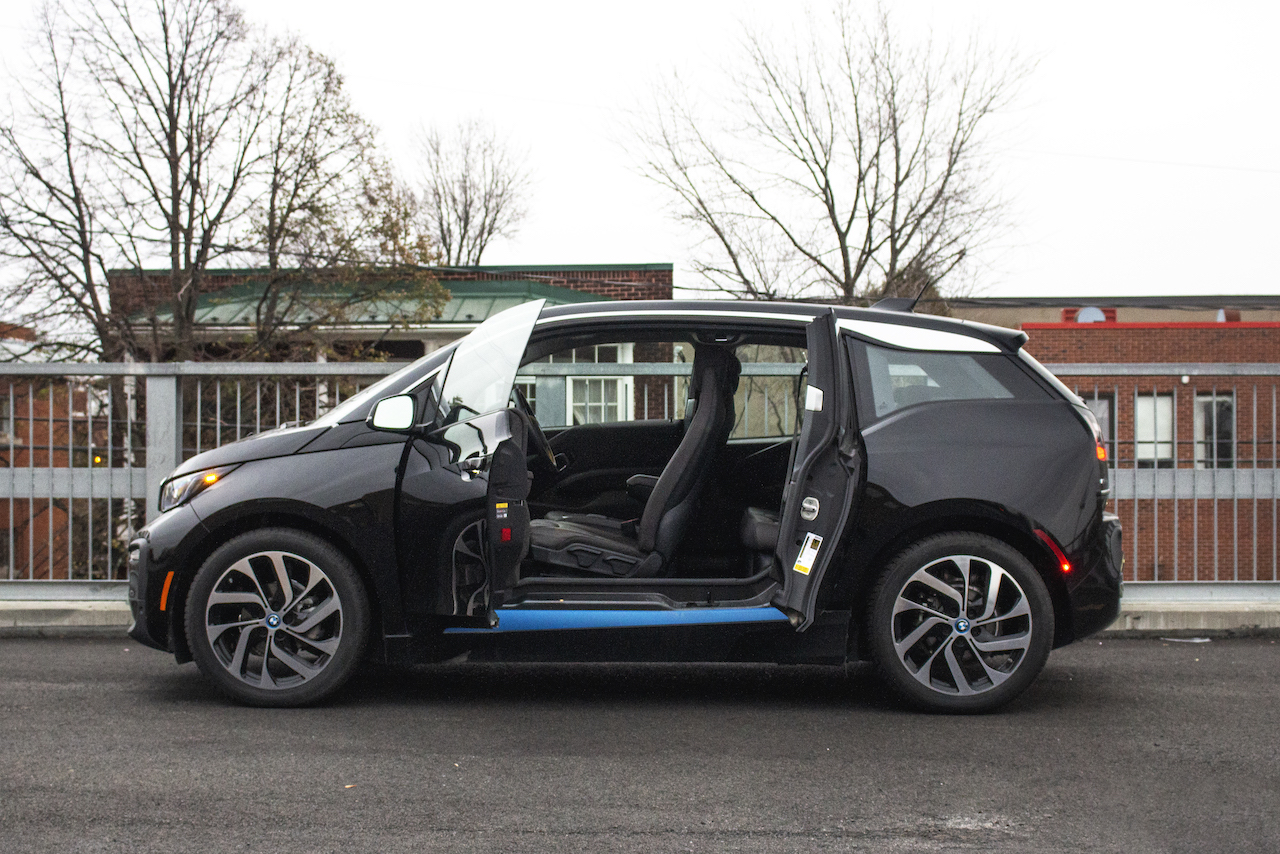 Expensive price aside, the i3 remains a technological tour de force and arguably one of the most intriguing small cars currently on sale, even if it’s been with us for six years now. Its futuristic urban styling may not be for everyone, but it’s charming enough to give the car a personality, something rarely found in electric cars. The i3 has also aged beautifully, still appearing modern and fresh among the slew of Korean, Japanese and American newcomers.

And don’t let the tidy dimensions fool you, as this is a surprisingly spacious little car, on par even with the aforementioned Kona EV. That’s all largely due to the high roofline and suicide rear-doors that facilitate rear-seat ingress. I’m a tall a guy, and I had no issue finding comfort in the back of this car.

The i3’s unique styling is carried over inside, where a clean, uncluttered dashboard accentuates the spacious and airy cabin. Neat recyclable materials, like wood, not only give off an organic and genuine feel, but also further enforce the car’s eco-friendly mission, all while keeping intact BMW’s reputation for impeccable build quality. All information is displayed via two LCD screens, with a gear lever located directly on the steering column. While unique in design, its ergonomics are slightly compromised versus a standard console-mounted unit.

The i3 can be operated via three different drive modes – Comfort, EcoPro and EcoPro +, each significantly alternating the car’s range. In EcoPro +, the car even shuts down the climate control system to optimize battery life; not our favorite mode considering we were driving the thing during late November weather. We found EcoPro was the ideal configuration for our given situation. 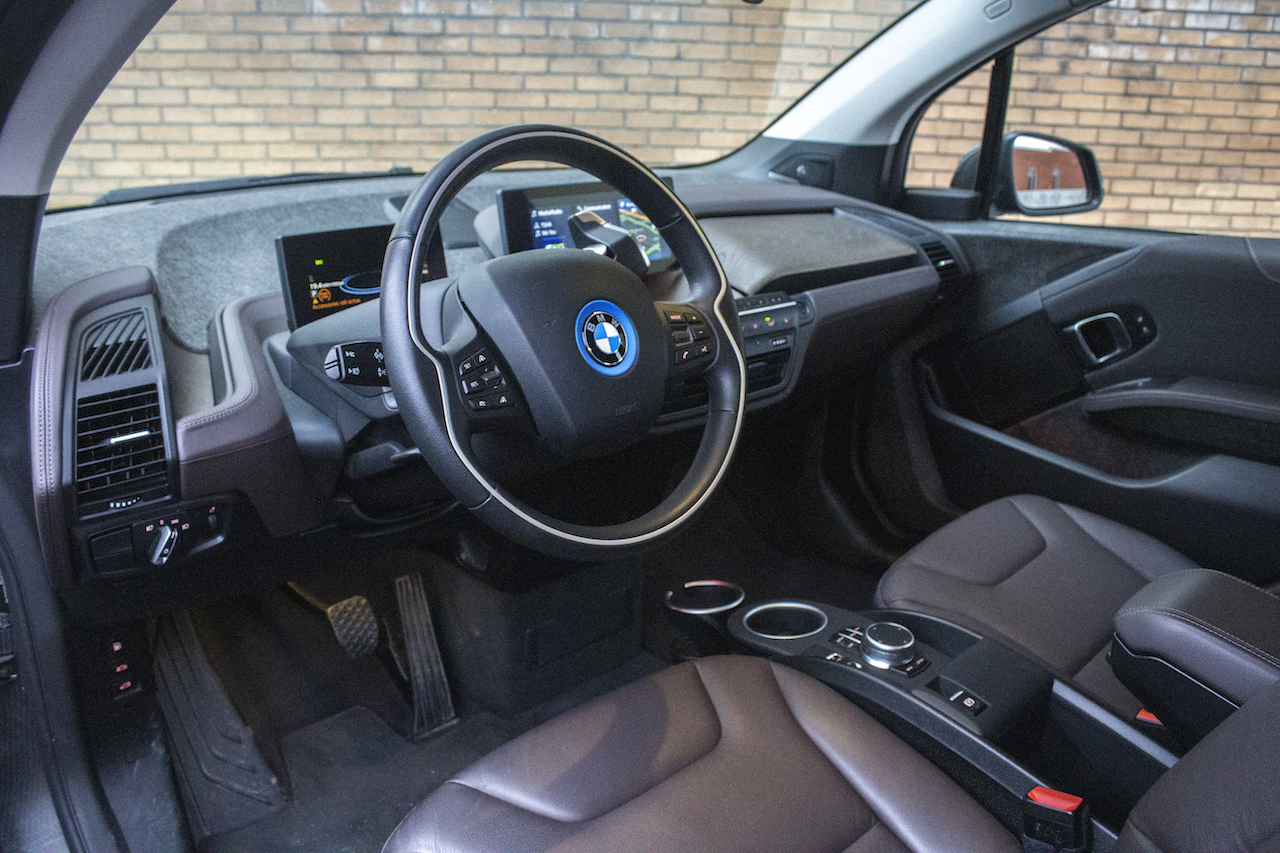 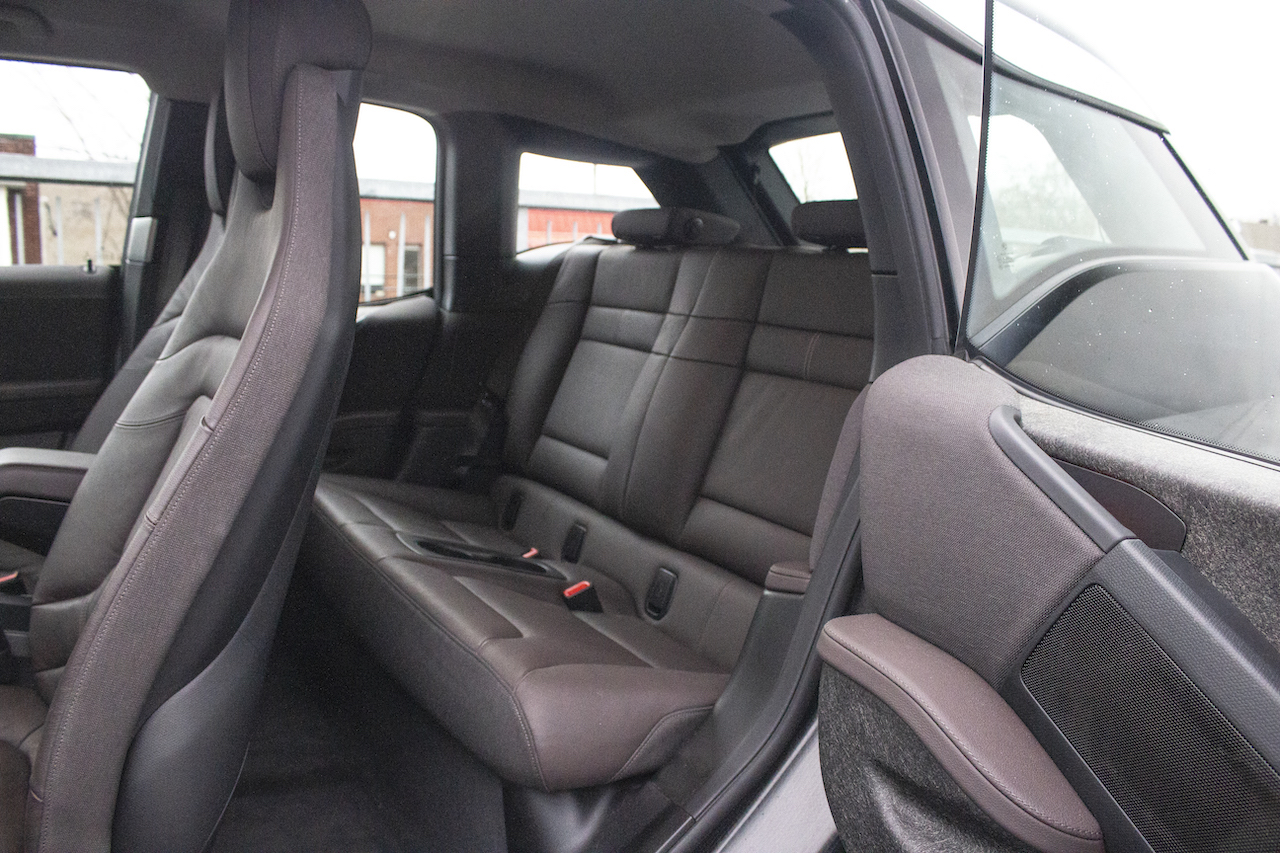 While that gear selector had us cursing, we continue to congratulate BMW for its ever-so-intuitive iDrive infotainment interface. What was once a mess in user-friendliness now ranks as one of the top systems currently on sale. Not only is it easy to manipulate, either from the touch screen or the center console-mounted rotary dial, its menus are clear, easy to comprehend, with simple commands that can be executed quickly and without much distraction.

Yet, amidst all this greatness, we still don’t understand why Android Auto compatibility isn’t part of the picture.

On the road, the i3 exhibits a surprisingly agile and refined ride, feeling heavier, quieter and larger than its narrow stature suggests. It’s also properly quick thanks to the immediate torque generated by its electric motor, accomplishing 0 to 100 km/h sprints in a swift 6.6 seconds, on par with some gasoline-powered sport compact cars.

Handling is also an i3 hallmark thanks to the low center of gravity afforded by the floor-mounted batteries and the rear-engine/rear-wheel-drive configuration. While, yes, its narrow tires won’t generate BMW M2 levels of grip, the car’s chassis is capable enough to attack highway on-ramps at high enough speeds to have fun without getting scared, feeling well planted and confidence-inspiring through the process. 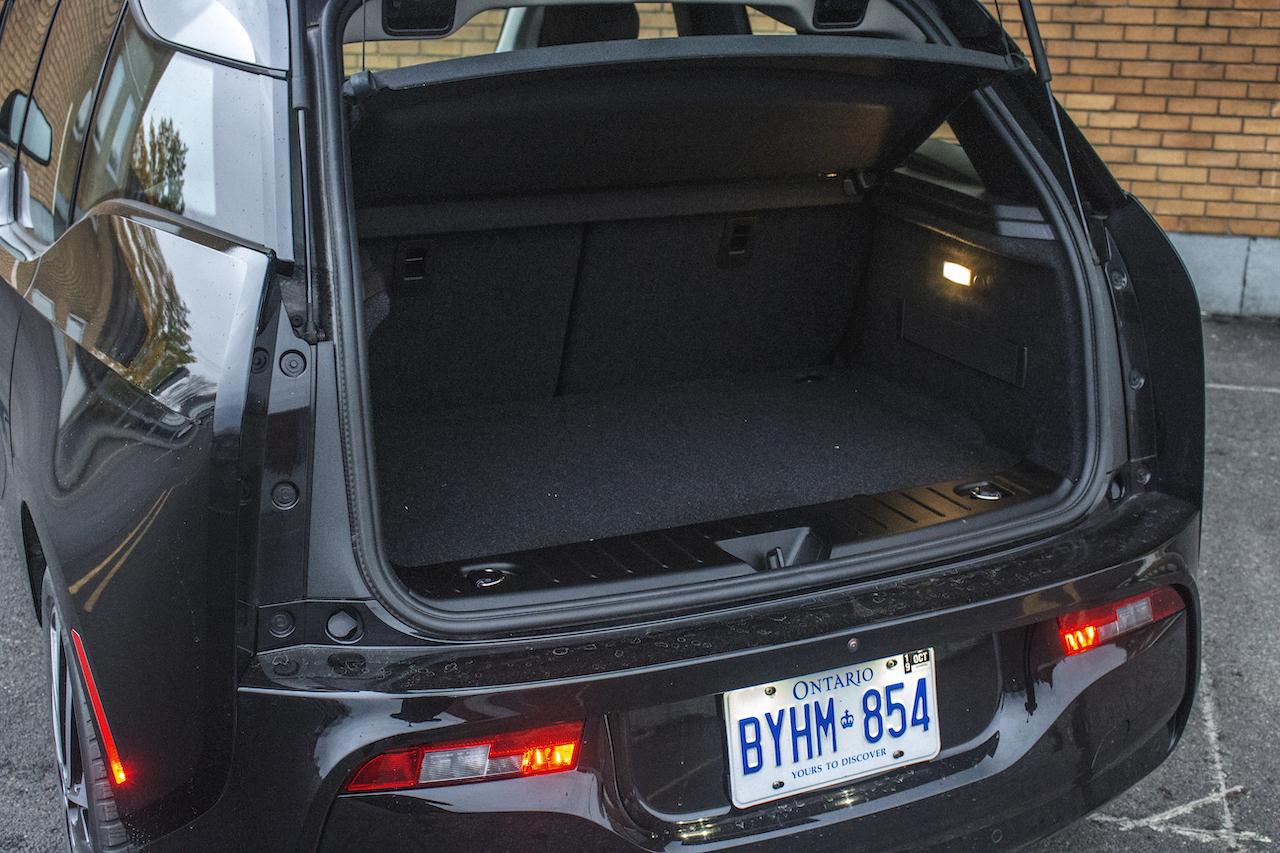 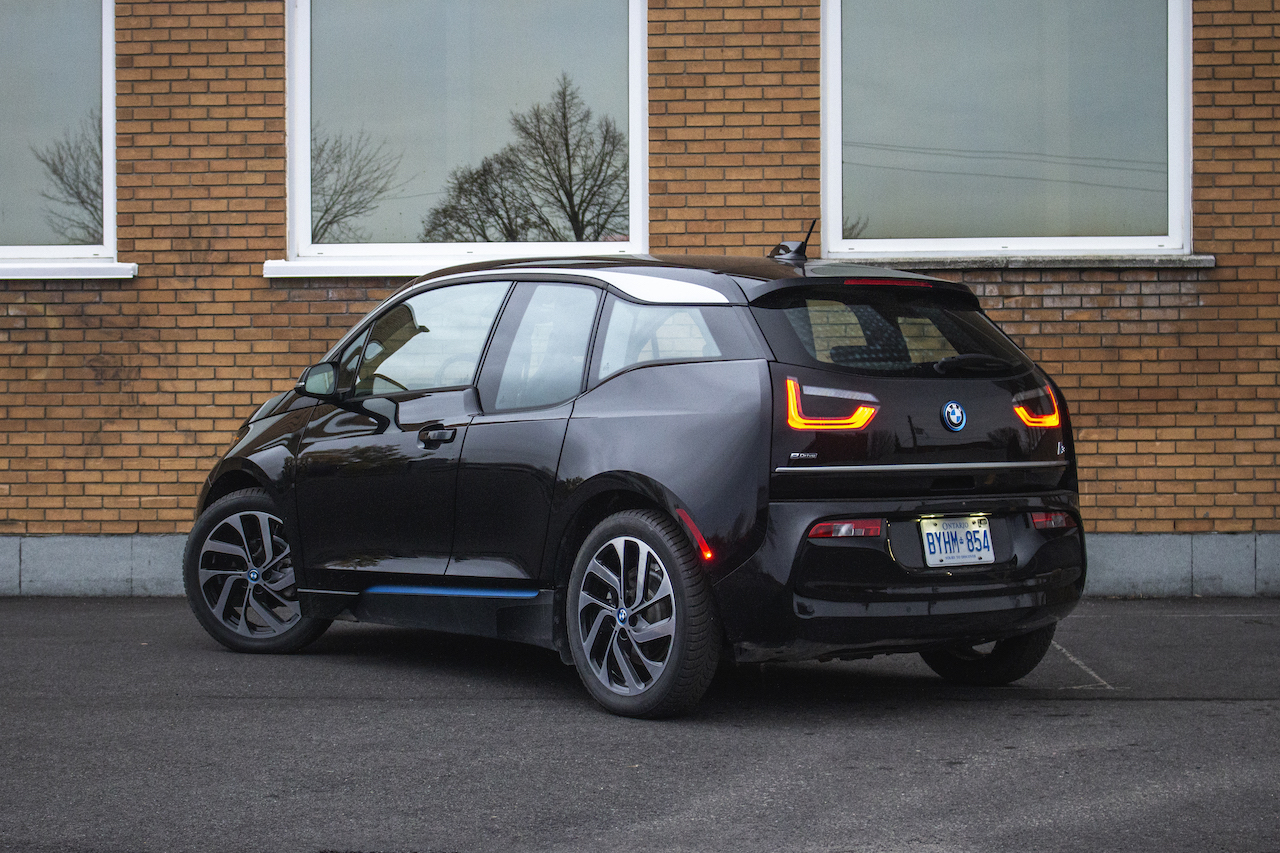 Inevitably, where the i3 let us down was in range where, due to the cold weather, it dropped down to a mere 190 km. That’s not a lot, which had us stay within city limits. Doing so at least prevented us from having to rely on the gasoline generator.  Never once did we use fuel, as Québec’s intelligent Electric Circuit network had us finding charging stations everywhere we went.

It’s obvious that at this point the 2019 BMW i3 is being outclassed by more affordable electric vehicles, both in terms of range and price. But it doesn’t take a back seat in refinement, comfort and sheer driving pleasure. While weird and quirky, it’s still all BMW, all well-built, and all German engineering. It also looks like nothing else on the road. After all, what’s the point of driving an electric car if everyone doesn’t know it’s electric? 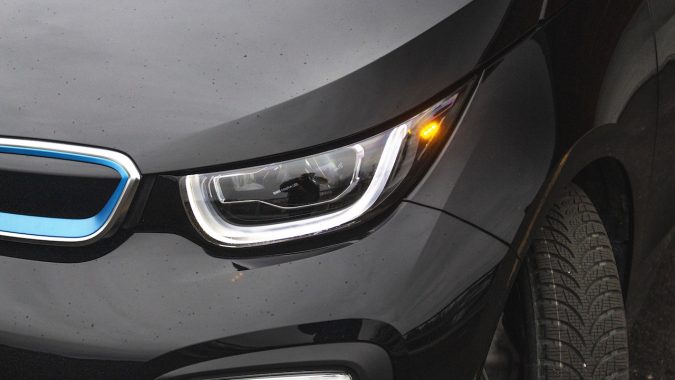 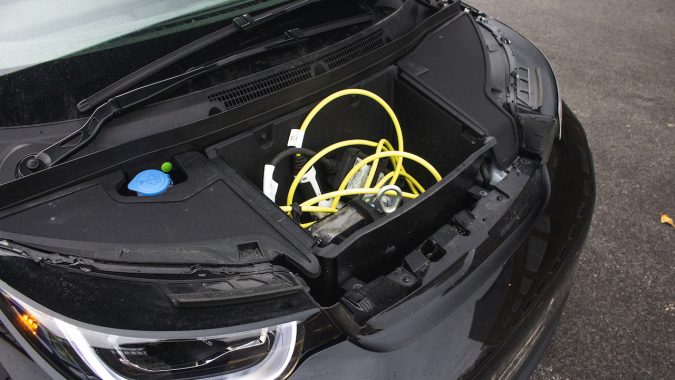 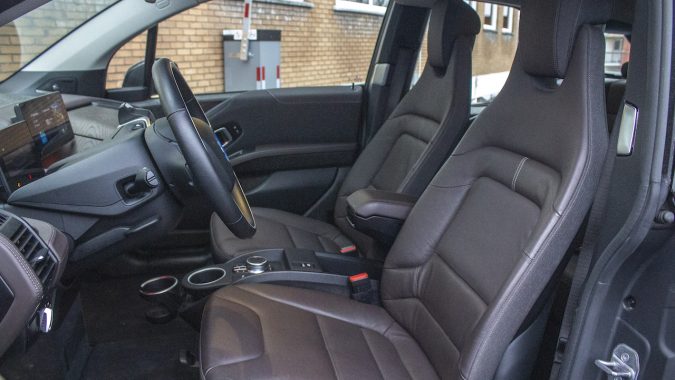 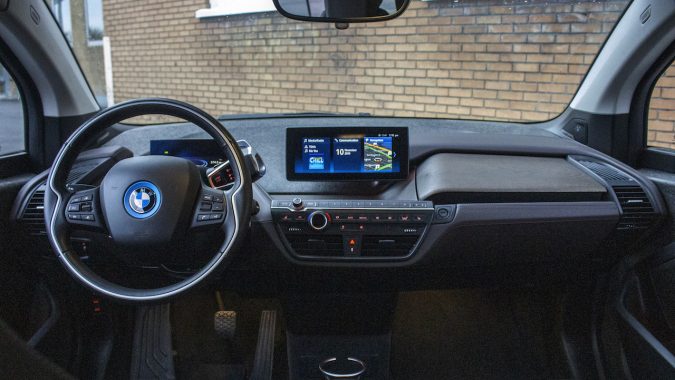 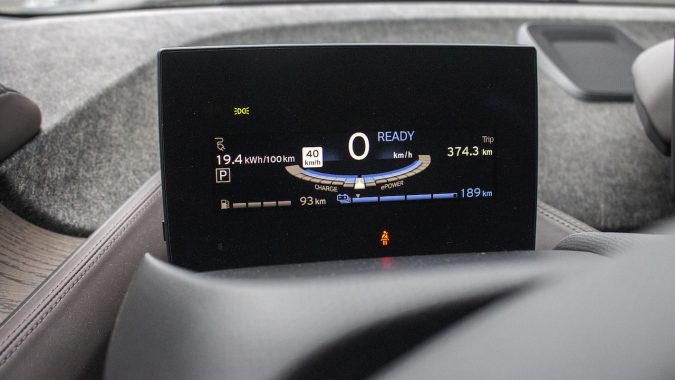 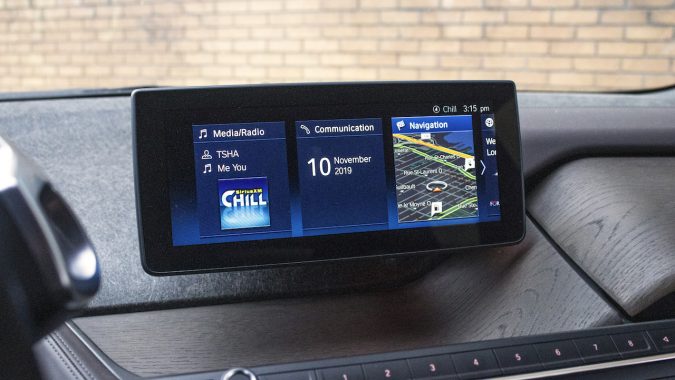 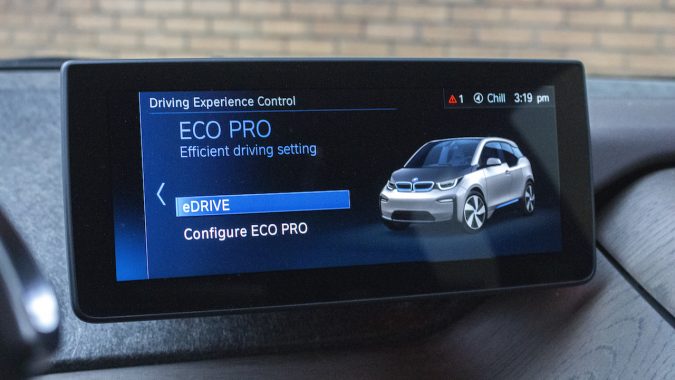 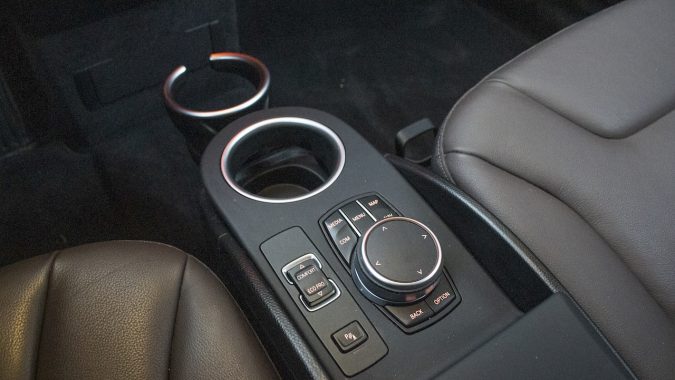 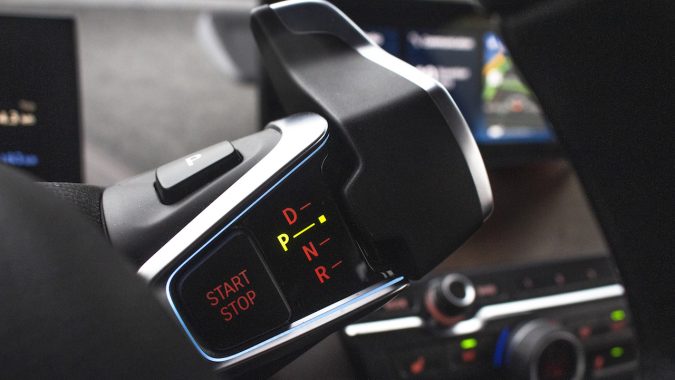 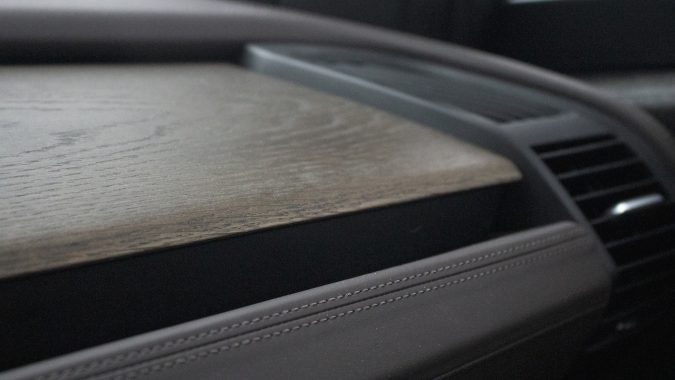 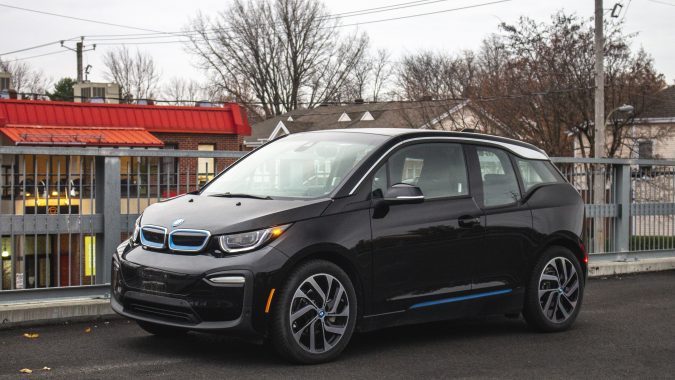 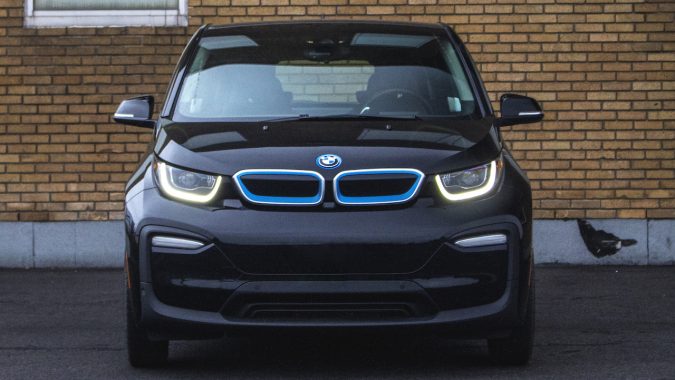