Everything old is new again for Honda’s luxury brand these days.

Do you remember the ‘precision crafted performance’ tagline from ‘90s Acura marketing?

Well, whether you do or not, the slogan is back, and it’s affixed to the bottom of every display ad and commercial associated with the brand.

How about the NSX supercar? Acura’s iconic nameplate was at its zenith in the late ‘90s, and then disappeared for more than a decade before roaring back to life in 2016.

Leaning into one’s own best history, or best-known at least, is important for all brands, but it’s vital for those that operate in luxury segments. A good way to cultivate prestige and desirability in the eyes of consumers is to constantly remind them of a brand’s rich history.

When I asked a high-ranking American Honda executive about the return of these brand touchstones at the Honda Indy Toronto last summer, he told me the decision to bring them back was nearly unanimous internally. He told me it’s critical not only for Acura’s revitalization now, but for it’s long-term future. 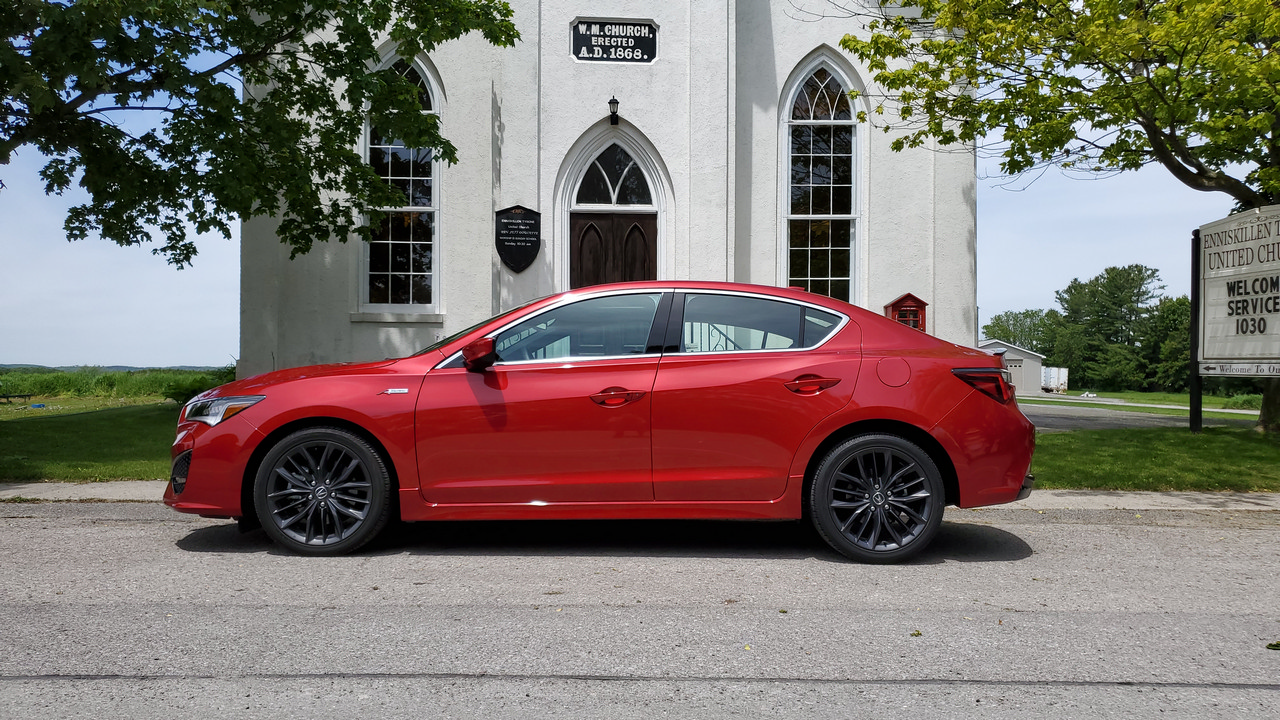 The latest example of semi-reincarnated Acura is the compact ILX sedan, which has been refreshed significantly for 2019.

In production since 2012, the ILX is based on the ninth-generation Civic and is still in its first-generation although it has been updated twice, the first coming in 2016. Despite still being relatively new, the ILX has had a lot of change thrown at it in its seven years.

Once available as a hybrid, and with four engines and three transmission options, the 2016 facelift ushered in a single powertrain for all ILX models. The 2.4-litre 16-valve dual-overhead cam 4-cylinder engine with Honda’s iVTEC variable valve timing produces 201 horsepower at 6,800 rpm and 180-lb-ft. of torque at 3,600 rpm. Paired with the 2.4 is an 8-speed dual-clutch automatic that drives the front wheels. 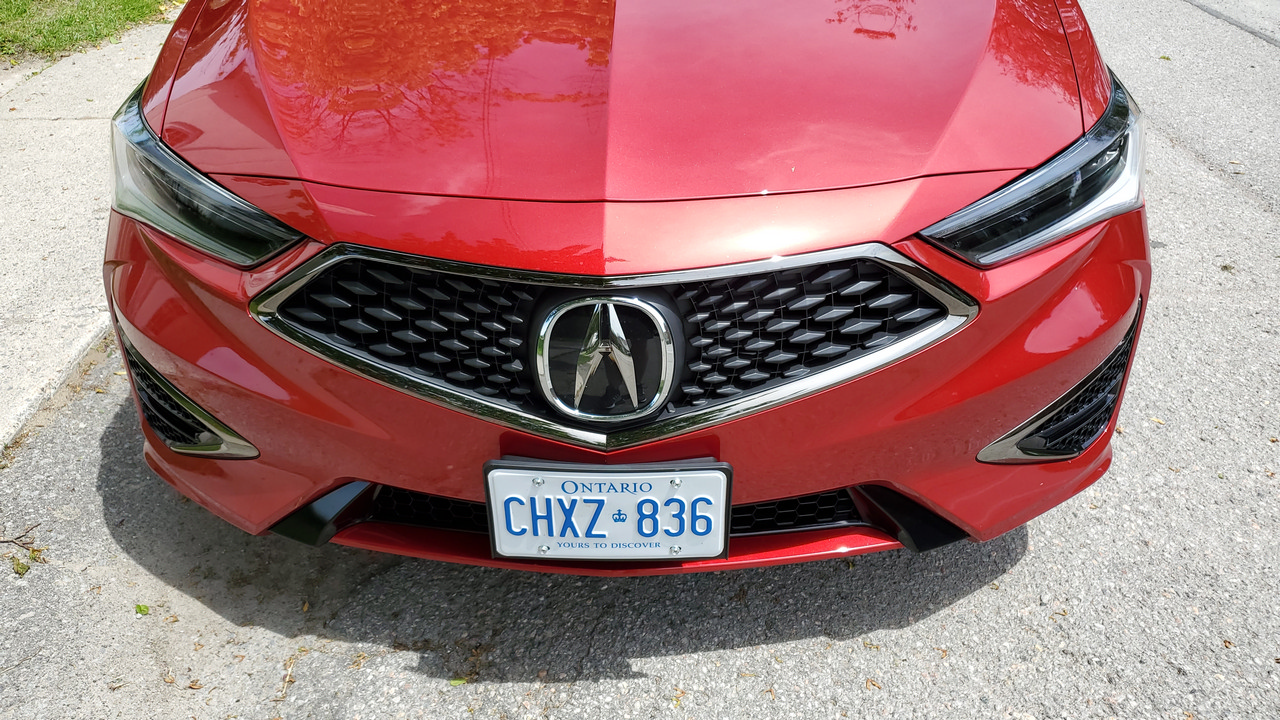 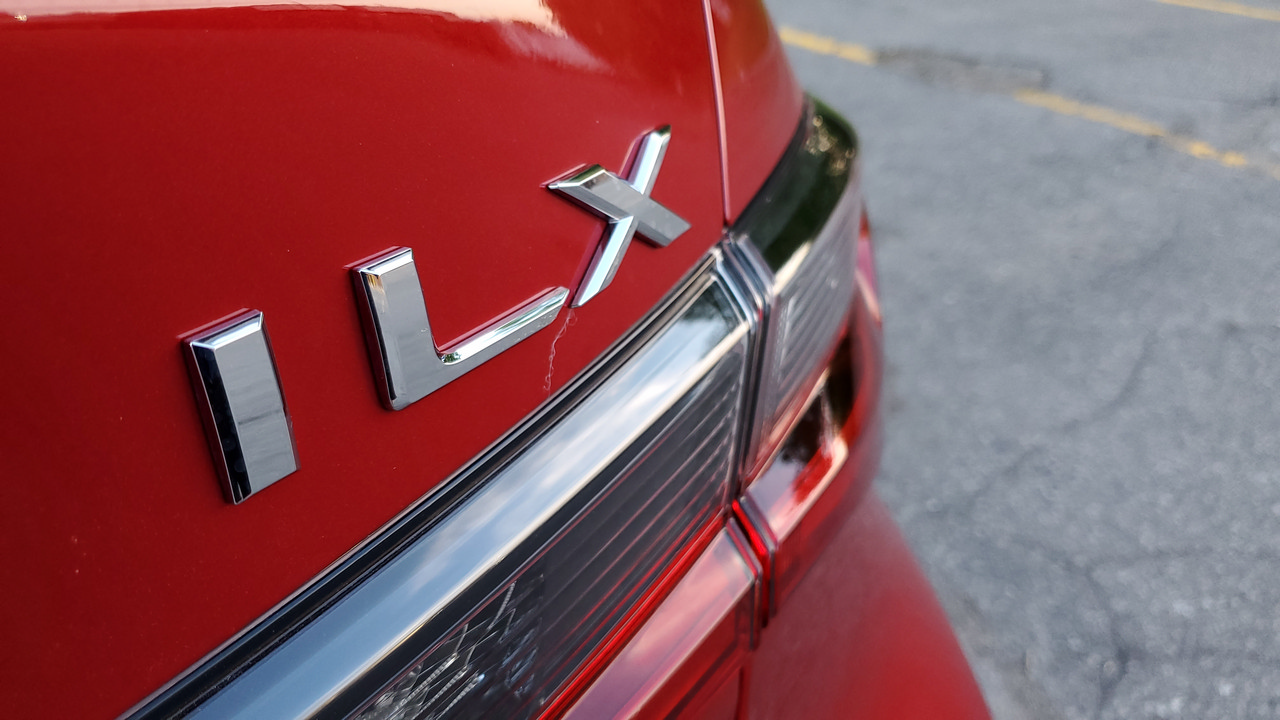 For 2019, the ILX receives a slew of design and content changes. In terms of the exterior, the most prominent include the addition of Acura’s signature Diamond Pentagon Grille and new 7-element Jewel Eye LED headlights, along with a new hood and front fascia. The rear sports a new decklid, lower diffuser, exhaust outlet, and LED taillights. New 17-inch wheel designs and colour options are also available. 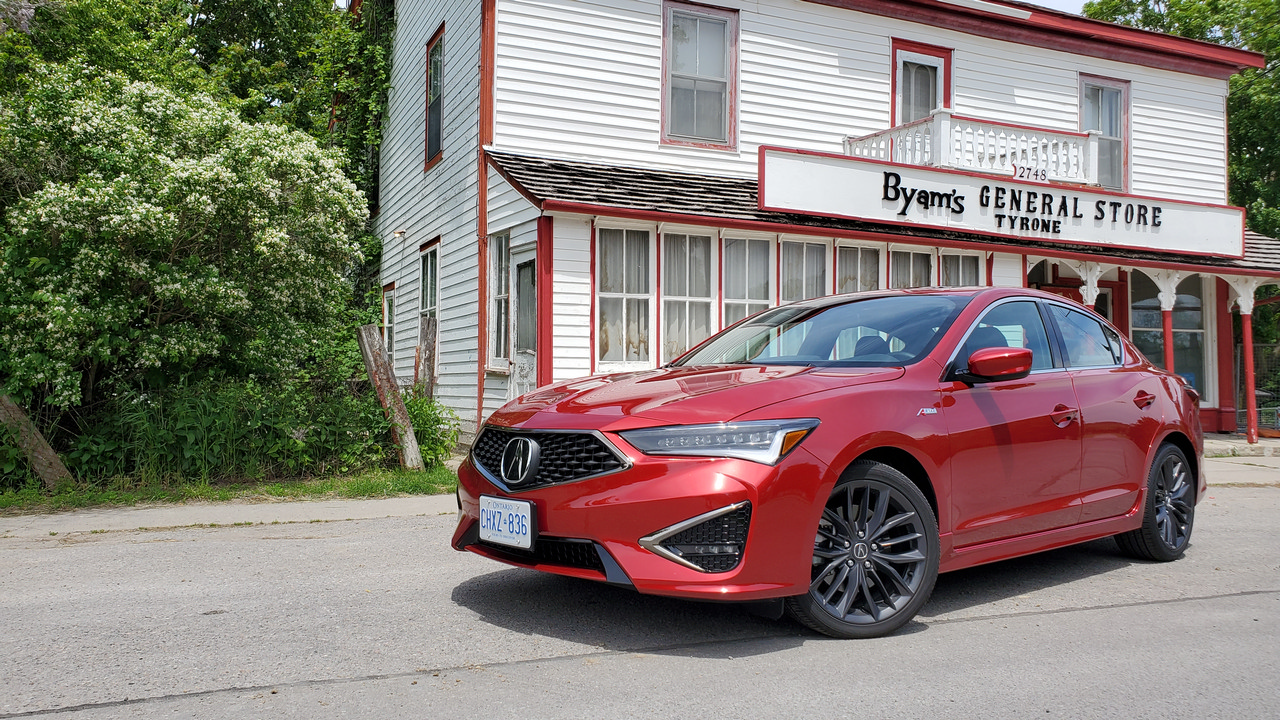 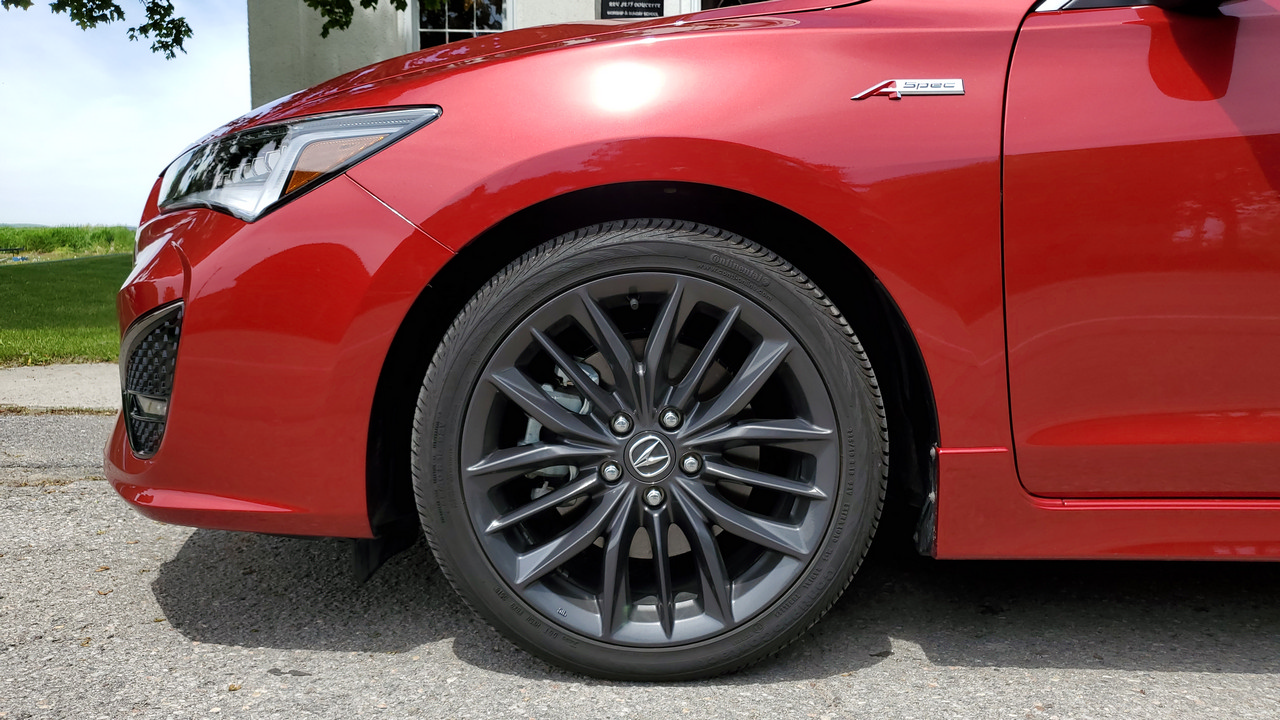 Honda Canada furnished me with a Performance Red Pearl Tech A-Spec tester. The A-Spec trim is new to the ILX line for 2019 and, as is the case with other Acuras, it adds trim-specific design elements and equipment. 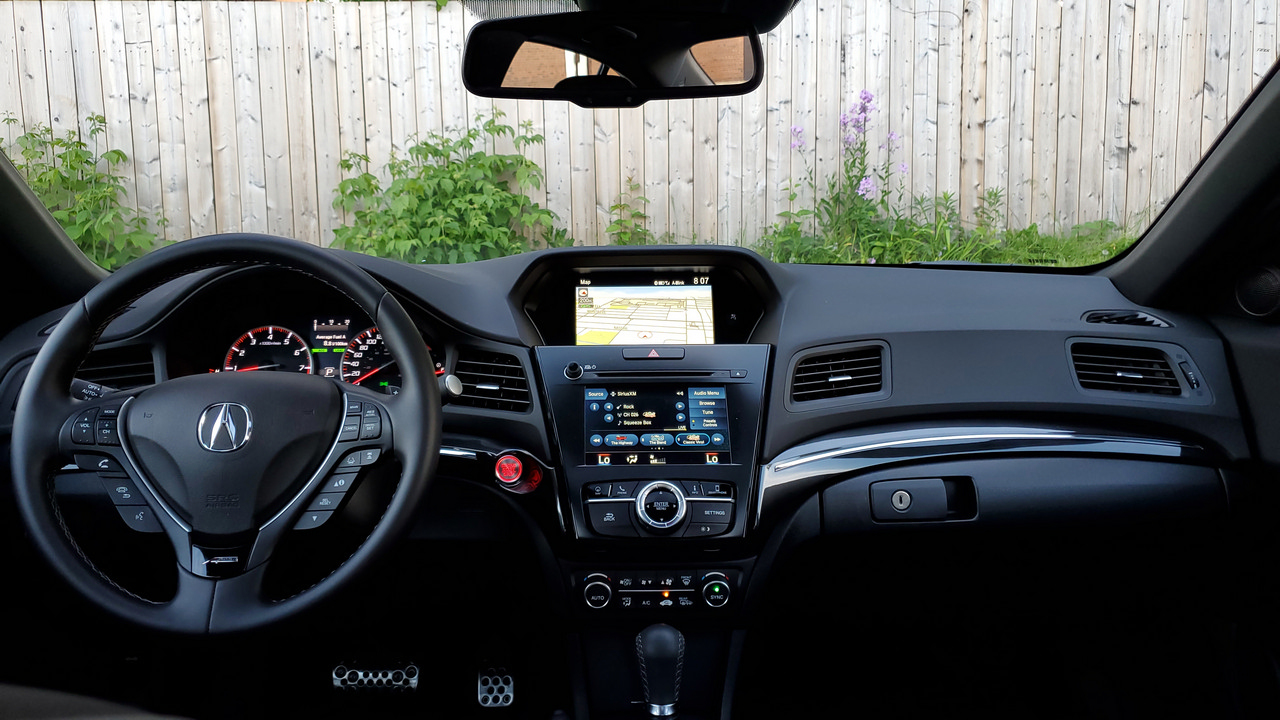 The ILX was a handsome – if a tad conservative – looking sedan before 2019, and it’s even more so now. One could make a reasonable argument that the homogenizing effect of corporate grilles and headlights bleeds the unique character out of each model and restricts consumer choice, and while I can appreciate that notion, I like Acura’s use of the Diamond Pentagon grille.

The front ends of all models now have a much more aggressive, contemporary, and yes, unified look, but given how dull their predecessors had become, I think the decision to adopt the Diamond Pentagon aesthetic was a low risk move that has paid off.

It looks great on the ILX, especially on A-Spec models, with their larger 18-inch wheels, unique bodywork and bright colours, such as Performance Red Pearl.

On the inside, the ILX is comfortable, well-finished, and loaded with content. While I’m not the biggest fan of dual screens, the execution here is straightforward and easy to use. The top is a map, while the bottom is a touchscreen that governs items such as stereo and navigation. Climate functions have been wisely assigned to buttons and knobs, as it should be.

The sport seats deserve a mention here also for being comfortable, supportive and great to look at with an appealing mix of leather and Ultrasuede and finished with contrast stitching and piping. 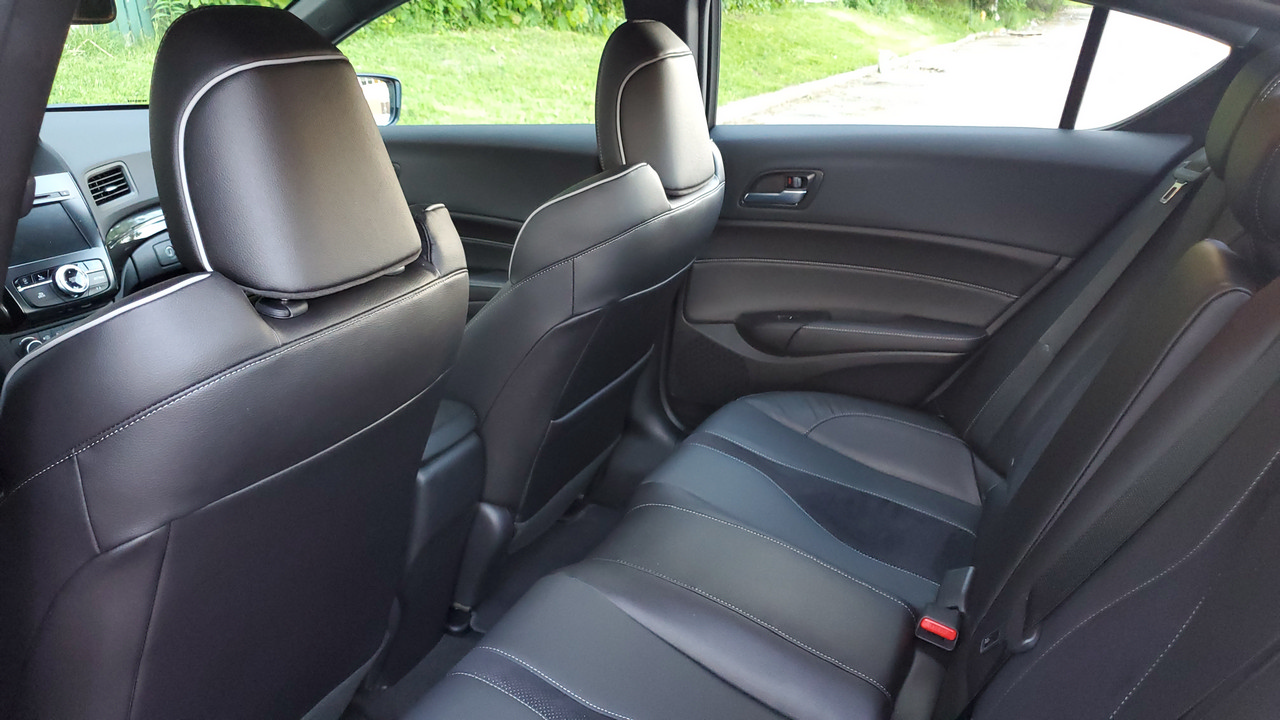 On the road, the ILX acquits itself well. Despite not having a fire-breathing engine or a manual transmission option or all-wheel drive, the ILX scoots along nicely.

The 2.4-litre four is tuned for peak horsepower high in the rev range, but peak torque comes in at just 3,600 rpm, which provides for a surprising amount of pull given its relatively small size and lack of forced induction. It’s certainly more than adequate in normal driving conditions, both around town and on the highway. Noise is detectable under hard acceleration, but the engine is reasonably quiet otherwise.

A sport mode sharpens throttle response for even faster off the line response, and the 8-speed DCT does allow for manual shifting thanks to steering wheel-mounted paddle shifters. I didn’t drive it on a closed course, but the ILX’s steering feels direct and responsive. The ride is firm but not backbreakingly stiff and sound insulation is good for small car. 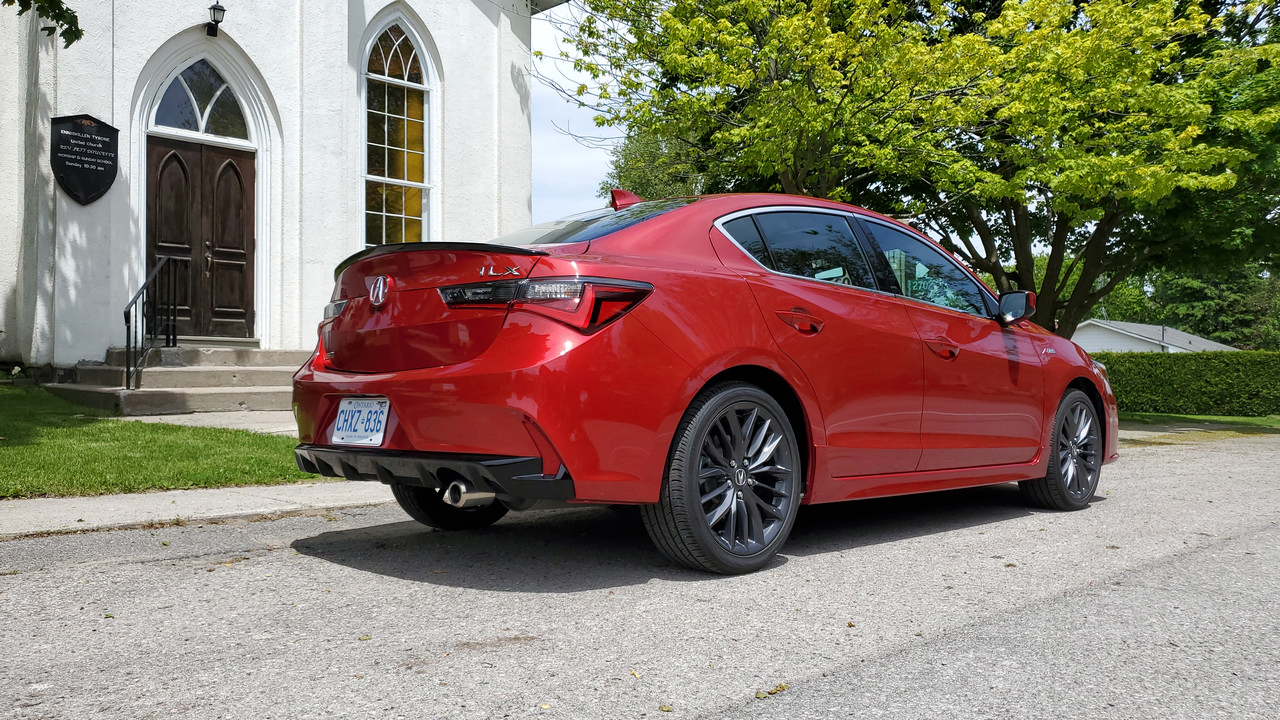 The ILX is not the sexiest entry in Acura’s lineup, but it’s tastefully designed, comes with a lot of stuff for the money and is quite pleasant to drive. While A-Spec trims sadly don’t provide any extra performance, they add to the visual appeal and that’s good news for the ILX.

The insertion of the NSX into some of the ILX’s marketing is a bit of a stretch, in my view, but as I said at the outset, you leverage what you’ve got, and it never hurts to associate regular cars with a supercar.

While its future is uncertain, as it is for many passenger cars these days, Acura has squeezed about as much out the ILX in its current form as one can reasonably expect. Here’s hoping this iteration won’t be the last. 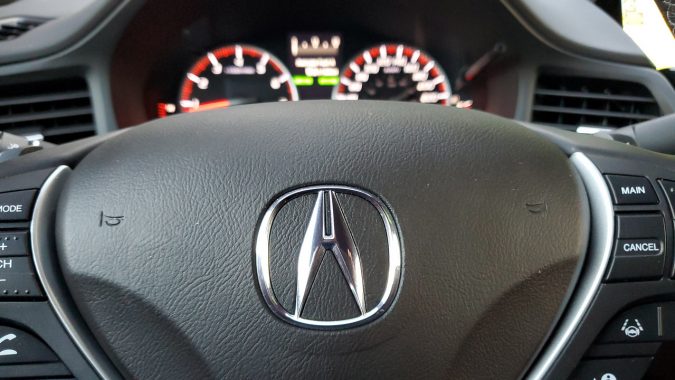 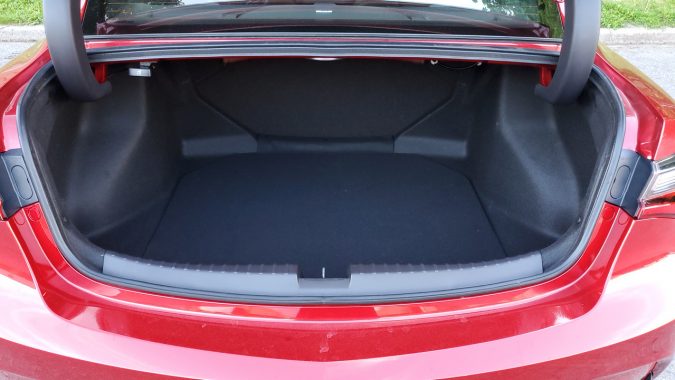 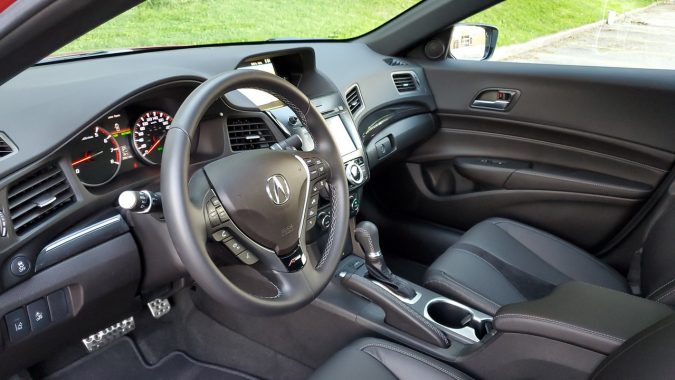 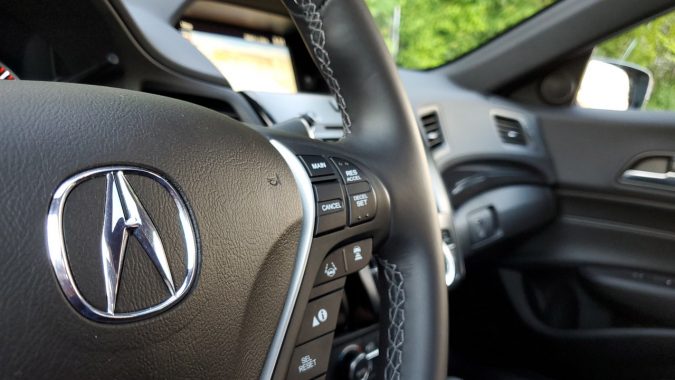 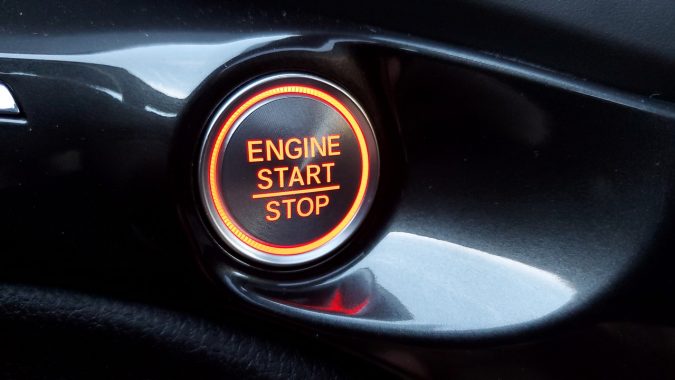 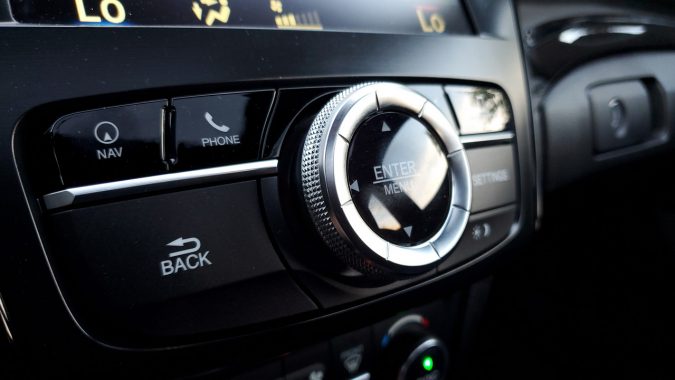 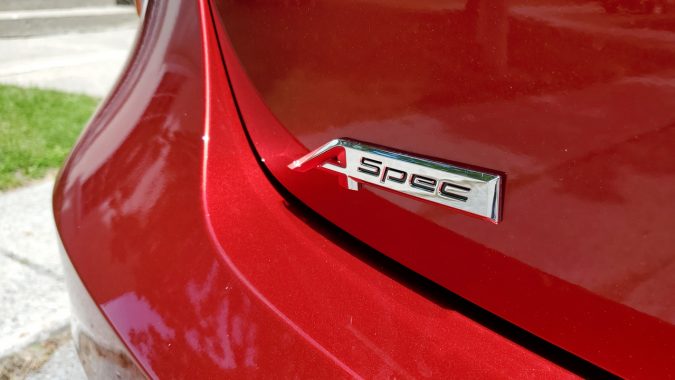 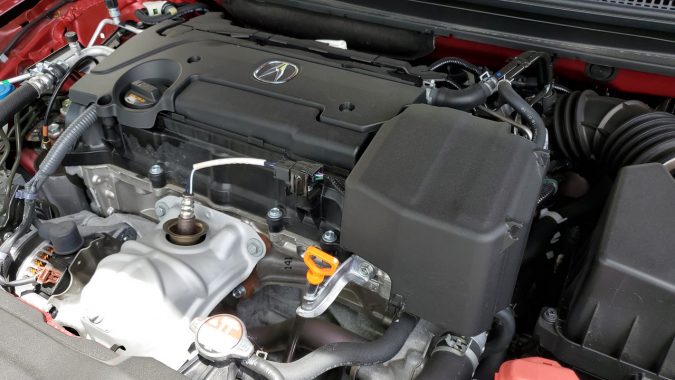 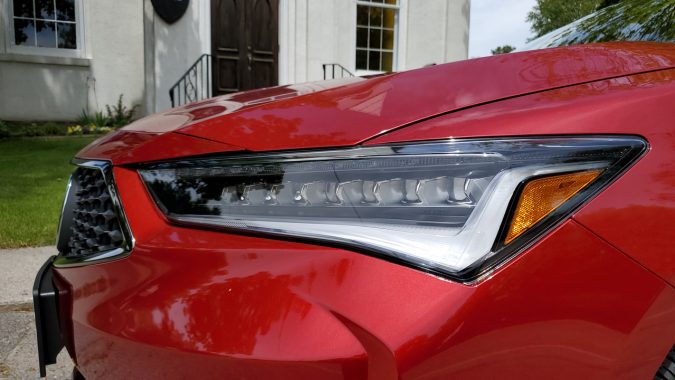 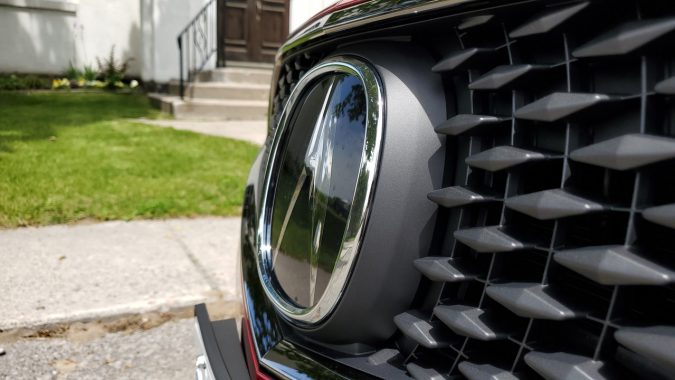 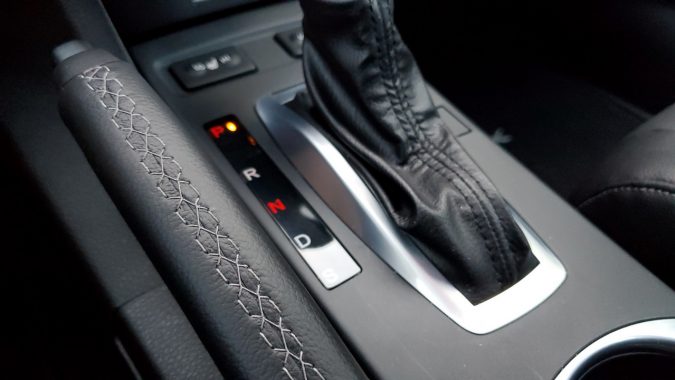