Don’t tell Volvo wagons have to be boxy

The Europeans get it.

They understand wagons and still buy them in big numbers in spite of the huge jump over to SUVs and crossovers.

A week with a gorgeous 2018 Volvo V90 T6 left me more convinced then ever that the good old station wagon is as viable today as it was back in the ’60s and ’70s when our North American roads were awash with them.

Admittedly, Volvo has always been big into wagons and they do them well. And wagons in turn have traditionally been among the best-selling models for the Swedish-based manufacturer, which is now under the ownership of the Chinese firm Geely.

The V90 is one of five wagons in the Volvo stable along with the V90 Cross Country and three V60 variants.

But it’s not just Volvo that is still in the wagon game in Europe. Take a look also at Audi, BMW, Volkswagen and Mercedes-Benz and the wagons they have on the market and you understand that Europeans haven’t gone totally ‘crossover crazy’ like on this side of the pond. 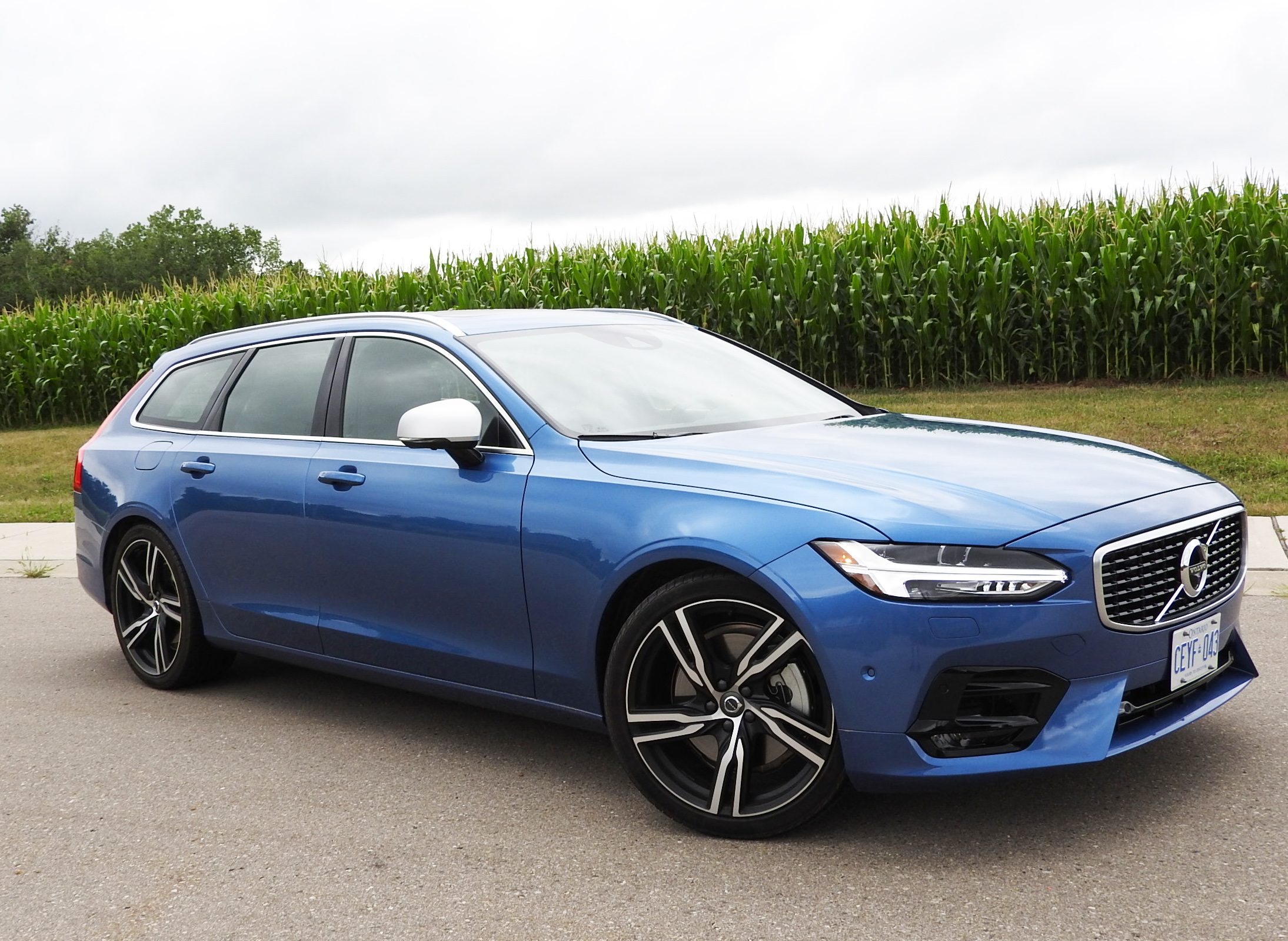 While many SUV owners love the extra ride height they provide, Volvo is betting there are still sufficient numbers of buyers who want a vehicle that is more sedan-like and handles better than the bigger, bulkier SUVs.

The V90 wagon certainly has a lot going for it— it is roomy, comfortable and loaded with all the luxury toys one could imagine.

But what really floored me after my week with the car was the number of comments it elicited out in the public.

“Wow, what a car! Love the styling,” was what one neighbour had to say as he ambled along the sidewalk past our driveway.

Funny, but that same guy hadn’t said a word a few weeks before about a $150k-plus SUV that was parked in the same spot.

It just goes to show that even a station wagon can be an eye-catcher and there’s no doubt the V90 in R-Design trim and Bursting Blue Metallic paint is that. 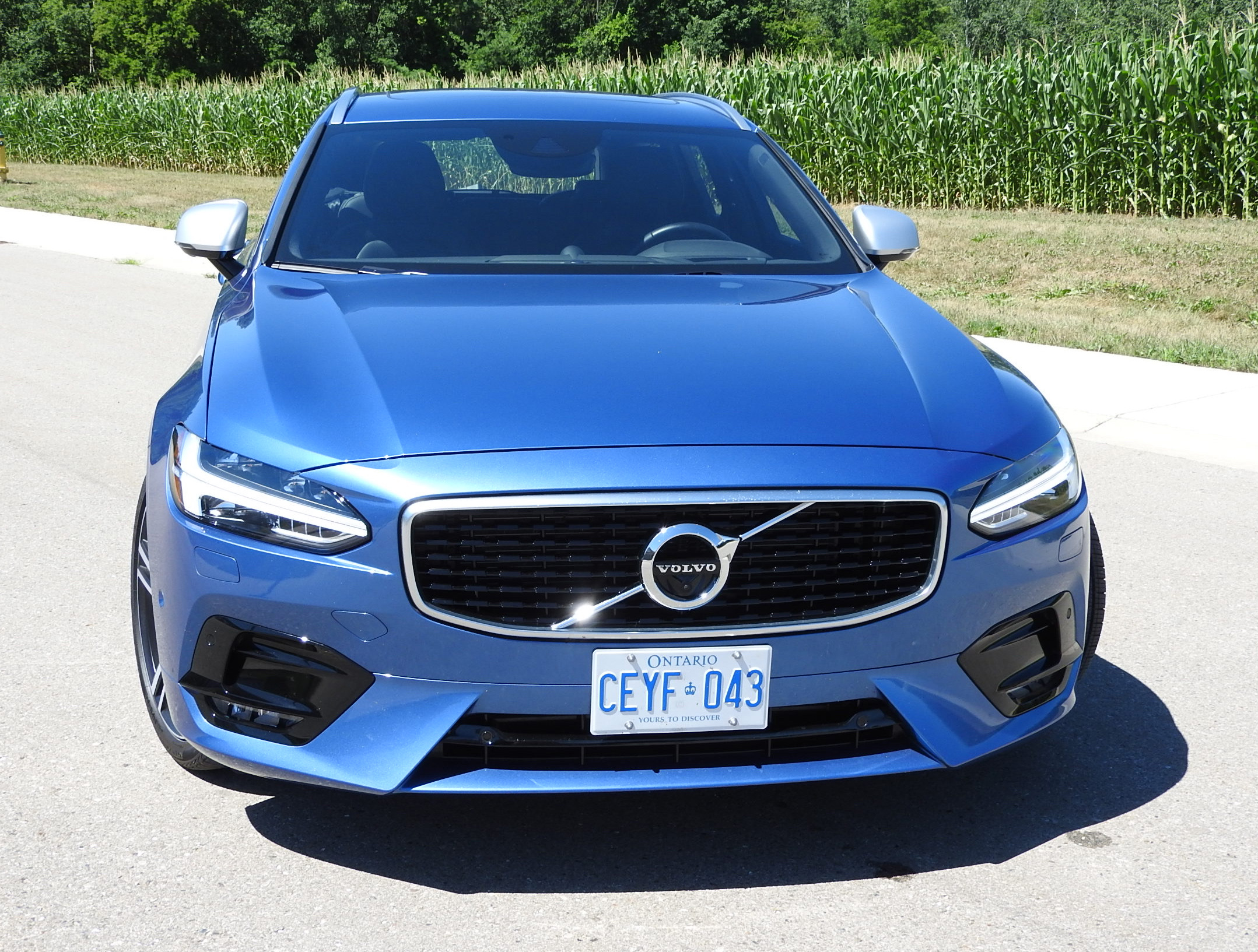 All of Volvo’s 90-series vehicles are built on the company’s fully modular Scalable Product Architecture. The V90 has the appearance of a much longer vehicle than the S90 sedan, but in fact it is a tad shorter at 4,936 mm.

In R-Design form, the V90 sits long and low with ample interior space for passengers and cargo alike. Rear seat legroom is generous and in back there is 560 litres of cargo room behind the rear seat and 1,529 litres with the rear seat folded.

Speaking of the interior, it is a thing of beauty — luxurious and modern yet simple and elegant with a distinct Scandinavian touch.

Volvo has taken its cars decidedly upscale in the past few years into the premium segment of the market as prices for the V90 will attest.

Power comes from a 2.0-litre turbocharged and supercharged inline four-cylinder engine that makes 316 hp and 295 lb/ft of torque in T6 AWD form. It is mated with an eight-speed Geartronic automatic transmission.

Mercedes-Benz Brings Back the Wagon

This only touches the surface as the features included are just too numerous to mention.

As always with Volvo, safety is No. 1 and our V90 T6 tester included as standard fare the City Safety system. It gives you low and high-speed collision mitigation with pedestrian/cyclist and large animal detection and run-off road mitigation and protection. 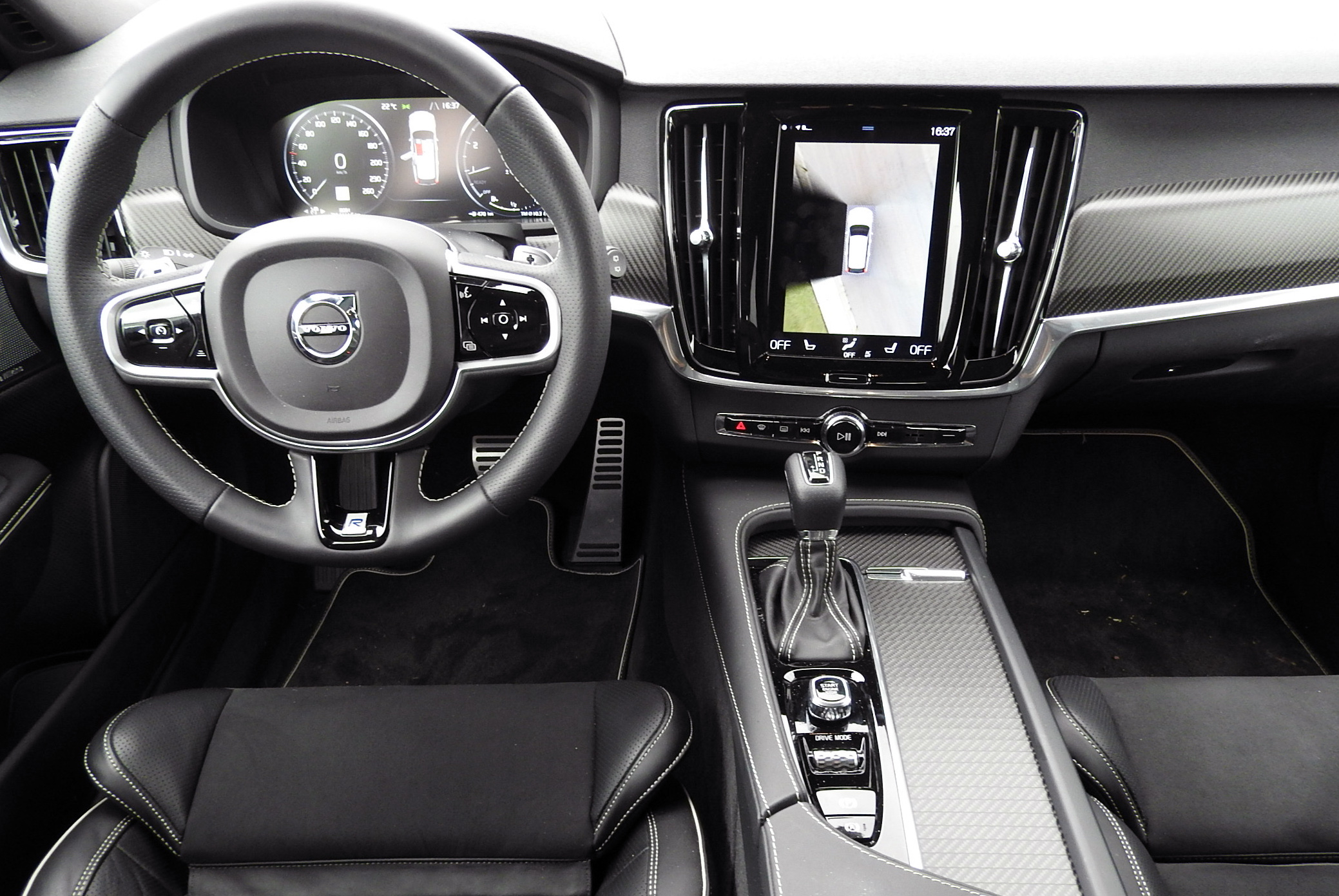 The XC60’s Sensus infotainment system is a favourite of mine because of its simplicity. Controls for audio, navigation, media, phone and climate can be accessed via a touchscreen that is so easy to.

While I’m old school and still prefer buttons and knobs to access dashboard features, many will find the Senus system among the easiest to master.

Take the V90 out on the road, and here you see the value of a wagon over an SUV. While the XC90 does handle well for a big vehicle, the V90 is much more sedan-like.

It also has it over its S90 sibling in practicality due to its cargo-carrying capacity.

I make no bones about the fact that I’m a wagon lover and the V90 is just about as good as it gets these days, particularly in R-Design trim. 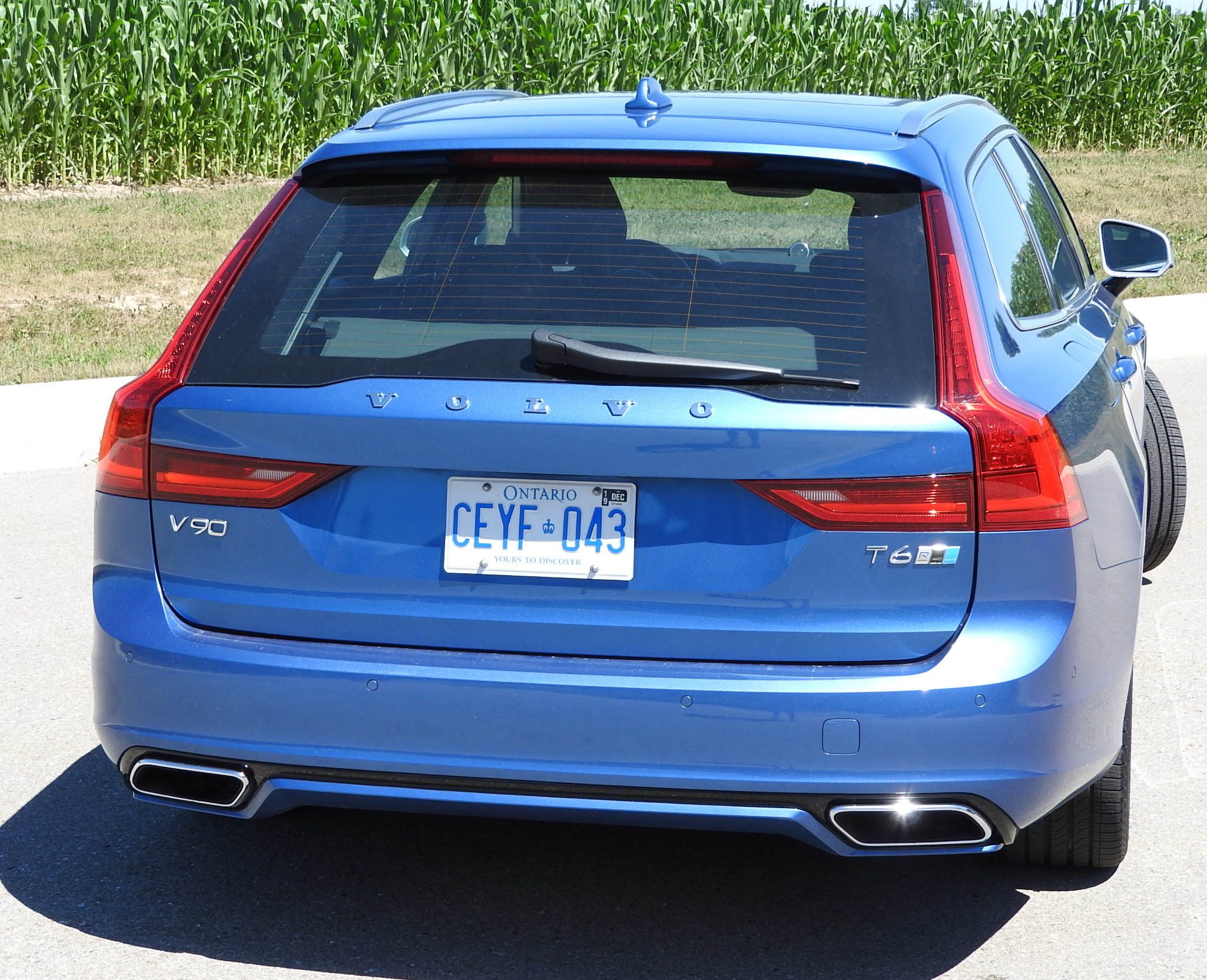 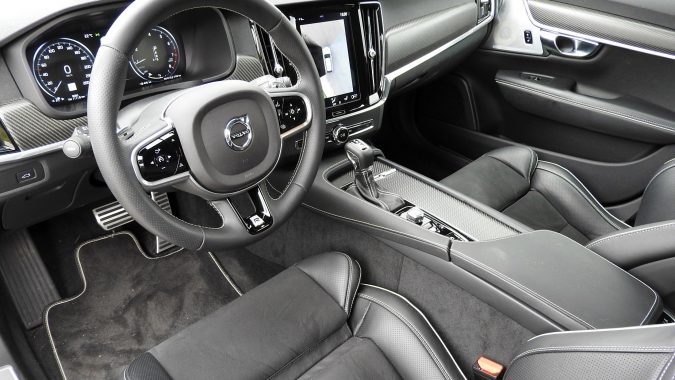 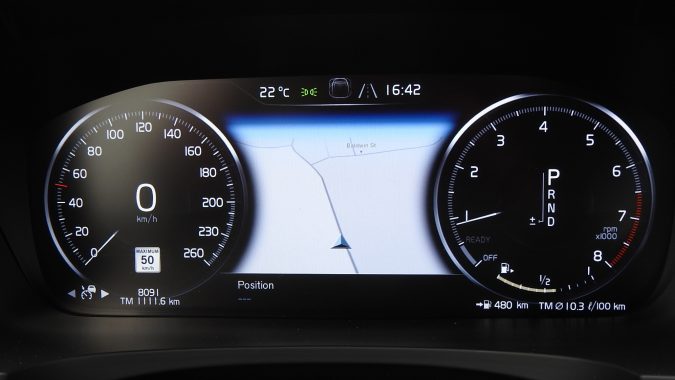 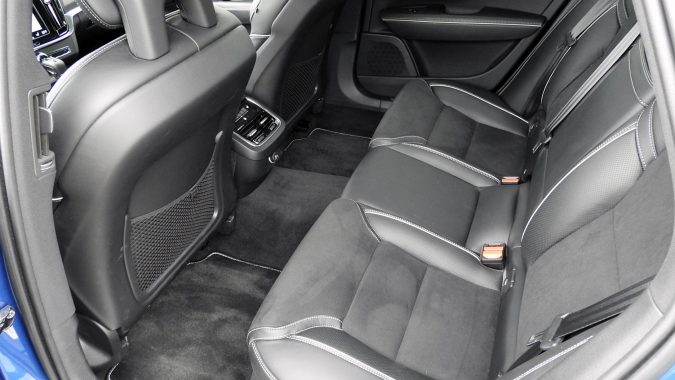 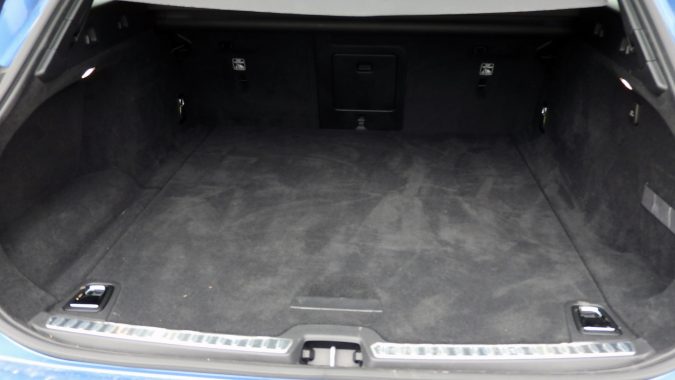 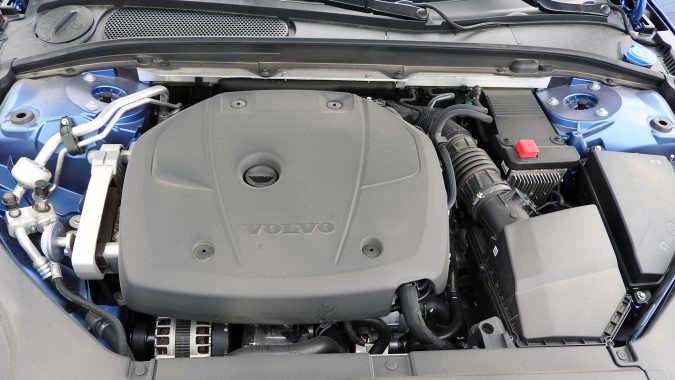 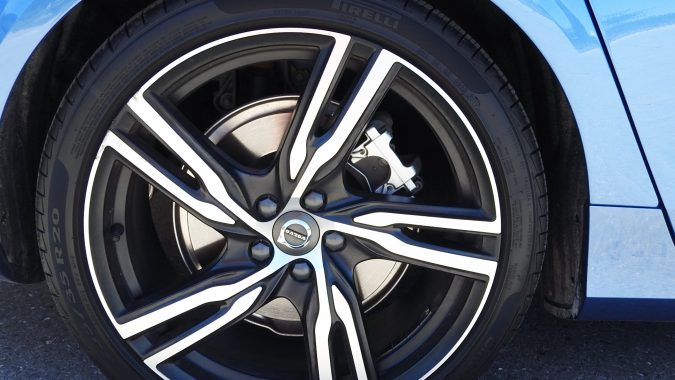 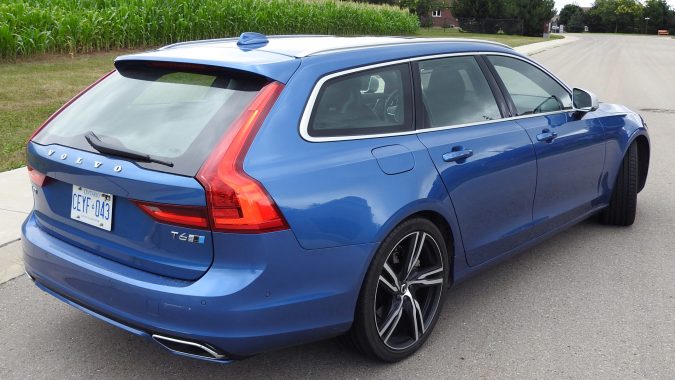 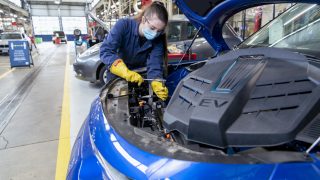