In March, Toyota unveiled the all-new 2019 RAV4 at the New York International Auto Show which is expected to hit showrooms near the end of 2018.

So before the 2018 disappeared from the press fleet I had the chance to remind myself why Toyota’s compact crossover is one of its best selling vehicles and a mainstay with many Canadian families.

In 2017 I drove a hybrid version of the RAV4. This year, my RAV4 featured a 2.5-litre, four-cylinder engine that produced 176 hp and 172 lb/ft of torque. It won’t win you any races but it is adequate for both city and highway driving.

The engine is mated to a six-speed automatic transmission which is also adequate for the work it has to do.

In fact, that seemed to be a theme for much of what I thought about the 2018 RAV4, adequate. I don’t mean that in a negative connotation.

The RAV4 does just what a family needs it to. It can carry a lot of cargo, drives well and can get you to where you are gong in comfort and style.

In fact, the week before the RAV4 I drove a Lexus NX300 compact luxury crossover and I prefer the RAV4 for all it offers at a much cheaper price. 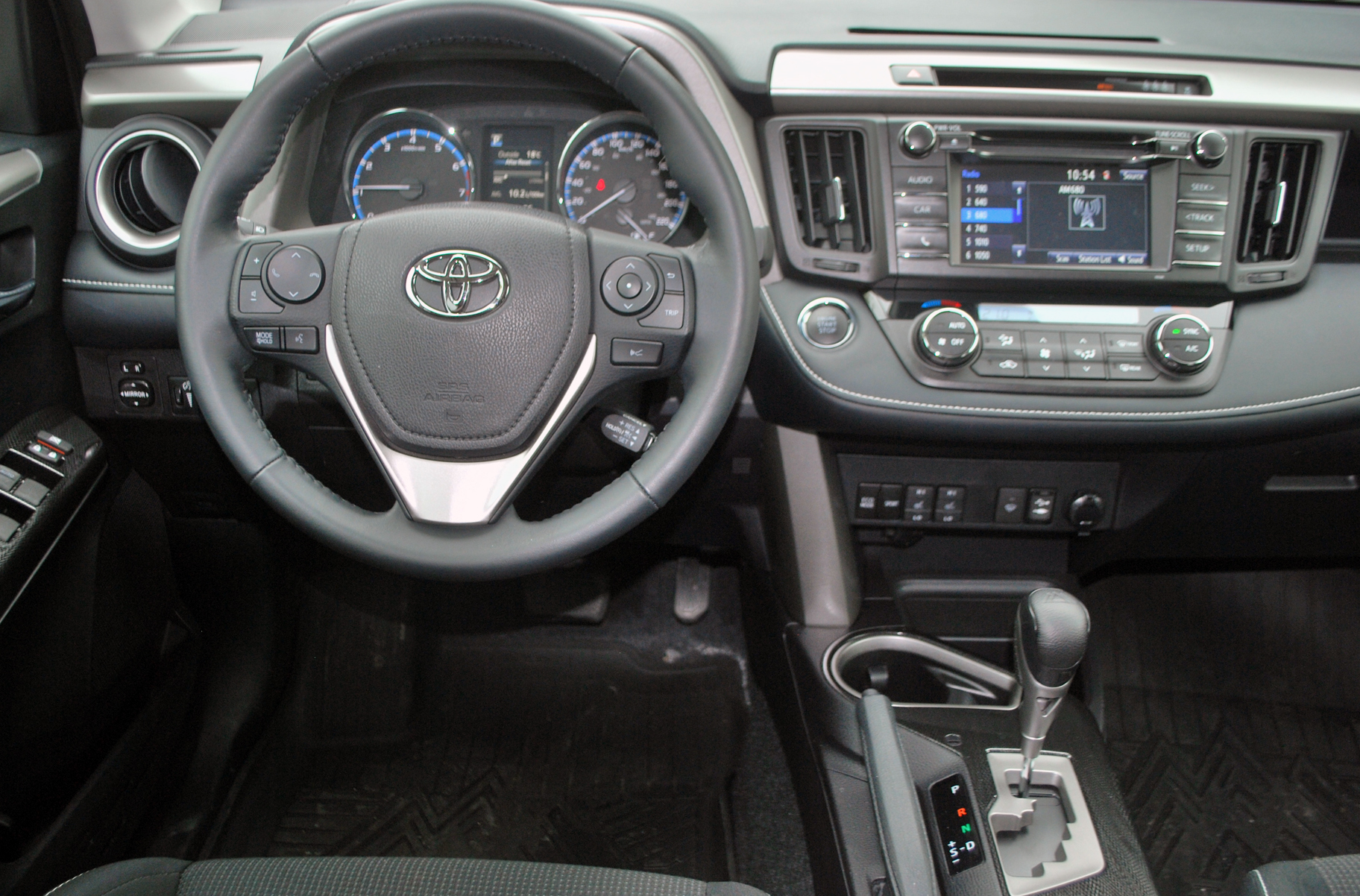 Where the RAV4 shines is the interior. Where the Lexus NX interior was overwhelming with all its buttons, the RAV4 shows less can be more.

The dash is well laid out with a very nice 6.1-inch display screen which was easy to operate. While the screen of the RAV4 is situated within the dashboard, the 2019 RAV4 moves the screen, now seven-inches big, slightly above the dash, similar to what you see in Mazda vehicles.

Toyota still doesn’t have Apple Car Play or Android Auto connection which is a negative of which drivers should be aware.

My tester for the week was the RAV4 all-wheel-drive XLE version, with an optional Trail package.

The Trail package is more decorative in nature offering body mouldings, badges, front and rear mudguards and a black-hood decal. The main part of the package is the upgrade to 18-inch wheels from the standard 17-inch wheels which gives the RAV4 a more aggressive look.

There is a RAV4 for all budgets starting with the basic front-wheel drive LE and ending with the top-of-the line AWD Limited which offers a Platinum package.

The all-wheel-drive is about $2,000 more than the front-wheel which is a wise option to choose when faced with our Canadian winters. 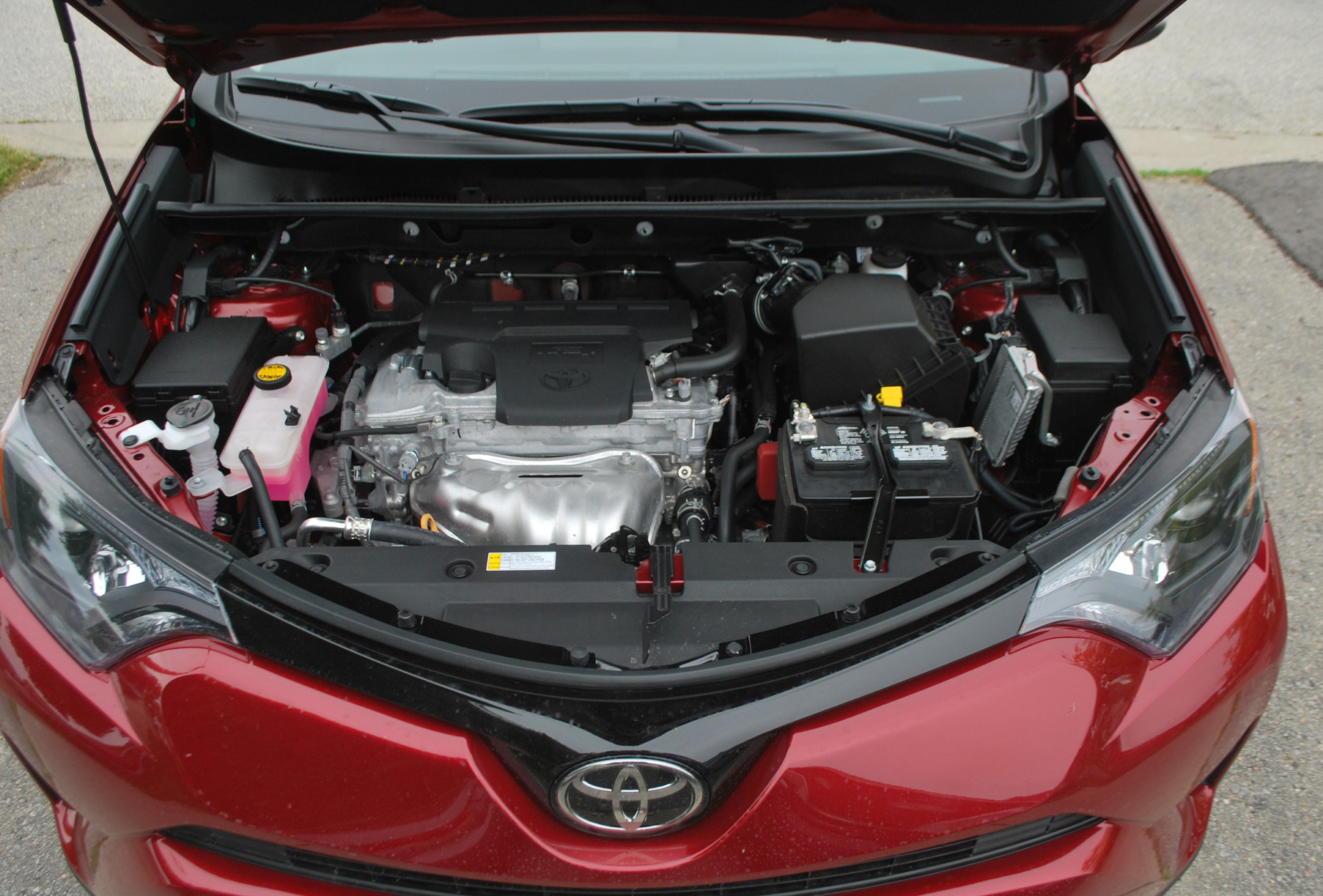 My XLE featured a very nice colour scheme in the interior with comfortable front seats and nice white stitching. I have seen pictures of red stitching which really stands out against the black interior.

One glaring thing out of place in the interior is a vent which sits atop the middle of the dashboard and sticks out like a sore thumb. From what I remember about the 2019 RAV4 interior, that vent is gone, or at least hidden by the new screen.

While I will never trust an autonomous vehicle, I am a big fan of the dynamic radar which keeps you at a pre-set distance from the car in front of you on the highway when the system is activated.

I have used it on long drives when there are few cars on the highway. I felt confident enough with the RAV4 to try it on Hwy. 401 driving back and forth to work and it worked well though I wouldn’t use it on a regular basis.

Two trips during the week showed how versatile the RAV4 can be.

A trip to the movies with two adults sitting in the back seat proved there is enough room for adult legs. My neighbour was very impressed with the RAV4, though, while the rear door opened automatically, we were both disappointed my tester didn’t have the door open automatically with a move of my foot.

A trip to the golf course showed just how much you could put in the rear of the RAV4. You can also fold the rear seats flat to get even more room.

My week with the RAV4 showed me just how good adequate can be.

I’m sure Toyota will continue to sell many RAV4s and with a new look ready to hit the showrooms, some of the 2019s will be built in Ontario, the little crossover is sure to continue being a big seller for the company. 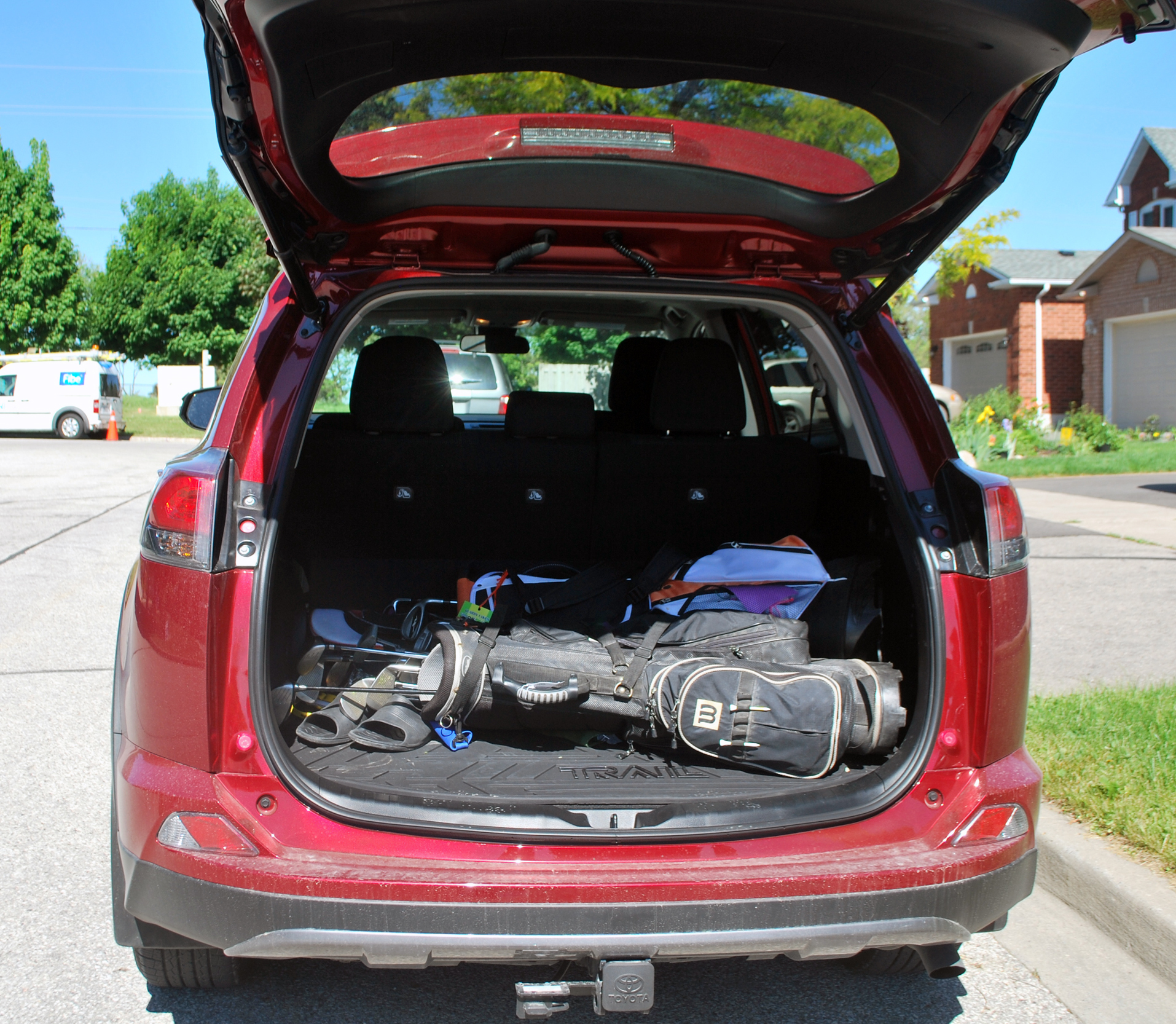 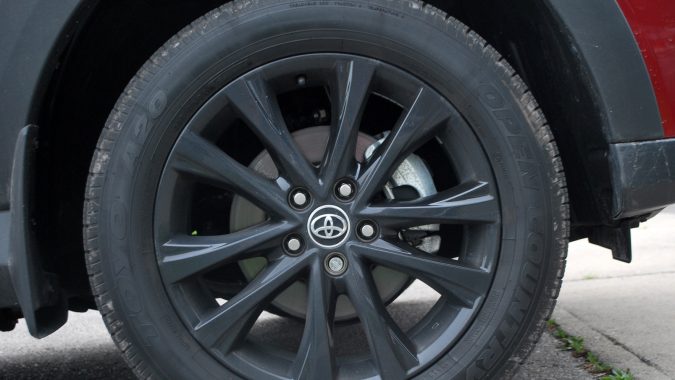