On occasion, a single trim level or option package of a certain model becomes so popular that the manufacturer chooses to make it a model all its own. By far, the best example of this graduation comes from within Subaru’s own wheelhouse. Lacking the funds to create an all-new SUV, the company glued plastic cladding onto a Legacy station wagon, jacked up the suspension, and appended the word Outback to its name.

Twenty-five years later, the Outback stands on its own as a model separate from the Legacy, having expanded its customer base from bohemian sandal enthusiasts to families looking for a quirky all-wheel drive alternative to the sea of milquetoast crossovers.

Subaru applied the same trick in 2011, raising the suspension of an Impreza hatchback and marketing it as the XV Crosstrek. After its revamp this year, the company dropped the XV designation, simply leaving ‘Crosstrek’ with no mention of Impreza at all. Chalk up another win for a car that started life as an extension of an already popular model.

More than a modest refresh, the new Crosstrek deploys Subaru’s new Global Platform, an architecture that will underpin all the company’s future cars. The chassis has been engineered to increase straight-line stability, reduce noise and vibration, and boost ride comfort. In this, Subaru has succeeded, as this new Crosstrek tracked straight and steady down both smooth highways and dirt two-track lanes. Road noise was significantly muted to this author’s ear compared to previous examples of the Impreza family.

Cars from the Exploding Galaxy have always been, erm, quirky. While the company has dialled back the weirdness from 11 to, oh, about a 7, there are still plenty of idiosyncrasies on board to remind drivers they’re definitely not piloting a boring me-too crossover. The Crosstrek’s best example of letting its quirk shine through has to be the fabulously titled ‘X-Mode’.

Sounding for all the world like a weapon belonging to a comic book supervillain, X-Mode— standard on all Crosstreks with a CVT—incorporates hill descent control and a hill holder system, allowing the car’s slick AWD drivetrain to pull the car through sticky situations. X-Mode fiddles with the engine output, transmission shift points, AWD torque split, and braking system to help the car capitalize on available traction, providing surefootedness over and above Subaru’s full-time all-wheel drive system which already rivals a mountain goat in its ability to scramble over rough terrain. 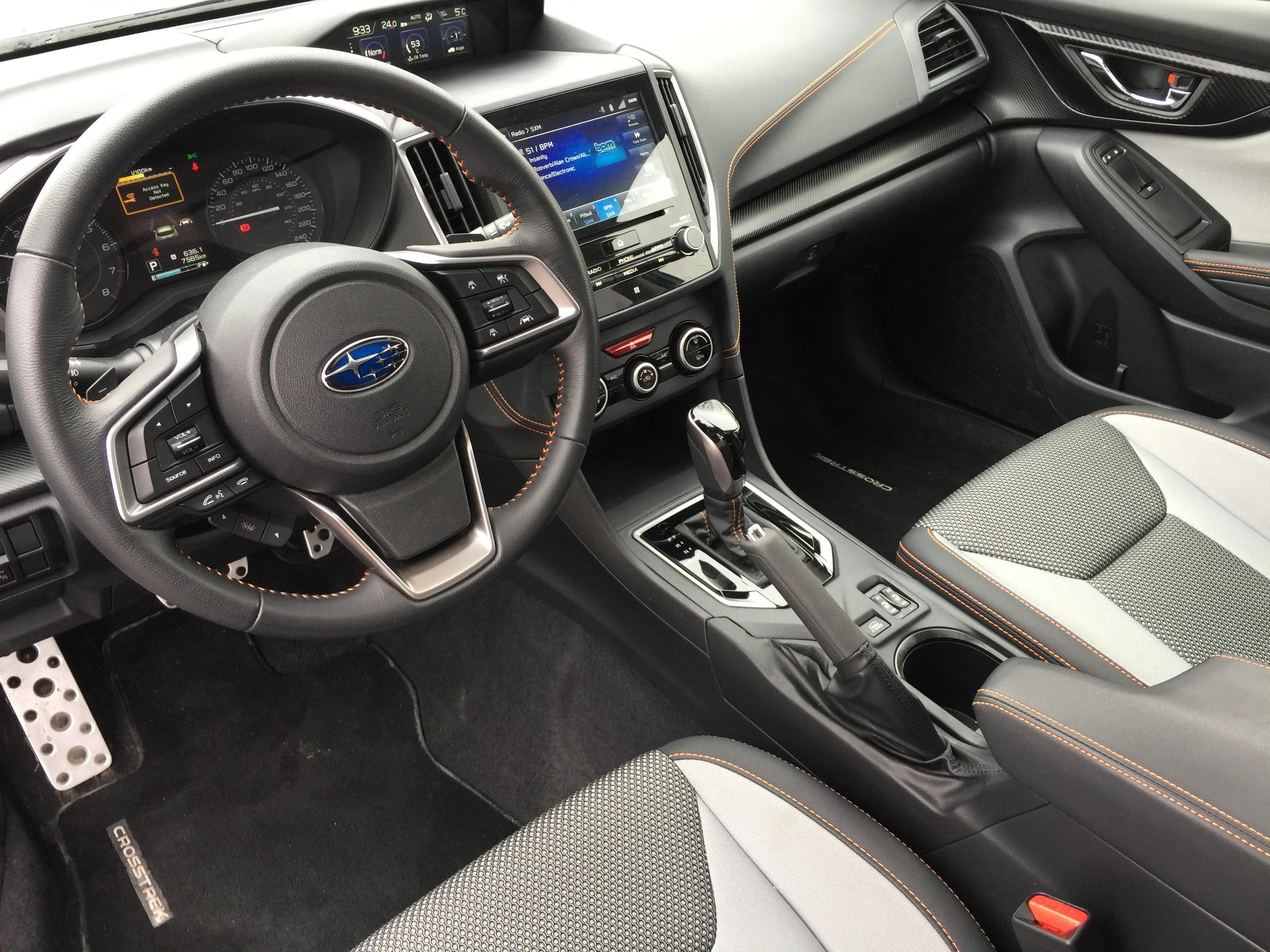 The Crosstrek will consume more fuel in X-Mode, so Subaru recommends using it only when conditions warrant significantly more grip, stability, and control such as climbing up an incline with little traction. I, for one, simply enjoy driving a car with a button prominently marked ‘X-Mode’ in block letters. Ground clearance is limited to 8.7 inches.

Speaking of fuel economy, Crosstreks equipped with a six-speed manual are rated at 10.5L/100km in the city and 8.1L/100km on the highway. Opt for the CVT and those numbers plummet to 8.8L/100km city and 7.2L/100km highway. Yes Virginia, this is one instance when the automatic outperforms the manual. This CVT-spec tester, shod with winter tires, returned 8.9L/100km in a week’s driving.

Interior accommodations are more than sufficient for families with two small kiddos, although the rear compartment is bereft of toys like USB ports and heating vents. A handy centre armrest with dual cupholders can be pried out of the rear seatback, a unit which can be further flipped and folded in a 60/40 fashion to nearly triple the well-shaped 588-litre wagon area. The Sport model shown here trims grey seats with natty orange stitching and a seat bottom material, which feels like rugged but comfortable outdoor furniture cushions. These chairs will likely outlive the entire car.

Parents up front will enjoy a much bigger and clearer infotainment screen, measuring 8-inches in this Sport model. Well thought out and quick to respond, the unit was easy to use and had practically no learning curve. Those who prefer their smartphone interface can use the newly added Apple CarPlay and Android Auto.

One of the biggest vehicle expenses left largely unmentioned is depreciation. The instant a vehicle is driven away from a dealership it starts to lose value. Depreciation is unavoidable but it can be mitigated and, according to the Canadian Black Book group, the Crosstrek is a master at hanging on to its original value. Subaru itself was the overall brand winner in terms of retained value after four years, while the Crosstrek in particular earned the last years’ Canadian Black Book Best Retained Value Award for the compact car class, even besting the Honda Civic. 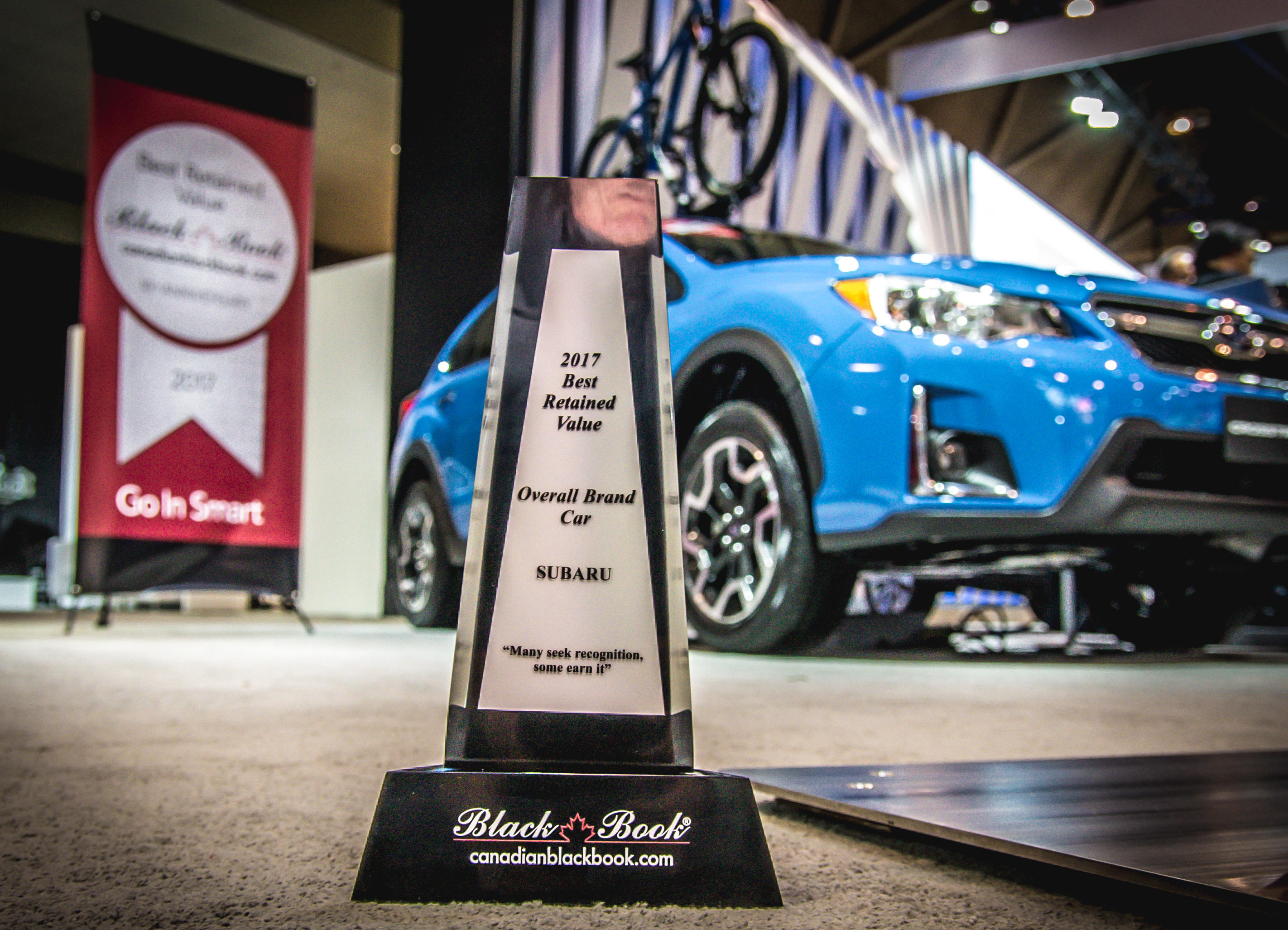 Under the hood, a 2.0-litre four cylinder cranks out 152 horsepower, which is not enough. A bump to an even 200 horses would be extremely welcome but if Subaru engineers could find even just twenty-five more units of crank to stuff under the hood it would be welcome. At least the CVT is amongst the best in the industry, as it does not neuter the engine and allows it to stay within its power band.

Car spotters will be able to distinguish the four Crosstrek trims – Convenience, Touring, Sport, & Limited – by spying the Touring’s fog lamps, the Sport’s sunroof, and the Limited’s chrome strip along the side windows. All models are treated to snazzy LED rear tail lamps. It’s a look that works, with black wheel arch cladding imbuing the trucklet with the illusion of extra height. Every inch a Subaru, then.

CVT-equipped Sport and Limited models can be fitted with a $1500 EyeSight package, Subaru’s answer to a public who’s increasingly clamouring for driving aids and safety nannies. The bundle packages adaptive cruise control with an array of pre-collision braking tricks, plus lane departure warnings and lane keeping assist.

These behaviours are managed by a pair of cameras peeking forward from behind the rearview mirror and first appeared on Subaru models a couple of years ago. Those cameras transmit what it ‘sees’ to a screen located in the dashboard roughly where it meets the windshield. The display is endlessly entertaining, if a little bizarre. For 2018, EyeSight now also includes Reverse Automatic Braking in case you don’t see Junior’s bike left in the driveway.

The 2018 Subaru Crosstrek Sport, shown here with EyeSight technology, rings the bell at $32,320 including freight. Binning EyeSight saves $1500 and ditching the CVT saves a further $1300. Optioned this way, buyers will find a well-equipped, funky, and practical all-wheel drive box for well under $30,000.

Subaru proved it can spin a new model from a trim line with the Outback. Now, it has performed a similar trick with the Crosstrek, following the path of its bigger brother. Sales of both models have climbed handsomely in recent years and, given the model’s new appeal, that trend is sure to continue. 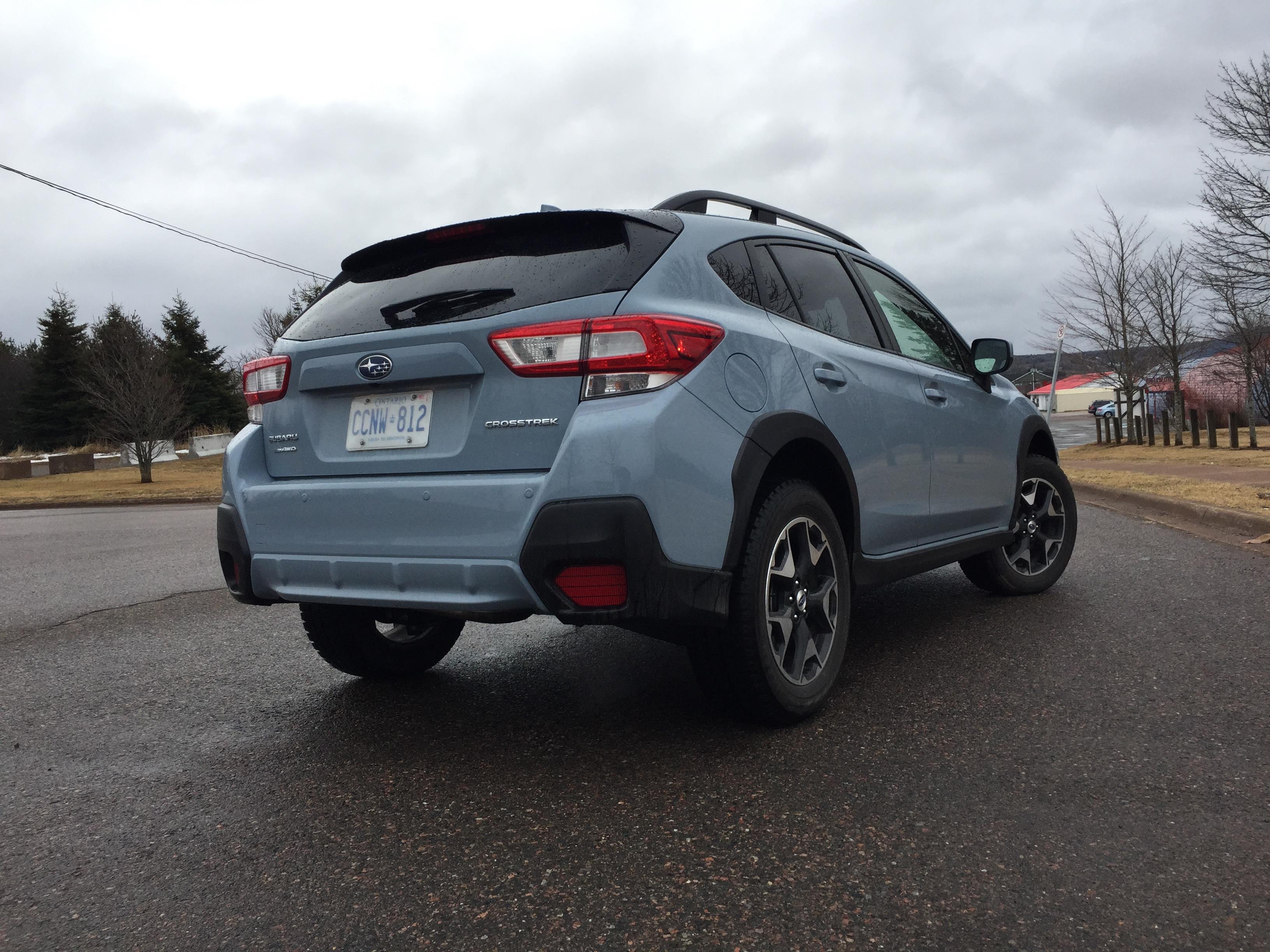 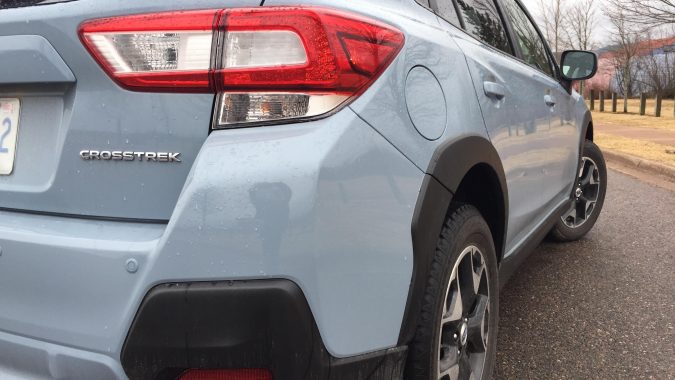 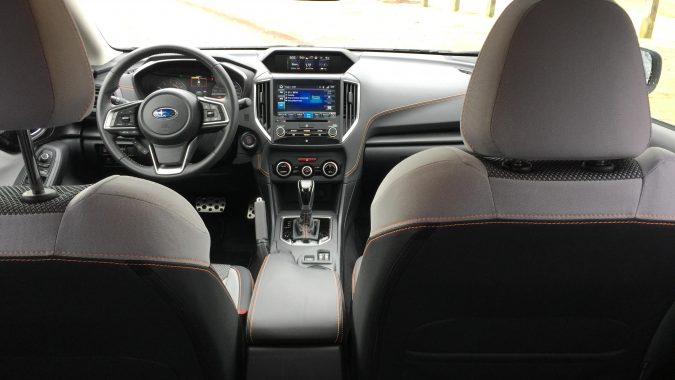 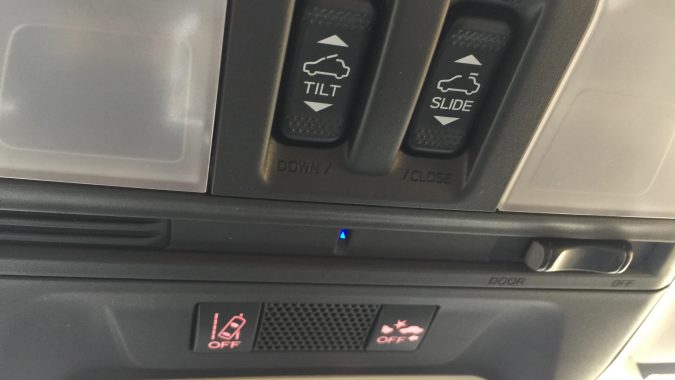