Have it all with the Range Rover Sport SVR

For the buyer who wants it all, the 2018 Range Rover Sport SVR is just the ticket.

Land Rovers and Range Rovers have long been known as durable, classy, go-anywhere SUVs aimed at the high-end market.

The SVR model ratchets things up a notch higher on the Range Rover Sport, particularly when it comes to performance with its supercharged 5.0-litre V8 engine that puts out 575 hp and 516 lb/ft of torque.

The SVR is the flagship of the Range Rover Sport lineup, which boasts a number of trim levels featuring supercharged V6 and V8 gasoline engines. 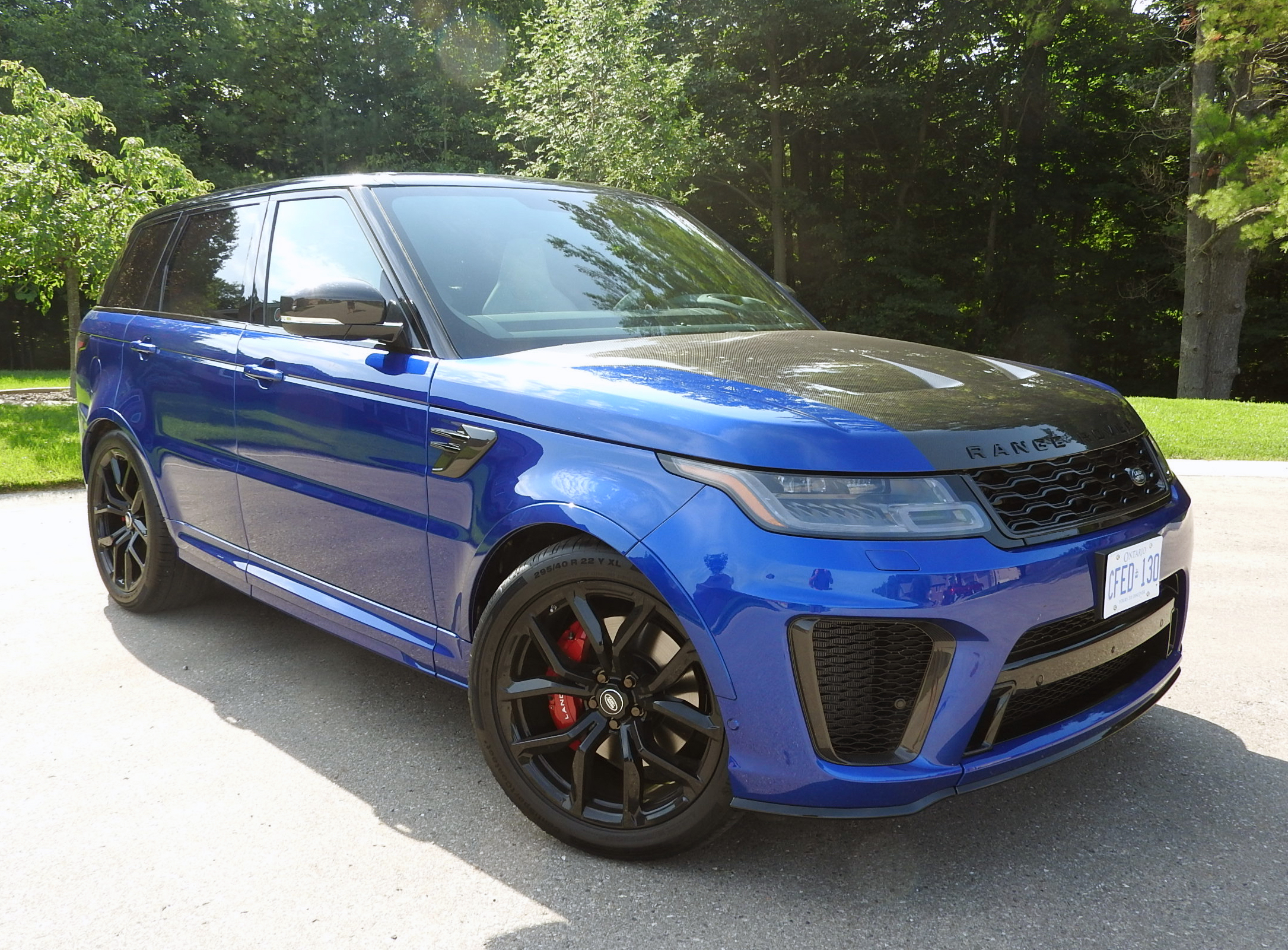 Now, no one really needs a racetrack-ready sport ute like the Range Rover SVR, but these days there is a ready market for high-powered vehicles like it. Even Lamborghini and Bentley are into the act with their Urus and Bentayga models respectively.

Jaguar Land Rover has tweaked the engine to up the horsepower by 25 for 2018 on the SVR with a quoted top speed of 283 km/h.

Unless you belong to a club and do lap days at a racetrack, a speed like that is irrelevant, but it does give one bragging rights when talking all things automotive with the boys on the golf course.

The British-designed and built Range Rover Sport has been around since 2004 and achieved sales of 732,000 units worldwide since then. 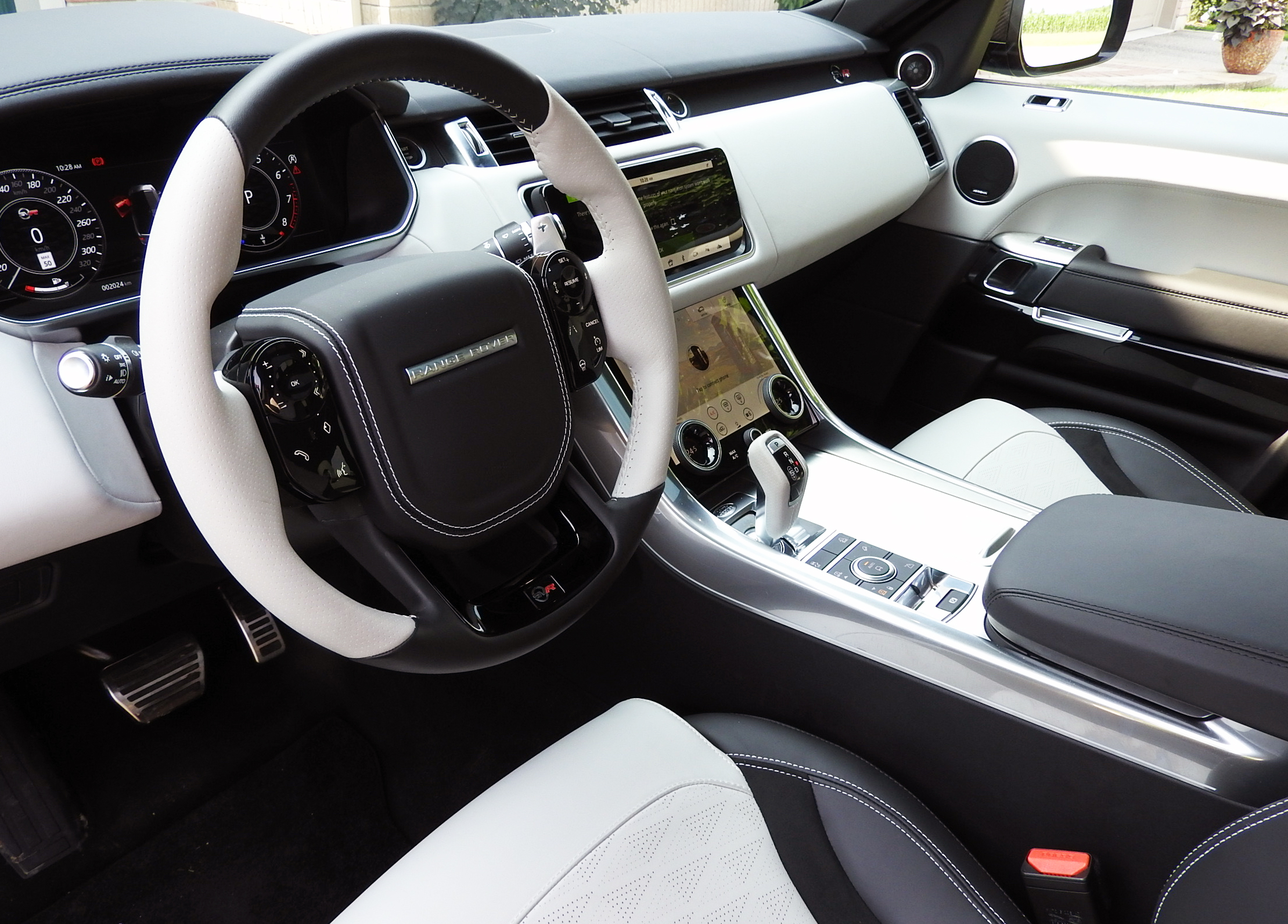 For 2018, the exterior has a more dynamic, modern look with LED headlights up front, sitting alongside a redesigned grille.

The cabin has also been modernized with a new Touch Pro Duo infotainment system, featuring two user-friendly 10-inch touchscreens on the centre stack.

Navigation information is displayed on the top screen, which can be angled to counter glare and improve visibility. The lower screen is fixed and manages functional tasks like climate control, seat and vehicle settings and media and phone connectivity.

Directly in front of the driver is a 12-inch high-resolution vehicle display with dual dial, single dial and extended mode views.

A new generation head up display also helps put information within easy sightlines for the driver.

All in all, the interior is clean, uncluttered and comfortable with room for five people.

Porsche Builds the 911 of SUVs

On the performance front, Jaguar Land Rover’s Special Vehicle Operations has enhanced the chassis of the SVR to deliver more dynamic handling without sacrificing comfort.

The engineers focused on controlling pitch under heavy acceleration and braking and tweaks to the damping system hardware have improved turn-in, grip and body control.

The SVR is a vehicle that not only goes fast, it sounds fast with a growl from the dual exhausts on the rear that is simply electrifying for performance enthusiasts like this writer.

Punch the throttle and the SVR takes off like a shot. With such power under the hood, it also has to stop fast and turn quickly and it does both of these with aplomb…. in fact, a vehicle this heavy has no right handling as well as this one does, both on road and off.

This is a Range Rover, so yes it does off-road with the best of them thanks to a four-wheel drive system and a selection of driving modes such as Grass/Gravel/Snow, Mud/Ruts, Sand, Rock Crawl, Eco and Dynamic.

It also has what JLR calls a Low Traction Launch System, which helps take off on low-friction surfaces like wet grass, snow and loose gravel. 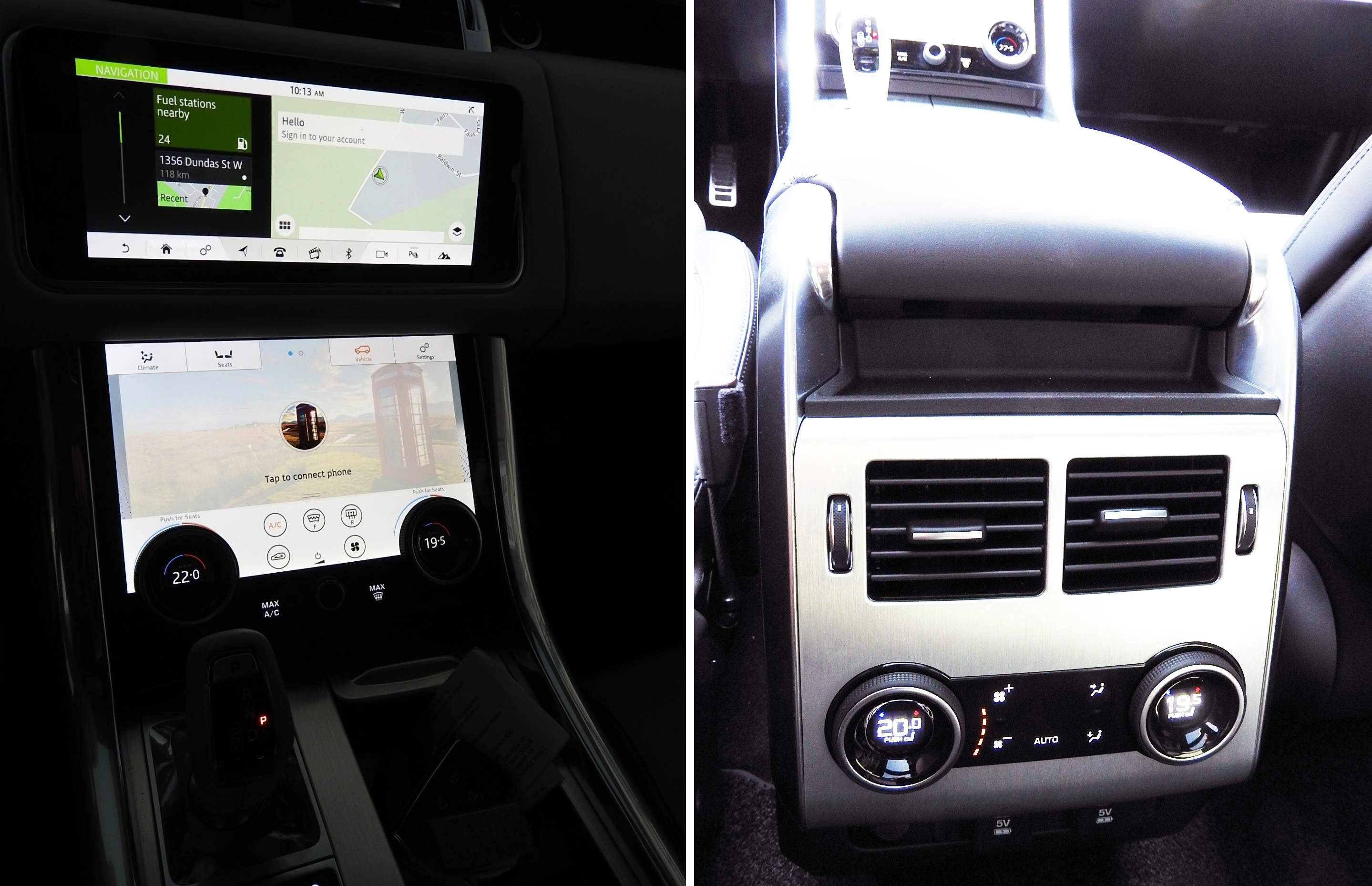 The suspension is height adjustable with an air suspension standard across the board.

Styling-wise, the SVR looks the part of an upscale SUV, particularly with options like the Carbon Fibre Package ($10,000) that lets everyone know this is one special Range Rover.

As part of this package, the weave is left exposed on the centre section of the vehicle’s carbon fibre composite hood that also has unique integrated cooling vents. The package also includes carbon fibre finishes elsewhere such as the side mirrors, the grille surround and side vents.

Other special touches include SVR treadplates that illuminate when the driver climbs onboard as well as aluminum sport pedals and special Supersport seats that are lightweight and yet supportive at the same time.

And we’ve only scratched the surface in describing all the features of the SVR, the Range Rover for the buyer who wants it all. 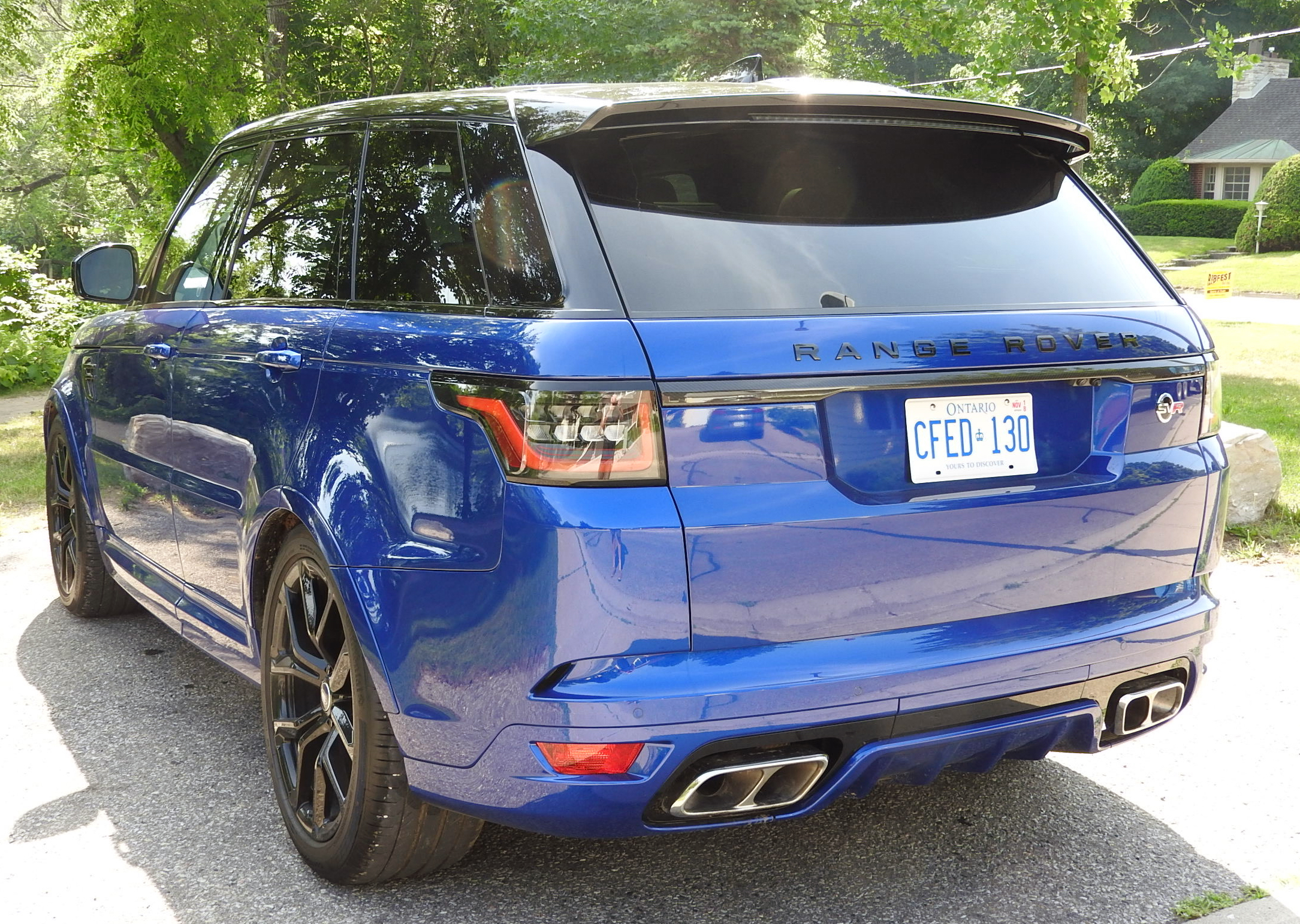 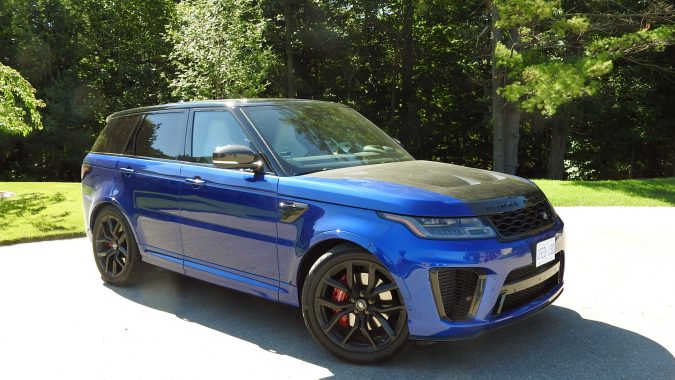 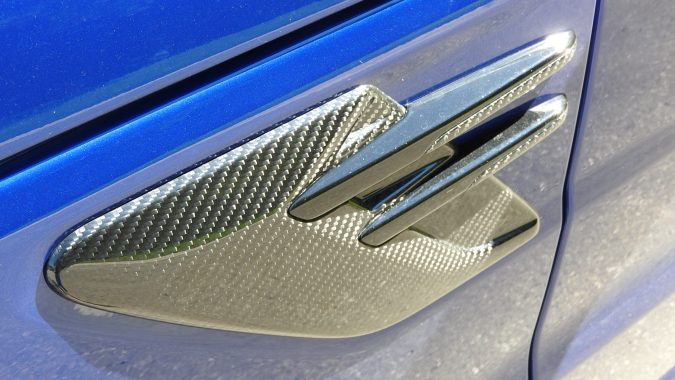 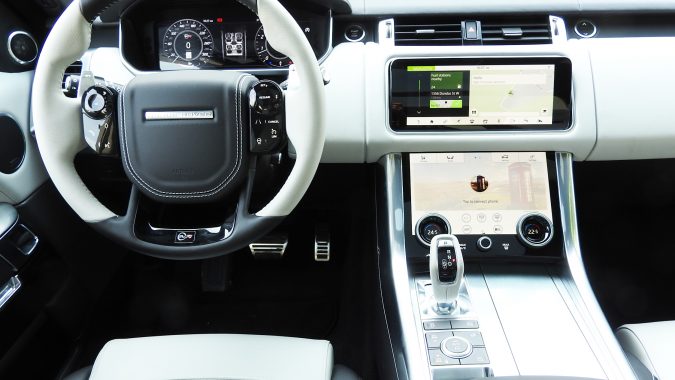 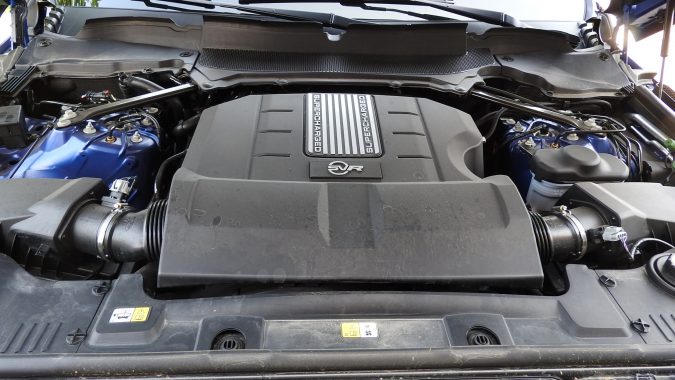 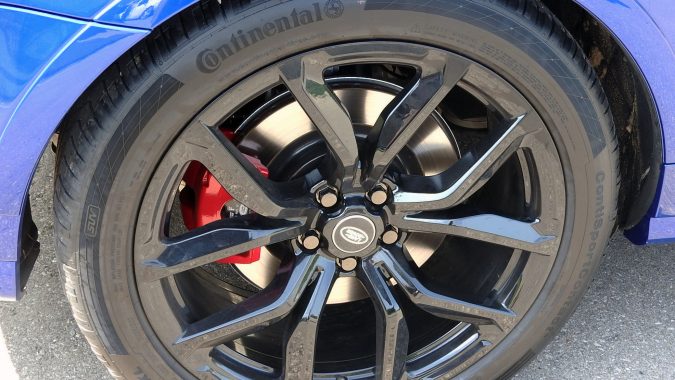