The GT2 RS is immensely capable. It’s immensely powerful and it’s a technical tour de force not seen in many cars today.

It’s insanity, really. 700 horsepower. 553 torques. Two turbos. Basically zero sound deadening. Carbon fibre (almost) everything, including its sway bars, brakes and paper-thin frunk hood. All from a car whose basic platform – rear engine, rear-wheel-drive – hasn’t changed for 50-odd years. That’s what the 2018 Porsche GT2 RS is though; the peak of all that is 911.

There isn’t anything like it. It’s the fastest production car ever around the Nurburgring Nordschleife, it’s the most powerful 911 ever released and the only Porsche production model that makes more power right now is the 918 Spyder hypercar.

So, naturally, I approached the GT2 RS with excitement, yes, but with a twist of trepidation. We were about to take a very powerful car on a very fast track – Canadian Tire Motorsport Part (“Mosport”, for most) – and I really, really, really didn’t want to be what’s commonly referred to in journalists-on-track circles as “that guy”: the guy/gal who bins a fast car. Especially when said fast car is one of less than 100 that will be landing in Canada.

What’s weird, though, is I kind of liked that feeling of nervousness, and of apprehension; it’s not often these days that a production car has the capacity to scare me, and I was looking forward to being challenged out on the track.

But first, more facts and figures. In addition to all that power, the GT2 is chock full of little nips and tucks to differentiate it from “lesser” 911s including the GT3, which we also had the chance to sample on the day. The vents on the front fenders are there to reduce turbulence over the front wheels, the NACA ducts on the hood are an all-new (and functional) way to funnel air up front, while a re-designed engine cover (finished in carbon fibre, of course) helps air flow more smoothly out back. That big wing you see? It’s serves an integral role in creating downforce, to the tune of 460 kg at the GT2’s 340 km/h top speed. As far as any body panels shared with the GT3 are concerned, just the doors are a direct lift; everything else is bespoke. So, yeah; not going to be making many of these.

Of course, all that exclusivity doesn’t come cheap; you’re looking at a base MSRP of $334,000. Further, the cars we tested were fitted with the $20,540 Weissach package (carbon roof to replace the stock magnesium item, carbon sway bars, carbon steering wheel spokes, carbon paddle shifters for the standard PDK transmission and three-way adjustable coupling rods) as well as a set of $10,000 magnesium wheels and a host of other goodies. The total damage? $398,895 before taxes, but if you have to ask… 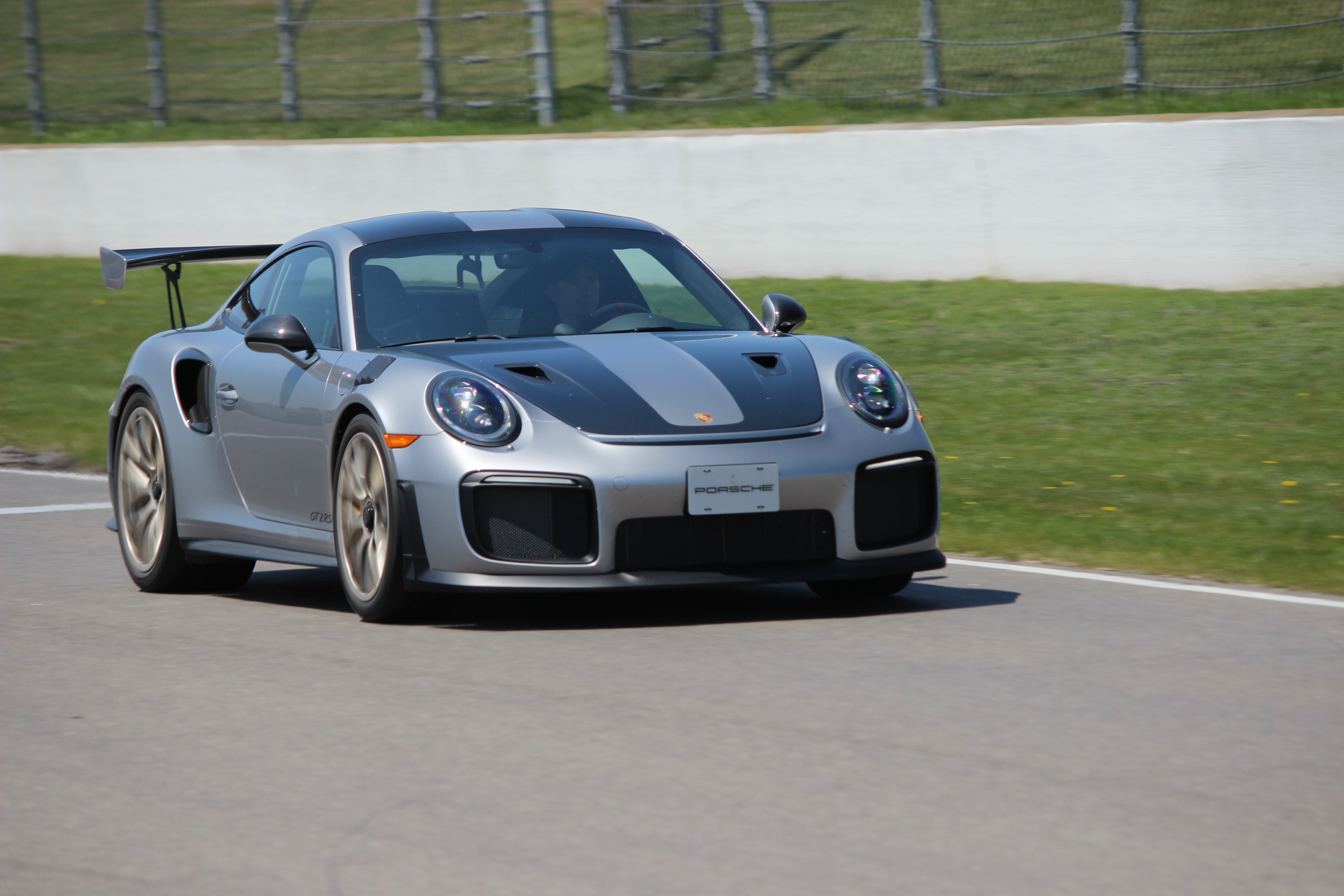 All that power produces heat, and that has to be controlled or else you’re in limp home mode, reducing your horsepower. Which, of course, is no fun at all. So, in addition to heavy duty intercoolers, Porsche has developed a water-spray system that activates as soon as the ambient temperature in the engine bay reaches 50 degrees C or more. With twin turbochargers that are each 17% larger than what’s found on the Turbo S, you will reach those “red zone” temperatures, especially on busy trackdays.

So, with all that (nervously) in mind, it was time to drive.

Only, in a twist that I’m not sure steeled my resolve or shook it, the event organizers had us sample the GT2’s launch control system before we tackled the track. Hold the brake with your left foot, mash the throttle to get the revs to their 6,000 rpm limit, release the brake and watch the edges of your vision bend and flex in heart-stopping tunnel vision as you make your way to 100 km/h in less than three seconds. It’s a bit of a novelty in that it serves little purpose other than to freak you right out every so often, but darned if it isn’t the ultimate automotive thrill ride. If I felt like this on a straight hole shot like that, though, how was I going to feel when the Gs take hold as I tackled one of Mosport’s many banked curves at speed? Well, it was time to find out.

Like most Porsches, the driver’s seating position is pretty much flawless; the Alcantara-clad wheel falls naturally in your hands, the standard carbon fibre fixed back seats hold you tightly around the shoulders and hips (perhaps a little too tightly ‘round the hips for some, including yours truly) and the pedals are angled perfectly. It’s a good start. 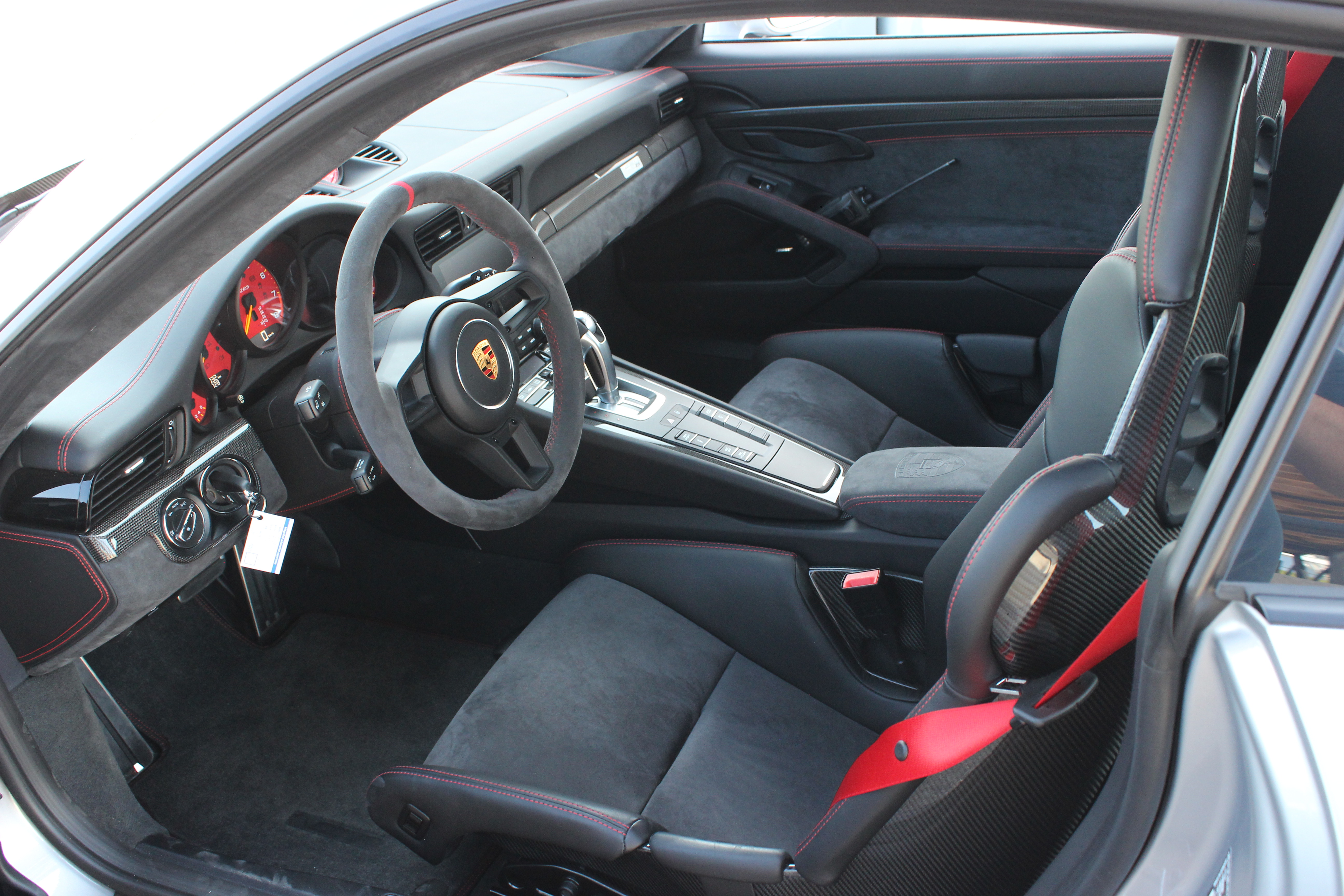 Unlike the launch control exercise, we eased out of Mosport’s pits at about 40 km/h, but it’s enough to sense that the GT2 RS is capable of making something very big happen in short order. The titanium exhaust burbles and grunts, somehow sounding like it’s moving quite fast even as you’re just tottering around. Then, as the instructor in the lead car clears the pit wall and cracks it open, it’s “go” time and you let’er rip, the RS feeling like a bat out of hell even though you’re not starting from stop and have already cleared third gear.

It’s a smooth launch, though, immediate, and having you feel like you’re riding an elastic band of torque as you continue to pursue the lead car. The sweet spot for an upshift is a lowly 2,500 rpm, so you snag another gear by flicking the carbon fibre paddle and continue to slingshot forward.

But that’s not quite right, though, “slingshot”, now is it? That implies some violence, an angry shove to the lower back that doesn’t really occur. All that power is surprisingly well contained and delivered, while the four-corner ball joint suspension and Michelin Pilot Cup 2 tires (they measure 325 mm at the back and are actually kind of a mix of a proper tire and racing slicks) keep you planted and springing forward. Unleashing 700 hp is chaotic to be sure, but with the RS, it’s a kind of controlled chaos, even as I was hammering down Mosport’s slightly curved Andretti Straight at 250+ km/h.

It just goes to show how reaching stratospheric power figures cannot be the end all when it comes to vehicular greatness. You have to harness all that, and you have to make it approachable even if we are talking rare metal – well, carbon – like this. Otherwise, there will be a supercar manufacturer out there – be it McLaren, Ferrari or Lamborghini – that will make a 700 hp car whose manners won’t have you feeling like you’re about to end up dumped into the hedgerow, your Armani suit hanging off you in a tattered testament to a guy who has bought way more car than he can handle.

Which is a teensy-weensy bit of a shame, in a way. I stepped out of it feeling fine, feeling confident in my abilities, but not feeling like I’d really been taken to my wits’ end. Granted, we were repeatedly told to keep PASM on, and it was a controlled lap with a lead car that we weren’t to pass no matter what speed it was carrying. As a result, we were never going to be able to take the GT2 anywhere near its limits, though I doubt many – if any — of us have the abilities required to do so, confident as we all portend to be. I get that. Thing is, we drove the GT3 in similar conditions and given the chance to take either of these back out, the GT2 would not have been my first choice. You can blame the turbo v naturally-aspirated argument, but more likely it’s the fact that while the feelings of speed and capabilities we experienced were extreme, with the RS you just know that there’s a whole lot more to give, and shaking that feeling is tougher there than it is with the GT3. With the GT2 RS, I felt like I was pushing it to maybe 5/10ths of what it’s capable of. With the GT3, it was more like 7/10ths and a more involving ride as a result.

None of this should take away from the immense achievement that the GT2 RS is, though. The GT2 RS is immensely capable. It’s immensely powerful and it’s a technical tour de force not seen in many cars today. It’s the ultimate 911, and that is a massive achievement. Further, not only is it a great drive, it’s sure to be a fantastic classic, too and that’s worth a whole lot at this level. 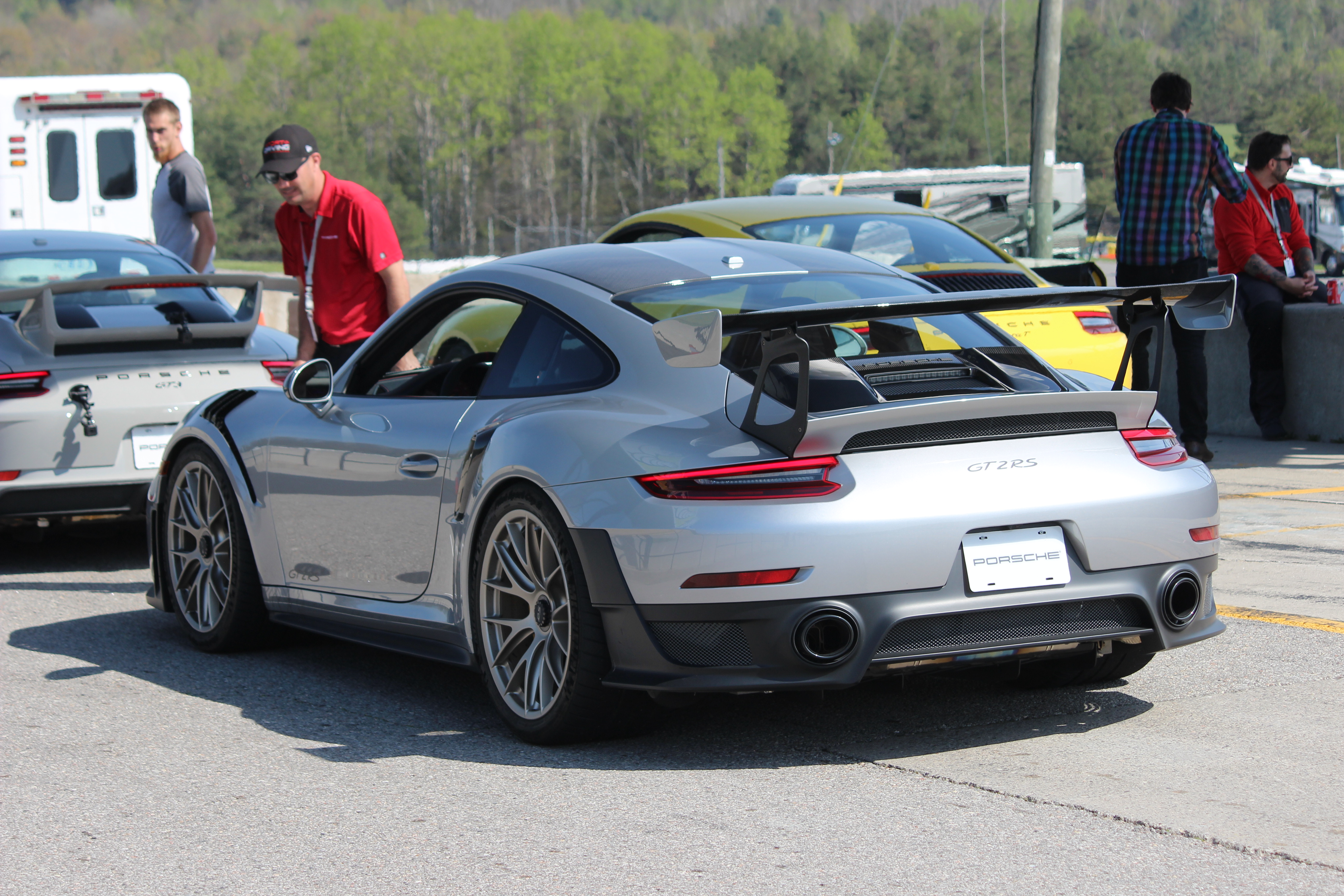 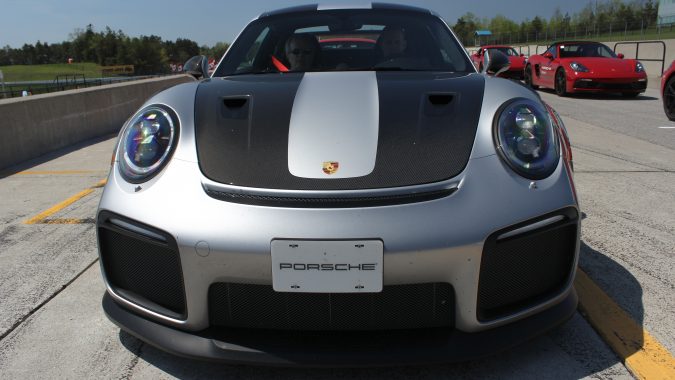 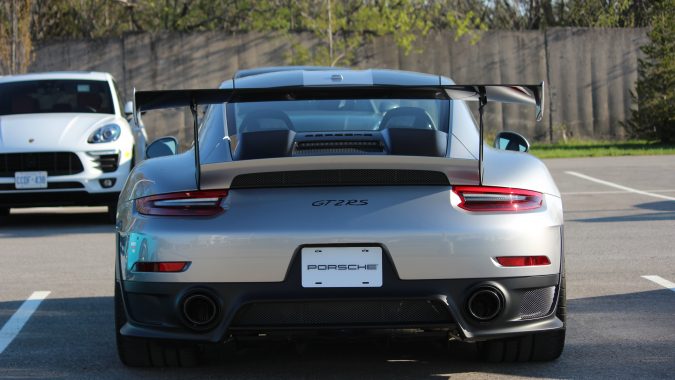 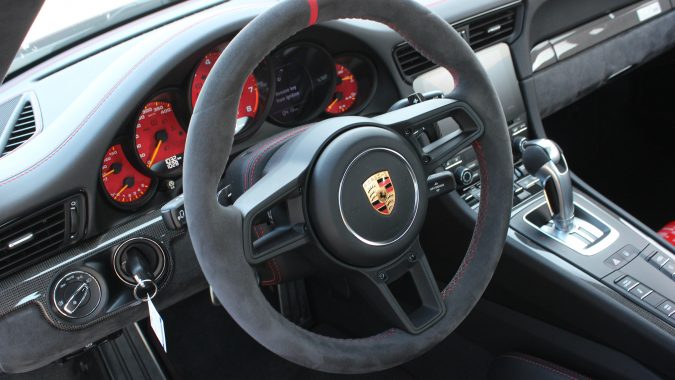 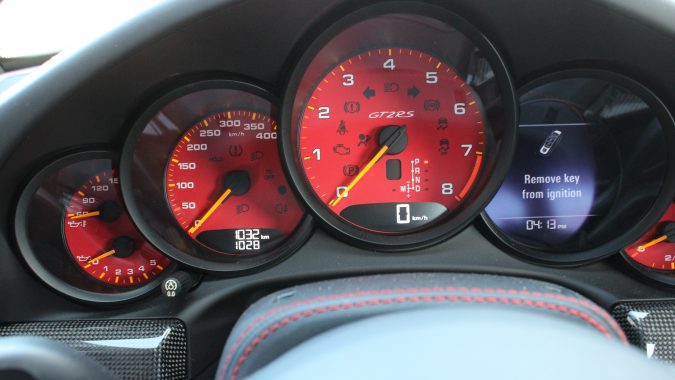 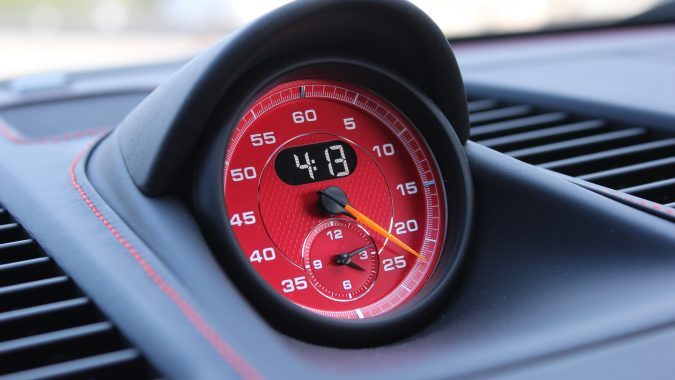 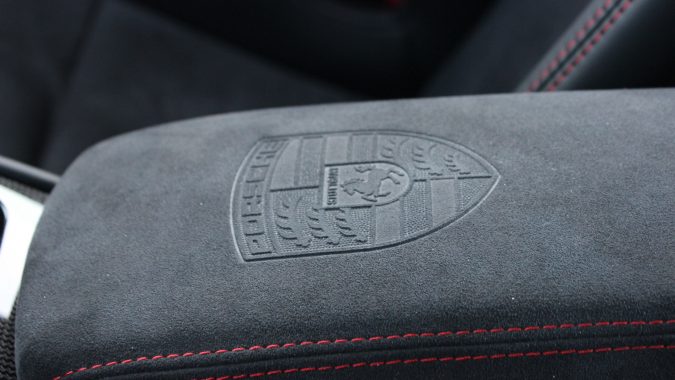 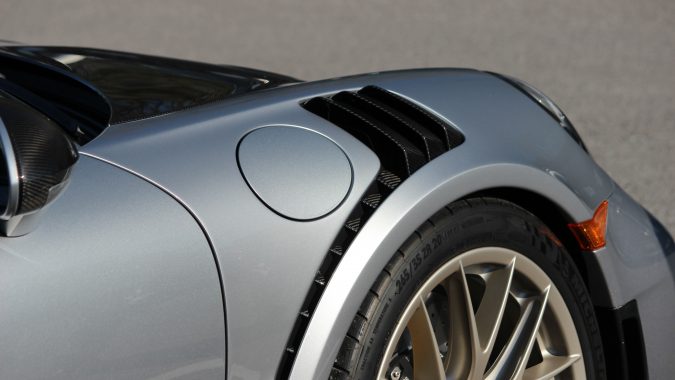 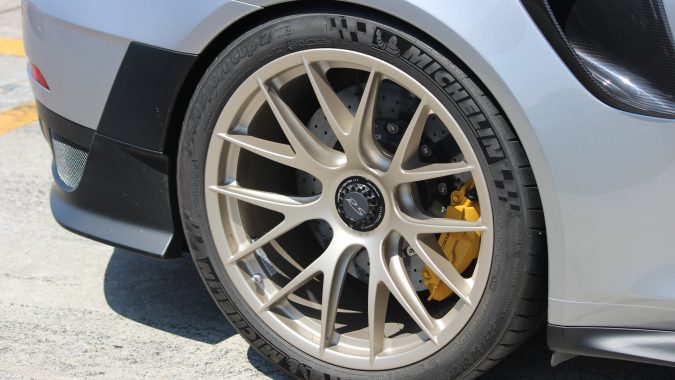 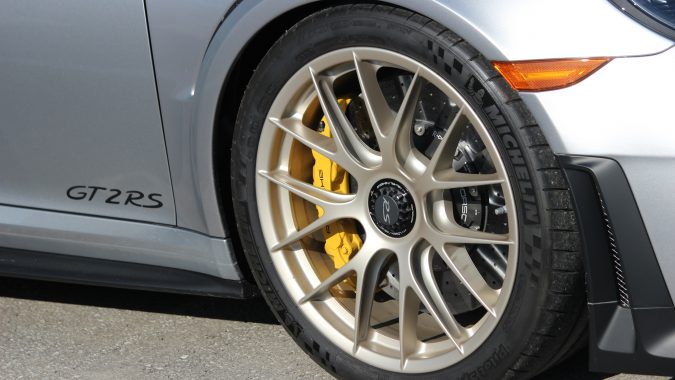 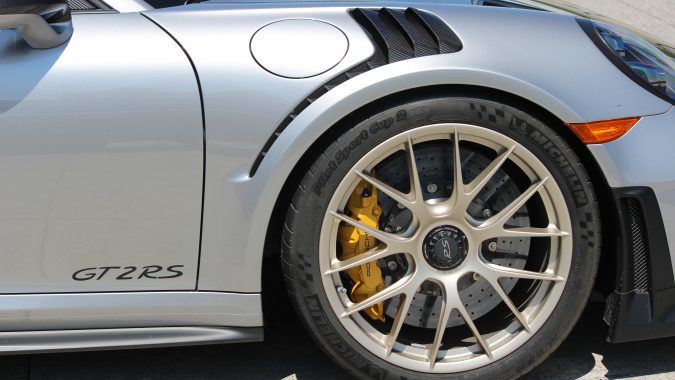 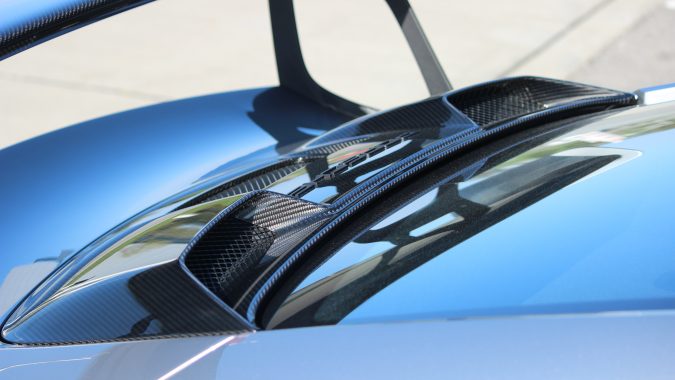 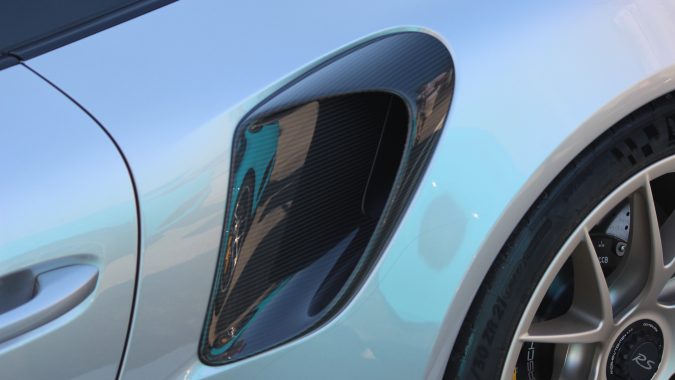 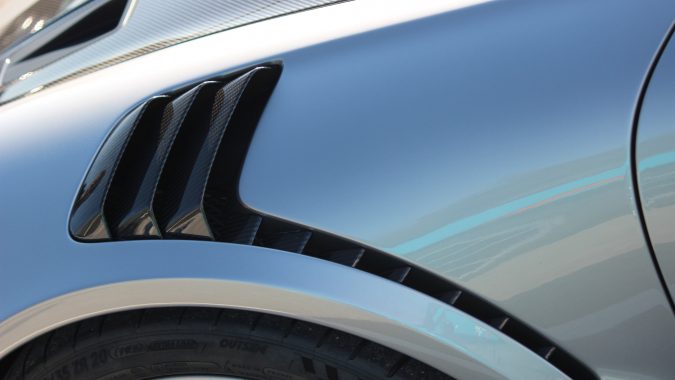 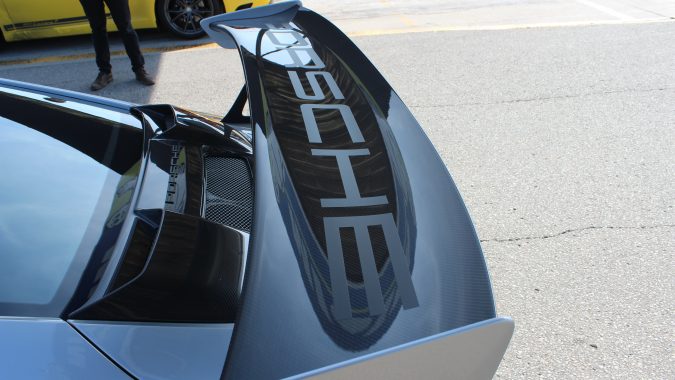 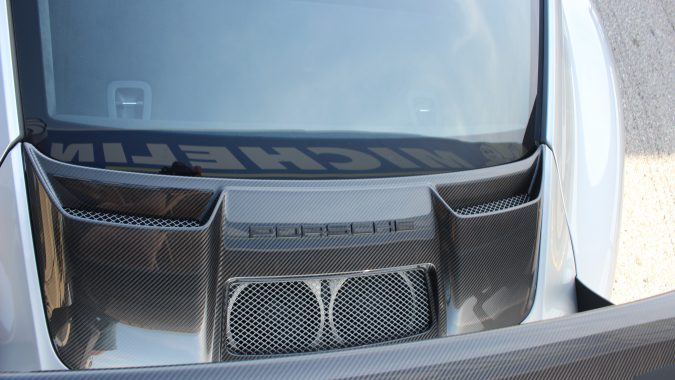 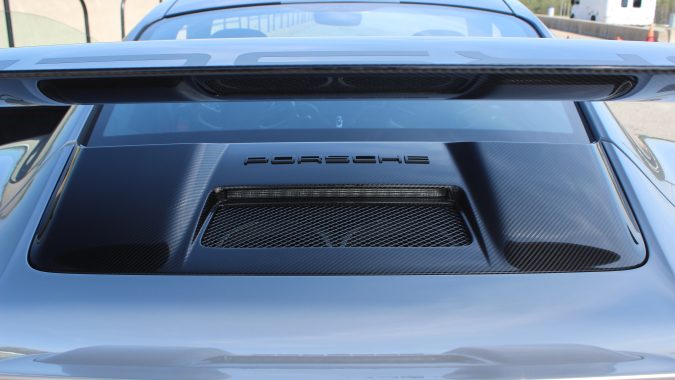 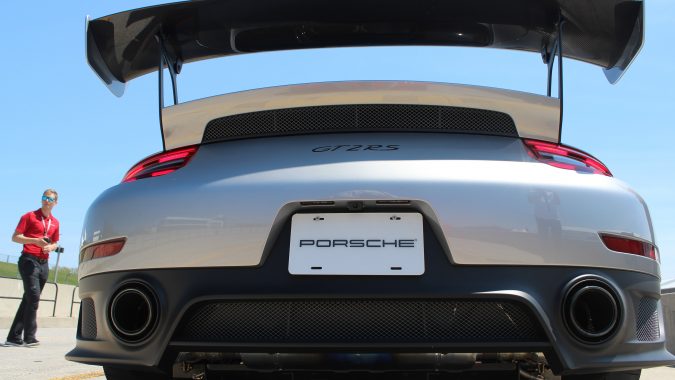 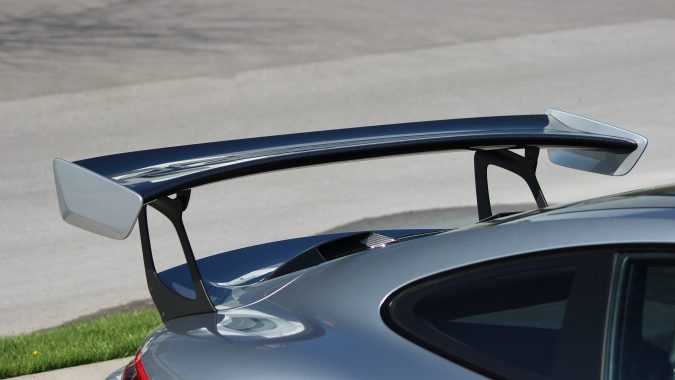