Putting the CX-9 through its paces during a recent family gathering in Seattle, accessing its extra room and three-row, seven-passenger capabilities, simply reinforced all my previous drive test experiences in Canada.

An upgraded interior added new trappings and techs. And the complete package was mounted on a stretched wheelbase with shortened overhangs, a new Skyactiv powertrain and leaner, weight-saving construction. 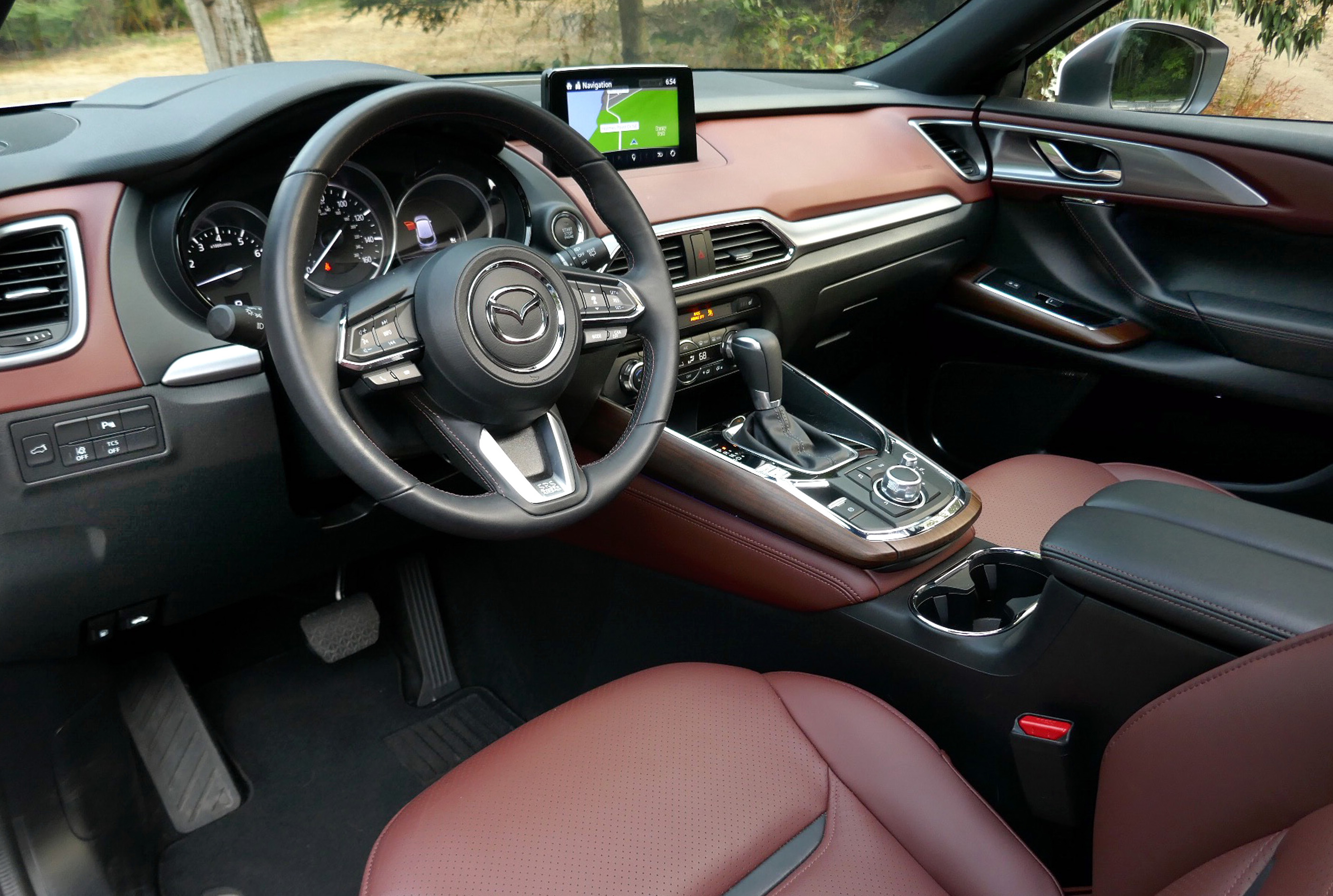 For the 2018 model year, that evolution continues with techno twists and content changes that include:

Under the hood, the CX-9 harnesses a one-choice Skyactiv-G 2.5-litre engine with Dynamic Pressure Turbocharging, a unique turbo system that varies exhaust temperature and thrust for an improved power range.

The idea of a four-banger in a biggish crossover like this may sound a little ludicrous at first but the motor does not disappoint.

Some downtown Seattle streets boast the same intimidating angles as the steep streets of San Francisco but the CX-9 took to the hills undaunted, even with a full load of passengers.

For a little extra oomph, adding a tank of premium fuel boosts top-end power to 250 hp. That get-up-and-go is translated via a standard six-speed Skyactiv-Drive automatic transmission that shifts unerringly through the cogs. 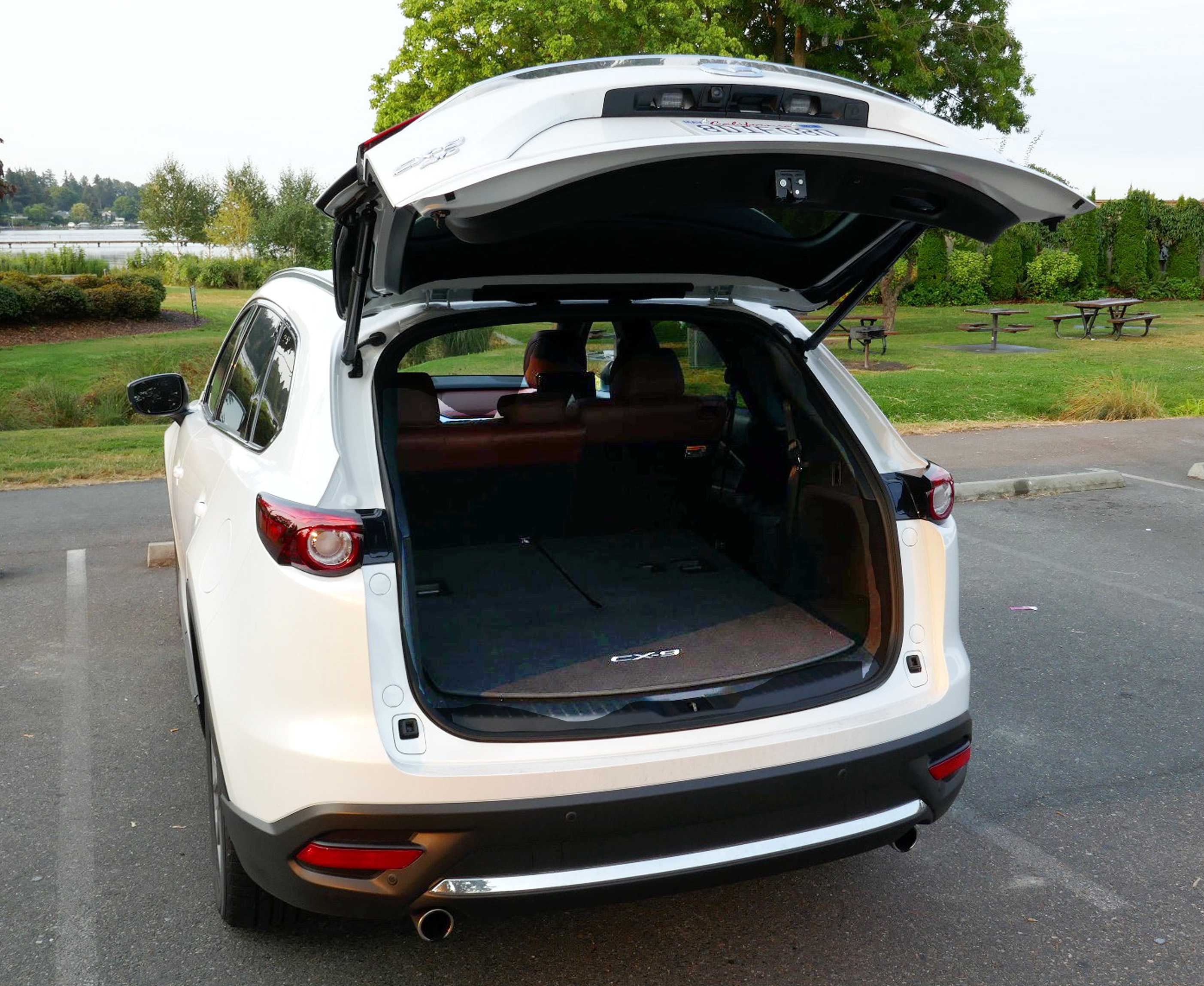 Front wheel-drive is standard in base models but Mazda’s i-Activ all-wheel-drive makes up the bulk of sales in Canada.

Those extras add ambiance to a cabin that offers comfortable but somewhat tighter quarters than some of its boxier competitors. Yes, the third row is do-able but this mid-size, like most of its cohort, really serves better as a five-seater with the added cargo room of a folded-flat third row.

So, you could argue that form has impinged on function with the CX-9. But, really, what a lovely form!

The spirit of Mazda’s efforts with this midsize crossover was best captured when design director Julien Montousse noted that the sporty CX-9 “meets family needs without losing personal identity and passion.”

This test was based on an American-spec CX-9 but, while the U.S. offers more FWD platforms and some varying trim levels, this CX-9 Signature is almost identical to its Canadian cousin. 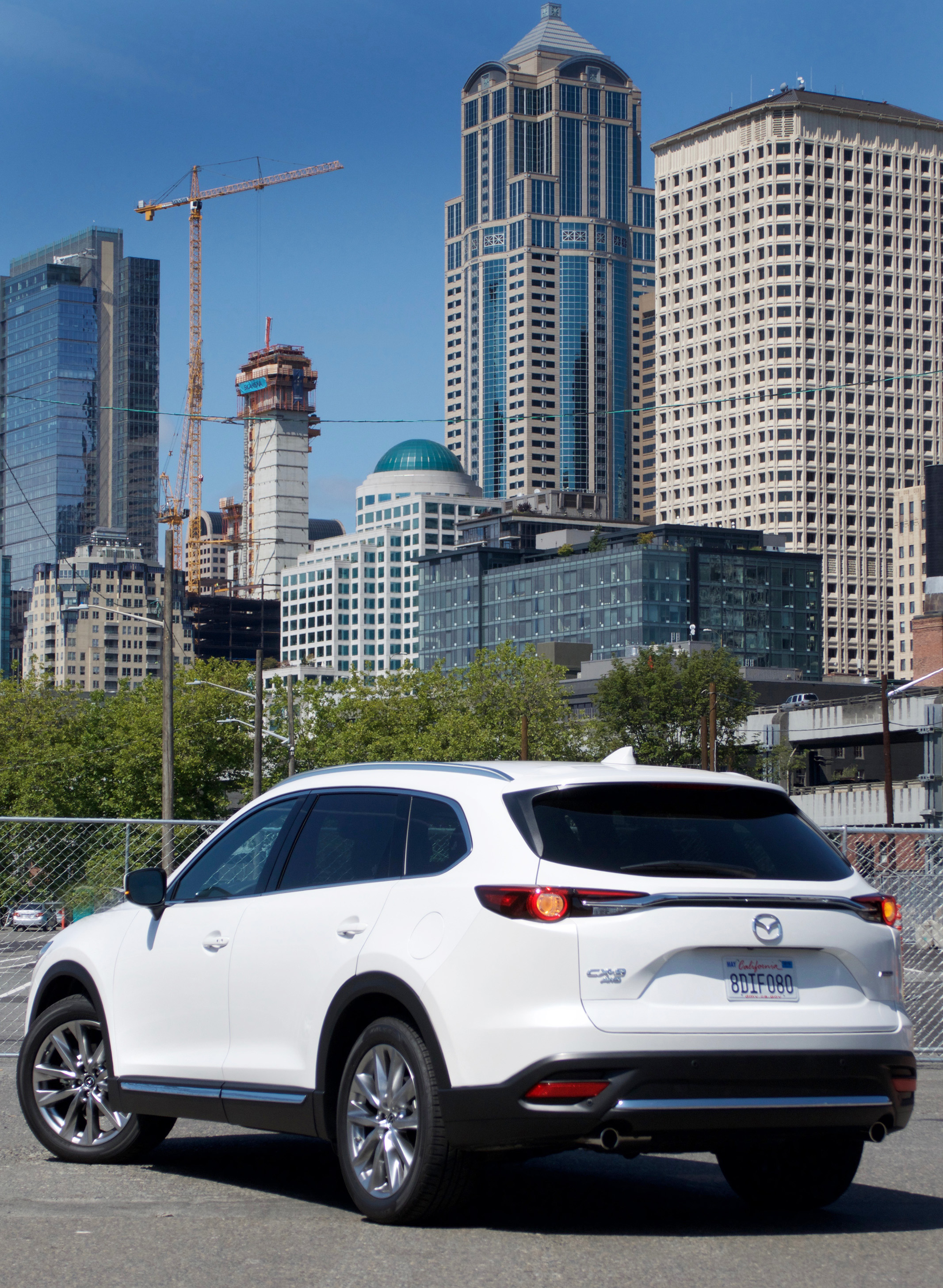 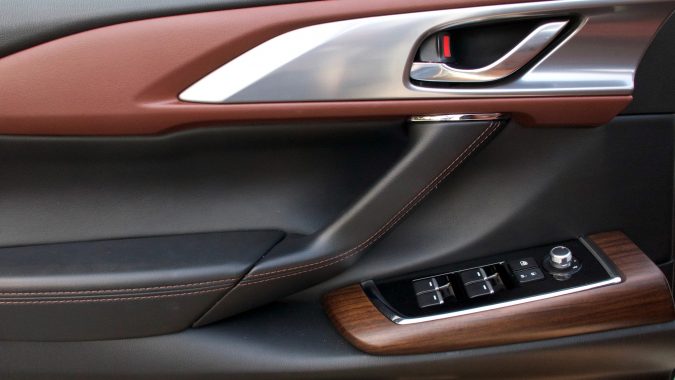 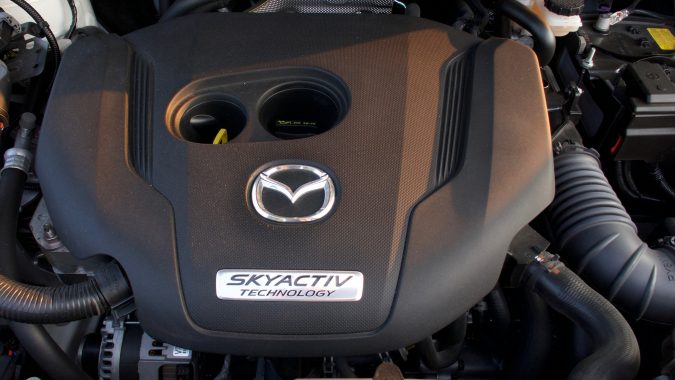