Buying a Land Rover Discovery used to mean putting up with a few quirks. The bus-like driving position would satisfy only Ralph Kramden, and utilitarianism generally won out over outright luxury during the design process. Bear with it, though, and owners were guaranteed an SUV with brand cachet that stood out from the crowd thanks to its heavy dose of personality.

Canada’s car market has a few of these free spirits, imbued with a dose of character compared to their more mundane and mainstream brethren. The 2018 Land Rover Discovery is still such a machine, especially when slathered with $1840 worth of Namib Orange paint, albeit one that’s a lot easier to live with than its forebears. While a similarly priced Audi Q7, with its teutonic styling and dead-serious German demeanour, goes virtually unnoticed in traffic, the Discovery draws the scattered gawp and stare as it plies its way down Main Street.

Exterior quirks start with the bold D I S C O V E R Y badge on the prow of this truck, announcing its presence in big block letters. Bookended by a pair of natty LED headlamps bearing the Rover light signature, the nomenclature stands proud against the paintwork. I’ve noticed other manufacturers starting to copy the flourish on their SUVs. If imitation is the sincerest form of flattery, the Discovery should feel pretty good about itself.

Stand-apart styling cues continue along the flanks, with a dramatic C-pillar sweeping upwards at an angle from the beltline to the roof. This fanfare was less welcome inside, as it created one heck of a blind spot for this driver. Individuality is not without its peril. A set of roof rails cleverly disguise the Discovery’s stepped roofline, a feature which allows actual humans in the truck’s third row. Completing the definitely-not-a Q7 look is an asymmetrical license plate well on the rear hatch. This author is besotted. Not everyone agrees. Those people are free to be wrong. 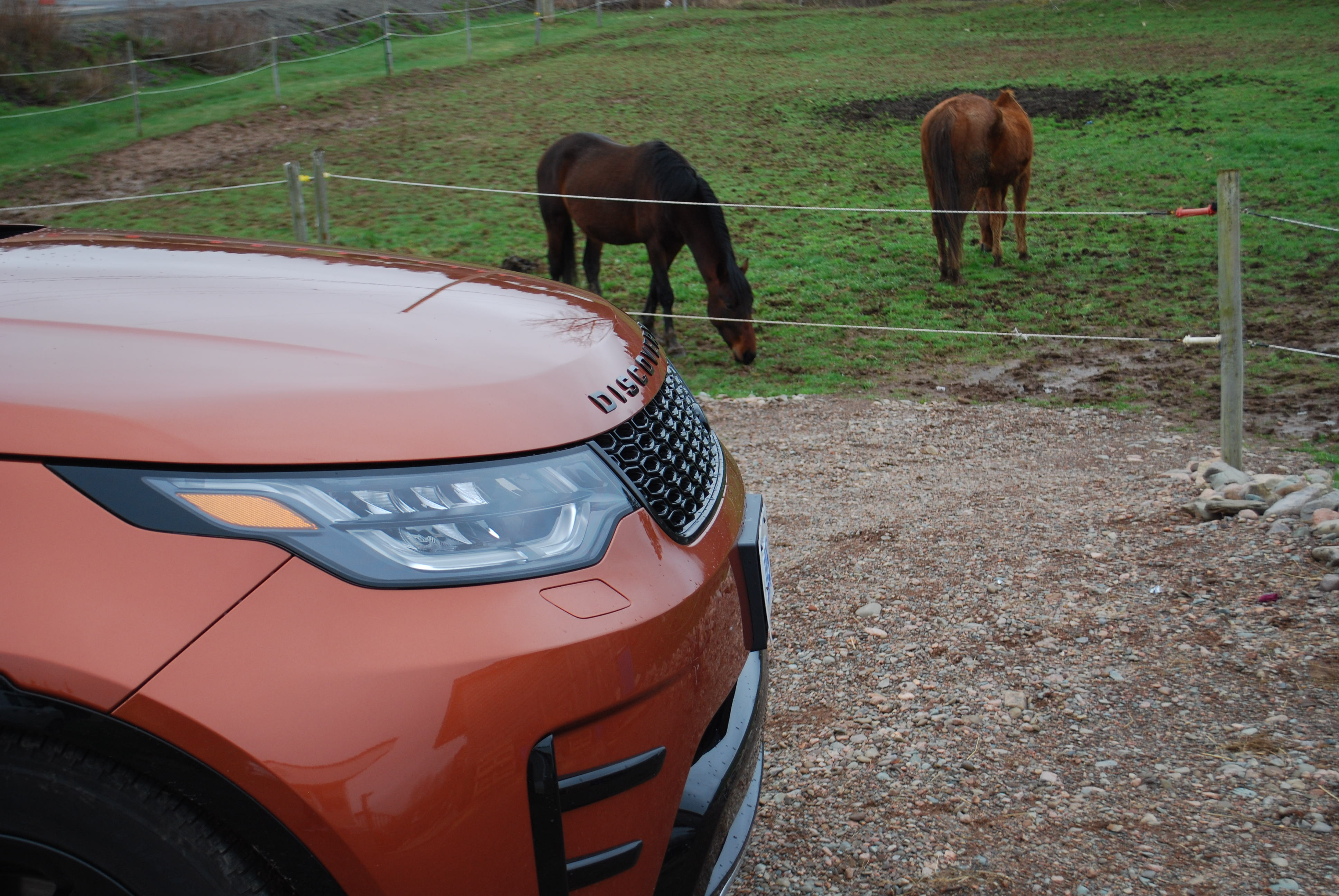 Two engines are available to Canadians who choose to go their own way with the Discovery. Buyers can select between a supercharged gas unit or turbocharged diesel mill, both displacing 3.0L of atmosphere. The gasoline engine is good for 340hp at 6,500rpm and nearly the same amount of torque, while the oil burner makes 254hp at 3,750rpm with its torque peak of 443 lb-ft arriving at only 1,750rpm. Both are equipped with ZF’s spectacular 8-speed transmission.

Our tester was the gas model. So equipped, the Discovery’s engine bay emits a delicious metallic whir at full chat, a hallmark of supercharged engines. All models get Land Rover’s permanent four-wheel drive system with a standard locking center differential. Rear lockers are optional, should buyers choose to select the $1,230 Capability Plus Package, which is optional only on the most costly HSE Luxury trim. Buyers who want all the off-road cred should proceed directly to this trim level, do not pass Go, do not collect £115.25 ($200CAD).

Properly equipped, the 2017 Land Rover Discovery has nearly a foot of ground clearance and an approach angle nearing 30 degrees. With wheel articulation just a shade under 20 inches, the Discovery is well equipped to clamber over the gnarliest of off-road obstacles. Despite its cushy interior, it will safely ford through 35 inches of water.

And it is indeed a cushy interior, as it should be for $91,620, despite the Discovery being outfitted for gnarly off-road adventure. Thanks to a wheelbase spanning a vast 115 inches, seven adults actually fit in the three-row Discovery. The perception of space, light, and vision certainly help, as the aforementioned stepped roofline allows for stadium-style seating that places rear seat passengers slightly higher than their front-row peers without sacrificing headroom. It is a comfortable place in which to spend time, either on or off-road. 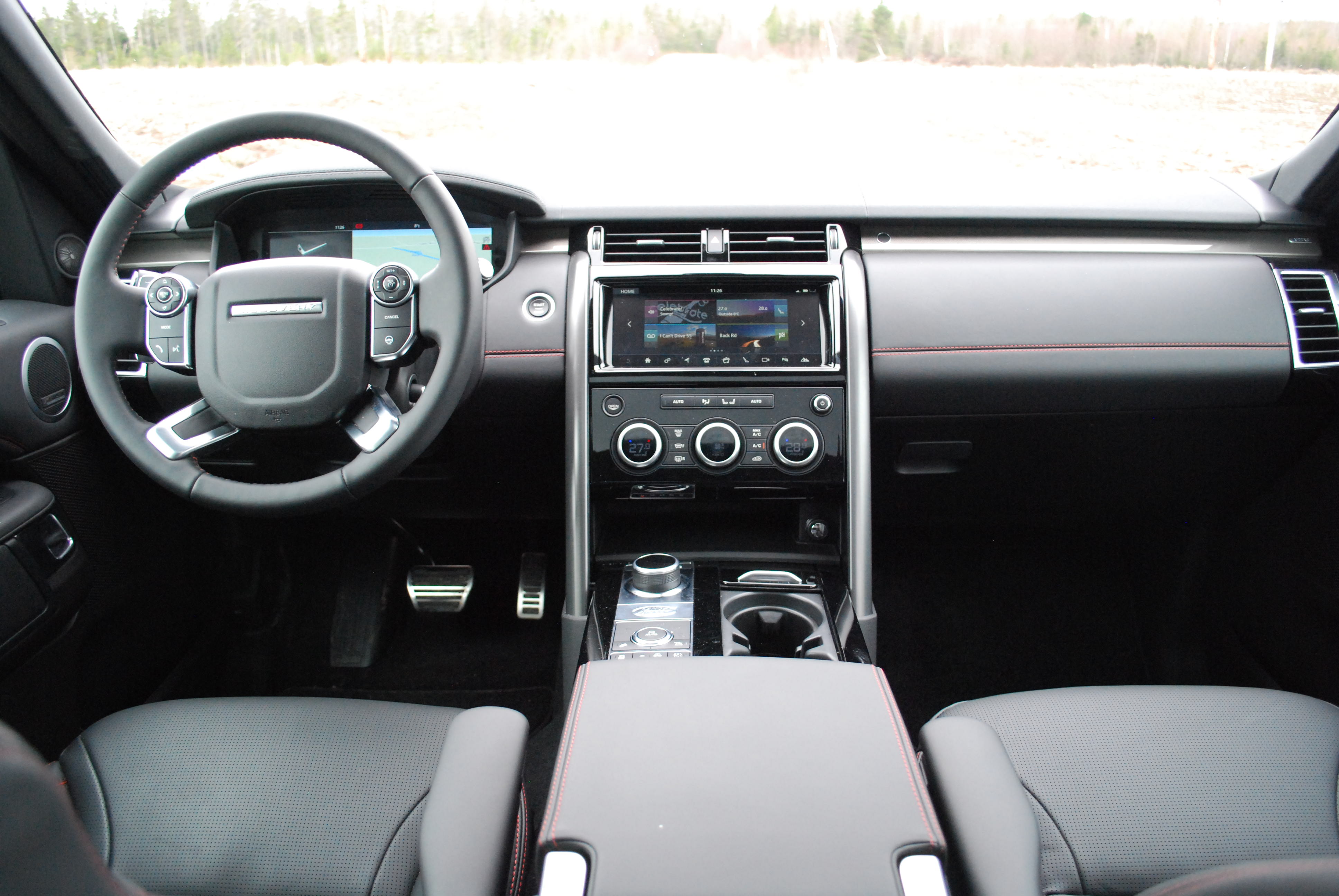 The interior of the Discovery is hewn in fine style, with clear gauges and an infotainment system that is easy to understand and operate. There is an interesting texture to the dashboard and a-pillar coverings. Its soft-touch surface has a Gore-Tex feel and will not likely produce annoying glare. Twin gloveboxes face the passenger, where the upper glovebox completely disappears until summoned by way of a penny sized button. Pointing to JLR’s desire to boost the Discovery’s family appeal, no fewer than nine USB ports pepper the interior, including some in the 3rd row.

There are a couple of ergonomic excrescences, thanks to details getting lost in translation from across the pond. The volume knob is a long reach as it is far closer to the passenger, while the placement of the steering wheel’s power tilt/telescope joystick is on the right side of the steering column rather than the traditional left. Both lead to unnecessary nighttime fumbling. Swap the steering wheel to its British location, though, and these positions makes sense. 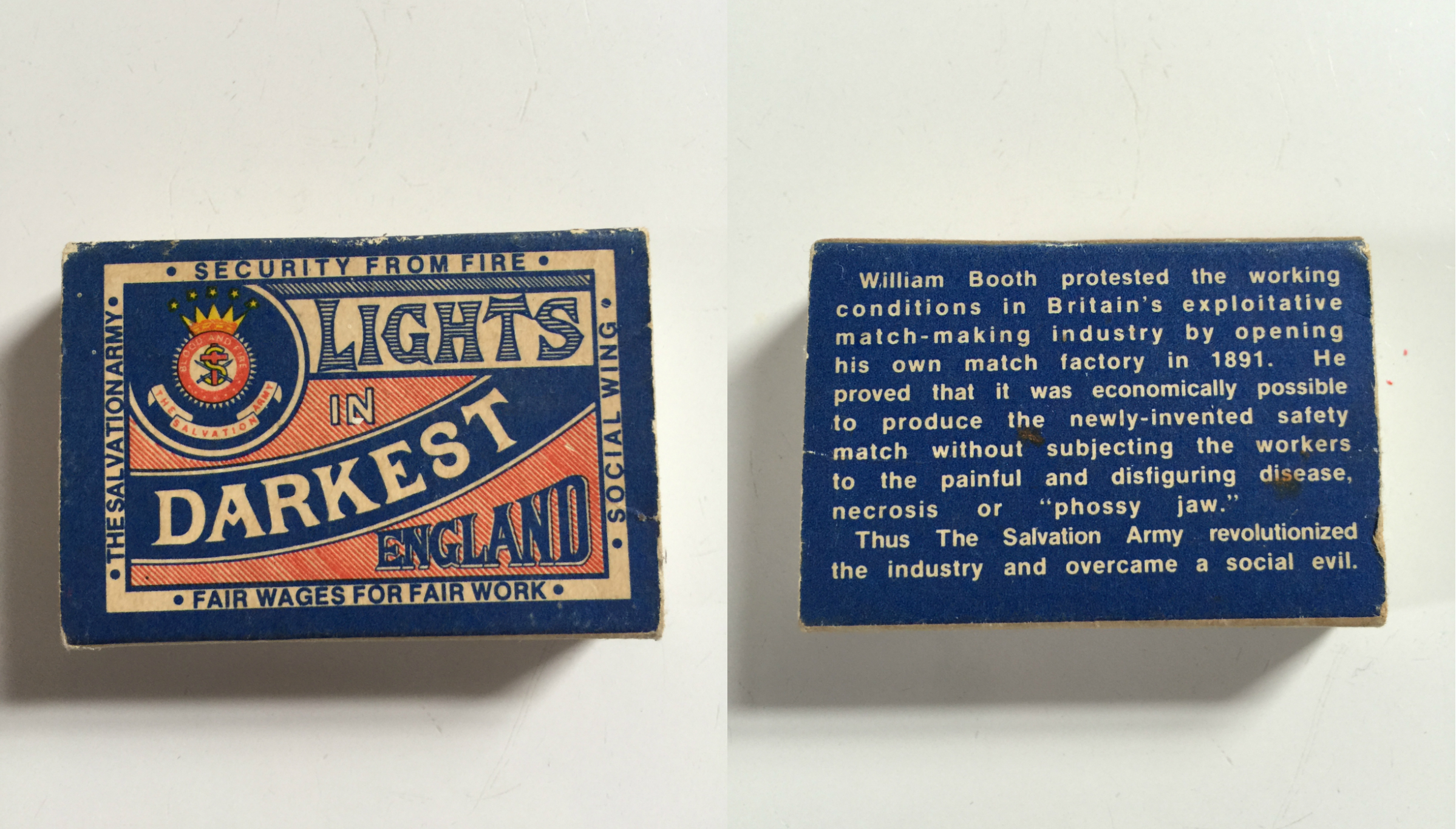 It’s 10:00pm. Do you know where your seats are? The Discovery does. Incorporating 23,000 lines of software code (seriously) all seven chairs know where each other are at any given time. If a person folds one of the seats – say, in the middle row on the passenger side – it will recognize if the front passenger seat is too far astern to allow for fully flat folding. Like a dutiful British butler, this Land Rover will pause the middle-row seat’s power-folding cycle, scoot the front passenger seat forward a tad, and then resume folding the middle row. Thirteen different systems work in tandem to accomplish this task.

Like a character intent on breaking from the crowd, traditional British cues pop up from time to time. Turn signals emit a deep tick-tock sound for all the world like a reassuring grandfather clock. The brand’s famous ‘curry hook’ still resides in the passenger footwell, ready to accept a bag of takeaway food. Quirks like these, along with the stand-apart styling, is what makes the Discovery a soulful alternative to the staid Germans. It will appeal to new buyers who want a seven-passenger luxury SUV that’s more than a carbon copy of every machine in their suburban neighbourhood, while continuing to placate the scattered Land Rover purist who wants to ford through three feet of water on their way to the cottage. Luxury features like the intelligent folding seats and a FitBit-esque wristband that supplements the keyfob seem like an odd blend when tossed together with the Discovery’s off-road grunt, but those traits instill the truck with a character and style worlds apart from its competitors.

Personality? The new Discovery has loads of it. In the crowded luxury SUV arena, that’s a very good thing. 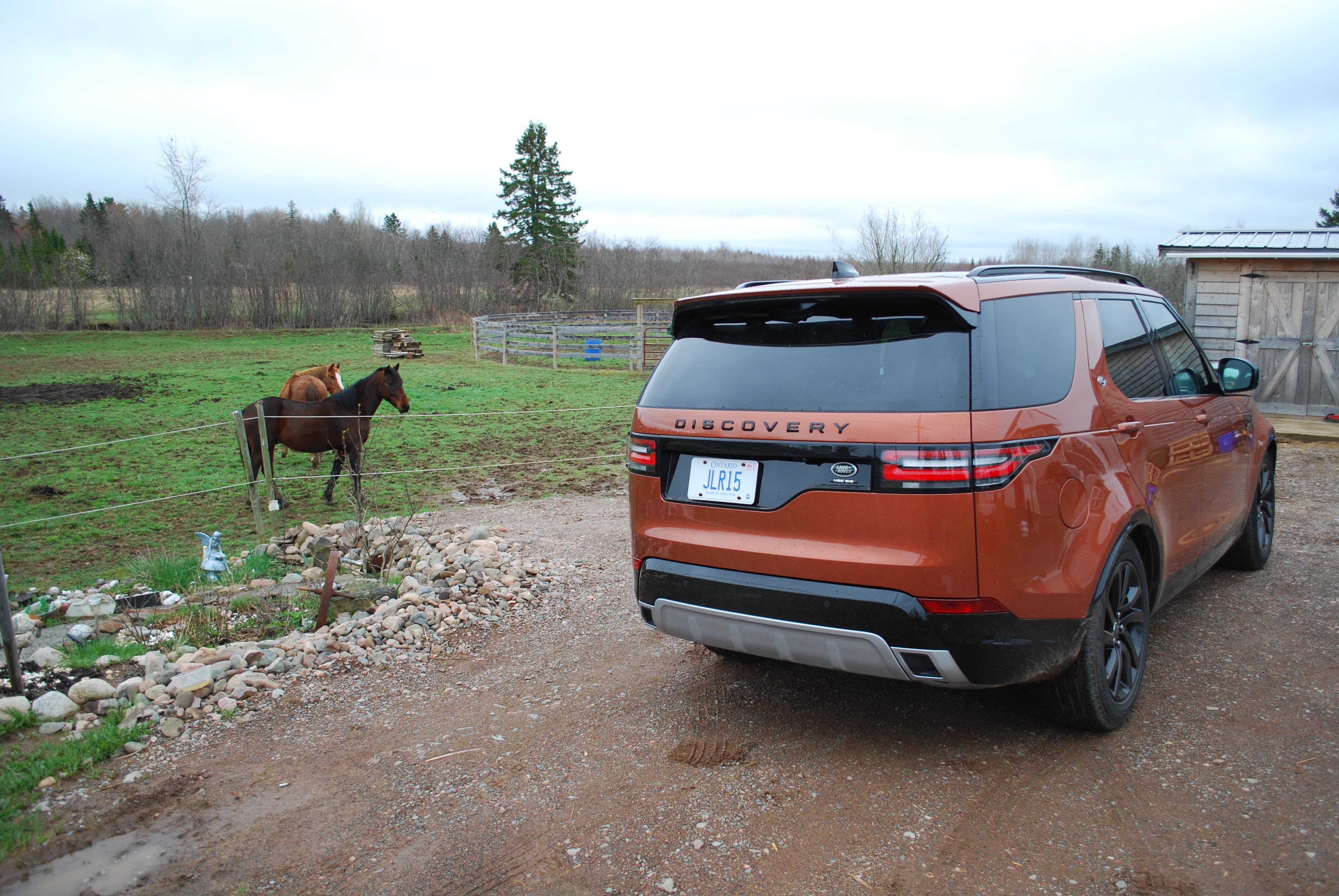 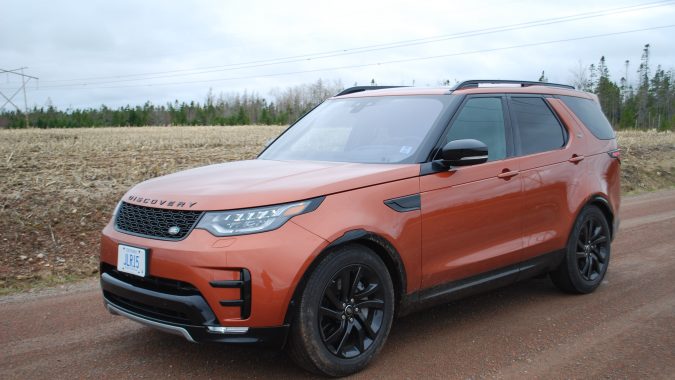 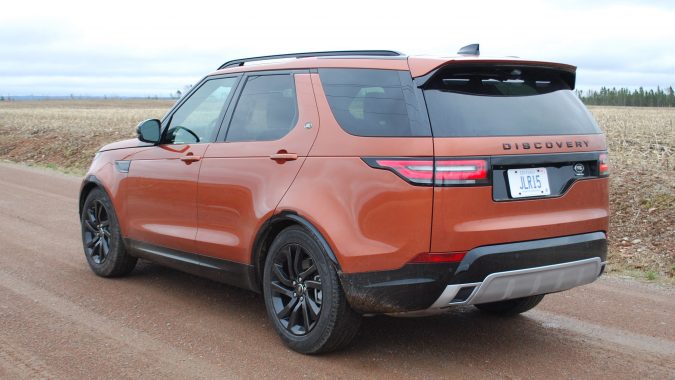 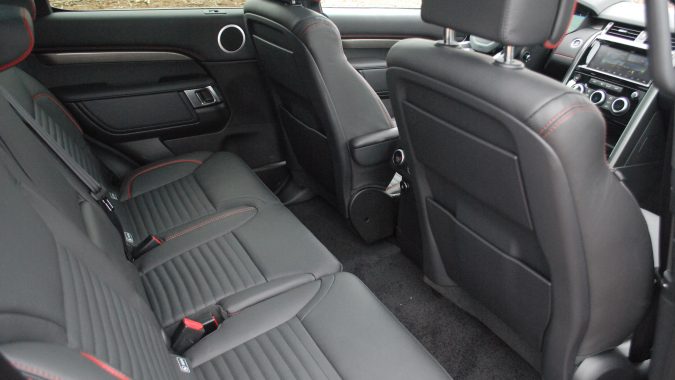 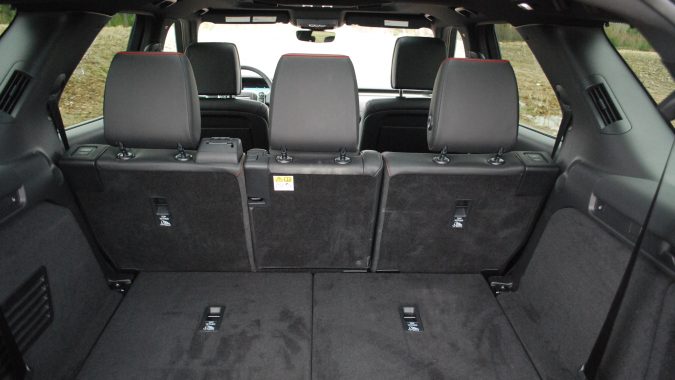 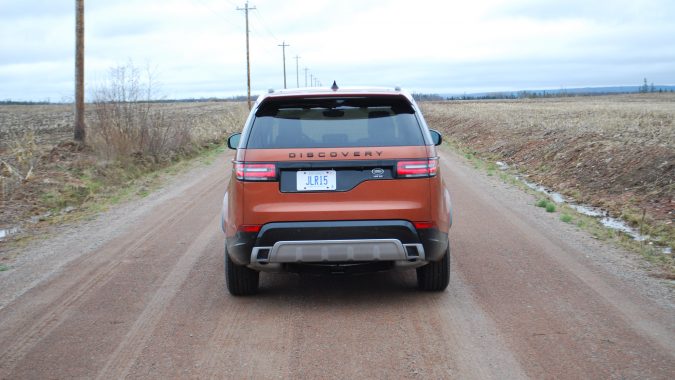