The ultimate Huracán, confirming that Lamborghini is building supercars for drivers.

When someone says the word “Lamborghini,” this car is exactly what comes to mind. The imagination conjures a low, sleek, Italian supercar with aggressive lines and sharp creases crafted into the bodywork, and this Huracán Performante fits the bill perfectly.

But it’s not for most people. You’re nearly sitting on the ground. It’s loud. It’s got a carryon’s worth of luggage space. The roofline makes you tweak your head sideways before you drop into the seat. And it attracts the kind of attention teenaged girls used to give Justin Beiber.

Lamborghini’s entry-level supercar comes in various forms. There is the regular all-wheel drive, the lithe rear-wheel drive, and the open-top Spyder models, but this Performante is intended for those of us who enjoy wringing out that last tenth around the race course.

Before we get to have a look under skin of this Performante, it’s important to note they’ve achieved something special here. Normally, Lamborghini doesn’t concern itself with on track performance, but the marque is involved in motor racing around the world, so when they deliver a hotted up version of the Huracán, it had better have the real world chops.

As it turns out, what they’ve accomplished is fully resolved iteration of the Huracán that is capable of throwing down a near top-of-the-charts time around the famed Nürburgring Nordschleife, but unlike many other ‘ring specials’, this Lamborghini isn’t a one trick bull.

Over the standard Huracán, this Performante is noticeably distinct. Power is up, weight is down, there’s active aero, a dialed down suspension, and the all-important, bespoke sticky tires from Pirelli. Plus, with the bold front splitter, tall rear spoiler, and door stripes the colour of the Italian flag, it’s obvious to even the non-enthusiast that this is one fast Lamborghini. 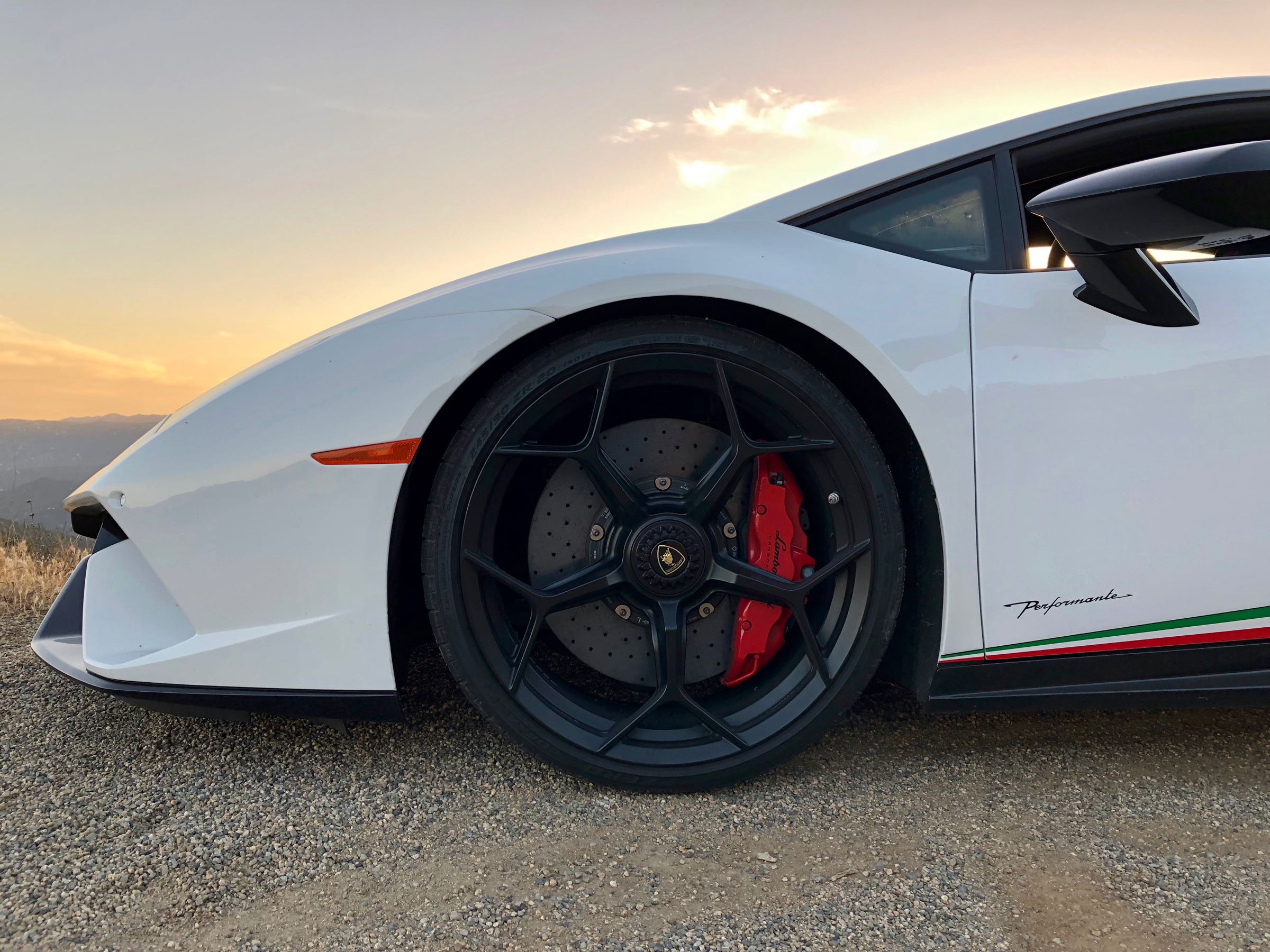 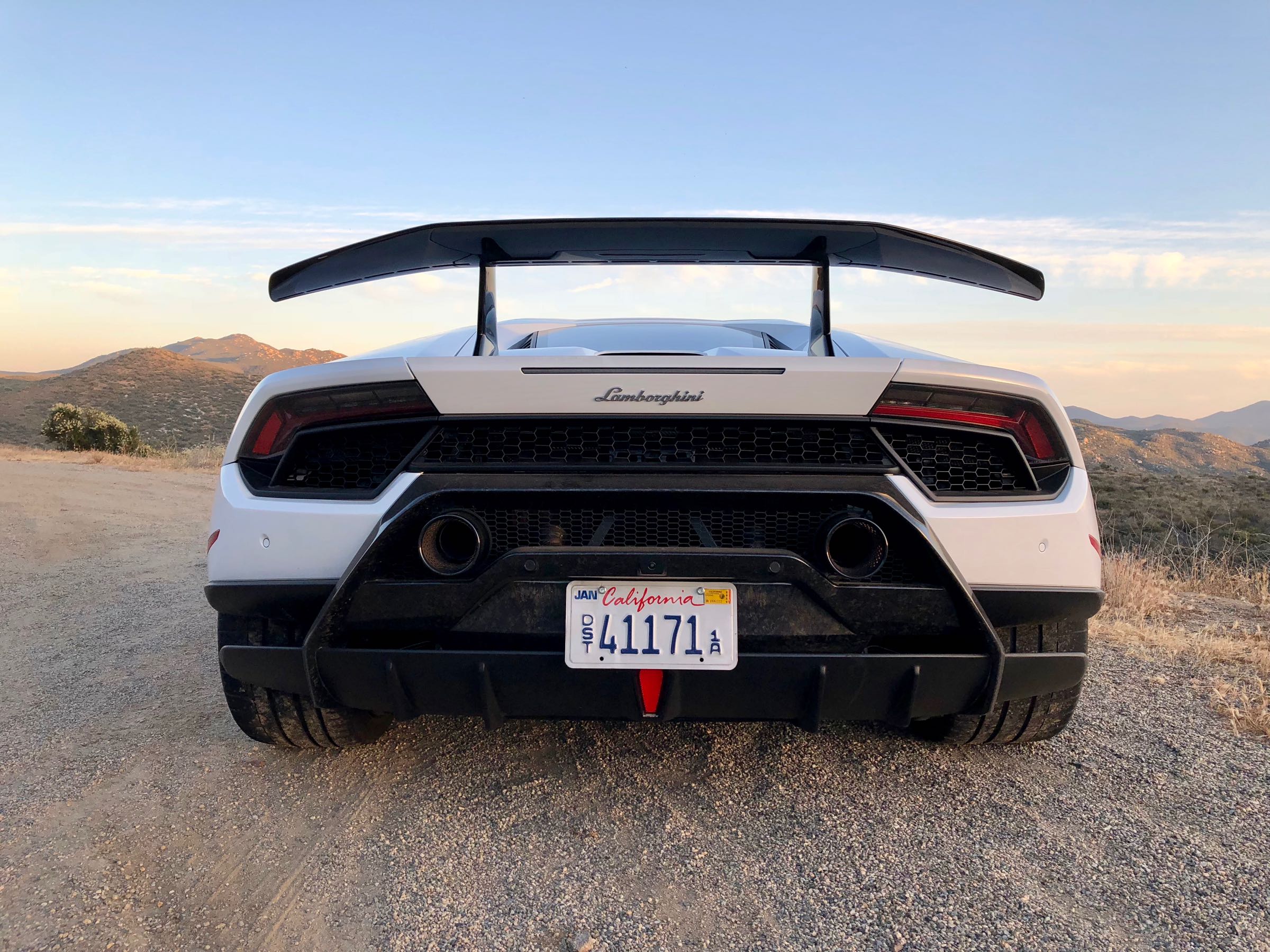 It has indeed gone on a bit of a diet and dropped 40 kilos overall. The unique and wonderfully crisp, naturally aspirated, 5.2-litre, dry sump V10 is up to 640 horsepower and 442 foot pounds of torque. When other supercars make their impressive numbers with turbochargers (I’m looking at you, McLaren and Ferrari, and your fat torque curves), Lamborghini’s eardrum-splitting V10 gives the Performante the immediate throttle response it deserves, as well as the aural reward for running it up to 8,000 RPM where it makes it’s a peak 640 horsepower.

The seven-speed dual clutch box has been recalibrated for the Performante’s power. The all-wheel drive system remains, which is a good thing, particularly for its pavement-scorching acceleration.

To be precise, Lamborghini says the Performante is capable of zero to 100 km/h in 2.9 seconds to, which seems conservative from my seat-of-the-pants data acquisition system. From rest, hitting the throttle throws you into the seatback with thrust otherwise reserved for a fighter jet.

Spring rates, roll bar rates, and bushings are stiffer over the regular all-wheel drive Huracán and the engineers say it’s good for 15% better roll stiffness. The Performante rides on Pirelli P Zero Corsa tires as standard, engineered specifically for this application, with Trofeo Rs as optional, and of course stability and traction systems have been recalibrated to suit all of these changes. As well, the Performante has a slightly quicker steering rack than standard, which makes this supercar a little more enjoyable to steer.

What you see in and around the Performante is Lamborghini’s signature forged composite for some trim pieces throughout the cabin and the engine compartment, but also some key structural components. Similar to carbon fibre, forged composite is much less labour intensive and, as a result, more cost effective to manufacture. The finished pieces, especially the front and rear spoilers have a unique look and lend an air of distinction to the Performante.

The Alcantara throughout the interior is the correct upholstery for a track-oriented supercar and nearly every possible surfaced is finished in this soft, durable, suede-like material. On the wheel and the seats, the Alacantara is more effective for grip than leather, and the rest of the interior is upholstered in that same material for a purposeful aesthetic. The wheel feels great in your hand – despite the lame flat bottom style design – and seating position is near perfect. For a supercar, it’s nearly a ten out of ten. 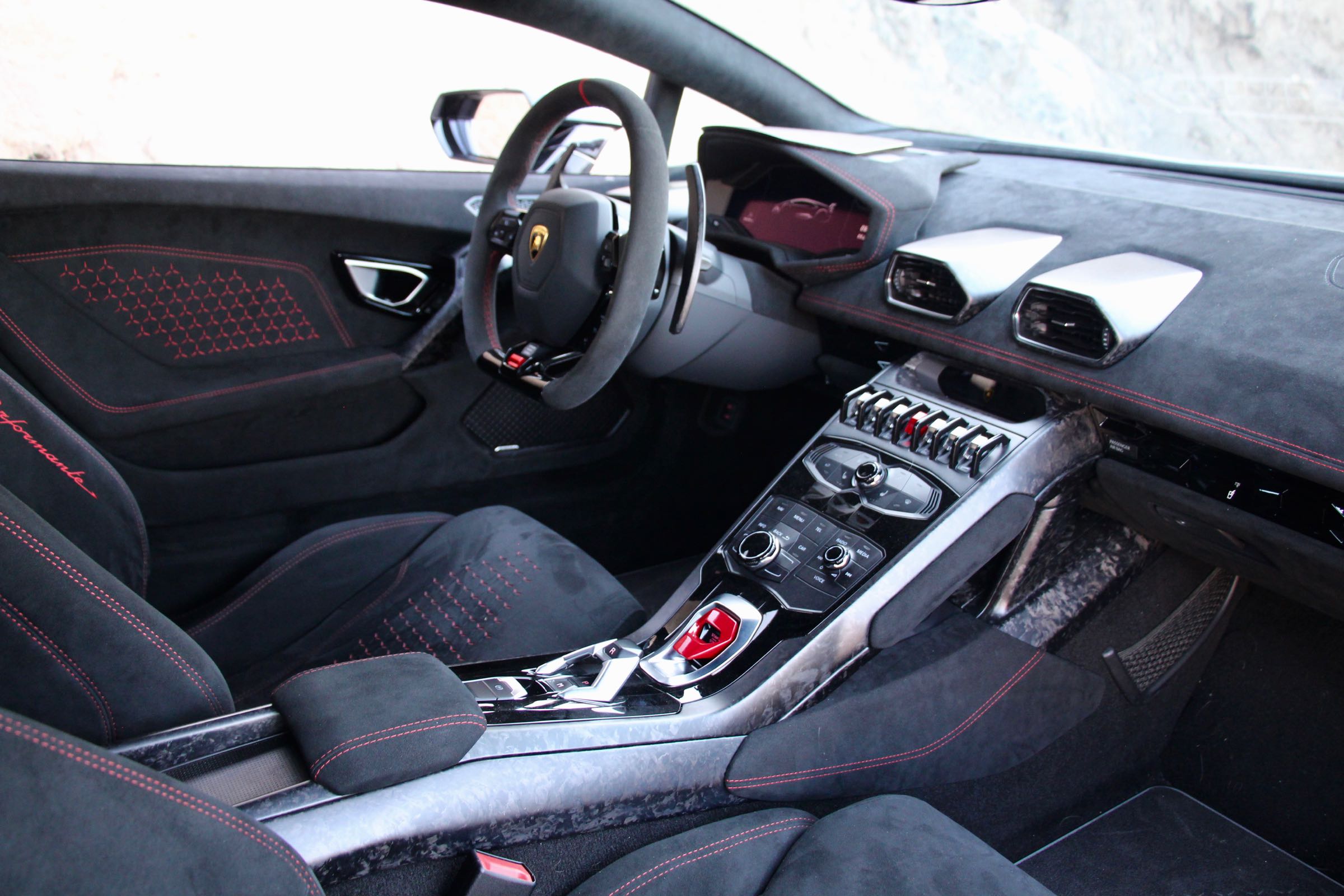 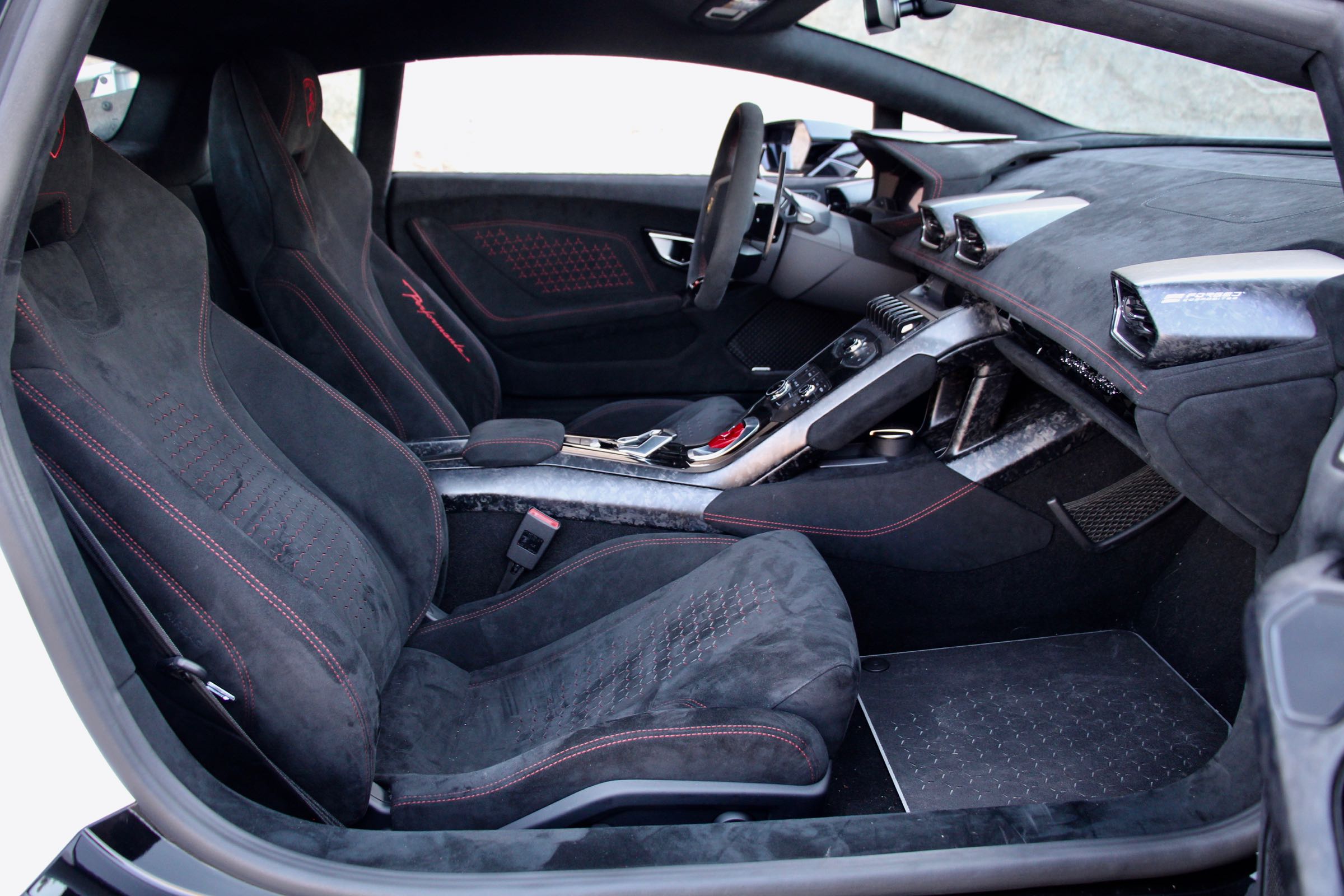 Among other things, the digital dash display will actually show you how the active aero is working in real time, very cool, and, since it’s 2018, this Lamborghini’s got Apple Car Play. Yes, indeed. On the other hand, the infotainment screen and controls are now starting to feel a little dated, but it’s not an issue because the rest of the interior is pure Lamborghini drama and excitement. Save for the audio and navigation interface, the digital display is modern and the Corsa drive mode display is just as dramatic, and as effective, as the rest of the supercar.

The lightweight exhaust makes it sound a little more purposeful than the other Huracáns and every time you fire up the Performante, you’ll want to switch the wheel-mounted ANIMA drive mode selector from Strada to Sport or Corsa, just so the exhaust opens up and you can enjoy the sound of that thrilling V10.

Speaking of the drive modes, in the Performante, they’re more distinct from one another than in other Huracán models and, from time to time, you’ll be tempted to leave it in Strada because it makes this a very livable supercar. On that note, literally speaking, Strada is the default start up mode, which is the least loud (note that it’s not appropriate to refer to it as the most quiet) and perhaps only upside is that it’s one less reason for your neighbours to get annoyed with you. But it’s a Lamborghini and it’s meant to be loud, but hopefully your neighbours also enjoy automobiles.

One of the key engineering programs that makes the Performante so perfectly capable around the track is the active aerodynamics system. Officially, it’s Aerodinamica Lamborghini Attiva, if you wish to get formal about it.

None of the external pieces move, actually. The front spoiler is active; airflow through the spoiler and internal flaps open and close to either increase downforce or lower drag. It’s nearly the same at the rear, but with an even greater cool factor. Air is channeled over the engine cover, into these intakes and when the internal flaps are open, airflow goes through the uprights and is released on the underside of the forged carbon wing. When the flaps are closed and there’s no airflow, you’ve got maximum downforce.

What’s more interesting is that it will vector the aerodynamic effect laterally by increasing downforce on the side of the car that’s on the inside of a corner. With the special tire, suspension development, superb brakes, the formidable power, and this unique aerodynamic package, it’s no wonder this Performante is ready for the race track.

This isn’t the kind of car you just drive. No, this Lamborghini is something you experience. From the moment you push open the door handle, pull the lever, and open the door to the cockpit, it’s a special occasion. You slide behind the wheel, flip up the cover on the start button, fire up that glorious V10, and take a moment to appreciate the dramatic cockpit.

Drop the car into gear, roll into the throttle, listen to the revs climb, and the feeling through the wheel and through the seat is simply electrifying. Whatever was weighing on your mind before you got into the Performante just melts away.

The other Huracáns aren’t slouches by any stretch of the imagination, but with this Performante, they’ve sharpened it into a surgeon’s scalpel. The quicker steering is a subtle change and I love it. I’m a brake fetishist and these powerful carbon ceramics are near perfection. Brake feel is high fidelity and modulation is effortless.

Sure, the Performante’s roll stiffness is up fifteen percent, but it actually doesn’t compromise the ride. As much as it’s capable of carving the perfect line through any corner at any speed, the ride isn’t punishing.

Grip with the Pirelli Corsas is impressive and an experienced driver can still explore the Performante’s limits, but you’ll really want a racing circuit to become fully intimate with this Lamborghini.

Even on the road, drivers can appreciate this ultra-fast Huracán. The Performante is a fully resolved, completely dialed down Lamborghini. In its essence, it is the ultimate Huracán and confirms that Lamborghini is building supercars for drivers. 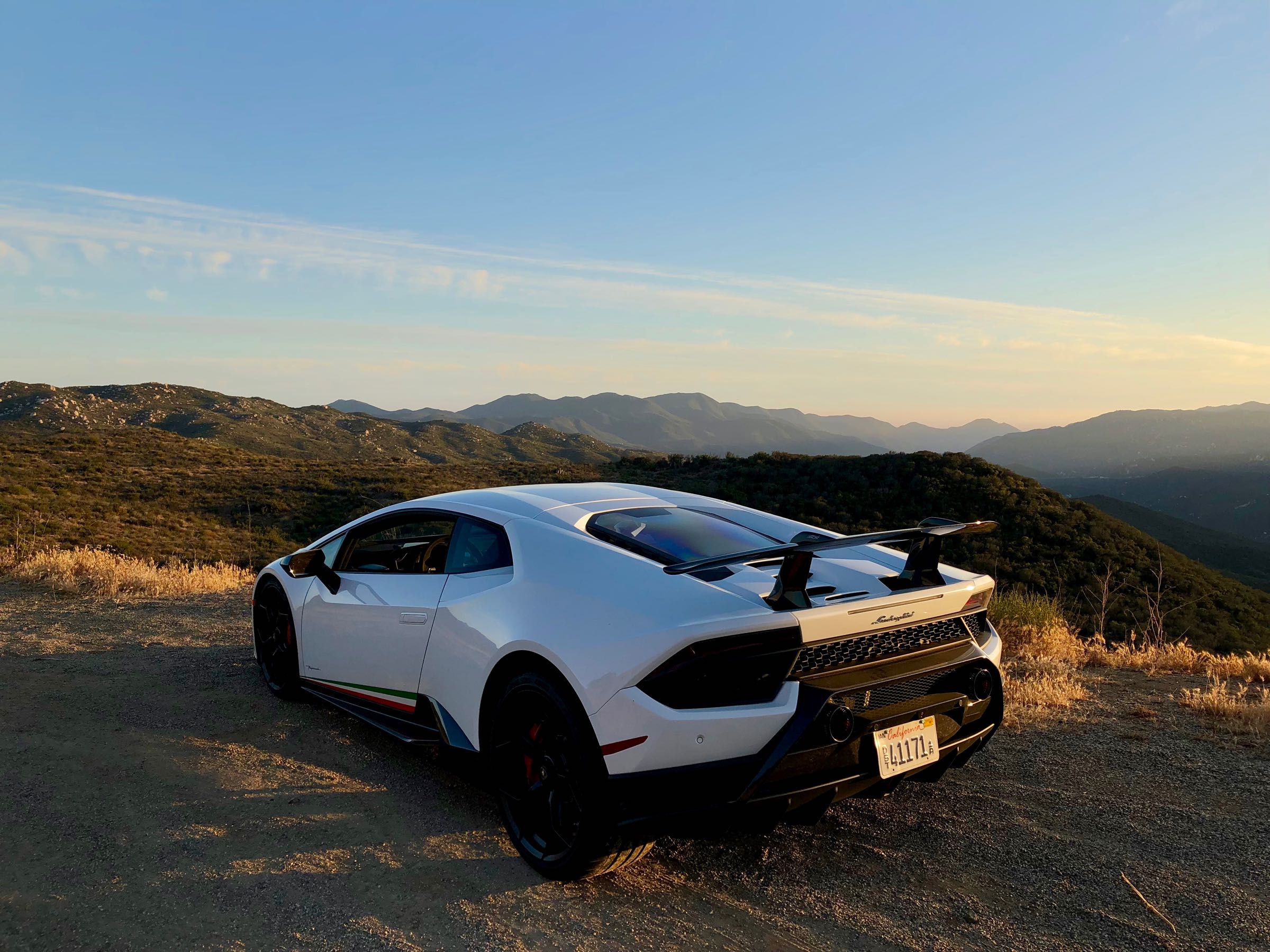 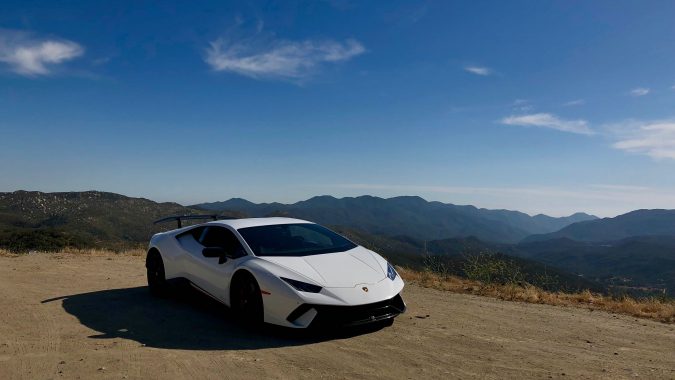 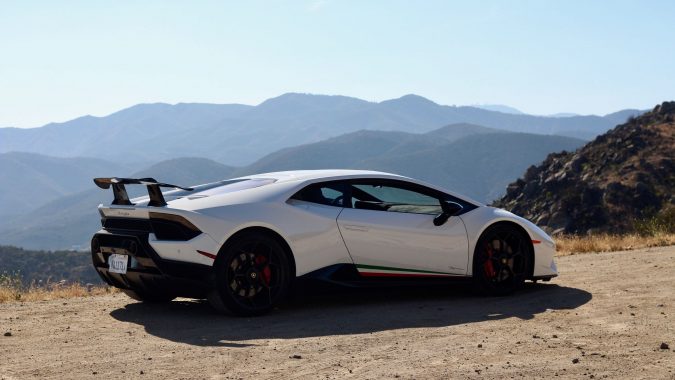 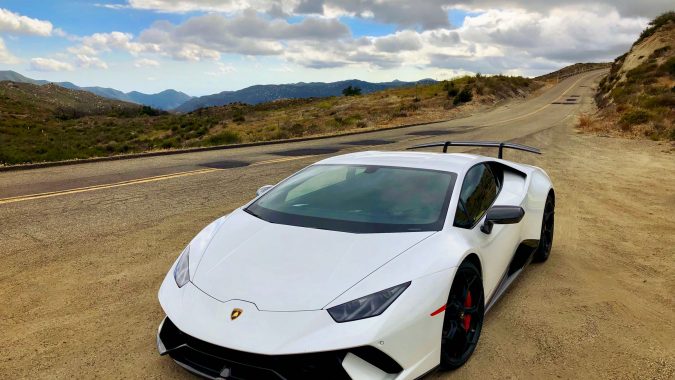 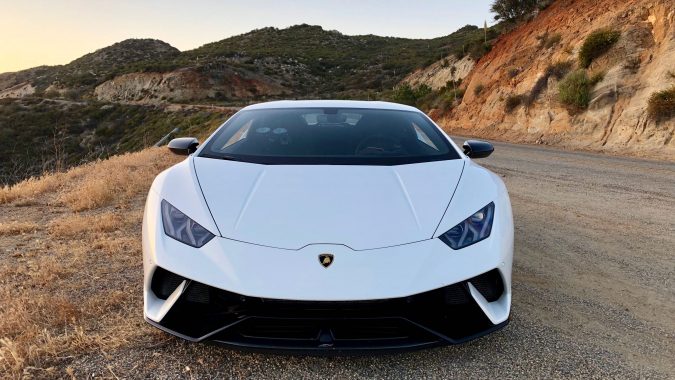 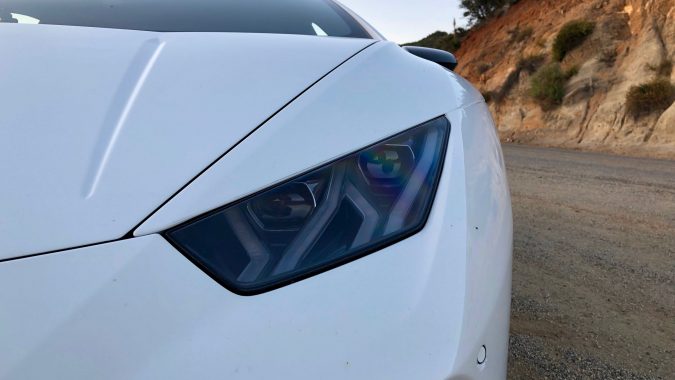 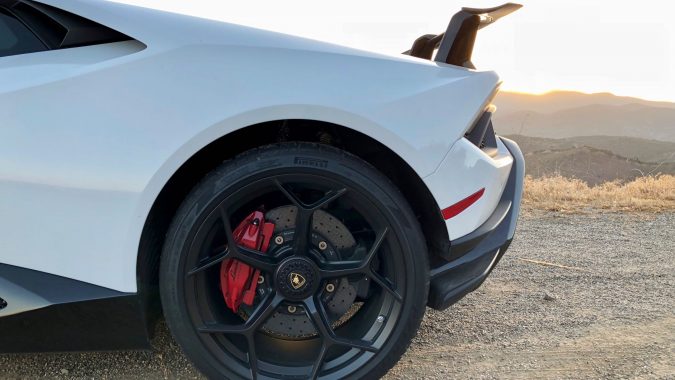 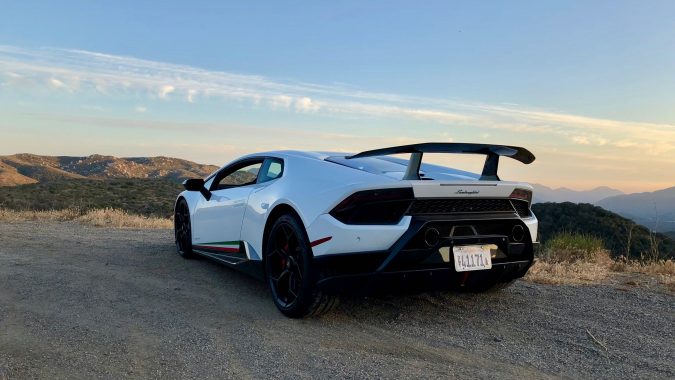 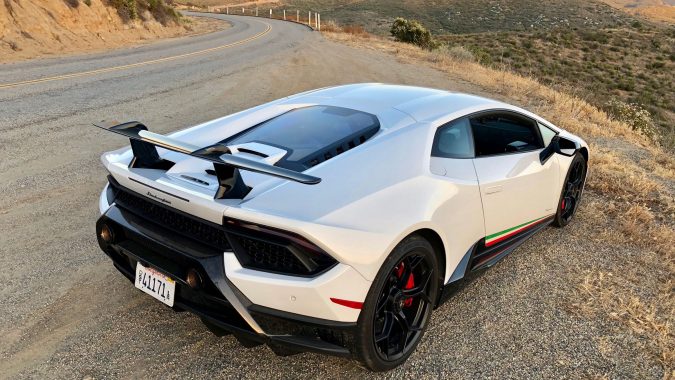 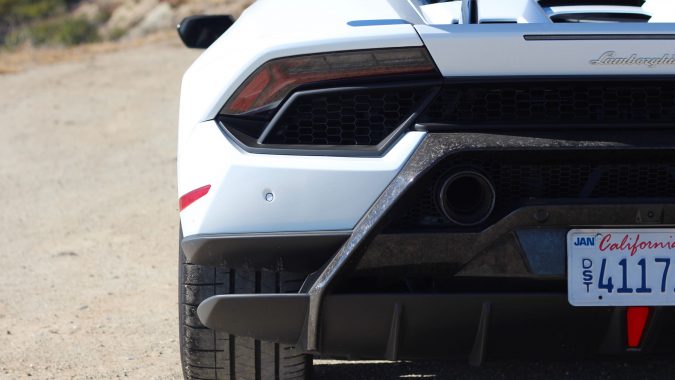 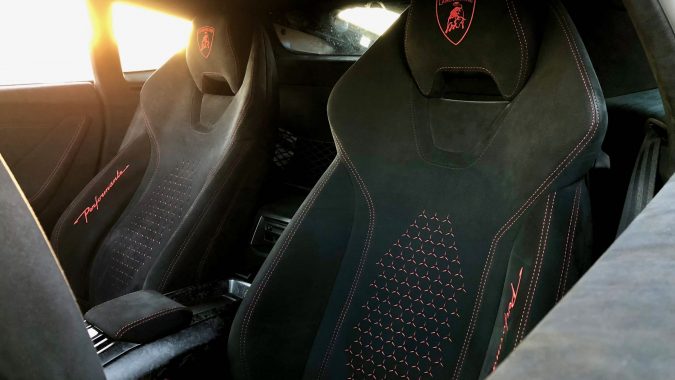 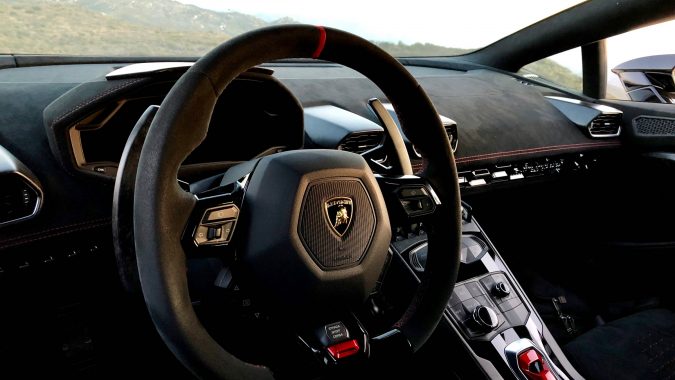 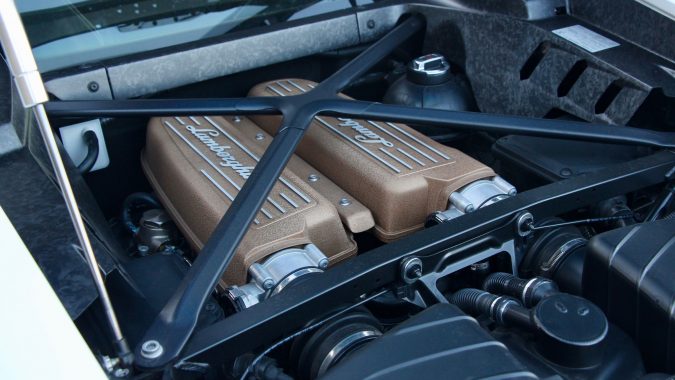 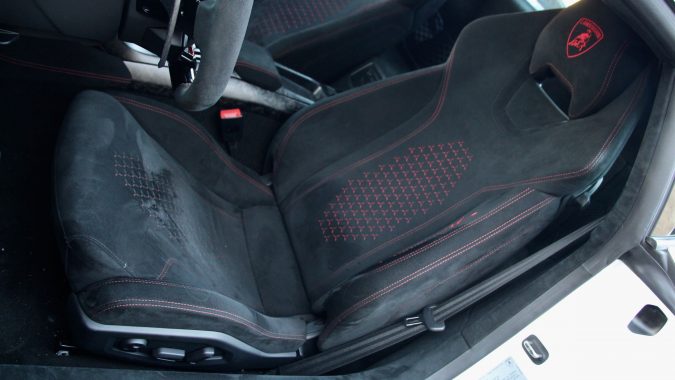 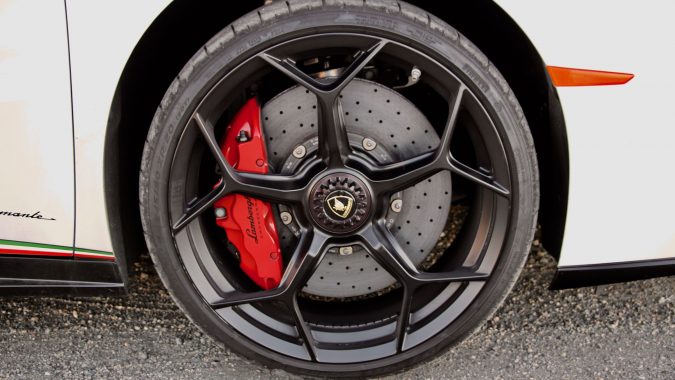