Spice up your life

The Infiniti Q50 has been around for a sneaky long time – almost five years – which allows it to get a bit lost in the uber-competitive compact executive sedan market.

I think this is due, in part, to the fact it that doesn’t look much different than it did when it launched in 2013. It isn’t the same as it was, it just looks like it is.

For clarification, the Q50 launched in late 2013 as a 2014 model, received a significant mechanical update in 2016 with the introduction of new engines, and a styling update for 2018.

The Q50 is available in six models that feature three engines (a turbo-four and two turbo V6s), plus a hybrid powertrain. All Canadian-market Q50s are AWD only and come with a 7-speed automatic transmission, the only gearbox on offer.

For the purposes of this review, Infiniti Canada furnished me with a range-topping Red Sport 400 tester finished in dynamic sunstone red.

First introduced in 2016 when Infiniti overhauled the Q50’s engine lineup, the Red Sport 400 is powered by a 3.0-litre twin-turbocharged VR-Series V6 engine that produces – surprise – 400 horsepower and 350 lb-ft. of torque. 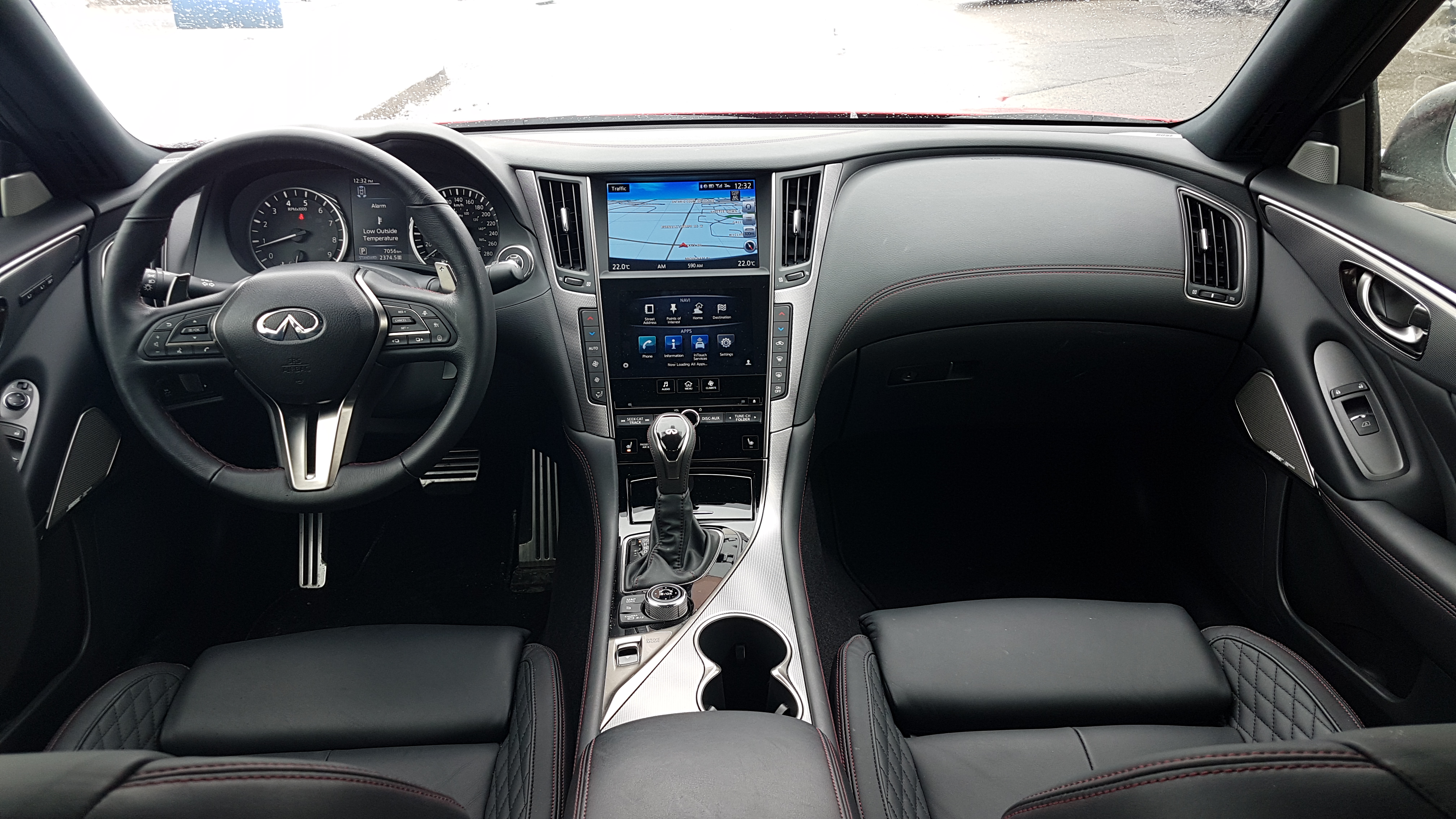 The lightweight, all-aluminum VR V6 replaced Nissan’s long-running 3.7-litre VQ V6 and, despite its smaller displacement, is more powerful thanks to some significant design changes.

The VR employs a high-pressure direct-injection system that delivers more precise combustion for improved performance and efficiency. Other highlights include an integrated exhaust manifold built into the cylinder head – which delivers a shorter flow path for hot exhaust gases and allows the catalytic converter to heat up faster for reduced cold start emissions – and a turbine speed sensor which allows its turbos to spin at up to 240,000 rpm (220,000 minimum) for higher torque and horsepower output. Boost pressure is set at 14 psi, which represents a significant gain over the 9.5 offered in the 300-hp variant found in other Q50s.

As mentioned, the engine lineup was introduced in 2016, so the focus in 2018 is on the car’s appearance.

The styling updates Infiniti has rolled out for the Q50 are built around a reorganization of the model lineup, which now consists of Luxe, Sport and Red Sport. Doing so allows each grade to have a more distinct appearance that separates it from its stablemates.

What remains intact, however, are the elements that made the Q50 such an attractive car to begin with, such as its wide ‘double arch’ front grille, rakish roofline that flows into the car’s short rear deck and curvaceous sheet metal that flares nicely at the corners and gives the car a taut, muscled appearance. Infiniti has simply enhanced the appeal, while updating the human-eye LED headlights, slimmed the rear LED tail lights (borrowing inspiration from the Q60 coupe) and added more detail to the mesh pattern of the front grille.

In other words, Infiniti designers have wisely elected to not tinker too much with what wasn’t broken – the Q50 has always been a handsome, and now it’s even more so.

Same goes on the inside, where the changes are more along the lines of subtle enhancements (double-stitching in instrument cowl trim, new wood trim inserts, new steering wheel) as opposed to outright reworking.

Among the untouched on the inside are the heated and cooled leather seats (great), the analog instrument cluster and climate control hard keys (also great), and Infiniti’s InTouch two-screen multimedia system (not so great).

I’m not a huge fan of this system, primarily because it needlessly complicates infotainment functions. Basically, the 8-inch top touchscreen is for the map and the 7-inch bottom touchscreen is for everything else, including stereo tuning (which also has separate knobs and buttons, thankfully), Bluetooth smartphone integration, navigation input and a slew of other apps, most of which I didn’t bother exploring.

The bottom line is it’s the type of system that requires time to learn and master. You don’t just jump into a Q50 and learn this system on the fly. It feels like it was designed for aesthetics rather than function and, after five years, could use a rethink. It’s also worth noting that the VGA map screen resolution looks really dated in 2018. 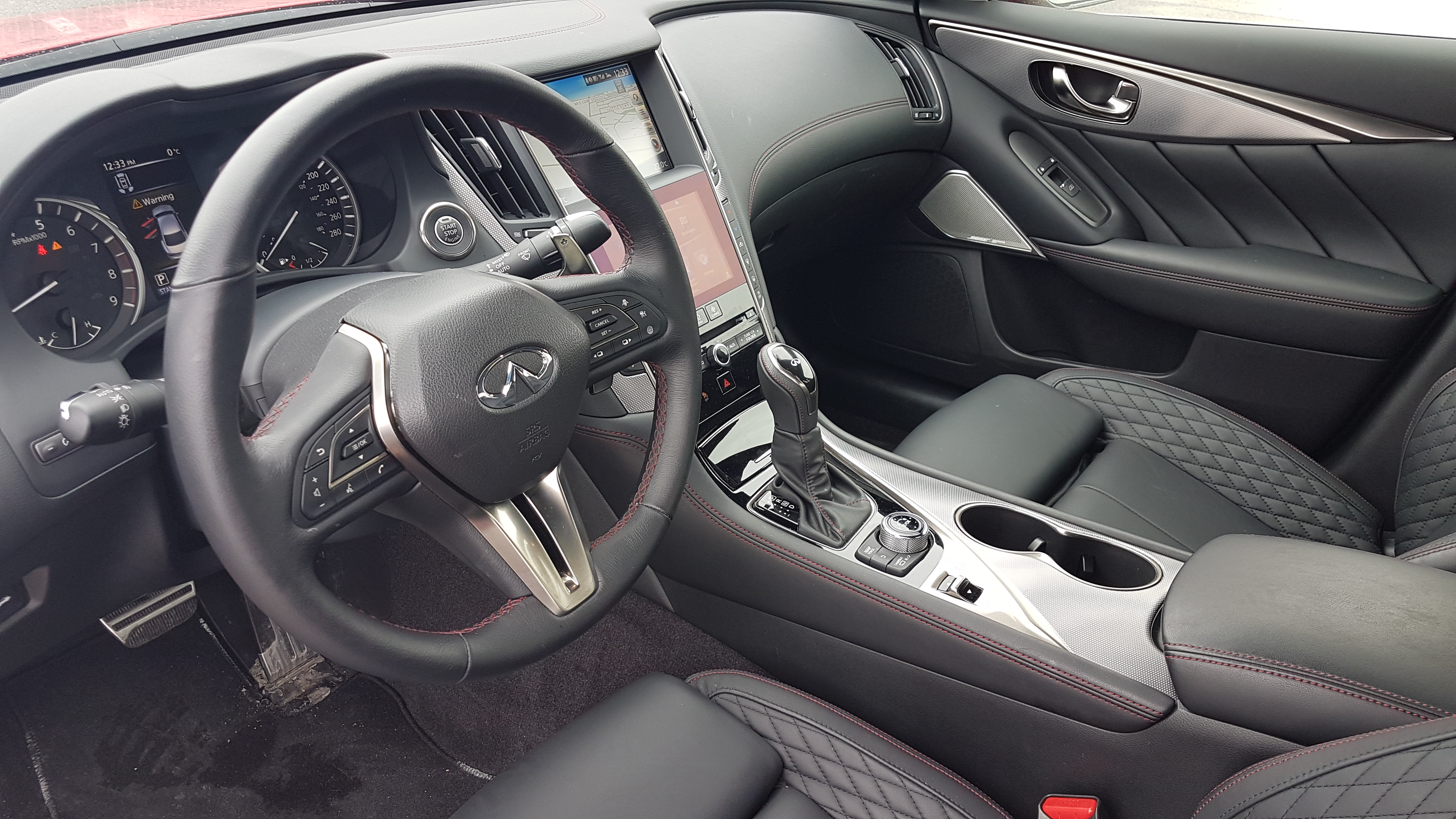 Otherwise the Q50’s interior looks and feels great. Space is a bit tight in the backseat thanks to a sloping roofline, but this six-footer didn’t find it too be too cramped.

As significant as the Q50’s aesthetics are, the real reason to shell out for a Red Sport 400 is because of what’s under the hood. The 400 horsepower VR V6 is simply spectacular. It’s responsive, smooth and powerful and sounds great under acceleration – the exhaust note in sport plus is truly one of the best automotive sounds I’ve experienced. It’s a but muffled, because the Q50 has a well-insulated cabin, but you can hear just enough of it to make you smile.

The Red Sport 400 also comes with Infiniti’s Direct Adaptive Steering (DAS) and Dynamic Digital Suspension (DDS), both of which are designed to give the car a more dynamic driving character.

DAS is designed to provide better feedback and more responsiveness by automatically adjusting the ratio for lesser or greater effort depending on the driving situation – looser in a parking lot, weightier in high-speed cornering. The system also transmits steering inputs to the wheels faster than a digital system (adjusting up to 1,000 times per second) for better handling and control.

As you can see from the photos, I drove my tester back in the winter, so I didn’t have much of an opportuninty to experience the system at speed. I did, however, attend the launch for VR engines in 2016 in Texas where I had the opportunity to hustle a Red Sport 400 (a U.S.-spec RWD model) around a closed course, and DAS did help during turn in and was also very good at reducing low-speed steering kickback.

It’s a similar story for the drive mode selector where, aside from a couple of non-snowy days, this system was parked in snow mode. I did manage to flip it over to sport and sport+ on a couple of occasions, to get a feel for the damping changes DDS provides depending on the setting. As was the case with DAS, my brief experiences with it were reminiscent of the Texas experience where the car’s body roll and overall handling prowess improved in sport and sport+.

Overall, with a starting MSRP of $52,695, the Infiniti Q50 Red Sport 400 is a performance bargain, plus it looks great and comes loaded with a lot of tech and convenience features.

I’m not crazy about the infotainment system, but the car’s mechanicals more than make up for it – it’s simply a blast to drive.

There’s a ton of stiff competition in the compact executive sedan segment, but I’d argue that none are as well rounded as the Red Sport 400.

If it’s not on your shopping list, it should be. 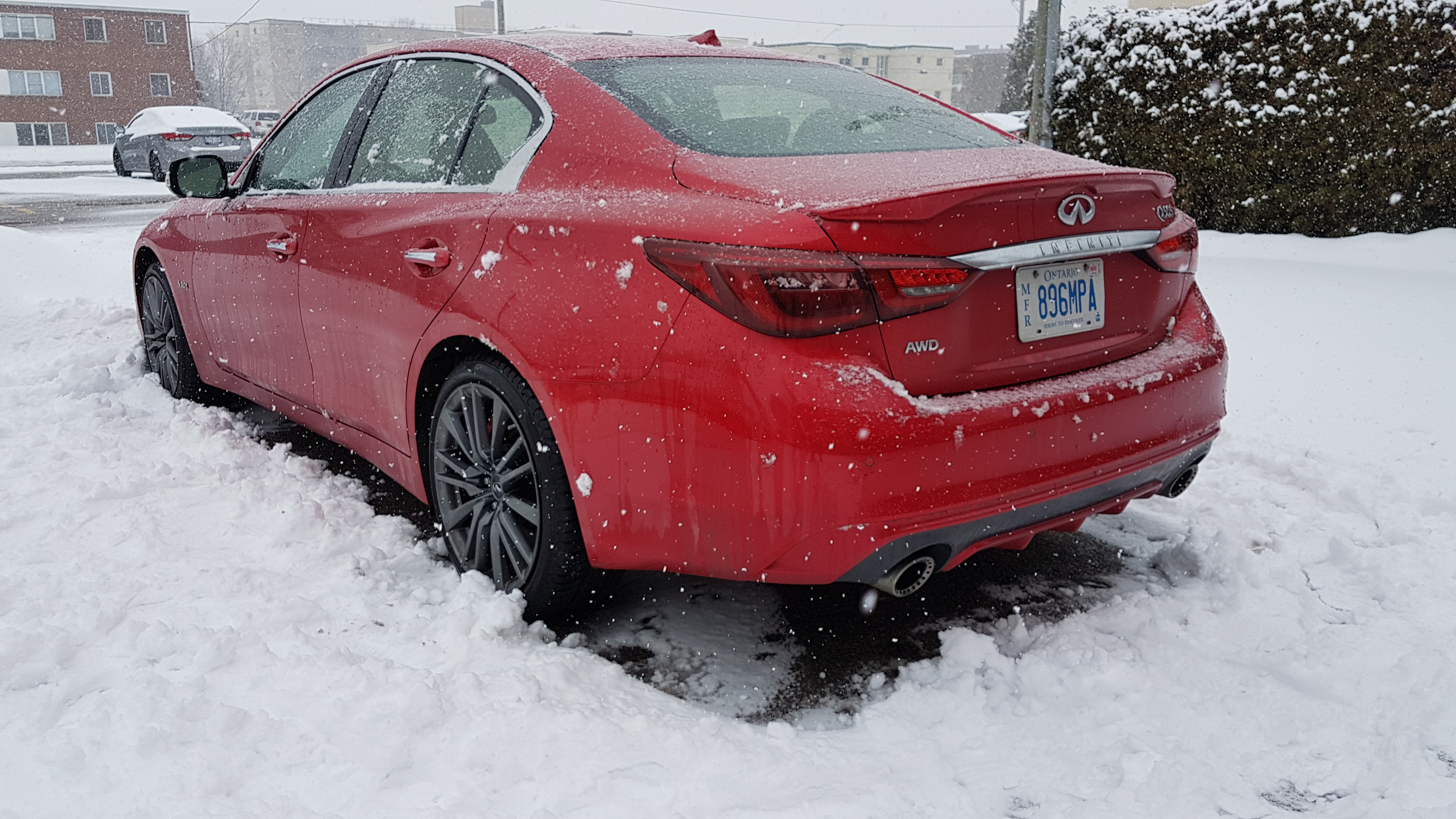 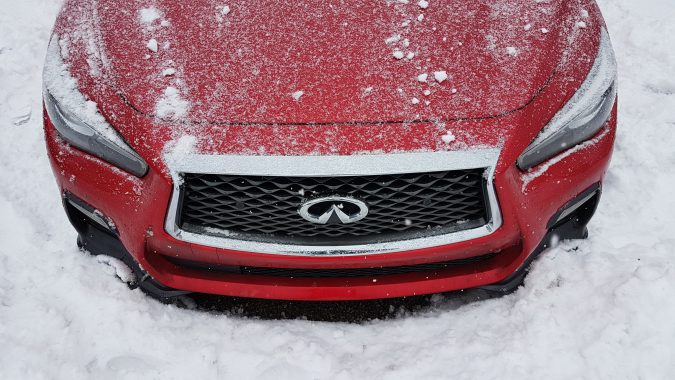 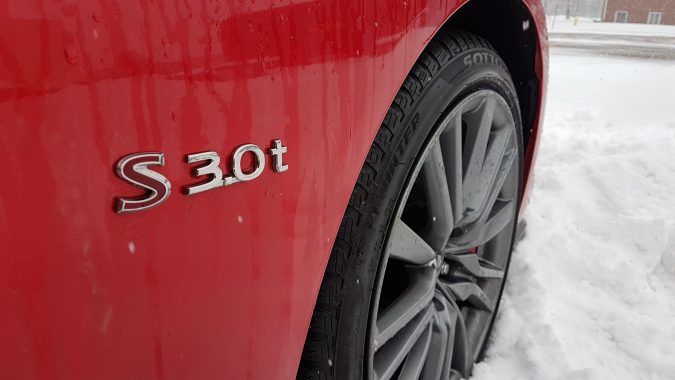 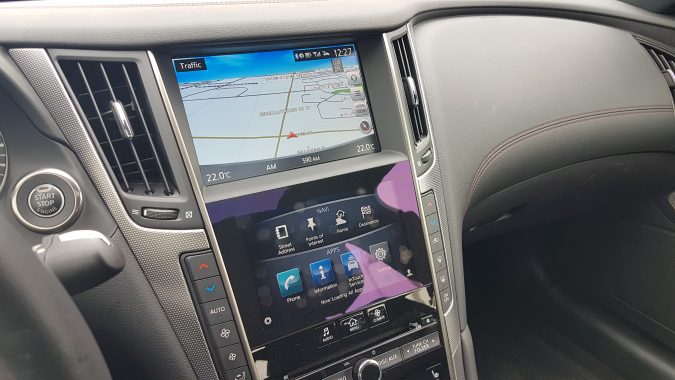 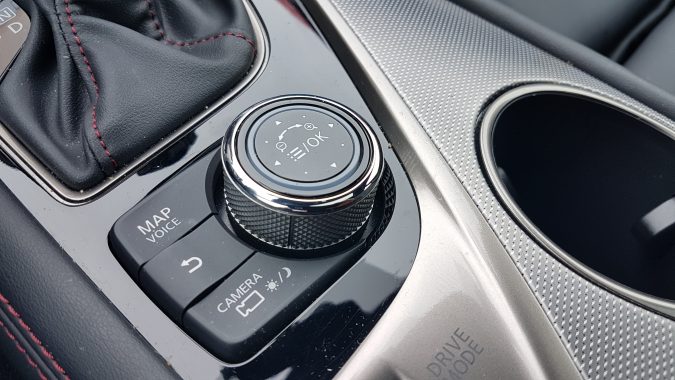 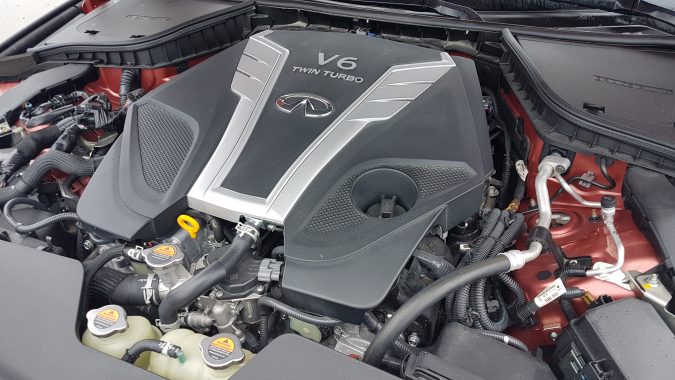 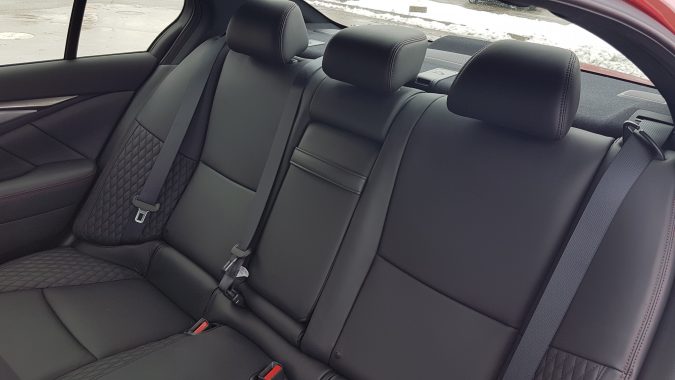 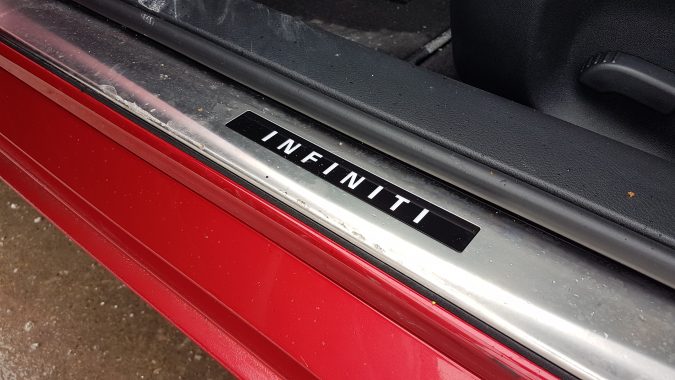 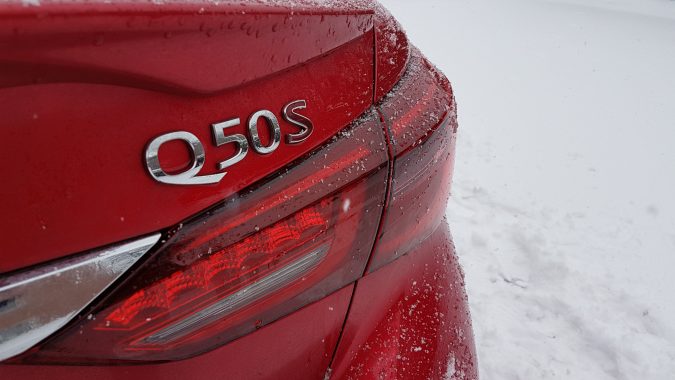