Not your average mid-size pickup

The mid-size Honda Ridgeline pick-up is a bit of an odd bird in the hyper-competitive North American light truck market.

Built on a platform shared with the Odyssey minivan and the mid-size Pilot SUV, the Ridgeline not only shares the same powertrain and manufacturing facility as those vehicles, but also their unitized body structure.

The latter point is a significant one as the world of truck manufacturing is dominated by body-on-frame structures. Honda breaks from this tradition with the Ridgeline, opting to build it on the company’s Global Light Truck platform which features lightweight unibody construction and a four-wheel independent suspension.

Honda has chosen to go this route with the second-gen Ridgeline (and its predecessor) to improve ride quality, handling, and overall refinement, characteristics not normally associated with trucks. More on that later.

The second-gen Ridgeline was all-new in 2016 for the 2017 model year, with a new look and a host of new features, including an In-Bed Trunk, dual-action tailgate and 8-inch display audio with Apple CarPlay and Android Auto.

All five Canadian-market trims feature the same crew cab configuration, singular box length and standard all-wheel drive. One drivetrain powers the entire range – a 3.5-litre V6 which produces 280 horsepower and 262 lb-ft. of torque and is mated to a 6-speed automatic.

Because Honda Canada has chosen to kit out all trims with a lot of standard stuff (even the base LX comes with heated front seats, for example), the Ridgeline’s starting MSRP of $37,290 is the highest in its class.

I mention this because the focus of this review is the range-topping Black Edition which checks in at a shade under $50,000, which is steep for a mid-size pick-up – even one with a lot of content.

And the Black Edition does come with a lot of standard kit: leather seating, heated and ventilated front seats, 18-inch black aluminum wheels, LED headlights, truck-bed audio system, embedded navigation, and special Black Edition trim details and badging are just a few of its many features.

For those willing to ante up, however, the Ridgeline Black Edition has a lot to offer. 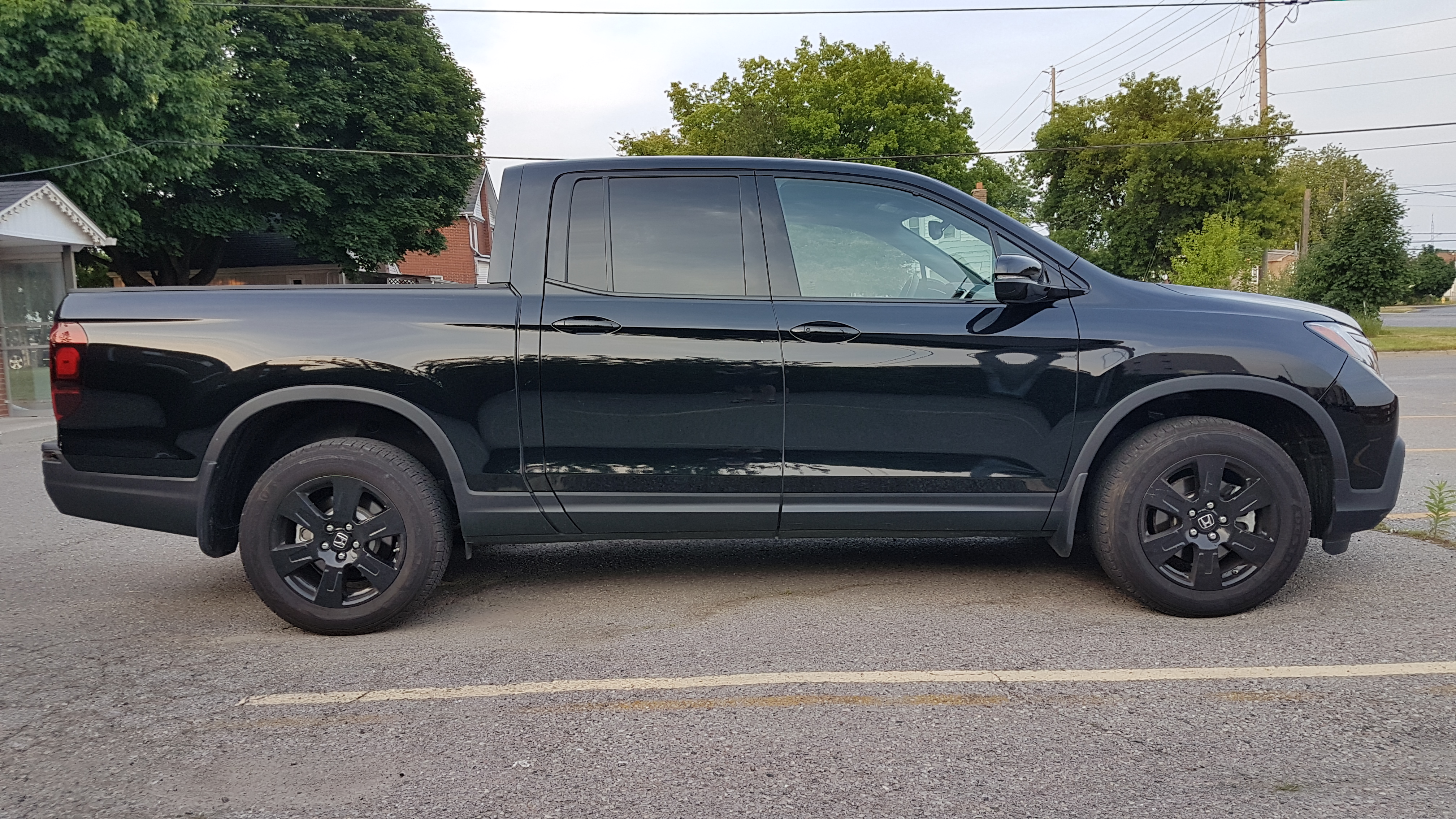 The second gen Ridgeline is a sleeker, more handsome truck than its predecessor, eschewing that model’s blocky and rather brutal looks for a curved and sleeker front end with wedge-shaped LED headlights that flow into a prominent grille that comes with a black chrome bar that runs across the top connecting both together.

Compared to the squarish proportions of its predecessor, the second-gen Ridgeline’s styling is almost rakish. Even its hood, with its creases and curves has a more aero look.
Don’t get me wrong – the Ridgeline still looks like a truck, especially from the cab to the rear, but credit Honda designers for at least trying to make it look somewhat more attractive.
On the inside the Ridgeline is plush, especially in Black Edition form. As mentioned, just about every creature comfort box has been ticked here from navigation to leather seating to 540-watt premium audio to heated rear (outboard) seats and a whole lot more.

I’m a bit skeptical of trucks being equated with luxury cars, but the Ridgeline veers close to luxury territory – there are several Acuras that don’t come with as much standard content as the Black Edition. 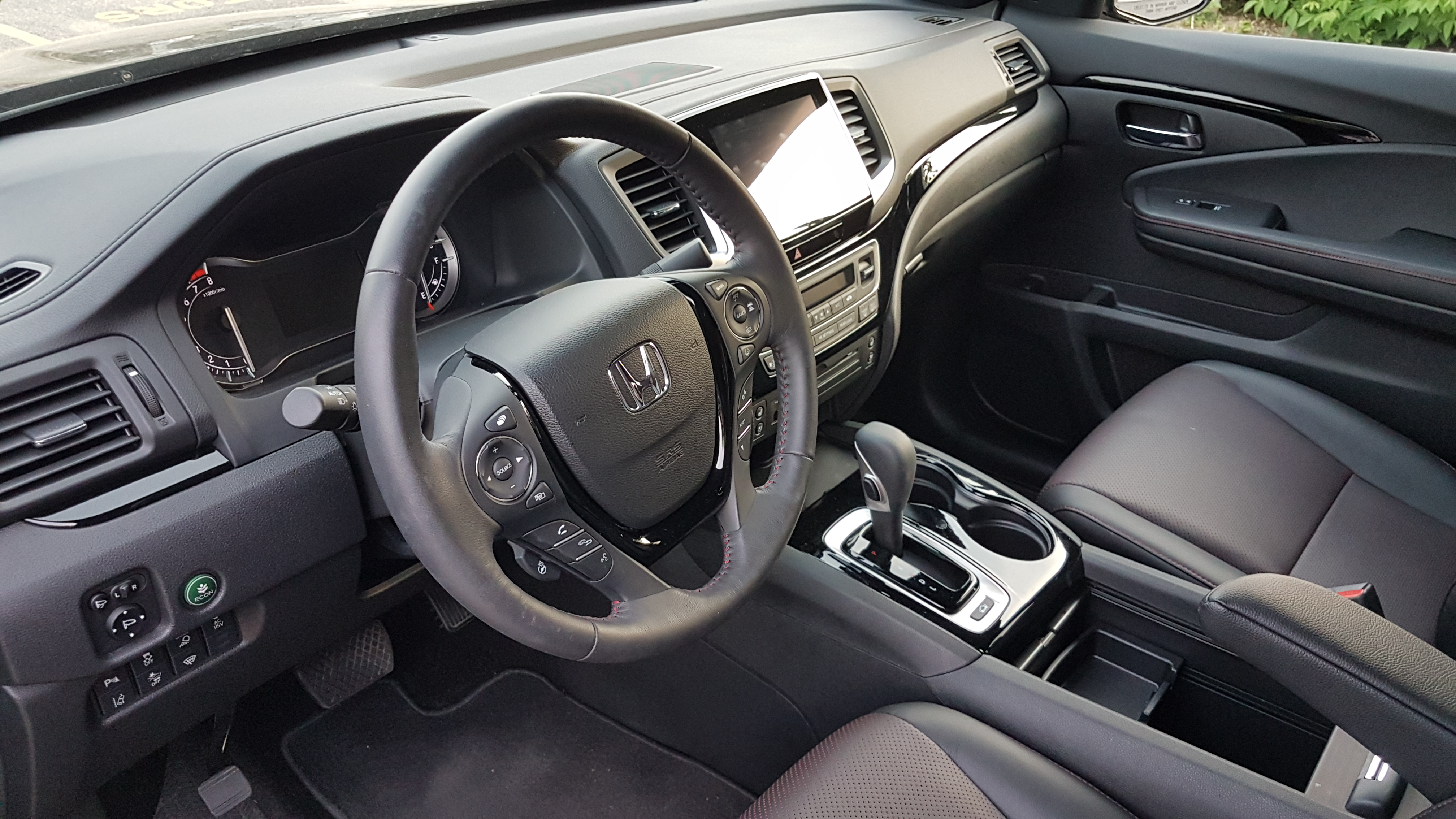 But a cozy, amenity-filled interior isn’t the only calling card for the Ridgeline Black Edition. It also offers a great deal of utility.

Among the highlights here are 60/40 split rear seats that lift up and have underseat storage, in-box storage and a dual-action tailgate that both folds down and swings out like a door.
The box is 1,626 mm (5-feet, 4-inches) long which is 100 mm (3.9 inches) longer than that of the previous Ridgeline, and 1,524 mm (5-feet) wide with 1,270 mm (4-feet, 2-inches) of space between the wheel wells. The latter measurement is key as it allows for wider objects like sheets of drywall or plywood to be laid flat in the bed. With the tailgate down, the bed length extends 2,121 mm (almost 7 feet).

The In-Bed trunk offers 210 litres of lockable, secure space that is big enough to swallow larger items such as suitcases, golf bags or a 77-litre cooler. Additionally, the trunk provides separate storage for the truck’s spare tire, jack and tools. Honda has also cleverly installed a drain plug so the trunk can accommodate wet items and allows for easy washing out, along with three grocery bag hooks.

On the payload and towing fronts, the Ridgeline Black Edition is in the thick of the compact truck pack with ratings of 1,486 lb. (674 kg) and 5,000 lb. (2,268 kg), respectively. Not ideal for lugging a 30-foot boat around perhaps, but certainly more than adequate for towing a 16-foot box trailer and carrying out a weekend reno project. 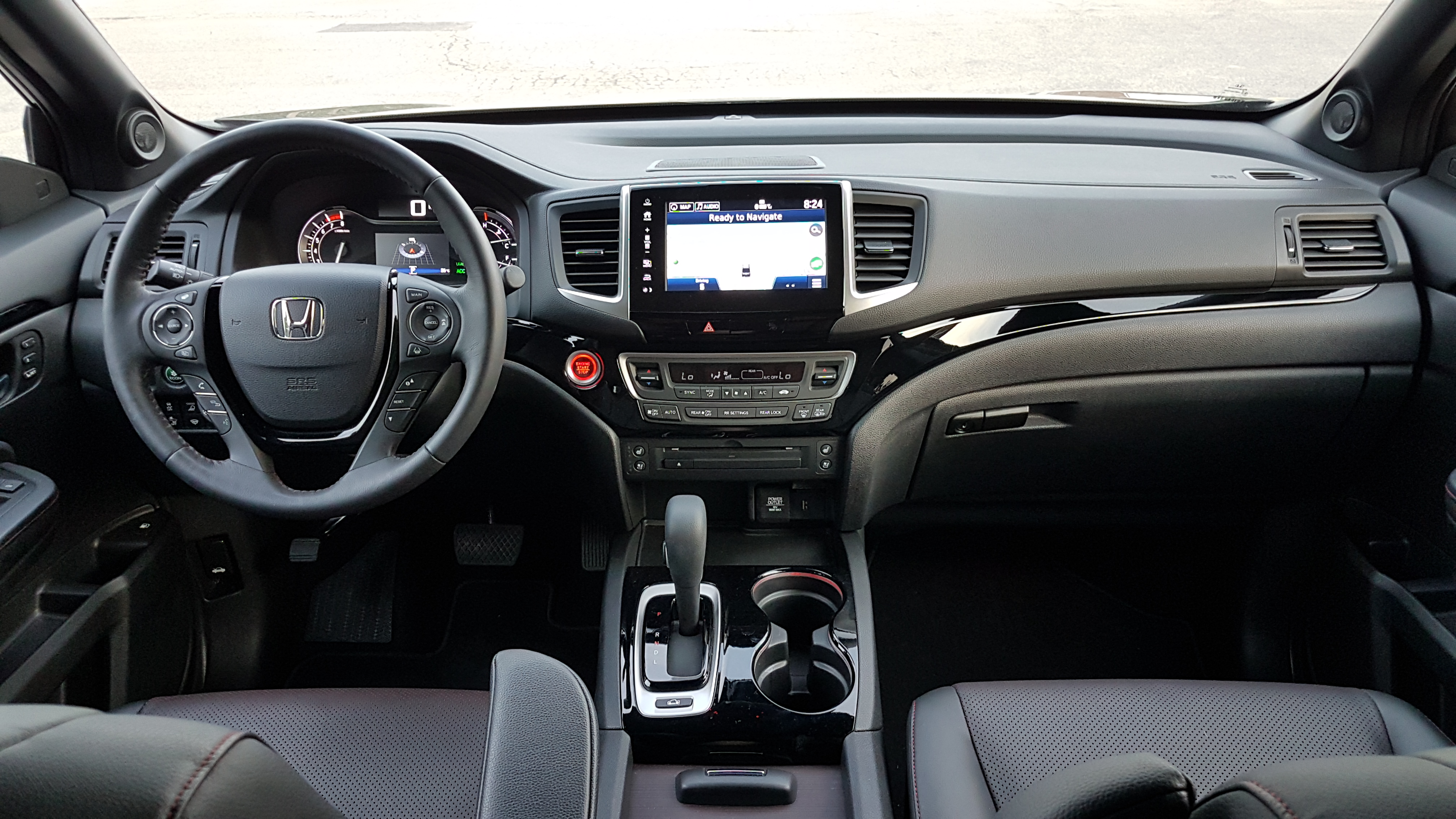 The Ridgeline Black Edition is the quietest, best handling, most comfortable truck I’ve ever driven.

It doesn’t shimmy or shudder over rough pavement, it doesn’t feel floaty or unstable at speed and its cabin is remarkably free of road and wind noise. Half the time it didn’t feel like I was driving a truck at all, and I mean that in the best way.

Trucks have come a long way in recent decades in the ride and handling department, but the Ridgeline is in a league of its own in those categories.

Acceleration and overall performance didn’t exactly send my heart racing, but the 3.5-litre V6 offers plenty of thrust, is torquey enough for everyday driving and didn’t make an undue amount of racket whilst going about its business.

Some have derisively said the Ridgeline is little more than an Odyssey or Pilot with a truck body, and while the Ridgeline is closely related in many ways as I’ve outlined, why is that a bad thing?

The chassis enhancements Honda has made to stiffen the Ridgeline’s structure, 55 percent of which is now made from ultra-high strength and high-strength steel, combined with new features such as amplitude reactive dampers have both improved the truck’s ride and sharpened its handling capabilities.

Taken together with acoustic improvements Honda has made, such as triple-sealed doors, an acoustic windshield and thicker side window glass, the Ridgeline offers a compelling package for those seeking more utility yet don’t want to sacrifice ride and handling they have grown accustomed to in other vehicles.

Sure, the Ridgeline doesn’t come cheap, especially in Black Edition form, but Honda has jammed it full of thoughtful utility and content, wrapped it in attractive styling and blessed it with plenty of smart engineering.

It’s not for every truck buyer, but for those wanting more than a typical truck experience and are willing to pay for more for the privilege, the Honda Ridgeline Black Edition awaits. 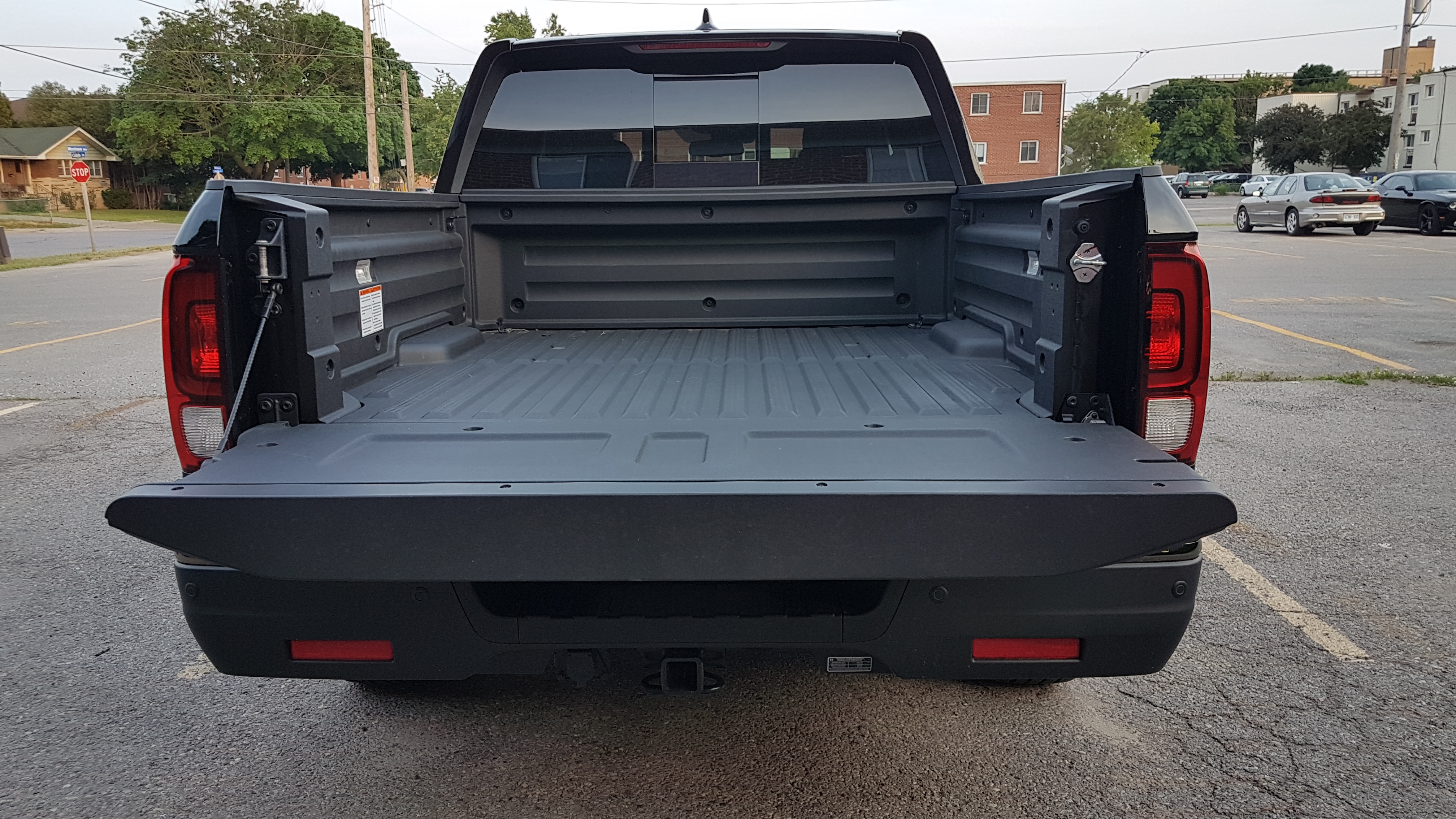 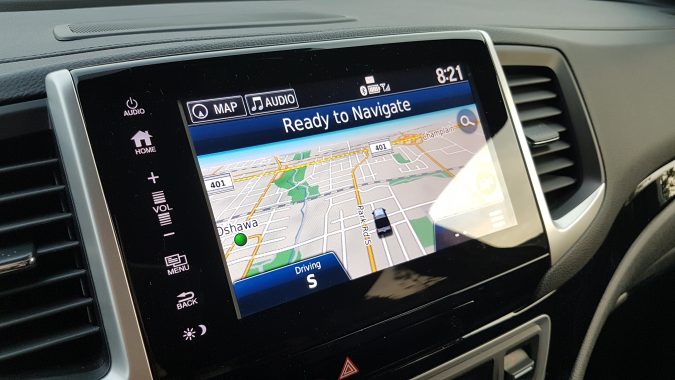 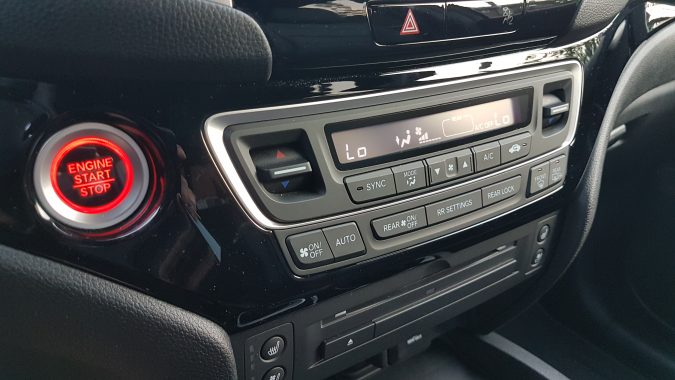 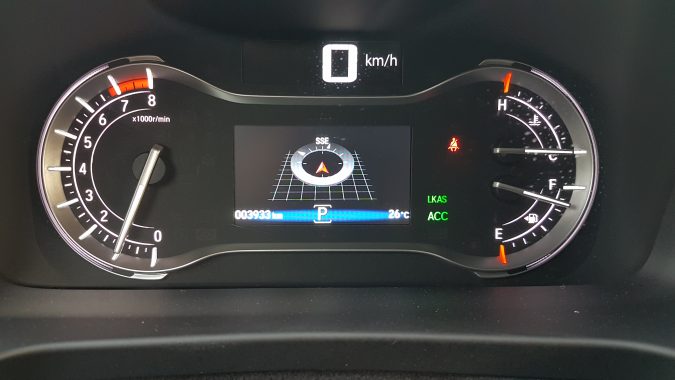 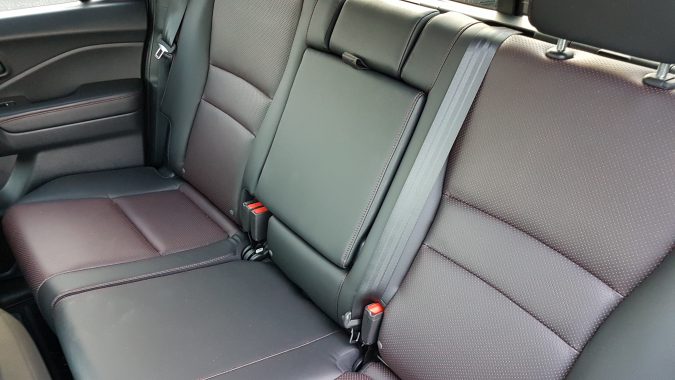 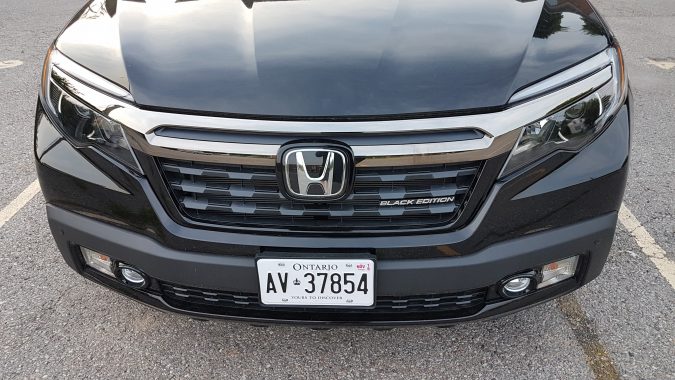 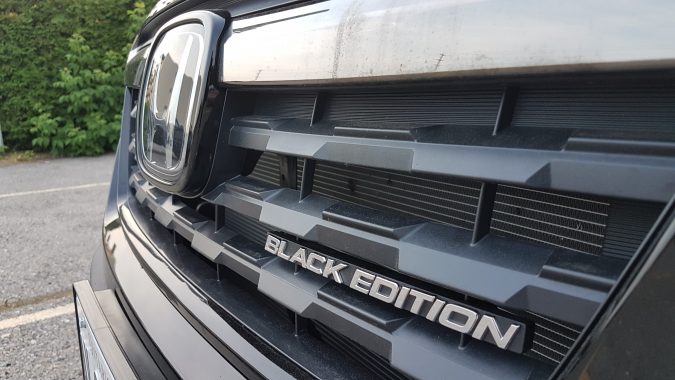 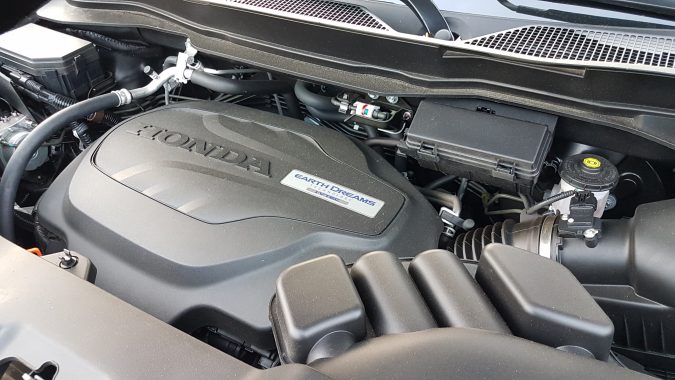 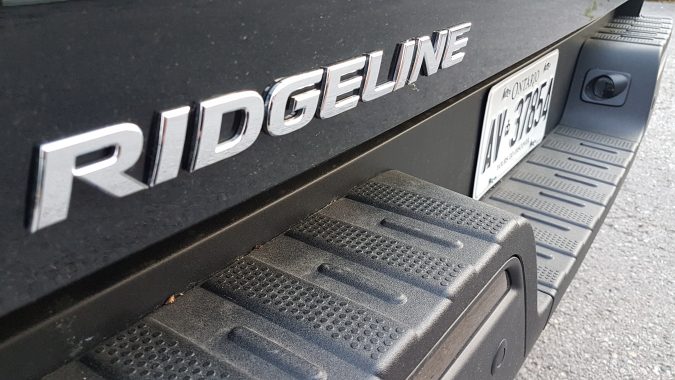 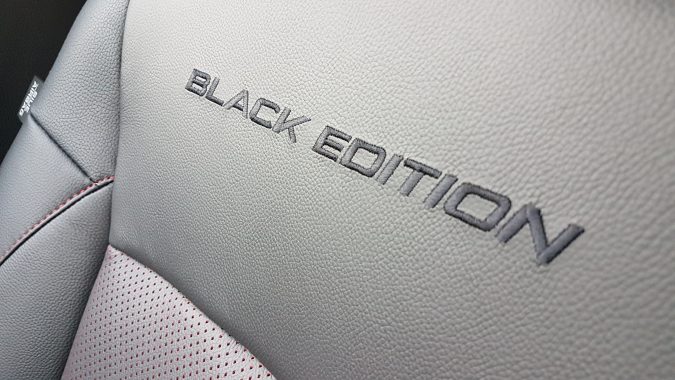