A coupe with the soul of a sportscar

While we seem to be overwhelmed by electric and pilotless cars, thank God there are some – like the 2018 Honda Civic Si Coupe – where the joy of motoring is still celebrated.

There’s nothing like a willing small displacement engine, a tight chassis and quick-throw manual gearbox that responds to your inputs to instill what I call the joy of motoring.

This truly makes you feel that you are in control, rather than just aiming a slush-box vehicle down the street.

Civic has now been Canada’s top selling car for two decades and counting, with the production plant in Alliston, ON, putting out some of the finest made cars in the world, not just here in Canada.

The Civic Coupe lineup consists of four models, the first of which is the LX powered by a naturally aspirated 2.0-litre inline four-cylinder engine putting out 158 hp and 138 lb/ft of torque.

The middle two (EX-T and Touring) come with a 1.5-litre turbo direct injection inline four-cylinder. Even though it is three-quarters the displacement of the 2.0-litre, it produces 174 hp and 162 lb/ft of torque.

Honda knows a thing or two about turbocharging from its many Formula 1 and IndyCar wins and they applied that knowledge to the Si, increasing output to 205 hp and 192 lb/ft of torque.

The Si is front-drive with a six-speed manual transmission only. In addition, it has a standard limited slip differential that really helps put the power down. 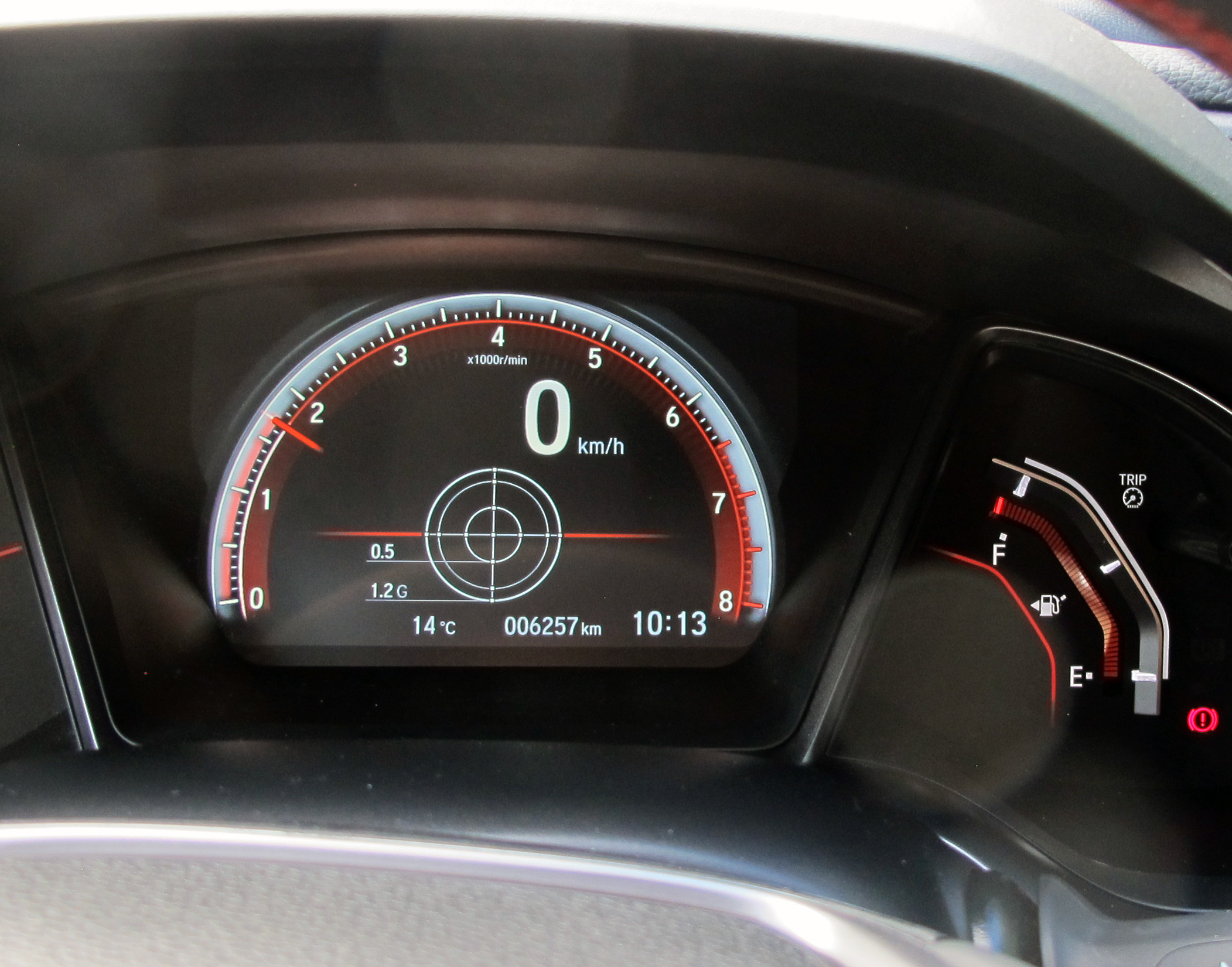 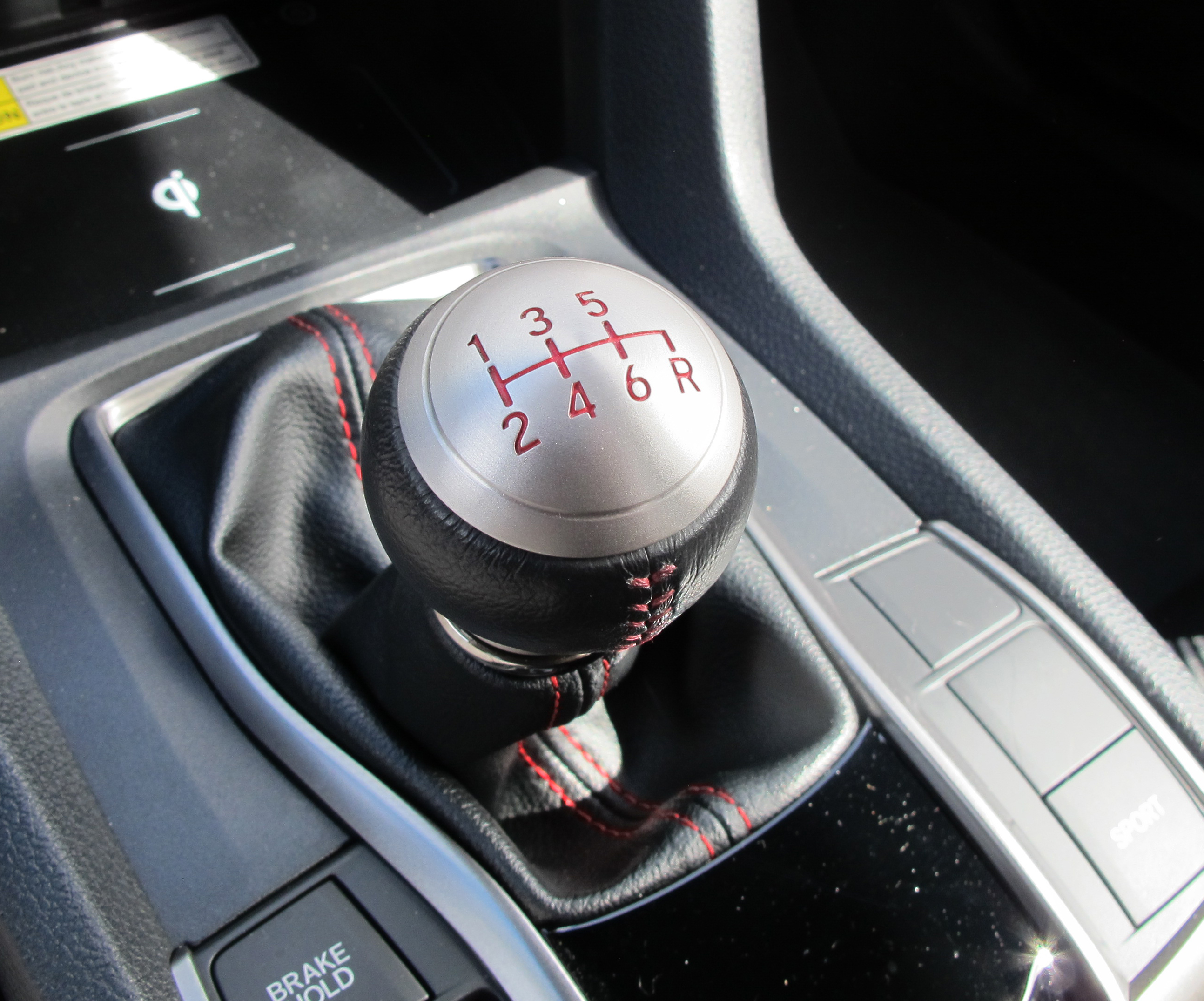 The Si is fitted exclusively with 18-inch high-style alloy wheels.

Instrument placing has always been a Honda strong point and the Si seats the driver directly in front of the main gauge cluster with secondary stalks and controls within easy reach.

Unlike the Si sedan I drove in 2017 with a very stiff gearbox, the 2018 version tested here was light but precise, with spring-loading that helped put the lever in the slot I wanted before I starting thinking about it.

The trunk offers 289 litres of cargo space, which can be expanded by lowering the rear 60:40 split/fold seats.

The Si navigation system had something I’ve noticed before on Hondas and that is the name of the next cross street displayed in large type across the top of the seven-inch centre stack touchscreen.

If you’ve ever been some place for the first time, trying to find a street and the map on the Navi is too small or down low, you’ll appreciate seeing the street names at a glance. It’s a great idea.

Another great idea is the LaneWatch system that has a rear-facing camera on the underside of the passenger mirror. Flick on the signal stalk for a left-turn and there is a full monitor view of what’s behind you. The best part is you can use it to change lanes and see if there is room. 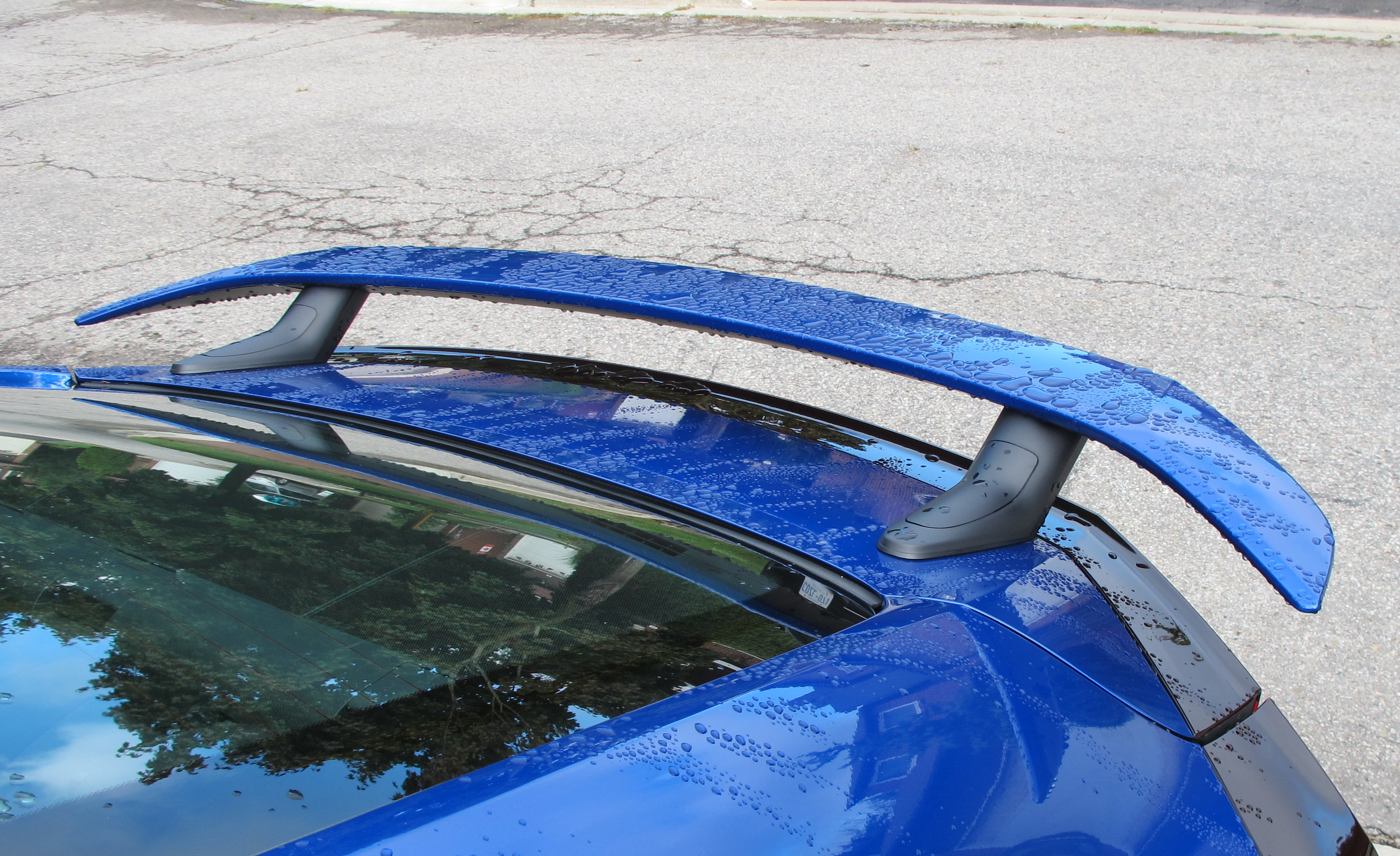 There is a button on the centre console marked “Sport,” which alters the suspension dampers as well as steering and throttle response, giving the Si a more direct, tighter feel.

The driver information display can be configured for a number of things, one of which is a real G-metre where you can track your progress at sporting speeds.

The Si has got lots of punch and it loves being pushed through winding roads where all the driving aids come into play, allowing the driver to throw it around a bit and not worry about it stepping out.

While it is a front-driver and should be prone to understeer, the limited slip diff puts torque down solidly going into and out of a bend.

Twisting up and through the hills leading up to Collingwood, the Si was stable and predictable and the sightlines were good.

The suspension is MacPherson struts up front, but at the rear is a fully independent multi-link setup that goes a long way to keeping the back of the front-engine, front-drive coupe in check on the twisty bits of roadway.

When it came to passing, I dropped a cog and hit the gas and acceleration was strong, with the turbo spooling up smartly to provide all the power I needed.

It was lots of fun and after more than 400 km, I arrived home with a smile on my face.

And if it’s pure power you’re after, there’s always the Type R, which is officially the fasted production front-driver you can buy.

There is a Honda Civic for everyone, which is why it sells so well.

But the Si gives sportscar response and handling at more than a reasonable amount of money. 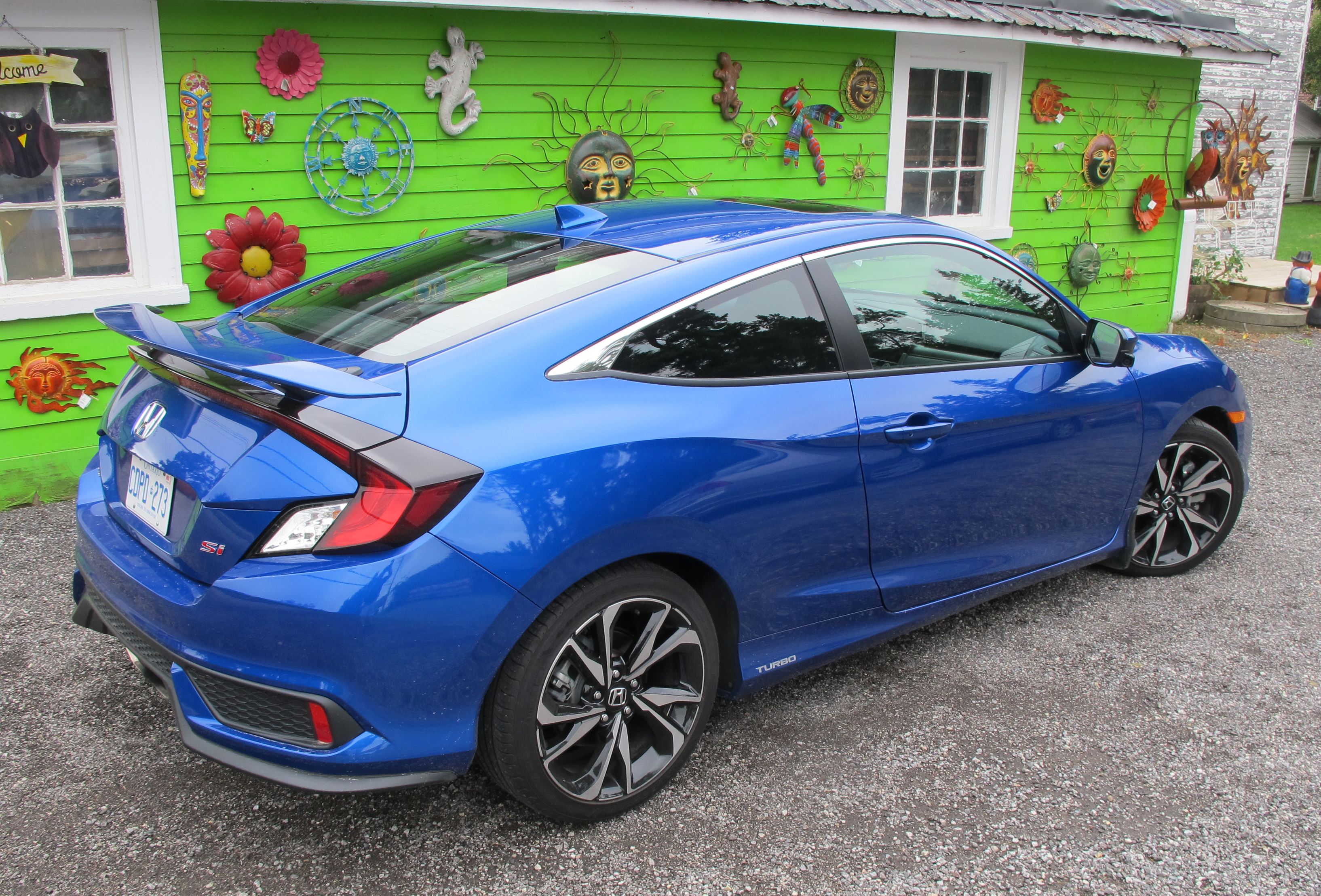 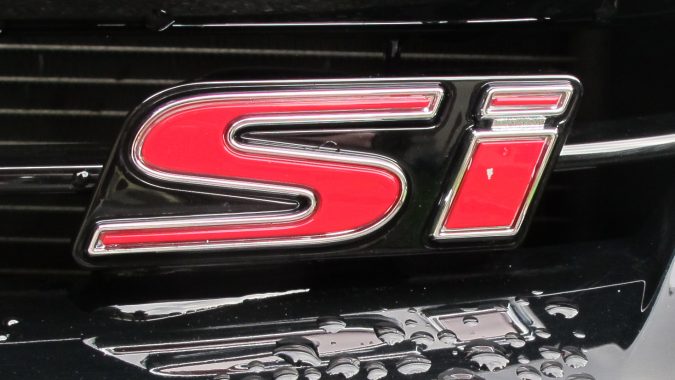 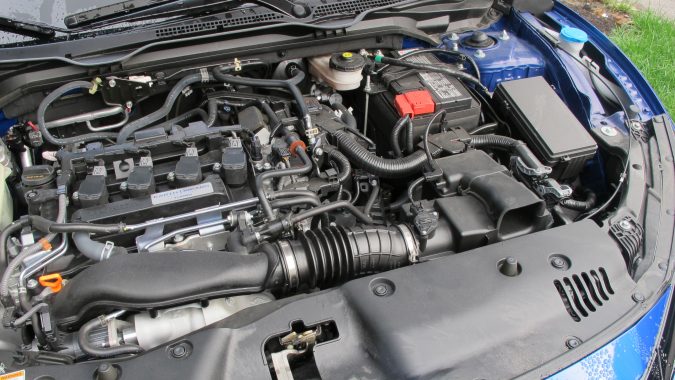 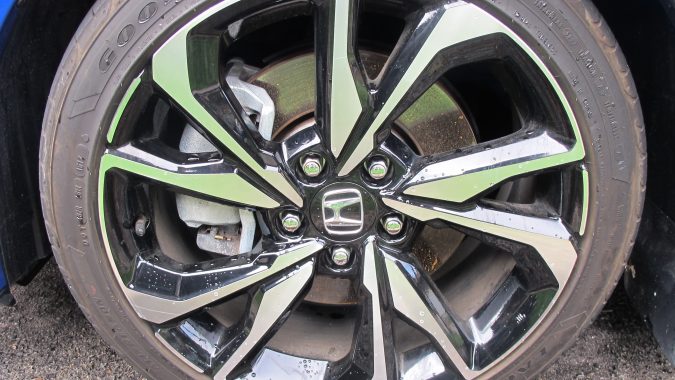