Ford may not have invented the SUV/CUV, but it was one of the first to see the potential and run with it.

A lot of people have different ideas about the difference between a SUV (Sport Utility vehicle) and a CUV (Crossover Utility Vehicle).

For me, a SUV is a truck body-on-frame, while a CUV or crossover is a unibody frame derived from an automobile.

So if you accept that, then the Chevrolet Suburban was the first SUV starting production in 1935 with the nameplate still going strong.

As for CUVs, who was first is murky. But my pick would be the 1980 American Motors Eagle — many of which were built in Brampton, before it was swallowed up by Chrysler.

The Ford Explorer began life in 1990 as a SUV built on the Ranger small pickup. Today, it would be just large enough to be considered a compact. 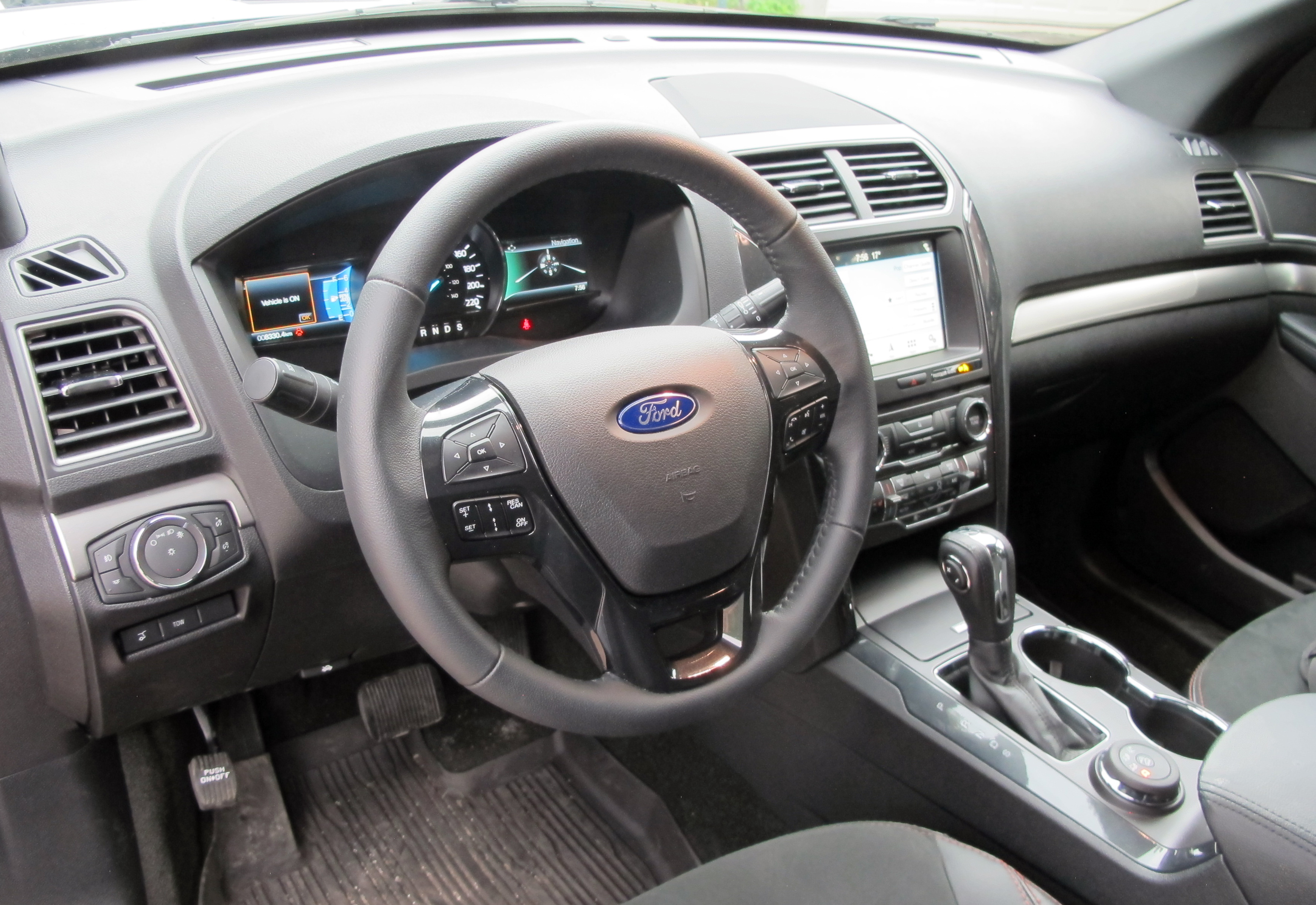 Over the years, Explorer has morphed into the present day, fifth-generation that is now classified as a full-size, being based on the architecture of the Ford’s large sedans.

Currently, Ford has just about the widest selection of utility trucks on the market with no less then seven – EcoSport, Escape, Edge, Explorer, Flex, Expedition and Expedition MAX.

Arguably leading the list is the Explorer, which remains one of the best selling SUVs (Ford prefers to call it a SUV) for the past 25 years.

And just to make sure all its bases are covered, there are five trim levels (Explorer, XLT, Limited, Sport and Platinum) with a wide ‑ and I mean wide ‑ list of standard features and optional extras.

Tested here is the 2018 XLT, which can be considered the “volume” seller, starting with the “base” 3.5-litre normally aspirated V6 with 290 hp and 255 lb/ft of torque through a six-speed SelectShift automatic transmission.

The XLT comes standard with front-wheel-drive, while this week’s tester was fitted with the available Ford Intelligent Four-Wheel-drive, which includes the Terrain Management system offering Normal, Snow, Sand and Mud/Rut modes. It can handle most surfaces, but going seriously off-road is not advisable, as there is no low-range gearing. 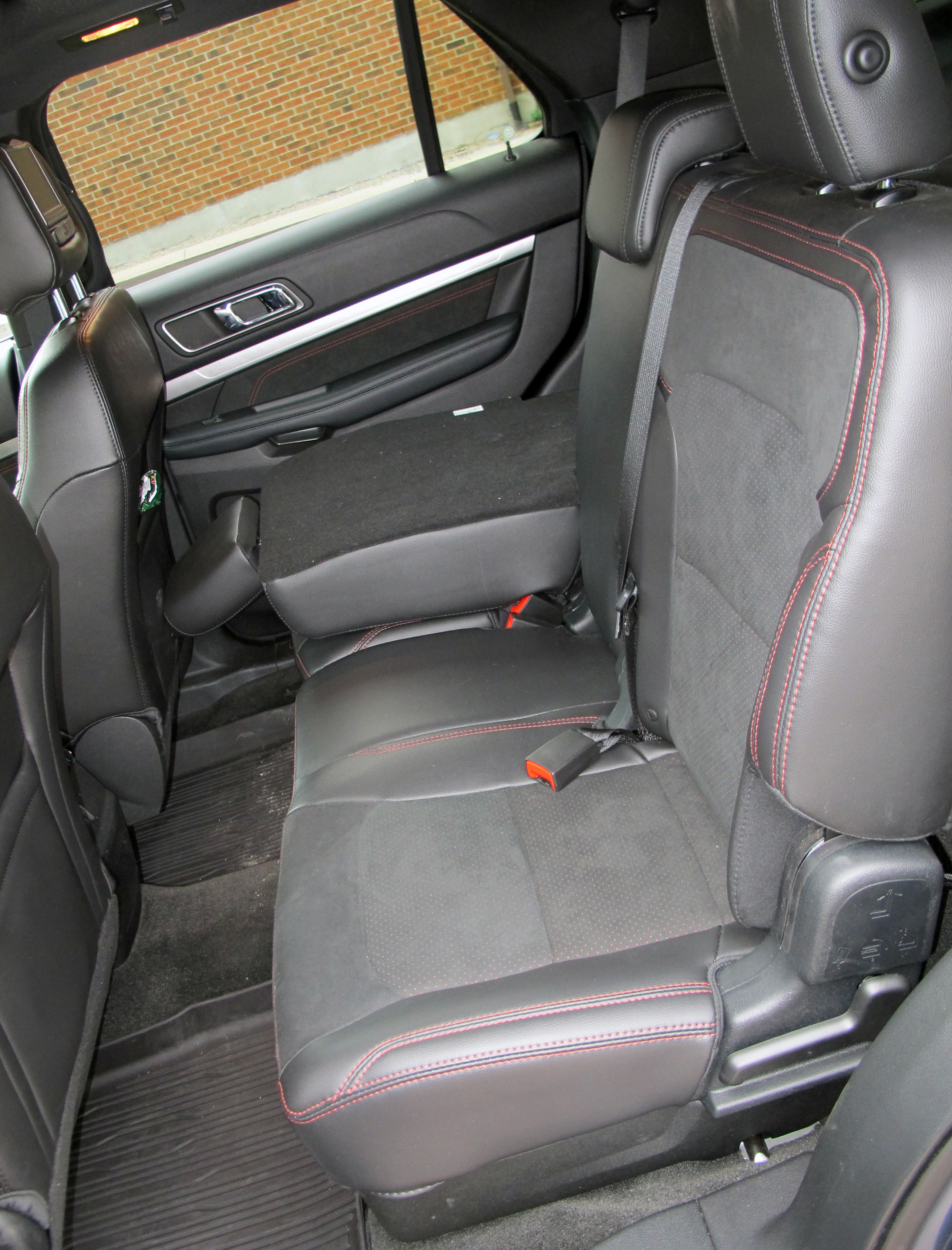 With the optional ($1,500) XLT Appearance Package that includes 20-inch dark alloy wheels and finished in a deep blue metallic paint, the XLT looked very imposing to the point others on the highway slowed right down when they saw me coming, thinking it was one of the stealth police pursuit trucks so prevalent in these parts.

It’s a big step up into the driver’s seat, where you are greeted with a simple main gauge cluster and centre stack —but it is anything but simple.

Ford is changing from being a carmaker into a total mobility company, with vehicles and technology at its core.

An example is SYNC 3 that controls features such as entertainment, phone calls and navigation by voice or touch.

For instance, the voice-activated navigation gives turn-by-turn directions as well as pinch to zoom 3D colour maps. Or you can use SYNC Applink with your voice to access favourite apps such as Spotify. And SYNC Connect makes the Explorer a mobile 4G LTE Wi-Fi hot spot that can locate your vehicle, check fuel level and mileage, start/stop/lock/unlock and support up to 10 mobile devices.

Of course people buy big SUV/CUVs for stowing and towing with the XLT when fitted with the available ($500) Class III towing package able to haul up to 2,268 kg. Trailer sway control is standard.

I took the Explorer up into cottage country for the day on a mix of highways and found the 3.5-litre V6 adequate for most circumstances. But when coming up to speed from the off-ramp, it required picking your spot carefully when you are merging.

That aside, from the cabin it did not feel as big as it was. Handling was more precise than I expected due, in large part, to the standard AdvanceTrac electronic stability system with Curve and Roll Stability Control.

When parking on a sandy beach for some “beauty” photos, having the Sand drive mode came in handy, as the wheels were at the edge of getting bogged down.

Adaptive cruise control and forward collision warning is part of an available package that was fitted to the tester.

Fuel consumption is rated at 13.9/9.8/12.1L/100 km city/highway/combined on regular and I averaged 10.1L/100 km at mostly highway speed, which I thought was pretty good although it would be higher with a full load of people.

The thing about the XLT Explorer is it does what most people want in a full-size utility vehicle and with the latest in connectivity, which is what more buyers are demanding.

And that’s probably why the Explorer has remained so popular for more than 25 years. 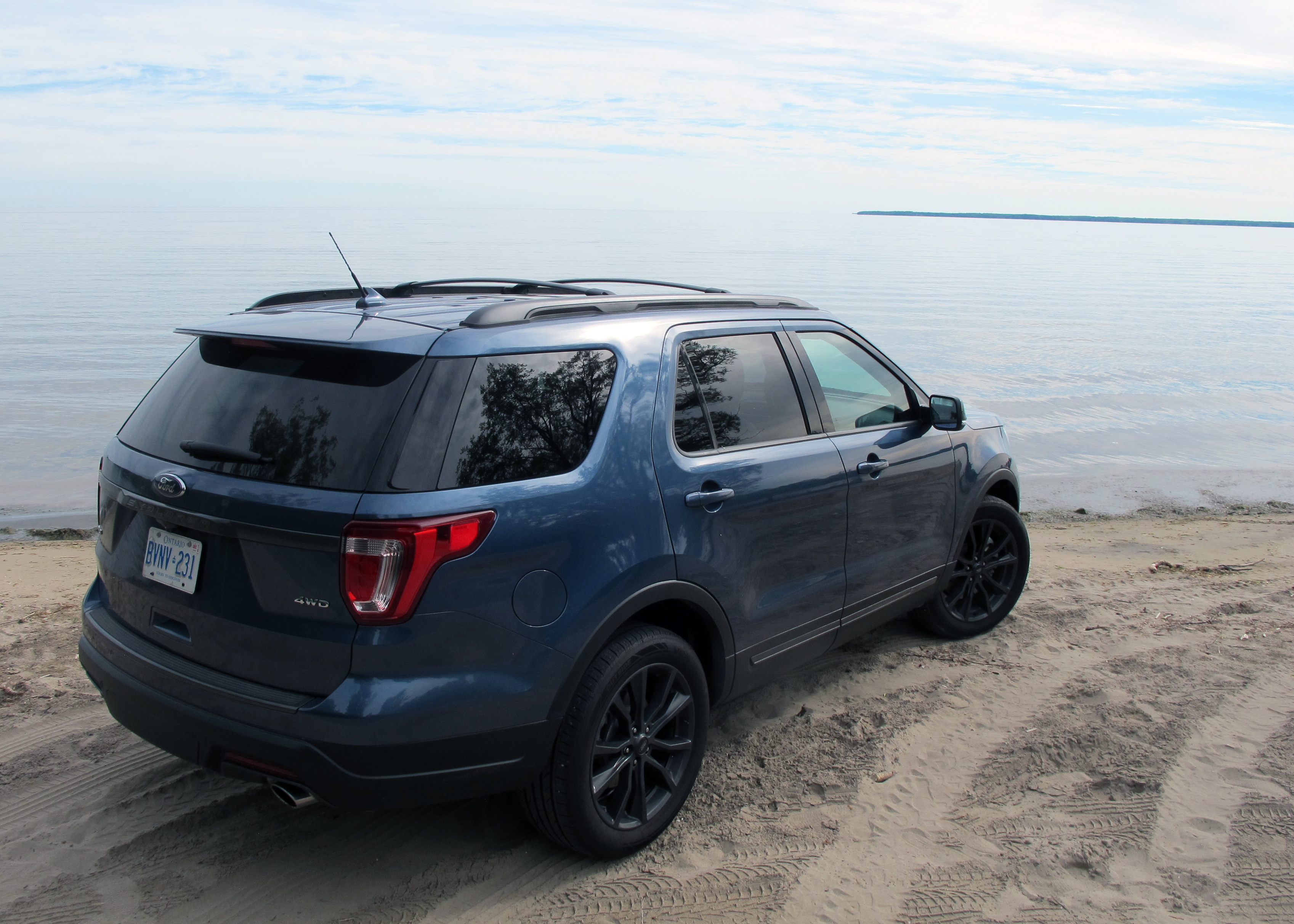 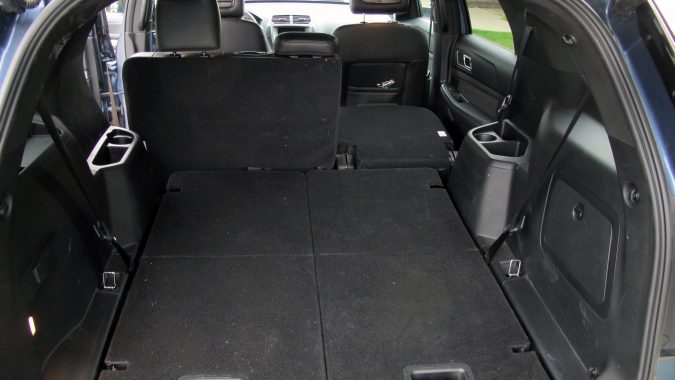 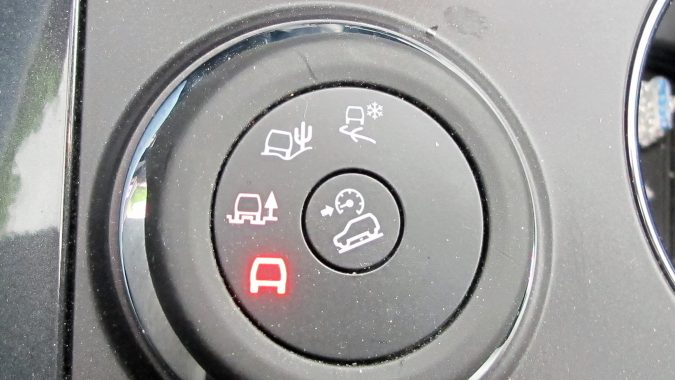 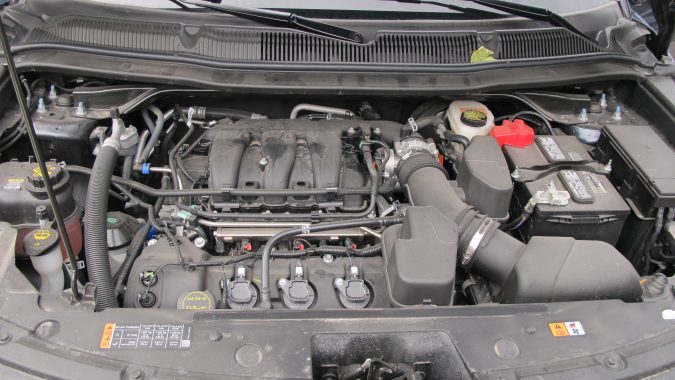 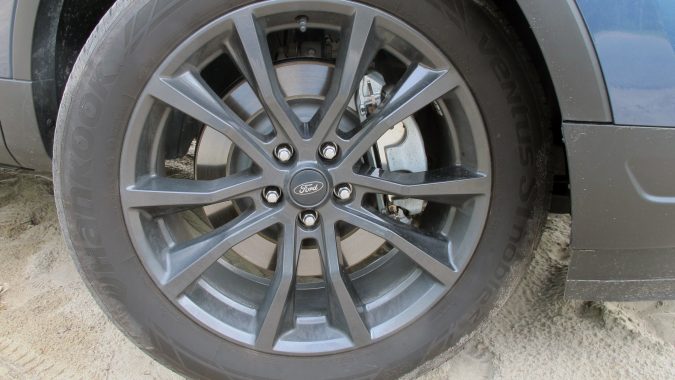