The 2018 Chevrolet Trax LT AWD has an aggressive stance with the Redline Edition trim package.

If you want more proof that good things come in small packages take a look at the 2018 Chevrolet Trax.

This small utility vehicle is a comfortable small crossover that will get you from A to B with little fuss and decent fuel economy.

My tester for the week was the Trax LT AWD with the Redline Edition package which adds 18-inch black finish aluminum wheels with a red accent stripe, a black grille, black Trax badge and black mirror caps.

The Redline Edition pumps up the look of the Trax giving it an aggressive stance.

I had just finished driving a Toyota RAV4 the week before and the Redline Edition of the Trax reminded of the RAV4 look on the outside.

You can buy a Trax with either front-wheel or all-wheel-drive and as I have suggested numerous times, the all-wheel-drive makes a lot of sense with our climate in Canada.

The all-wheel-drive system automatically engages when the roads become slippery or when the vehicle accelerates from a stop.

Other reviewers have complained about the Trax being too sluggish especially with additional passengers and the heavier all-wheel drive system in the vehicle but that wasn’t my experience.

The Trax is powered by a 1.4-litre DOHC turbocharged engine producing 138 hp and 148 lb/ft of torque mated to a six-speed automatic transmission. 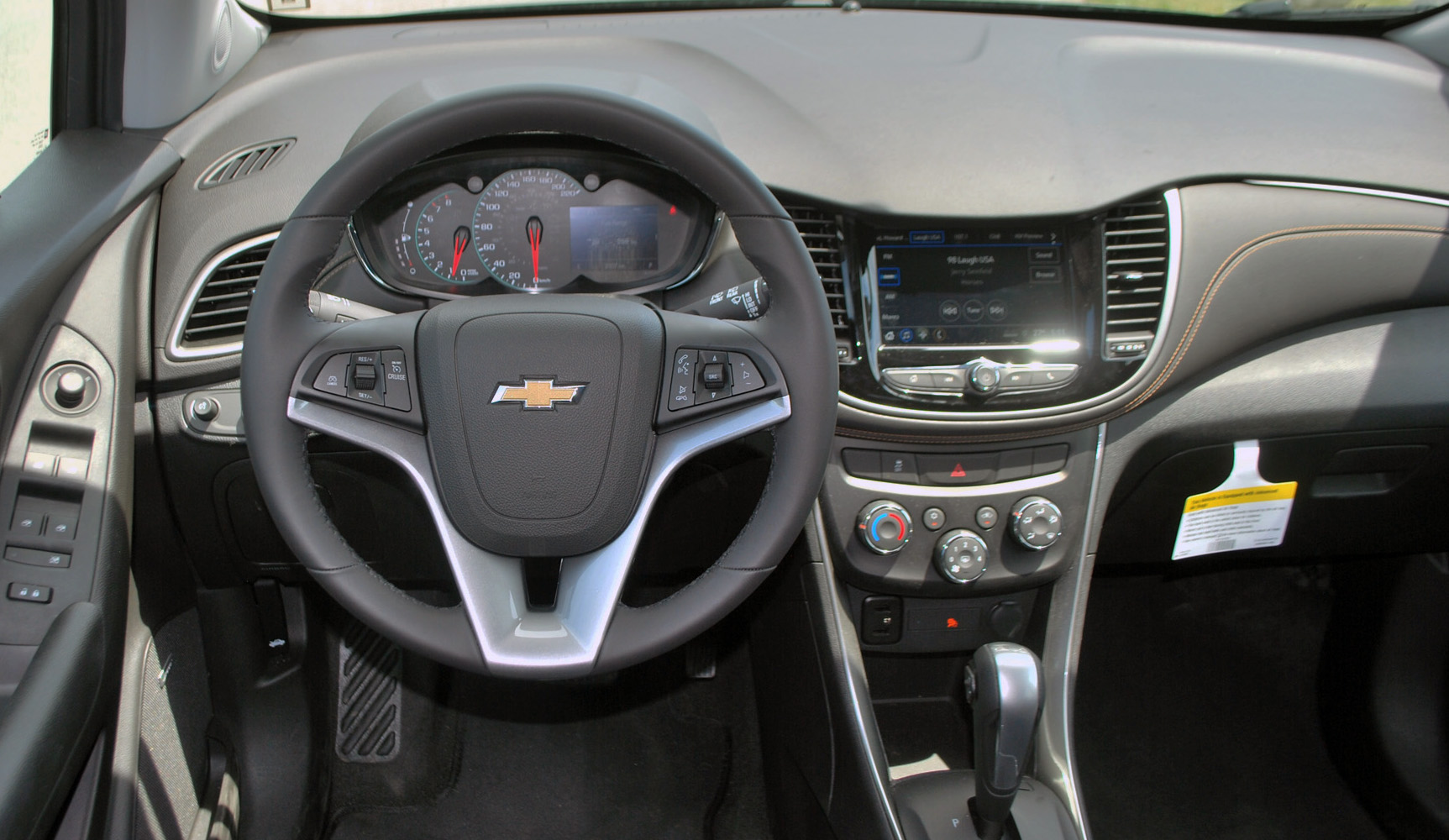 The turbo is quiet and gives the engine just enough oomph to keep the Trax moving comfortably with highway traffic. Day to day driving around town is a breeze in the Trax and you have a few advantages when other drivers park too close to the lines in a parking lot.

While a small SUV, the Trax does have ample room for lots of cargo. Three sets of golf clubs easily fit in the rear.

The Trax interior is roomy but I wouldn’t recommend three adults sitting in the back seat.

There are nicer and more stylistic interiors on the market, the Mazda CX-3 comes to mind, but GM has done a good job making sure everything you will need is within easy reach.

Three large buttons in the centre console let you control the heat and air offering a nice change from the plethora of interiors which have you looking for small buttons to handle that task.

The infotainment system features a seven-inch display with Apple and Android connectivity and available WiFi hotspot, and is one of the best features of any vehicles according to my kids.

Pairing my phone to the system was a snap.

At a standard price of $27,000 the all-wheel drive Trax offers good value to anyone looking to get into the small SUV market. 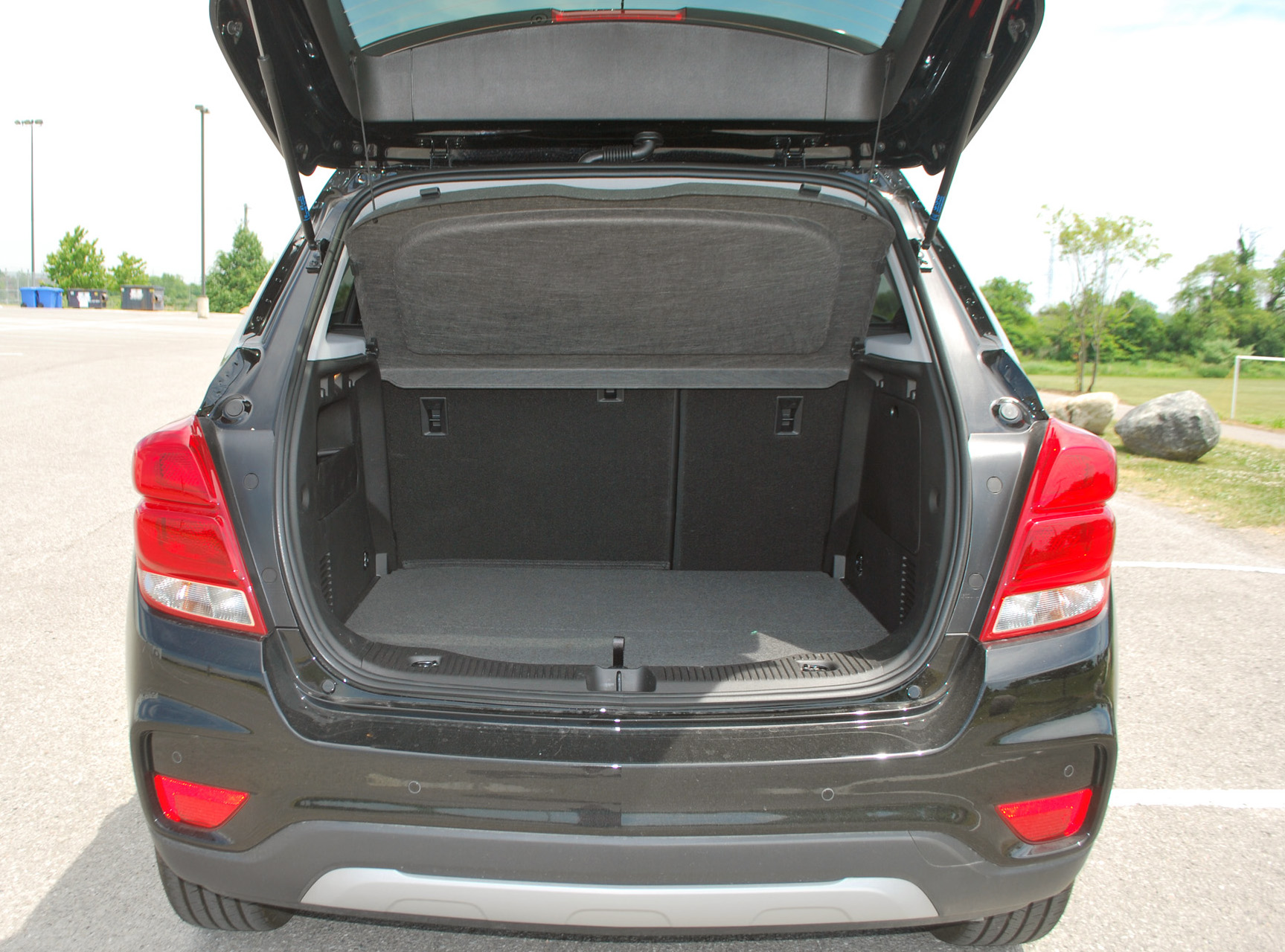 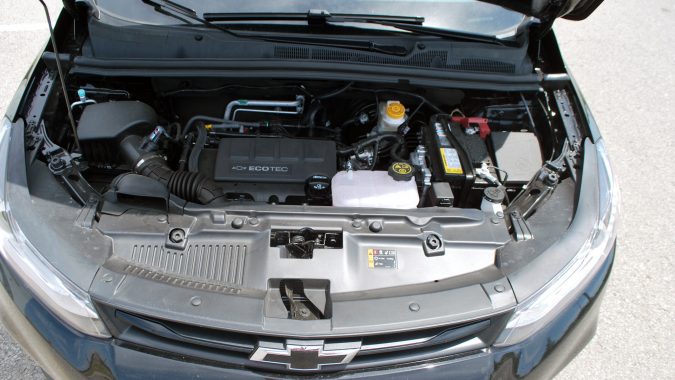 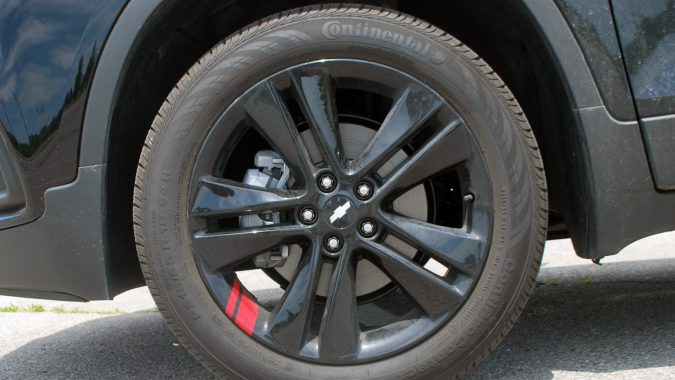