A Corvette 65 Years in the making

LAS VEGAS, NV: It was exactly 65 years ago this June that the first Corvettes rolled of the production line in Flint, Michigan.

Back then all 300 manufactured, were only available in Polo White with a red interior, all were convertibles and had a solid rear axle.

To celebrate the 65th anniversary of the iconic American muscle car, Chevrolet have introduced a very limited edition of the Corvette Grand Sport – The Carbon 65.

The Carbon 65 will have a run of only 650 models worldwide – with less than 50 coming to Canada.

It will be available as a coupe and convertible on the Grand Sport 3LT and Z06 3LZ models.

The Carbon 65 has a plethora of external enhancements that make it worthy of representing 65 years of the Vette. 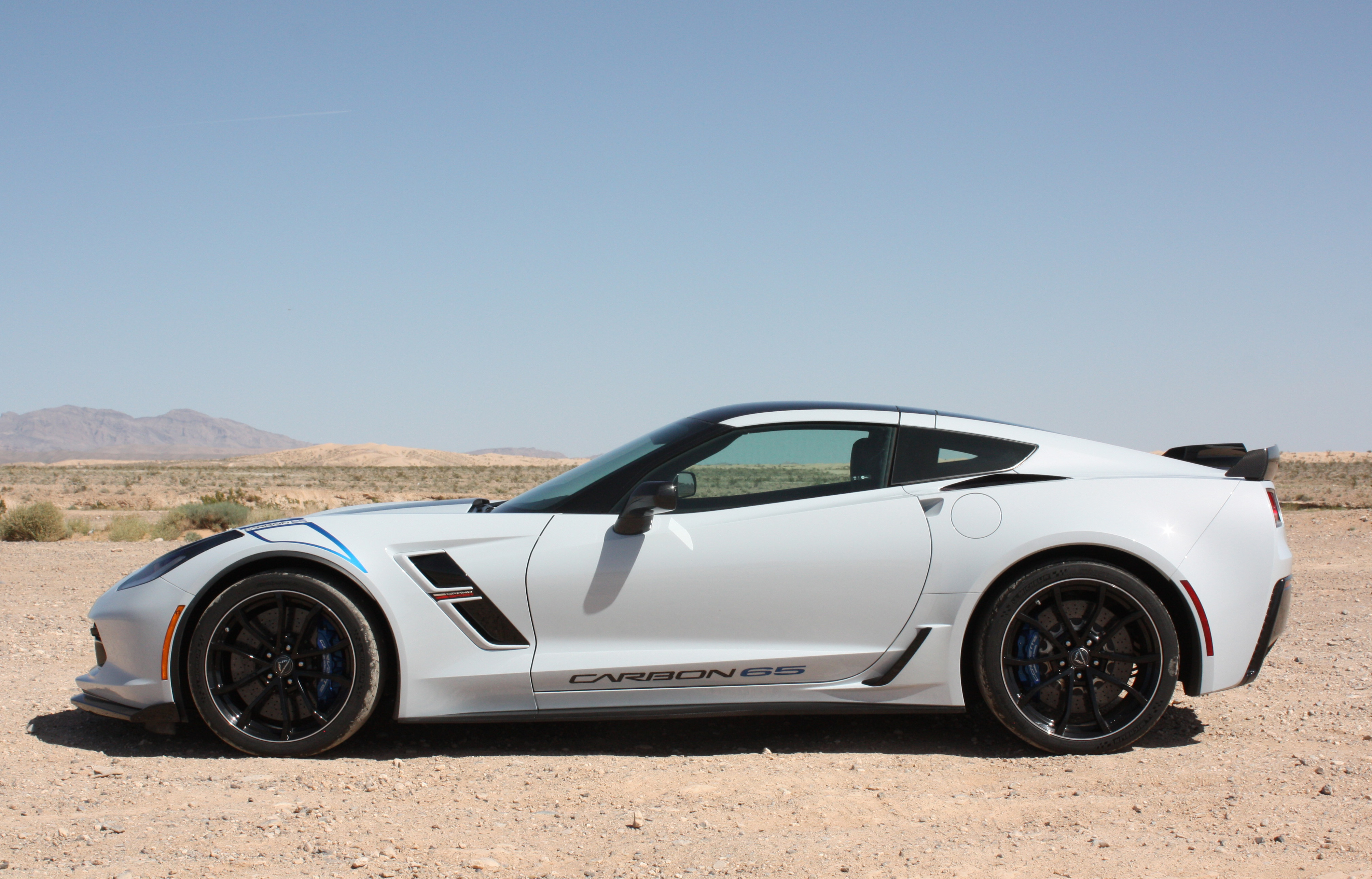 Although the Carbon 65 package does come at a considerable cost ($17,595) the additions certainly set this Vette apart from the rest of its family.

The iridescent Ceramic Matrix Grey Metallic paint job ($995) makes the Carbon 65 appear to change colours from a brilliant white to a light blue depending on how the light hits it.

The looks of the Carbon 65 are striking – deserving of a speeding ticket even when standing still.

The seventh generation Corvette is certainly the best looking model since the Corvette’s inception but the Carbon 65 package certainly solidifies the Corvette’s position in the exotic car category. 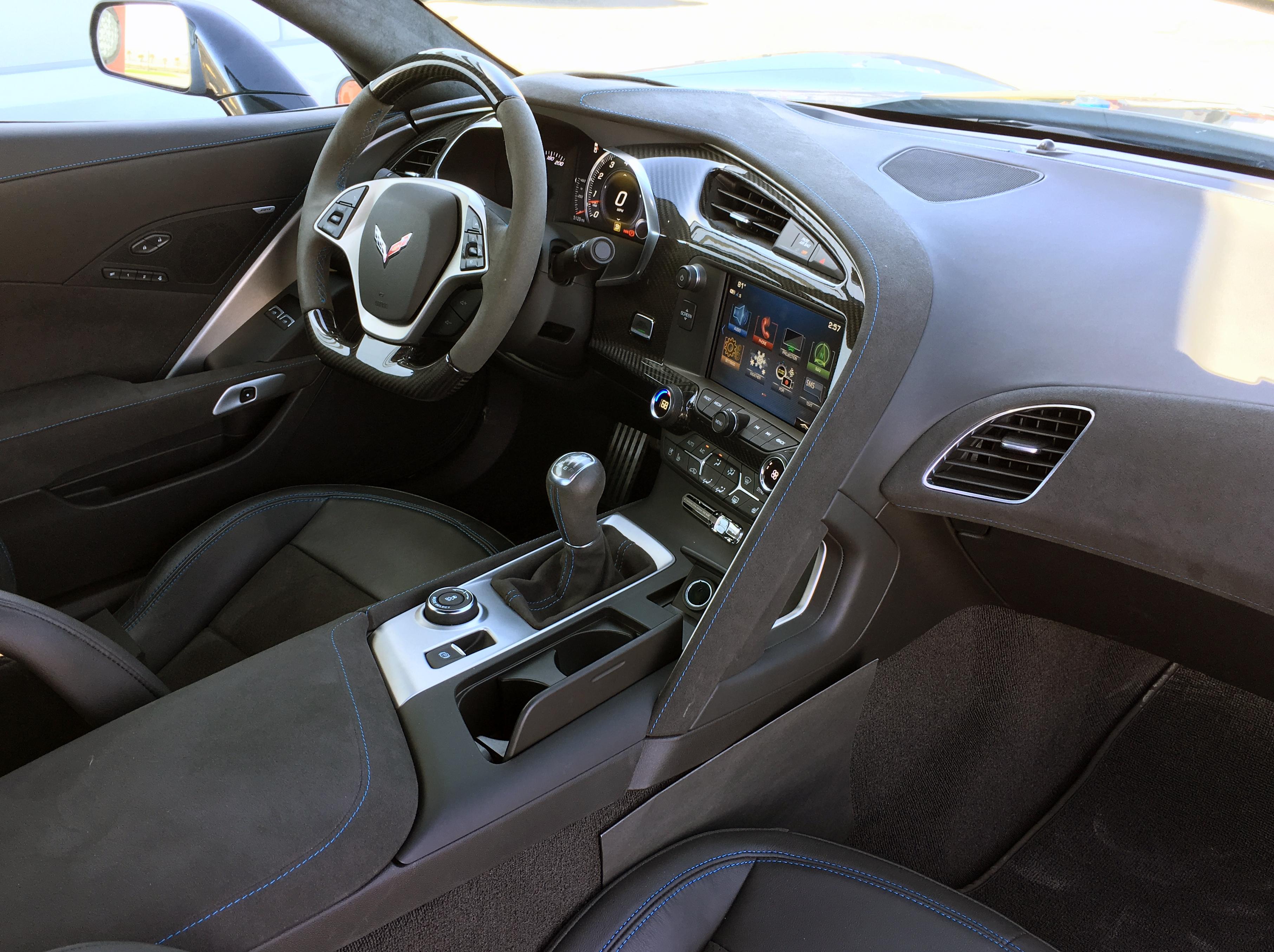 Topping it off is the carbon-fibre and suede microfibre-wrapped steering wheel. All Carbon 65’s come with a lower dash mounted, limited edition numbered plaque.

Under the hood is a powerhouse 6.2-litre V8 dry-sump engine that produces a formidable 460 hp and 465 lb/ft of torque and is matched to a smooth seven-speed manual gearbox. The addition of multi mode, performance exhaust pipes manage to add another five horses to the engine hence it being 460 hp and all the power going down to the rear wheels.

Getting in and out of this tester was a challenge, being rather portly I had to manoeuvre my body into positions that it hadn’t been in since high school gymnastics. But once seated in the sports bucket seats, it was comfortable but managed to hold me rigidly in place.

Starting the Corvette up was like music to my ears, the exhaust note is spectacular, and it is adjustable depending on the drive mode selected.

The Drive Mode Selector allows the driver to set up the car for specific driving preferences, the five modes electronically calibrate up to 12 variables that optimise steering, throttle control and the magnetic ride dampening suspension. The eco mode also has the ability to shut off four pistons changing it into a four-cylinder cruiser.

Although Tour Mode is the default setting for everyday driving, it certainly doesn’t take the edge off driving the Carbon 65.

The suspension is still tight with very little give, the exhaust note is at its quietest, but don’t be fooled it still gurgles enough to make sure you still know what you are driving.

2019 Corvette ZR1: Most Powerful and Fastest Corvette Ever

Going into Sport and Track Mode take the Carbon 65 to another level of handling and noise. Acceleration is blinding both at the bottom and mid-range it will get up to 100 km/h in less than four seconds.

The manual gearbox is smooth and quick with very little movement needed between the gates with the clutch being surprisingly light.

The Carbon 65 comes with rev matching capability that is turned on and off by means of paddles mounted on the steering wheel. The same ones used for gear selection on the automatic versions.

This Carbon 65 stuck to the road like glue, pushing it into corners felt like it was on rails, the huge Brembo six-cylinder front and four-cylinder rear calipers took the strain off slowing down and stopping at high speeds.

I have to admit that I haven’t been a fan of some of the last seven generations of the Corvette, but this seventh generation Corvette with the Carbon 65 trim certainly takes the Corvette into another dimension.

This Corvette is now a true exotic and a lot of fun to drive, it is gentle enough to drive as an everyday vehicle but when pushed it becomes a real monster and a true supercar.

Unfortunately with only 50 Carbon 65’s coming to Canada, you will have to be as quick off the line as the car to secure what will certainly become a sought after collectors piece. 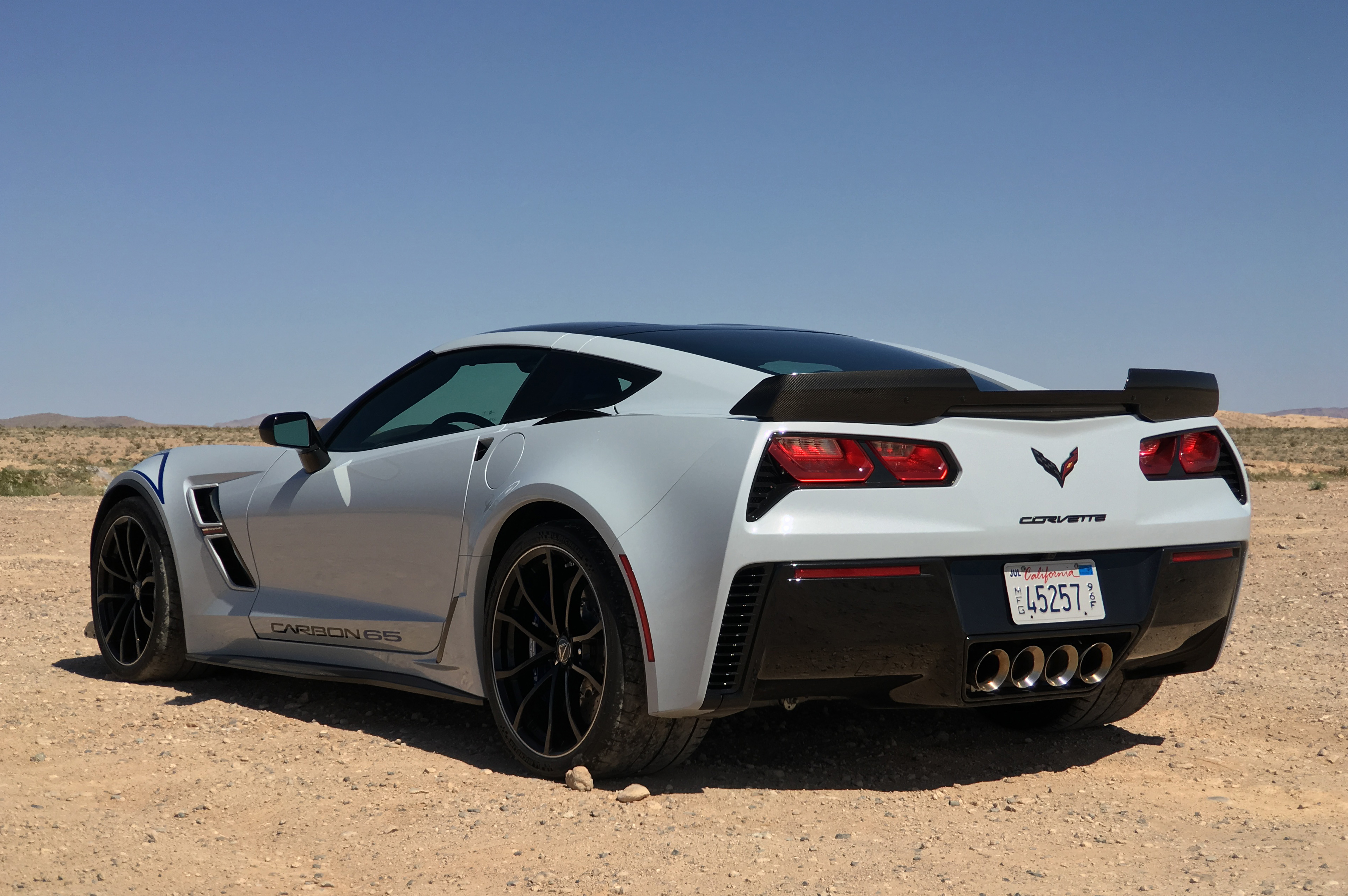 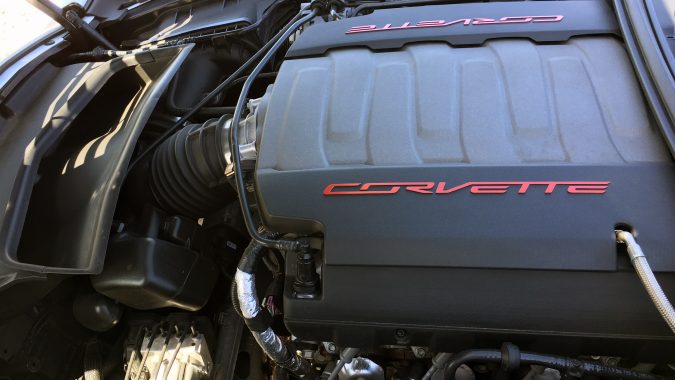 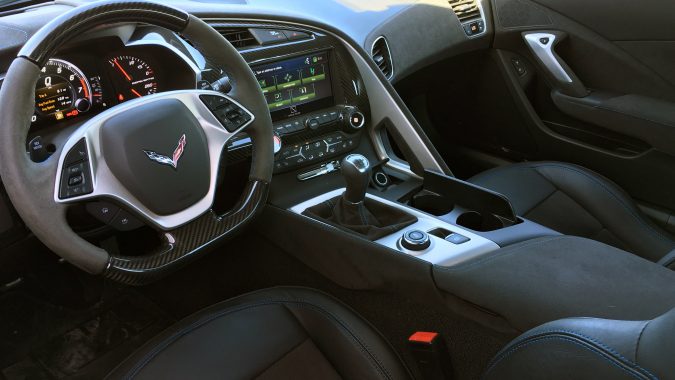 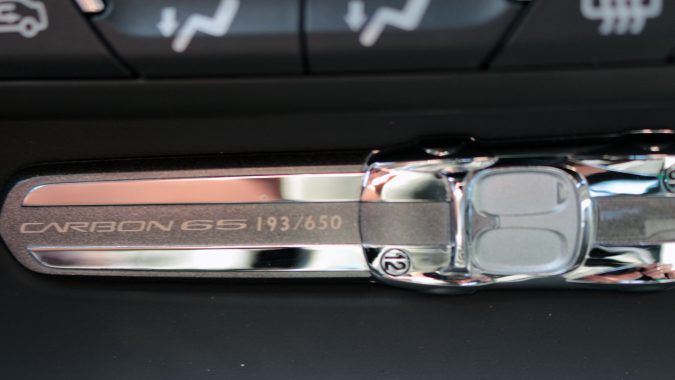 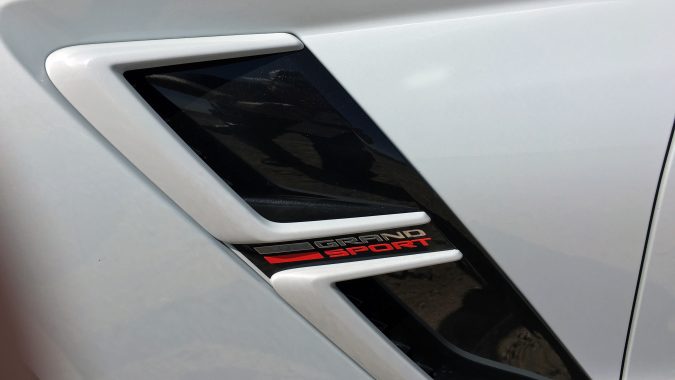 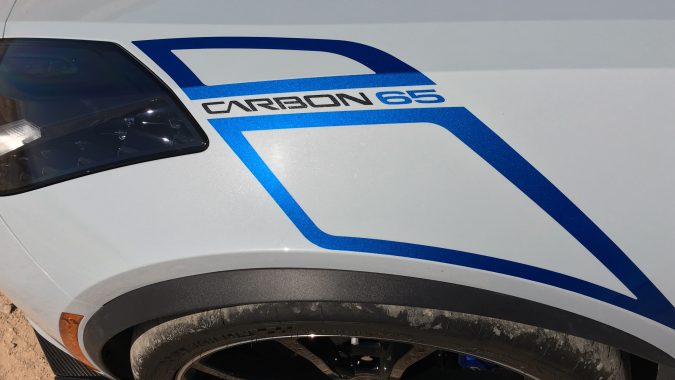 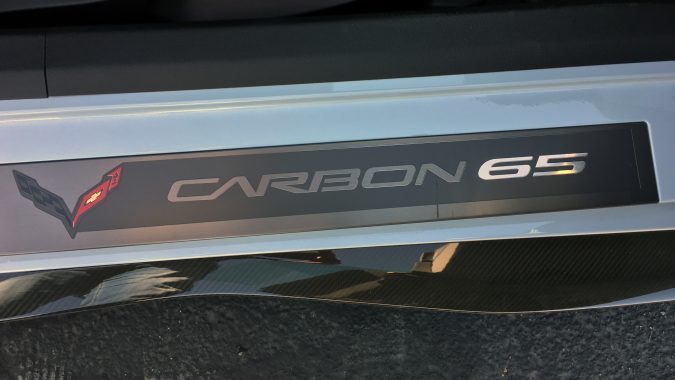 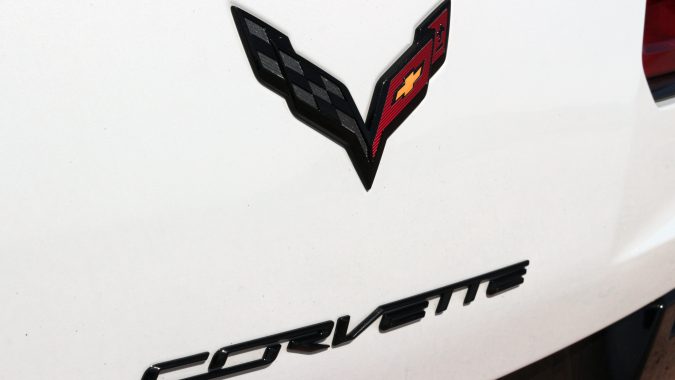 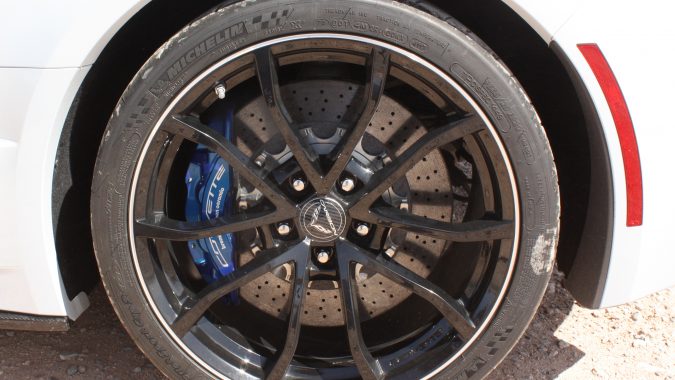