While the North American market is embracing crossovers at a torrid pace, Cadillac continues to hawk its portfolio of cars, ranging in size from the trim ATS to the jumbo XTS.

In between those two sit a pair of sedans with seemingly similar size and purpose, the CTS and the CT6. To the untrained eye, one will likely wonder why Cadillac is seemingly offering two products that compete in the same space, arguably cannibalizing sales. It’s like two fraternal brothers fighting over the same allowance from their parents.

They don’t, though, and here’s why. By using aluminum for the CT6, engineers kept the curb weight below 3,700 pounds. The CTS sedan (which is built from steel) weighs about the same … but the CTS is 8.5 inches shorter and 1.8 inches narrower than its aluminum brother. The CT6 is more expensive, too.

Some overlap, then, but not a huge amount. The CTS was first introduced as a model back in calendar year 2002 as a Detroit thumb in the eye to mid-sized Germans like the Mercedes E-Class and BMW 5-Series. Its ‘Art-and-Science’ styling set the brand’s tone for the next several years. Appearing alongside Neo in The Matrix Reloaded didn’t hurt, either.

Based on GM’s fabulous Alpha platform, the CTS is available as a rear-or all-wheel drive sedan. Our $75,620 tester sent power to all four wheels routed through an eight-speed automatic. Powering all-wheel drive versions of the Caddy is either a 2.0-liter turbocharged inline-four or a 3.6-litre V6 found here. The former produces 268 horsepower and provides an adequate amount of thrust but the V6, when fed premium fuel, cranks out 335 units of whack and delivers a good kick in the pants. Buying advice? Get that one. Do not pass Go, do not collect $200. Selecting a rear-drive CTS unlocks a couple of more engine choices.

Drive modes on the 3.6L run the gamut from ‘snow & ice’ to ‘Sport’. This driver left the system in the latter setting all week as it sharpened the car’s throttle response and turned the gearbox flappy paddles into triggers for swapping cogs at machine gun speed. 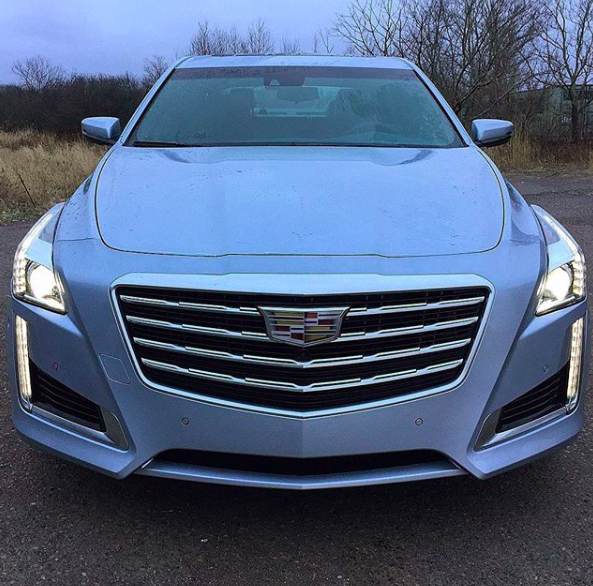 Cadillac’s signature festival-of-sharp-edges has been toned down over the years, and the CTS is one more variation on that theme. The headlights seem slightly splayed outwards unless viewed directly from the front, in which case it is impossible to ignore the abundance of LEDs that cascade over the front end like so much running mascara. In this colour, Silver Moonlight Metallic, the Cadillac had a chill presence, resembling a freshly calved iceberg and garnering plenty of positive comments.

Inside, drivers and passengers will find the amenities they expect from a Cadillac costing more than Doug Ford’s annual bill for hair gel. The front thrones are heated and ventilated to help circulate cabin air, while an expansive sunroof (GM calls it Ultraview, a fantastic name that sounds like a ‘50s throwback) lets in big gulps of the fresh stuff.

Those front seats, by the way, incorporate a small motor to vibrate the chair when Cadillac’s lane keeping system detects you’ve coloured outside the lines. In this author’s opinion, that type of warning beats flashing lights and emergency claxons. This, and the snazzy gauges ahead of the driver are part of a costly $4295 Technology Package, a sum that comprised the majority of the options on our test car.

A neat party trick is the power-operated hidden cubby residing behind the heating and ventilation controls. It is touch activated by a sweep of the chrome trim found on the panel’s leading edge. I was transfixed by its silky-smooth action, so much that my hand lingered on the actuator unnecessarily. A power cover on the cupholders is a gratuitous feature.

Interior materials are of high quality; soft surfaces abound, even on low-slung trim, providing all-day comfort for both driver and passenger. It would be no chore to eat up the highway miles in this machine, provided you only have three of them. The enormous centre hump on the rear floor – no doubt required to fit in the rear-drive architecture – realistically makes this a conveyance for four adults, not five. A sport-tuned suspension with Magnetic Ride Control is firm but far from bone-jarring.

The much-maligned Cadillac User Experience (CUE) infotainment system that administrates the jumbotron-sized touchscreen in the centre stack has been given a rethink for the 2018 model year. Actions such as media changes, whose reaction times could have been measured with a calendar, are now very reasonably timed and generally perform the functions you ask. Apple CarPlay and Android Auto are on board now, too. 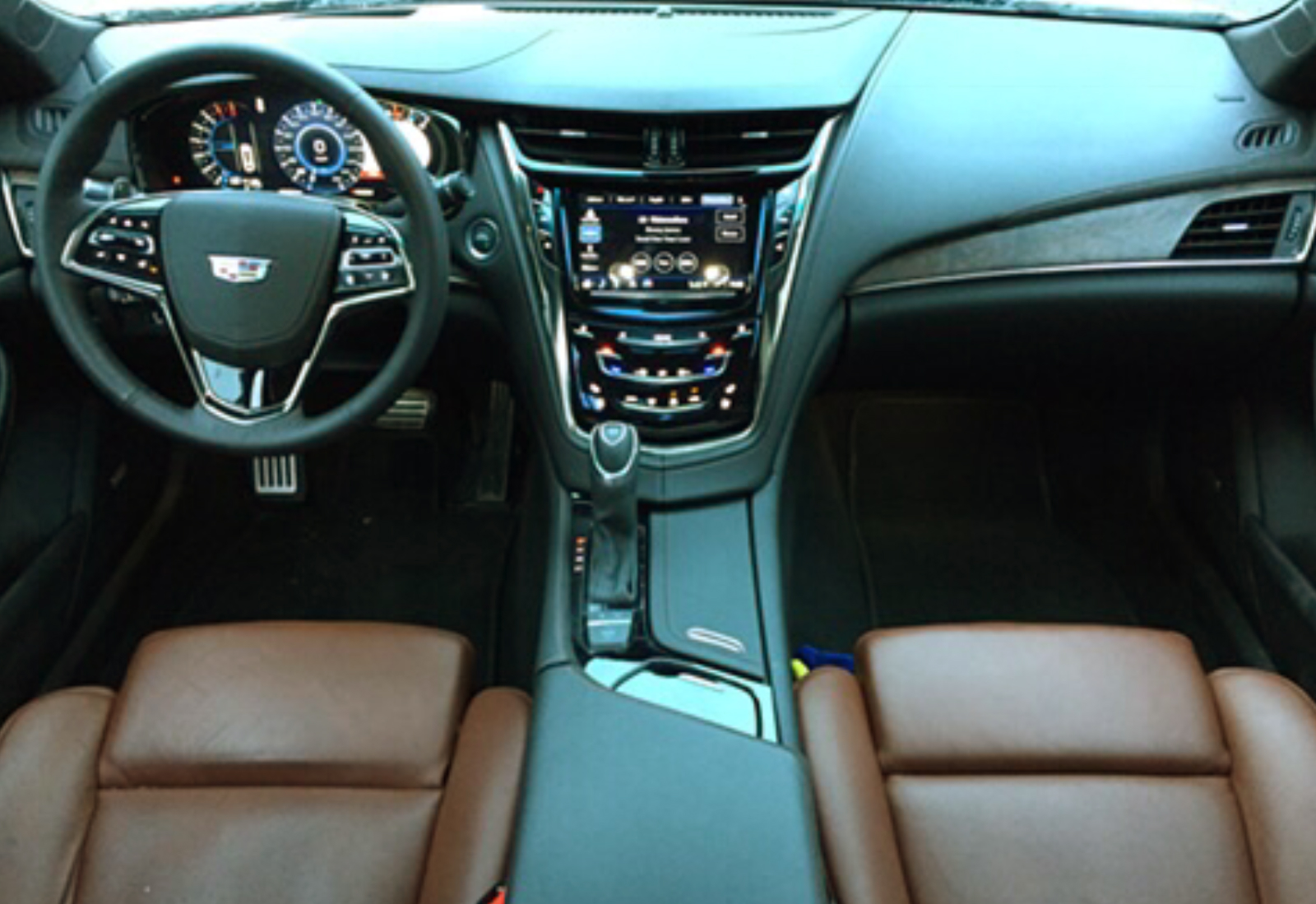 The touchscreen provides haptic feedback by way of a little ‘bump’ when an action is selected, an experience to which your author acclimated to quite quickly. The absence of redundant buttons will surely anger Luddites, who will express anger and generally froth at the apparent lack of intuitive knobs ‘n switches. Neat freaks take note: the whole centre stack, comprised of a touchscreen and piano black trim, will get covered in fingerprints. Cadillac includes a little cloth stamped with the company badge because #branding.

Cadillac has a phalanx of SUVs and crossovers on the way, with the XT5 already here and the XT4 ready to hit the market this fall. Rest assured, a seven-passenger XT6 is on the way as well. Customers are hungry for high-riding wagons and dealers are only too happy to sell them. Given those facts, the overlap with the CT6, and a model designation that no longer neatly fits in the brand hierarchy, there is a very good chance we won’t see another CTS.

And that makes me sad, as this is a spectacular car from a traditional American brand that coddles its passengers while offering the driver a dose of performance. Sure, the CT6 will fill the gap but this fraternal brother turns many of the same tricks at a lower price point. Someone’s gotta win the sibling rivalry, so the dwindling number of people who are still looking for a premium sedan should put this fraternal brother on their list before he moves out of the house.

You’ll miss him when he’s gone. 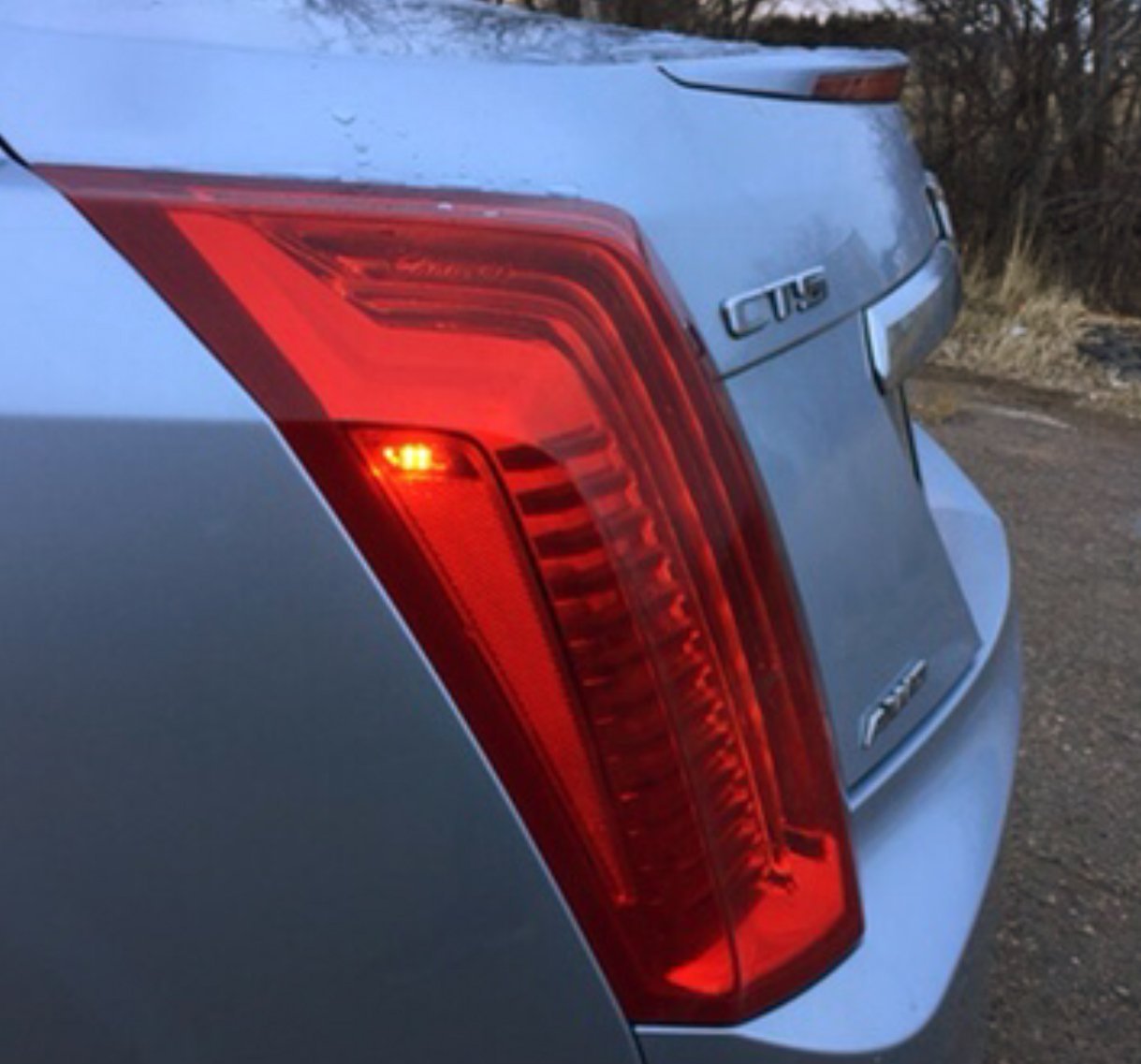 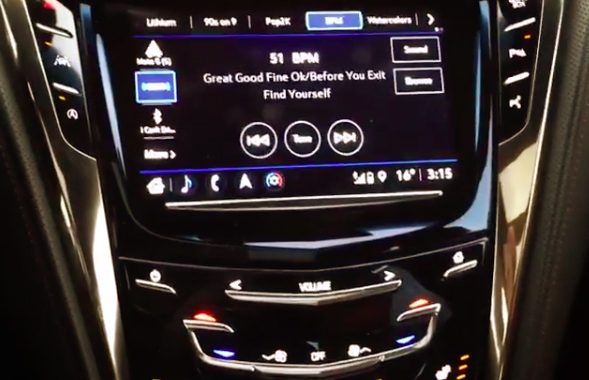 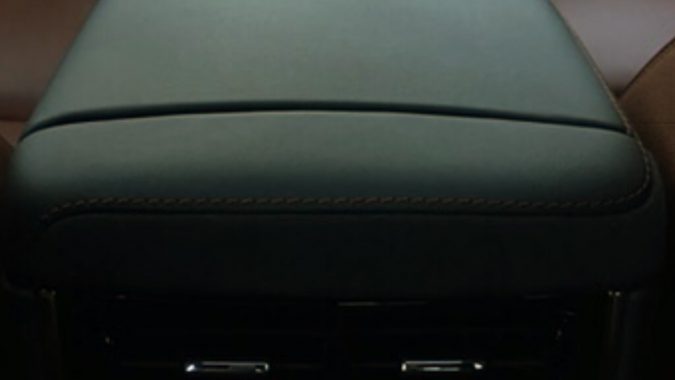 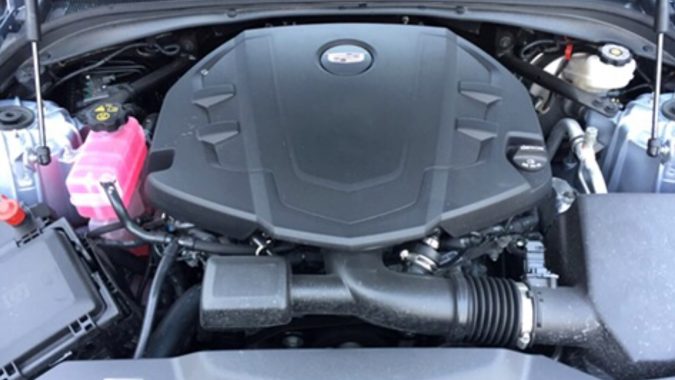 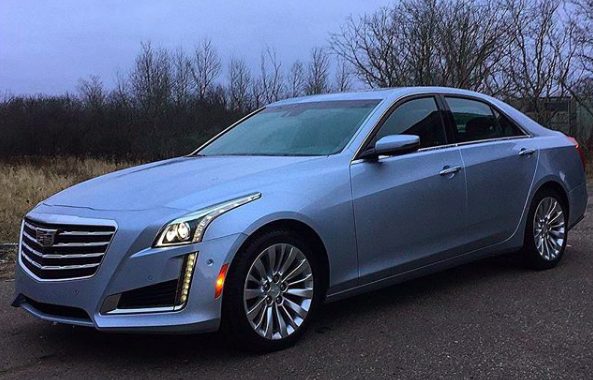