Does Cadillac's flagship have what it takes to compete with the best from Europe?

The Cadillac CT6 has been around for a couple of years now, but it‘s still a slow seller in the full-size luxury sedan segment. Cars like the Mercedes S-Class, BMW 7-Series and Porsche Panamera sell in much greater numbers despite costing quite a bit more.

In recent years the Tesla Model S has managed to outsell even those cars but to keep this as apples to apples as possible we are choosing not to draw comparisons to the EV phenomenon that is Tesla.

Like the quiet kid at the back of the classroom that never gets picked but still deserves a chance, the CT6 has many talents up its sleeve and just requires someone to give it a shot.

The CT6 is easily the best looking car in Cadillac’s lineup. It’s long, low and well proportioned, with subtle lines and a dramatic face with vertically stacked headlamps that flow beautifully into the front fenders.

The rear taillights also get the vertical treatment and the car as a whole conveys a feeling of elegance and lightness. 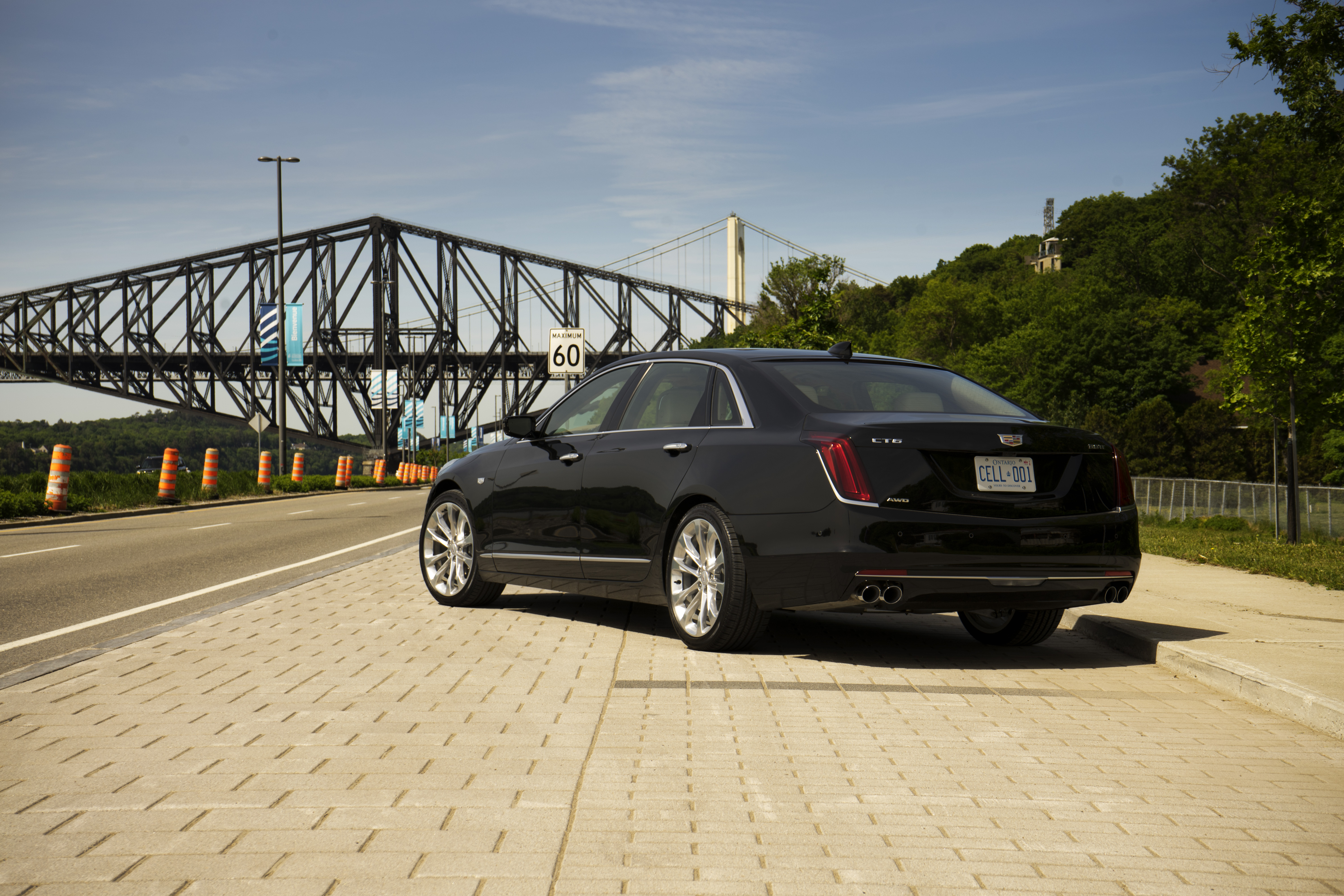 On the inside, it’s a similar story. There’s contrasting wood trim, most surfaces are leather covered, and all the touch-points feel high quality. I looked for areas where corners had been cut, but I came up empty-handed.

The top ‘Platinum’ trim level gets heated, reclining rear seats and articulating 10-inch TV screens that electrically stow away when not in use. 1027 mm of rear legroom allows even the longest-legged of us to stretch out, watch a movie, or take a nap in complete comfort, feet buried in the carpet’s thick pile.

Acoustically laminated windows—actually two panes of glass sandwiching a layer of sound-proofing material—and a super-stiff and light body structure make this one of the quietest cabins that I’ve sat in recently, the only thing quieter might be the vacuum of space, or maybe a new S-Class, but you’d need a decibel meter to really measure that.

To my much less accurate ears, there’s really not much between them. And in my books, that’s quite astonishing as the Mercedes is the benchmark for isolation and refinement, and has been for a long time. 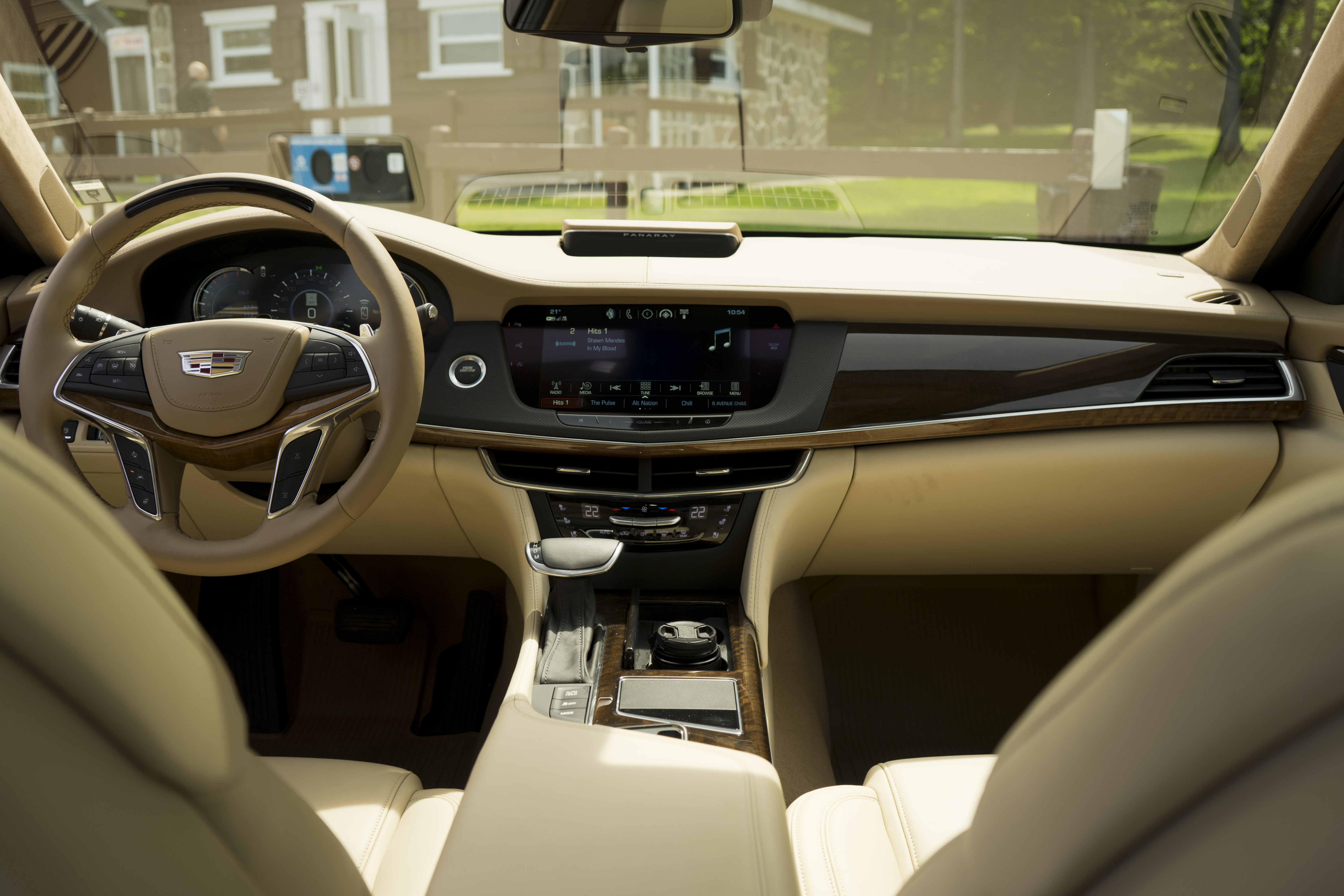 Magnetic ride control, also standard on the Platinum, does a great job of ironing out even the roughest roads while still providing confident and sure-footed handling. No longer happy playing second fiddle to Bavarian flagships, this big Caddy is coming awfully close to offering a driving experience quite similar to the S-Class and 7-Series, both of which I’ve driven recently.

The Bimmer and Merc still use finer materials in their interiors and have vastly better infotainment systems. They feel more expensive, and they are. Their endless option lists, perfectly stitched leathers, and custom colour palettes might be exclusive, but it comes at great cost, enough in most cases to buy a well equipped compact sedan.

There’s also a 34-speaker (yes, you read that number correctly) Bose Panaray sound system that is very good and though it may be a great conversation starter, I’ve heard better in cars with smaller speaker counts.

Cadillac’s CUE system is present and easy to navigate via the touchscreen, but it’s slow and the touchpad controller is frustratingly difficult to use and is best avoided. No points either for the grainy graphics and drab colour theme. It is worth pointing out that the fully digital gauge cluster looks much better, with a much higher resolution and much better graphics.

Things like magnetic dampers aren’t even available on the competition, and neither is the super-cool rearview mirror that looks like a standard old mirror, but at the flip of a switch, displays a high-definition, wide-angle view of the world behind you.

Then there’s Super Cruise, the first application of hands-free driving in the business and it works really well. Easily one of the best semi-autonomous systems on the market, being able to sit back like you’re watching TV while the chaotic rhythm of traffic unfolds in front of your eyes is oddly calming and feels like the future is here now. 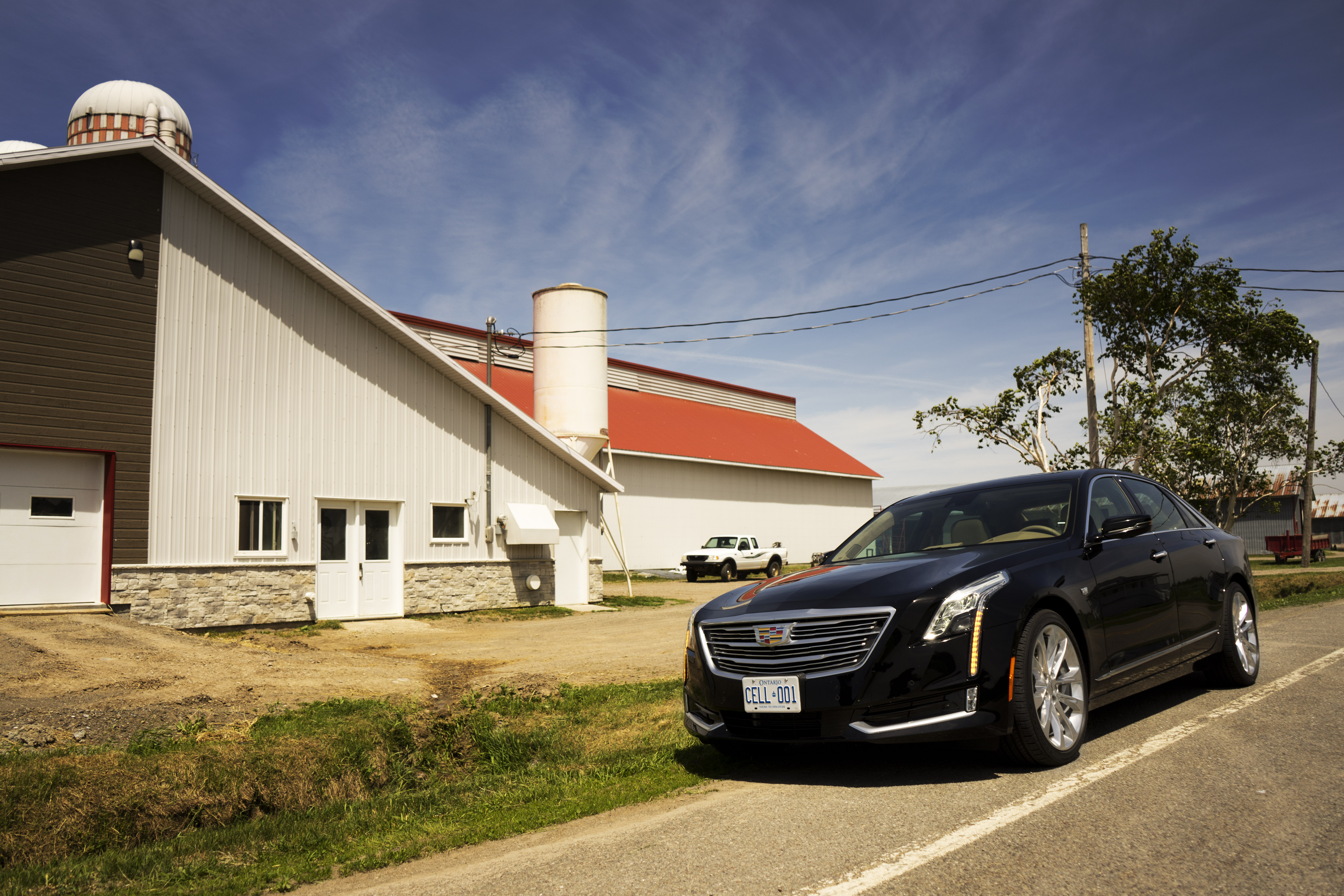 Where the CT6 does lag behind is in the powertrain department, the highest output engine available is a 3.0L twin-turbo V6, where the competition is offering twin-turbo V8s, without a major hit to fuel economy. Nothing against the turbo 6 in the Cadillac, though, as it does put out 404 horsepower and a nice round 400 foot-pounds of torque and it’s more than adequate to move this big sedan up to extra-legal speeds in seconds. But when your competition is offering supercar acceleration and exhaust notes to match, you have to wonder why they didn’t stuff one of GM’s brilliant small blocks in there, as they did in the brutally fast CTS-V.

Actually, they had a good reason, and that’s because Cadillac went ahead and designed their own V8, one that eschews old-world pushrod architecture in favour of a thoroughly modern overhead cam small-displacement twin-turbo V8 that is claimed to offer more torque than any of its competition.

Due to arrive in the spring of 2019, it should inject some newly found life into a car that surely needs it. Whether or not it will be enough is hard to say, but these things generally take time.

Extensive use of aluminum castings combined with high-strength steel and innovative joining techniques form a chassis that’s very rigid and strong but also very light and the benefits of this are immediately noticeable in the CT6’s handling behaviour. Removing weight is one the easiest ways to improve vehicle dynamics and at 1853 kg the CT6 is easily the lightest in its class.

It’s not a canyon-carving track special, but it feels responsive and lighter on its feet than the S-Class, which moves around much more under heavy cornering.

The Cadillac is a fun car to drive and moves quite nimbly, thanks to a 4-wheel steering system that also allows for a much smaller turning circle. There didn’t seem to be any glaring dynamic faults, better brake feel would be welcome but not necessary if you’re super-cruising.

How much does all of this cost? The CT6 I tested had a base sticker price of $100,795. If that sounds like a lot, consider that it is lower than most of the competition and offers mostly everything standard. All of this is based on springing for the top spec Platinum model with the twin-turbo V6, as I tested for this review.

The base CT6 starts at $62, 355 and comes with a 2.0L turbocharged 4-cylinder engine and is rear-wheel drive, with all-wheel drive offered as an option but only if you move up to the 3.6L naturally aspirated V6. Things like, magnetic shocks and rear-wheel steering are available on the Luxury trim, while Super Cruise requires another jump up to the Premium Luxury trim.

This CT6 is a slow seller right now, and the high-end luxury sedan market can be a tough nut to crack. Many have tried and few have succeeded, but Cadillac is really pushing for more recognition and with industry firsts like the advanced and light body structure, Super Cruise and that nifty rear-view mirror they’re doing the right things, and the CT6 deserves to be noticed. 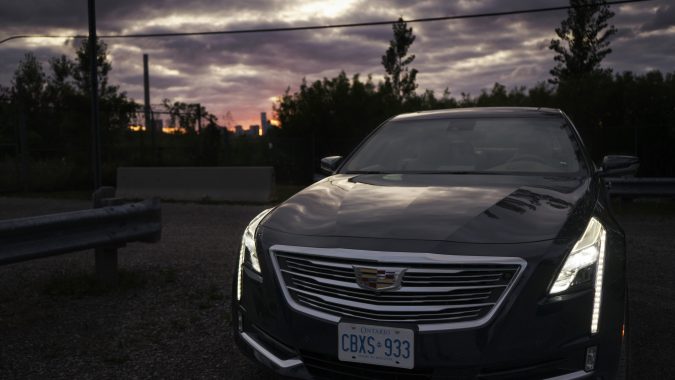 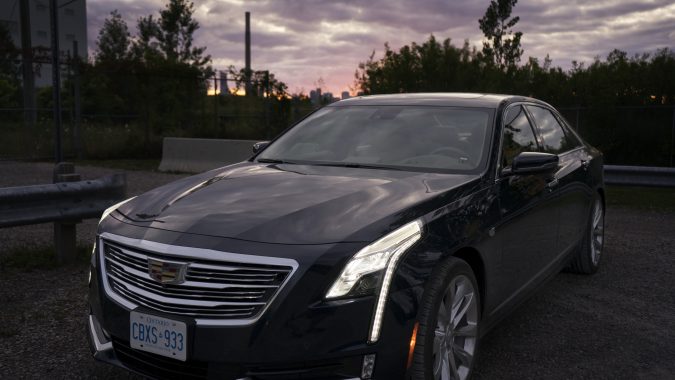 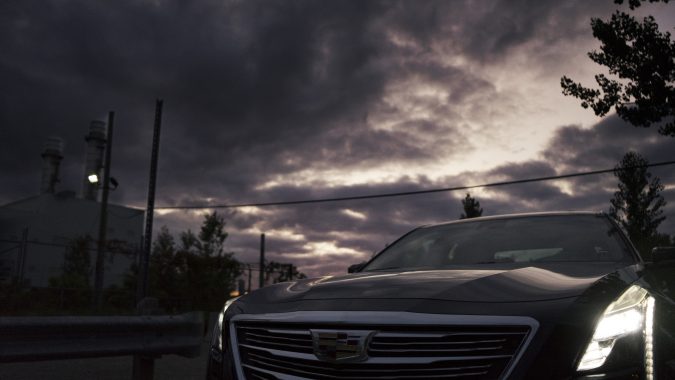 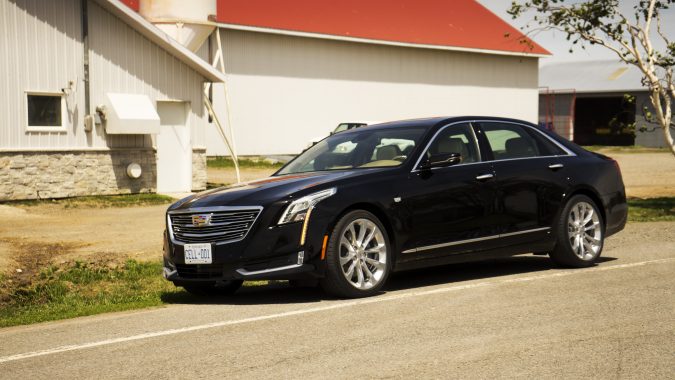 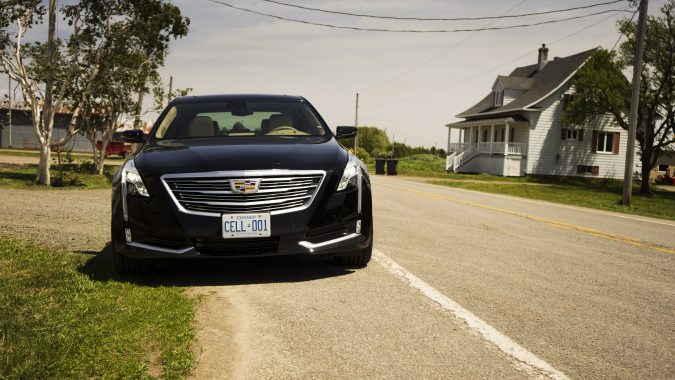 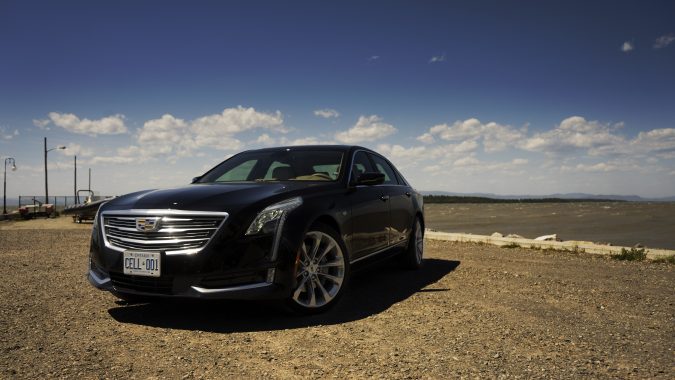 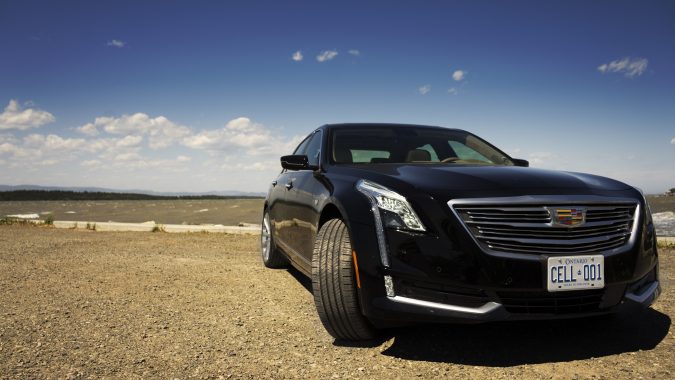 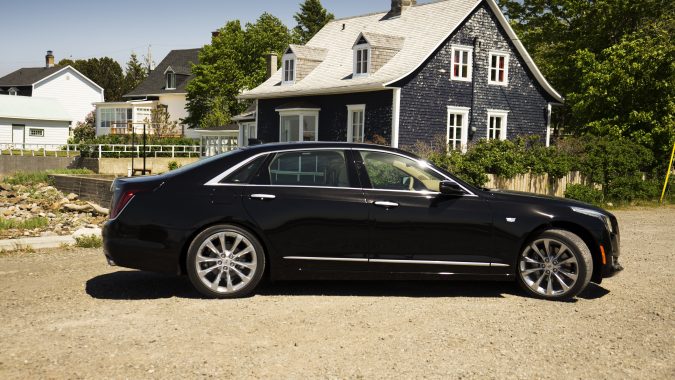 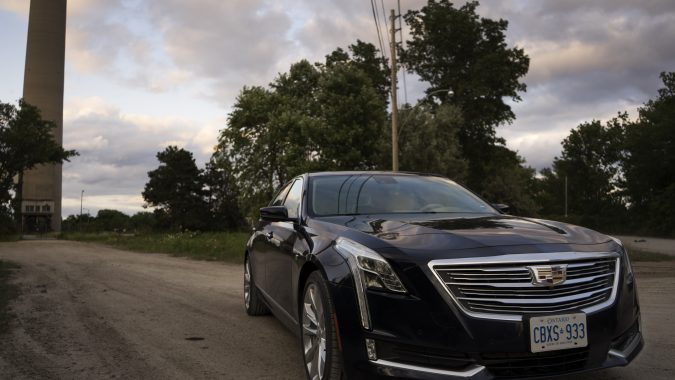 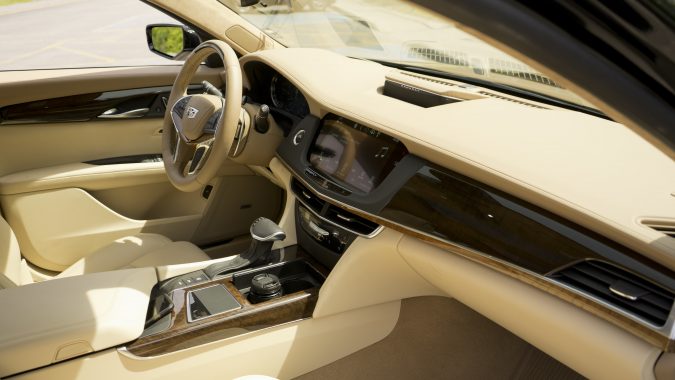 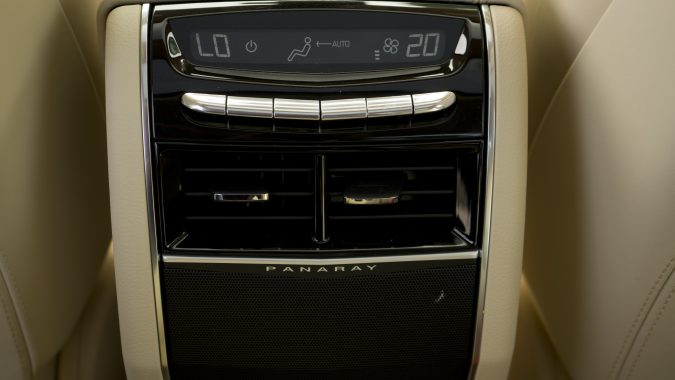 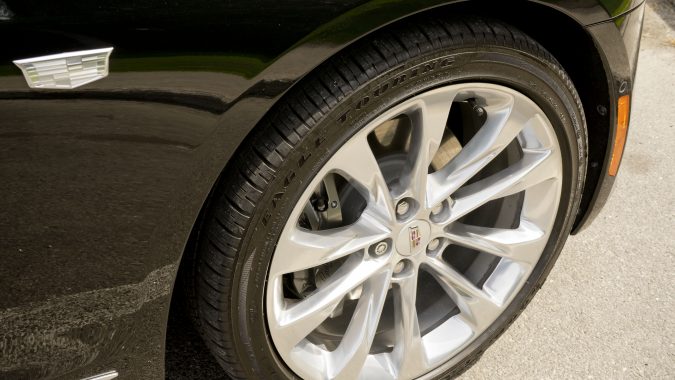 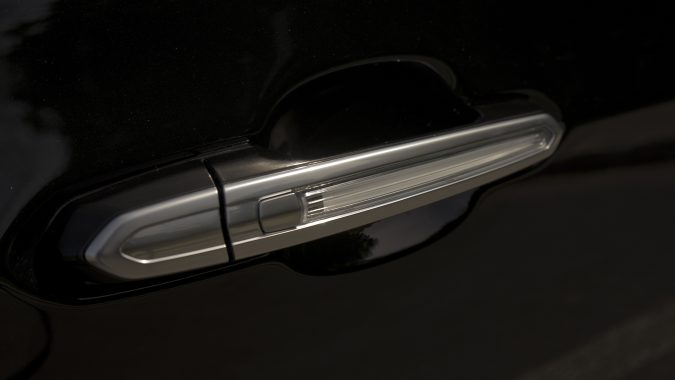 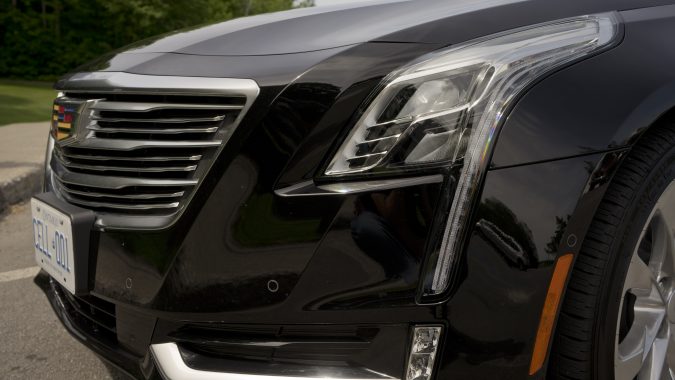