The Regal GS Sportback exists in a category almost unto itself – how many midsize hatches do you know in Canada?

It seems that amongst all this hand-wringing and bellyachin’ that the car is dead – thanks, Ford – there is still light at the end of the tunnel: Nissan has a new, AWD (and in some markets, turbocharged) Altima coming, the Civic continues to sell in droves, the Toyota Corolla hatch is turning heads and something with “Corolla” in its name hasn’t been able to do that since the ‘80s.

And then there’s the car you see here: It’s a Buick; a Buick Regal, no less, which hasn’t really been all that sexy of a nameplate since around the same time the Corolla last was. Two letters, however, have made all the difference in the world here: GS.

They stand for “Grand Sport”, but what they mean to you and me is gutsy V6 power, AWD, and a chassis tuned for performance.

On looks alone, you have to look pretty closely to differentiate the GS from other Regals, with some badging, the rims, and red Brembo brake calipers being the most obvious additions. It also sits lower than standard and even appears a little longer, a little more purposeful, and less awkward as a result. It’s a car that shares its bits with the European-developed Vauxhall/Opel Insignia, and that’s a very good thing.

Inside, you get a thicker, flat-bottomed steering wheel, deeper wing-backed sports seats (with a massage feature!) and a digital gauge cluster. You’ll also notice a “GS” button mounted in a bank just above the shifter, which is your ticket to proper sport sedan-dom; more of that in a minute.

What you won’t notice, however, is a pair of paddle shifters mounted to that chunky wheel. That’s because there aren’t any, and no matter how much you’re willing to spend on add-ons or option packages, there won’t be any. This would prove to be more of a problem than I originally thought. 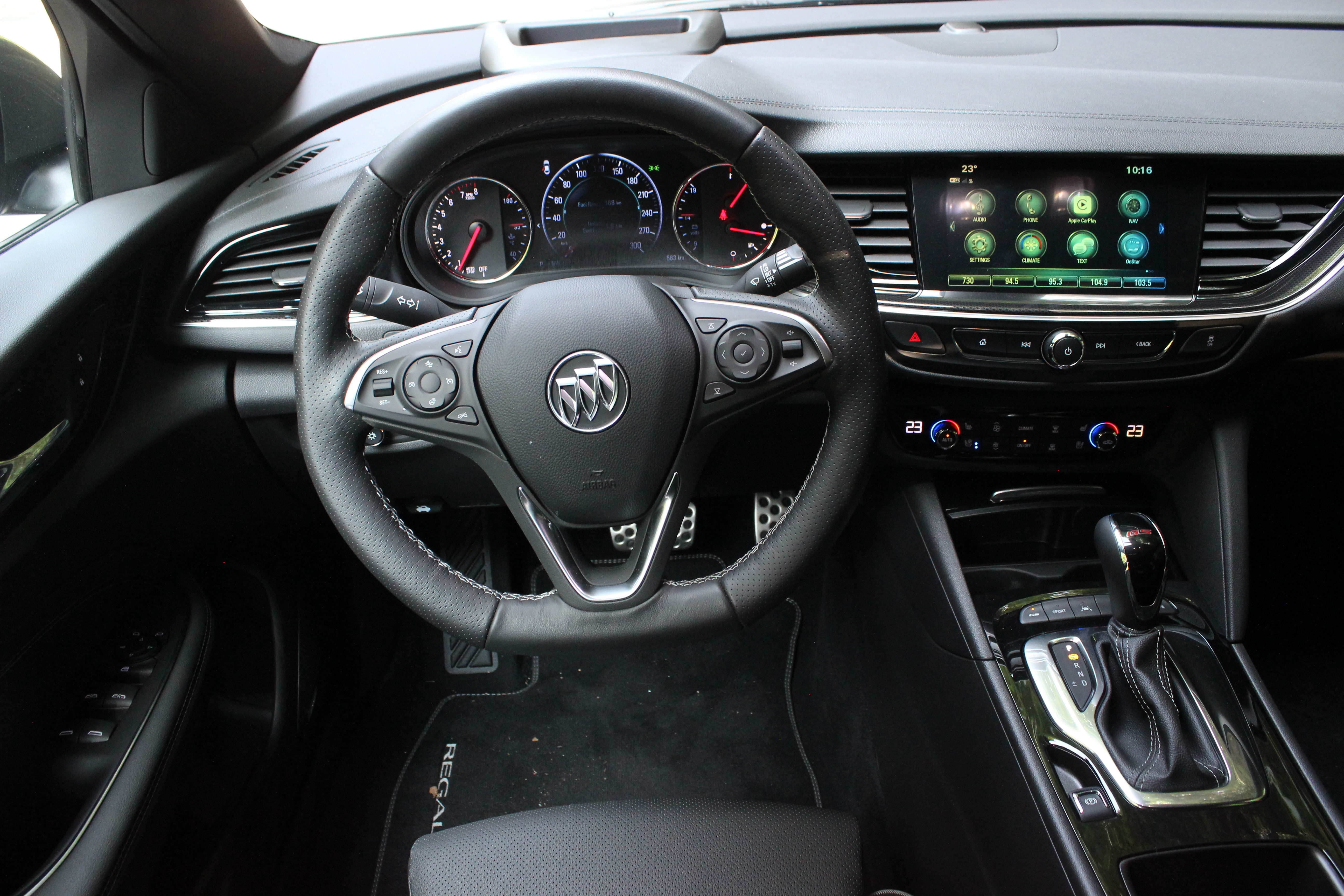 First, there’s the power; that’s 310 hp and 282 lb-ft of torque from a 3.6L V6, figures that are up from 250 hp of the non-GS Regal, are more than what you’ll get from the VW Passat GT and fall just short of the Ford Fusion Sport. Heck, even the BMW 340i and Mercedes-AMG C 43 would have something to think about if they saw the Regal in their rearviews. That’s some pretty heady company, and it’s an indication that The General continues to up the near-luxury (or is that luxury?) digs of the Buick brand.

Paired with the rear-biased AWD system, the naturally-aspirated V6 gets the power down in a hurry, and even with a little drama to go along with it; the engine’s intake noise is ear-filling when at full chat and the exhaust has also been specially tuned, adding to the experience as a whole. It’s a surprisingly quick car, this Buick, and it will be hard for anyone to say that it’s all show and no go. Heck, considering how subtle the stylistic additions are, it’s more go and less show. Which, when you think about it, is probably a little more in Buick’s vein these days as The General wouldn’t want his midlevel luxury cars treading too closely to stuff like the Cadillac CTS Vsport.

Back to that transmission.

Your only choice is a 9-speed automatic unit that does have a manual mode as long as you’re willing to bump the shifter forward and back for upshits/downshifts; I do have to agree, however, with my intrepid Wheels colleague Jim Kenzie, who says that you should pull back for upshifts and push forward for downshifts, because that’s more in-tune with what your body is doing in those circumstances. It’s nice that you have that option – and it’s better than the awkward lever-mounted +/- buttons often used in various GM products – but I used it a grand total of maybe one time. If I’d had a pair of paddles, I imagine I’d be making much more use of them because they’re simply better than this. Is it a cost-saving measure? The need to not make the GS too performance-oriented? I’m not sure, but what I am sure about is that it’s a misstep, especially when one considers that the previous-gen Regal GS actually came with a proper three-pedal manual transmission option. 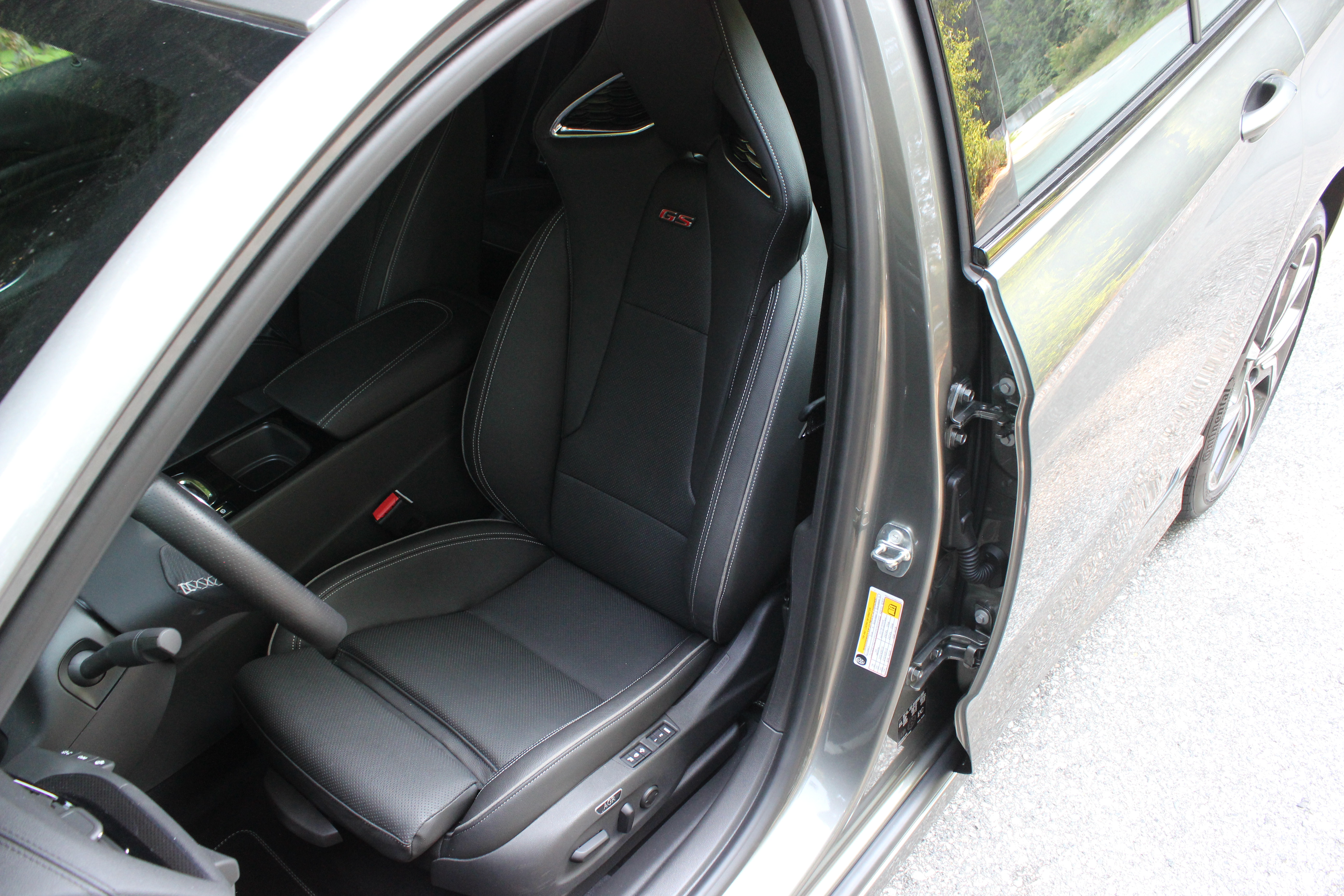 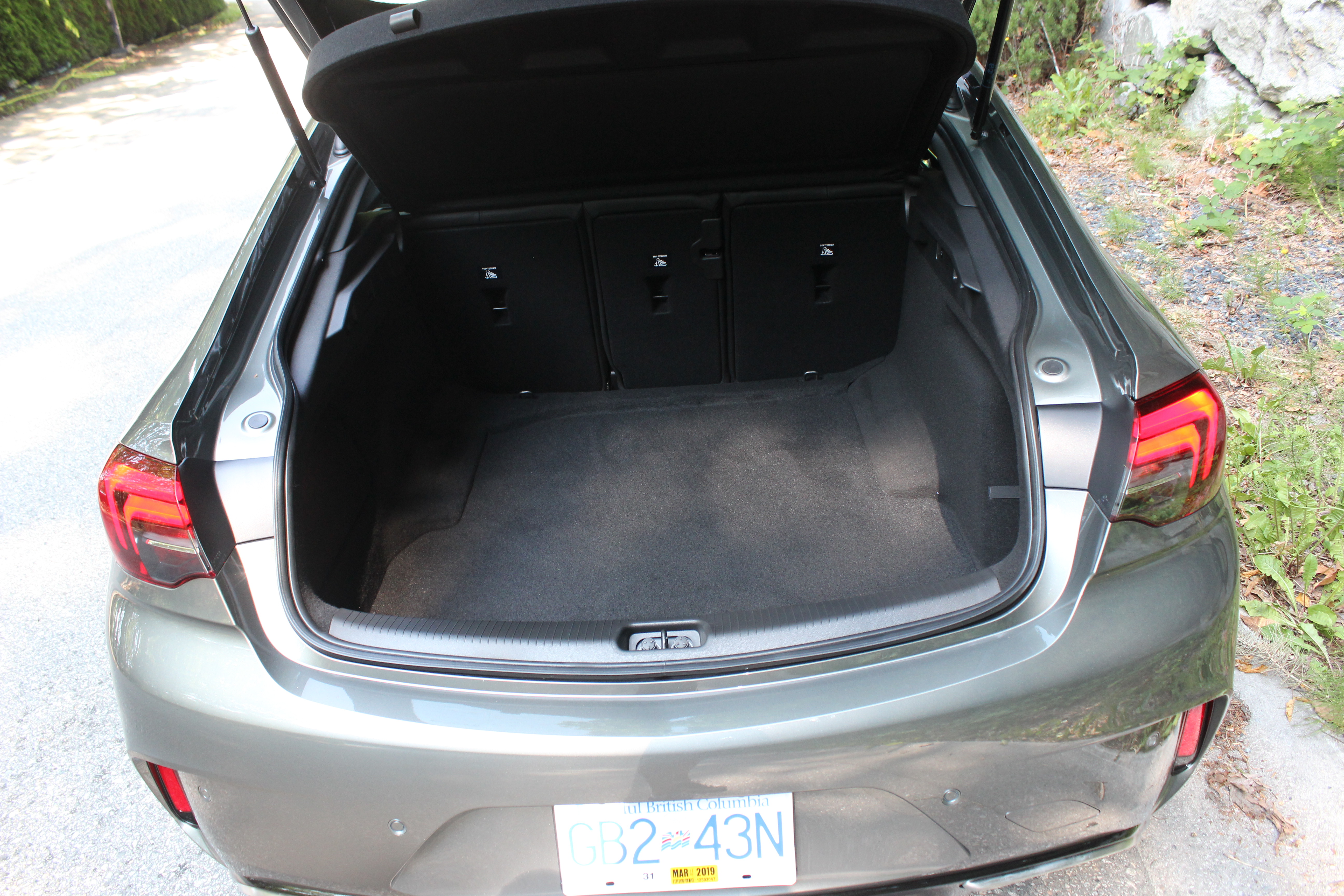 It stings especially when you consider the handling, which should distill any notion of “keeping it Q-car” simply because the properly responsive steering rack leads to an equally responsive chassis. Buick’s overseas colleagues took the Insignia to the Nurburgring for testing, resulting in the great chassis I had experienced here. Continuous damping control comes as standard, so no matter the conditions, the dampers are up to the task and are one of the components that are adjusted once you strike the GS button mounted ahead of the shift lever. That stiffens the dampers up even more than it does in “sport”, a less aggressive mode controlled by a button just to the right of the GS button. While I wouldn’t say this turns your midsize cruiser into an autocross hoon machine, the change is noticeable enough that you get the sense Buick was serious about adding some real tangibility to the different drive modes.

Also playing a part in all this is the standard AWD system, which can split torque between each rear wheel, to help the big hatch more easily swivel ‘round corners. The result is an involving ride, yes, but also a confidence-inspiring one as you really do get the sense that it would take some pretty aggressive driving in some pretty slippery situations to unsettle the GS. I know I wasn’t able to in the dry conditions I was testing it in. 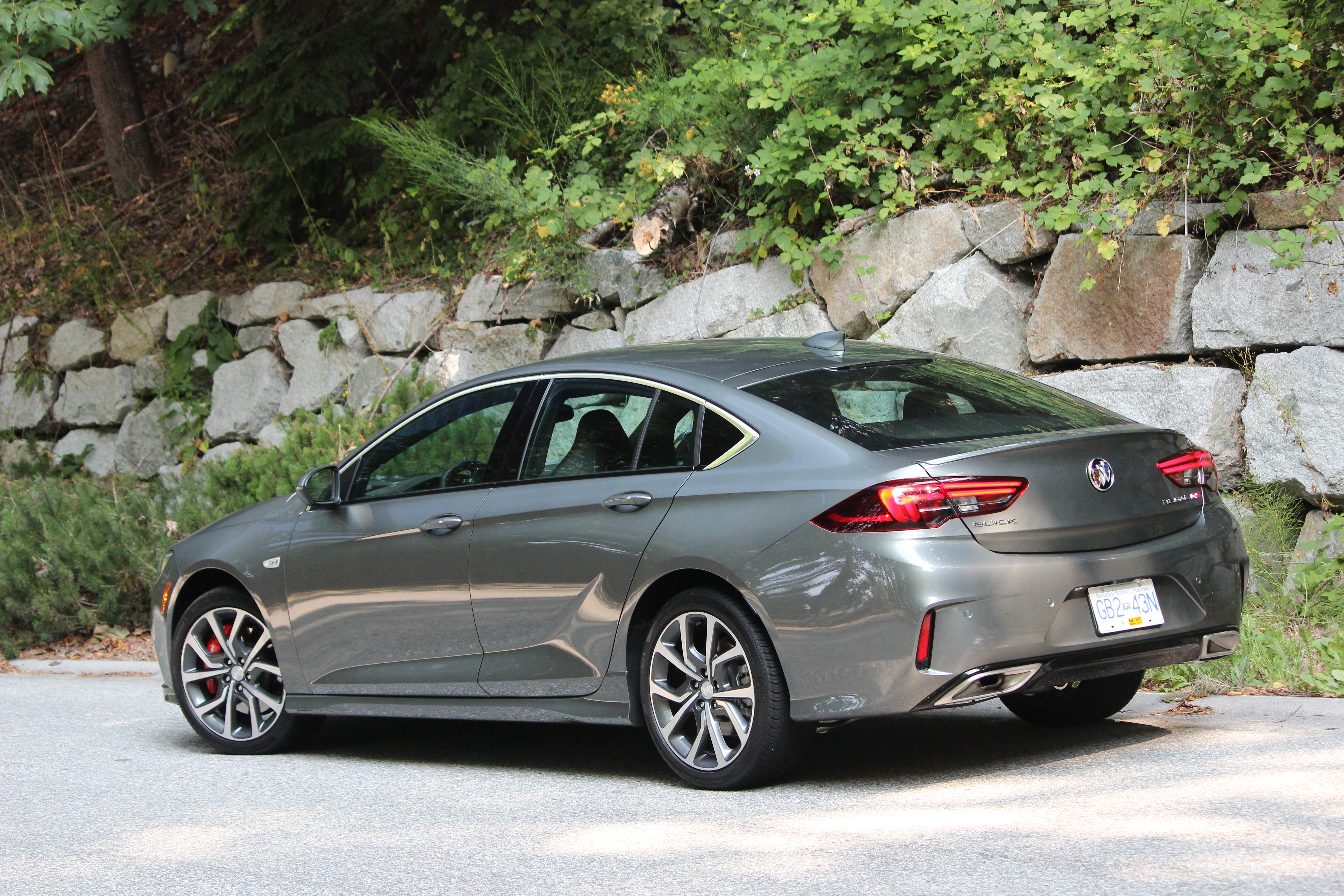 Then, when it’s all said and done, you can deactivate GS or Sport and what you’re left with is a midsize hatch that gets all the creature comforts – the somewhat less exciting or drive-centric stuff – that we’ve come to expect from Buick; mostly good materials save for a bit too much plastic on the centre stack, intuitive infotainment with Apple CarPlay and Android Auto support and an interior that’s plenty spacious up front, if a little cramped in the rear. Plus, it’s got a hatch with a low floor and 40/20/40 split folding rear seats, a boon for hauling longer items.

If nothing else, the Regal GS Sportback exists in a category almost unto itself – how many midsize hatches do you know in Canada? — that almost makes up for Buick’s snubbing of the Canadian market for the dynamite Regal Tour X wagon. Throw in all that added performance, and I have to say that I like where Buick’s headed.

Now, about that transmission… 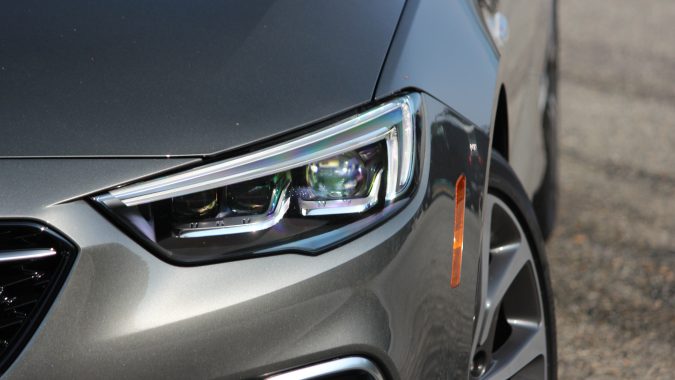 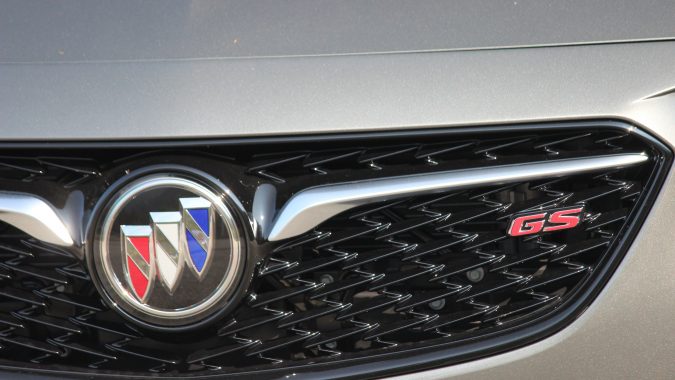 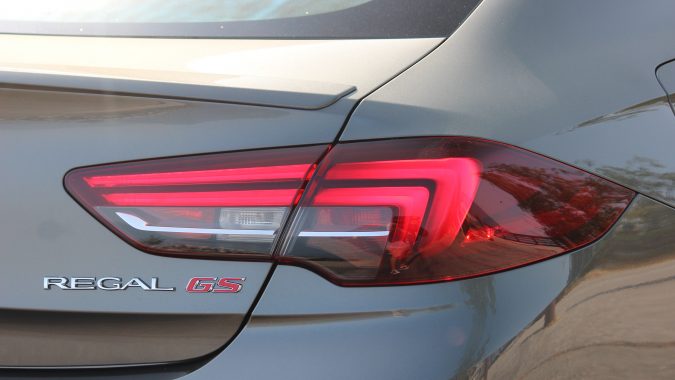 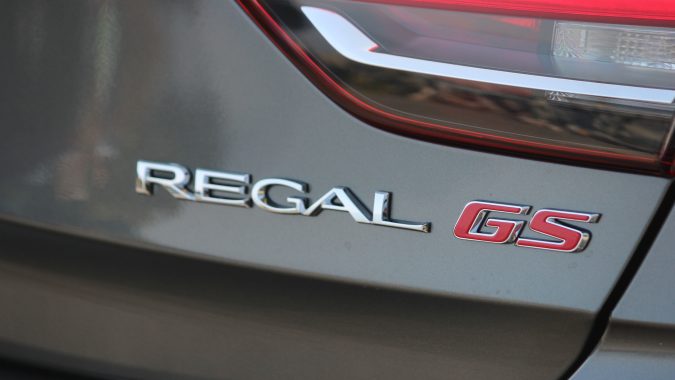 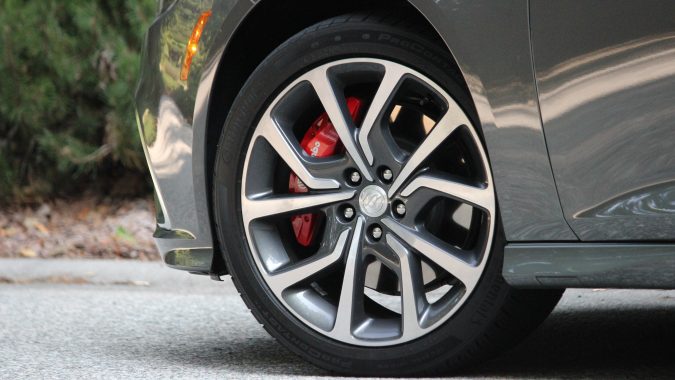 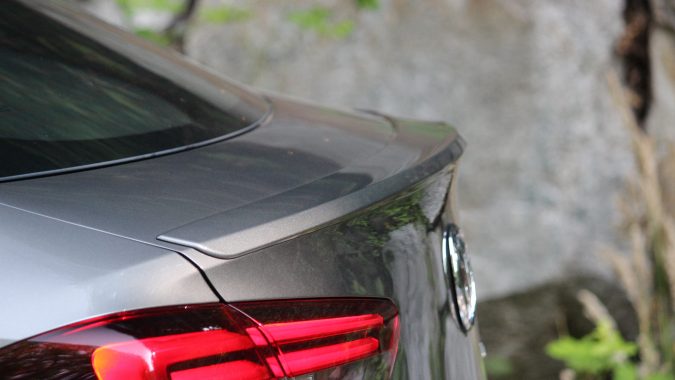 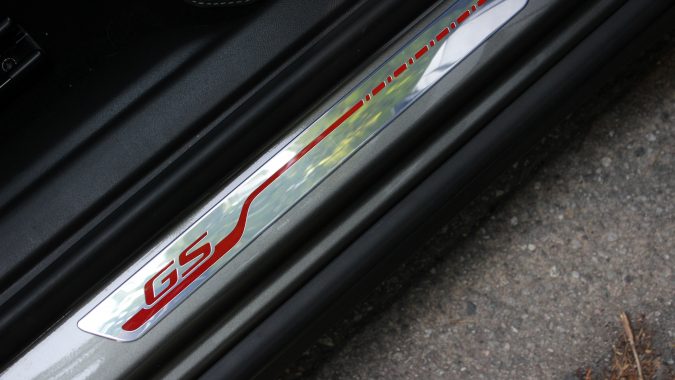 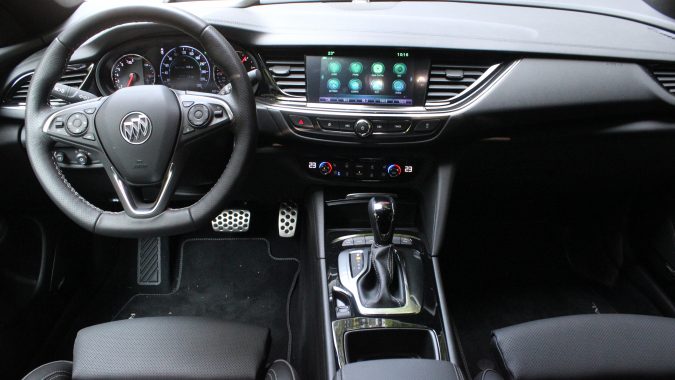 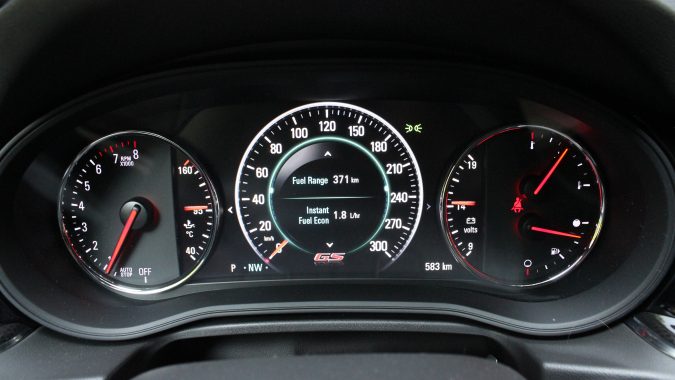 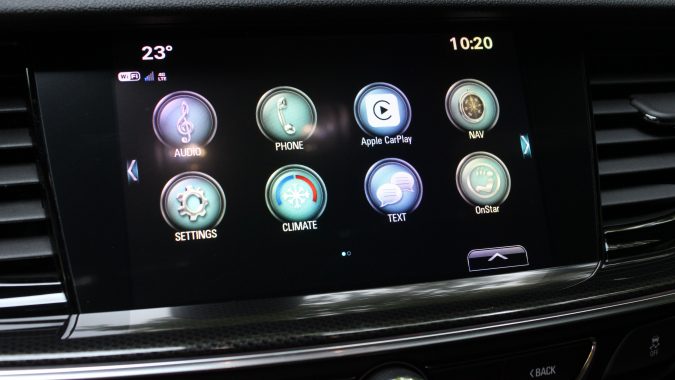 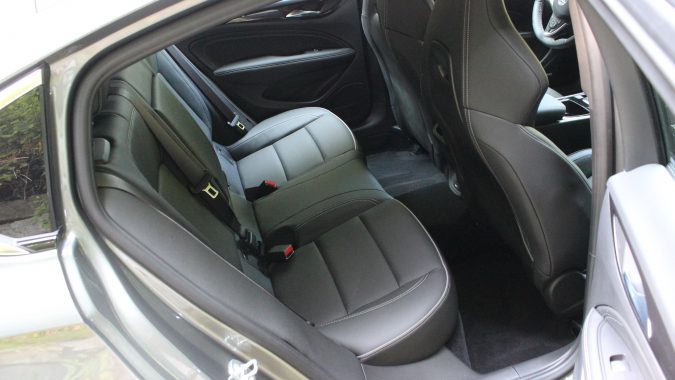 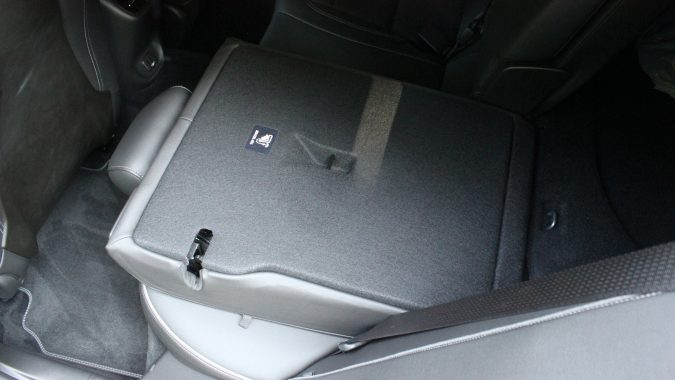