The 3 Series is a vehicle that I’m very familiar with. I’ve owned a couple over the years (and still have one today), driven countless others, read everything there is to know about them and have been generally obsessed with them as far back as I can remember.

Take that as a disclaimer, if you will, and while reading this if you feel that it’s a bit biased—you’d be right.

Truly, though, it’s hard not to love a 3. Their compact dimensions, sharp and refined powertrains, impeccable road manners and overall practicality are a winning combination and have gone on to sell over 10 million examples worldwide.

This is the brand’s “bread and butter” car and defines everything BMW represents. So strong is the 3’s worldwide following that every time a new one is released the Internet literally explodes.

Criticisms and comparisons to the previous generations are instantly drawn; many waxing poetic on how much better the old one was, complaining that the new one had become soft and bloated. And even though these rants occurred with every single generation, each one was more successful than the last. Funny, how things work.

The current (F3x) 3 series introduced in 2012 is near the end of its lifespan but it got a few significant improvements in 2016. The LCI or “face-lifted” model brought with it redesigned headlights and taillights, revised suspension, updated 8-speed automatics and the first application of the new (B58) 3.0L turbo straight six, in the renamed 340i—the best iteration of this engine yet. This is a motor that has consistently topped Ward’s best engine list for eons and is one of the world’s best examples of a straight six. 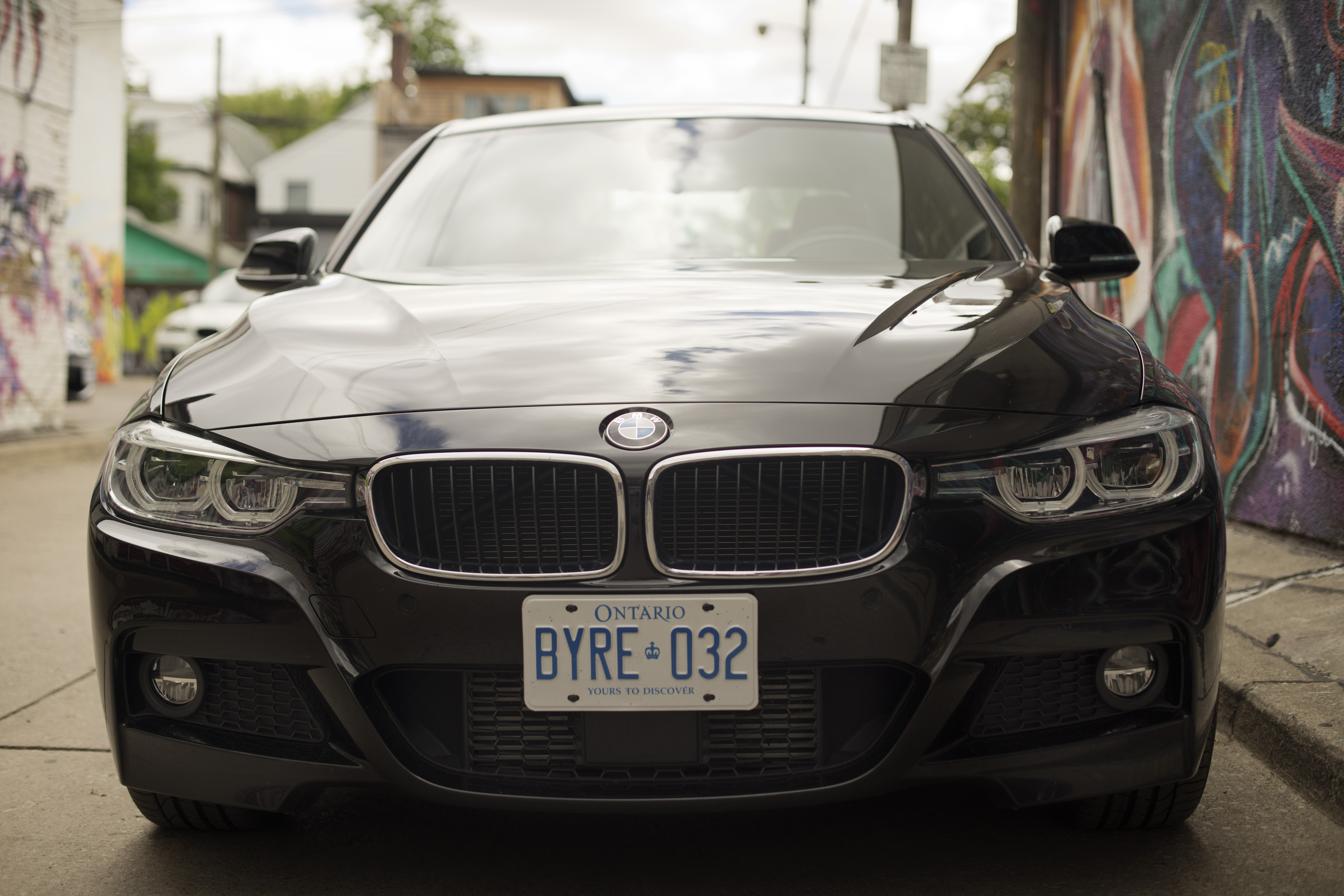 While a 340i would be my pick when speccing a 3, this review is about the diesel-powered 328d. If you didn’t know that BMW still offered a diesel 3 series here, consult this list of all the diesel cars available in Canada.

Displacing two litres, the turbocharged all aluminum inline 4 produces 180 hp and a hefty 280 lb-ft of twist from 1750 – 2750 rpm. A redline of 5500 rpm and a quick-revving character, both things uncommon to diesel engines, are the main traits and make it a great fit for a 3 series.

It sounds ok too. Just off idle and at low revs, there’s no mistaking that familiar industrial clatter, but spin it past 3000 and it could even be mistaken for its gasoline counterpart, which is the best praise I can give it.

But you don’t buy a 328d for its sound; you buy it for efficiency. With a highway rating of 5.7 L/100 km and a 57-litre fuel tank, you could theoretically get 1000 km out of a tank of diesel—in a well-balanced sports sedan. It makes you feel a bit like your getting away with something.

The slick ZF 8-speed automatic, in sport and sport plus modes, fires of some very quick shifts and does a great job of keeping the d in the meat of its power band. Only when you floor it and take it to redline does it run out of steam. This is not a fast car; a launch to 100 km/h takes 7.7 seconds, not slow but also not a figure you’d want to brag about either.

Merging onto the freeway, passing slower cars, and general around town driving are nevertheless done with ease, and you’re never left wanting for power. Spending a week with the 328d, I averaged 8.0 L/100 km and while that might not seem very good, the bulk of my driving was done in downtown Toronto and mostly in Sport mode.

Starting at a tad over $47,000 this is not a cheap car but you get a lot of standard kit for your money including, but not limited to, LED headlights, excellent heated and powered sport seats, an anthracite roofliner, rain sensing wipers, reversing camera, navigation, and dual-zone climate control. 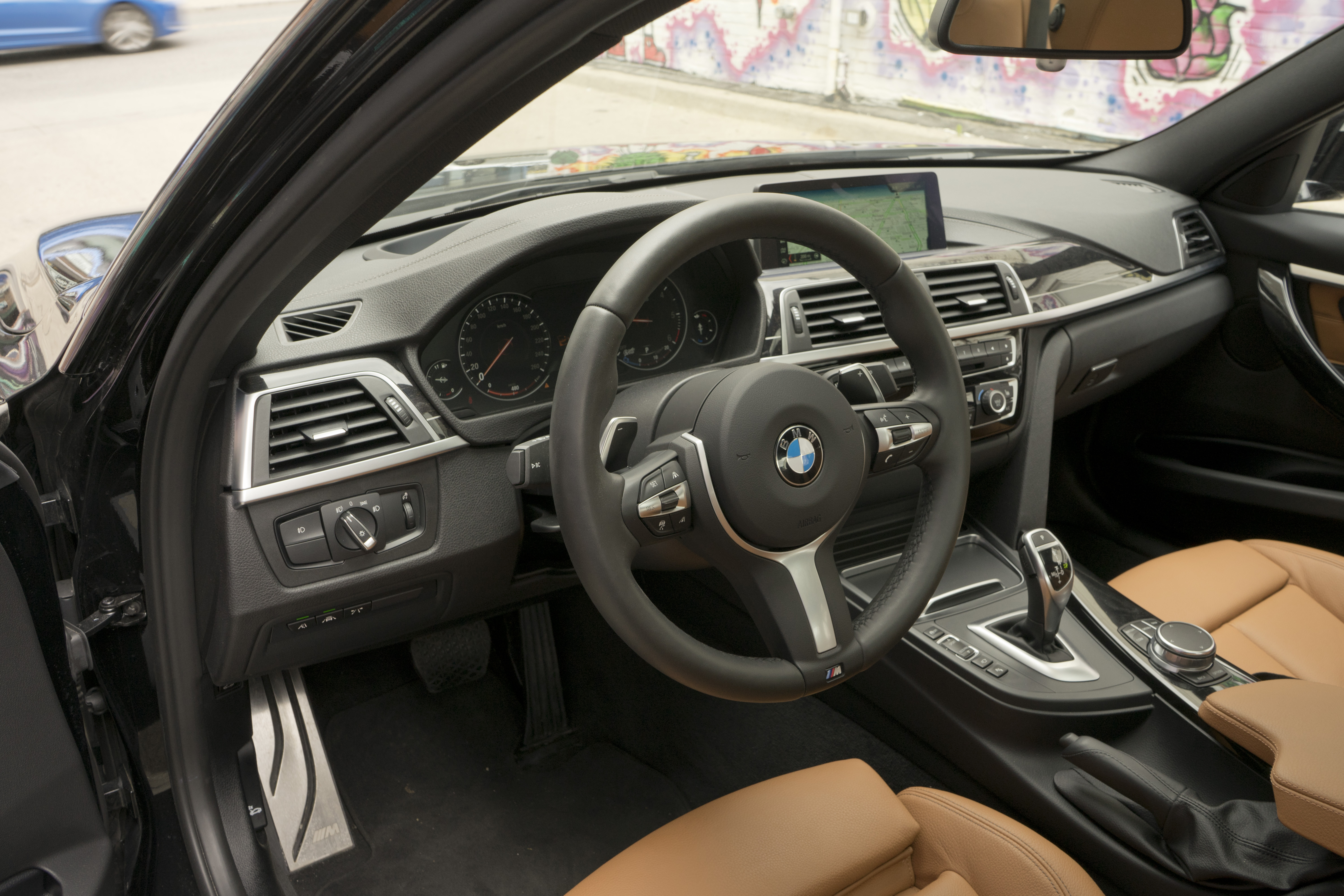 The car I was testing for this review had the M Sport II package that throws in a ton more, too much to mention really, but at an eye-watering $7000 it drives up the price significantly.

The M Sport bumpers and rocker panels make a great visual statement; the virtual gauges are also really sharp and work brilliantly, but BMW has some of the best analog gauges in the business and they work just fine.

Many of the items in that package can be ordered à la carte which would probably be the better way to go, but if you have to have your car “fully loaded” then it really does include everything you’d ever need, and who doesn’t love more toys to play with.

Also standard is the universally praised handling balance and refined ride quality coupled to a very stiff chassis that makes this diesel way more fun than it should be.

The handsome, sculpted sheet metal appears muscular like it’s vacuum wrapped over the chassis. It’s sporty and elegant all without drawing too much attention to itself. 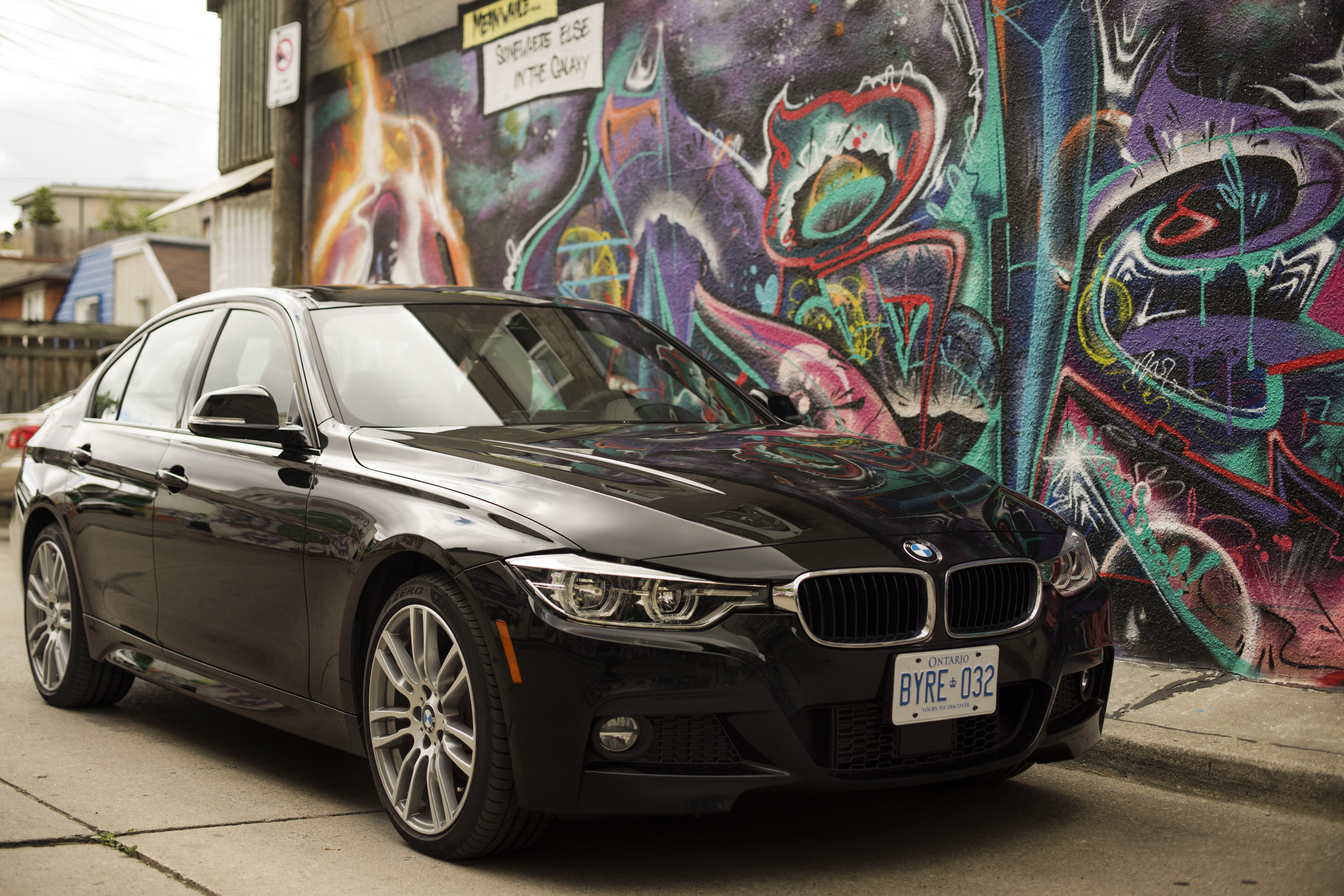 This is the type of car that you want to take on road trips; the type that has you looking for the long way home and counting the minutes until you get to drive it again.

There’s plenty of room in the back for two adults and a third smaller adult or child in the middle, but I don’t recommend that for longer trips. With two back there, they can share an armrest and enjoy the scenery fly by in relative comfort.

The one thing I’m not particularly a fan of is the steering. It’s fast and accurate but lacks feel and the weighting is artificial and too heavy in either of the sport or sport + modes; leaving it in comfort mode felt the most natural and was how I left it for most of my time with the car.

I do miss hydraulic steering racks, the one in my 10-year-old 3 series is an example of how good they used to be, but electric steering isn’t all bad and has been vastly improved over the years and will probably become as good as hydraulics sooner than we think.

Jaguar also offers their 3 series fighting XE with a diesel engine displacing a similar 2 litres, and making a similar 180 hp; it also happens to use a similar ZF automatic but it does not shift as fast as the version in the BMW. While the XE is a very good car with impressive handling that really sticks it to the bimmer, the overall polish, build quality and refinement of the 3 is hard to beat and the XE falls just short of greatness.

The 3 series is a practical car that also happens to be a very good smile generator, living for long drives and twisty roads. Having this sort of fun coupled with the efficiency of a diesel engine is a winning combination and one of the best ways to actually have that cake and eat it too. 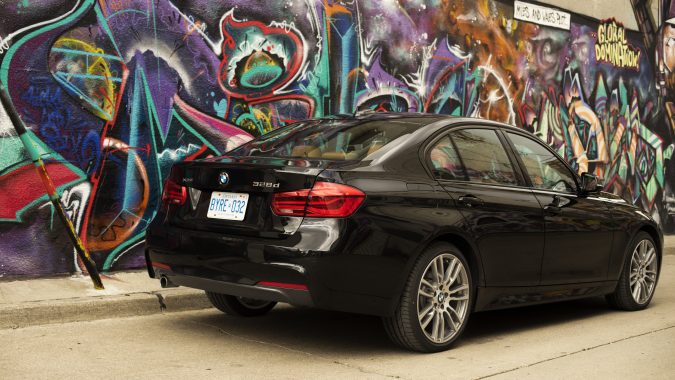 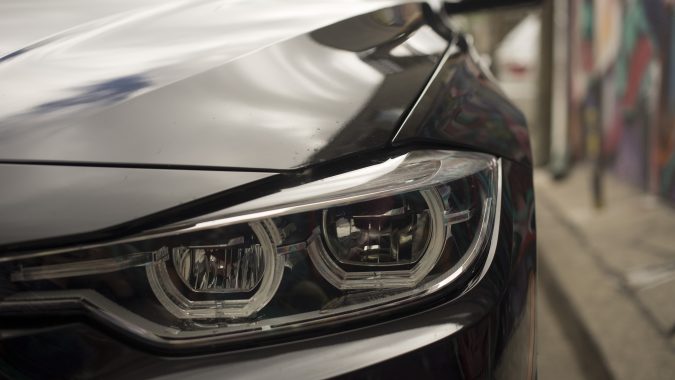 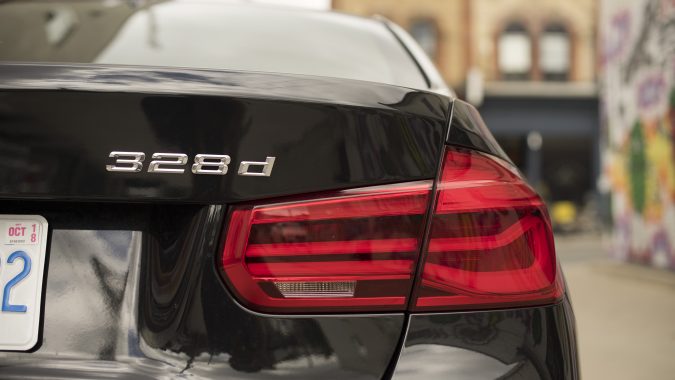 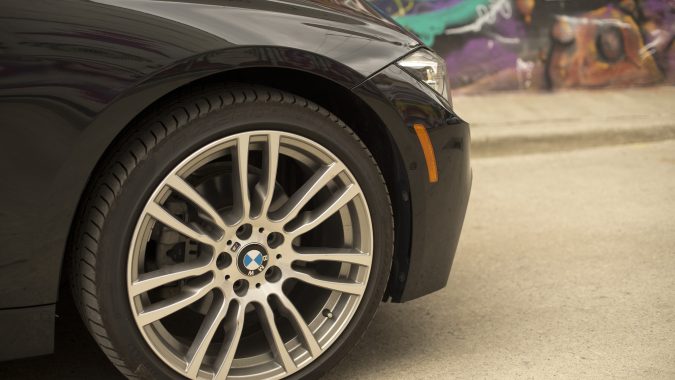 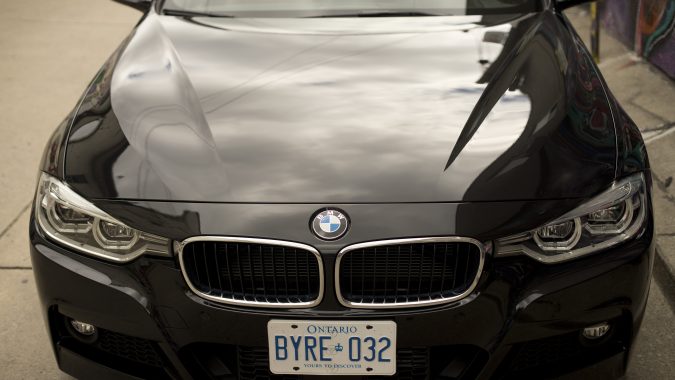 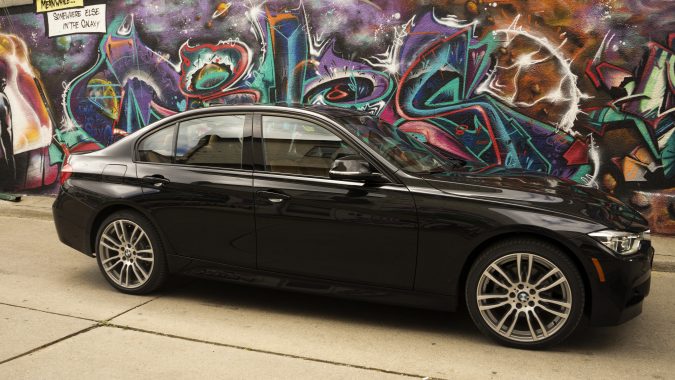 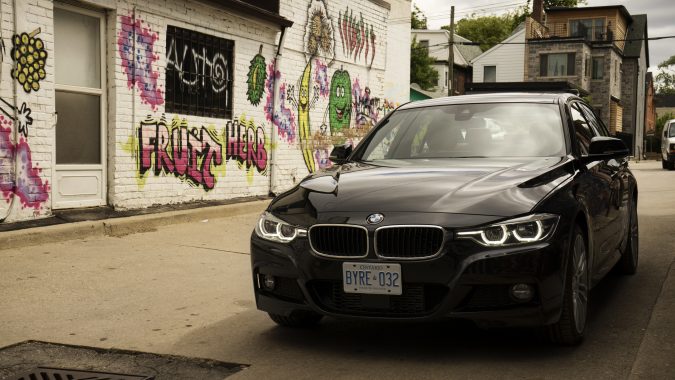 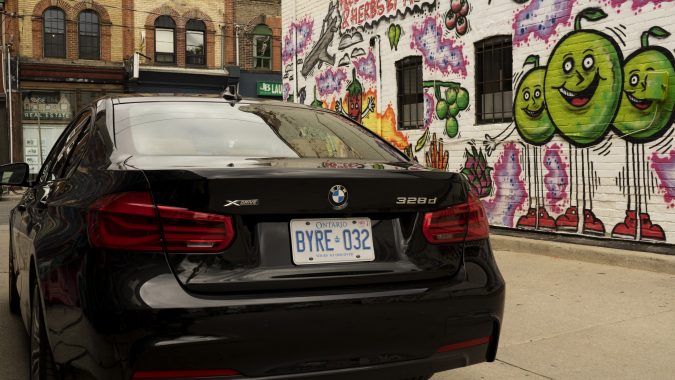 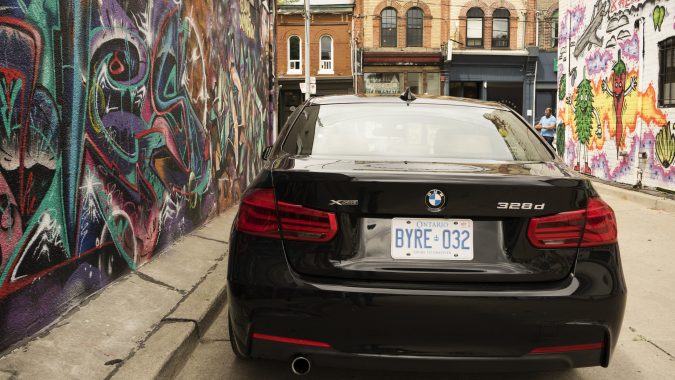 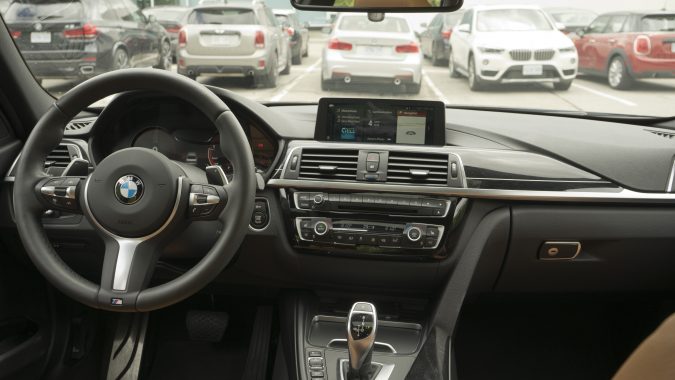 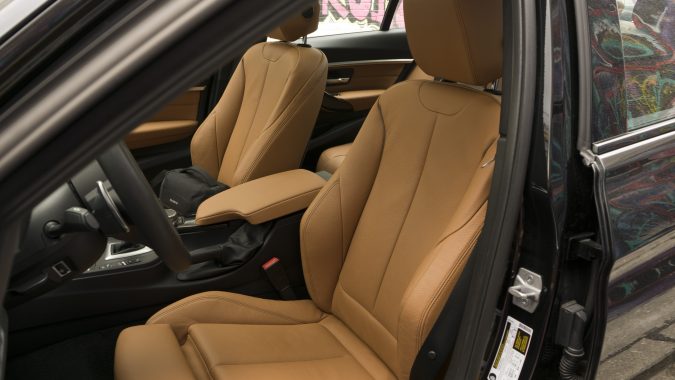 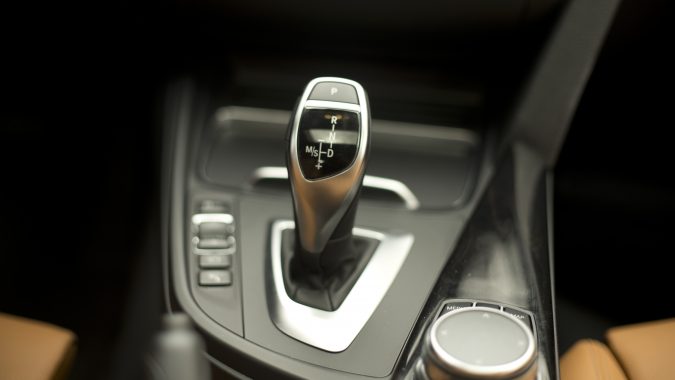 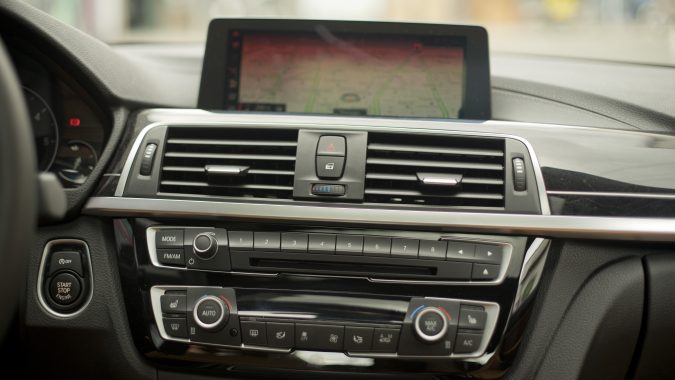 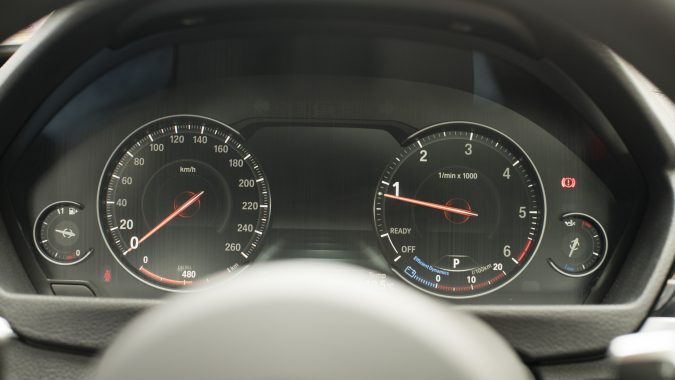 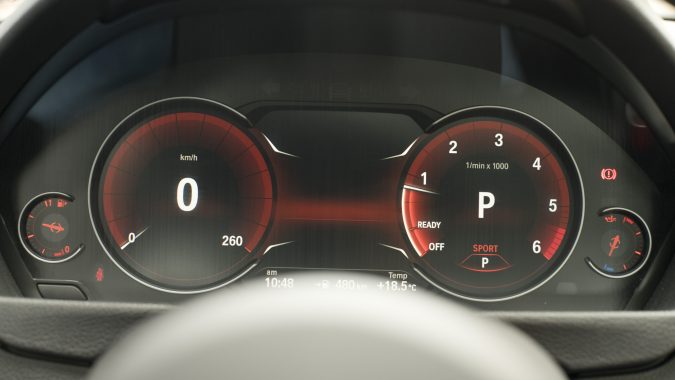 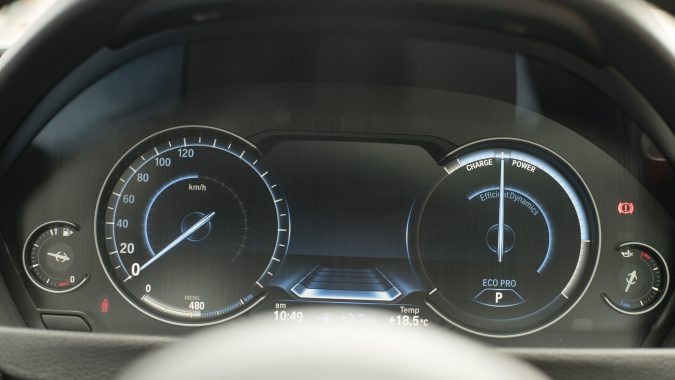 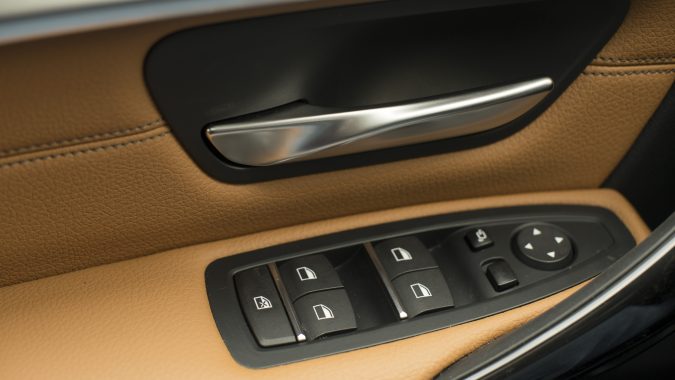