It's hard to beat an old chair for new comfort

It has no power assists, it’s lightweight, and it’s brown, but it’s not the latest automotive dream for the internet. Instead, it’s something built for comfort not speed, meant for you to spend long days relaxing instead of staring at the roadway.

You’ve probably already figured it out, but this isn’t some new Lexus or even a Tesla, instead, it’s the ride I’ve been sitting in for most of the last couple of months. It’s a time-tested, well-worn, trusty recliner, and it’s what I’ve been driving most lately.

It’s been in my home, and the multiple iterations thereof, for nearly 20 years, coming into my life as yet another deal my dad had made. Knowing the right people and being there at the right time to get me a well-lived and well-loved new chair in a dark beige fabric.

It’s an El Ran chair meaning that it was built in Montreal, though I had already guessed it was Canadian by the handful of Robertson screws underneath. While it’s been with me for two decades, it was far from new when it came to stay with me. The proverbial one-owner, retired couple, only sat in it on Sundays, built in September of 1983 according to a stamp on the bottom. 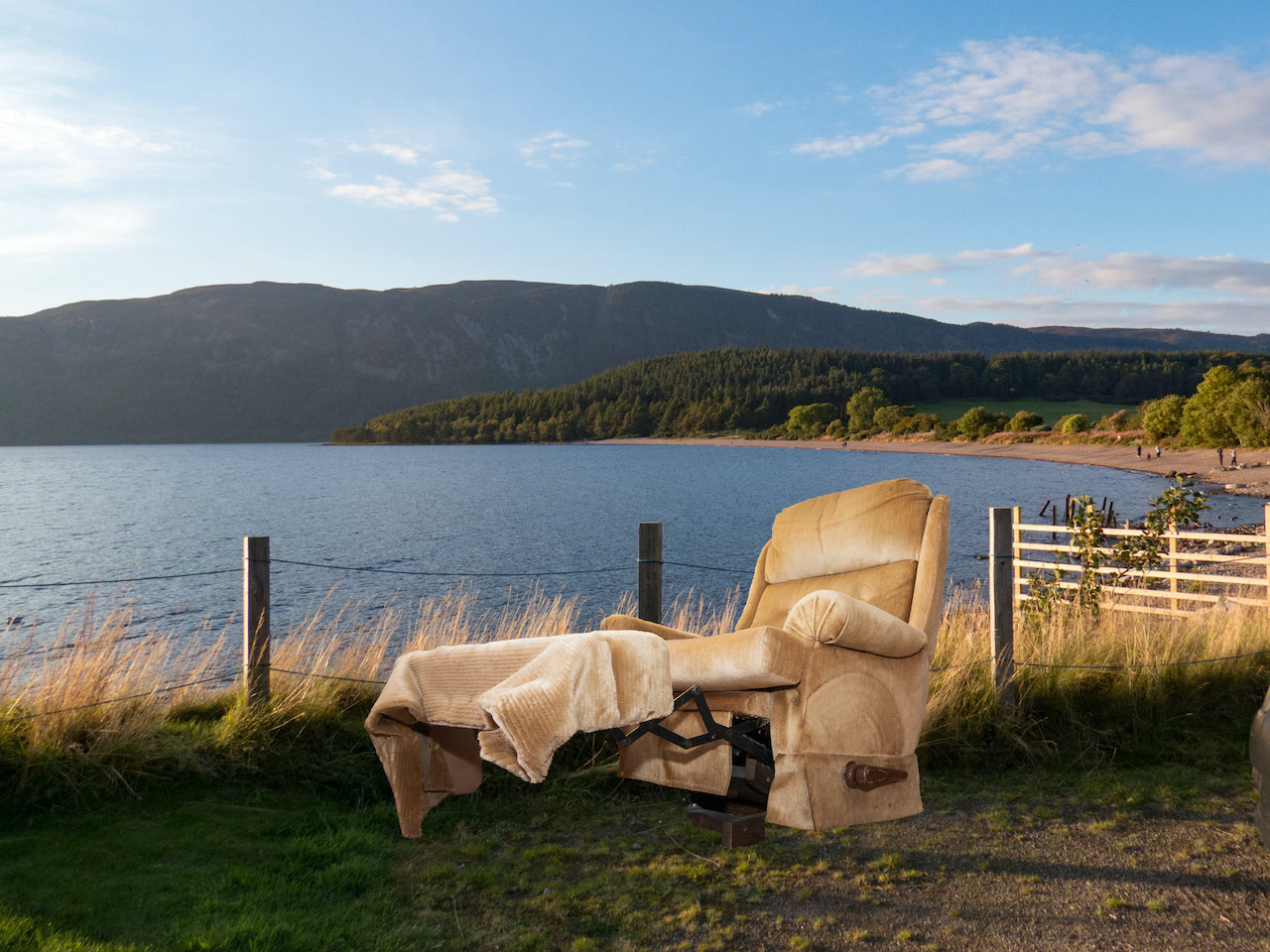 Time has taken a toll on this lounger of comfort, and while my wife did an admirable job of trying to restore the damage, the impact of 12 years of our calico lurk in the form of deep scratches in the wood and behind the almost but not quite fabric match on the footrest. Our dalmatian’s digging for comfort has left scars on the cushion as well, but function is more important than form, and function hasn’t suffered the wrath of time. The springs and foam are all still here to play

Settle down into the chair, and there’s a satisfying creak, like it’s letting you know that maybe you shouldn’t be sitting in it with that big bag of all-dressed Ruffles sandwiched between hip and armrest. The bottom cushion is supple yet firm, compressing just enough to provide comfort but not one of those modern chairs that sucks you down into an overstuffed hug that makes you worried you will never get back out again.

Lean back and pull the right-side-mounted recline handle – still made from real wood – and the leg rest comes up to meet your calves. It’s not the smoothest mechanism around, and it comes with quite a bit of noise, but the angle is perfect for the natural angle of my bent knees and my legs.

Reclining it further takes a firmer push using your shoulders and core, raising the leg rest and reclining your back at a matching rate, but again it comes with far too much complaining from the vintage coil springs in the mechanism and creaking from the wooden frame. It doesn’t sound like there’s damage happening, but if you needed to make sound effects for your 1980s sitcom, this is where you’d put your mics. 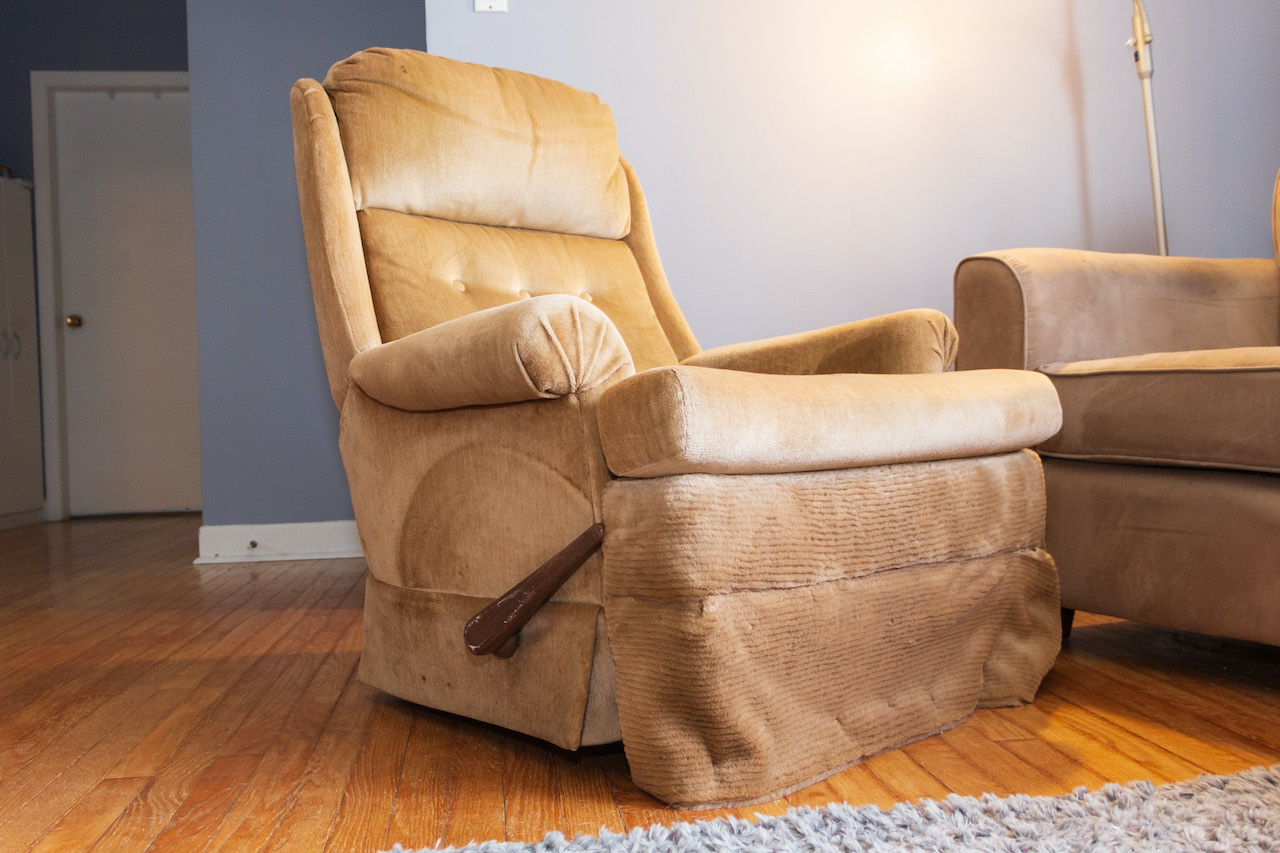 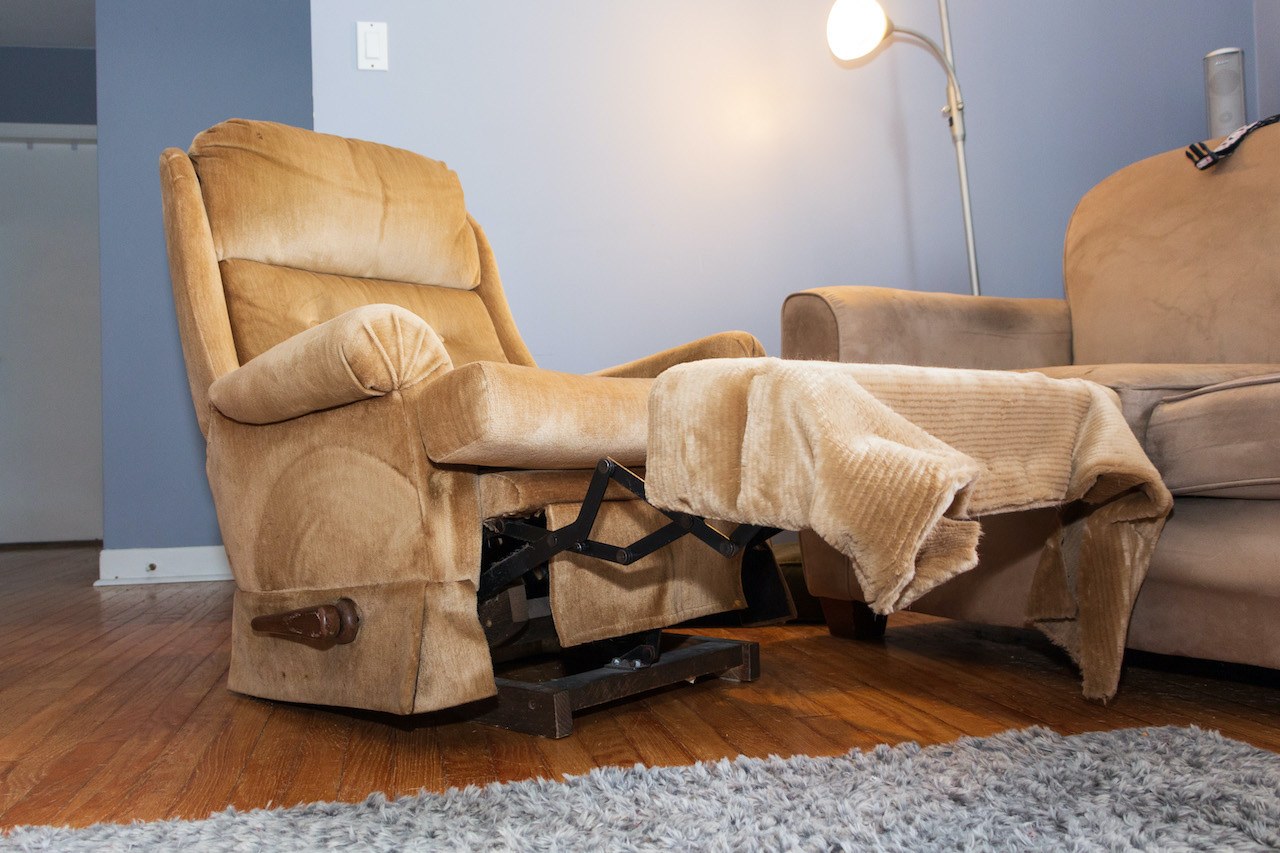 The armrests are firmly padded, cradling my elbow without creating pressure points, but in full recline, those joints move to either a spot further inboard or at the rear edge of the rests, and those spots are both short of padding, making them a less comfortable place to position yourself.

Like the lower cushion, the backrest is firm, but pleasantly so. There are small wings, but you’re not moving around much in here, so you don’t need the bolstering. Again, it makes more noise than I’d accept in something made this century, but it’s shown that those noises don’t affect durability. Just don’t move around so much, I suppose. There’s plenty of lumbar support, and that’s what matters to me, and the aesthetic stays classic with the handful of tufted buttons keeping the look.

Bring the leg rest back down and the recline handle re-engages with a satisfying clunk that locks it firmly into place. It’s a delightfully old-fashioned sound, though it’s not one I enjoy since it’s usually followed by having to get up. Usually to cook supper, or take the dog out on a blustery winter evening. Watch your fingers, though, because it pinches in close to the body of the chair. In this position, the chair will rock fore and aft, as designed, though no recliner can match the purpose-built precision of a proper handmade rocking chair.

While this classic has served many a bottom with pride, its time may be coming to an end in this household, and these days that could well mean it ends up in the landfill. Alas, it’s too narrow – or we’re too wide – for myself and my pupper to share the seat at the same time. Instead, forcing her to sit awkwardly and uncomfortably over, around, and through my lap. 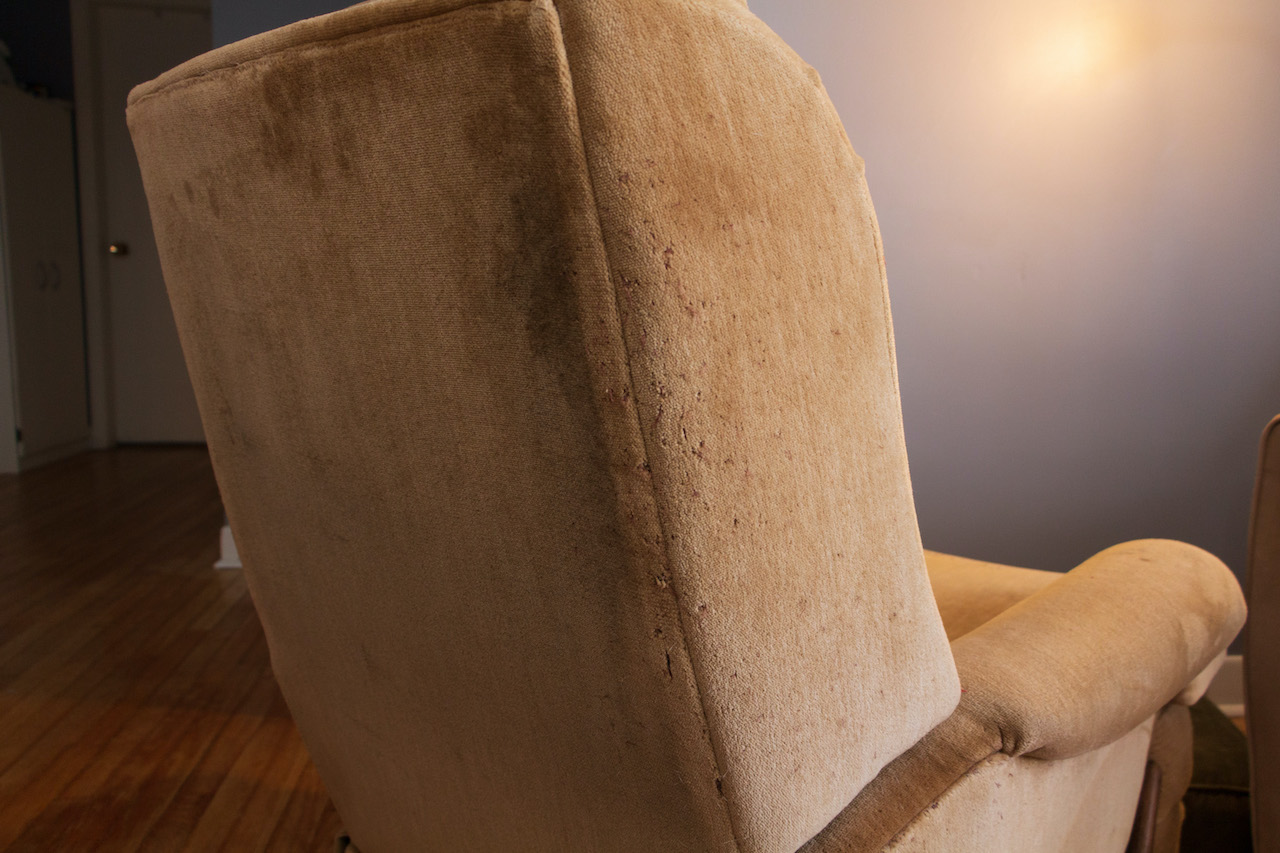 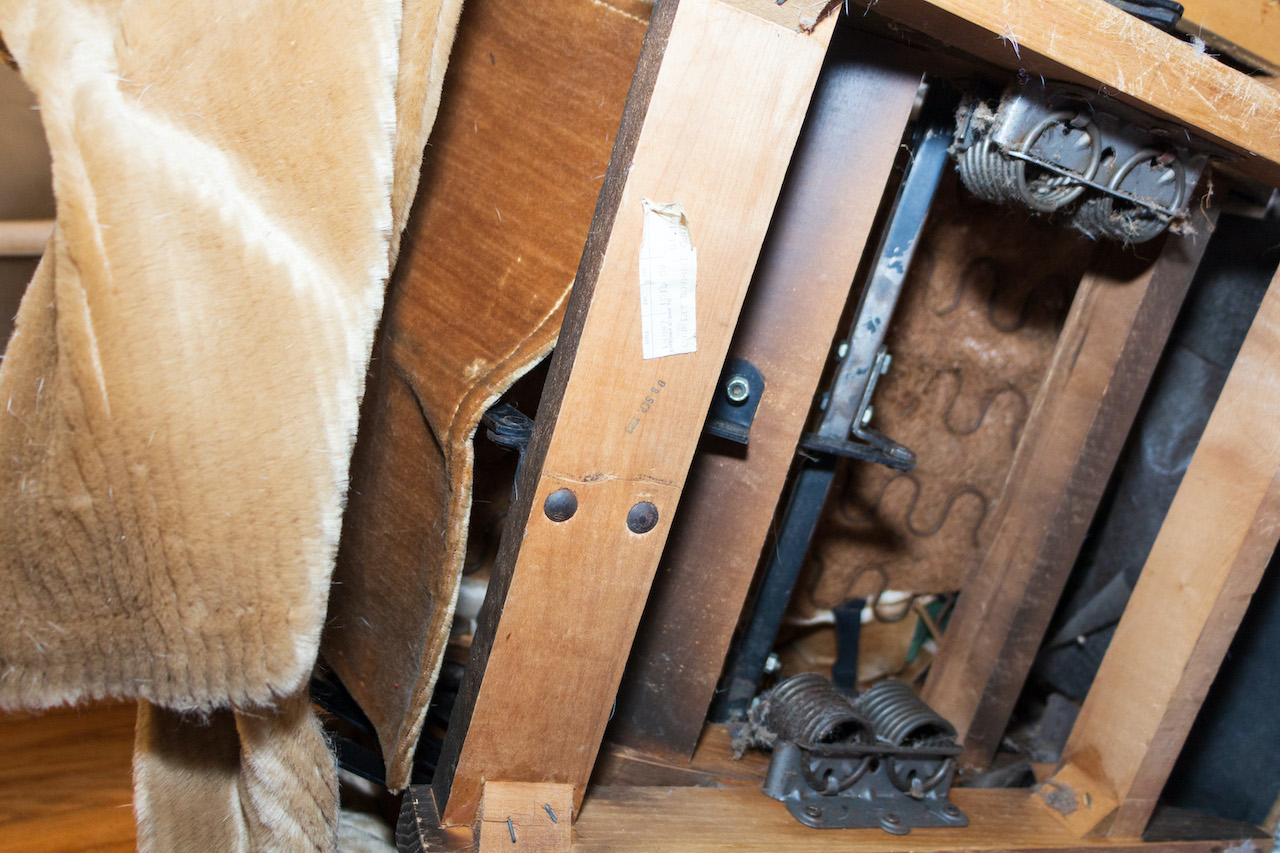 Still, this unassuming piece of furniture has been home to hundreds of memories, and the site where tens of thousands of words were put to digital paper. Or read from digital paper. Which means that parting would be a shame, as there’s still plenty of comfort left to be had.

The high noise level makes it a chair for 8 pm, not 3 am, and it doesn’t have modern features like the ability to put it against the wall, a fingertip mechanism, or any of those other gadgets that make the humble recliner far more complicated than it needs to be. It’s cosy, it’s warm, and it smells like home. And that’s everything I want from it. 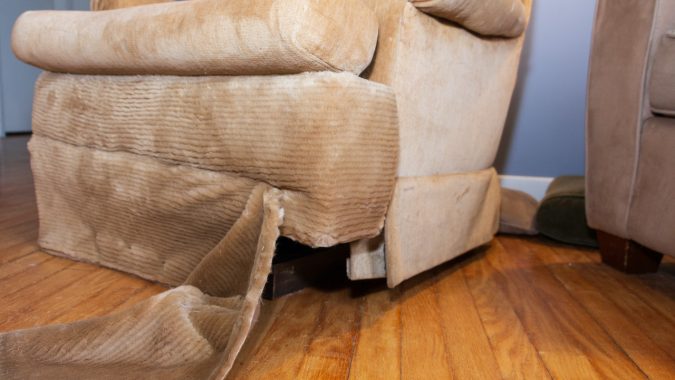 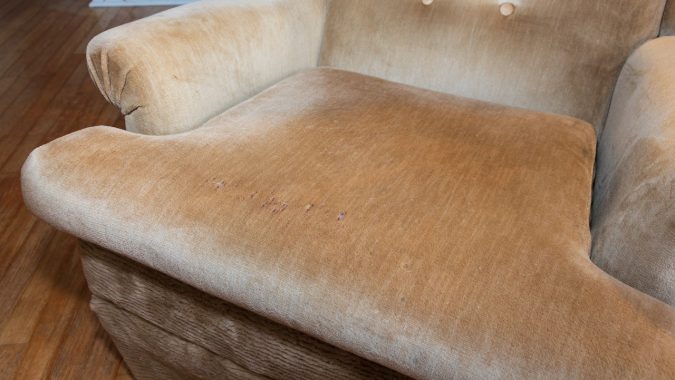 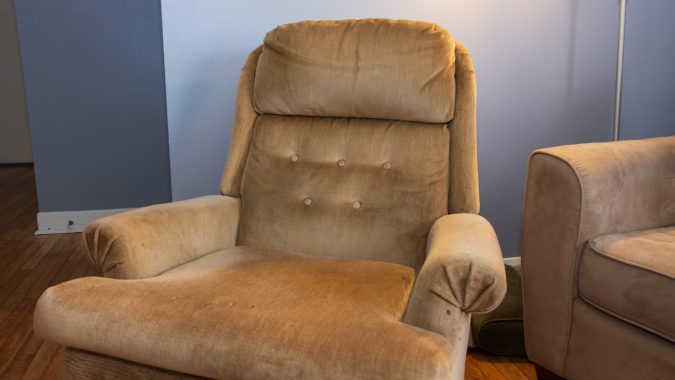 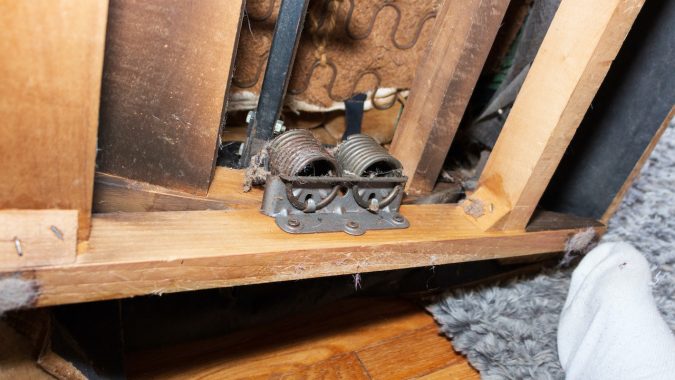