XP stands for - you guessed it - Xtreme Performance

“Head up that dirt road by the tracks, then bear right at the fork. Drive a few minutes in the trail and you’ll spot a cool-looking ravine. Have fun but be careful. Those last couple of miles are tough”.

Sounds good, right? Nova Scotia is wealthy with deep and rich geography features, its landscape dotted with gullies and gulches like the cratered face of a pimply teenager. What it lacks in mountains (mainland Nova Scotia’s highest lump is just over 360m compared to Mount Logan in the Yukon, Canada’s tallest point at nearly 6000m) it more than makes up for in other dramatic topography.

Dramatic is also a worthy adjective with which to describe the new 2020 Polaris RZR XP PRO 4. A primer: RZR is the model, with PRO denoting this machine’s rethought suspension and chassis. XP stands for – you guessed it – Xtreme Performance, a character trait this rig has in spades. The digit 4 tells us it’s a 4-seater. Marketing apparently had their Caps Lock button stuck firmly in the ‘on’ position when they named this beast.

It’s just as well Polaris used all caps in the RZR’s title, as a stab of its throttle drew capital letter hollers of excitement and smothered invocations from passengers. Grab handles abound, with the rear units are moulded into the roll-over protection system while the front seat rider gets a beautifully knurled handlebar that can be adjusted for reach if your co-pilot is shorter of stature. 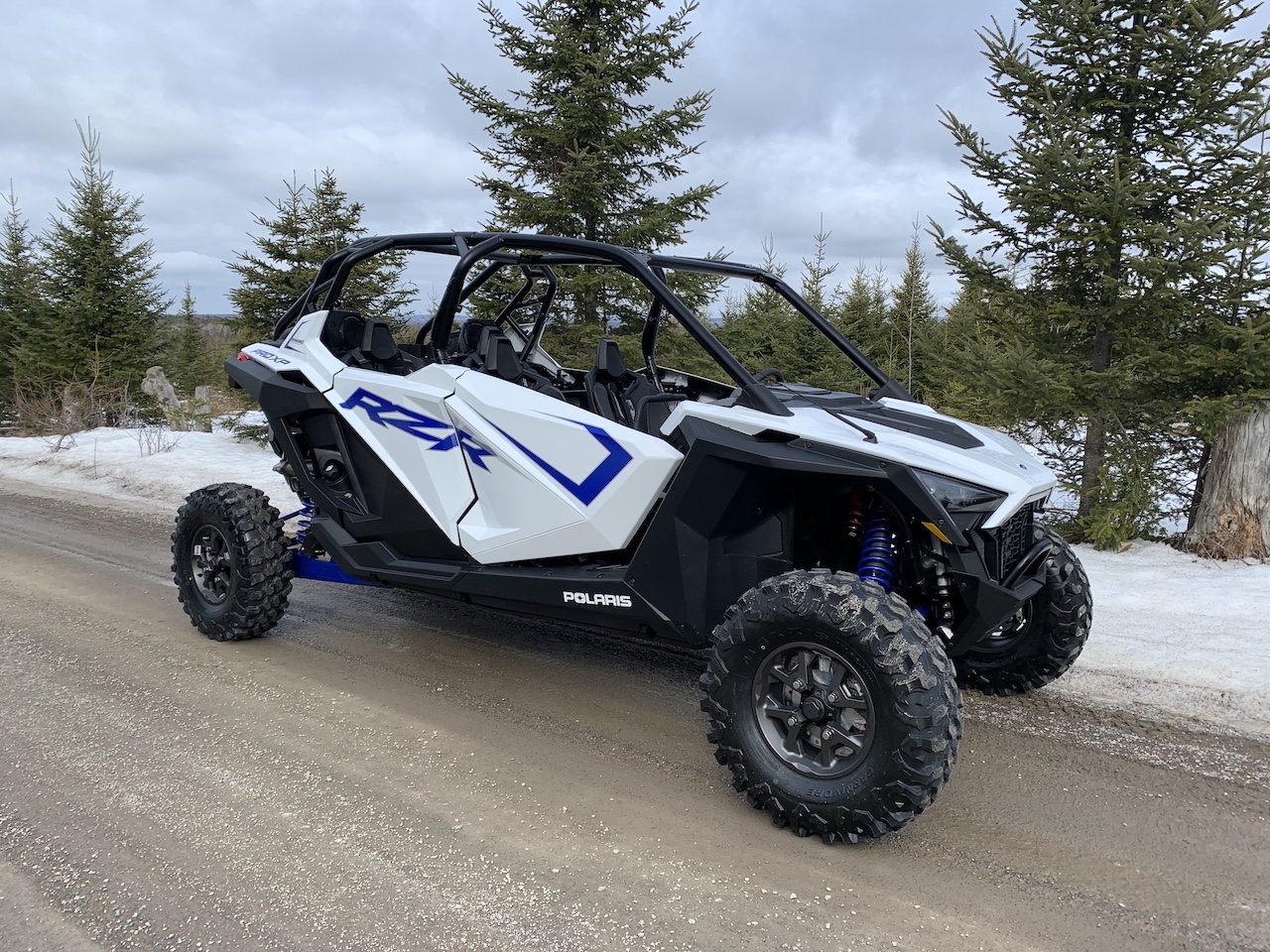 All of them were well used during our test thanks to Polaris’ decision to fit a new turbocharger on its 925cc 4-stroke twin cylinder engine, raising output to 181 frenzied horsepower. If the truck towing the Polaris to our trailhead had powerful-but-plodding Clydesdales under its hood, the RZR is equipped with high-strung Thoroughbreds that have a nose full of cocaine.

At full whack, every single one of those horses declare their presence near 3000rpm and have worked themselves into a froth by 4000rpm. We can now describe what a stone must feel like when released from the neighbourhood imp’s slingshot. Weight just a skiff over 2000lbs, the PRO XP can generate rooster tails for days.

On board this top-of-range Ultimate trim is the brand’s Dynamix suspension system. Utilizing Fox 2.5 Live Valve shocks that would look at home installed on a rig headed for the Baja 1000 or King of the Hammers, drivers can choose between three suspension settings: Comfort, Sport, or Firm. Comfort permits the PRO XP to gobble high-speed bumps and whoops with the level of élan your author hoovers a meal at Five Guys. Sport and Firm have stiffer legs to smooth out landings after you’ve sent the machine far enough through atmosphere to earn Air Miles. Arched suspension bits contribute to a whopping 14.5 inches of ground clearance and nearly two feet of usable wheel travel. For comparison, the mighty F-150 Raptor tiptoes 11.5 inches over terra firma and has about half the flex.

An angry red button bearing the letter ‘X’ is on the RZR’s right steering wheel spoke, standing out like a bishop at a brewery. No matter the Dynamix setting, punching this button – and you had better punch it, as this is not a machine in which to ‘touch’ or ‘press’ buttons – instantly sends the system to full firm. This is helpful to prevent bottoming out when a series of bumps appear seemingly out of nowhere. 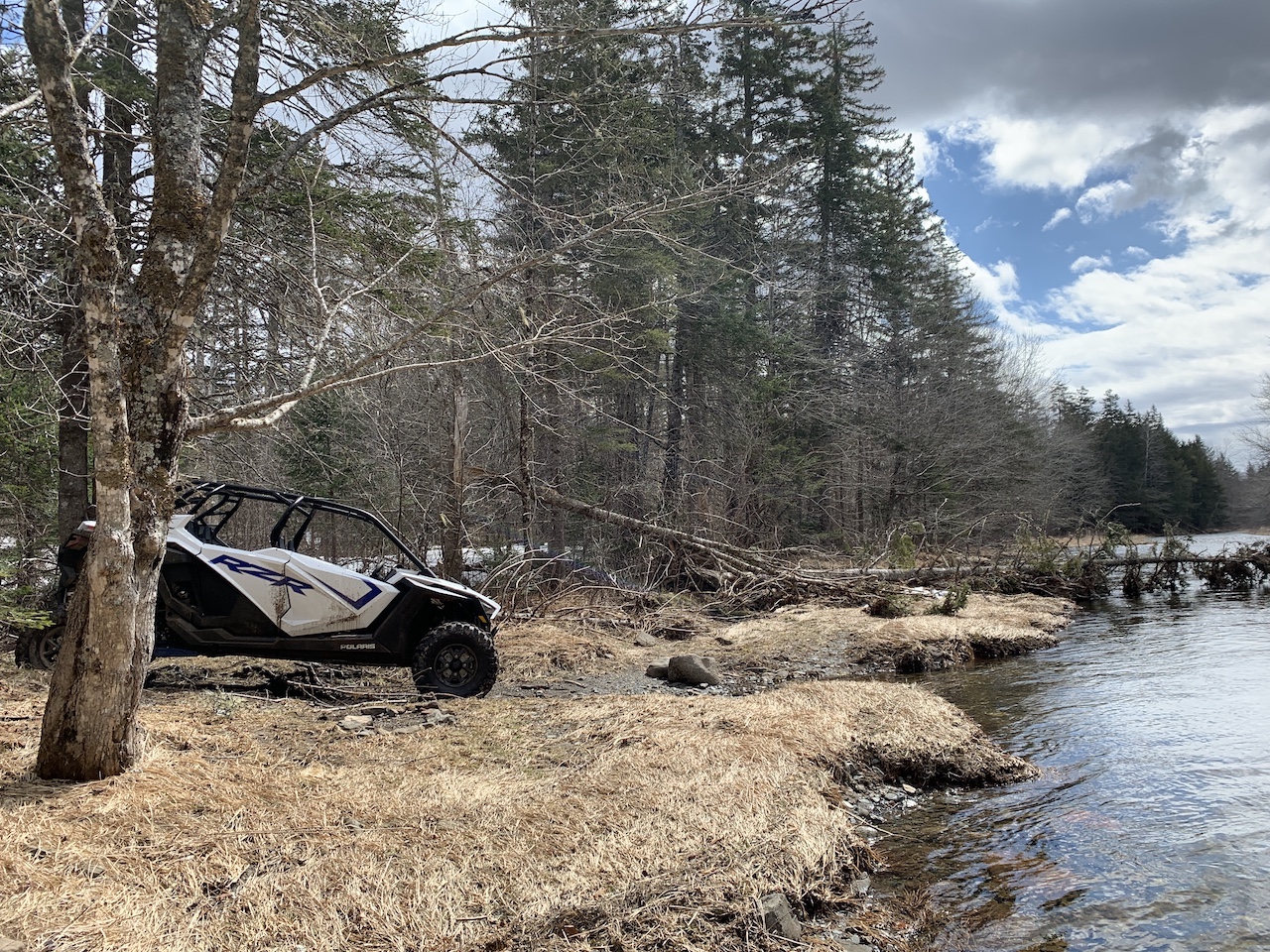 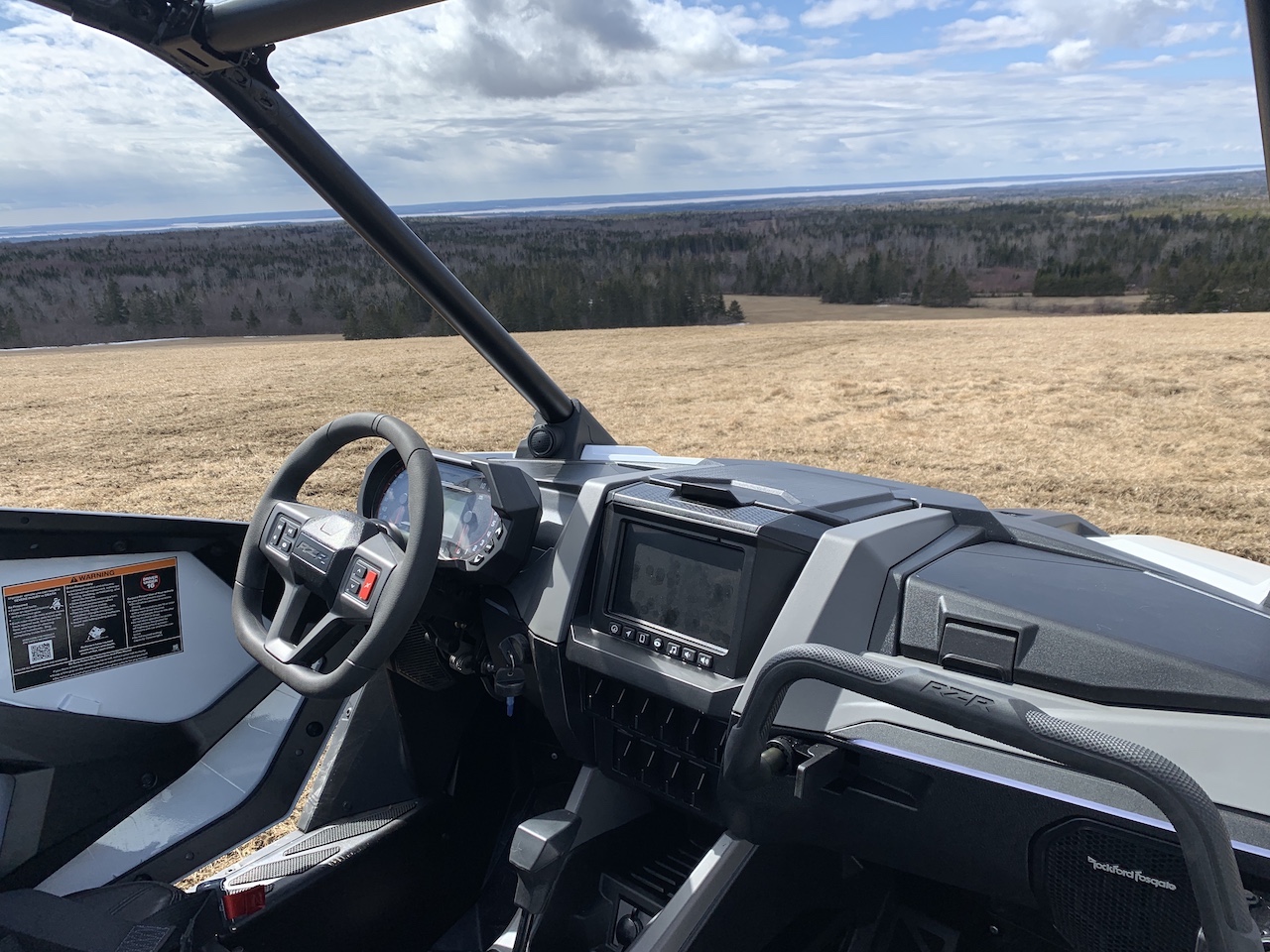 Spanning 64-inches in width, about ten inches less than a Jeep Wrangler, the chassis of the Pro XP 4 wears a 125-inch wheelbase. If that sounds like a lot, you’re right: it’s half a foot longer than the aforementioned Jeep and the longest of any RZR ever created. This might concern the off-road gearheads who want to pivot the thing through a tight and twisty trail but Polaris has other machines better suited for that task. The extra length delivers more storage and provides extra stability through high-speed whoops.

The interiors of side-by-side machines have been on a steady march towards car-like features for years, with this PRO XP getting the closest yet. Ahead of the driver is a set of gauges that move with the tilt/telescope wheel and a touchscreen infotainment system sits atop the centre stack. Polaris calls it Ride Command; everyone else will simply call it bloody cool. The screen is able to call up a variety of GPS-sourced maps, digital readouts of speed and other vitals, or real-time assessments of how hard the suspension is working. Naturally, you can pair the works of it to your smartphone.

Storage abounds, including a pair of commodious gloveboxes that rise from the dash top like DeLorean doors. Putting the exclamation point on just how feature-laden these things have become, one of them even has a USB outlet through which a device can be charged. Seats are all-day comfortable, holding you tightly in all the right places like a naughty co-ed. Those racy Click 6 seatbelt harness are easy to use and look the business. 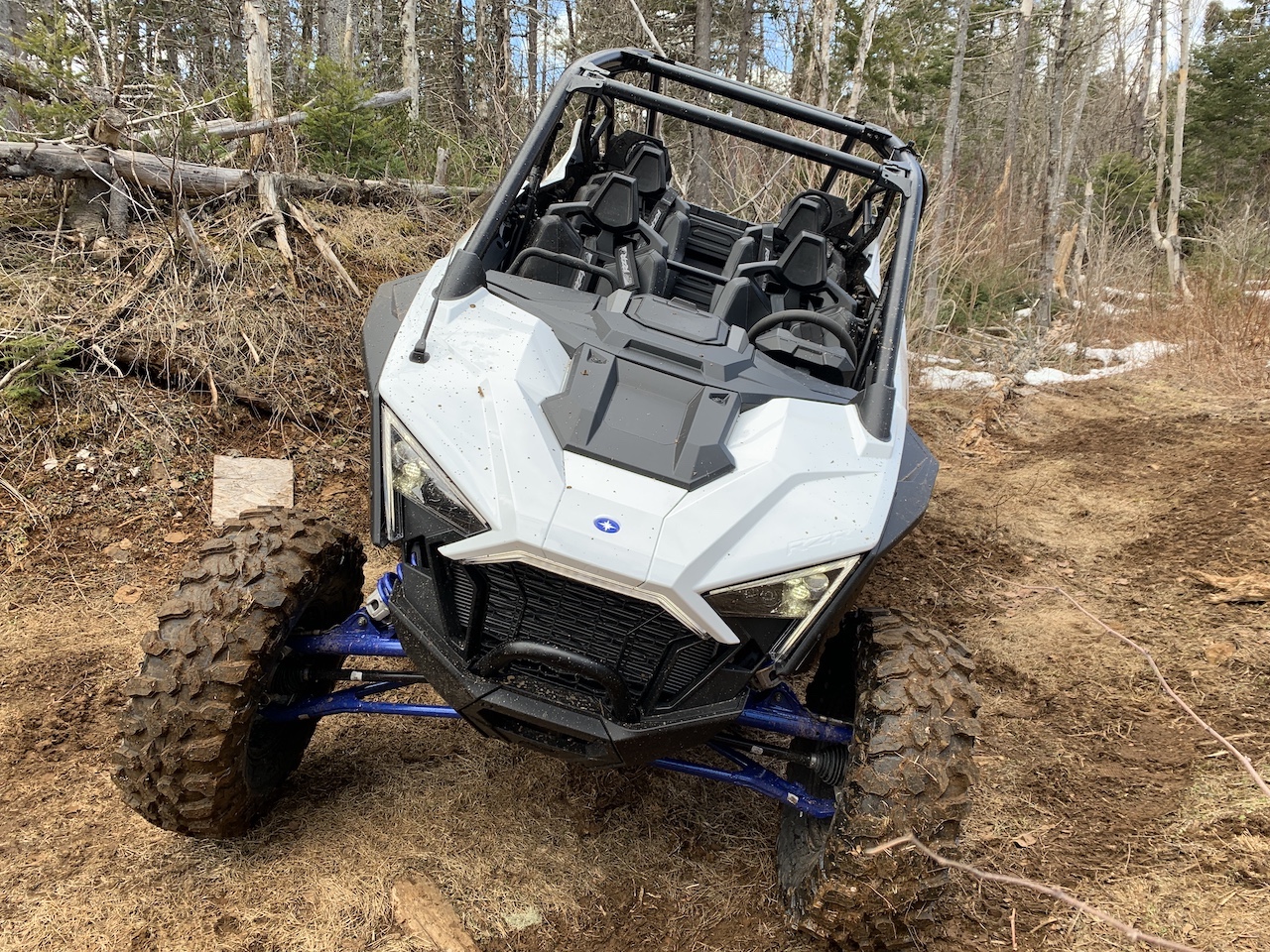 Complaints? The PRO XP is generally well screwed together but a few trim pieces shook themselves loose over time including a shifter knob that took repeated flying death leaps. Also, its Canadian sticker price of $39,799 may require smelling salts. That’s a ton of scratch for a toy, even if it is clear where the money went when one considers the Baja-grade suspension and high-tech Ride Command system.

But those concerns seem pretty far away when you’re goosing the 181 horsepower and flexing the Fox Live Valve suspension in search of a hidden ravine. Turns out, in a PRO XP, those last couple of miles aren’t that tough after all. 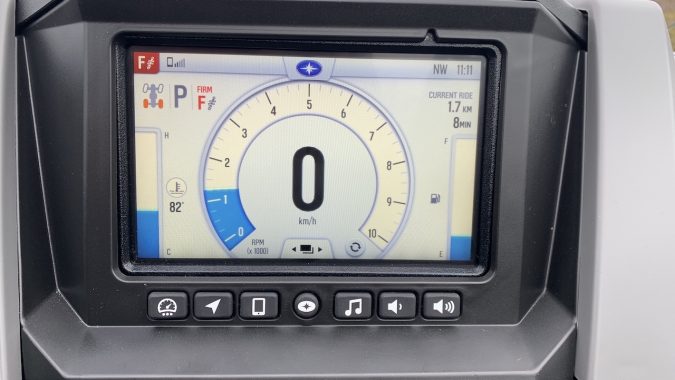 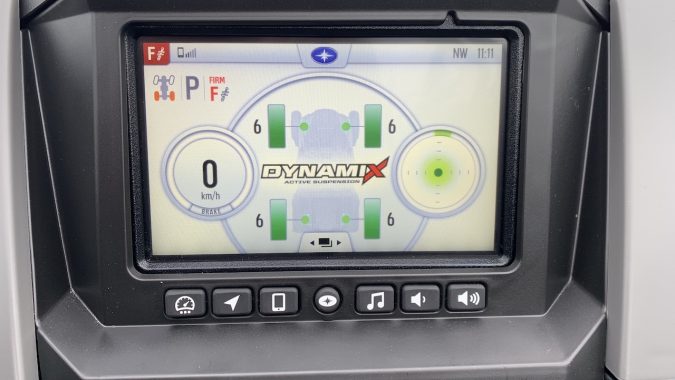 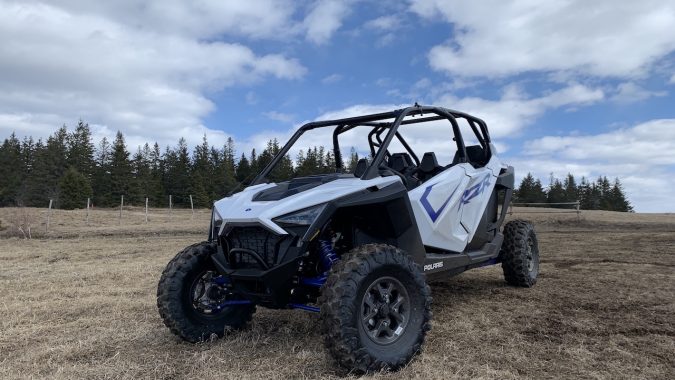 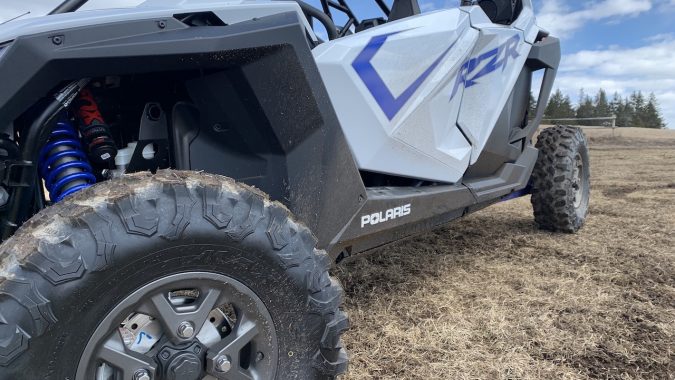 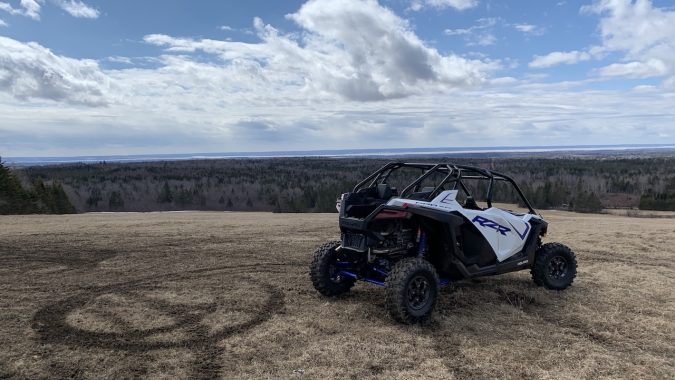 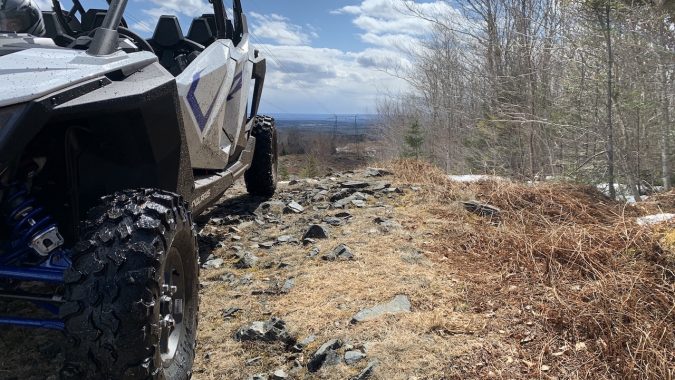 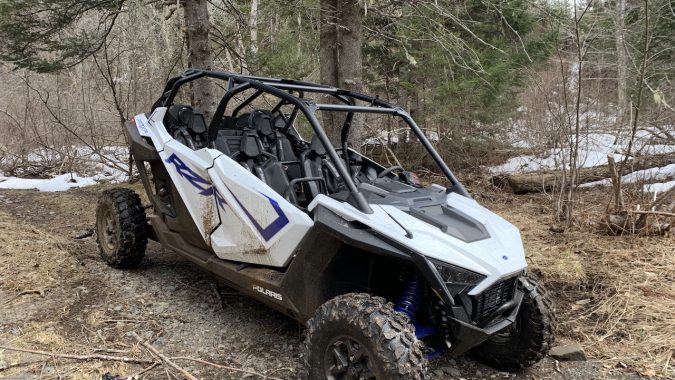 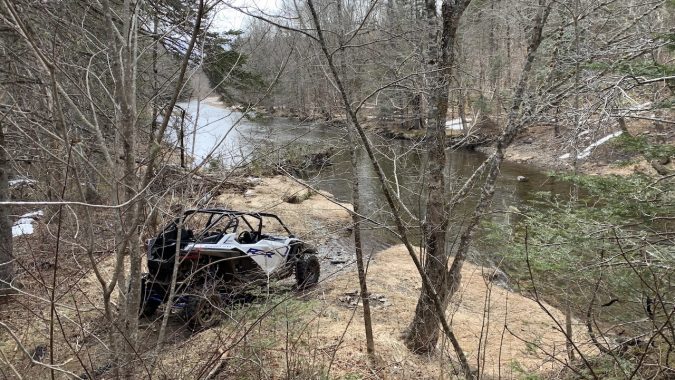 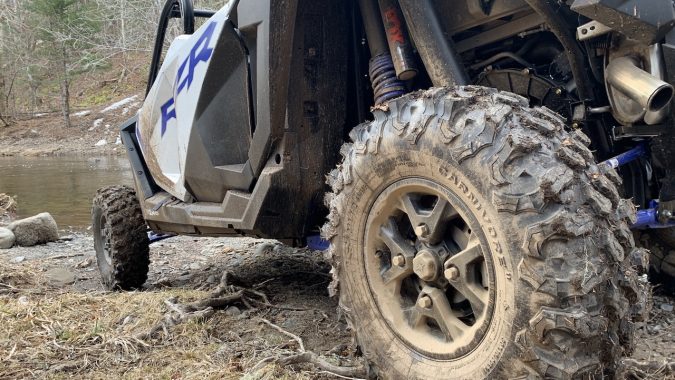 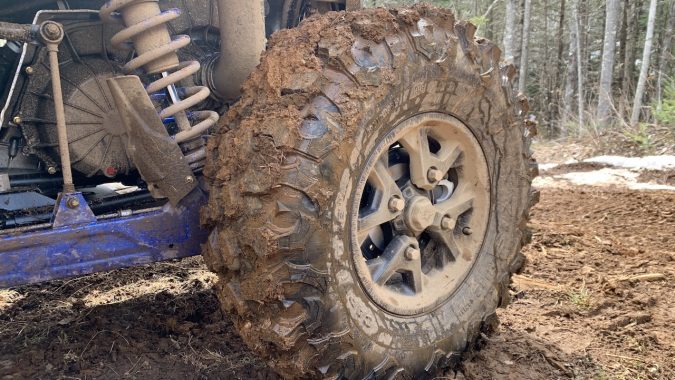 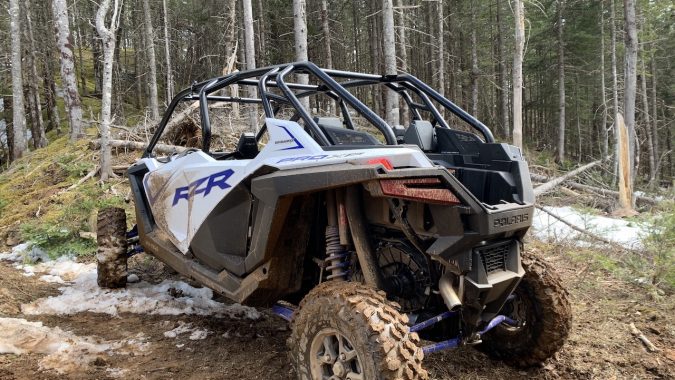