Now with the introduction of the new diesel engine it pushes the Sport TD6 into the unchartered territory for Range Rover – fuel-efficient driving.

Since its introduction in 1970 Range Rover has been the sport utility to beat, not only in off-road capability, but also in setting the standard of luxury, prestige and pride of ownership.

Its only real downfall was fuel economy.

Not only did you have to be affluent to own one, but also with their big V8 gas guzzling engines, you had to be even more affluent to be able to run them on a daily basis.

Now with the introduction of the new diesel engine it pushes the Sport TD6 into the unchartered territory for Range Rover – fuel-efficient driving.

The 2017 Range Rover Sport HSE TD6 certainly is as luxurious as you would expect from any truck wearing the Range Rover badge. 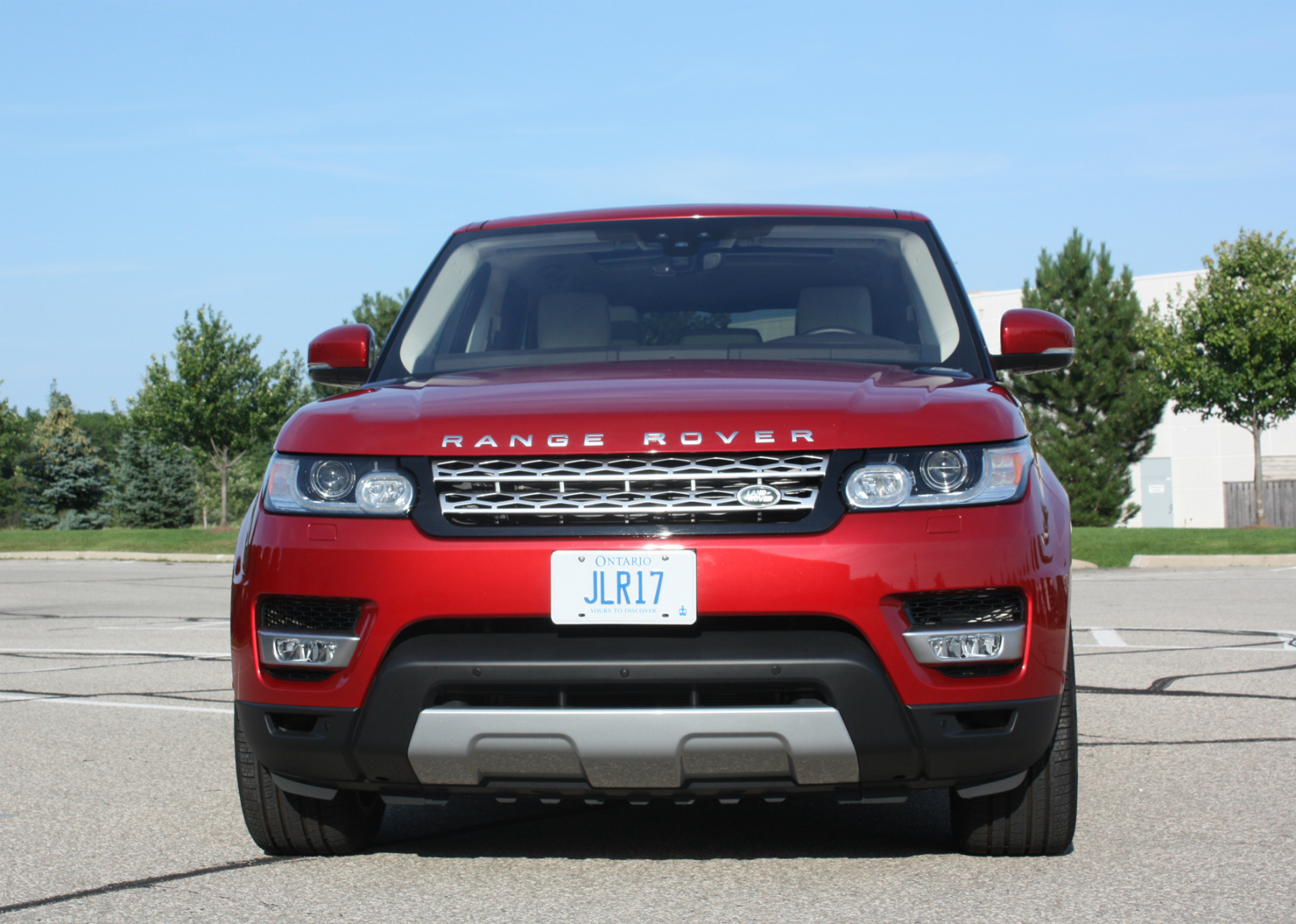 Externally, there isn’t any difference from the gasoline-powered version; it’s what’s under the hood that makes the big difference – a new 3.0-litre V6 turbodiesel that pushes out 254 hp with a very impressive 440 lb/ft of torque available at just 1,750 rpm.

Power is laid down through an eight speed automatic transmission and a full time four-wheel drive system.

Internally everything is as you would expect from Range Rover. The choices of leather and finishes are superb; the dash is simplistic and uncluttered with the digital dials easily read.

I find that Range Rover has one of the most pleasing sitting positions of any SUV. You sit nice and high and normally all round visibility is great. 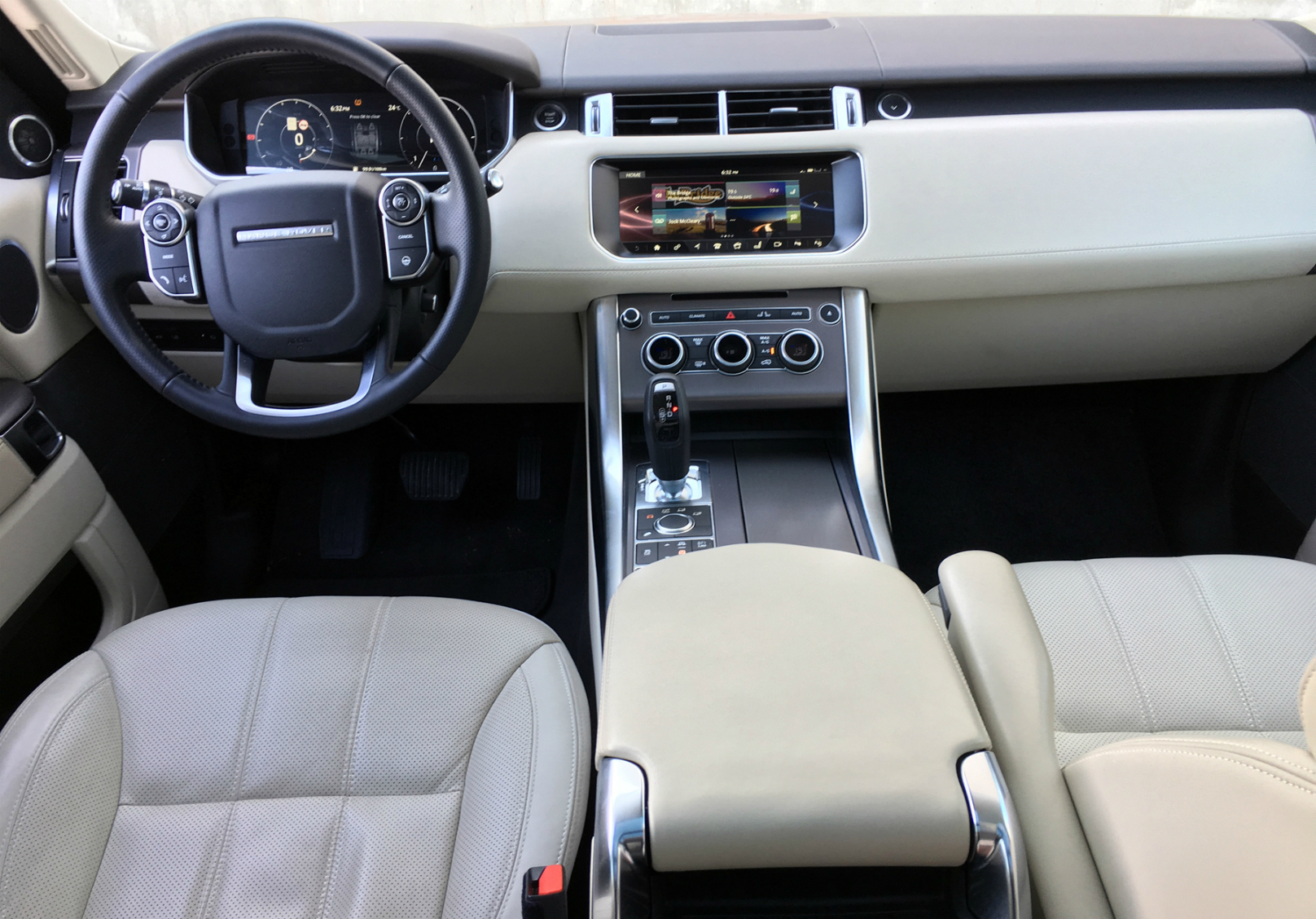 Looking through the rear view mirror in this model is a bit more difficult because of the second row headrests, but with proper wing mirror placement blind spots are easily eliminated.

The front seats come with adjustable armrests that seem to add that little bit extra support and comfort when seated.

The light ivory leather and huge panoramic moon roof adds to the airy and bright feeling in the cabin.

The centrally mounted 10-inch infotainment touch-screen dominates the long dash and acts as a hub for radio, phone and navigation with the climate controls situated just below.

The second row seating is just as plush as the drivers and passenger seats. There is plenty of leg and headroom with a centrally located climate control.

The third row while still very nicely liveried in the same leather as the rest of the cabin it is a bit tight and would be better suited to young adults and kids rather than a full grown adult. 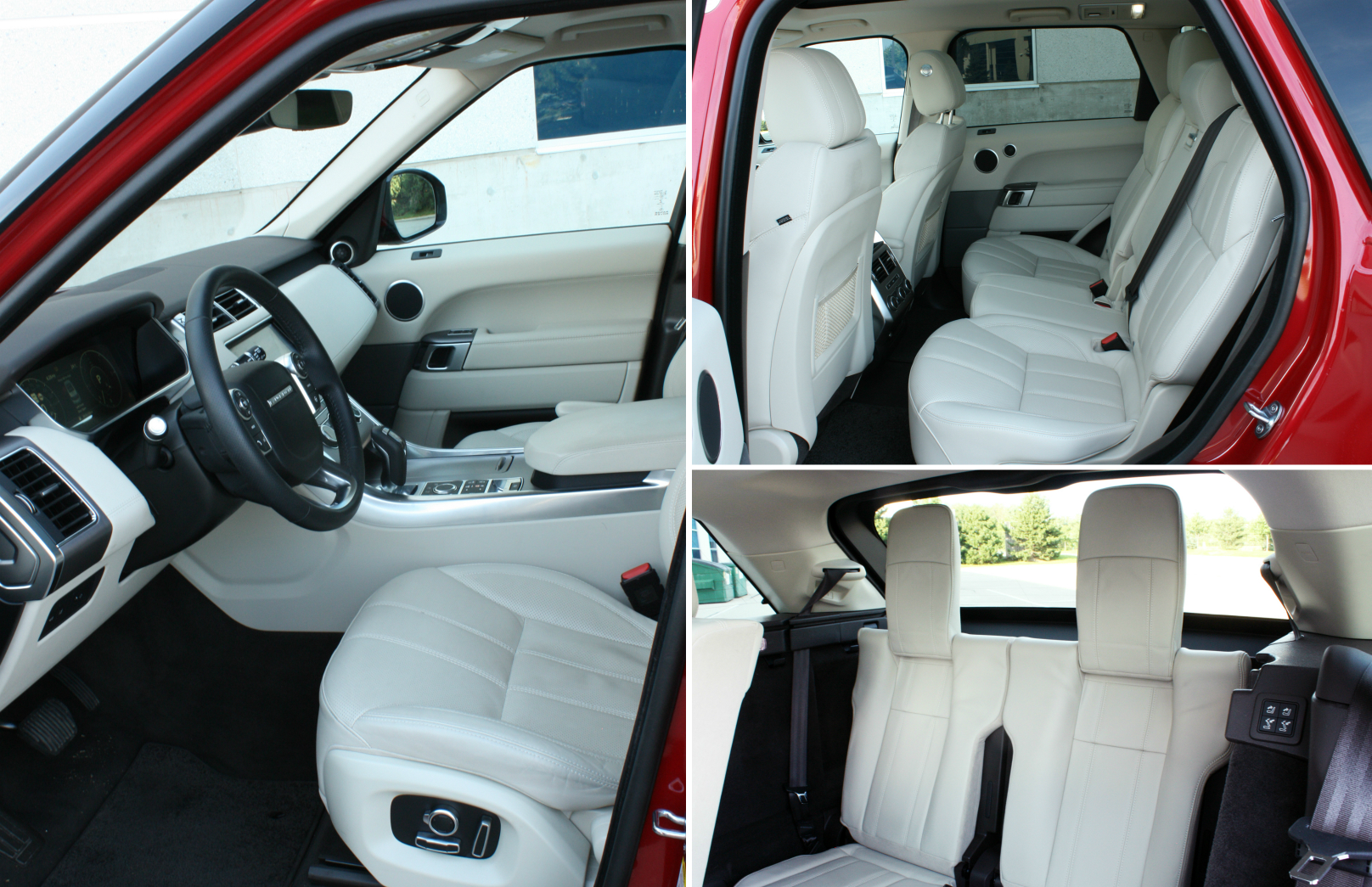 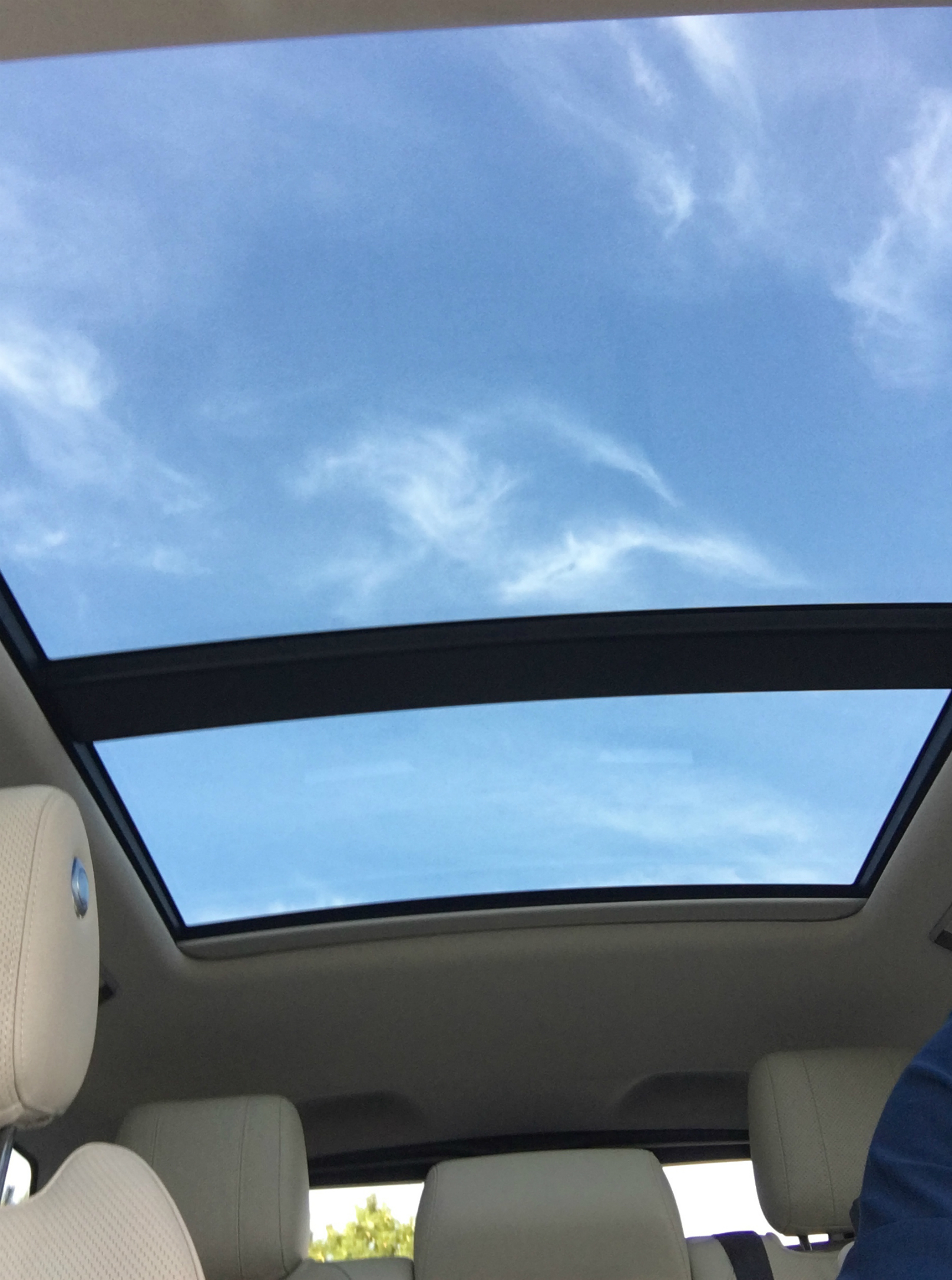 Turning the engine over was a great surprise.

There was no noticeable clanking and thumping, as you would normally expect from a diesel engine. In fact it, from the driving seat, was really hard to distinguish the difference from a regular gas engine.

When pulling away the TD6 is full of beans, for a heavy truck with 240 hp it was surprisingly nimble, the low torque availability certainly makes up for the meagre horsepower. Not until you really stomp on the pedal can you hear any semblance of a diesel grunt. 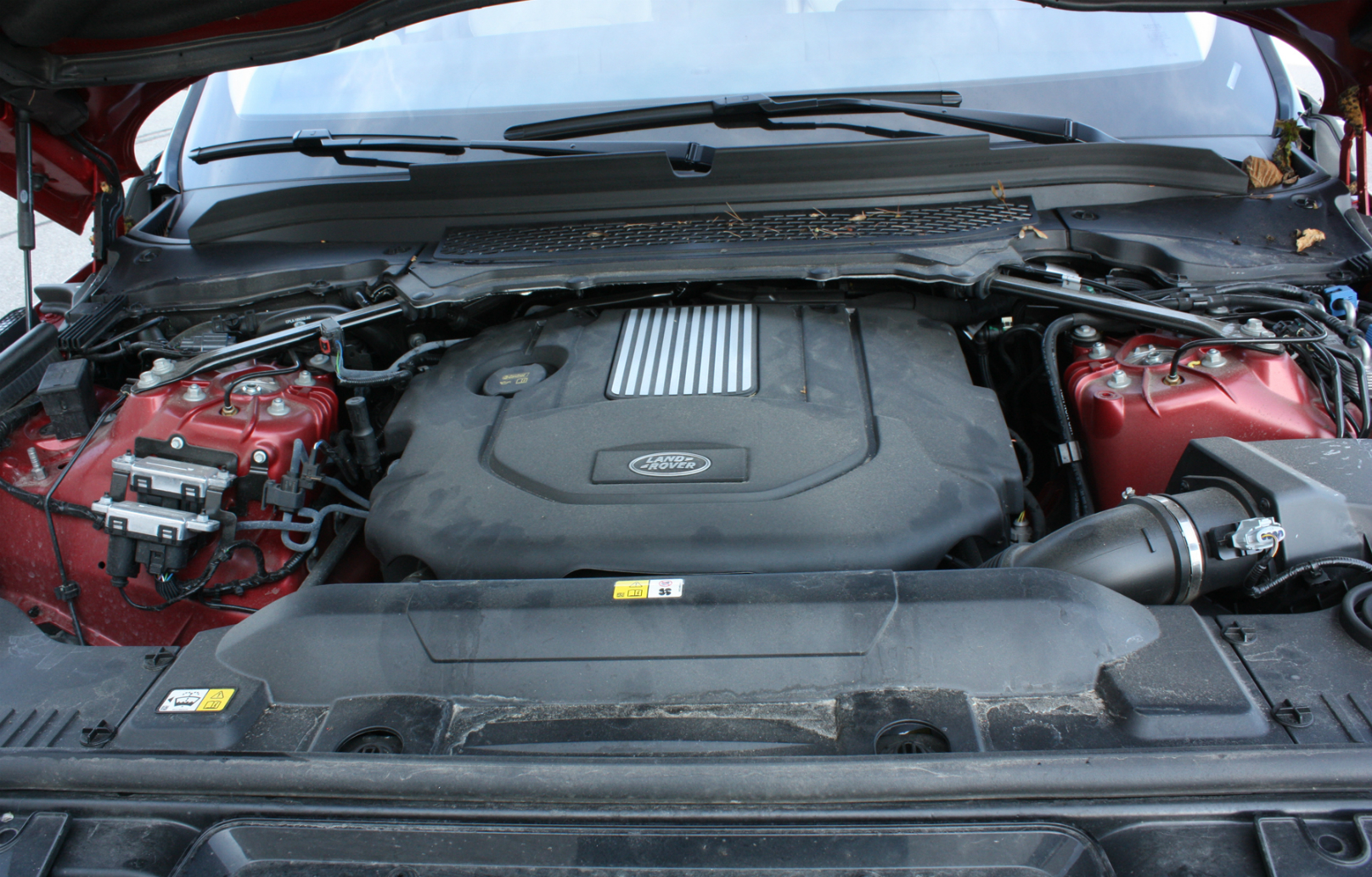 The power is smooth as the transmission flawlessly switches gears and for a heavy beast it was up to highway speeds in way quicker than I anticipated.

The air suspension hunkers down making a comfortable ride more stable especially going into corners, where it stays flat and rigid even when pushing it harder than it should be. There is no intrusive road or wind noise, which makes for a pleasant long distance drive.

In town, it handles the usual potholes in its stride and the anxiety of tight parking spots is eliminated with the optional Park Assist ($950). 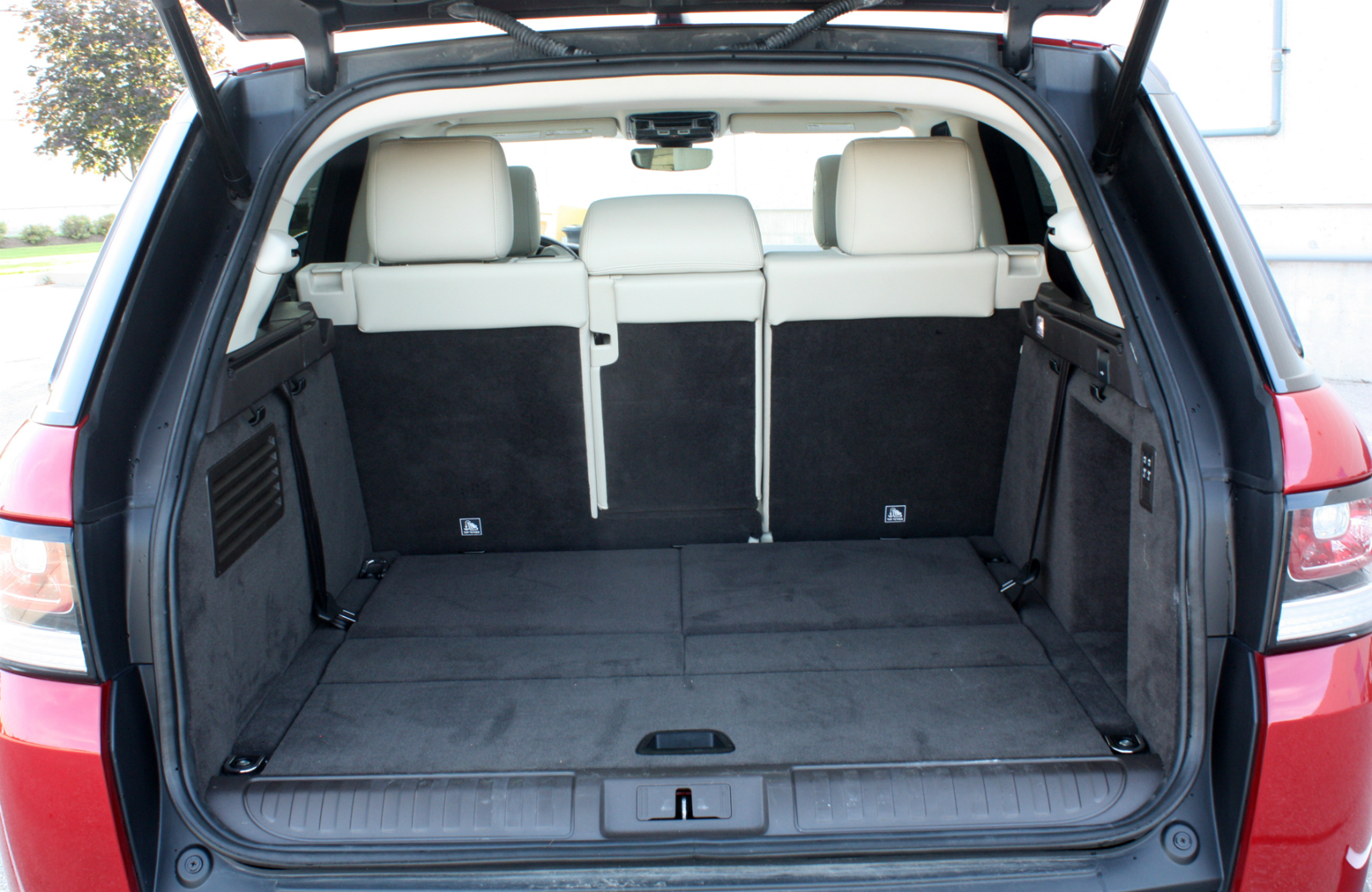 Tight turns are easy manoeuvred especially with the addition of the optional surround cameras as part of the Vision and Convenience Package ($2,000). 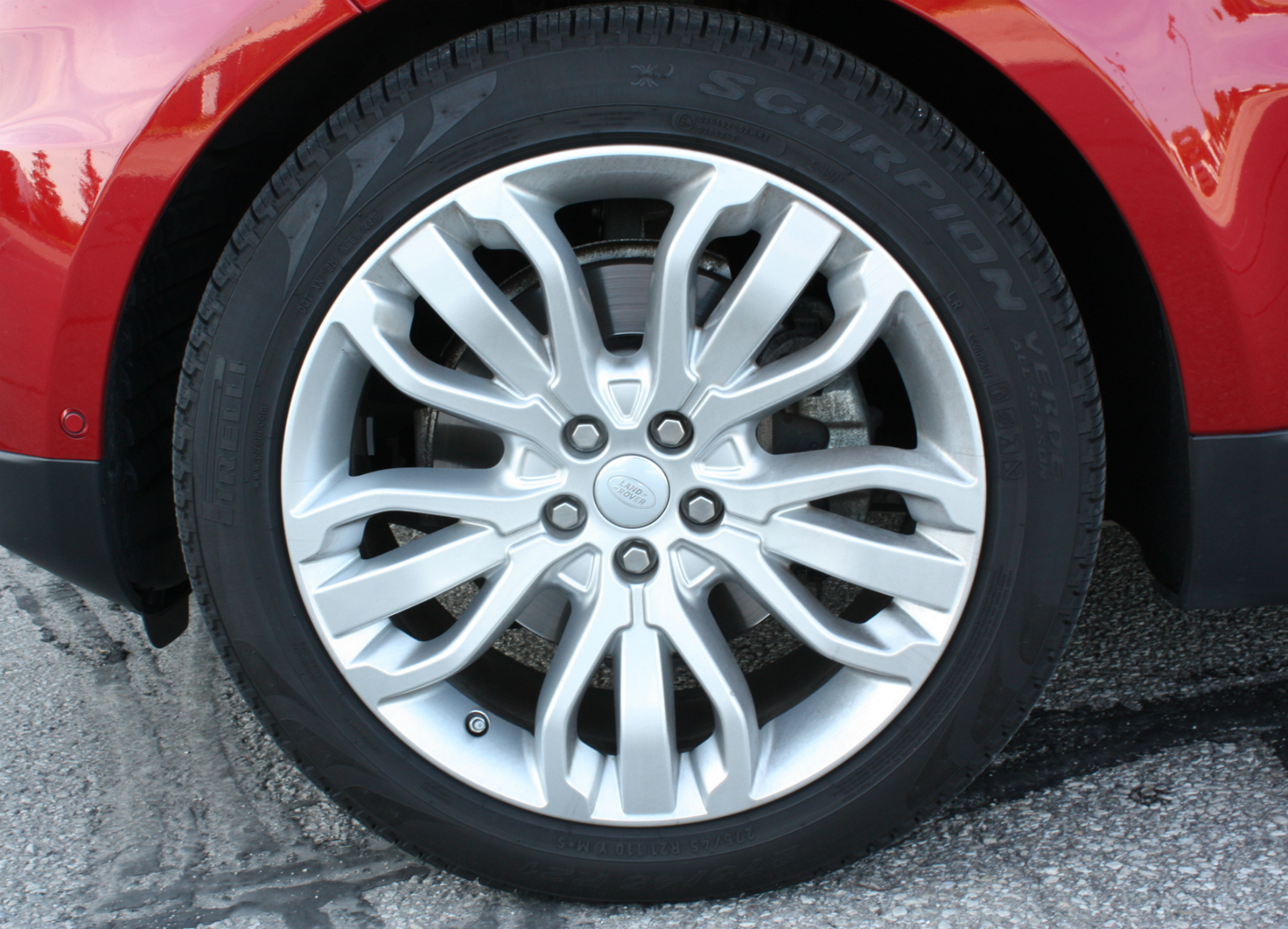 This Sport TD6 as with all other Range Rovers demands respect when on the road, but with the addition of 21-inch Split Spoke Wheels ($1,600) and the Firenza Red paint scheme ($850) made this Range Rover stand out even more. This is a slick, great looking truck and is even better to drive.

I must admit that I do have a soft spot for Range Rovers.

I have owned one in the past, but now with the introduction of the diesel engine, make me want to go back to owning one that I could afford to drive daily.

Unfortunately, now that they have made the daily driving affordable, the Sport is just out of reach for me at the moment… but there is always the dream of winning the lottery to keep my dream alive. 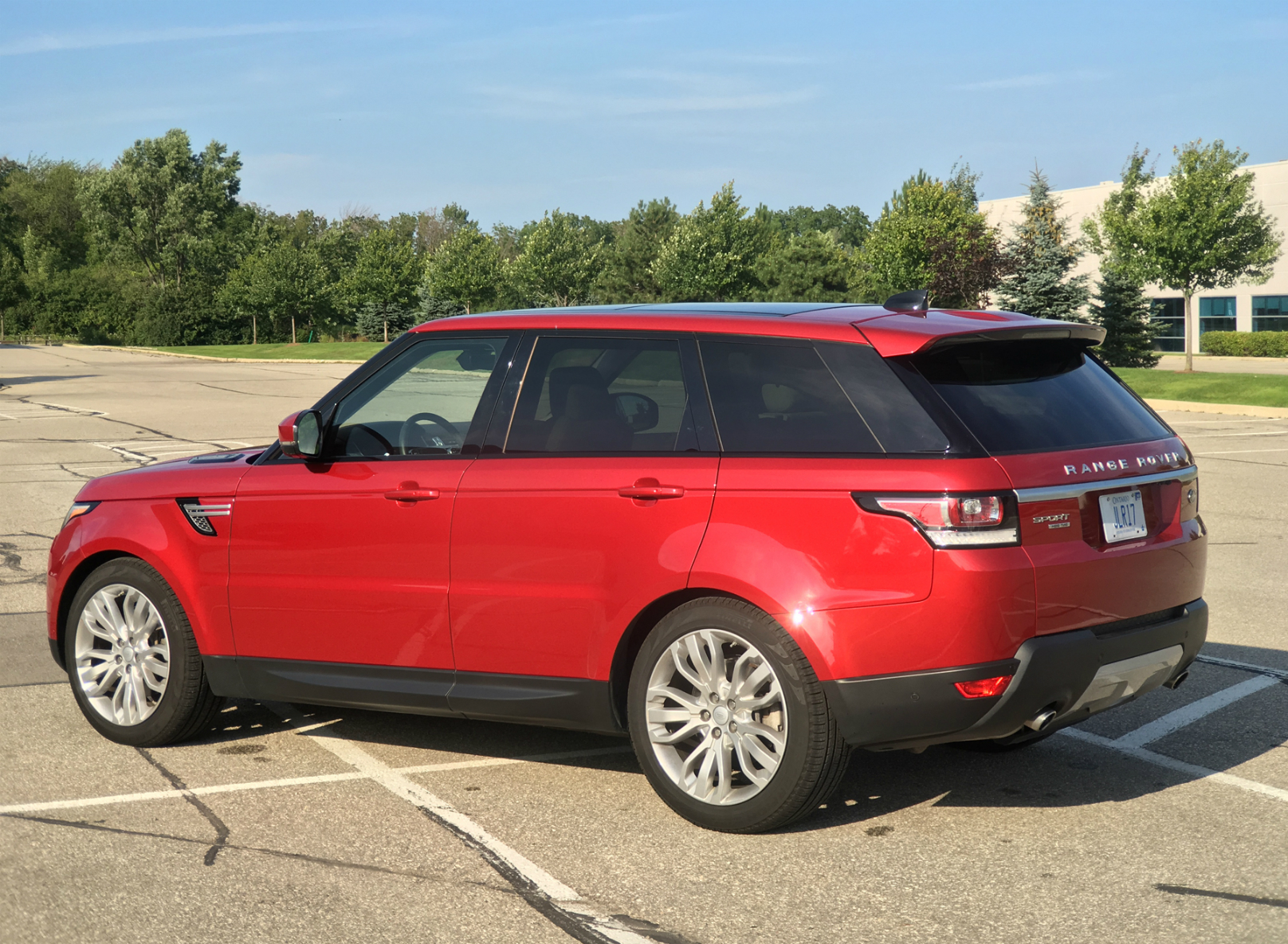