Preview: Jaguar F-Type SVR is the fastest cat in town

The F-Type SVR crackles like a jet fighter and feels just as quick. The exhaust system can be opened up with the flick of a switch to provide extra crackle away from towns, and it’s a satisfying sound few production cars — if any — can match.

BARCELONA—Every carmaker has what’s called a “halo” car — the best in the lineup and probably the most expensive. It’s something to aspire to. It makes your cheaper car better, because there’s a big brother that’s proven itself against the best there is.

Audi has the R8 V10 Plus, General Motors has the Corvette Z06, and Acura has the NSX. You get the idea. Now Jaguar has the F-Type SVR.

RELATED: Top 5 performance cars at Canadian Car of the Year 2016

Jaguar’s Special Vehicle Operations division is its ultimate performance brand, newly-established in the U.K. to make the most of the company’s vehicles. It introduced the Range Rover SVR last year as the most powerful and capable SUV in the lineup, and now it’s doing the same thing for the F-Type two-seater. 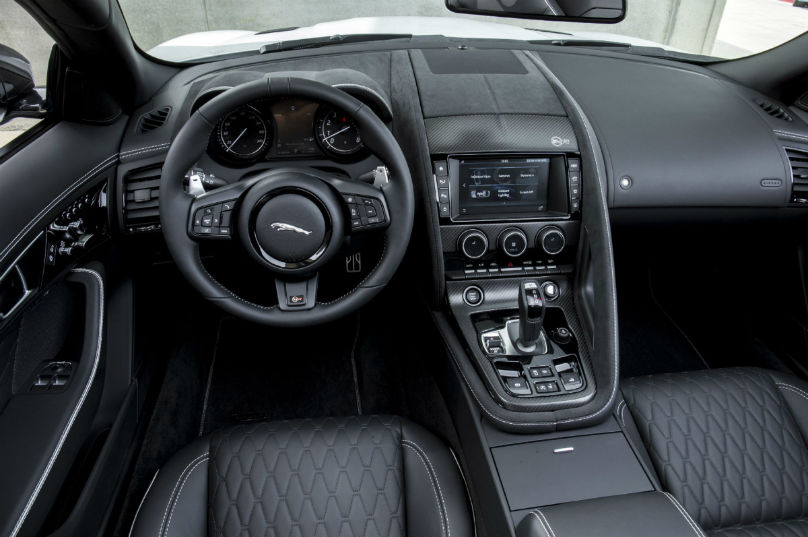 That depends on what you want from your car. Bragging rights? Absolutely. A winning track experience? Then, of course. A gorgeous Jaguar, with power, grace and comfort? Forget it — go for the basic model and spend the $60,000 savings on your kids’ school fees, or an addition to the house.

But if money’s not a problem and you want the best of the best, then the SVR is the way to go.

It sits at the top of a model lineup that includes a choice of three other engines, two powertrains, two transmissions and either a coupe or a convertible. The basic coupe costs $78,500 and makes 340 horsepower from its V6, which is more than enough for civilized driving, but the supercharged 5.0-litre V8 of the SVR makes it the most powerful production Jaguar ever produced. 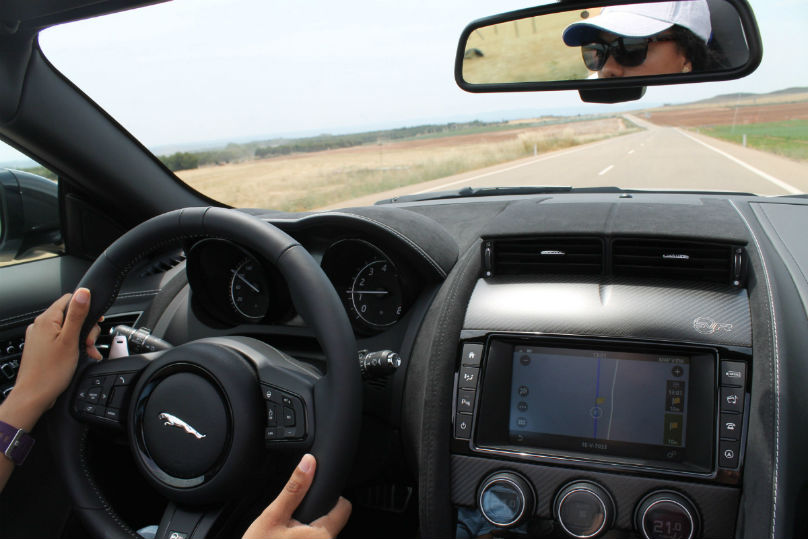 It will surely cannibalize sales from the F-Type R, which makes 550 hp and used to be the top of the line. There’ll be plenty of owners of the R now upset they didn’t just wait a year for the superior model but that’s their problem, not yours.

So what do you get for the extra money? You get a car that uses lighter materials to weigh 25 kg less than the F-Type R and, if you opt for the carbon-ceramic brakes, forged aluminum wheels and carbon fibre roof, it can weigh 50 kg less, though it will cost close to $20,000 extra. That’s a big difference on a track, and it’s good for a 3.7-second dash from 0-to-100 km/h — 0.4 seconds quicker than the R.

It comes with an active rear wing that helps reduce drag by 7.5 per cent and lift by 45 per cent. That’s very important on the back straight. The SVR now has a top speed of 323 km/h with the wing in place, and you don’t want any lift at that speed. 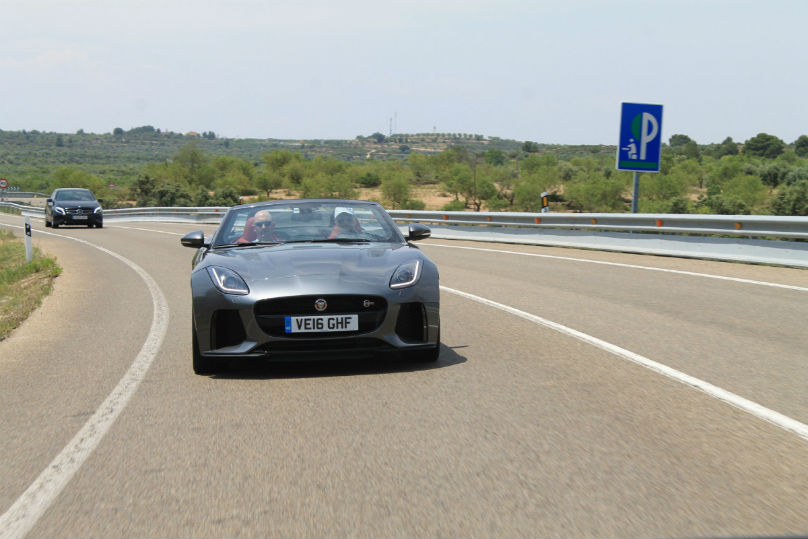 I hit 288 km/h at the end of the 2.2-km straight here at the Motorland F1 circuit, and the car felt stable with two more gears to go. It also felt secure around the curves, both tight and gradual, thanks to the torque vectoring control of its all-wheel drive.

It felt like it would hold its own against an Audi R8 or a Porsche 911 Turbo, both more expensive with their own take on style. The front-engined Jaguar, of course, has its long hood and small trunk, but the cabin is as refined as you would expect.

On public roads here, I swung the car back and forth along the snaking highway through the hills, grateful for the travel-sickness pills I’d remembered to pack. The exhaust system can be opened up with the flick of a switch to provide extra crackle away from towns, and it’s a satisfying sound few production cars — if any — can match. 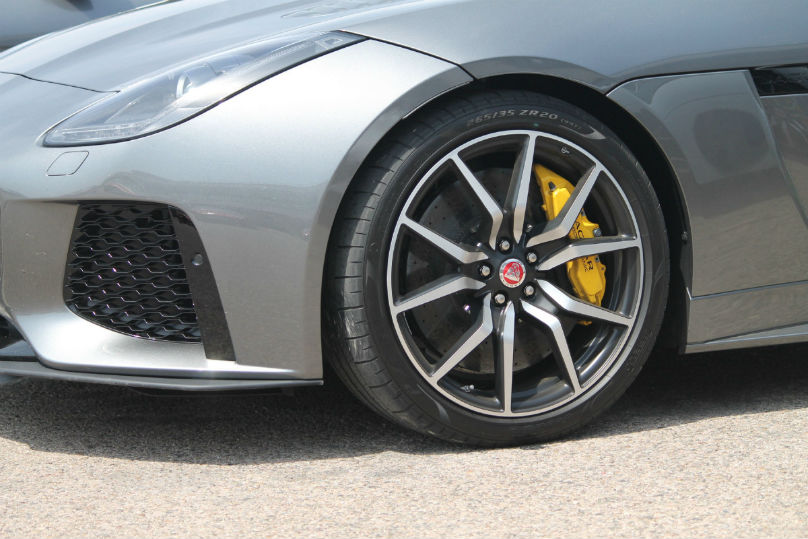 That quad-pipe exhaust is one of the weight savings, being 16 kg lighter than the R version. It’s made from titanium and “inconel” — a super-lightweight, superthin material that also withstands high heat and pressure.

The SVR is only available with an eight-speed automatic ZF transmission, but it’s a lovely box that flicks seamlessly through the paddle-shifted gears. There’s a Regular driving mode and a Snow mode for gentler pickup, but the Dynamic mode firms up everything for a quicker experience. I left it in Dynamic on the public roads and was quite comfortable.

The rear anti-roll bar is 5 per cent firmer while the front bar is five per cent softer, all designed as a whole to match the tuning of the suspension for the 10 mm wider rear tires. The F-Type is a relatively large car, but it didn’t feel oversized for the tight turns and narrow gaps of the Spanish roads. 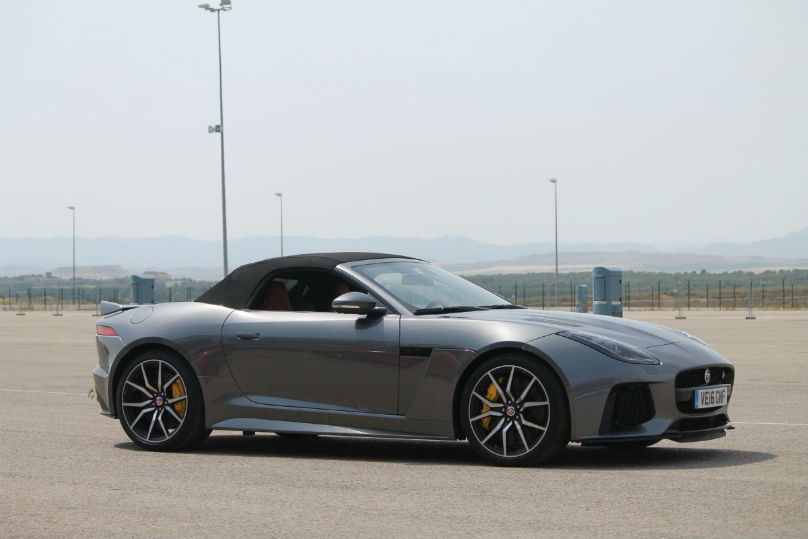 In contrast, the F-Type R felt a bit of a handful on smaller Ontario roads when I drove it in Canada last fall. There was no R available here for a direct comparison on the track in Spain, but it does feel as though Jaguar’s engineers have made their most powerful car easier to drive in everyday conditions.

Is it all worth it, though? It depends on your priorities, but it’s a good deal compared to the competition. From now on though, owning a Jaguar F-Type R will just tell everyone you couldn’t afford the SVR. If that doesn’t bother you, suck it up and look for a good deal on the lesser car. Just don’t bother entering any races if there’s an SVR already on the track. 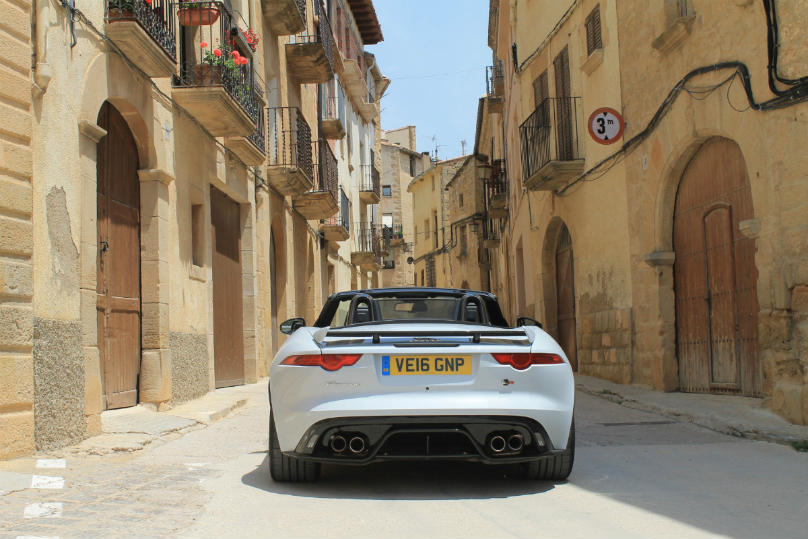 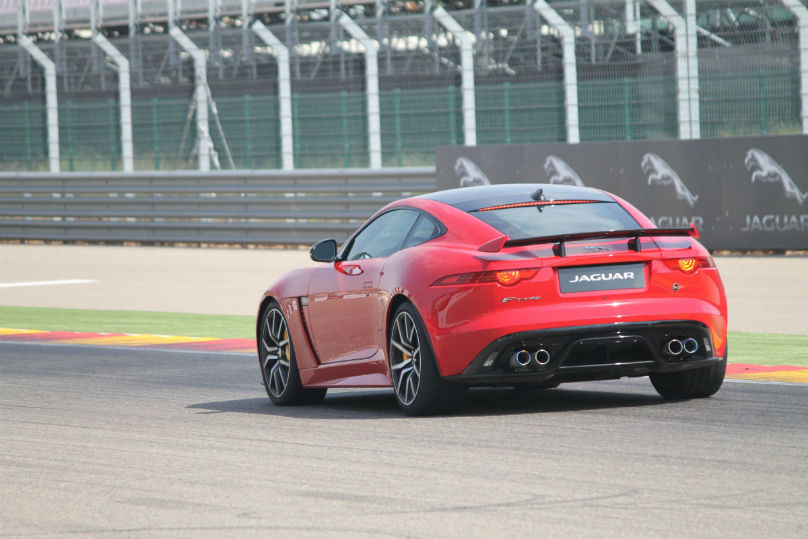 Technology: Keeps up with the competition

What you’ll like about this car: It’s the most powerful production Jaguar ever

What you won’t like about this car: Not having anywhere to test its top speed

Mark Richardson Special to the Star