A 3.5-litre twin-turbo V6 engine produces 500 horses by itself; no fewer than three electric motors add another 73 ponies. Handling is safe, predictable and very competent.

PALM SPRINGS, Calif. — It’ll still be a few months before the NSX appears in showrooms. But to find out how it drives, we went down south to experience this thing on public roads and on a closed track.

Our drive started with lapping on the private “Thermal” country club race track. This is a flat circuit, with mostly tight corners and a couple of long straights.

Honda is not publishing any 0 — 100 km/h times but suffice it to say that the NSX will run with just about any car you can name. Power is available instantly.

We tried using the transmission in both paddle-shift and automatic modes, and actually found the auto mode worked better on the track, leaving you free to focus on steering, throttle and brake inputs.

One downside — occasionally the transmission would upshift in the middle of a corner when I was balancing the throttle. Porsche and Cadillac, among others, incorporate an upshift inhibitor in these cases to prevent any unsettling of the car’s chassis.

Otherwise, handling is safe, predictable and very competent. The Track drive mode will allow a touch of tail-out sliding before it brings you back into the realm of safety. You can shut the nanny systems off completely, but Honda asked that we not subject their valuable prototypes to any such danger, and like good guests would, we complied. 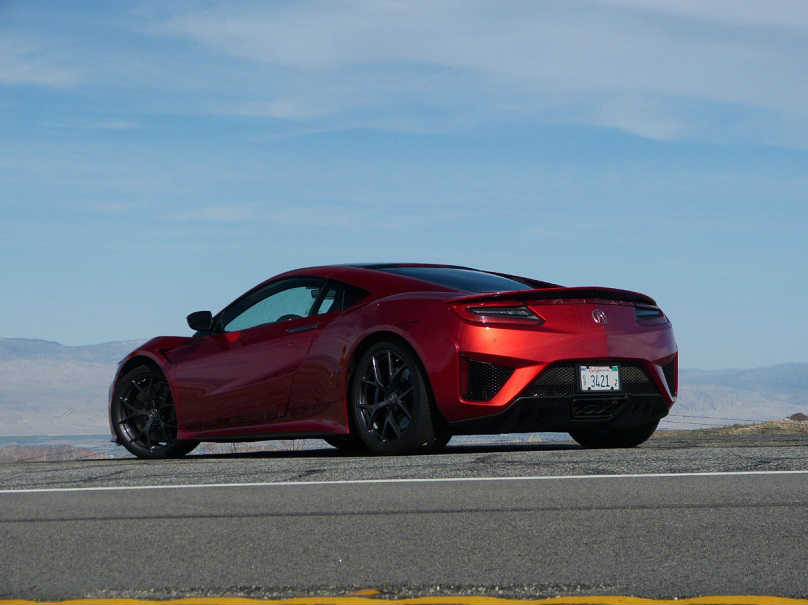 The brakes — our test car was fitted with the optional carbon ceramics — are aided by regenerative braking from the electric motors. They are nothing short of fantastic. Strong, progressive, and with the best electric-friction balance of any electrified car I have yet driven.

Launch control is completely drama-free. Not a hint of wheelspin. The electric motors create an initial lurch forward, and then the power of the engine kicks in.

The lack of drama, however, provides a key to the car’s overall personality. 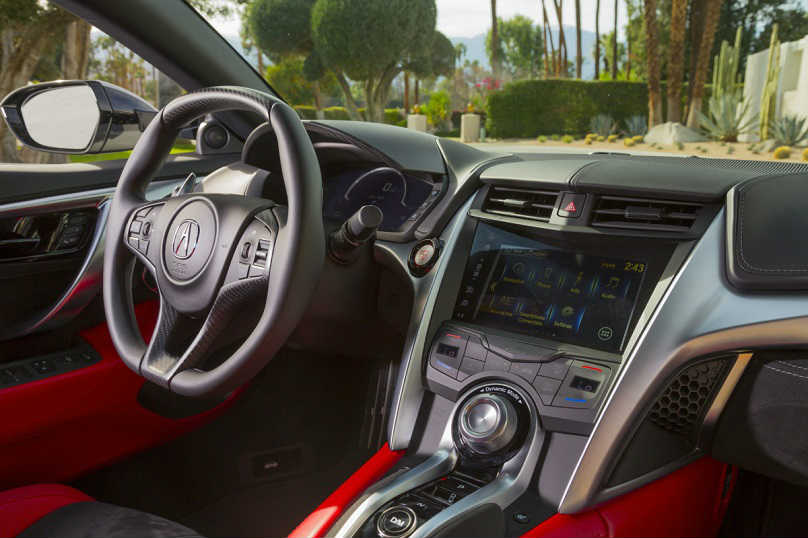 On the road, the so-called Quiet drive mode allegedly can provide up to three km of battery-only driving at speeds up to 80 km/h. We could barely get the car to move three meters before the engine coughed into life.

Sport, Sport + and the aforementioned Track modes were the preferred settings.

The road drive followed the properly famous Highway 74 up into the mountains west of Palm Springs. We found the paddle shift mode more fun off the track.

The car was indeed very docile on regular roads and attracted a predictable amount of positive attention from other road users.

Now, about that drama-free comment regarding the launch control, and the car’s essential docility…

It would be difficult to argue that Honda should have made the car less perfect. But at least to me and to some of my colleagues, there was something missing in the NSX.

A sense of occasion. A sense of — well, drama. A feeling that gets the hair on the back of your neck to stand up.

Are we seduced by the glamour of names like Porsche, Ferrari and Lamborghini?

Maybe. But the Audi nameplate doesn’t have quite that same level of glamour, yet the R8 somehow feels more inspired.

Is it that the NSX will be three times more expensive than the next most expensive car in the Acura showroom? Possibly.

During the first attempt at developing a new NSX some ten years ago, the “docility” level of supercars was much lower than it is today. Even a modern 911 Turbo could be driven by your grandma to that bridge club, so maybe the NSX doesn’t move that needle far.

Acura dealers who have seen the car feel it is the right car at the right time. They are the ones who have to sell it.

Owners of the original NSX — initially a bit of a slug sales-wise but now a highly prized collectible — think it is the right car at the right time. They, and their like-minded 30-years-younger colleagues, are the ones who have to buy it. 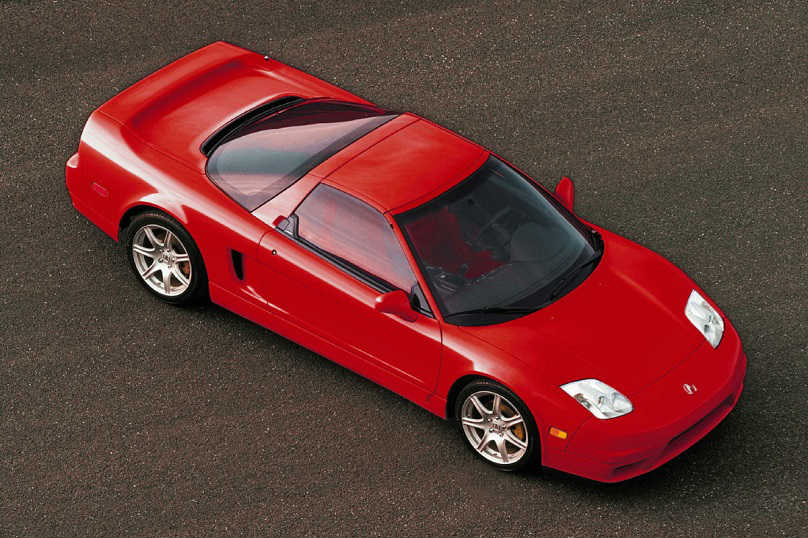 There is so much technology in the new NSX that I barely have space here to skim the surface.

All this material trickery results in a car that weighs in at 1,731 kg, which is hardly a featherweight. That’s one downside of electrification — motors and batteries can be heavy. 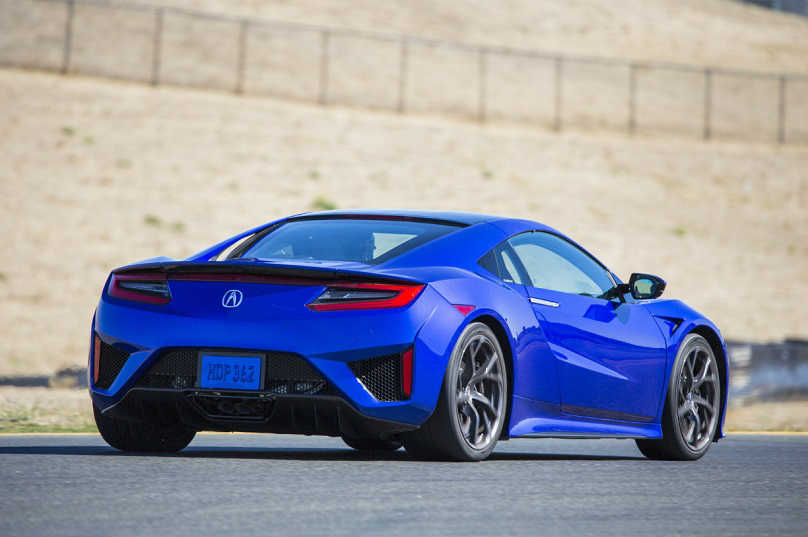 Electrification? Yes. Acura’s parent company Honda doesn’t use the term “hybrid” for this car. Rather, electrification is used as a performance enhancer.

A 3.5-litre twin-turbo V6 engine produces 500 horses by itself; no fewer than three electric motors add another 73 ponies.

One motor is integrated into the engine, effectively replacing the flywheel, very much like Honda’s Insight hybrid. It, and the engine, drive the rear wheels through a nine-speed dual clutch transmission.

The other two motors each drive one of the front wheels, with the power split front-to-rear, governed by complex electronic circuitry.

Those front motors can also apply negative torque to each wheel, aiding braking and assisting in corning. 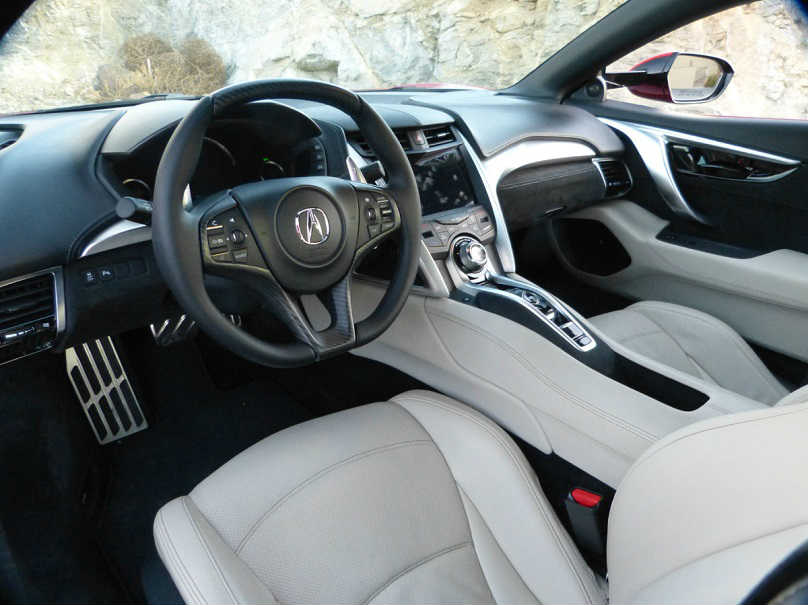 Because torque can be applied instantaneously via the electric motors, every driver input is immediately applied to the car.

The NSX is a striking car, especially in bright red, which is why I scooped one of those for my test drive.

And speaking of scoops, all those scoops and vents on the body are functional in a couple of ways. Not only do they direct much-needed air into the car to supply the engine and, notably, cool the electric drive components, they also direct that air to aerodynamic ends to reduce drag and provide downforce at higher speeds.

A degree of agility is needed to fold yourself in, but once inside the car feels decently spacious. Visibility thanks to those slim A-pillars is terrific.

The controls, apart from the selector knobs and buttons for the transmission, would not look out of place in any Honda, which is good and bad. Yes, they are instantly accessible, but they also don’t give you that “wow” factor that you get in cars like the Audi R8, Porsche 911 or Ferrari 488.

Given that I had driven to Palm Springs in a new Civic, it was especially jarring to see exactly the same touchscreen central display system from the cheap Honda in the pricey NSX. And, it was equally horrible in both cars.

wheels@thestar.ca and put his name in the subject line